What a busy day this turned out to be.

I’d been working with the National Trust at Stowe since the middle of the previous year trying to see whether we could set a few geocaches on their land. During that time we’d got to the point of seeming mutually interested, but then their marketing lady left and they went into a rather busy period while they moved their operations round into the recently renovated home on the south side of the estate, and as a result it all went a bit quiet.

I contacted them again at around Christmas time, hoping that things had moved on, and indeed they had moved on, to the extent that they were ready to talk to me about some locations. My initial plan was to place caches through the inner landscape gardens. There are a lot of different tree species in the gardens and I thought it would make a good theme for the series to use different tree types. In the event, though, that wasn’t to be. I set out an excellent (well, I thought it was excellent) set of 16 caches in the gardens and prepped all the pages, but when I released them the reviewers bounced them on the basis that the gardens are pay-to-enter, and that’s not allowed under current rules, even if it’s for a charitable organization. So I had to go back and collect them all up again and think of another plan.

I went to see the head gardener one day and he made the cunning suggestion that I take a walk around the outer estate (the Parkland). Well, it was worth a go. In all the times I’ve visited Stowe while I’ve lived in Milton Keynes (maybe 20 or more over the years) I had never been outside the gardens. It proved to be quite varied, interesting, and very good for placing bits of tupperware. I went again one day armed with a bag full of tupperware in various sizes, and was more or less able to just walk around looking for (and finding) interesting spots to drop them. There were plenty of interesting features such as big trees, bridges, stumps, follies / monuments, and other general features and it was really quite easy to set a series. Which was rather excellent.

When I thought I’d placed enough I released them all and, again, had a bit of an issue. A couple of them were in areas where despite the path and the ownership by the National Trust, I couldn’t place caches because either there was no permissive route over the land or because there was an issue with proximity to livestock. They have a tenant farmer who grazes animals on one side of the parkland and he didn’t like it.

Initially I was a bit irritated by that, especially as I’d released them a few days before my planned launch event and several people had already done some, but essentially a couple of days before my launch event I had to go back again to remove 7 of the caches I’d placed, and to find a bunch of extra locations to replace these. I did find another 7, but by the end I was struggling a bit. But that was my last rework. All told I placed about 30 caches in the parkland, spaced reasonably well around but with no massive gaps anywhere. I even managed to place them such that if you chose your paths well you could get around them all in one loop without any doubling back. Cunning.

I’d planned a release event some months previously and had chosen to host it in the new cafe in the New Inn – their recently refurbished headquarters and a very fitting location for such an event. The cafe does the usual National Trust favourites, especially the cake-based ones.

On the day itself I headed out quite early in the morning to do a spot of finding over at RAF Finmere before meeting Kas and the kids over at Stowe about half an hour before the event was due to start. By the time I arrived there were already loads of cachers in the cafe, most of whom had got up early in the morning and had been for a walk around the grounds already before coming into the cafe for some lunch. I joined them, but not before I’d been outside to check on the only cache of the group that no-one had found so far. It was the closest one to the cafe, so not much time was lost, and sure as eggs is eggs the cache was exactly where I left it. It is a tricky little blighter though.

The event went really well and several people stayed right up to the close time around 5pm. After this it was time for us to go our separate ways. Indeed, the Gardners went their separate ways too. Kas had a running event the following day, so she went home to get some tea and an early night, while the kids and me shot over to Northampton to attend a kick-off event for the 2012 Halloween Hides & Creepy Caches Mega Event, which they’d started planning and were keen to announce.

I didn’t take a lot of photos at the event, but the set below shows a beautiful moment on the previous Saturday when the kids and me got caught in the gardens during a sudden downpour on one of the many afternoons we spent setting and checking caches. The rainbow really looked like it was touching the floor right by our feet. 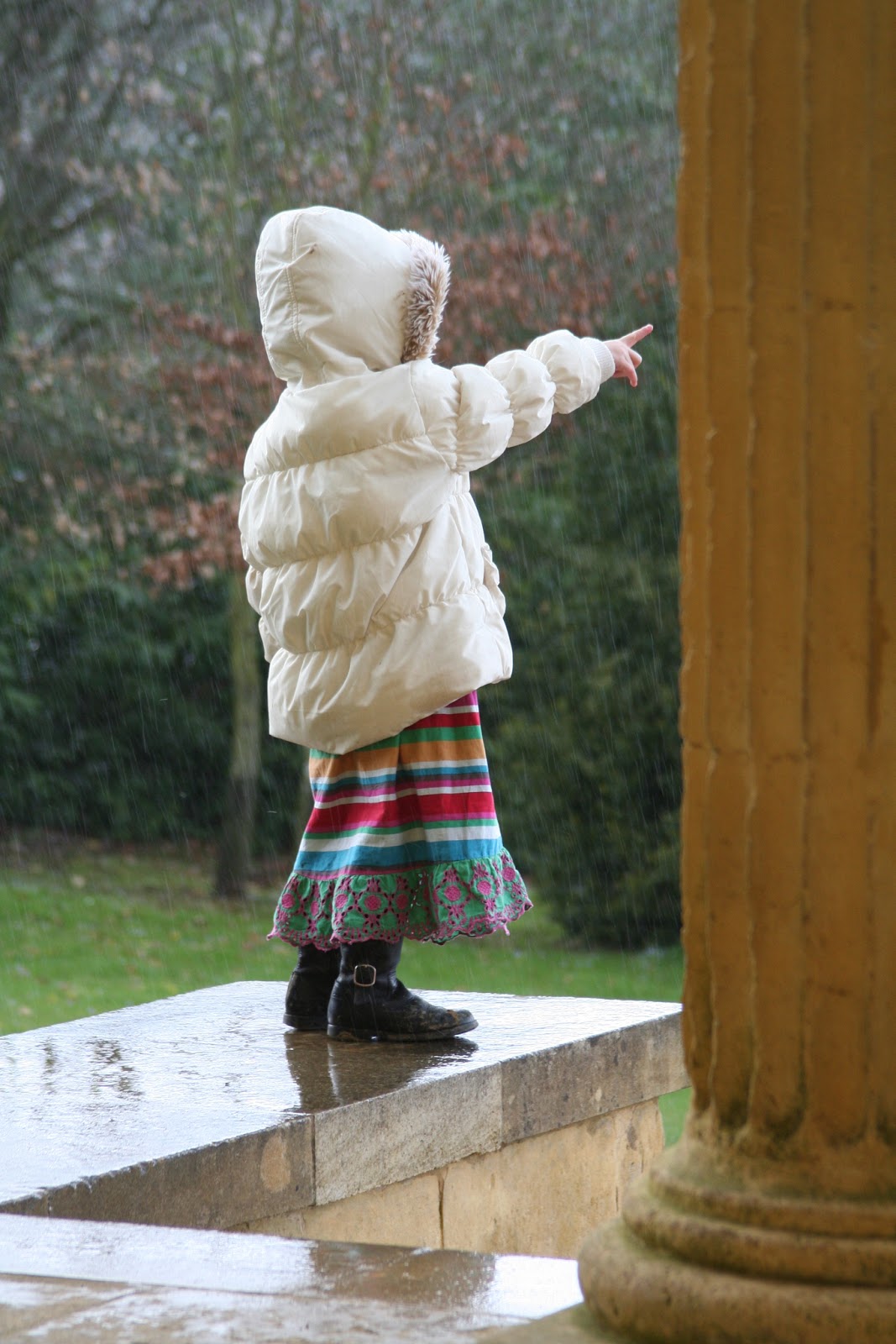 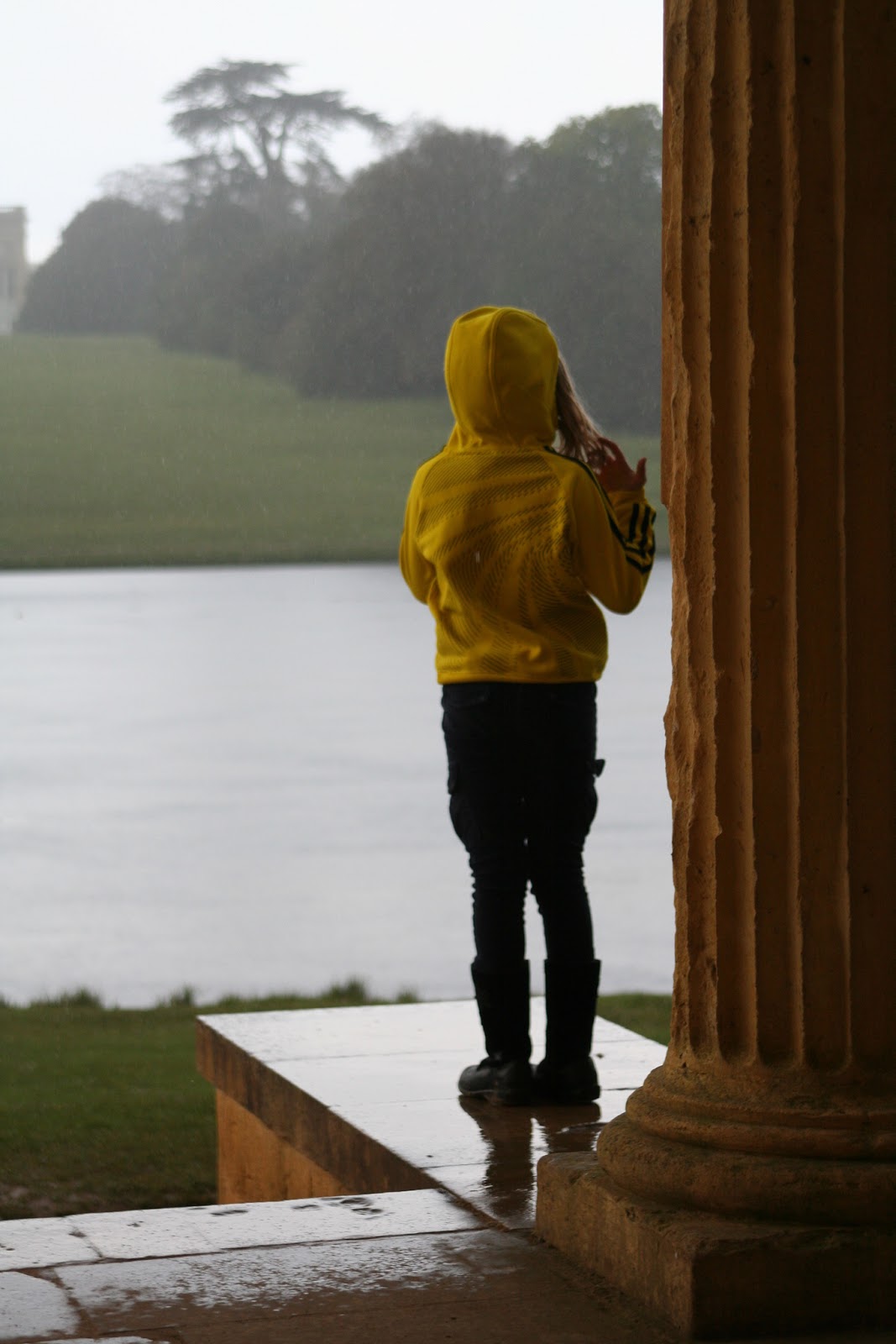 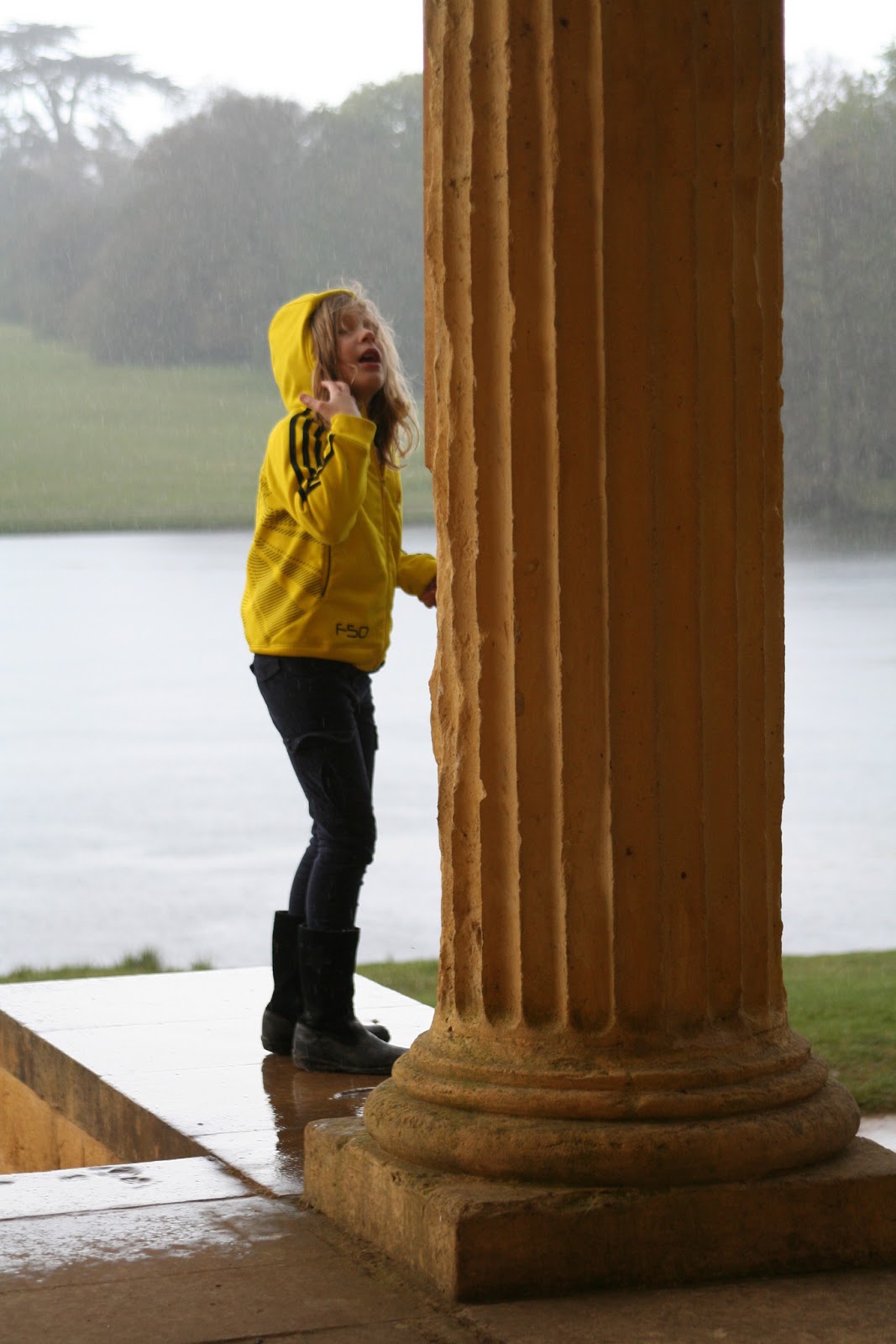 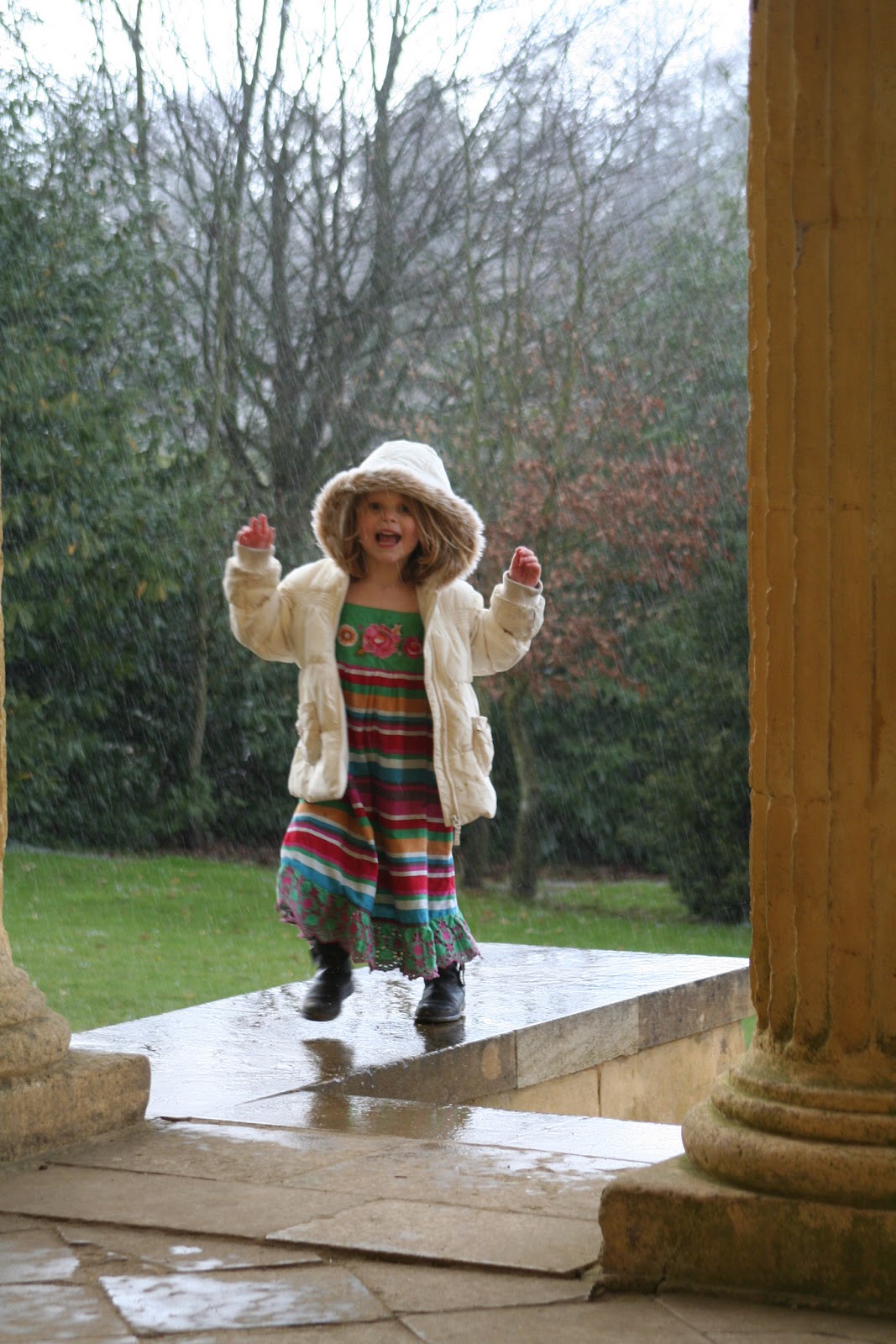 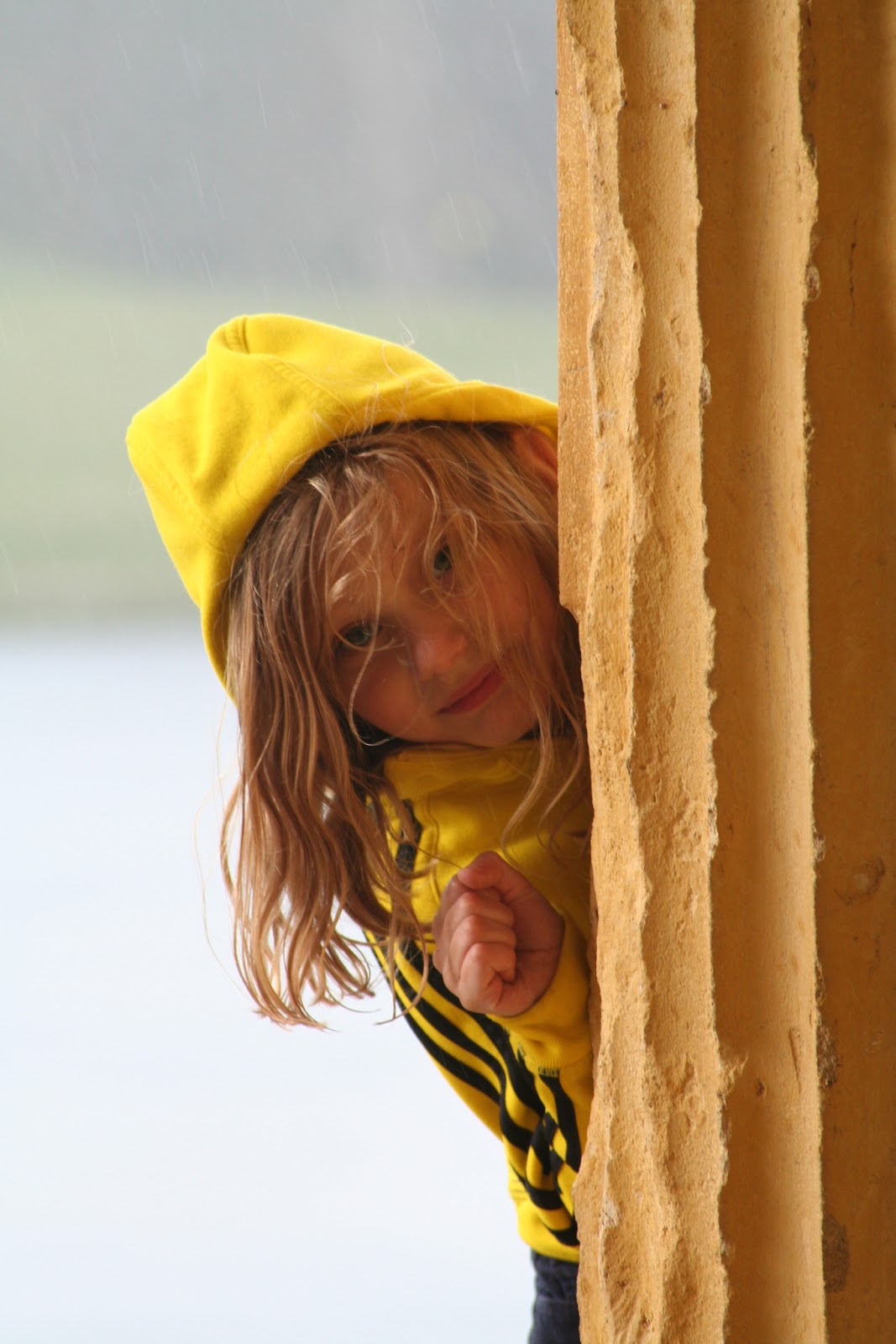 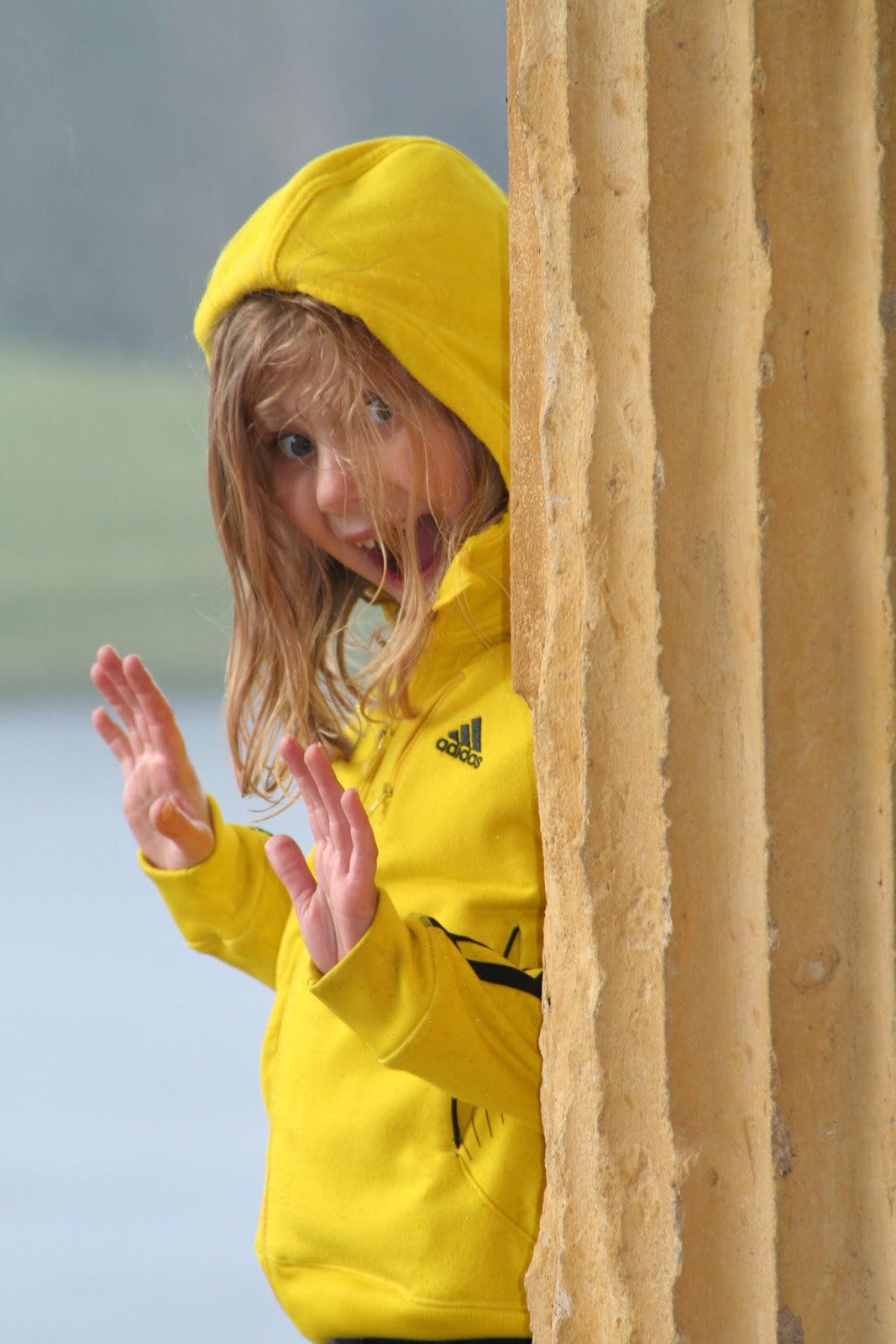 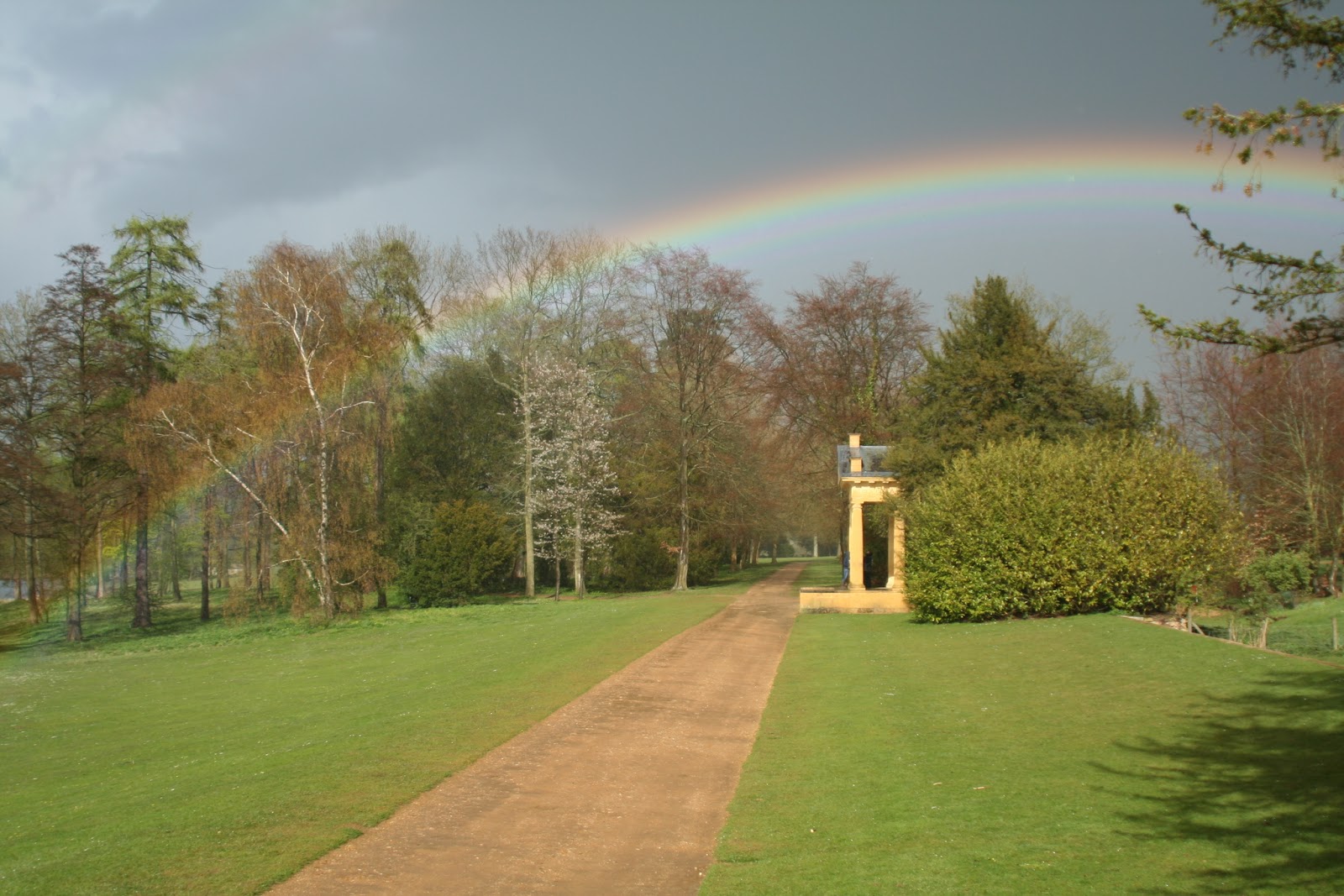 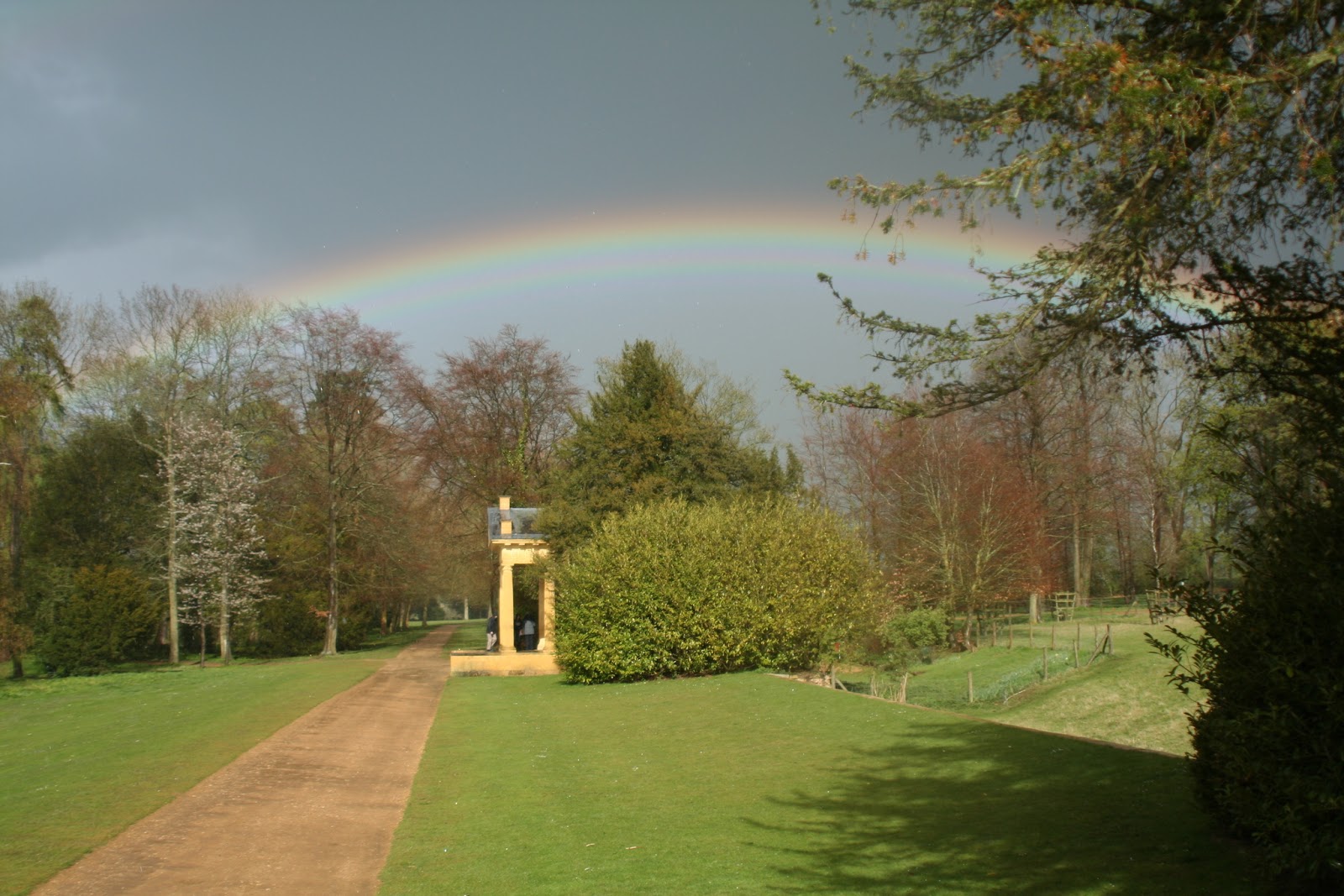 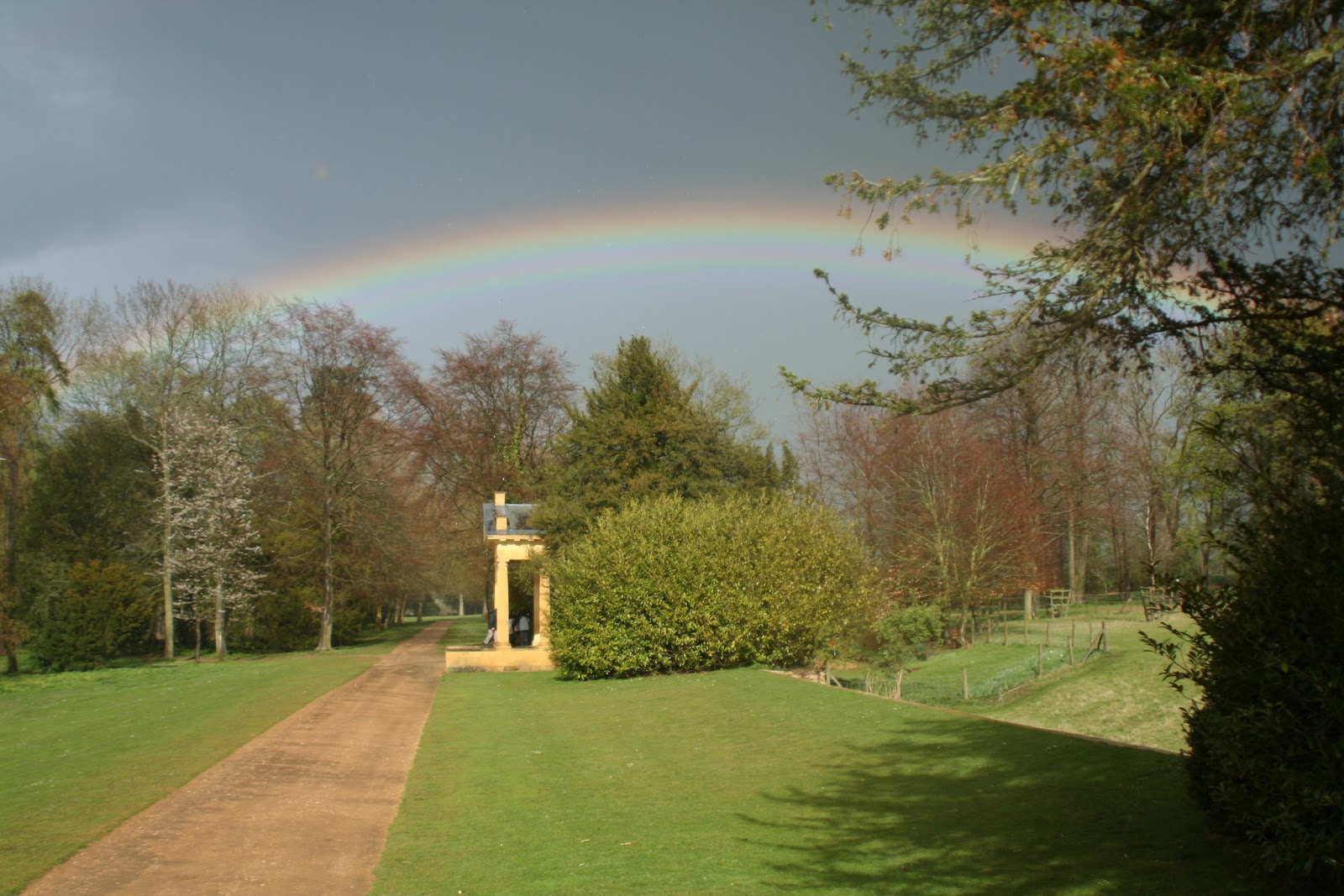 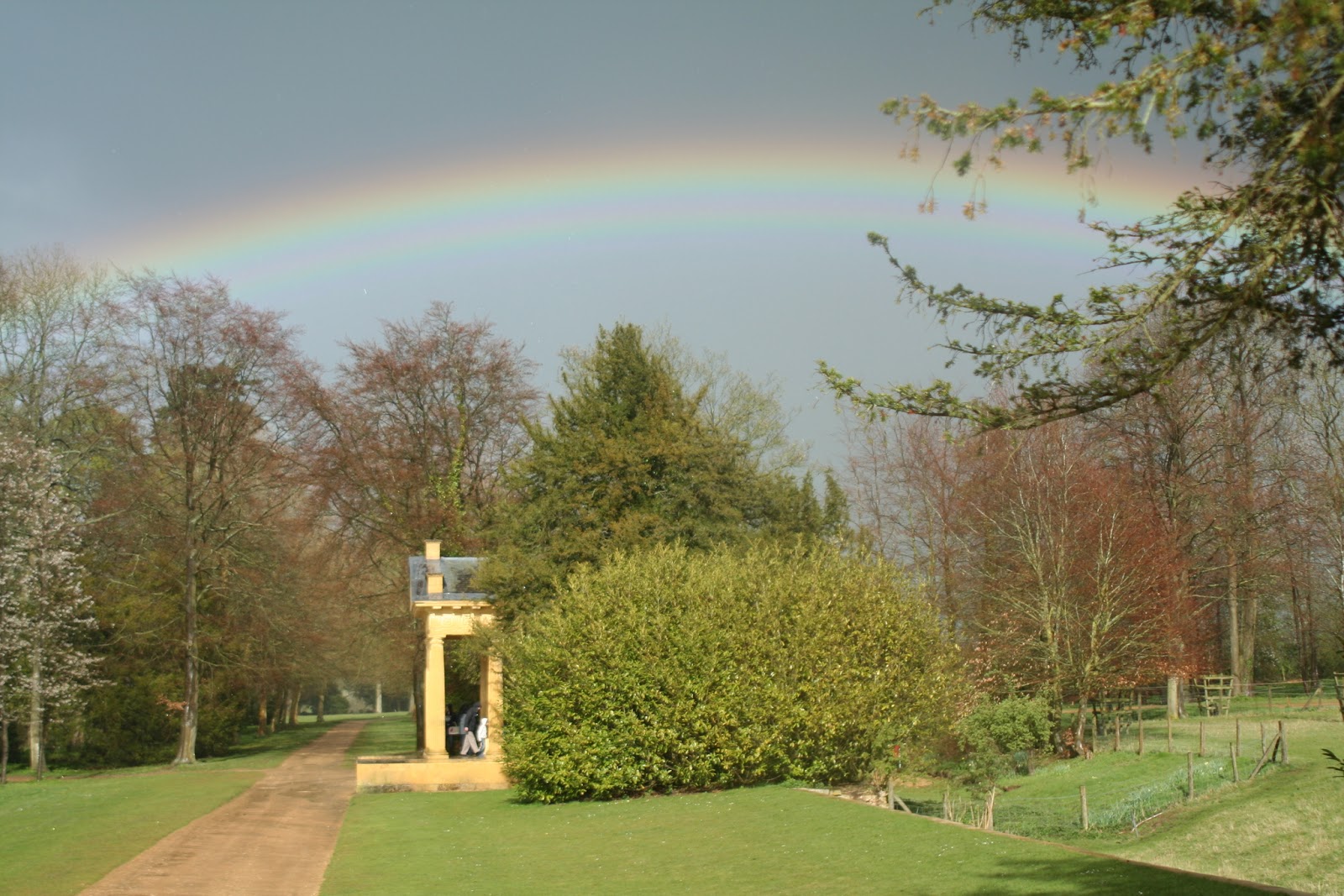