The Gardners » Archives for July 2012

What better way to spend the day than tupperware hunting in the sunshine with a few good friends ! Nothing finer.

The few good friends today were the well known local cachers Wavvy and Norfolk12, plus my own darling daughter Travelling Pumpkin. Our target for the day was the fairly modest 11 in 11 Challenge. What the ? Well, 11 different cache types in 11 hours, that’s what.

11 in 11 is quite a rare beasty to be honest. It has to be planned. In fact, it has to be set up, to make sure that all of the relevant cache types are available within a sensible distance. As far as I can tell there are 15 types that are currently available :

So how many types can you do in one day ?

For Geolympix day there were opportunities to complete numbers 1, 3, 4, 5, 6, 8, 10, 11, 12, 13 & 14. If you’re in Brazil you could possibly make 12 by doing the only remaining Project A.P.E. along with these 11. If you’re in Seattle you could add the HQ. In May 2015 there’s going to be a GPS Adventure and a Mega Event on the same day in Mainz, so if they set up an event and a CITO within an 12 hour window you could do a 12-in-12 challenge there. But I think 12 is your limit, for all practical purposes. 13-in-13 I suppose if someone had a mega with supporting events in Seattle or Brazil and persuaded Groundspeak to do a GPS Adventure there too, but that’s going to be your limit. Why is 13 the limit ? Because you’ll never get an A.P.E. and the Groundspeak HQ in the same day, and there’ll never be both a Mega and a Giga Event within close proximity.

All that rambling is probably making you bored, so back to the plot. 11 cache types in 11 hours is the practical limit in the UK.  It was feasible on this day (and this day only) because of the Geolympix Mega and its supporting programme, which involved an early morning Flash Mob Event at the Banbury Cross Webcam, and a CITO in the evening. Well that’s four of them. Just a Trad, a Letterbox, a Multi, a Virtual, an Earthcache, a Mystery and a WherIGo to find then. No bother.

To be on the safe side we planned a few backups so we weren’t too exposed. A part of our problem was finding an Earthcache within range that Wavvy hadn’t already done, but once we found one (two, as it happened) we were laughing.

We set off from Milton Keynes at some disgustingly early hour as the 11 hours officially started at 8am, in Banbury, a good 45 minutes from Milton Keynes. Wavvy was driving, so we jumped in, taking care to make sure we bunged in a seat for Ami and also making sure we had plenty of electricity, provisions and cameras with us. By anyone’s standards it was going to be a long day.

The webcam was webcammy, and I’m not sure the owner has ever had that many visits on a single day. Probably won’t ever have again either. There was quite a crowd. We searched out a logbook to sign for the event and then began a process of capturing as many trackable codes as we could manage from various people’s t-shirts, hats, cars, walking sticks, and other bits and bobs before assembling for a team photo. Two types done.

And then back to the car to begin the first relocation of the day. Except it wasn’t because there was rumour of an FTF opportunity just up the road. Quite why we thought we’d find it when loads of other people hadn’t I don’t know, but we went for a quick look because we were sorting of leaving Banbury that way anyway. We didn’t find it. A few minutes wasted, but hey ho !

Our next target for the capturing of multiple types was a trip down the M40 towards the Stokenchurch Gap and Lewknor. As we had pretty much guaranteed finds for the virtual plus the Mega and CITO in Oxford then we needed to get a trad, letterbox, multi, mystery, earthcache and wherigo over this way. If we missed any of them we’d be in trouble because we’d have to go “off piste” a bit to find one somewhere else.

We began this stint by attempting GSS09: Neptune – Geolympix Solar System – a letterbox hybrid in the woods. It turned out to be an easy find. The cache is based around the concept of a scale model of the Solar System using the golden globe on top of St Lawrence’s Church in West Wycombe as the sun. The caches are scaled to roughly the right size and are set at the correct scale distance away. Earlier in the year I’d been up to “the Sun” with Norfolk12 and Ami to do all the planets from Mercury out to Jupiter, which was fun. This is how I came to have the correct coordinates for the Neptune hide in my possession. Thankfully, they were correct, and the CO set these up so that you could work out the coords for Neptune without having to find Saturn or Uranus. Finding Uranus is sometimes difficult for a geocacher, even with the use of both hands. To boggle the mind somewhat, using an 8 ft diameter Sun on the church, Neptune was about 5 miles away and the cache was a fist sized tub. Earth was about 300 yds away and was the size of my finger end. Three done.

Next up was a nice old cache called Cache with a view (The Chilterns), a multi which overlooks the motorway a little bit. It was a multi where you can more or less work out the answer from Google Street View and Satellite View. We checked anyway, but my original calculation had been correct and the cache was found about 250 yds from where we’d parked. Four done.

Neptune contained the coordinates for GSS10: Pluto – Geolympix Solar System, a puzzle which turned out to be just over the other side of the motorway from the multi. It was easy to park but then we totally screwed up the walk to get there. We paid insufficient notice of the signs and ended up scrabbling through a couple of hundred metres of think brambles and undergrowth between two hedges when we could just have followed a footpath through the adjacent field. D’oh ! It was a straightforward find once we got there. Five done.

From here we dropped down into the valley and parked up in Lewknor village to attack the remaining types. There were trads in abundance, but also an earthcache and a nice pair of wherigos. We parked up right next to Lewknor Loop 2: Up The Pole – a little trad. Wavvy had it in his hands while the rest of us were still getting out of the car. Six done.

The WherIGos proved to be entertaining. There were two starting at the same place. Wavvy and Norfolk12 had a crack at one of them, running the cartridge on Wavvy’s Garmin, and Ami and me had a crack at the other one, running the cartridge on my iPhone. The iPhone won. The app gave a clear direction and new pin location once each zone was entered. On this one you didn’t have to do anything other than enter the right zone. That makes it sound quite easy. It actually involved walking all the way up to the top of the massive escarpment and all the way back down again. Good job we’d taken drinks and snacks (not) – it must have taken us over an hour on just that one cache. As we returned we bumped into a very dejected looking Wavvy and N12, who’d essentially lost the track at their third waypoint. Theirs was also trying to take them up the escarpment, but on the north side of the motorway not the south. So I guess that was iPhone 1 Garmin 0, but we had the final coords for one of the two. It was unsurprisingly positioned about 10 yds from where it started. If only we’d known. The WherIGo we completed was Simply a nice walk in the countryside or two. Seven done.

Our chosen Earthcache was Lewknor view of the Chiltern Hills – which was just a couple of hundred yards over the field from where we were standing. Eight done.

What, eh, eight done ? It was only early afternoon.

Ho hum, we might as well go into Oxford for the mega event then. We grabbed another random trad in Lewknor as we were walking past.

The drive to Oxford was quickish and drive-ish. Wavvy did a grand job of getting us to the site of University Challenge 5 (munch munch) – a really easy virtual that myself and Ami hadn’t done before. Nine done.

From here we parked up in the town centre, having magically found a roadside parking space, but only with a 2 hour parking ticket. On the way to the event we passed another one of the University Challenge virtuals, and that did for Wavvy and N12. There was also a trad just over the road which for some inexplicable reason the owner had archived and removed the day before the event. There was a Munzee at the GZ and before long there was a temporary replacement too. The owner initially had a few moans about people logging it but eventually relented and allowed them to stand.

Inside the mega was a hive of activity – all the usual sales stalls, people wandering aimlessly, familiar faces, and a well earned sit down with drinks and a cake. Ami was doing well but she looked in need of a rest, so we sat for a bit before going back to the main event room. Whilst in there we managed to track down Cuckoo Cache (could be anywhere) – a travelling mystery cache that I’d heard was going to be in the event. After this we were about to run out of parking so we had to leave. Ten types done. 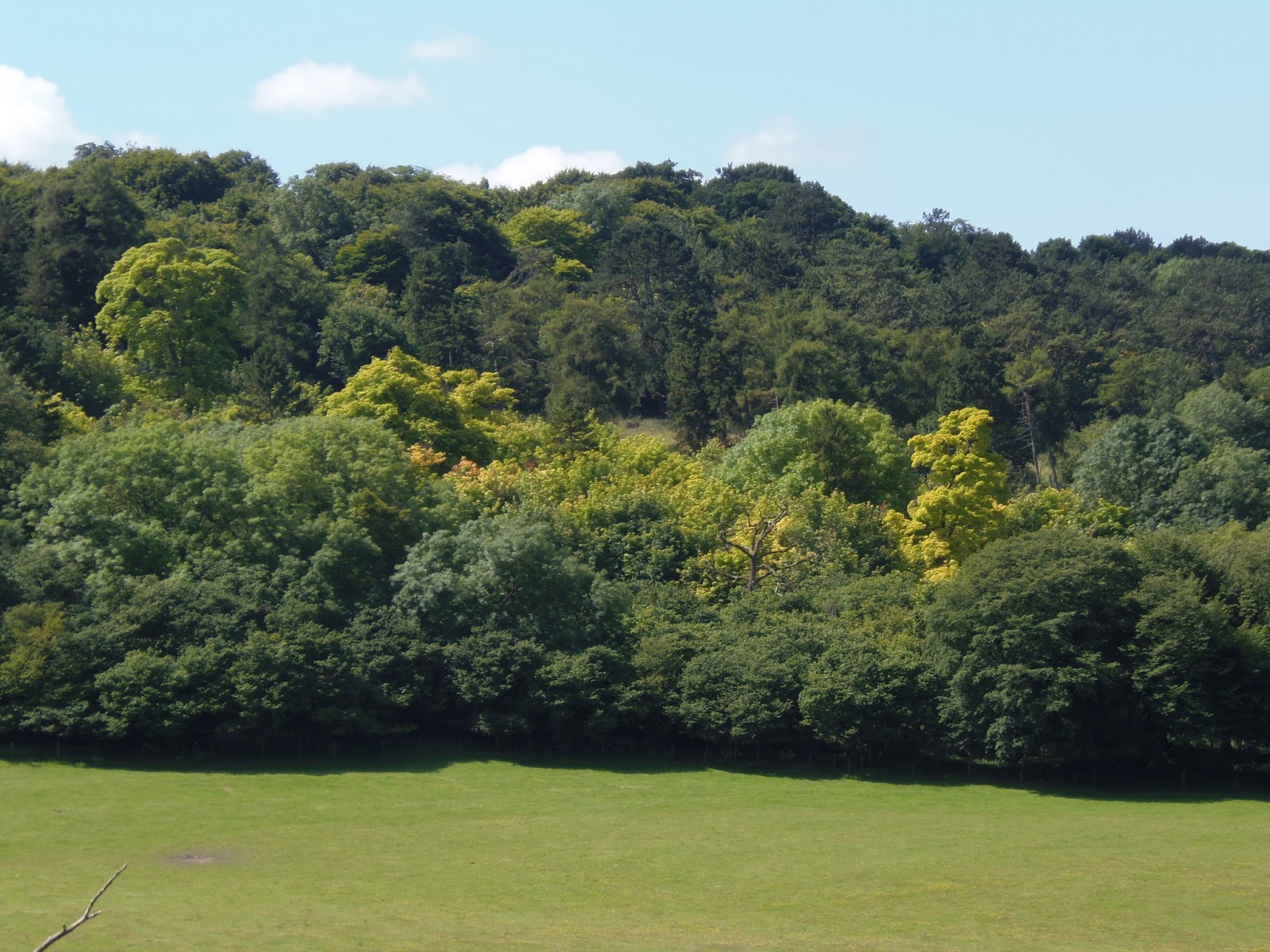 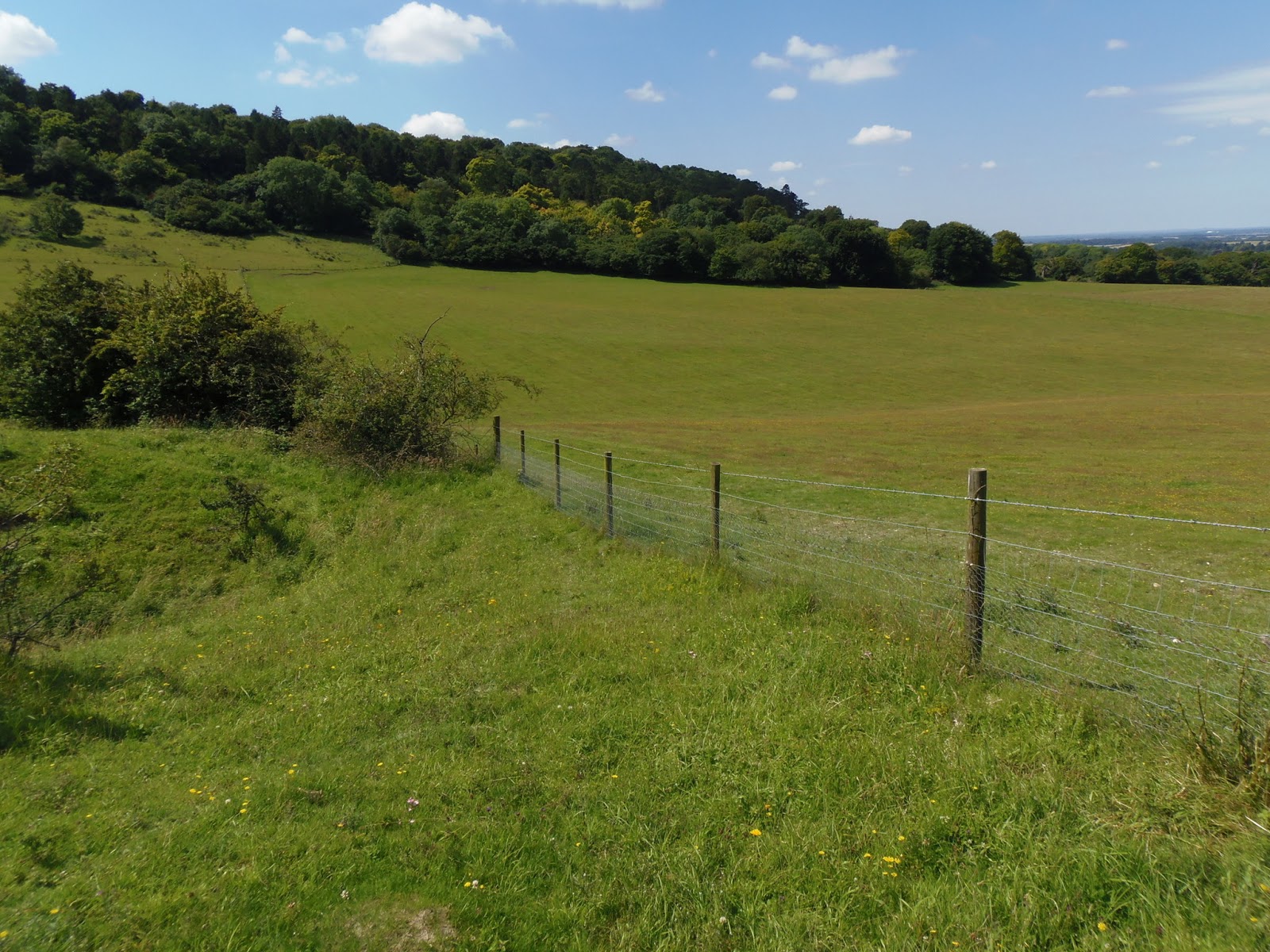 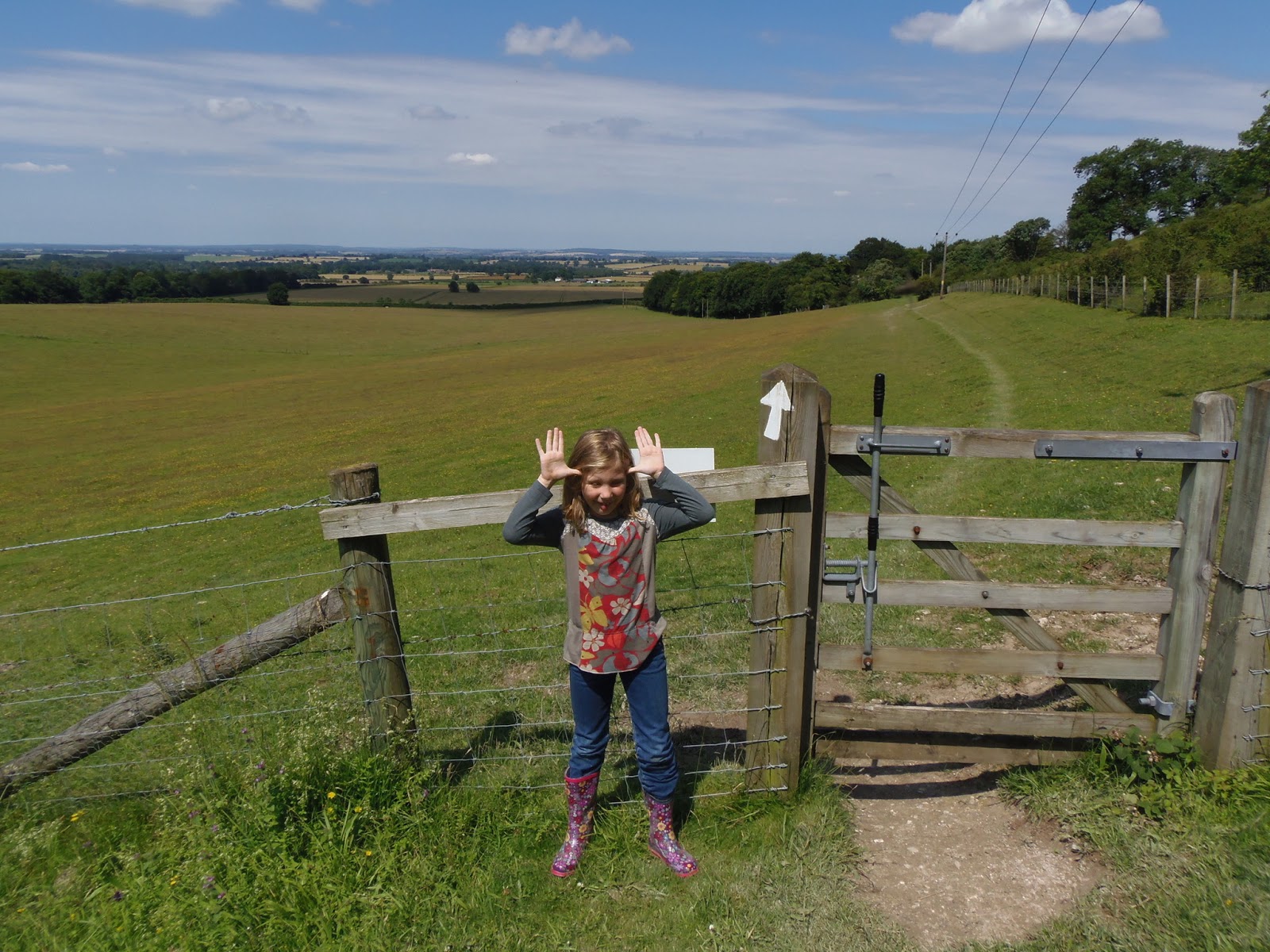 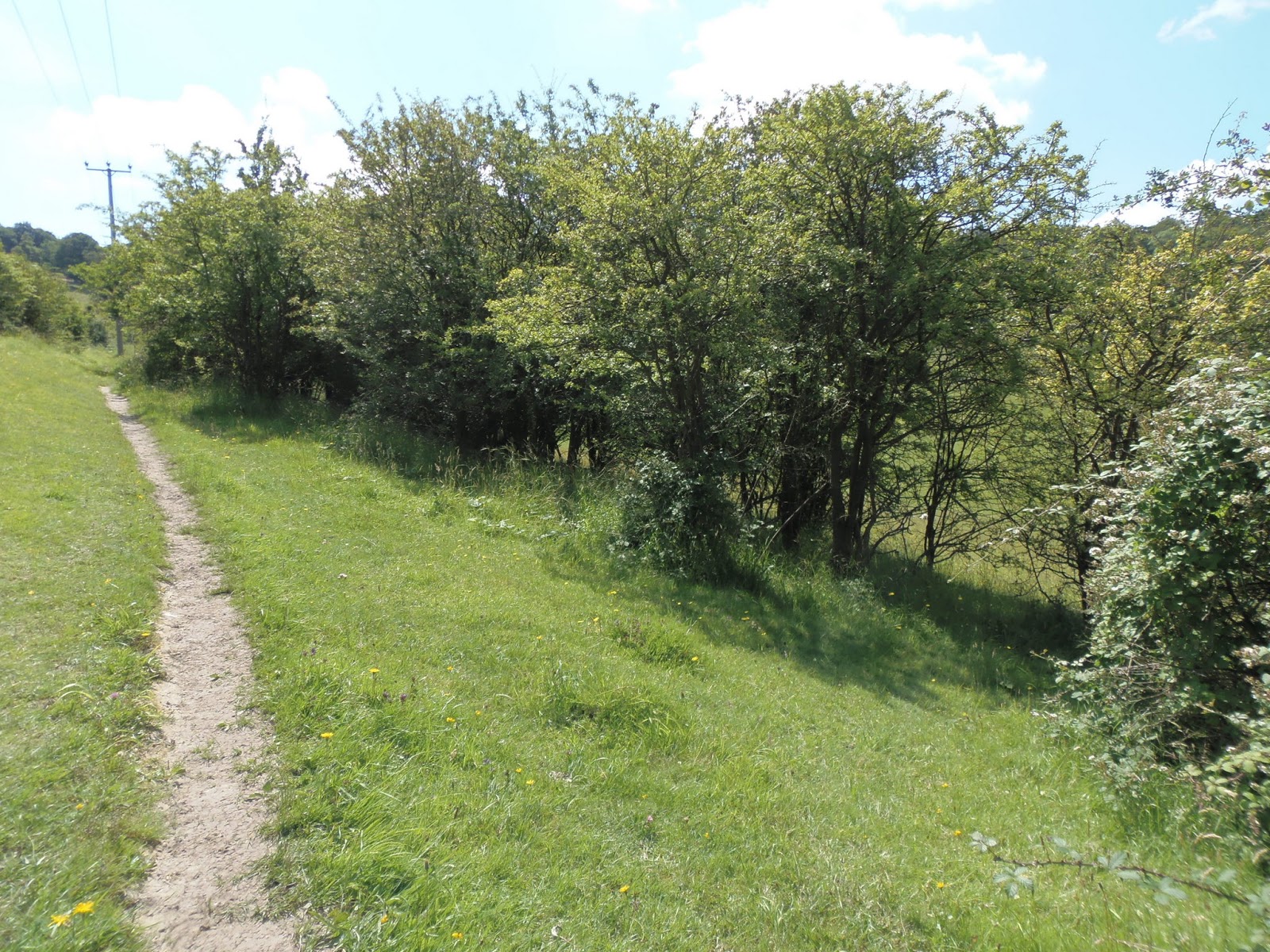 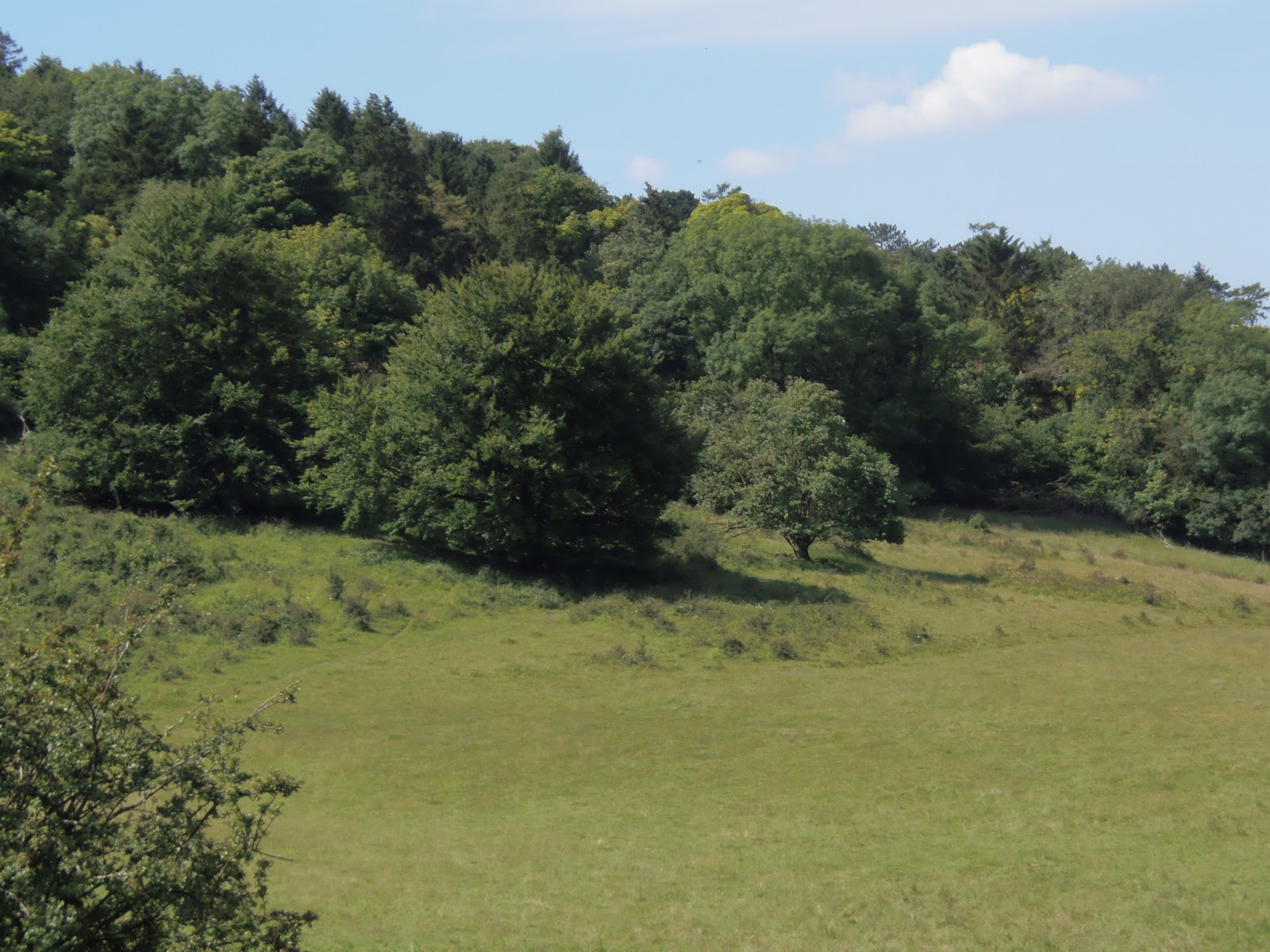 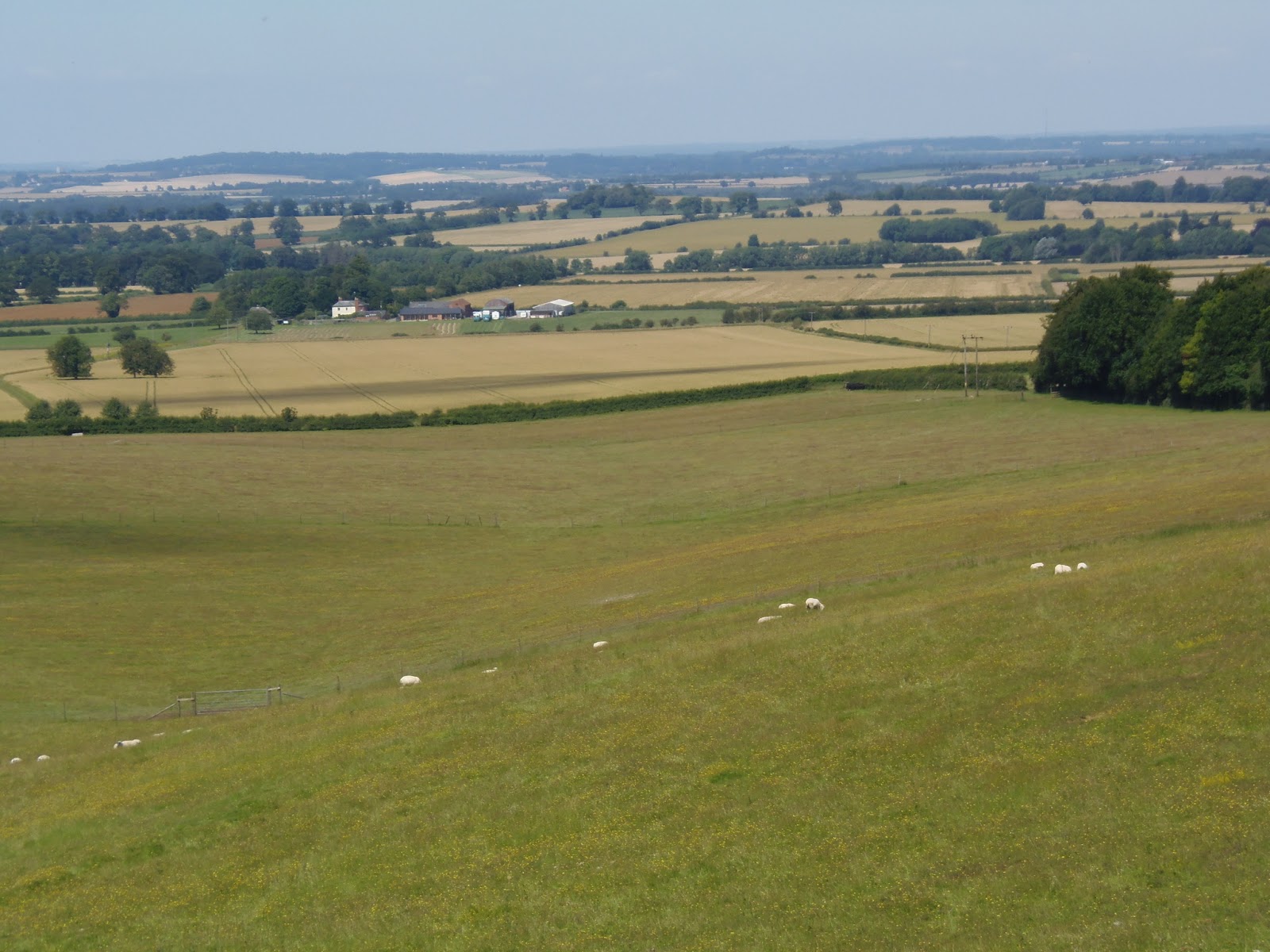 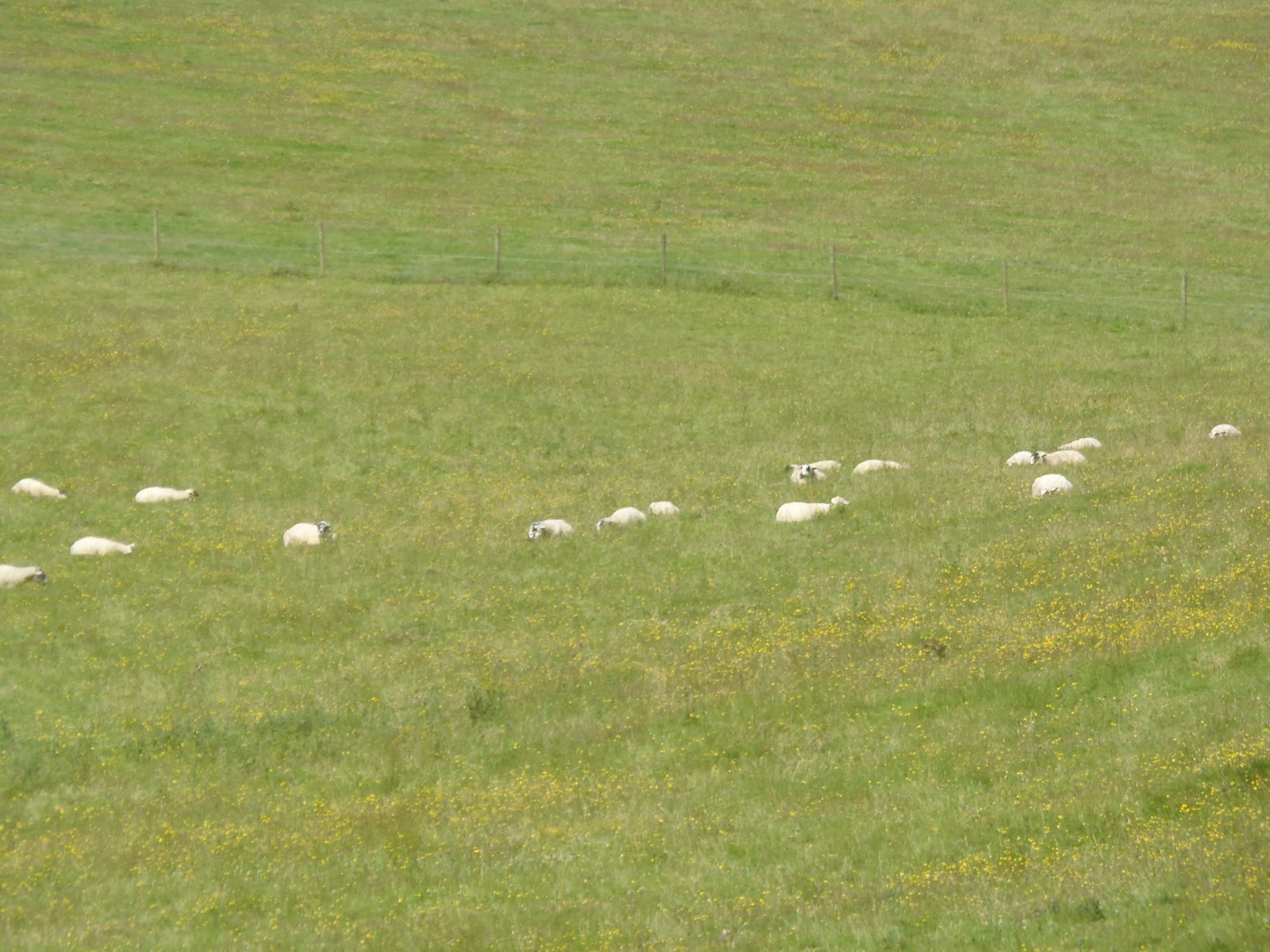 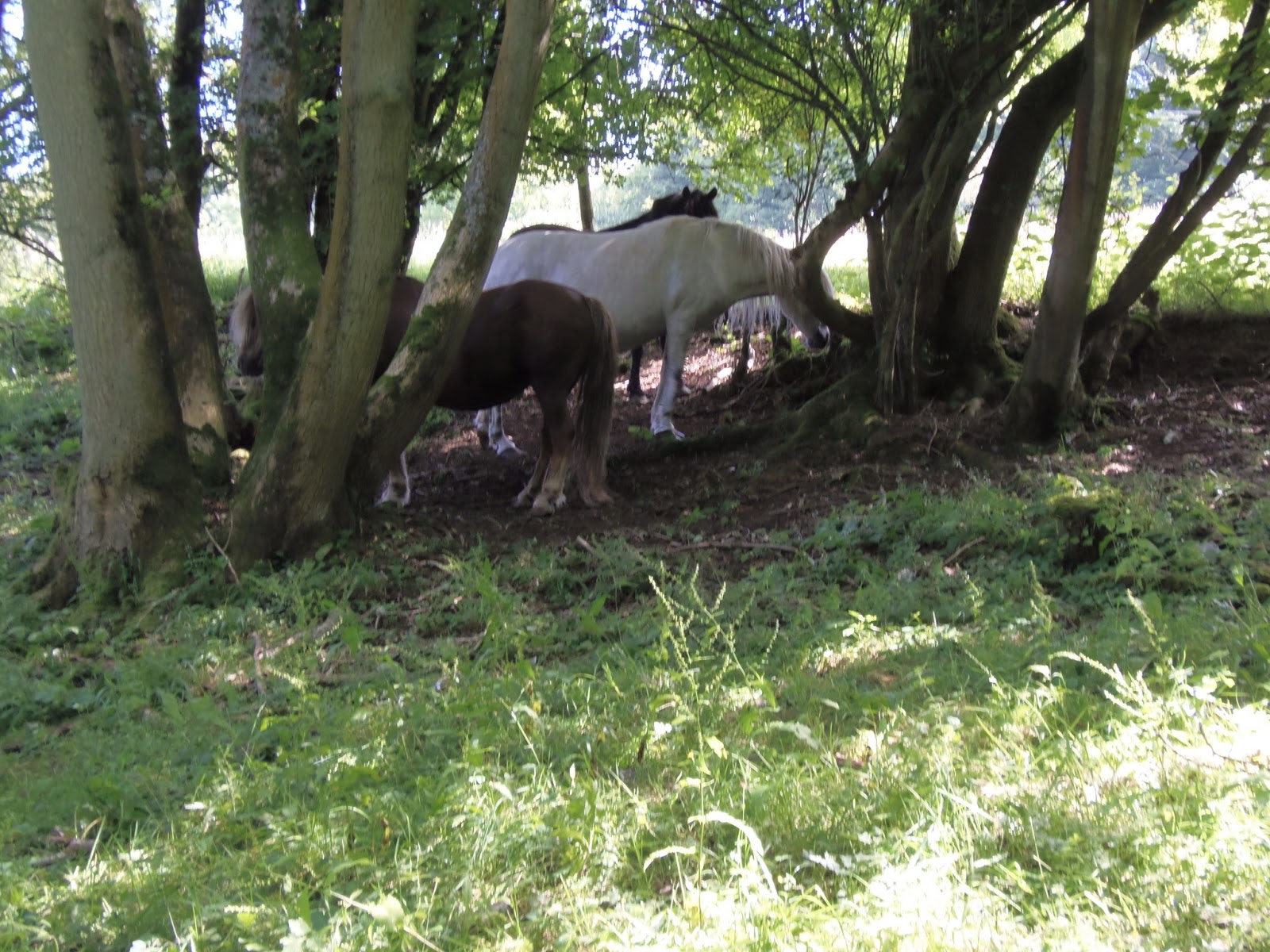 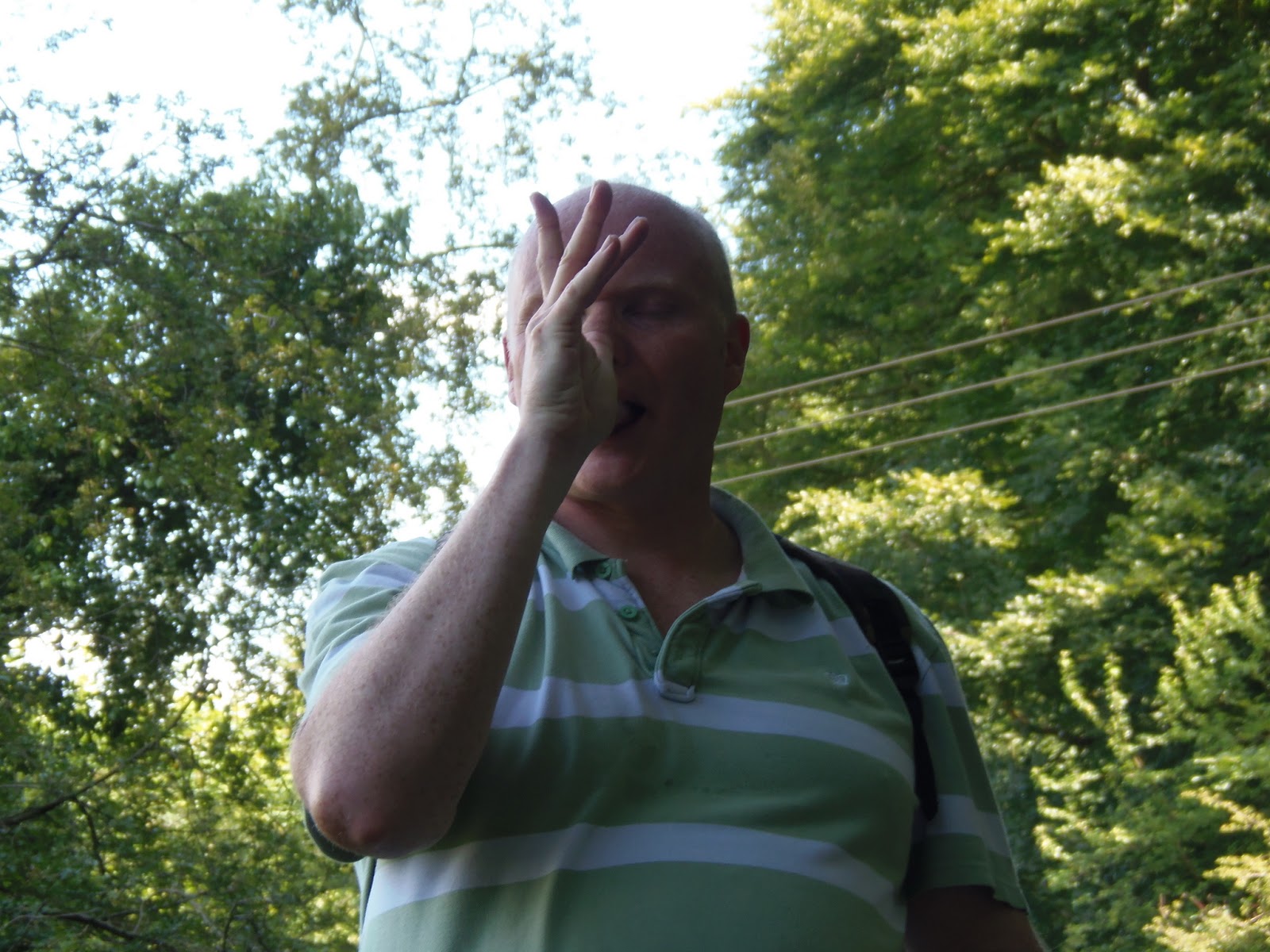 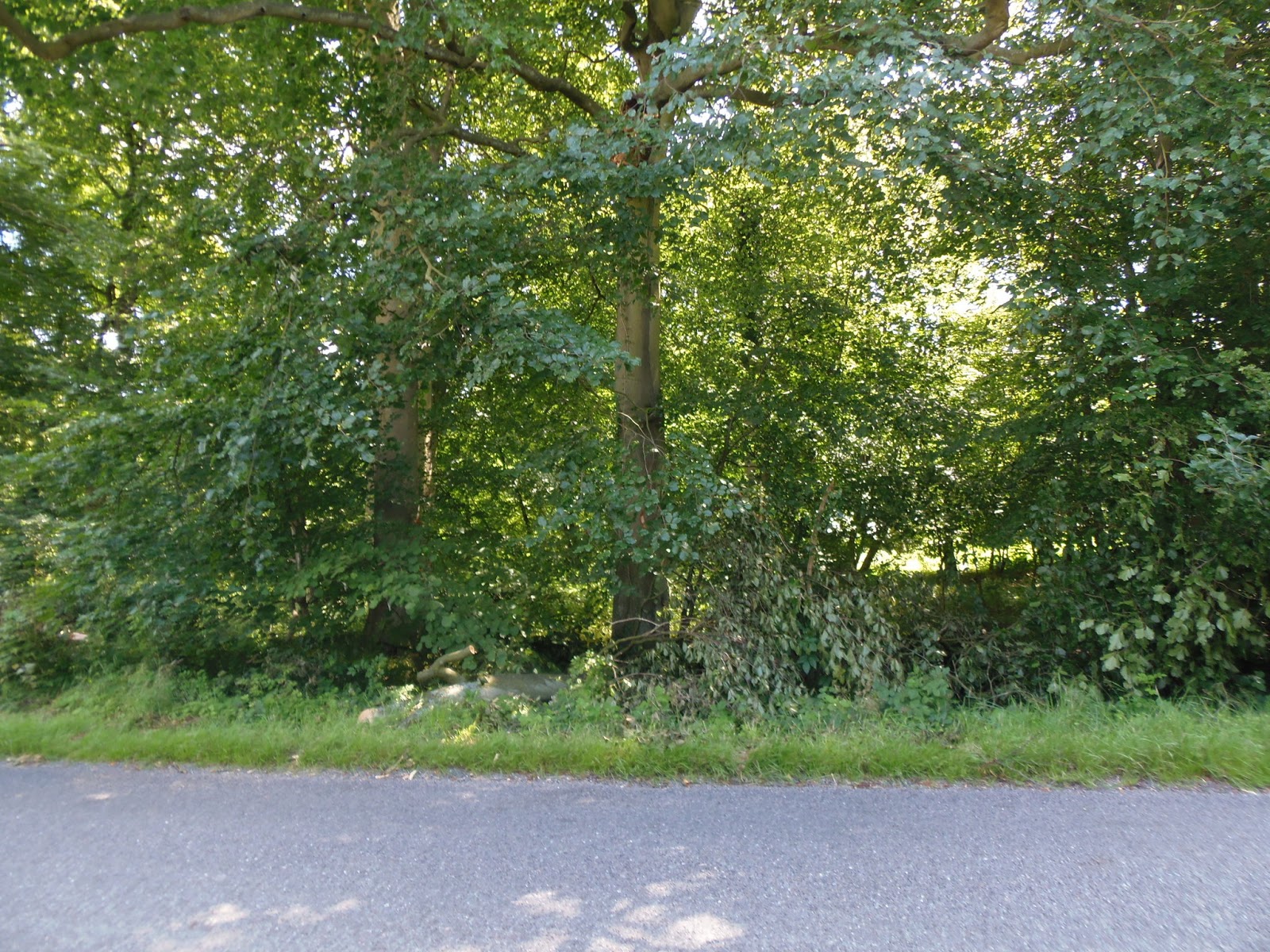 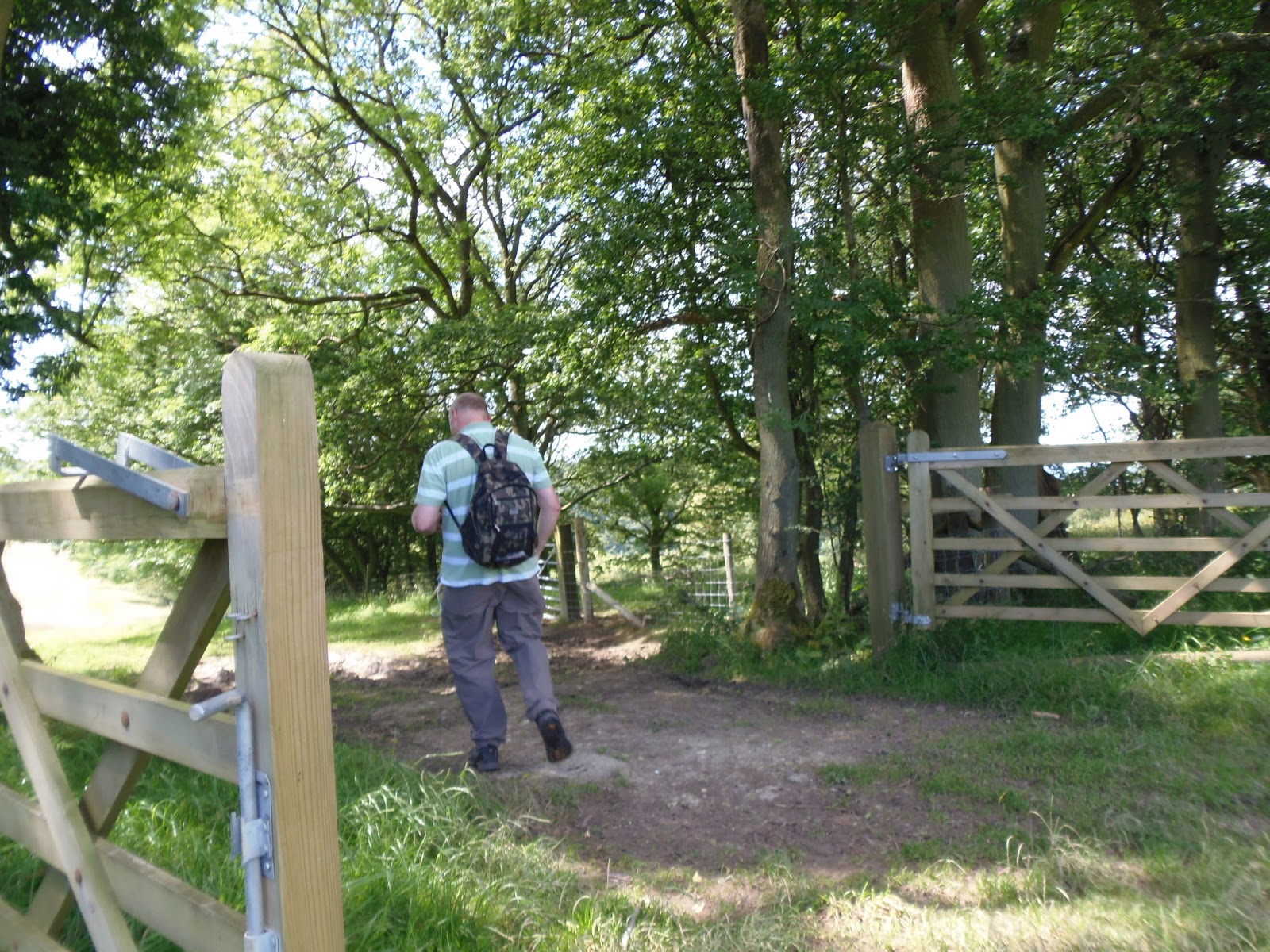 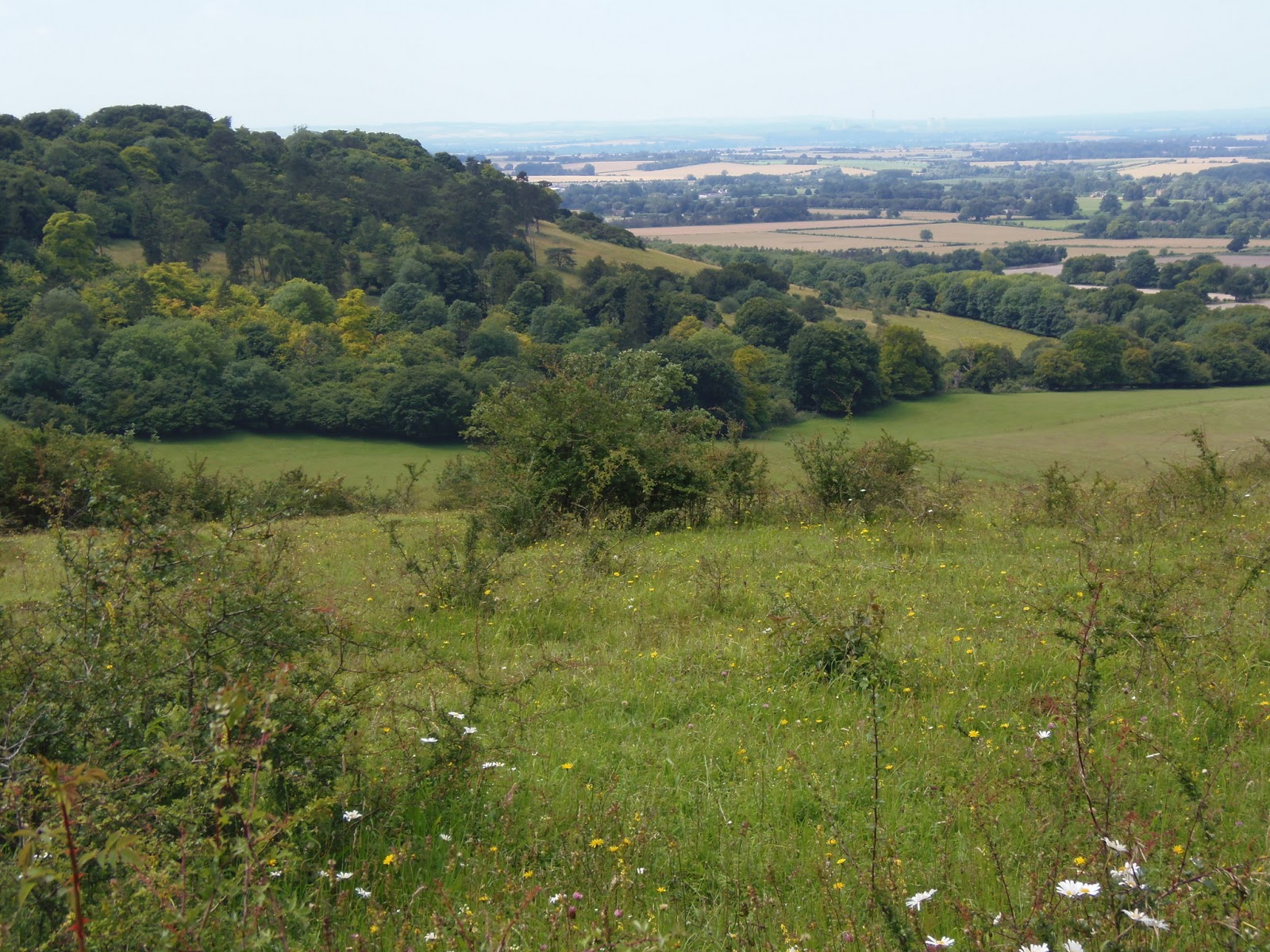 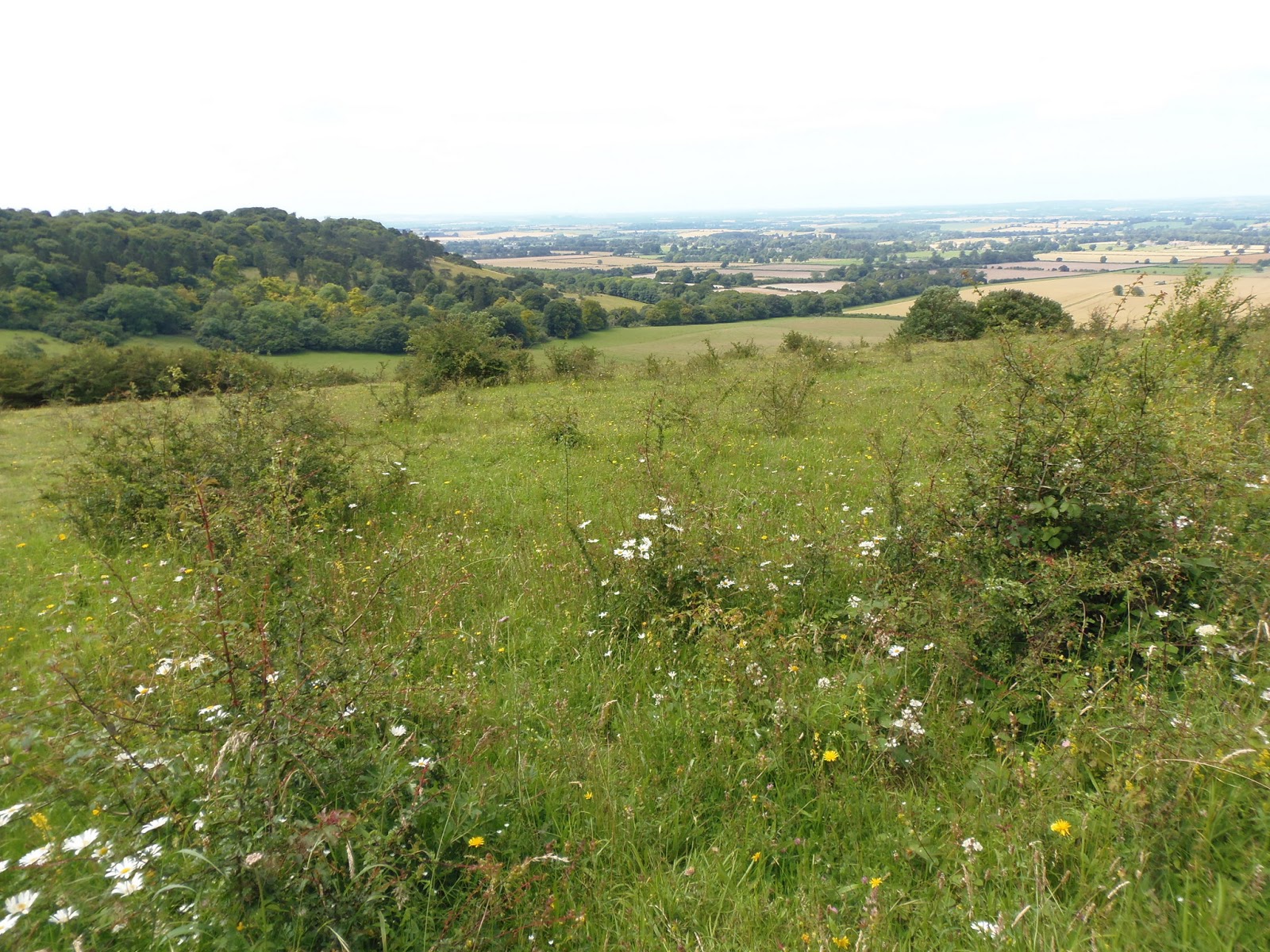 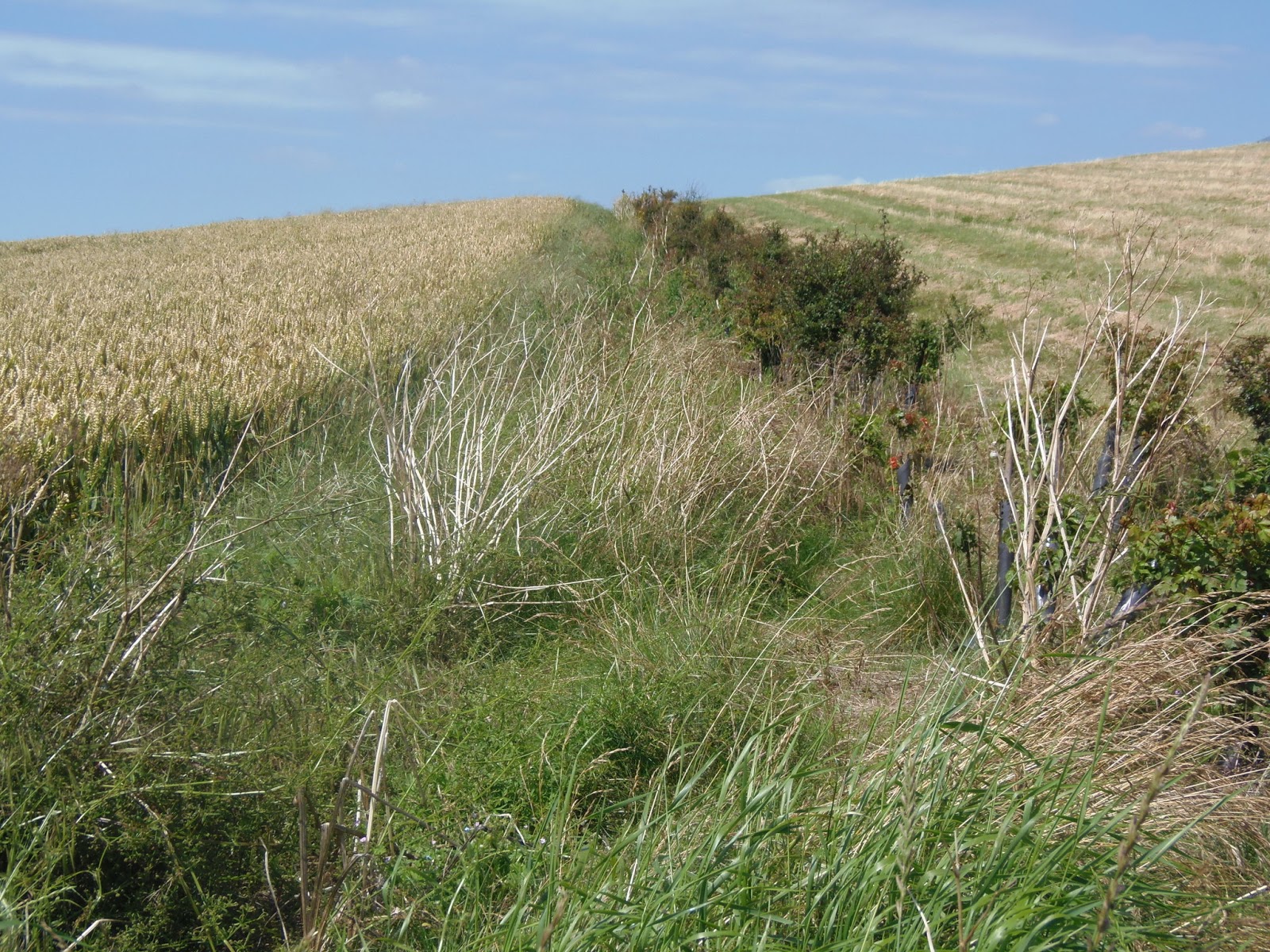 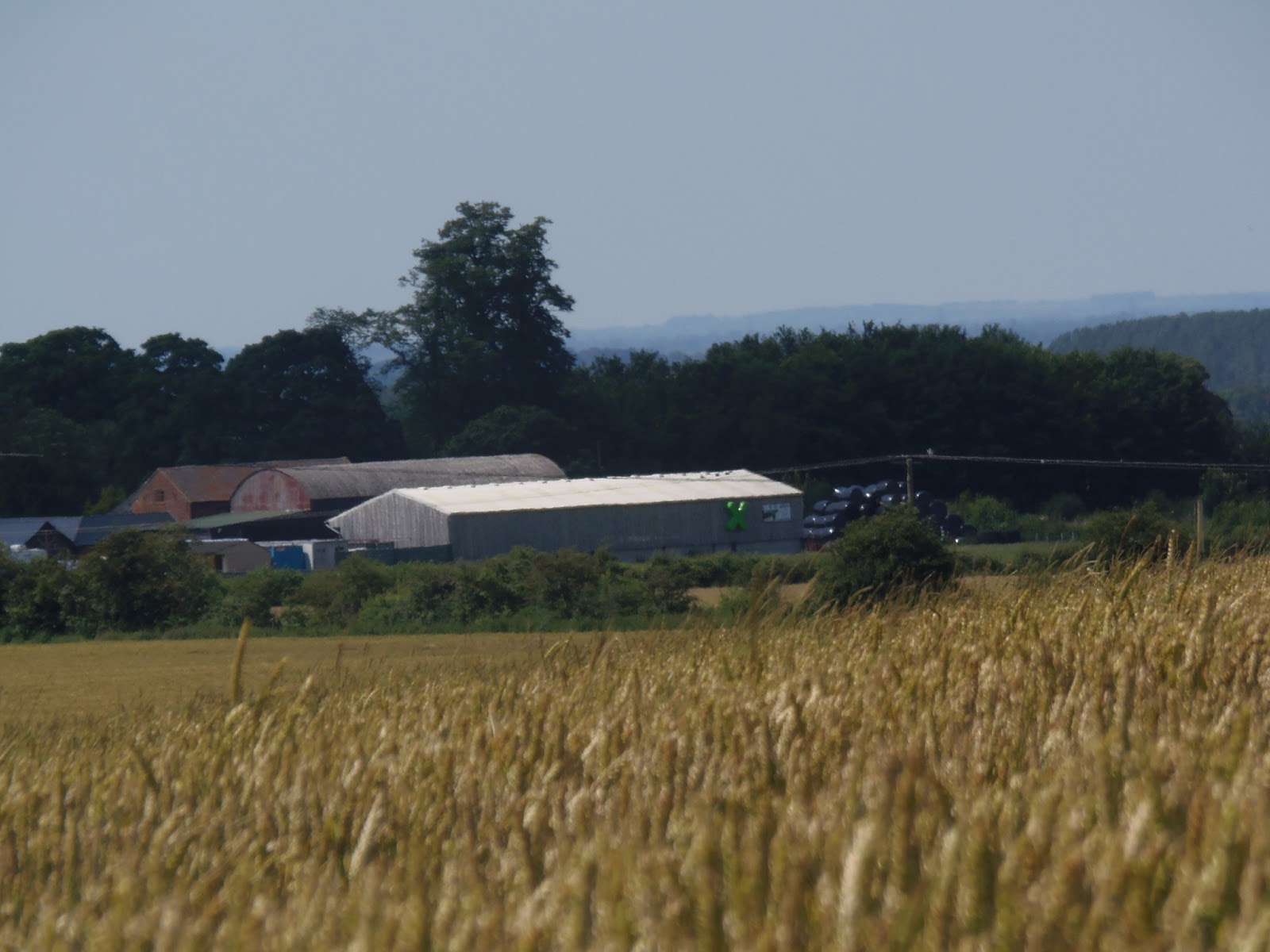 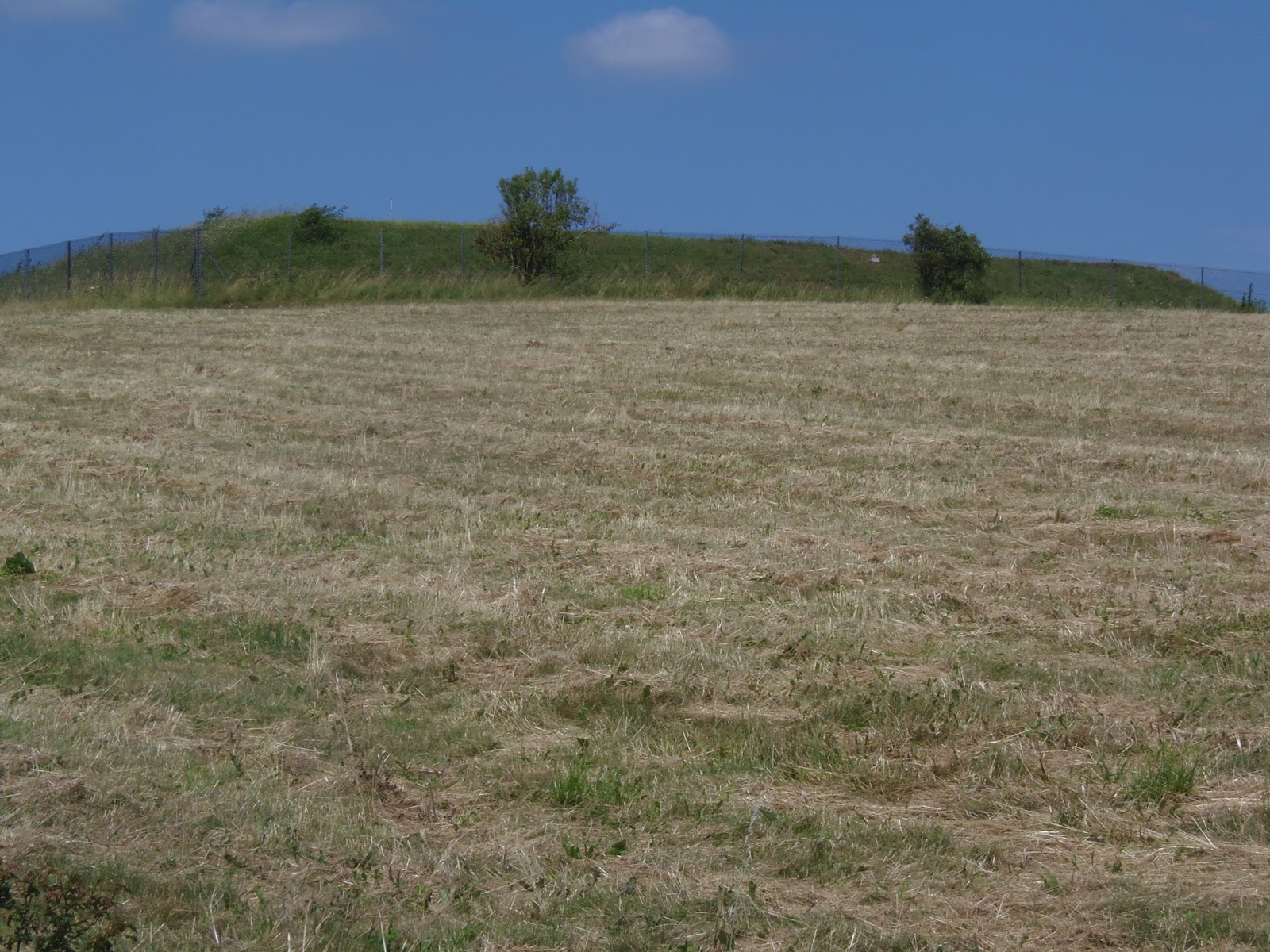 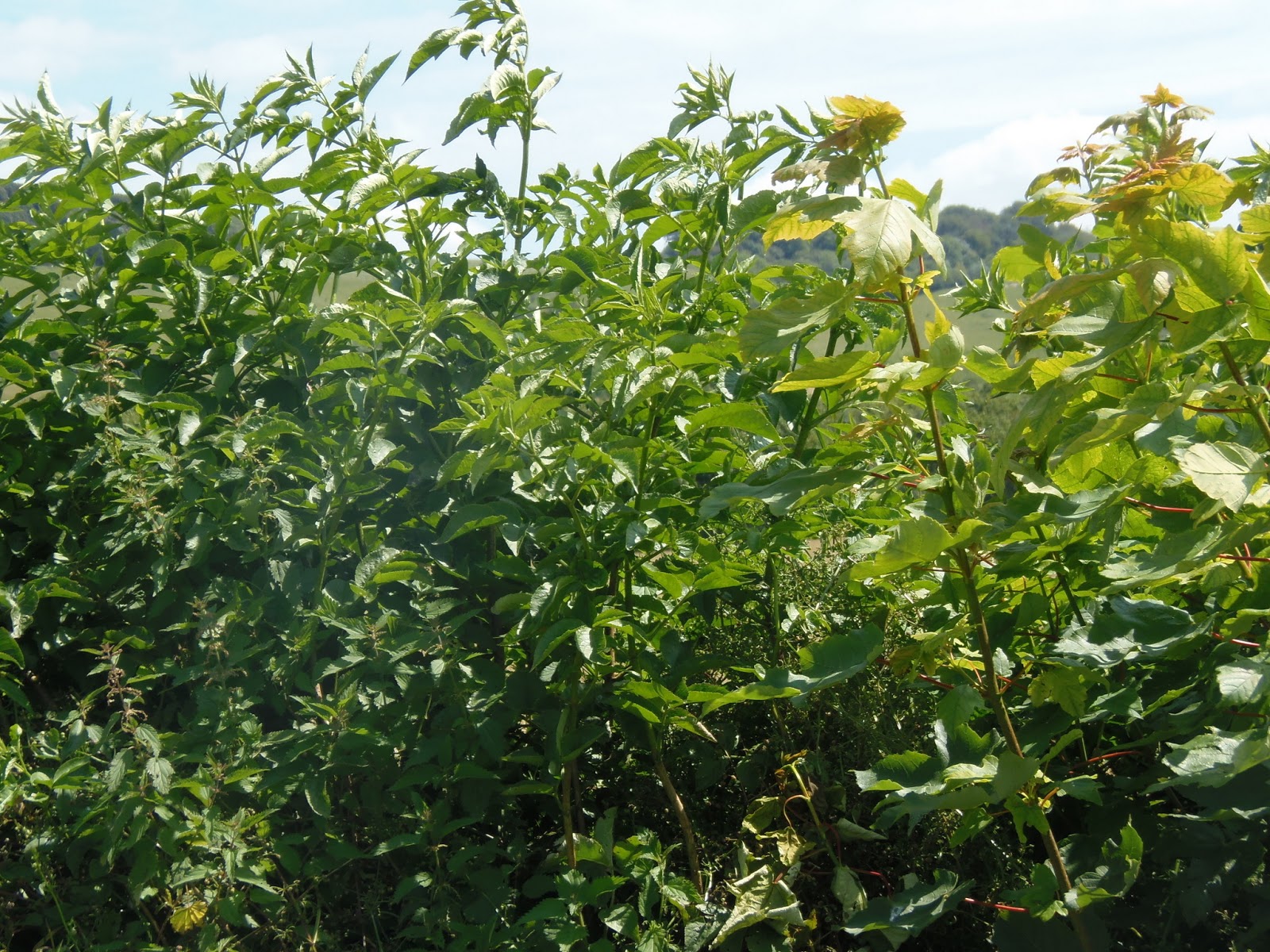 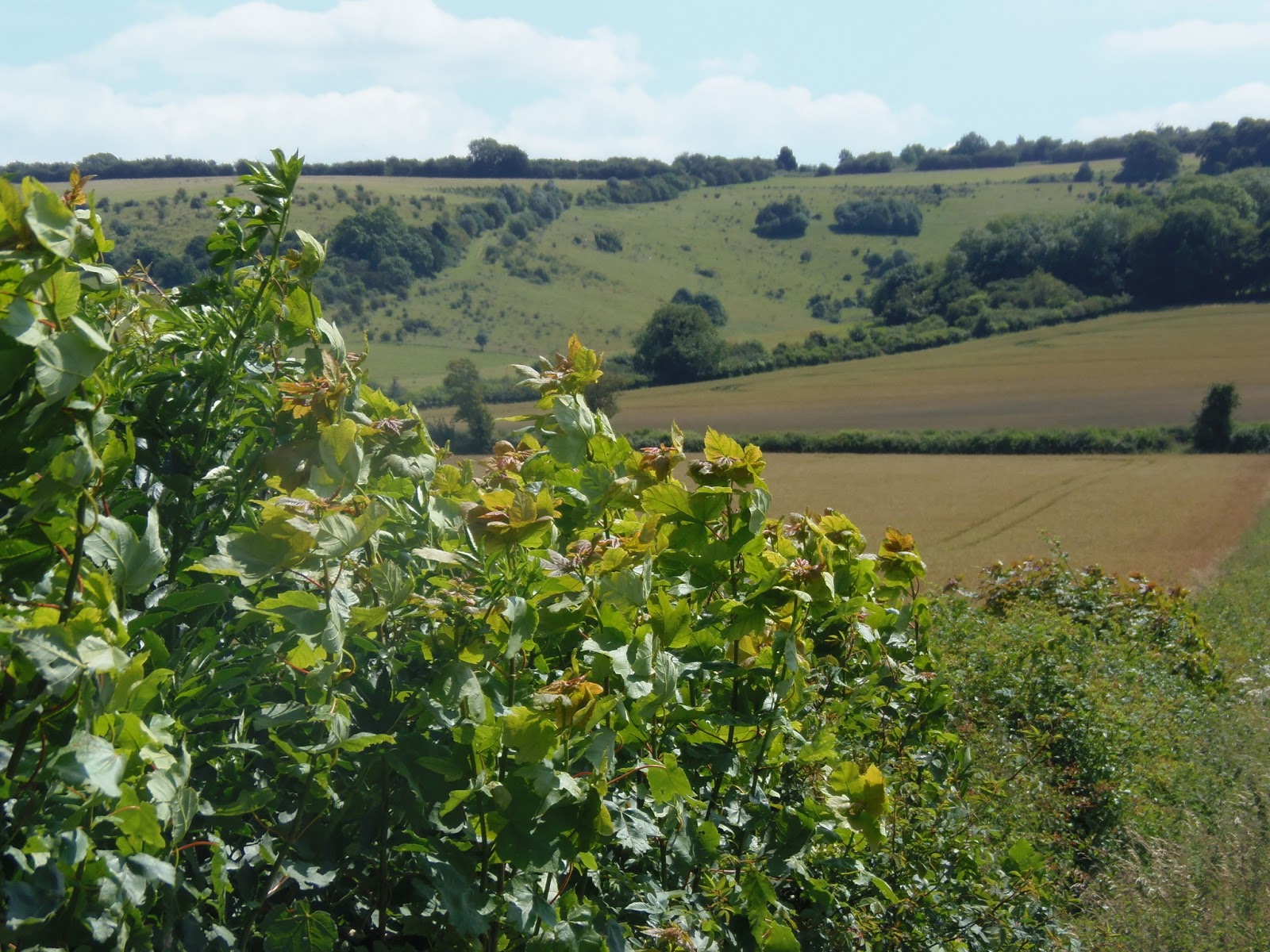 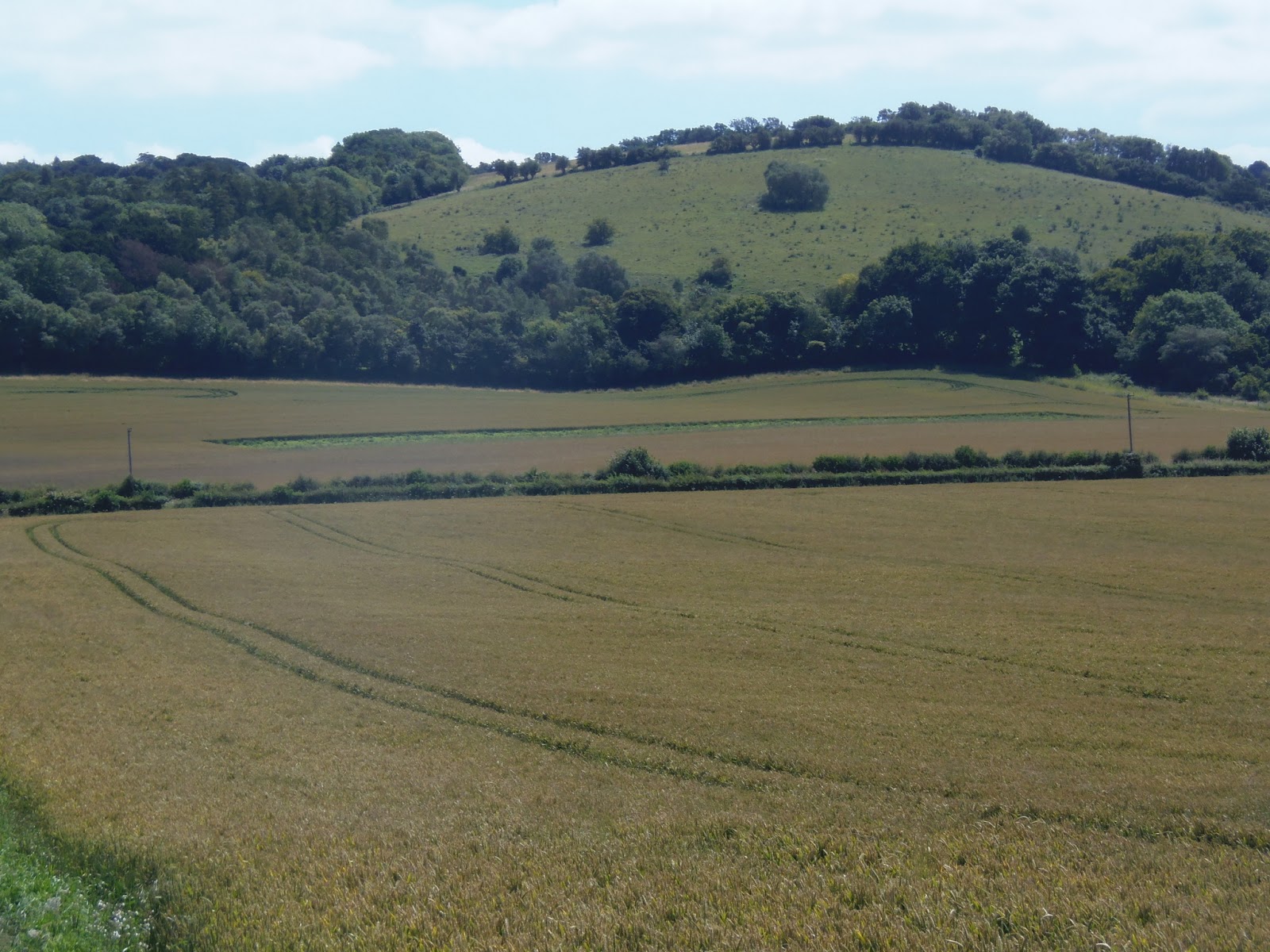 As we got back in the car we still had a couple of hours to kill before the evening CITO, so we made good use of it by grabbing another 7 caches (1 multi, 6 trads) and going for a McDonalds. It was most definitely tea time.

And all this lead us very nicely to the CITO event. This started at exactly the 11 hour point after the webcam flash mob (at 7pm), and therefore marked the end of the 11 in 11 challenge. We’d been successful. Eleven types found.

The CITO Event itself was a bit of an anti-climax though. I got the impression that the council had been round beforehand and cleaned up, to make sure we didn’t find anything dodgy. We walked around with two grabbers and a sack for over an hour and managed to pick up a handful of cigarette butts and very little else. That was a bit disappointing. On the way back though, a nice bloke decided to scramble underneath a bridge and retrieve FCC-01 Hinksey Stream, which was cunningly stuck to the bottom of a bridge. Might as well then.

As we drove back home in the gathering dusk our final tally stood at just 23 different caches in over 12 hours, but in 11 different cache types. A successful day.

Oxford from the Car

Oxford from the Car