The Gardners » Archives for August 2012

The MKBW Magenta Section ran from just to the east of Salcey Forest through the village of Ravenstone and then on into Weston Underwood. In comparison to the Blue section at least this section had a couple of villages with pubs in them, not that I ever stopped. It was still a bit out in the middle of nowhere though, and I have to say that the start point was the least accessible of any, given that there is absolutely no parking whatsoever. In fact, there’s hardly even anywhere to set someone down.

Back at the plot though, Ami came with me for the first part of the setting exercise. She was only 8 so she did well, but it was fun to have her along for a part of the walk.

On the first part (west of Ravenstone) we were greeted by a lot of fairly open agricultural land, mainly arable in persuasion except for a field full of cows at the start. At that same start point the landowner had completely blocked the entrance to the footpath across the field and had removed any signage. This lead to my initial placement of the first cache on land that was private, and wasn’t appropriate for caching.

Moving ever onwards, we set about 10 caches before we got into Ravenstone, and in that village we also put the bonus for the section. By this time though, Ami had had enough, so I gave Kas a call and she came to collect. She then took the kids to a pub in Olney for a bit of a sit down and a rest while I finished the leg into Weston Underwood.

I set a further 8 or so to leave the Magenta section with 18 caches plus the bonus. The walk from Ravenstone to Weston was also arable and agricultural, but in this case I was greeted by a selection of face-high crops in full croppage. It was August, I guess, so the crops were getting to the ready stage, but nevertheless some of the fields there were barely passable.

Not a bad afternoon’s walking all-in-all, despite the difficult terrain and the long gaps at some points.

Here a few photos I took during the walk. 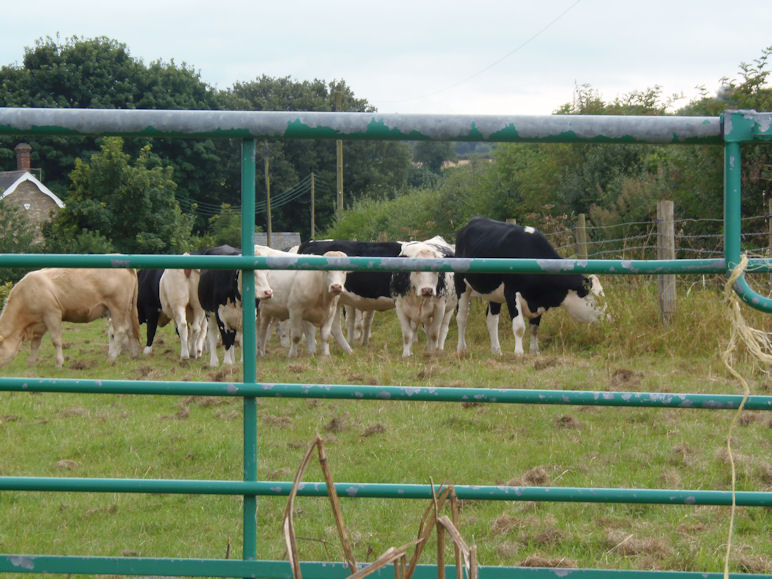 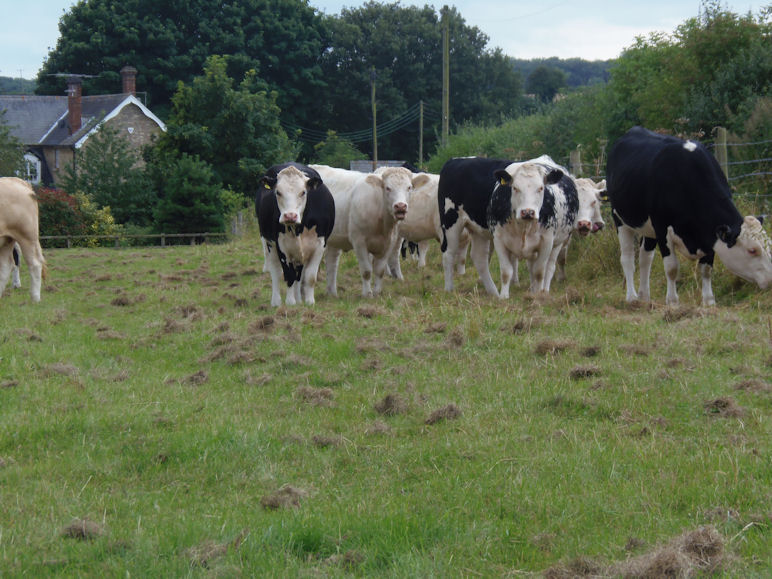 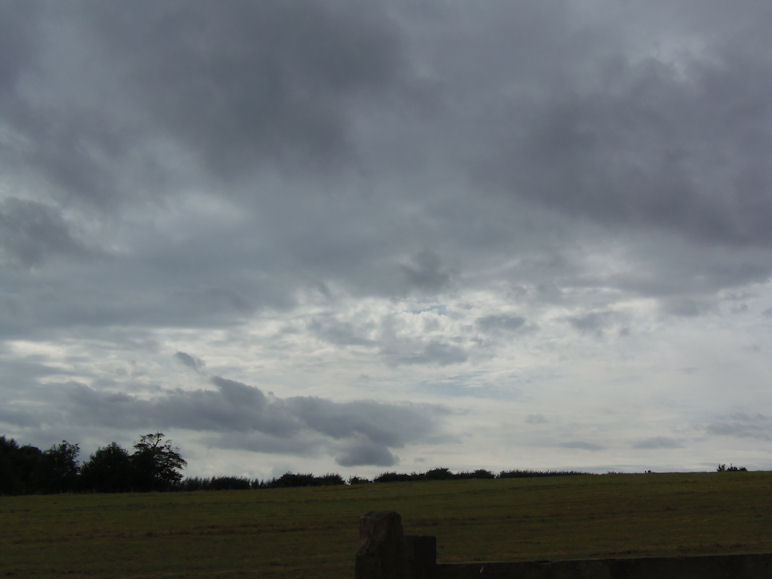 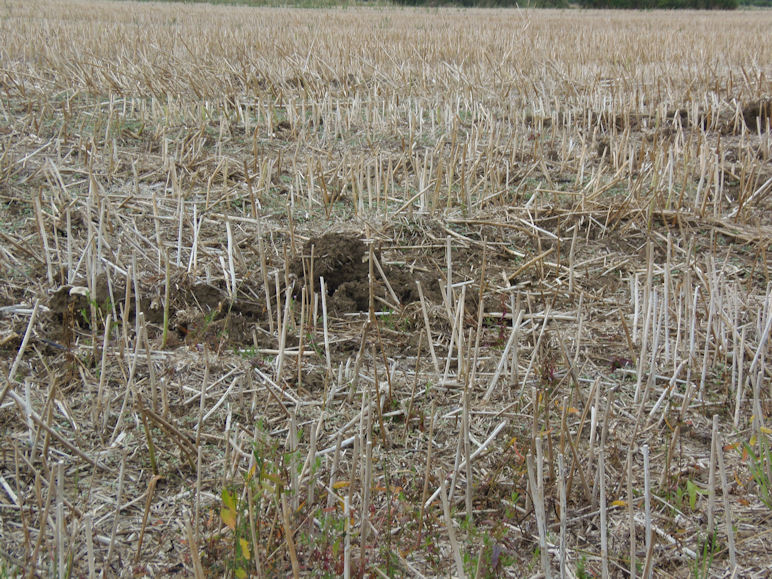 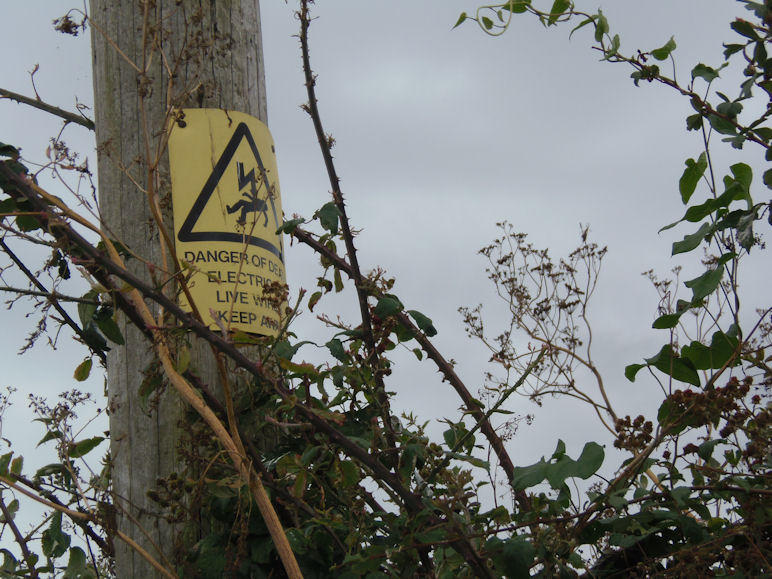 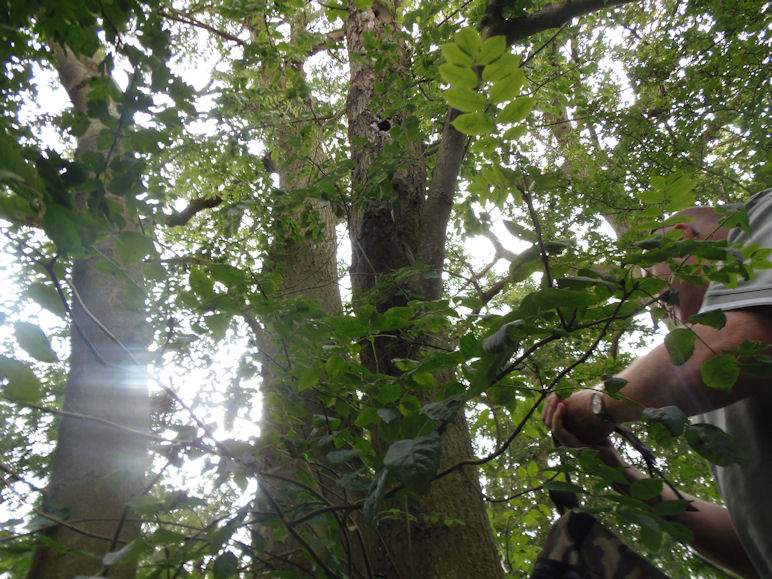 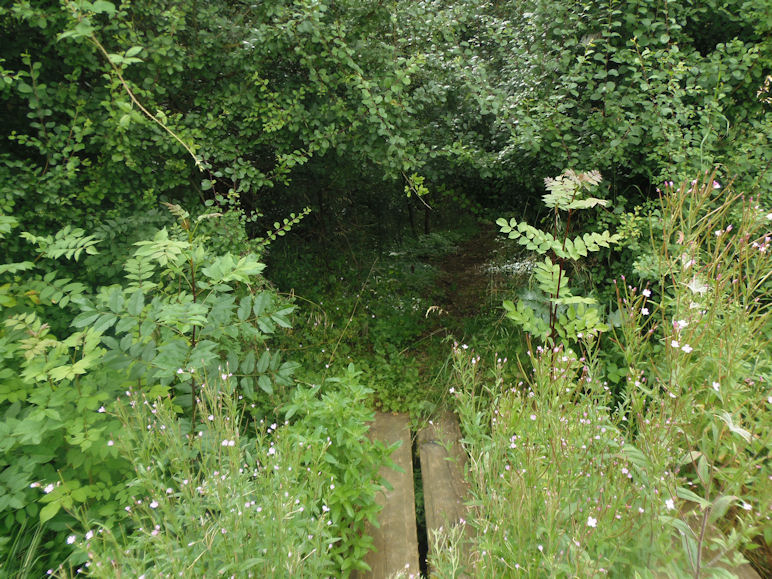 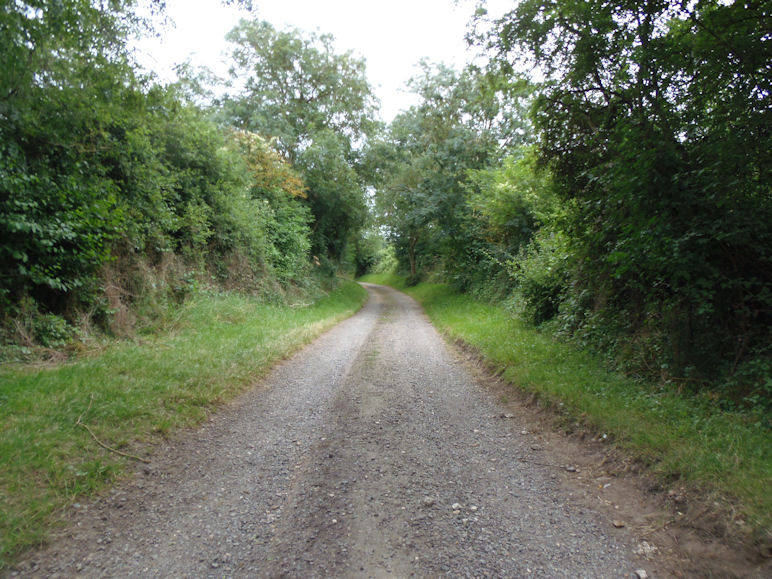 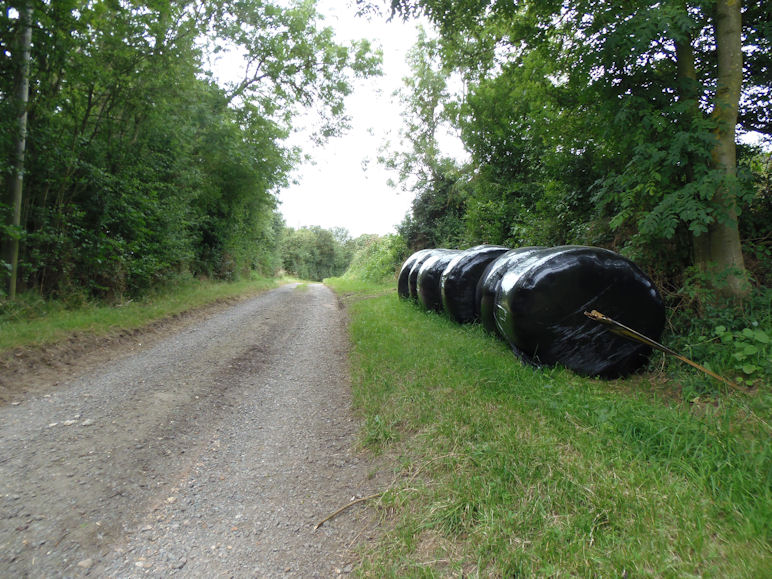 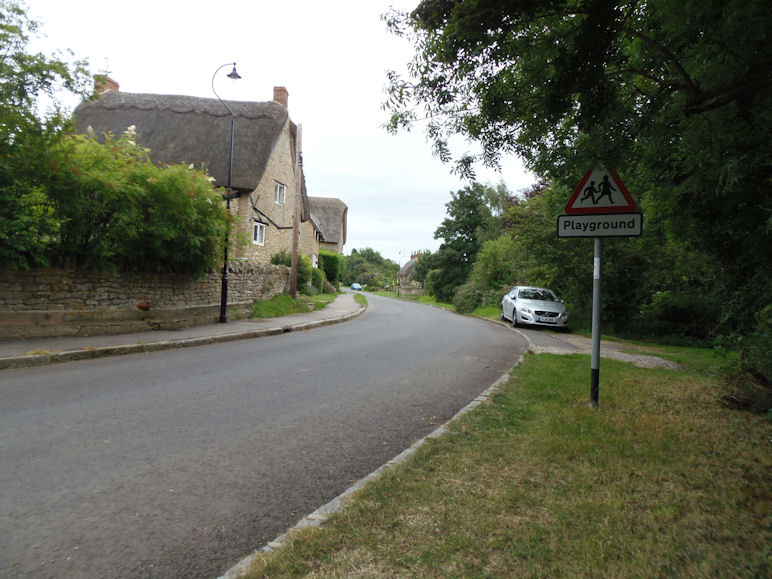 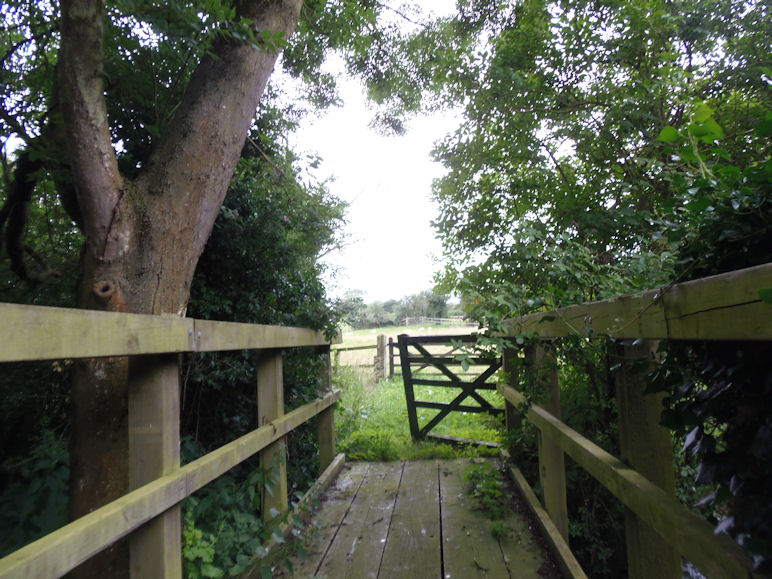 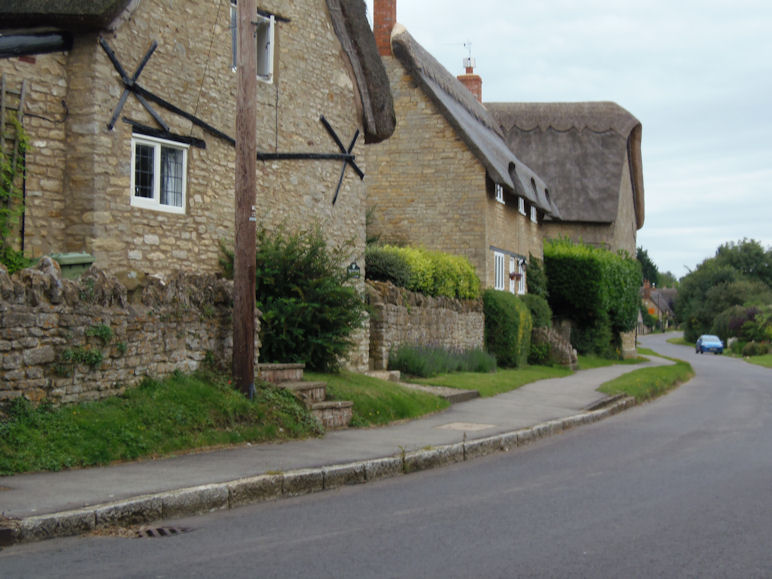 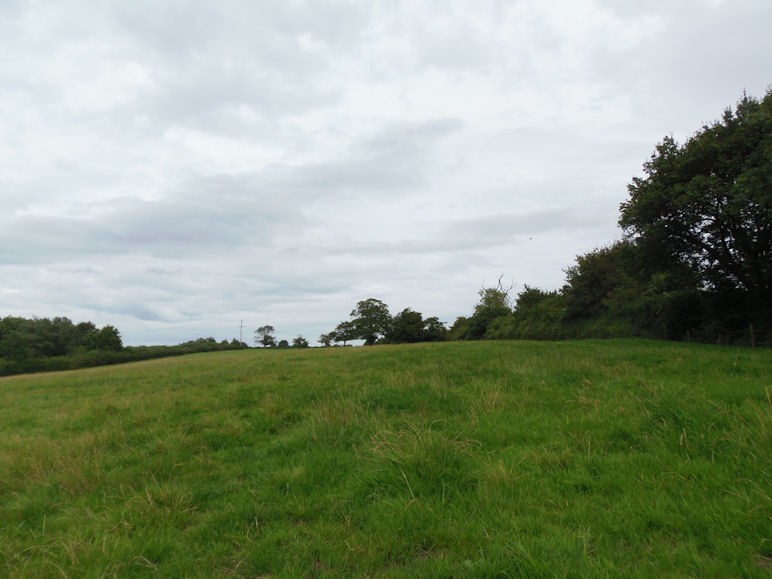 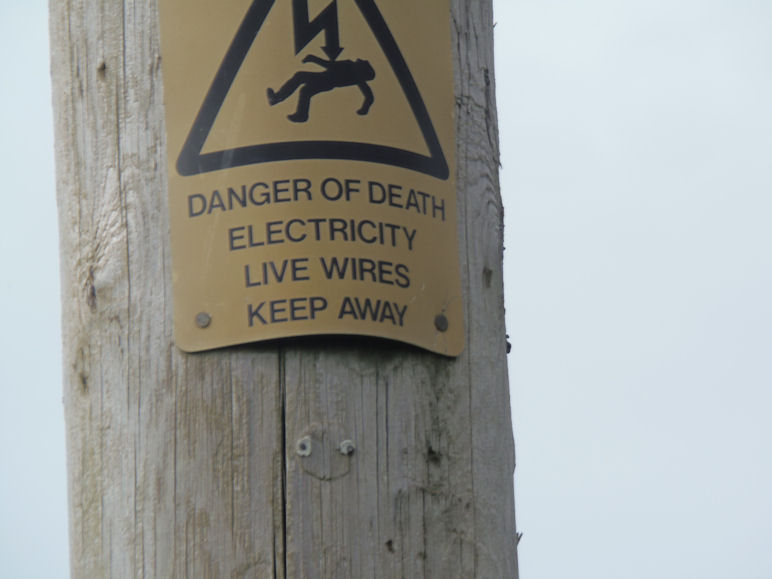 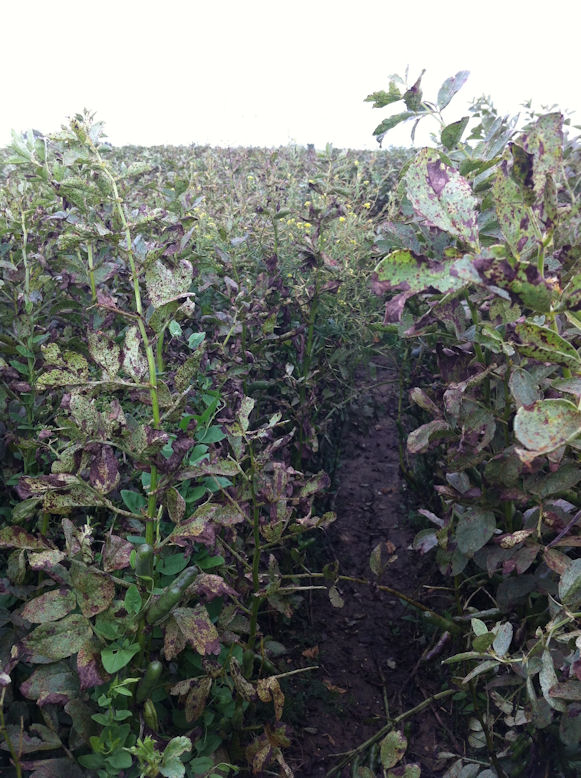 So the day after I’d got back from most of a week in India, surrounded by two long caching sessions on the Geolympix Marathon Series, I decided it would be a good idea to go out and do some more caches. Well, the girls were all away up in the North East and there’s only so much attention that you can actually give to a washing machine before it degenerates into just watching your kecks go round in circles.

My target for the day was the Macmillan & Midshires Meander series, which formed a nice figure of eight (or more like an hourglass) shape in the Northamptonshire countryside just outside Flore.

I have to admit that I’m writing this post so long after the event that I can’t really remember much about it, other than that I had to divert around the outside of a field containing a bull at one point, and towards the end I went through a run of 5-6 caches in a row that required me to climb over (or through) a fairly deep ditch. Thankfully it was summer and the ditch wasn’t wet in the bottom, but it was still quite deep.

The other thing I remember is that after having had a week away in India surrounded by two days caching I couldn’t really be bothered with a mega-day of caching. I was quite tired and a bit jet lagged. It was a warm day too, which didn’t help.

It wasn’t my favourite day of caching ever, but I don’t think I can blame that on the cache owner. The caches I found were:

I had an appointment with a big shiny metal tube at Heathrow in the evening and, being the summer holidays, Kas had decided to take the kids up to her mum’s for a few days while I was away. I was making a business trip to India to spend a few days feeling hot and bothered and generally out of my depth, but not in a completely bad way. Let’s just say that I was “expanding my comfort zone”, to use a phrase my previous employer was keen on.

Back at the plot, my flight wasn’t until the evening so I elected to go spend a bit of time caching on the way to the airport (as in “all day” and “slightly out of the way”). I left before Kas but she was packing up to travel on the same day so there didn’t seem many benefits for either of us if I sat around at home wishing I was somewhere else.

I chose to go and have a pop at the Geolympix Marathon Rings series near Turville – a series of five interlocking rings containing over a hundred caches. Turville is also the place where they filmed the outdoor scenes for The Vicar of Dibley, not that I’m a massive fan. It’s a quiet kind of a village that has few amenities and where it is also quite difficult to find a sensible parking spot. I found something eventually that was right inside the village, and conveniently close to the first cache.

I wasn’t quite sure how many of the caches I’d get done but in the event I managed two of the five loops, finding 44 caches in the process. I remember there were some steep hills. I also remember getting annoyed because there was absolutely no phone signal whatsoever in the village, so I had to do a lot of climbing and find a few caches blind before I was able to begin operating at normal speed.

I finished walking at around 5pm and made the half hour drive down to Heathrow to go and meet my plane – a direct overnight BA flight to Bangalore. I was mooching around the airport with an hour or two to spare, so I called Kas and found out that I was missing an evening of spectacular Olympic action in London, on what later became known as Super Saturday, the day when Jessica Ennis Hill, Greg Rutherford and Mo Farah all won gold medals within a few minutes of each other. I was sitting in Starbucks at Heathrow Terminal 5 while all that was going on. I missed it. It wasn’t quite the same when I watched it on the telly once I got back home.

Even more depressing was that once I arrived at my swanky hotel in Bangalore, I had a quick shower and was down in the hotel bar just in time to watch Andy Murray win the tennis and Ben Ainslie bringing home the proverbial water-borne bacon. It was sad to have missed all that and to not be with my family, but I’ve sort of got used to being away with work. At least the beer was cold and wet.

I remember that towards the end of my week in Bangalore I started suffering a major sense of humour crisis. It had been a busy week of working hard and being jet lagged, punctuated by being continually annoyed by the hotel staff barging into my room to do things even though I’d left the light on by the door to indicate I didn’t want to be disturbed. I’m not sure what they were actually willing to avoid disturbing you from, but apparently the sign didn’t indicate my unwillingness to be disturbed from my relaxation or my work. On the day I left they were in and out of the room every half hour, which was irritating given that I’d arranged late check-out so I could finish off some work (and because my flight wasn’t until the evening).

The flight home was as exciting as these things ever are, given that it involved sitting still in a slightly cramped seat on an aluminium tube racing through the upper atmosphere at 500 miles an hour for 10 hours. One highlight was that it was Thursday evening when I flew in over central London, and I could very clearly see that the beach volleyball venue on Horse Guards Parade was in use.

It was quite late when I got home but I had the Friday off in lieu of all the extra hours so decided to drive back down to Turville to do the remaining 3 loops of the Geolympix Marathon series.

It was another warm day but this time I’d planned better and took some food and drinks with me. It was a slightly longer day but I pretty much finished the series and made a further 66 finds before going home for some sleep.