Big Brother is 50. That means I will be next year. Oh dear ! Should I be concerned about that ?

Nah ! Am I bovvered ? Probably not. At the end of the day, it’s only a number isn’t it.

Back at the plot, we stopped at the folks house over Friday night and did the parkrun at Conkers, as one does, before feeding the piggies up and getting away mid-morning for the drive over to Phil’s in Southwell. We arrived conveniently at lunchtime and went for a walk up into the centre of town for something to eat. We found a small cafe at what used to be a local hardware shop when I was a kid. It’s weird for me going back to Southwell after leaving school there in the early 80’s. It’s a lot more suburban commuter belt with a touch of touristy than it used to be. Still quite nice, but definitely a bit different.

So we sat outside for lunch, managing to avoid the rain, and had a nice lunch in the busy little square at the top of Church Street.

After lunch we legged it around the top of the town to check the planned pub was happy with the kids going in, and then looped around the top of Burgage Green and down one of the little alleyways down to Phil’s flat. Strange, 15 years living there and I ever walked down that path.

The girls fancied a crash and some vegetating in front of the telly for the afternoon so I got Kas to drive me a couple of miles out of town towards Kirklington so I could geocache my way back again. The planned series is along what’s now called the Southwell Heritage Trail. It’s a pretty grand name for an old railway line. I thought this area would be very familiar to me because it leads into Southwell at the end where we used to live, and I have strong memories of walking the dog down there when I was a kid. My memory was not entirely accurate though. When I was little the railway line had only been closed a few years and the trees planted along the sides were mere bushes, with the branches not in any way stretching over the top. Now, after 30 years, the whole thing was totally enclosed by the trees. No sky visible (except in winter) and plenty of leaf mould. It was so enclosed that I nearly missed completely the turning point I used to have on the usual dog walk.

Another thing that never ceases to amaze me is that everything seems smaller. I don’t know whether that’s because now I’m a geocacher I’m used to walking a long distance, or whether now I’m older my perception is different. Anyway, I used to think that the “long walk” from our old house along the railway to the Maythorne road and back was a very long way. I measured it out roughly on maps and it’s actually not much more than a mile. I now see that as around 8 minutes running or 20-25 minutes caching. It isn’t far. Nearing age 50 I guess I should see it as a good thing that I see running a mile as a sprint and that I am perfectly happy and capable of going out for a 15 mile walk whilst hunting for tupperware. Not everyone’s cup of tea, but in my book it isn’t that strenuous, so I should be thankful for retaining that aspect of my health.

The caches were OK. I missed one which was supposedly a magnetic nano stuck somewhere near a gate to stop motorcyclists and car drivers from straying up the railway line, but one of those that horses can jump over and pedestrians and cyclists can walk around. I couldn’t find it, despite giving the metalwork a good fondling.

I got back to Phil’s flat late in the afternoon to find several new arrivals – my mum & dad and mum’s sister, brother and their respective spouses. It’s a bit full in here.

The plan was to go for beers at the Wheatsheaf pub for an hours or so and then over the road to Phil’s favourite curry house. It was an excellent night. The kids behaved themselves very well in the pub and did a fine job of providing entertainment for the assembled company. I renewed fleeting acquaintance with a few of Phil’s friends, none of whom I really know very well, but all of whom are good company, especially when there’s beer involved.

And then we meandered ovr to the curry house and were treated to a spectacularly nice meal. Phil had gone for a set menu to avoid too much complexity in the kitchen, so in groups of 4 we got a big plate of starters then four main dishes, sides, naans and rice, and a fair amount of beer. In our vicinity we were a bit over on food too as the two nearest “fours” to us included Kas, our kids, my mum and an empty chair, none of whom are known for having a big appetite, and the kids had their own meals anyway (tandoori chicken followed by chicken tikka and chips. Both ate a bit of their own and none of their share of the four.

Suffice to say there was plenty  of food to go round. There must have been a lot because even Phil’s mate Flash didn’t feel the urge to go nicking stuff of other tables.  All of it was nice too. All familiar dishes but prepared a little differently than all our locals in MK do, and all the better for it. Phil made an excellent speech to thank everyone and to reminisce over a few of the more alcohol soaked parts of his life. And aside from the last 15 minutes the kids were little angels. In the last 15 minutes they were bored and tired angels, having finished eating and having stayed up nearly 3 hours longer than normal.

Bedtime proved a bit problematic though. My folks were in the spare room so me, Kas and the kids shared the lounge – two settees and a pumpy camper bed we borrowed off the Burlaces. The problem was that the pumper bed wasn’t inflated enough to keep me off the floor, and the kids just wouldn’t settle on the sofas, so I don’t think any of us really got any sleep. And we all alternated between too hot and too cold.

But it was only one night and we were stopping at my folks for a few days afterwards, so it didn’t cause a big problem.

So all-in-all a very good afternoon and evening. My big brother is 50, so I have (as ever) 14 months to hurl insults about his age before I reach the same milestone myself.

On Sunday we went for a quick walk around the Minster, including a quick dash inside in between the mornings services. It’s a big church. That’s one thing that doesn’t look any smaller to me. 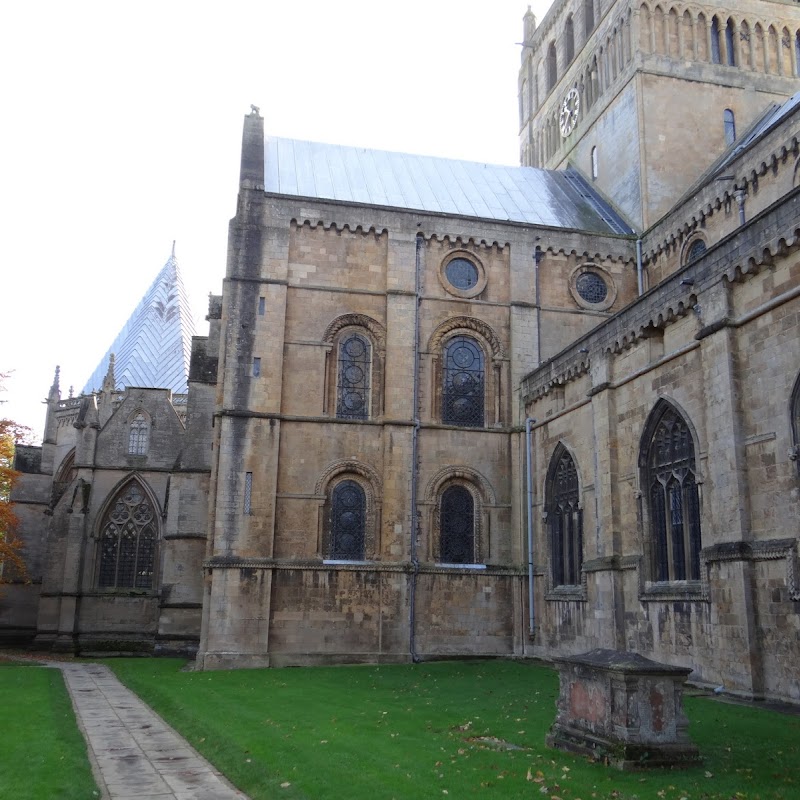 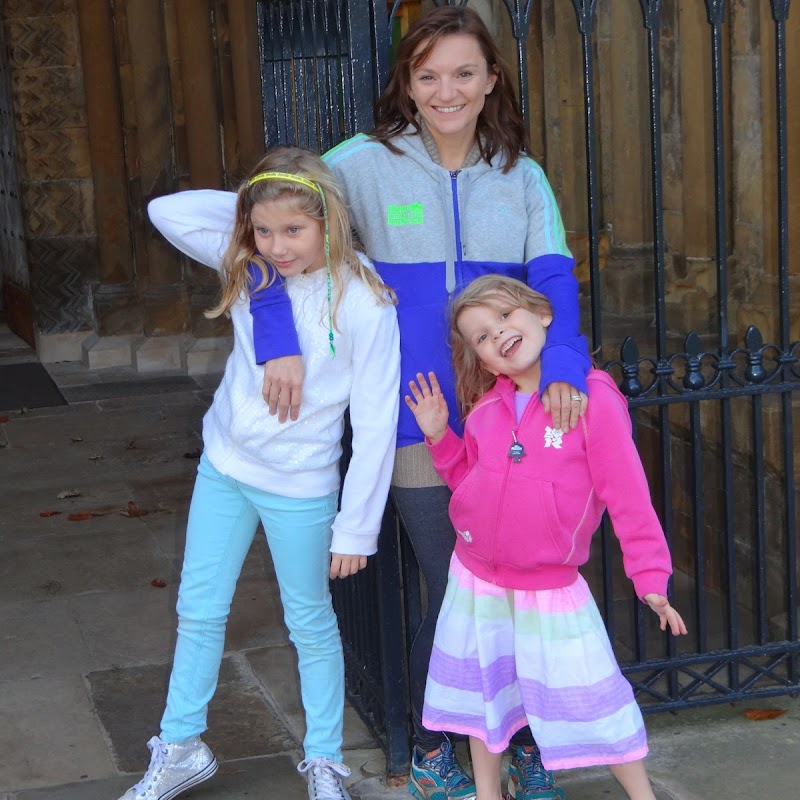 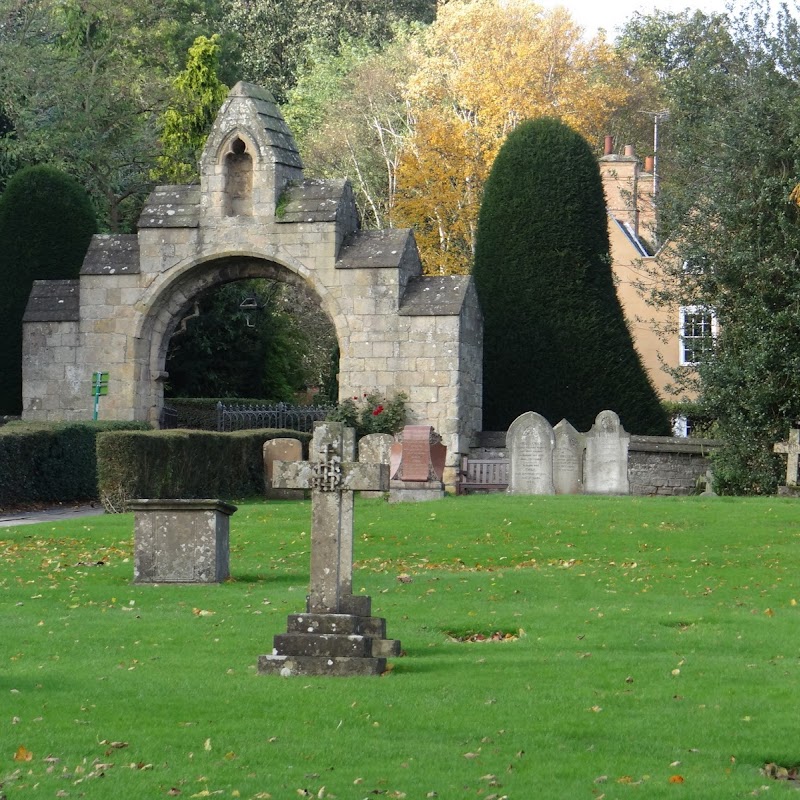 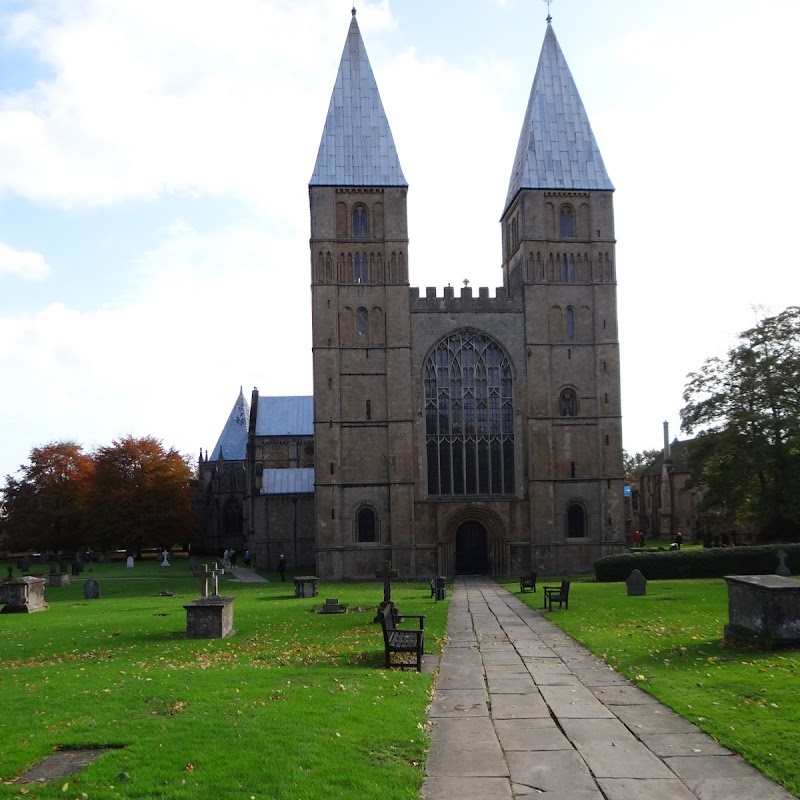 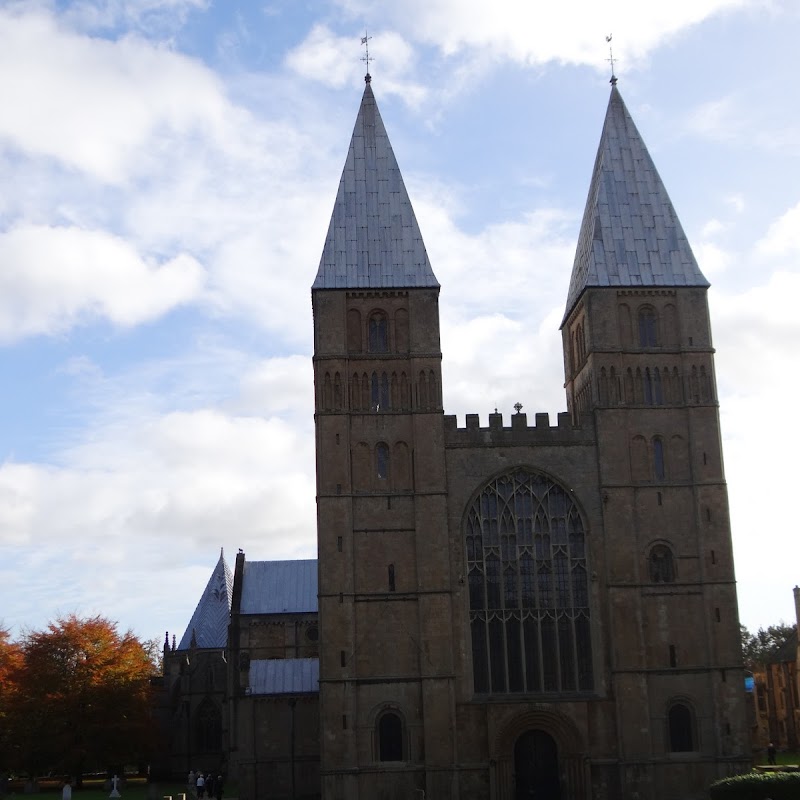 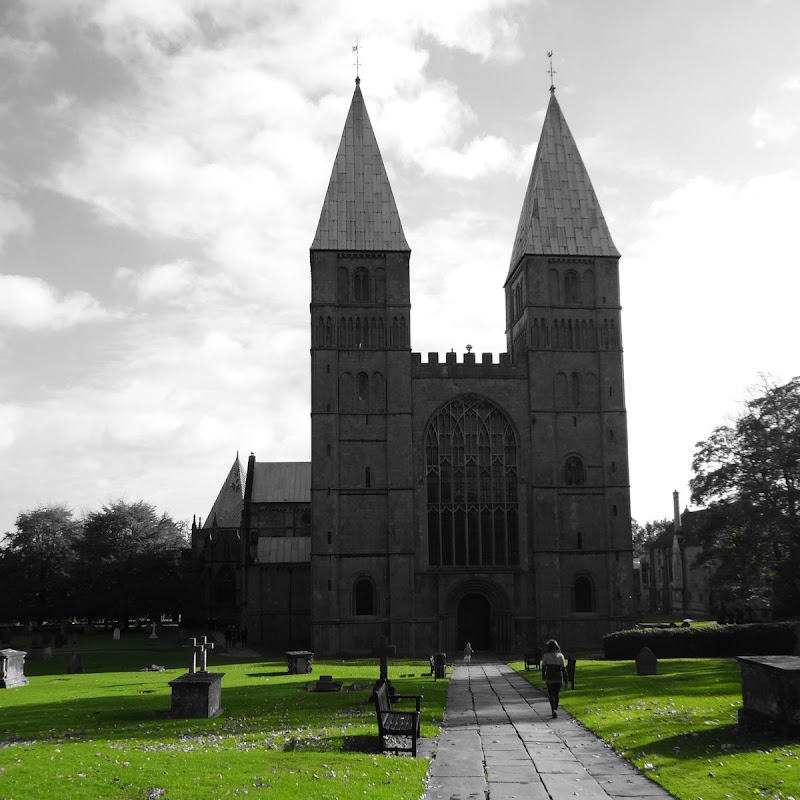 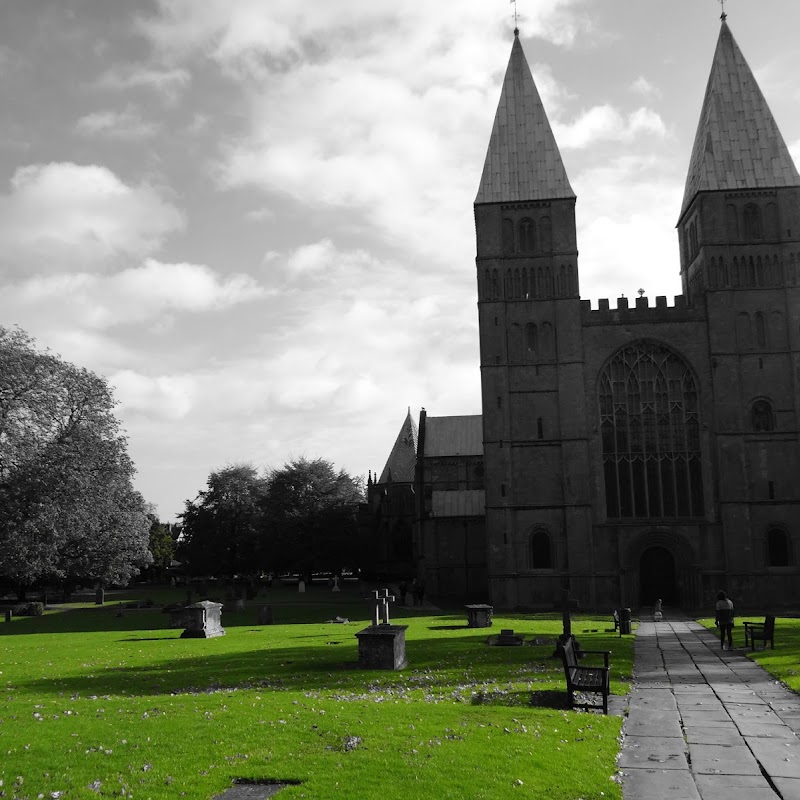 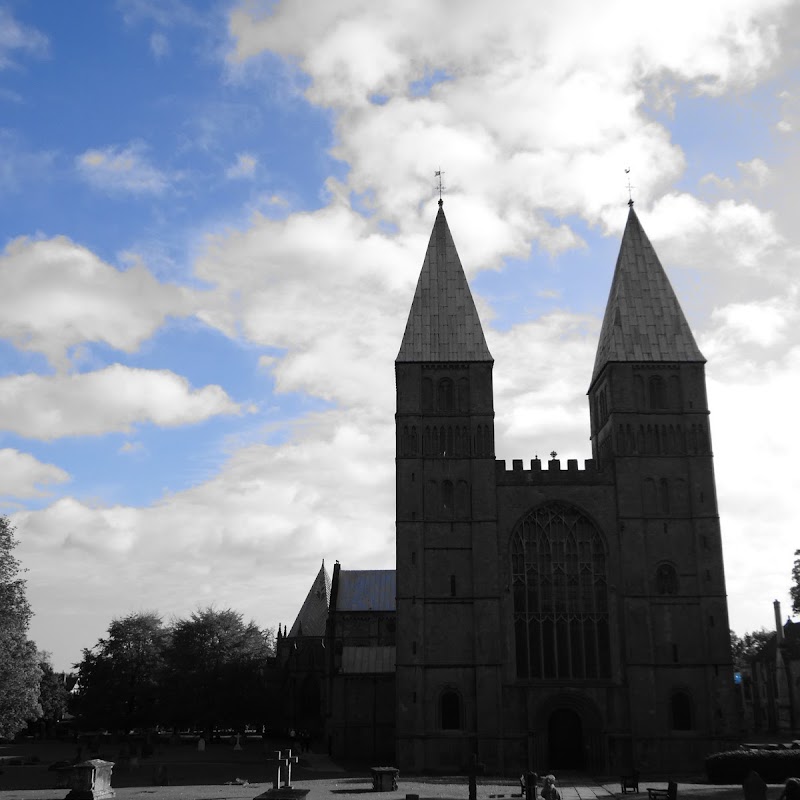 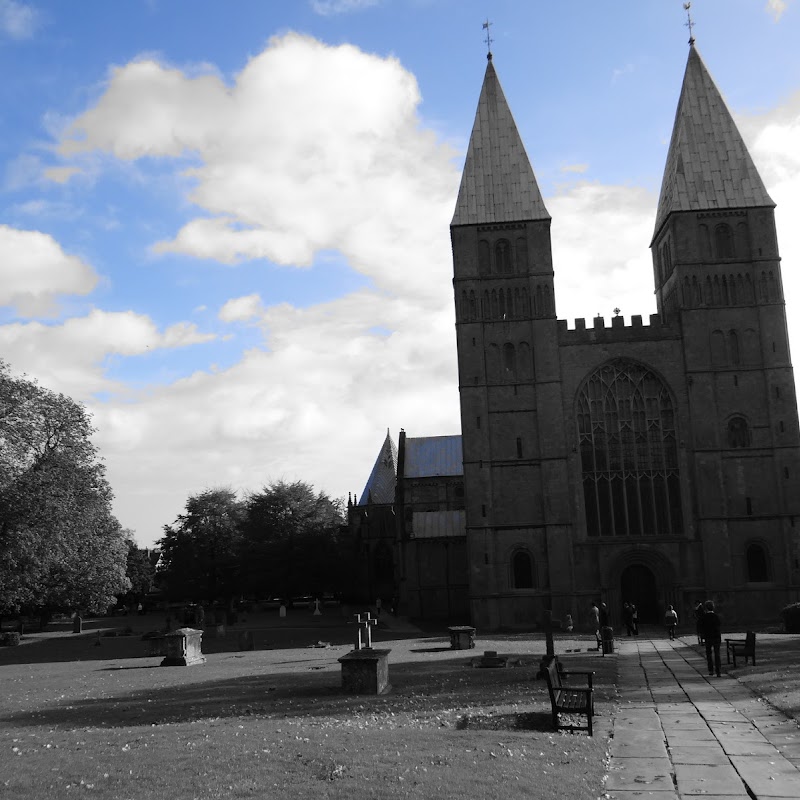 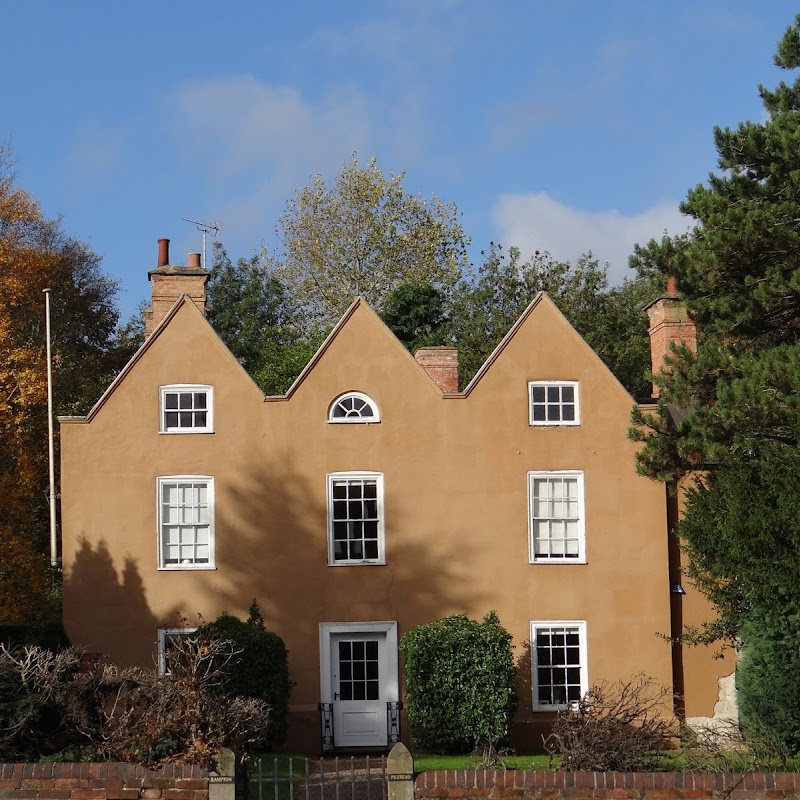 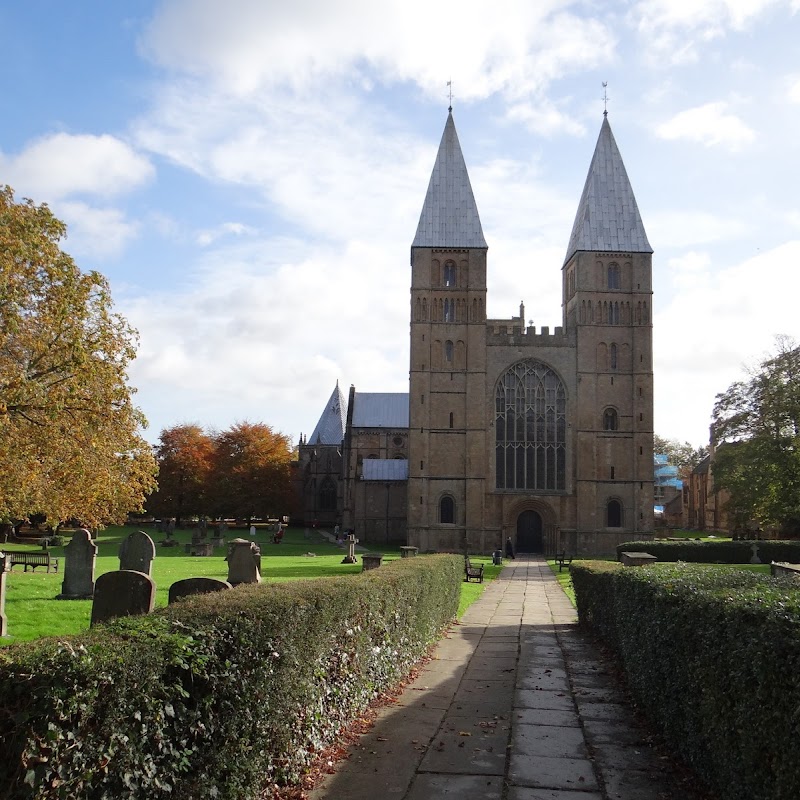 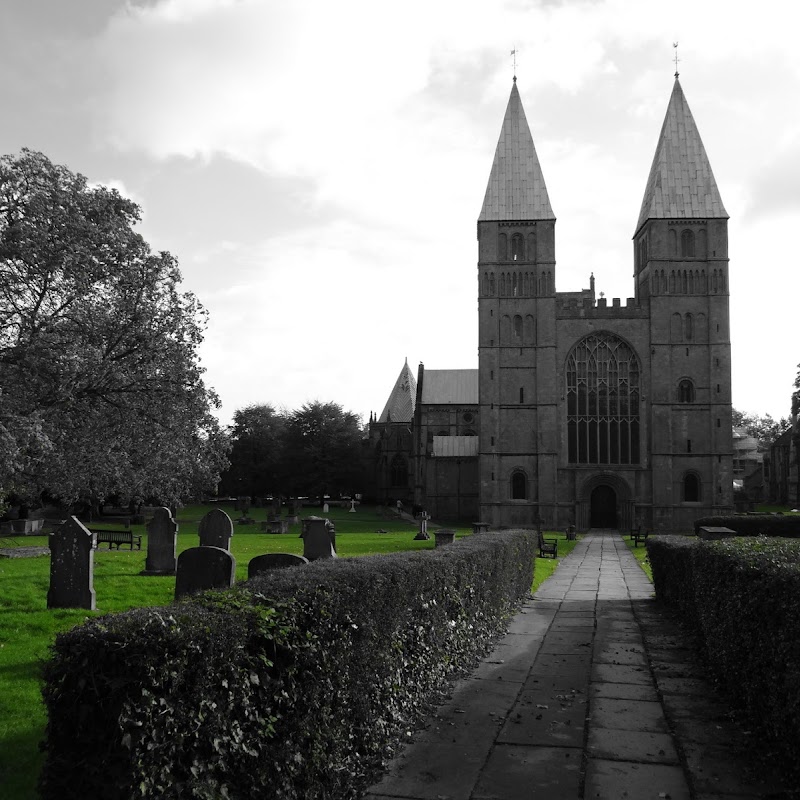 The Milton Keynes Boundary Walk Grey section runs from Turvey down to Salford. Earlier in the year I’d done the bottom end from Cranfield to Salford and the rest of the caches were standing out on the map, so I arranged for Kas to drop me and Ami off at Turvey and to fetch us back from Cranfield later. This gave us about 9 miles to walk with more than 30 caches to go at. It was a grey day and a bit windy, and the terrain proved to be quite hard going.

It wasn’t particularly hard going but it did feel like it was rather a long way for so few caches. I was sure Wavvy could have squeezed a few more down this section if he’d really wanted to.

Anyway, we found pretty much all of them, and even had time (at about #5) to phone Wavvy to check whether I should be concerned about not having found any of the bonus codes yet. We were fine, as it happened.

By the time we made it to Cranfield the light was beginning to go, as was our enthusiasm. We guessed Wavvy had limited this stretch to 45 caches so that it was easir to do maintenance on them, although my policy is always that you have to maintain stretches like this by walking the whole way, in which case you might as well pack ’em in. 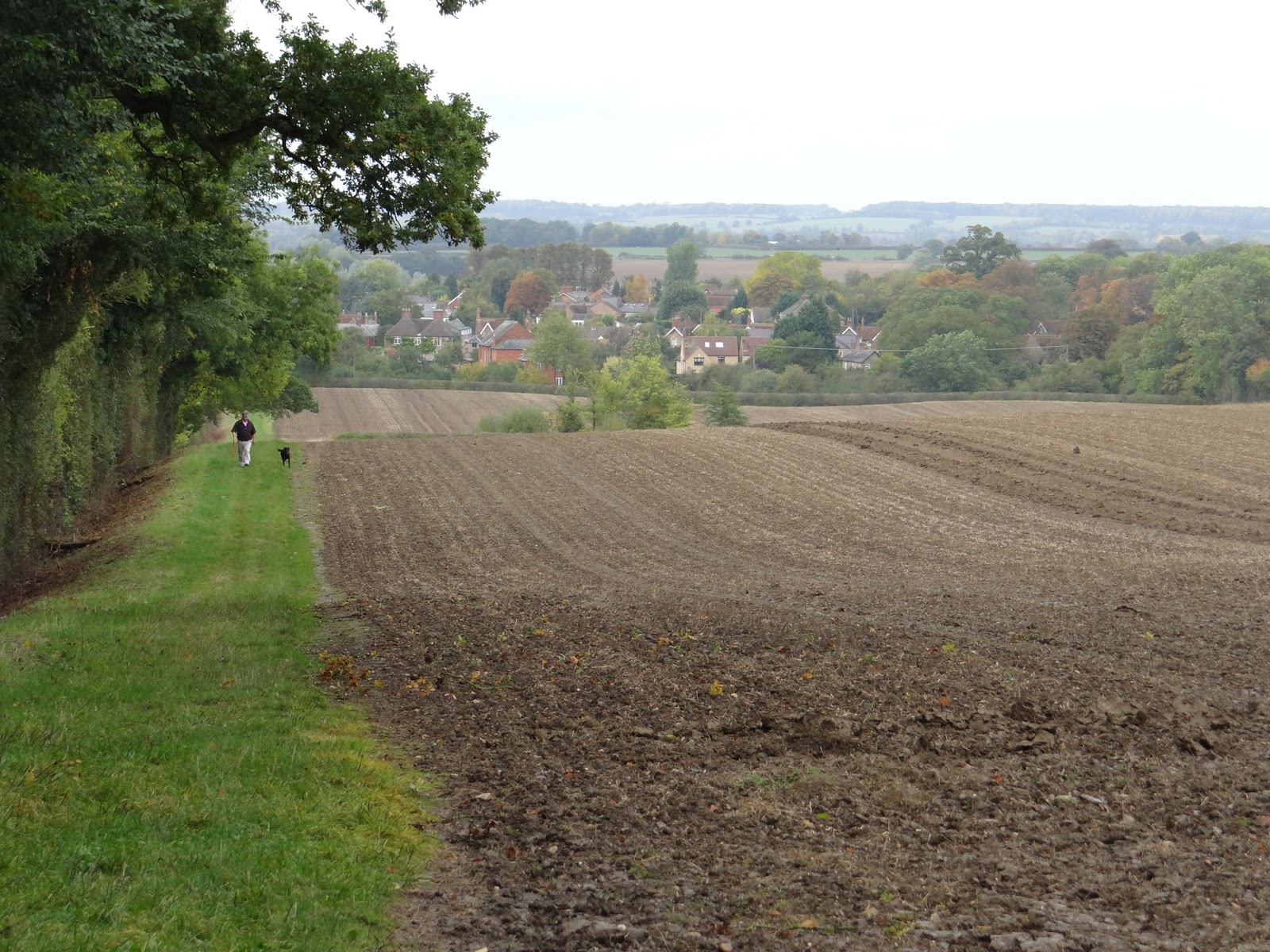 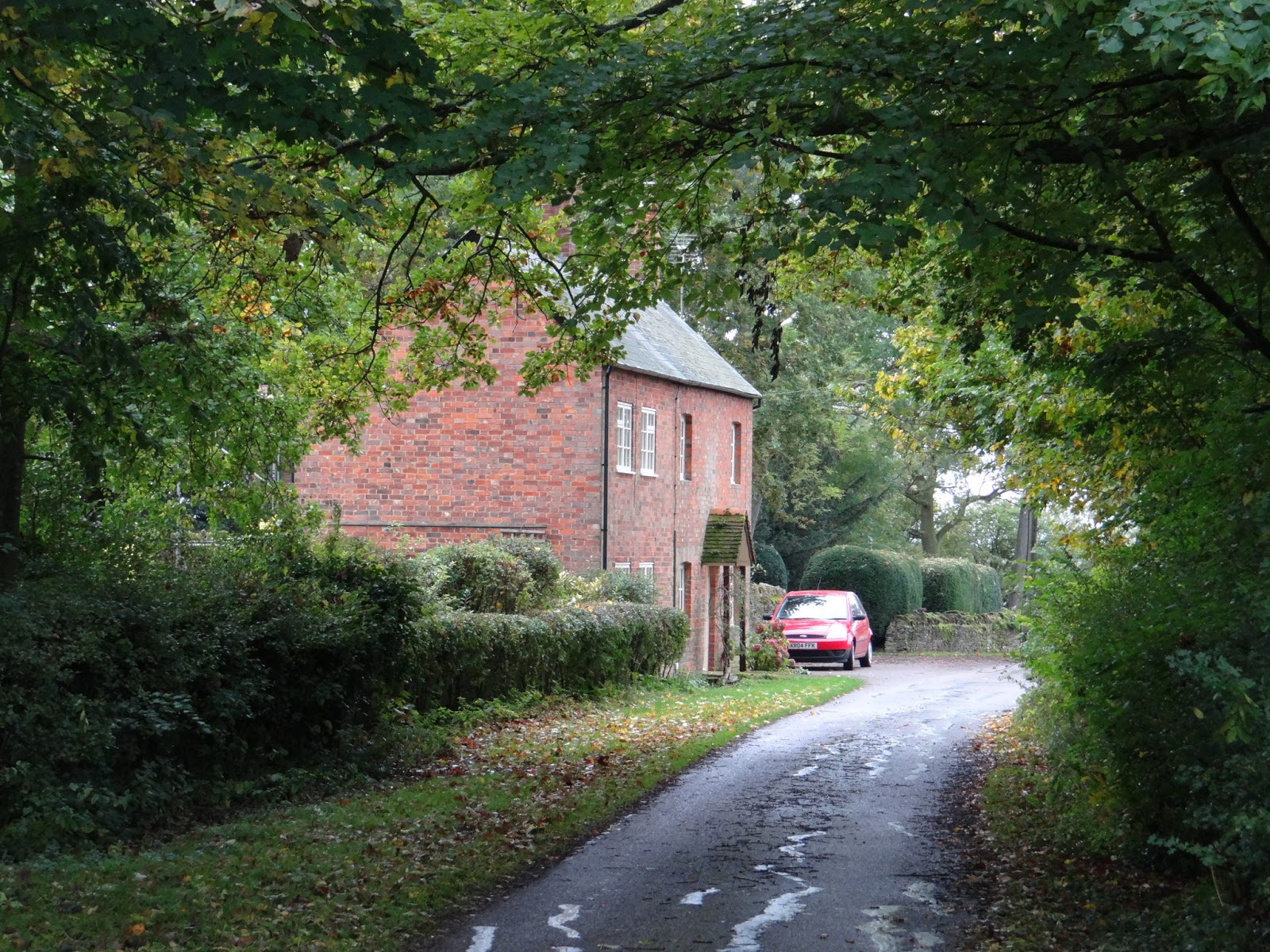 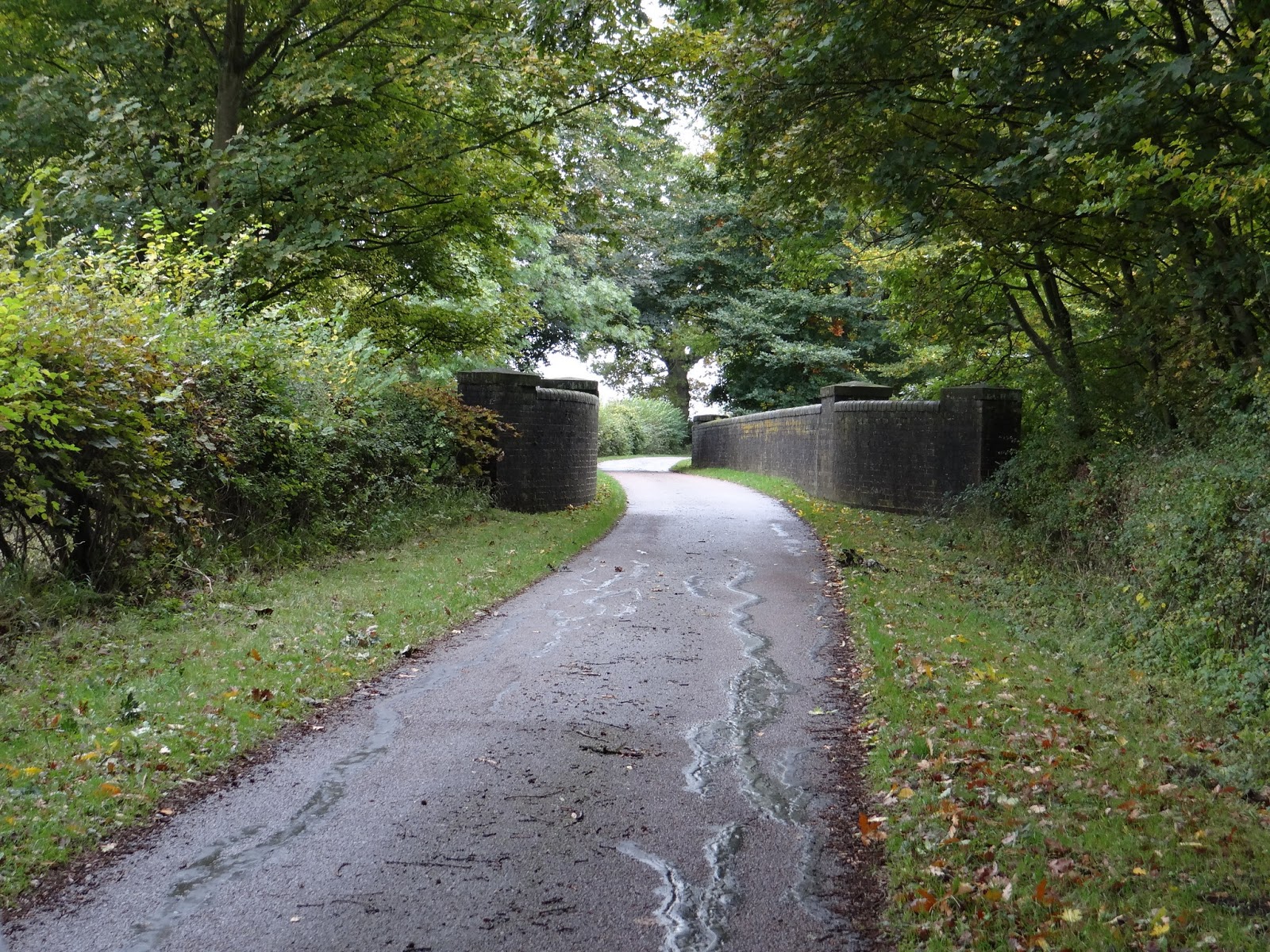 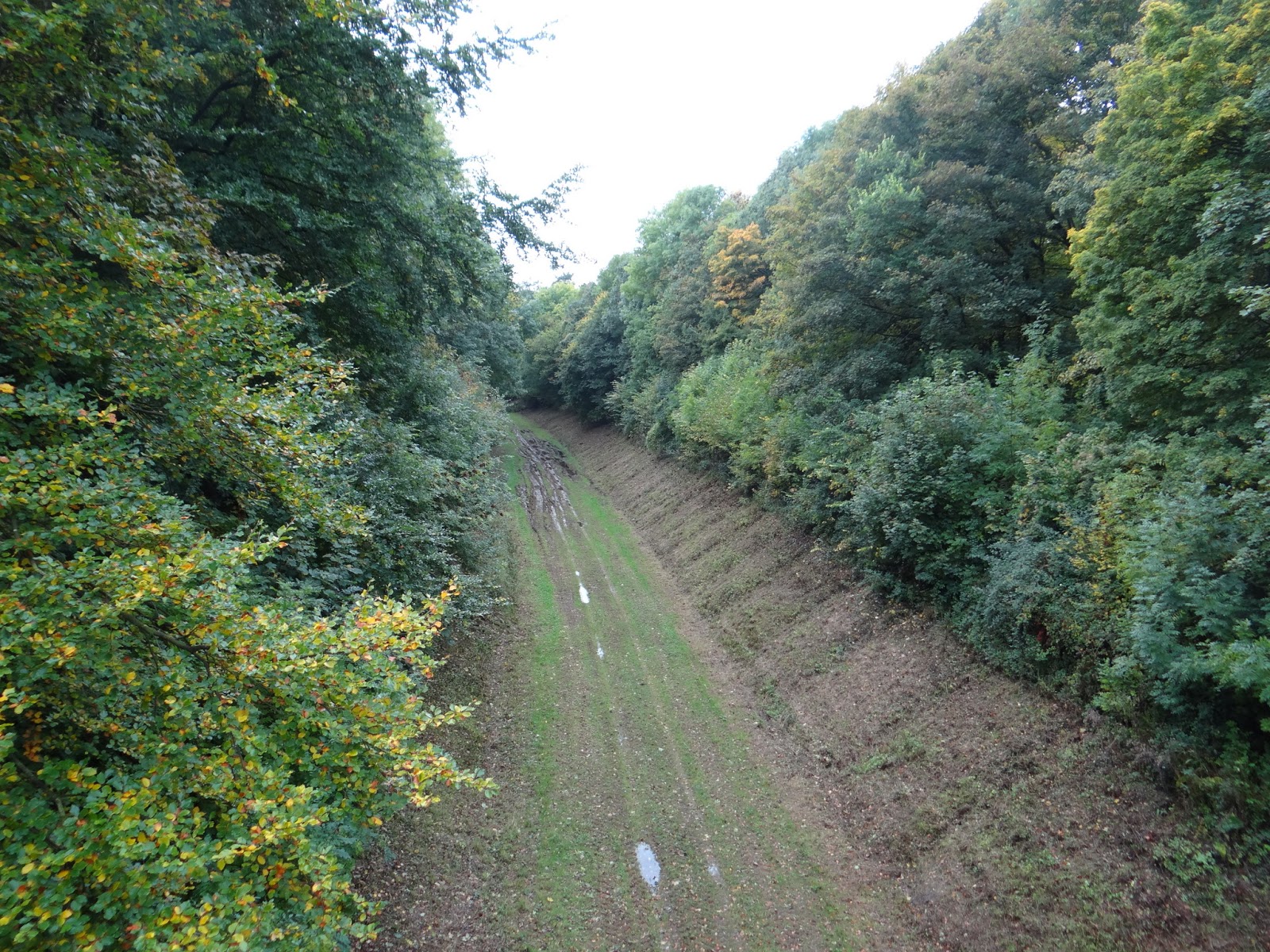 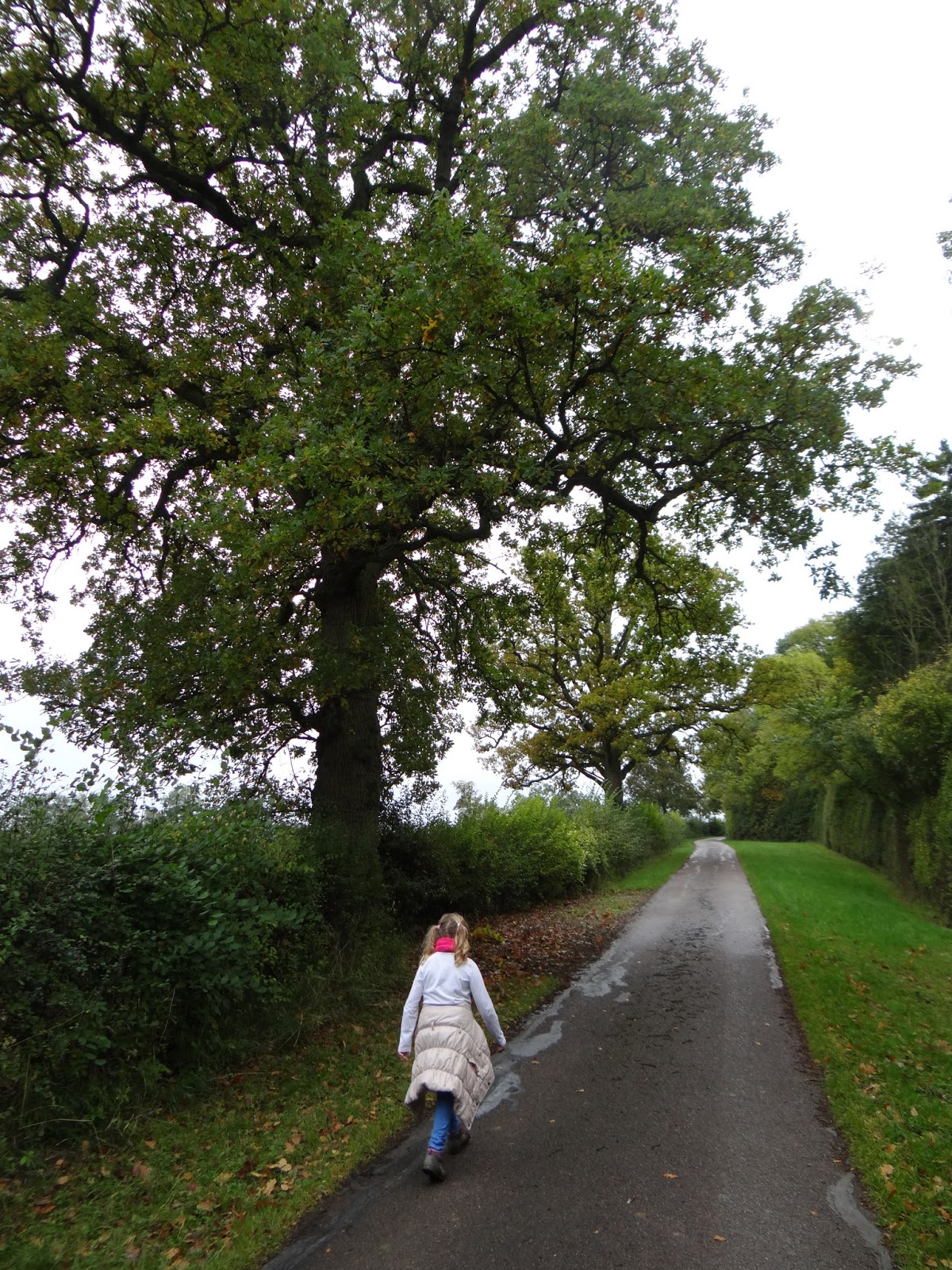 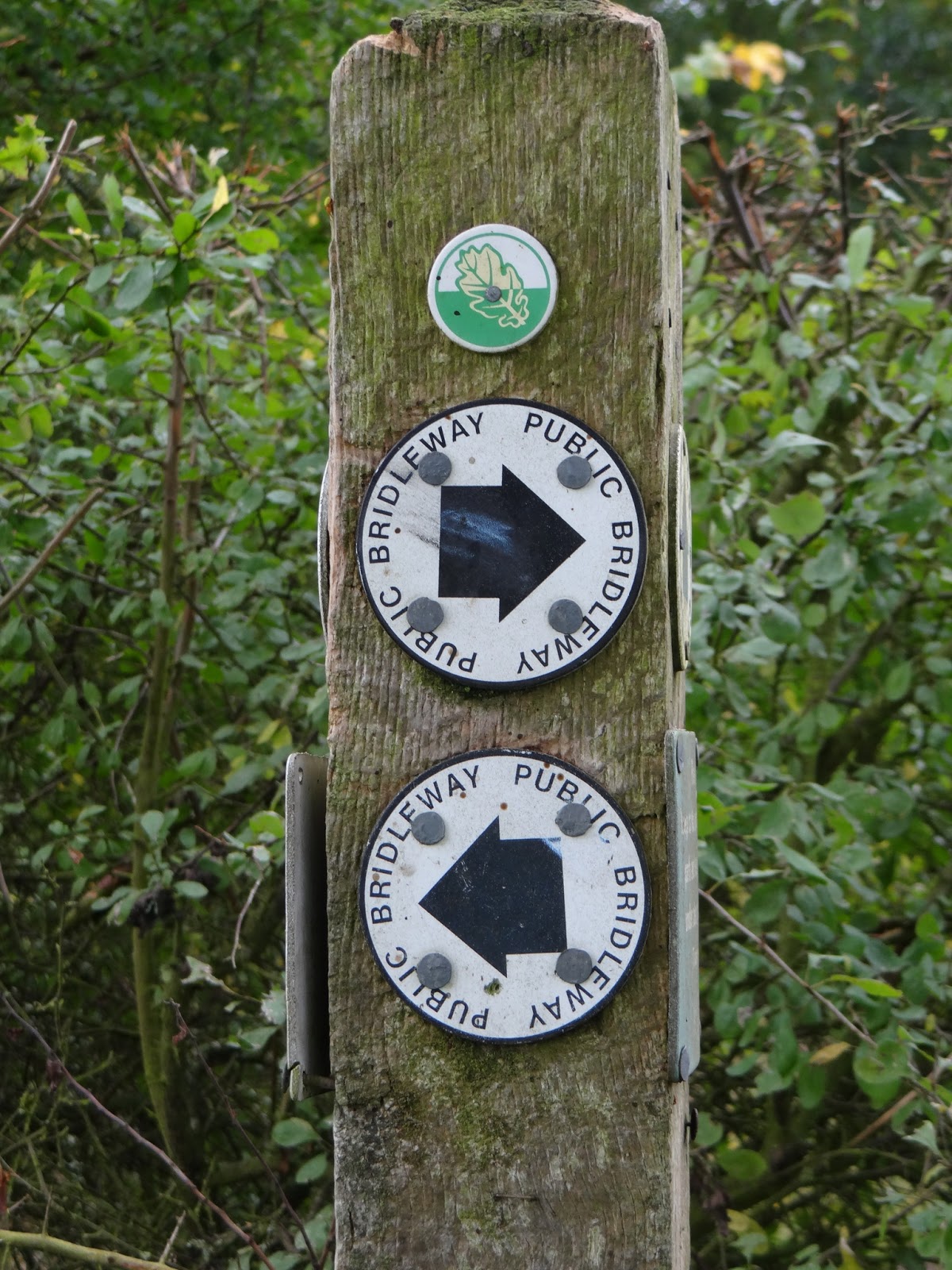 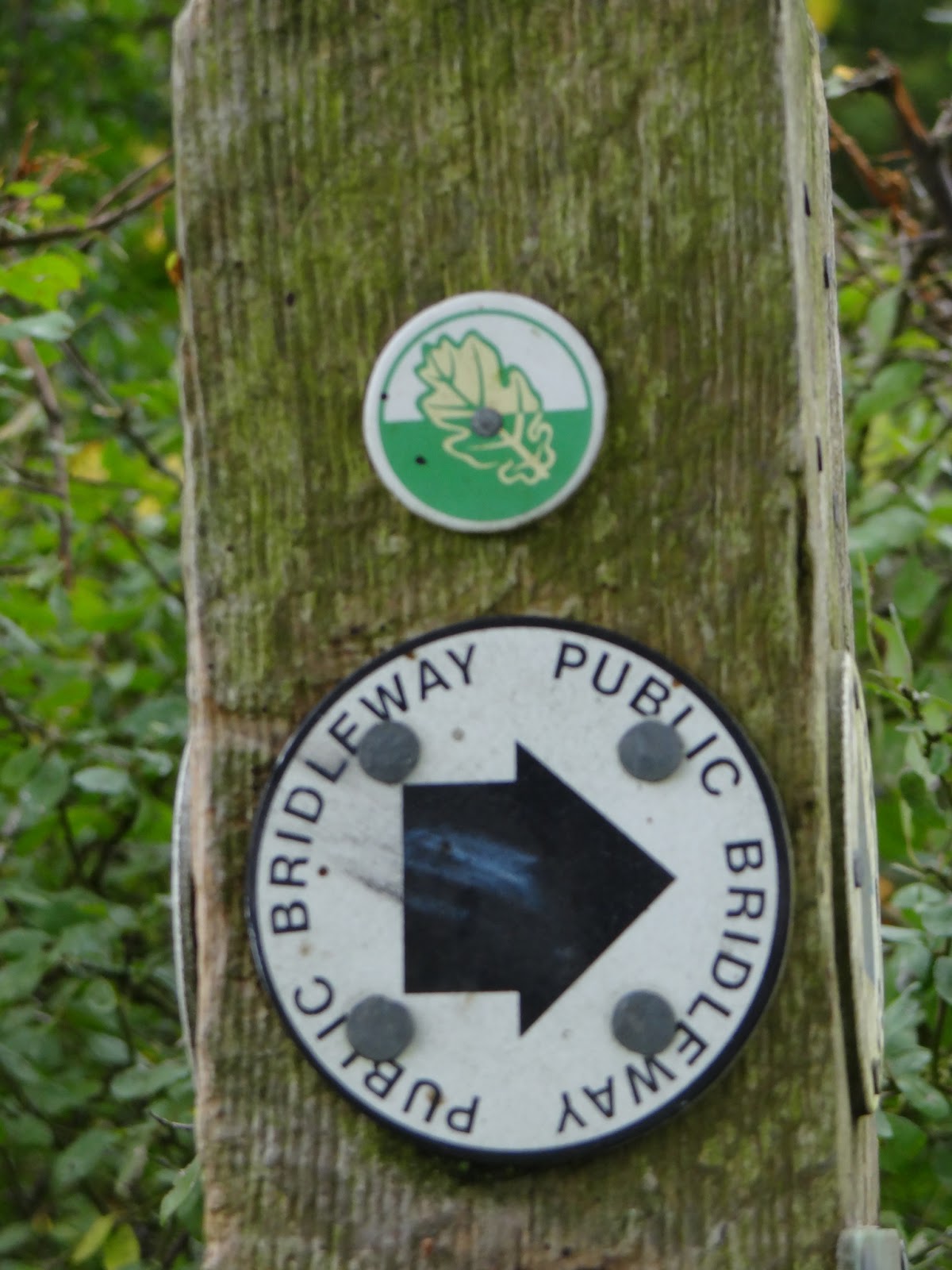 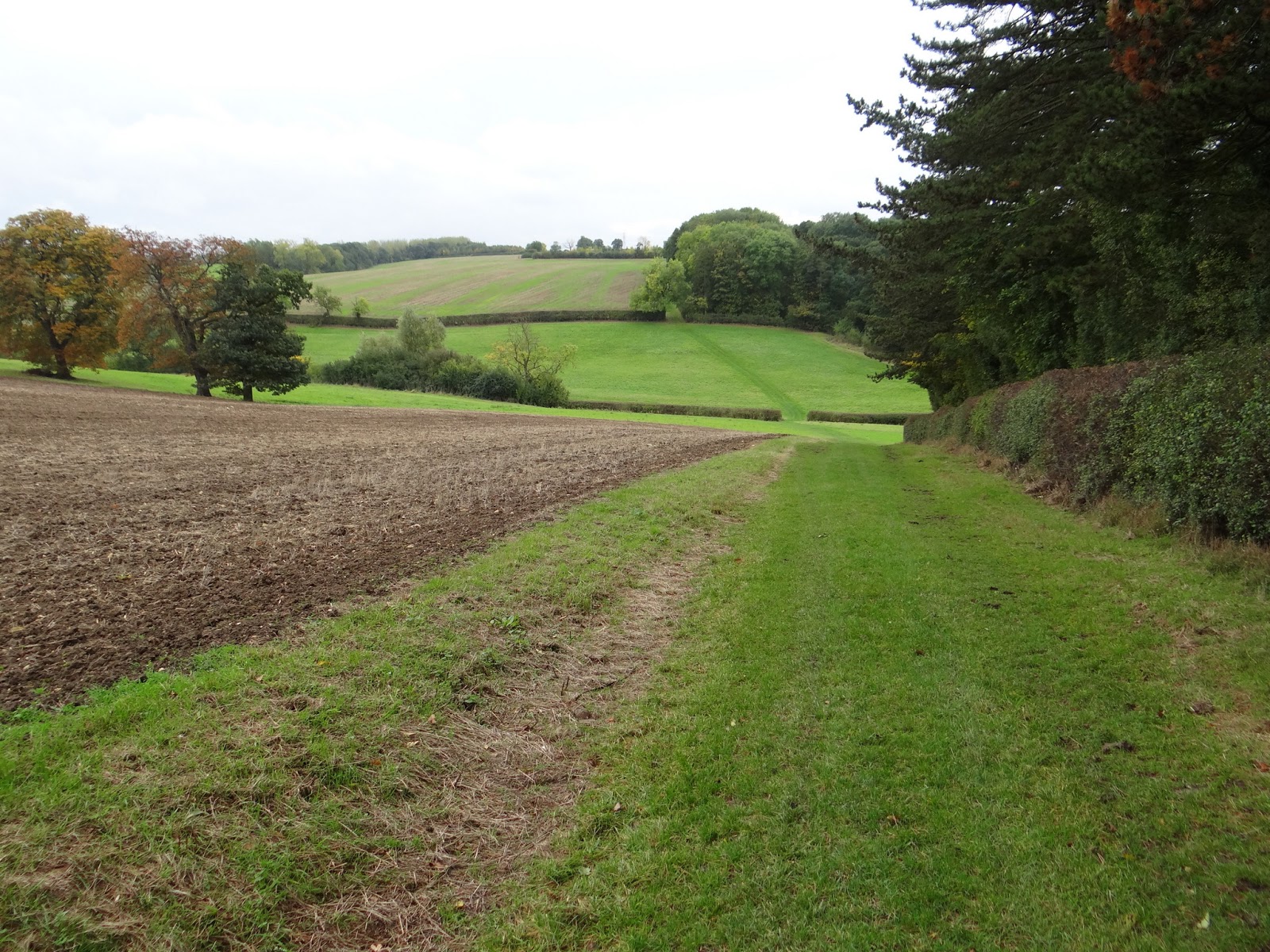 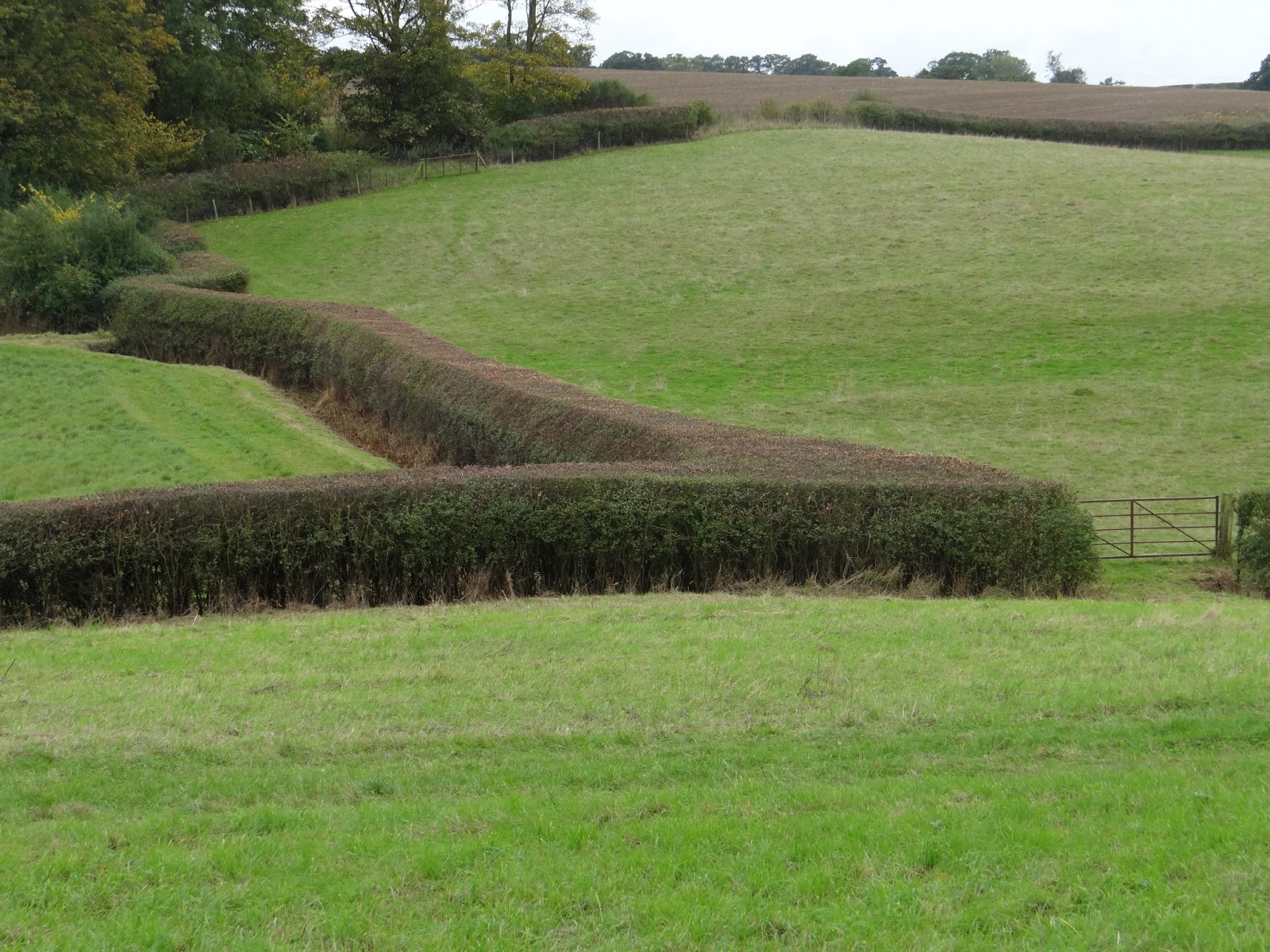 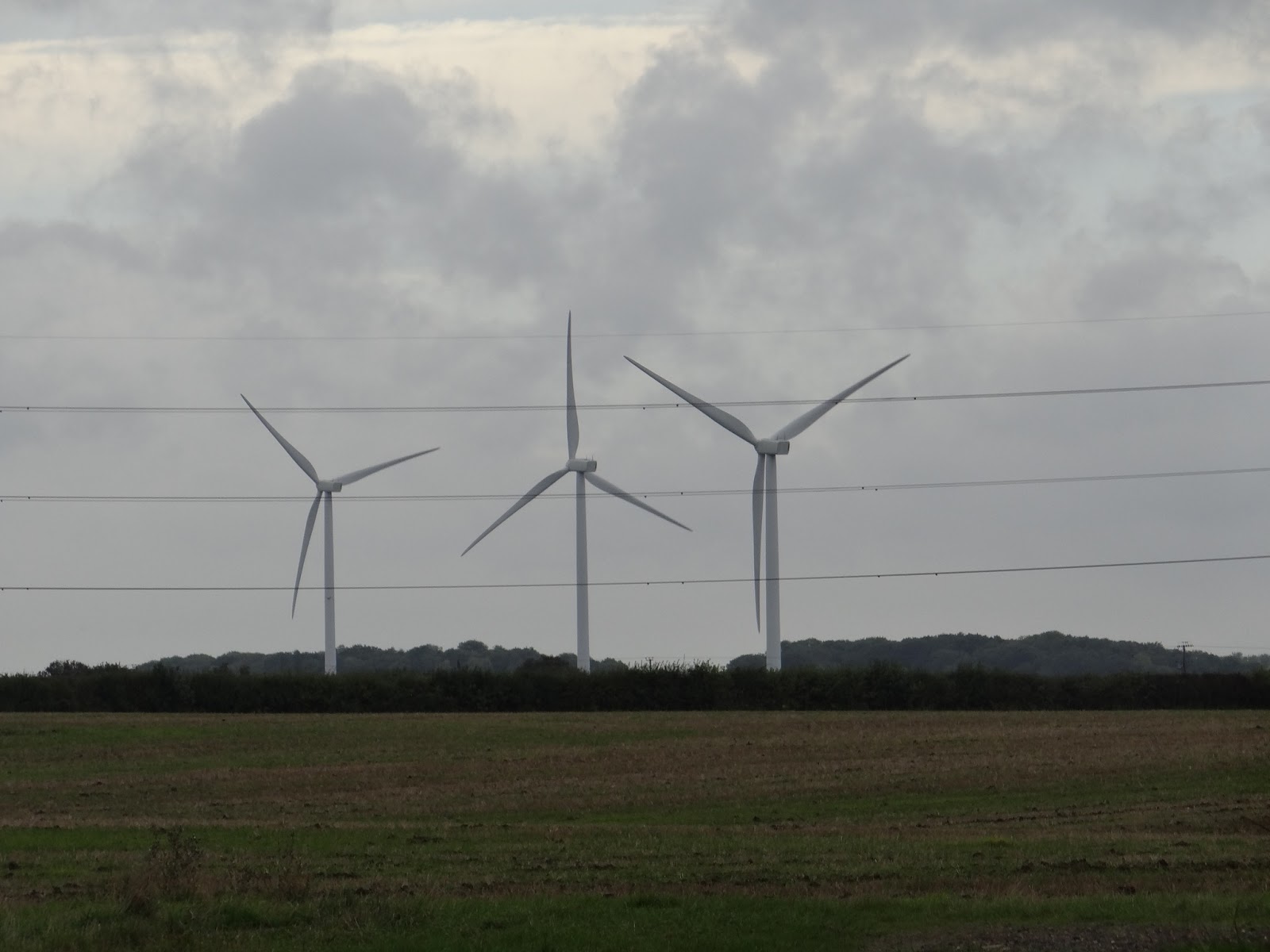 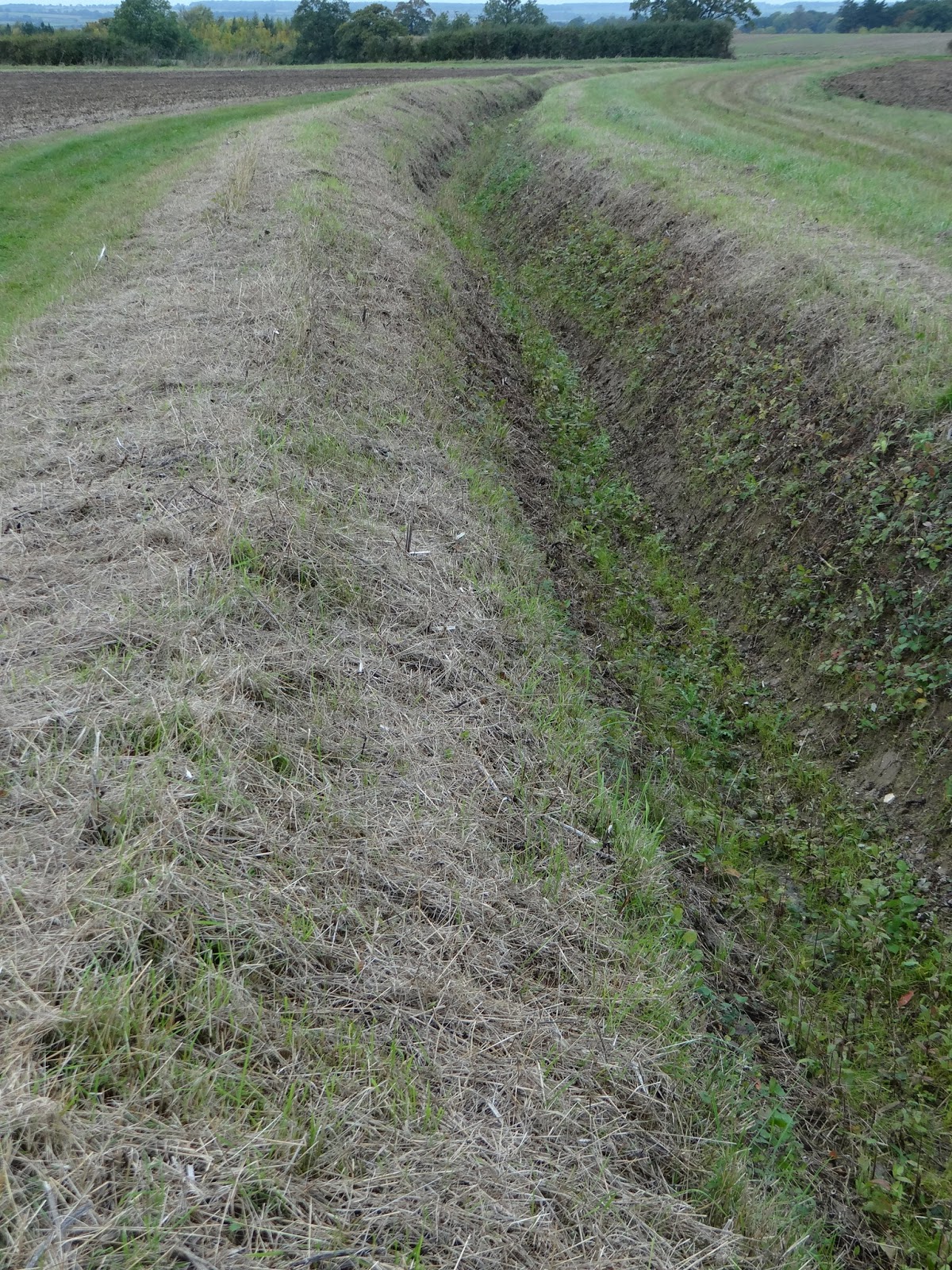