The Gardners » Archives for December 2015

2015’s plan was probably just to do a bunch of caches – the more the better really. I ended up having my best year ever, helped mainly by the release of a massive series of caches (the Hatley Heart Attack ) towards the back end of the year. There was only one new country. We went on holiday to Portugal, where we’d been before, but while we were there we popped over the border into Spain for a day in Seville.

Whilst I was in the middle of attempting to complete the Hatley Heart Attack series, one of the two responsible COs added another whole loop onto the bottom of a location that I’d been to before. So obviously I had to go and find those ones, especially given that it looked like a really easy series, with all the caches packed together at near minimum distance, and the terrain looking uniformly flat.

On this particular day, I managed to persuade Izzy to come with me. I probably bribed her with the promise of going to McDonald’s for tea. She can be bought fairly easily when there are chicken selects and a strawberry milkshake on offer. To be honest, I’m probably bought fairly easily too, although not as easily as if it were beer.

Back at the plot, having Izzy with me is always fun. She moans a little bit about going caching, but then when we get there she’s really keen as well as being her normal chatty self. And she can keep going for a surprisingly long time, subject to there being a reasonable supply of Pringles or cookies (or both).

We managed to find 48 caches in under 4 hours, which is pretty good going by anyone’s standards. It was just about all the time we had available anyway. There isn’t much light in January, we didn’t start early, and it was New year’s Eve, so we had to get home and make ready for doing something else.

A winter’s day up in the North East. The sun was shining and the kids needed to get out and run around a bit, so we took them down to the beach at Seaham. They love it there because you can quite often find bits of rounded coloured glass amongst the pebbles as a result of waste that was dumped onto the shore when there used to be a glass factory somewhere nearby.

We had a bit of a walk around the beach, but not for long, because the tide was coming in quickly, and then we followed it up with a trip into a nearby cafe to grab coffee, cakes and sticky sweets. 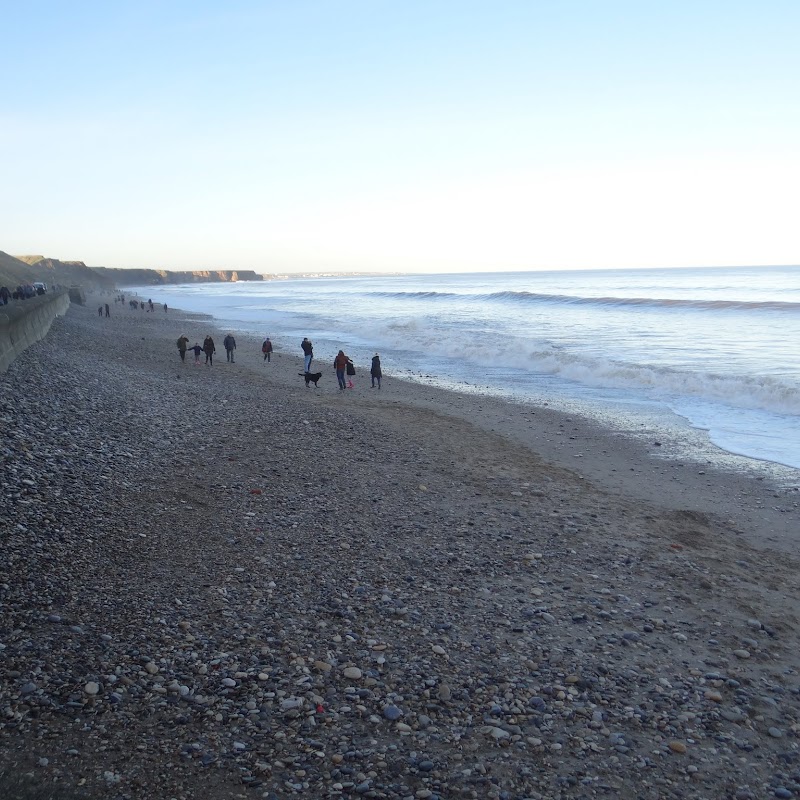 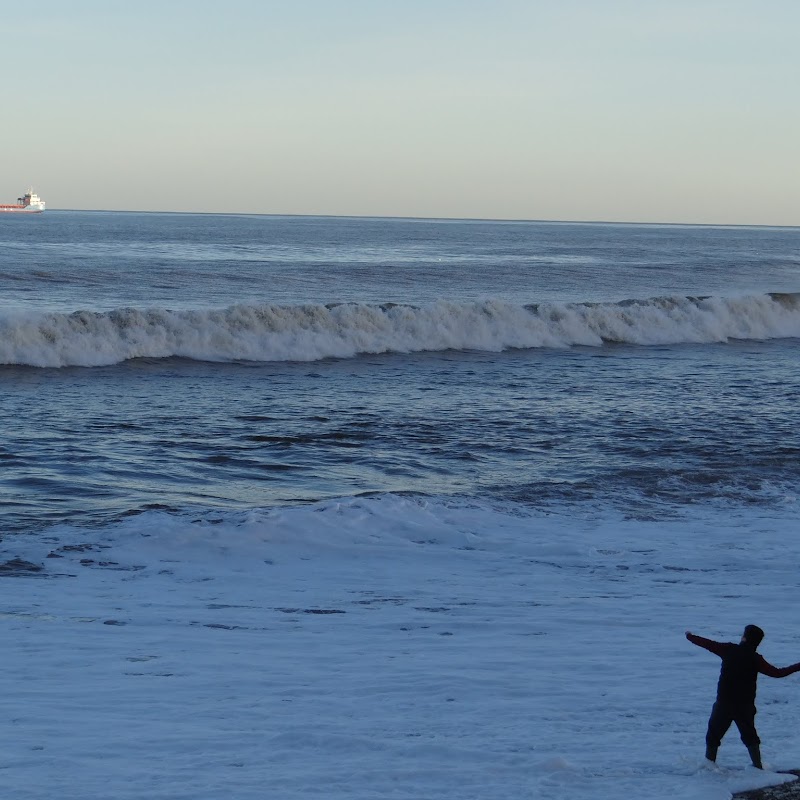 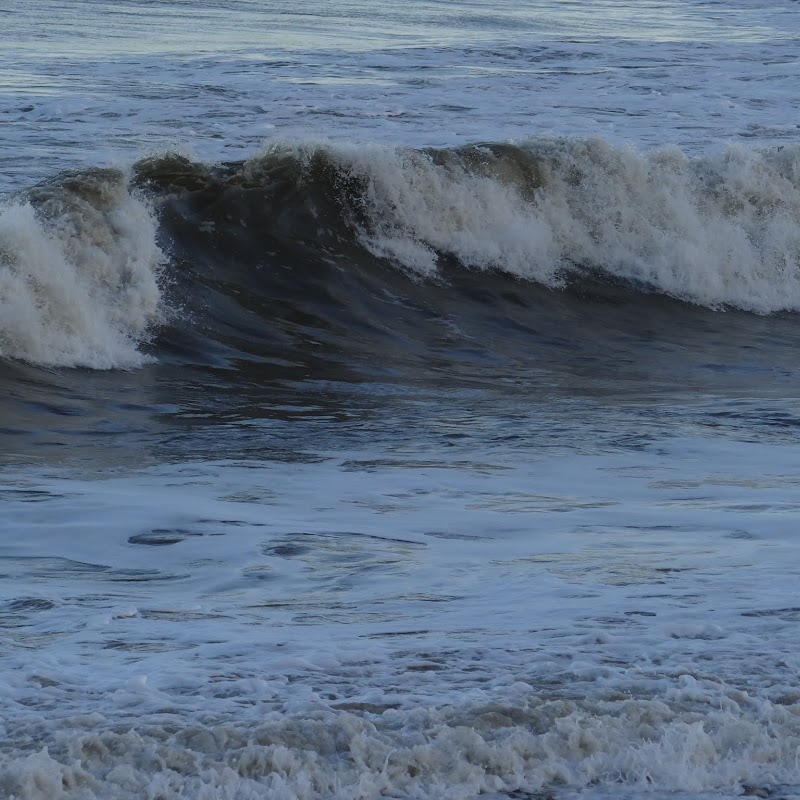 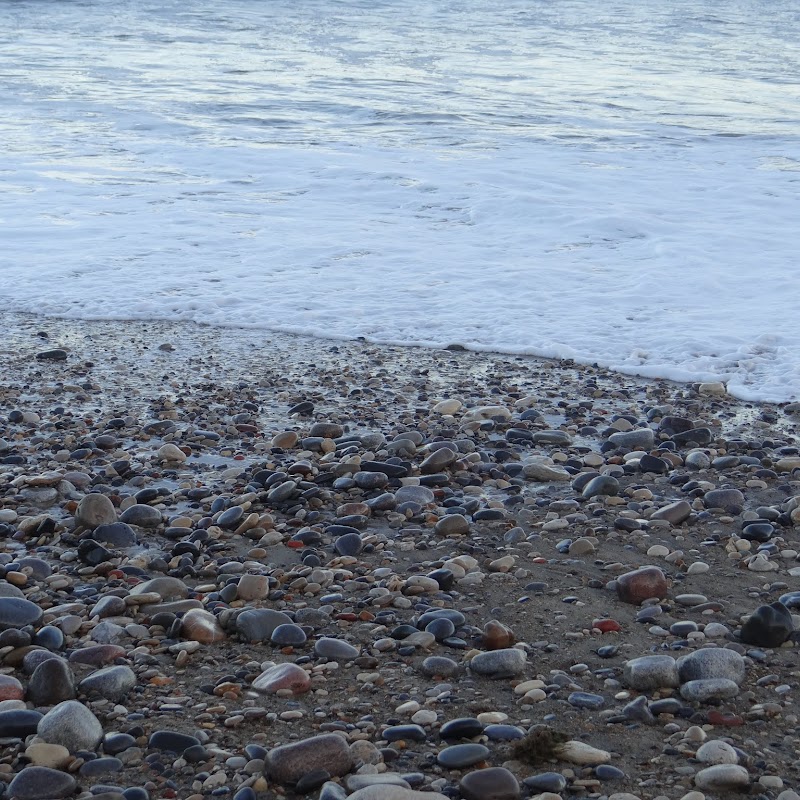 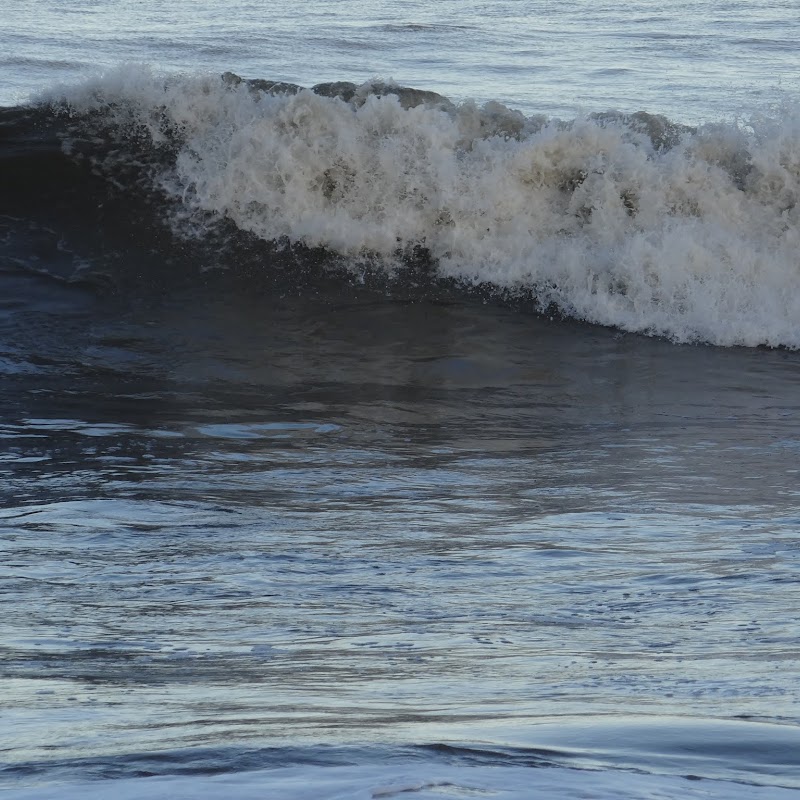 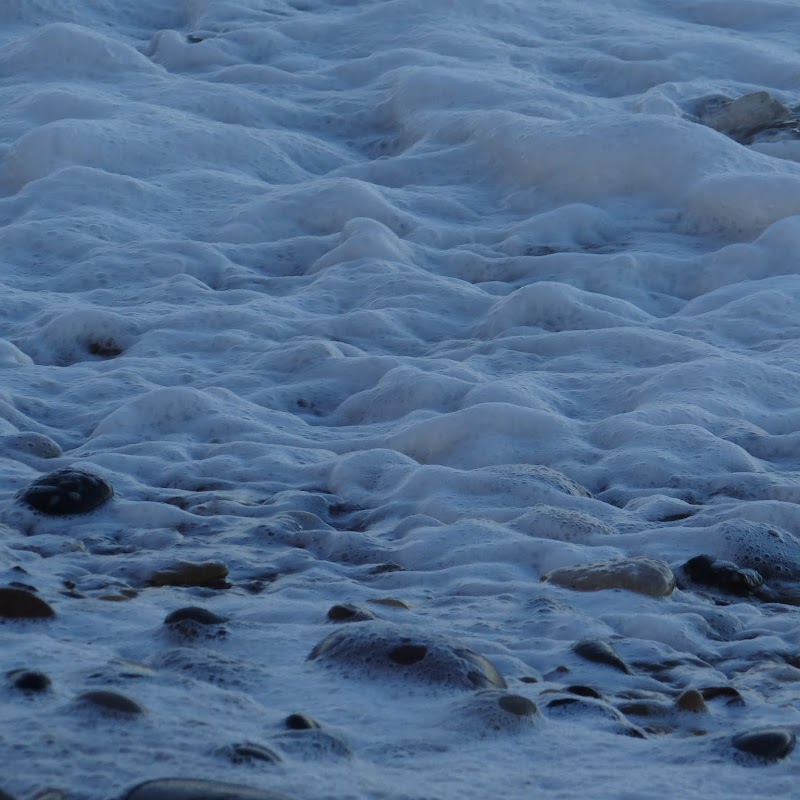 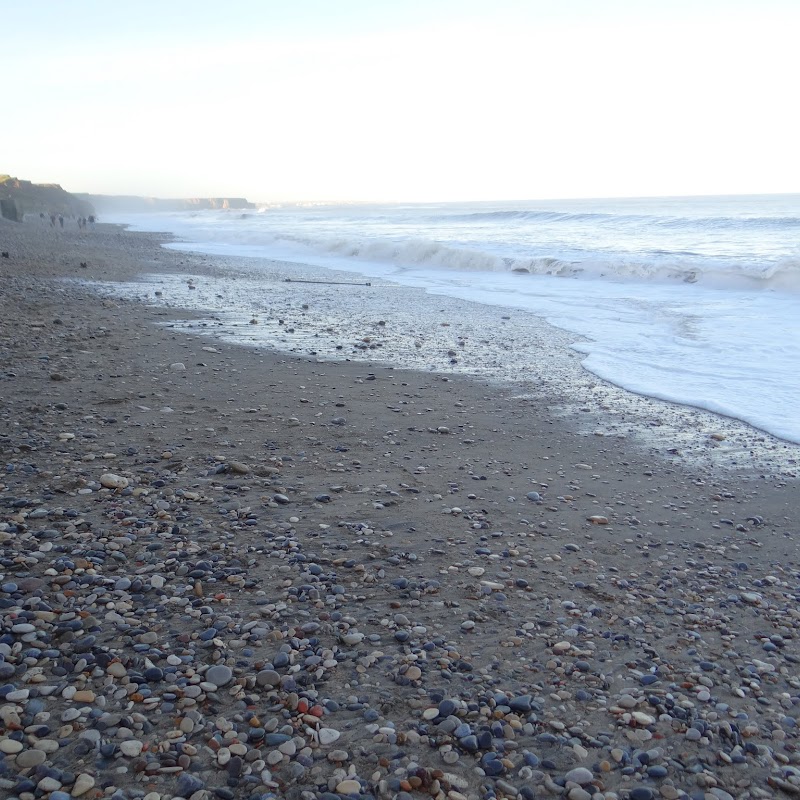 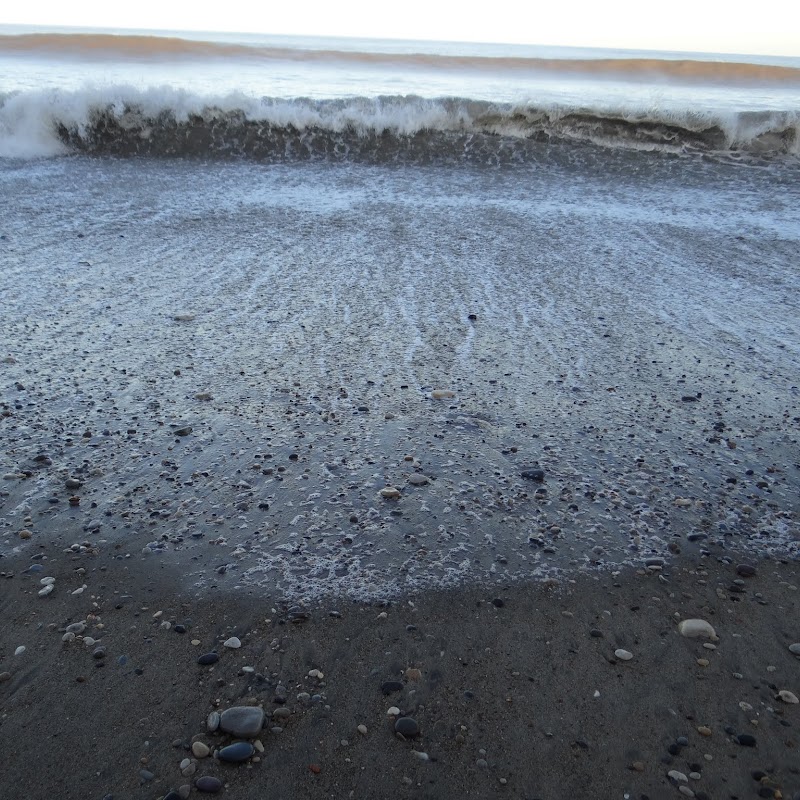 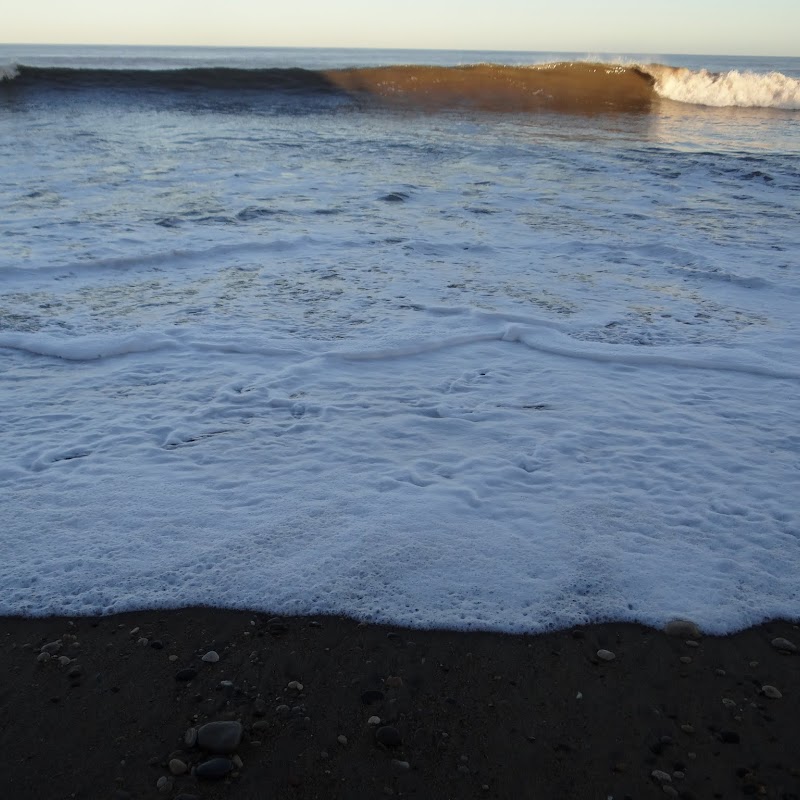 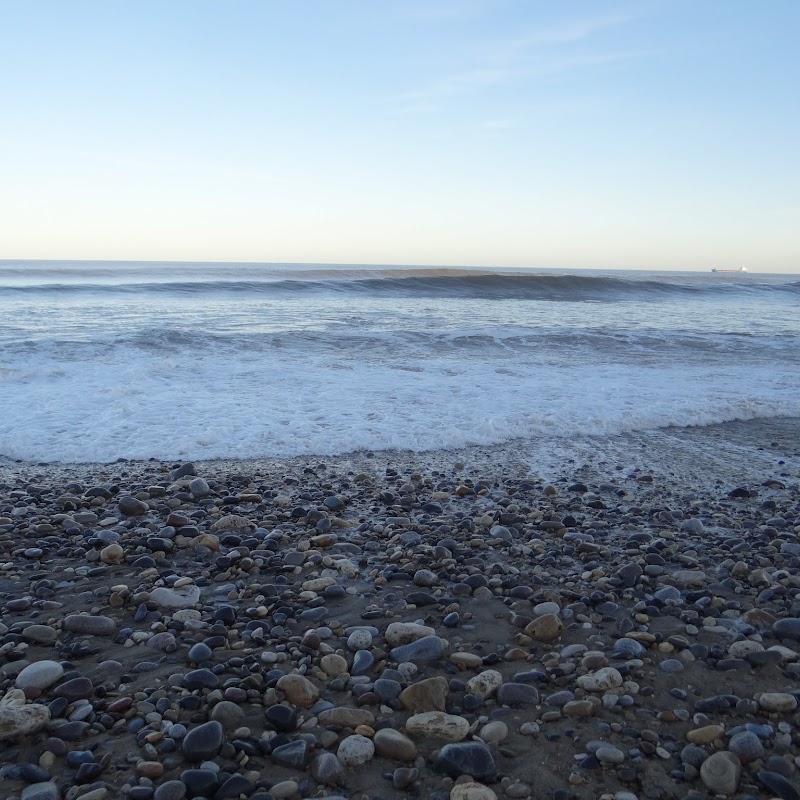 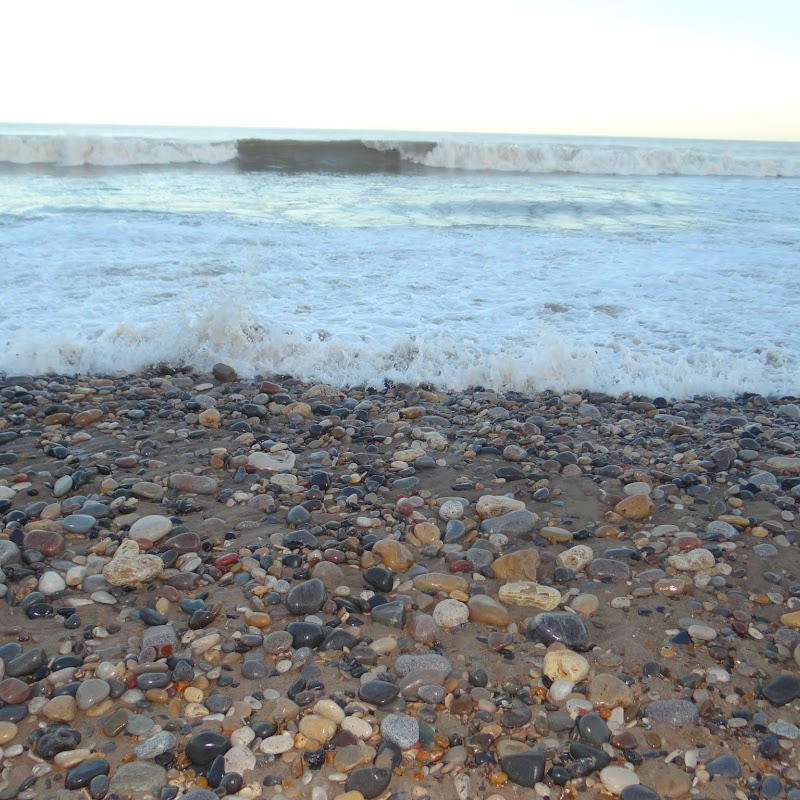 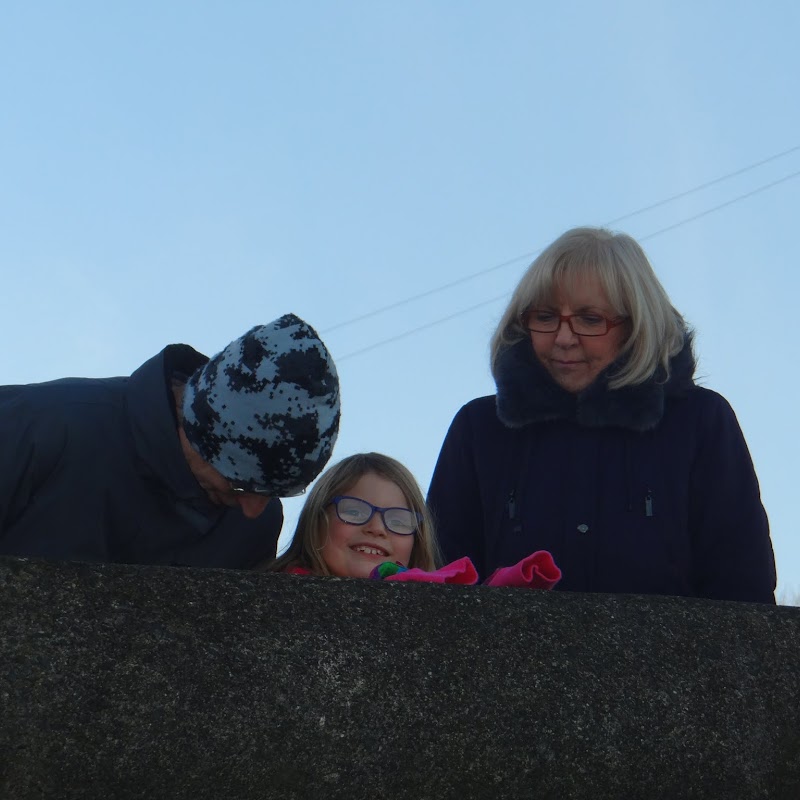 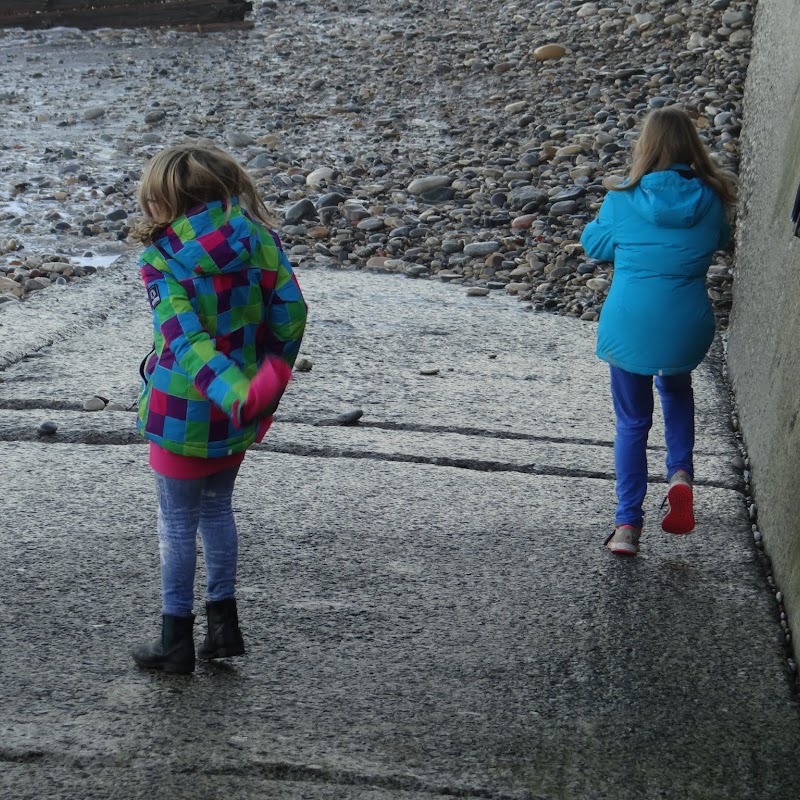 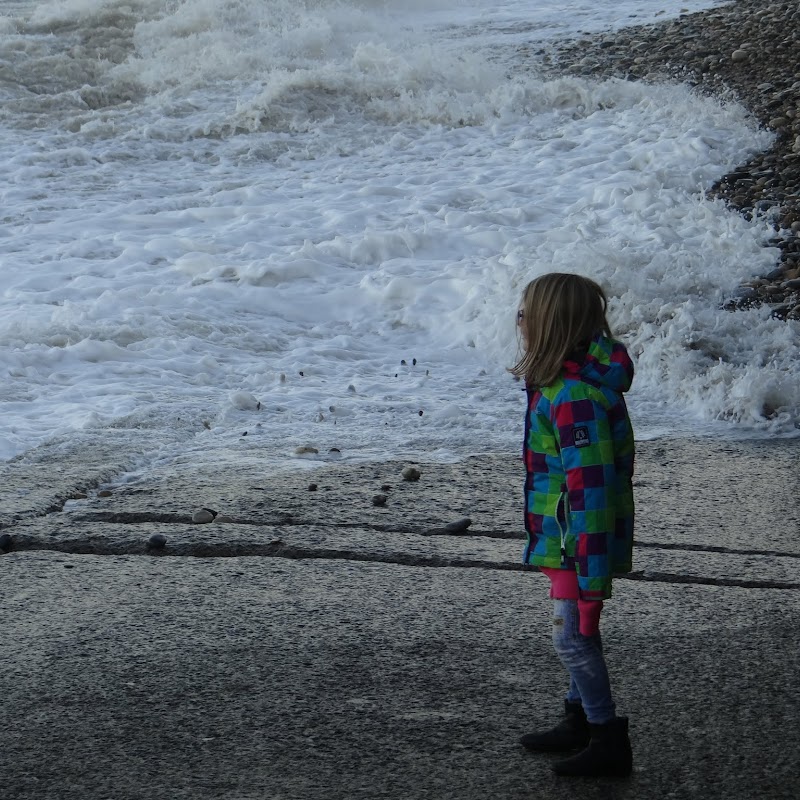 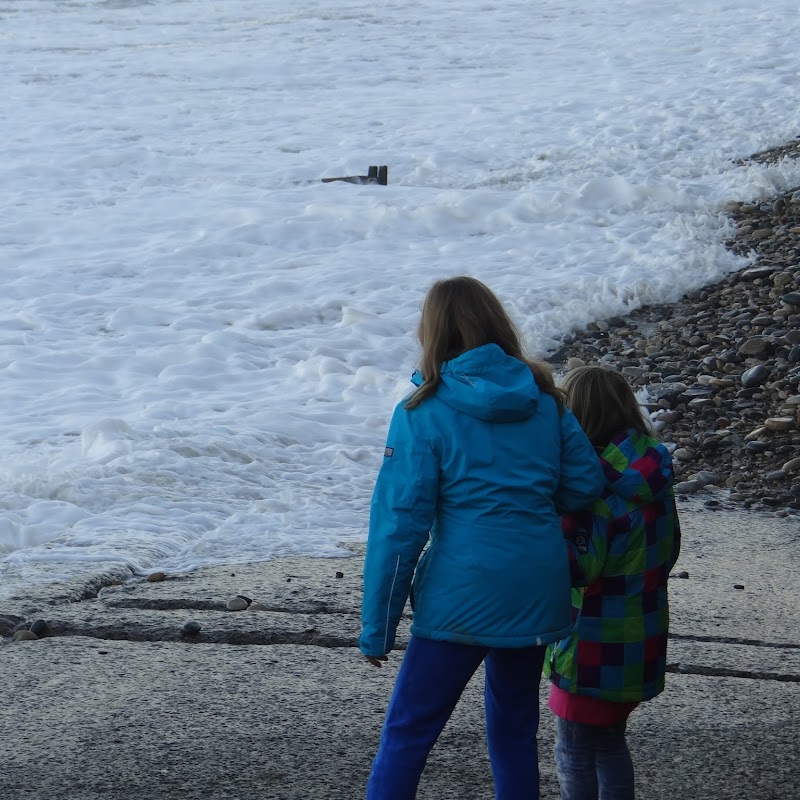 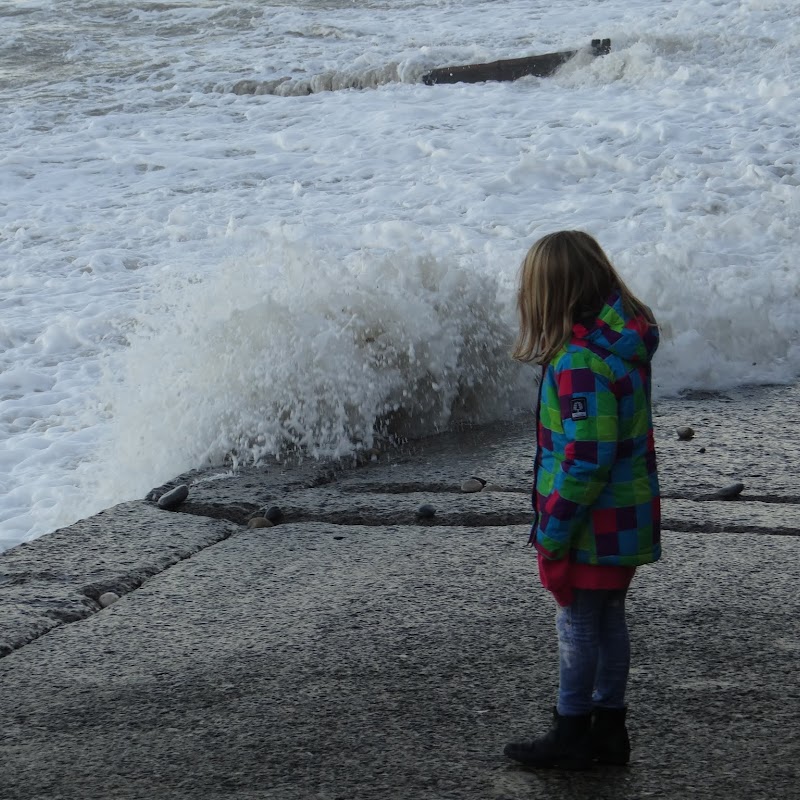 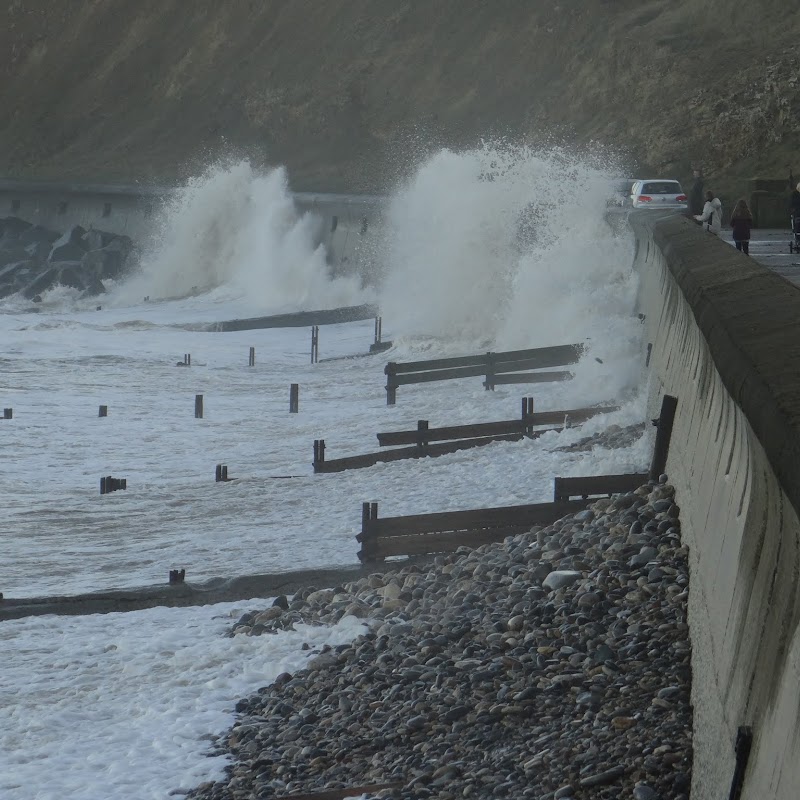 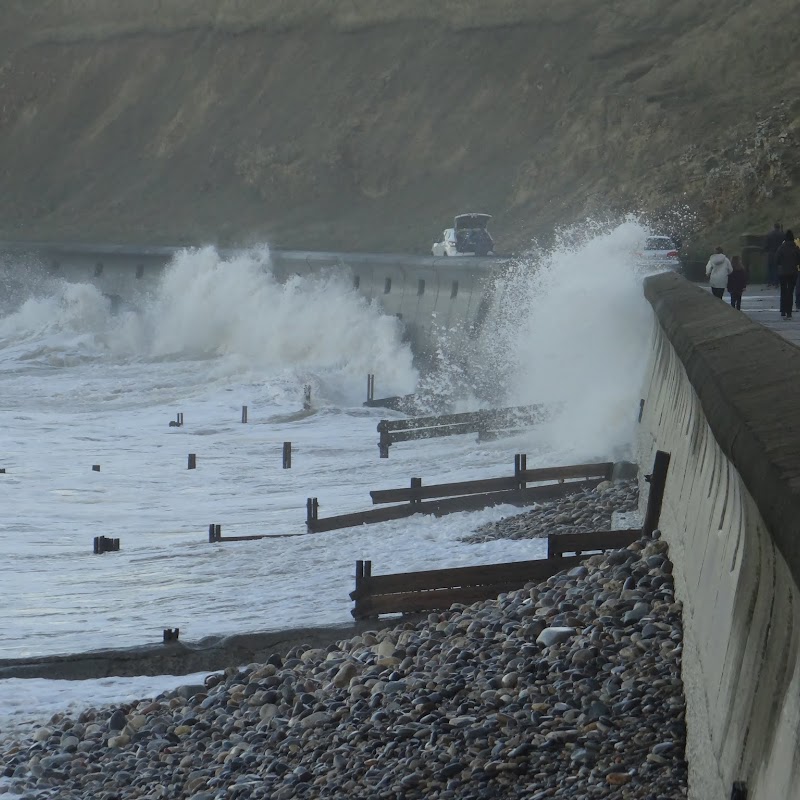 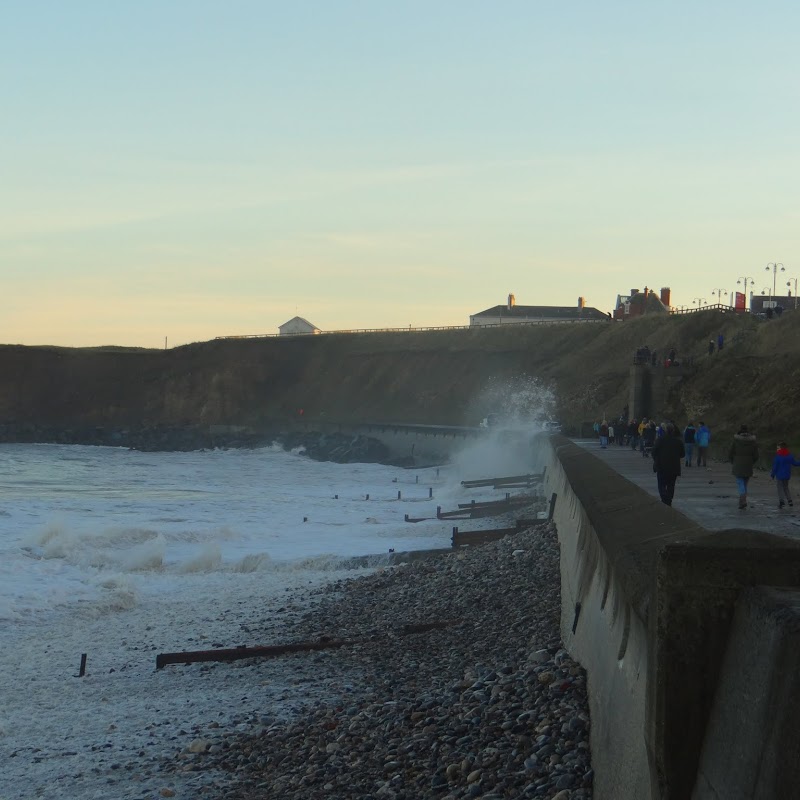 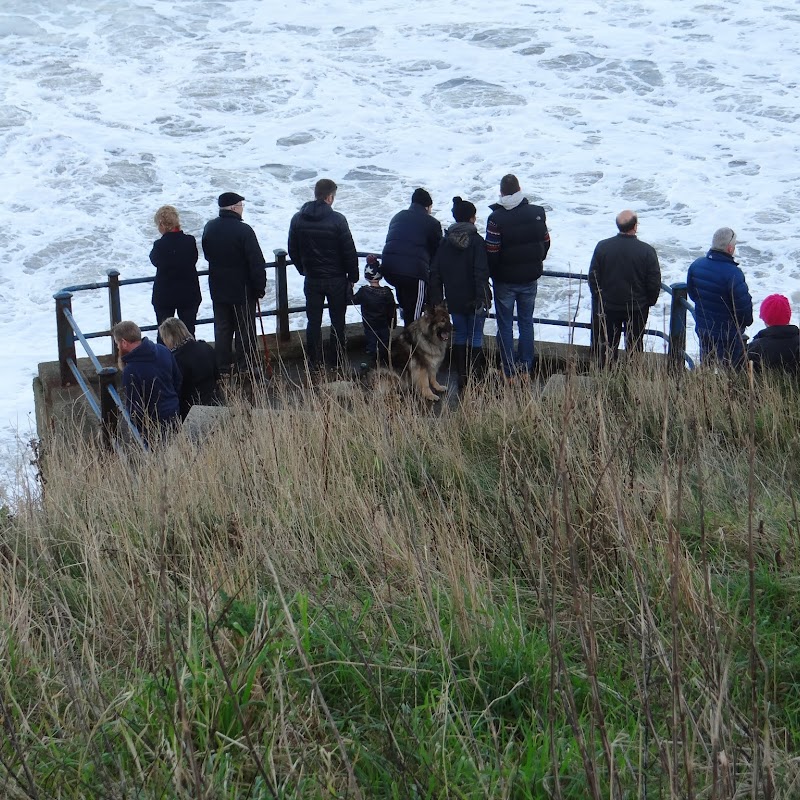 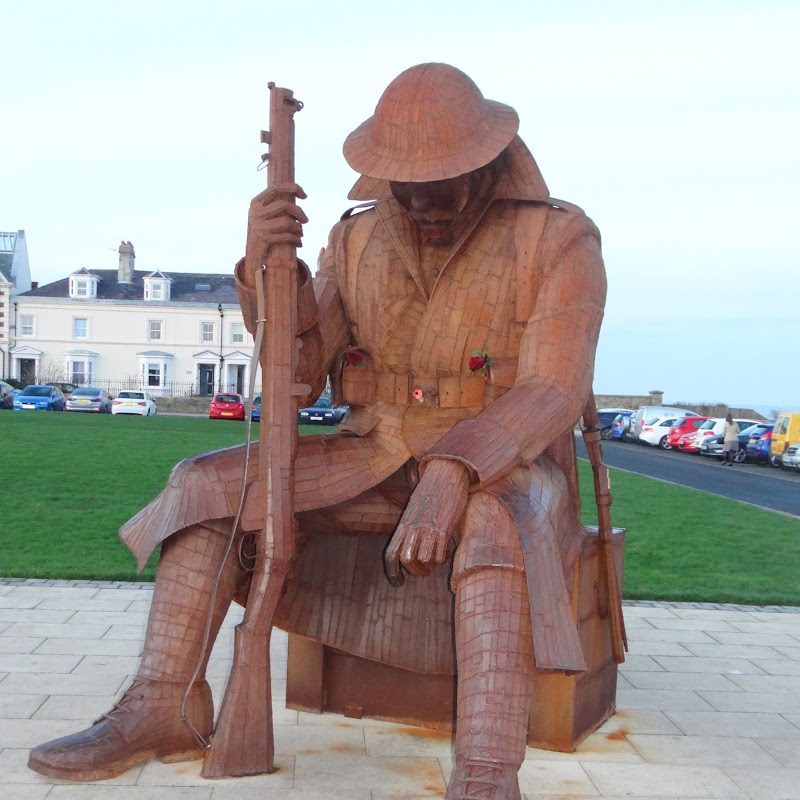 While we were there, we grabbed three geocaches on the way back to the car too.

After a brief trip up to Measham to see my folks over the weekend I had a few days holiday left to use up and, of course, the kids were on holiday. Time for a bit of caching then.

I managed to persuade Ami to come with me for this trip, having assured her we would take appropriate “provisions” and also that we wouldn’t be trying to walk further than she can manage. That’s never an issue, because she can manage to walk a long way when she wants to.

Our target was a couple of sections of the Hatley Heart Attack starting in the village of Tadlow. We set off quite early because, after all, it was December 22nd and hence equal shortest day of the year, with only about 8 hours of useful daylight to deal with. I deliberatetly picked a location where we could duck out half way around, just in case the weather was rubbish, or we timed out, or just got bored.

We set off from Tadlow in a north-easterley direction walking around a biggish clockwise loop leading down towards Guilden Morden and back into Tadlow. From there we had a second (somewhat smaller) loop running west and then north towards Wrestlingworth.

I didn’t take my camera, so no photos, I’m afraid.

We were out all day, but we did finish both planned loops and found 74 caches over a distance of 18.5 km, and it was properly dark not long after we got back to the car.

We were spending a pre-Christmas weekend up at my folks’ house in Measham. We drove up on Friday night, as we usually do, and ran parkrun at Conkers on Saturday morning, as we also usually do. Once we’d done all the usual I found myself with a spare afternoon, as a result of the ladies of the family having an attack of “it’s cold” or “I’m tired” or “meh!”, so I decided to go for a bit of a walk to attack a small series of caches in Measham that had appeared since we were last there. Or at least, they’d appeared since I last went caching there.

The series was good from the perspective that it didn’t need the car – it started and ended in Measham village. It was also of a conveniently short length that it could be done comfortably in the afternoon, even right near the winter solstice.

It involved a walk that I’d pretty much done before on a previous day, although that day I was with Kas and we were running. It went over the fields towards Oakthorpe and then east towards Willesley before turning back around towards Measham. It’s not a hugely long walk and the series had 21 caches on it.

There weren’t any hiccups en route apart from nearly falling down a hole in the road (it had to be straddled to reach a cache). It was a cold day and a bit wet. This caused me more disturbance than the caching, which was quite straightforward.

Anyway, I got back home before darkness, and probably in time to have to find some reason for not watching Strictly.

We weren’t in any hurry to get home on Monday so we planned to stop for lunch. As ever I woke up earlier than I want, and the girls were in full “lazing around” mode, so I jumped in the car to go and do a mini circuit of some church micros to the west of Measham, specifically those at Linton (x2), Lullington, Coton in the Elms, Cauldwell, Chilcote and Rosliston.

Gotta spend my time doing something, you know.

Caches found over the two days were :

A cold and grey day in December with nothing much to do. Might as well go hunting for tupperware.

First up was Charlie’s Third Loop, which required parking on the road between Woburn and Little Brickhill. It was a short loop of 17 caches which took me less than two hours to do. It involved a very pleasant walk through some of the woodland up on Brickhill, followed by a dive down into the bottom and a walk over ground I’d previously covered doing the Orange section of the MK Boundary Walk.

Second up was Charlie’s Fifth Loop, which required parking in Milton Keynes over the park from the Open University campus at Walton Hall. This one was a more urban route around the paths in Walton Hall and Woughton-on-the-Green, so it was quite fast going. It was getting pretty well dark by the time I got back to my car though.