The Gardners » Adventures » Hacking Around Hatley 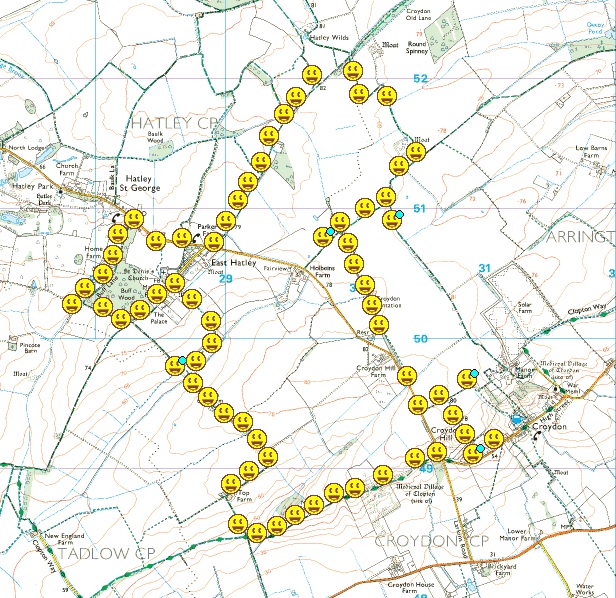 This was another day for eating away a big chunk of the Hatley Heart Attack series.

On the radar for today was a biggish loop starting in Hatley itself, and looping towards the south and east over a distance of about 15km.

I’m afraid it was another day where I didn’t take my camera, and where I didn’t pass any spectacularly good caches. There were just lots of them. 68 in fact.

It took me all day. It was getting distinctly dark by the time I got back to the car.

Generally, they were all easy finds apart from one that was evidently missing, and one where I found the appropriate hanging device mentioned in the hint, but no actual cache. It didn’t matter much though, because one of the remaining loops I had to do after this involved returning more or less to the spot where those two were missing.

As I approached the very final little part of the loop, around the church in East Hatley, I bumped into a couple from Scotland who looked like they were also up to no good. Nice to meet you. They were apparently doing a few caches in the evening, having driven down during the day, and had the aim of hacking round quite a few of them on the following day.

Caches I found on the day were :