I had a holiday spare in December, having saved one up in case the girls had a teachers strike or an illness, but none materialized so I decided December 6th was late enough in the year to risk it. In fact, this was the second day in a row that I’d taken as holiday to go caching. On the previous day I’d had a fairly disastrous day at the Ashridge Estate and then in Milton Keynes, during which I’d found only 10 caches in about 5 hours and eventually gave up in despair.

I had been thinking for a couple of days about how much of the MK Boundary Walk geocaches I could get done in a single day at this time of the year, and I reckoned I could make it from the woods above Bow Brickhill all the way round to Newton Longville, passing through Great Brickhill. This gave me about 40 caches to go at – the “higher” end of the MKBW Orange Section and the whole of the MKBW Red Section. It looked like around 9-10 miles, so should be achievable in around 5 hours.

I parked my car up in Newton Longville (with a spare pair of shoes) and then Kas picked me up and drove me up to the top of the hill above Bow Brickhill to the point where the road intersects the Greensand Ridge bridleway/path, just around the back of the Woburn Golf Courses.

From here I initially walked more deeply into the woods along the bridleway to pick up a couple of Orange Section caches – filling in most of the distance over from Woburn Sands – and after these first three I turned around and started to head clockwise around the boundary walk. The initial target was to finish off the top of the Orange Section, which runs from here around to the A5. This section includes some multi caches as it passes on a public footpath that passes through the middle of the golf courses. In fact, that was a persistent problem for Kitey when he set this section. His allocated route has to make its way across the golf courses at Wavendon and Aspley Guise as well as the famous Woburn club.

As I was crossing the Woburn section there weren’t many golfers (well, it was 9:30 on a cold morning in December, so it might have been off season), but there was some irritating re-routing on one of the paths where there was a bit of tree engineering in progress and there was a bloke tending the greens. I have to admit I didn’t feel comfortable walking across there really, like that part in Falling Down where Michael Douglas struts through the middle of a country club scaring rich blokes, only the other way round. Just had the feeling I wasn’t supposed to be there. The caches were all fairly easy though, so at least I got through there as quickly as possible.

Once you pass through the golf course you are going quite sharply downhill towards the A5 – you come out onto a small road and then cut back again across a couple more fields, which proved to be extremely muddy despite the freezing temperatures.

Once at the A5 I diverted straight up the road for 300 yards to pick up a cache in a lay-by there, and then rejoined the footpaths at the start of the Orange Section, placed by Dave’s Piglings. The first part of this section is, shall we say, a bit agricultural. Which means at this time of year it’s muddy. One of the first ones was stuck to the bottom of a drinking trough, but as it was in a recently used field there was basically a 12 inch deep lake of sloppy mud with cow footprints for a radius of about 10 yards around it. The only reason I got there without drowning in the mud is that there’d been some frost, and just here quite a lot of the surface had frozen over solid. Not all of it, but enough to stand on without sinking in, so long as you stepped on the right parts. It was like something out of an Indiana Jones movie. I imagined if I stepped on the wrong place I’d just sink in up to my neck and I’d need a bloke with a whip to come and rescue me from certain death. Thankfully I managed to get there without too much incident, although while I was signing the cache I was definitely sinking in.

All the caches from here through to Great Brickhill were muddy but straightforward apart from one where I needed to phone for help – it involved some steps and a stile, and a bit of ambiguity in the hint.

At Great Brickhill there was another multi and trad and then I descended further down into the valley of the Ouzel. Once away from the village the section took the road here. At the crossing of the Ouzel I had a DNF as a result of recent floods, which had totally removed the initial cache. The replacement for this one was set at a much greater height in an attempt to avoid future flooding issues. The water was still really high.

Where the road reaches the Grand Union Canal the caches take a north turn along the canal up into the bottom end of Bletchley at Water Eaton. The canal had ducks walking on the top. From Water Eaton the route runs along the roadside in a westerly direction until it reaches the West Coast Main Line and the new Newton Leys estate. At the time Newton Leys was very new. They had put in a couple of the access roads and what was probably “Wave 1” of the housing, but it was still, mainly, a muddy building site. One of the caches was right in the middle of a load of building works and I had to be careful. And from there the footpath had been, erm, “diverted” by the builders through a nearby mudbath that was masquerading as a field. Eventually this not-quite-a-footpath rejoined where it was supposed to be and turned into something more credible (by which I mean walkable). Around here though I hit a few problems with hints I didn’t understand and locations I didn’t like much – consisting mainly of caches in hedgerows that were still rife with late-season nettles and spikey things. I did find them all but a few of them were quite painful.

This continued all the way until about half a mile before Newton Longville. By that time I’d had enough, and it was going dark anyway.

Thankfully my car was where I’d left it and I returned home having found a total of 44 caches, which isn’t bad for a winter’s day. 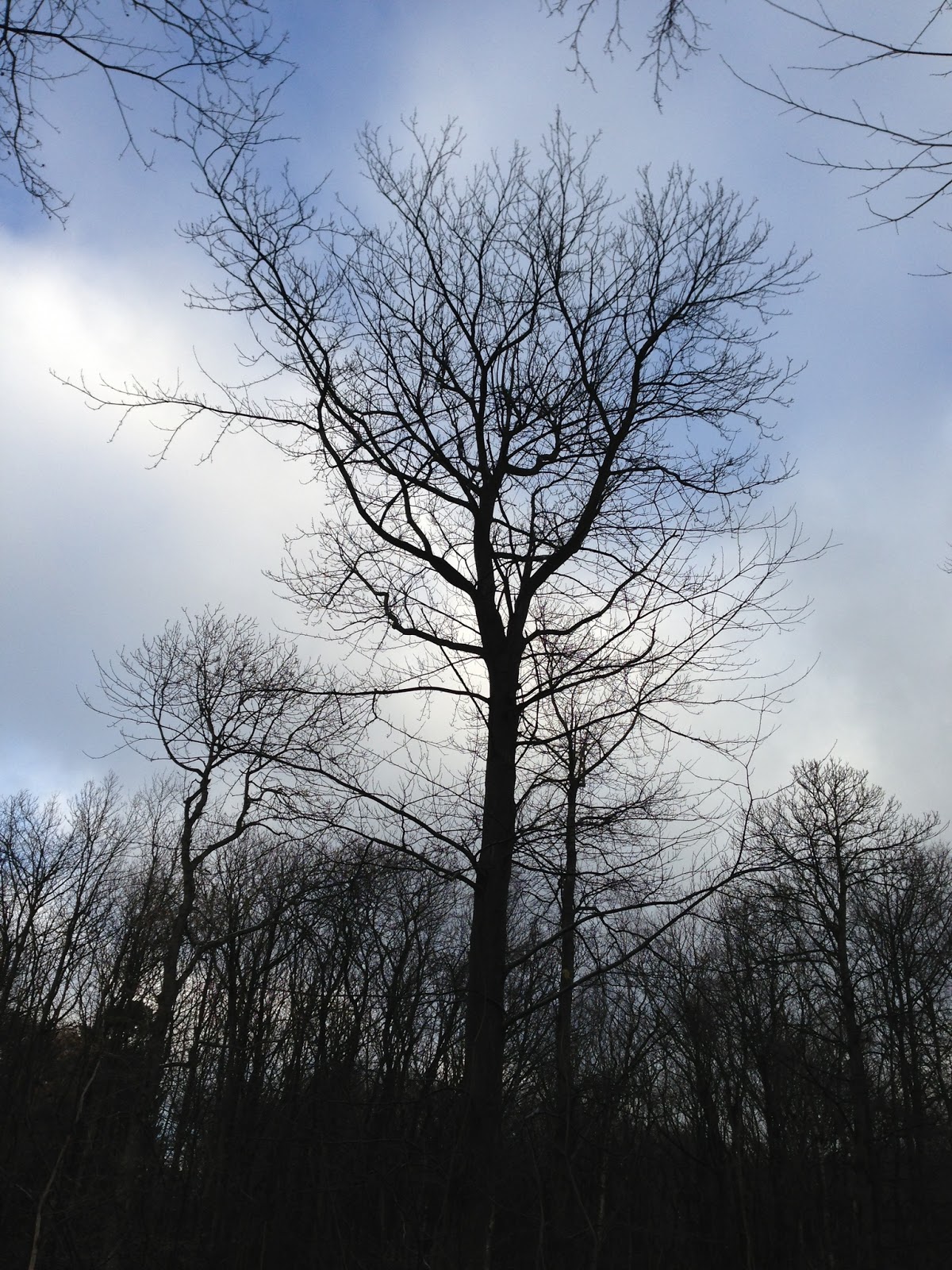 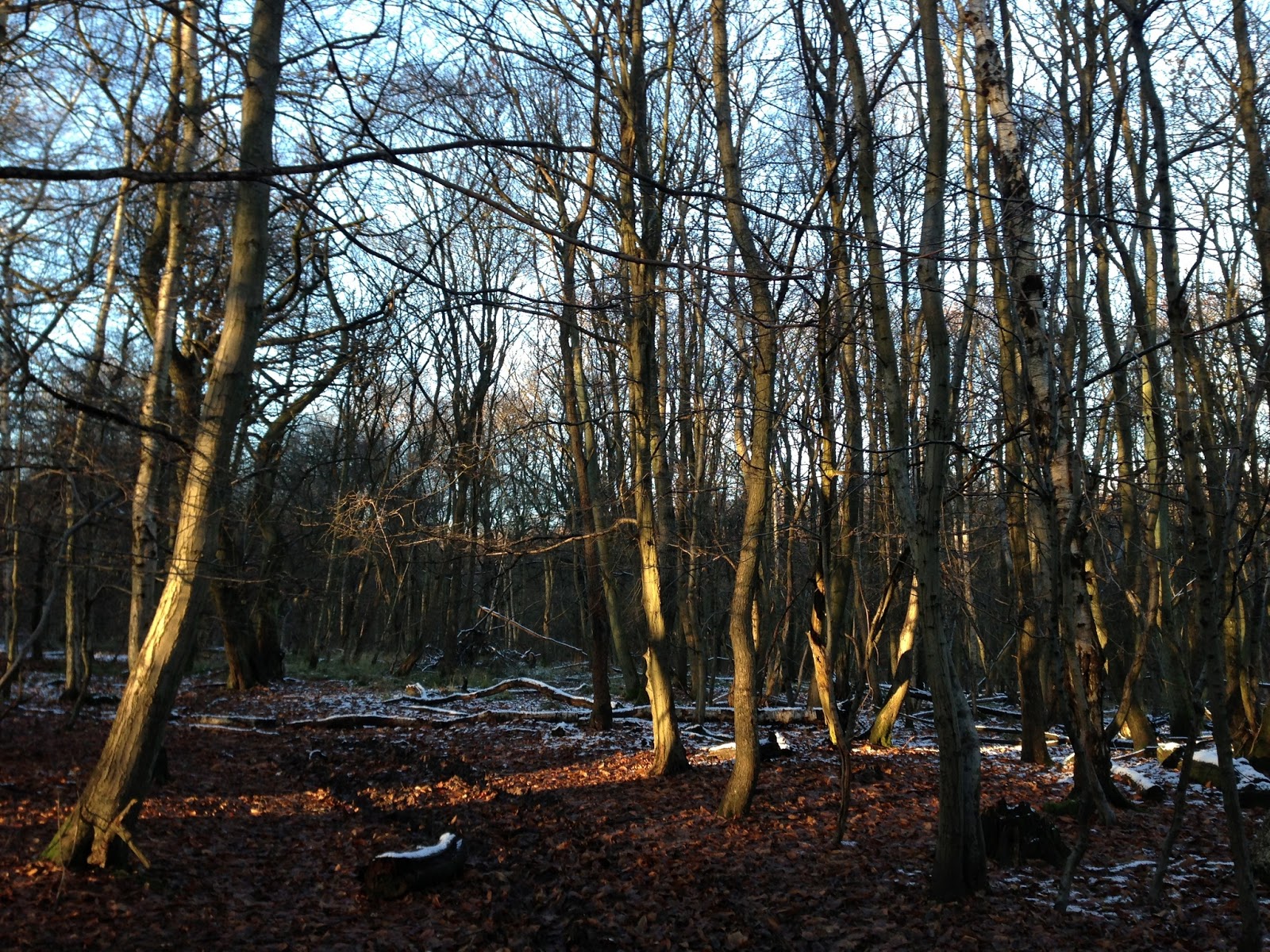 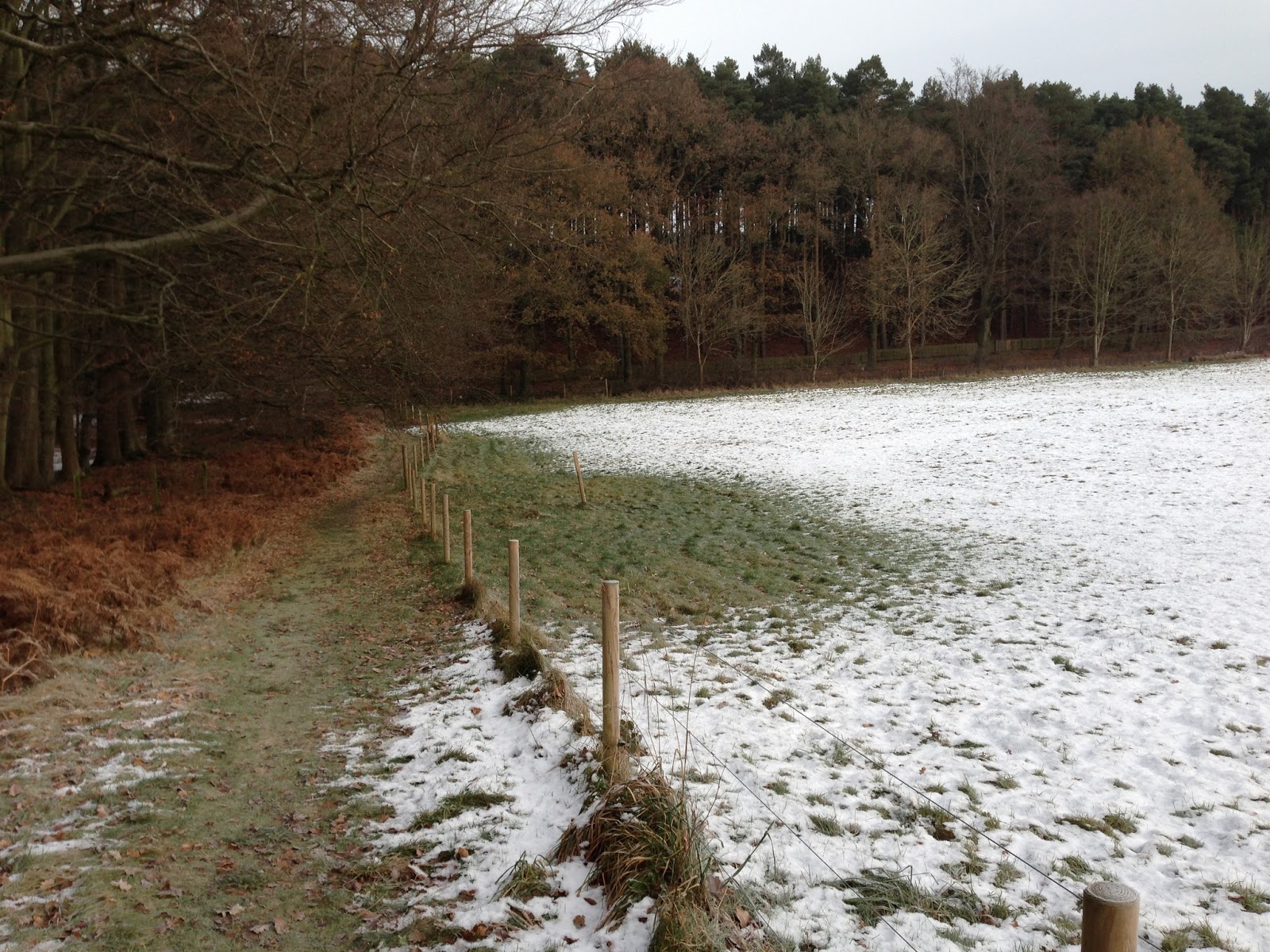 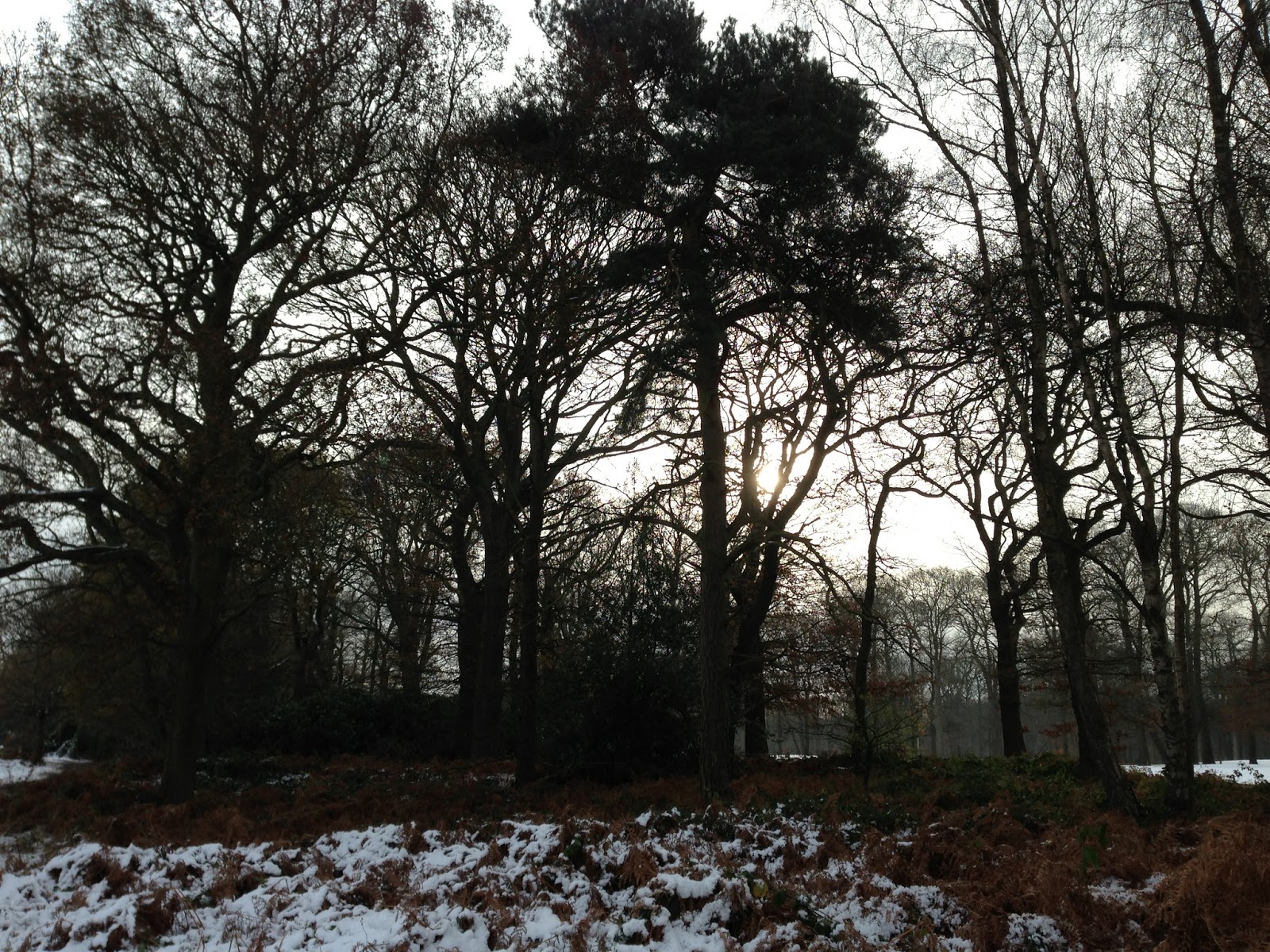 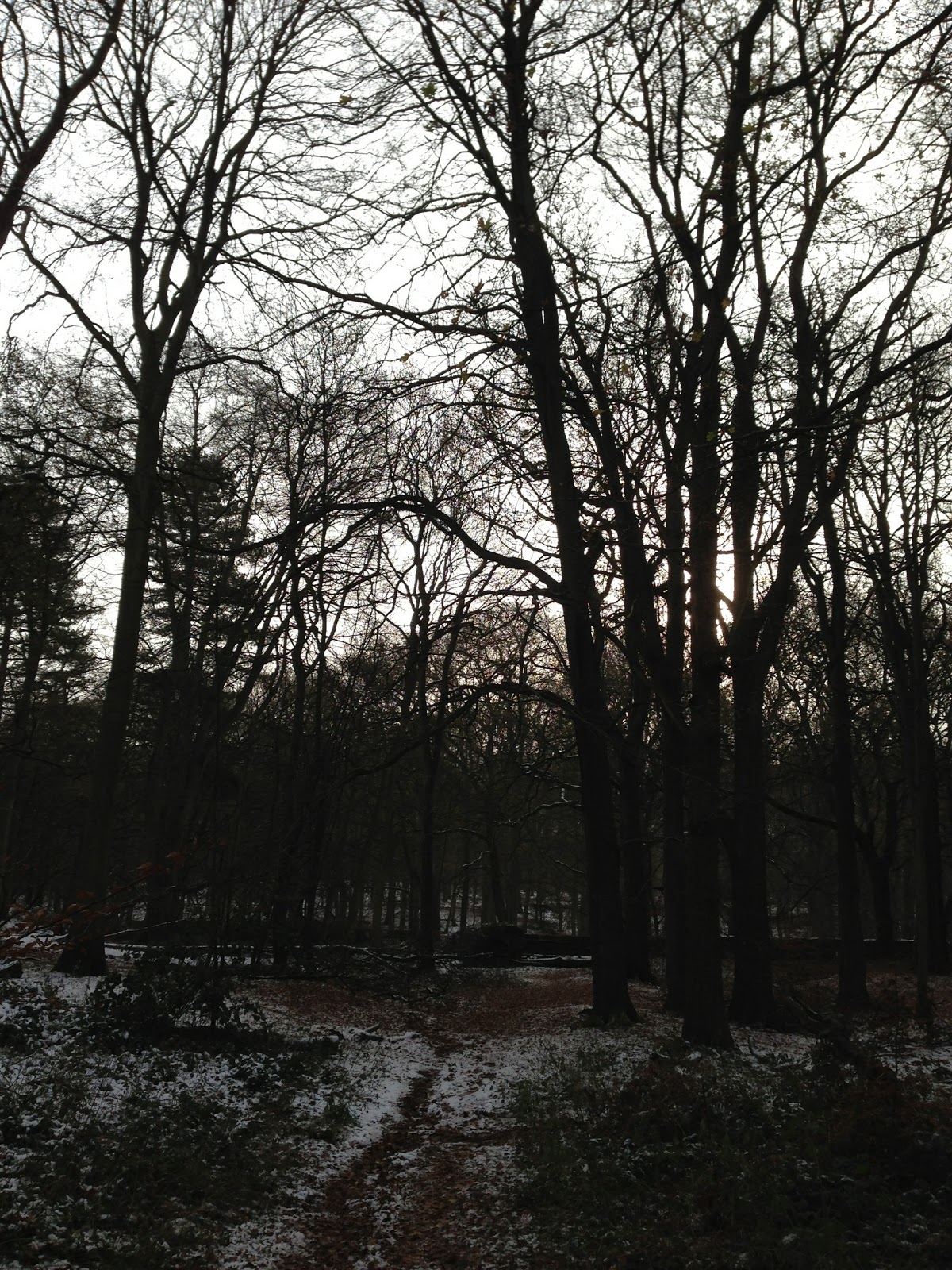 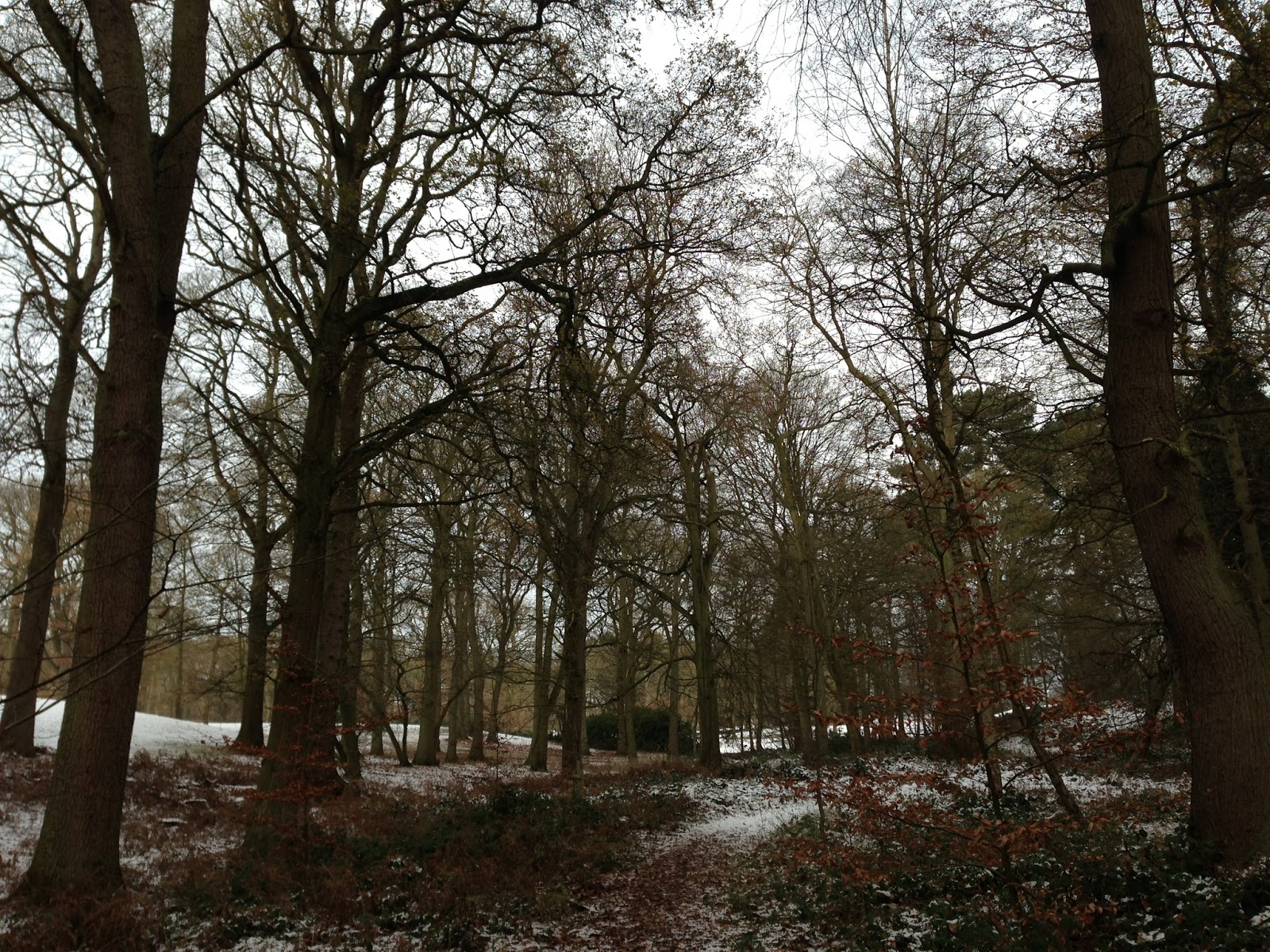 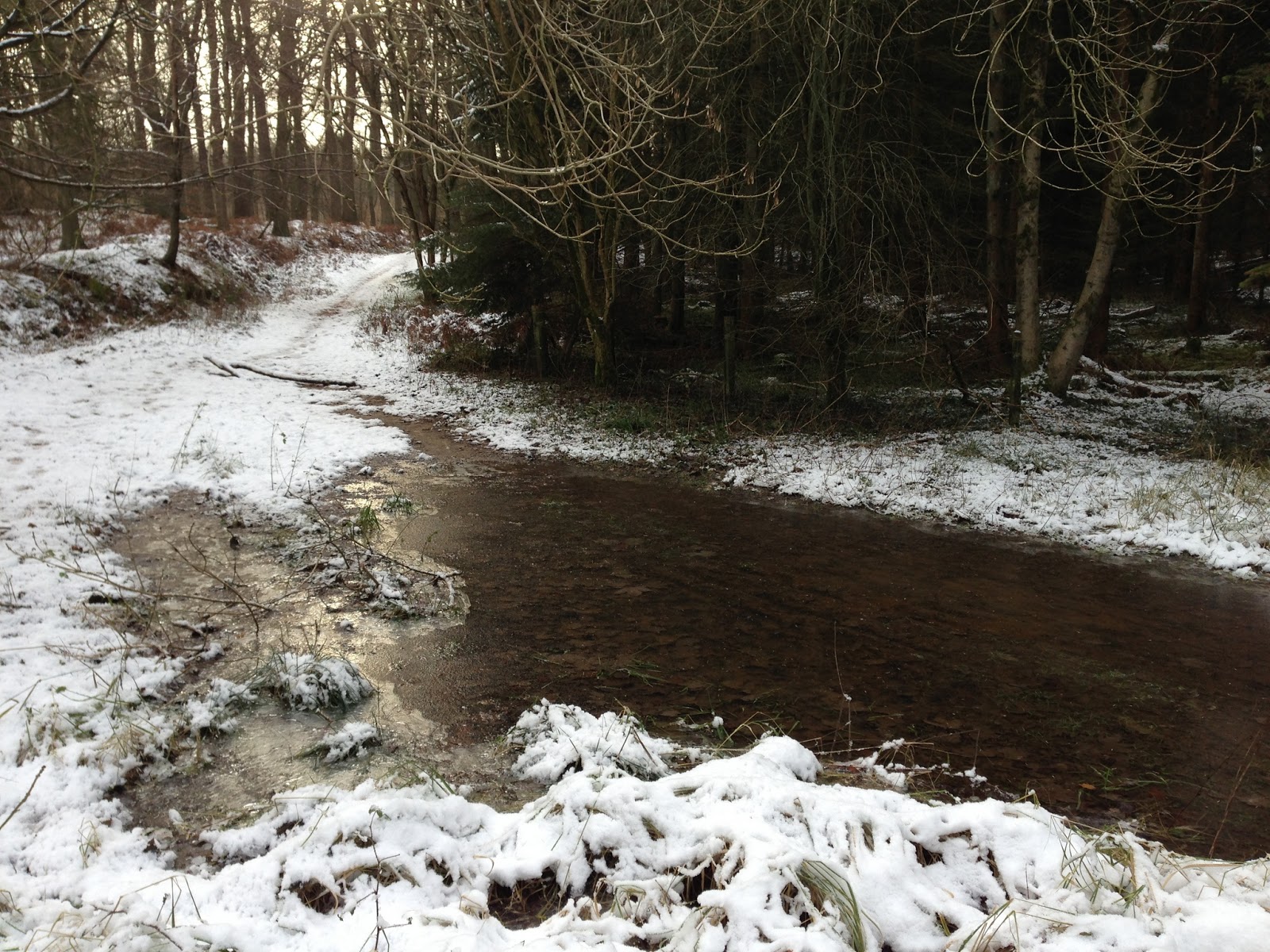 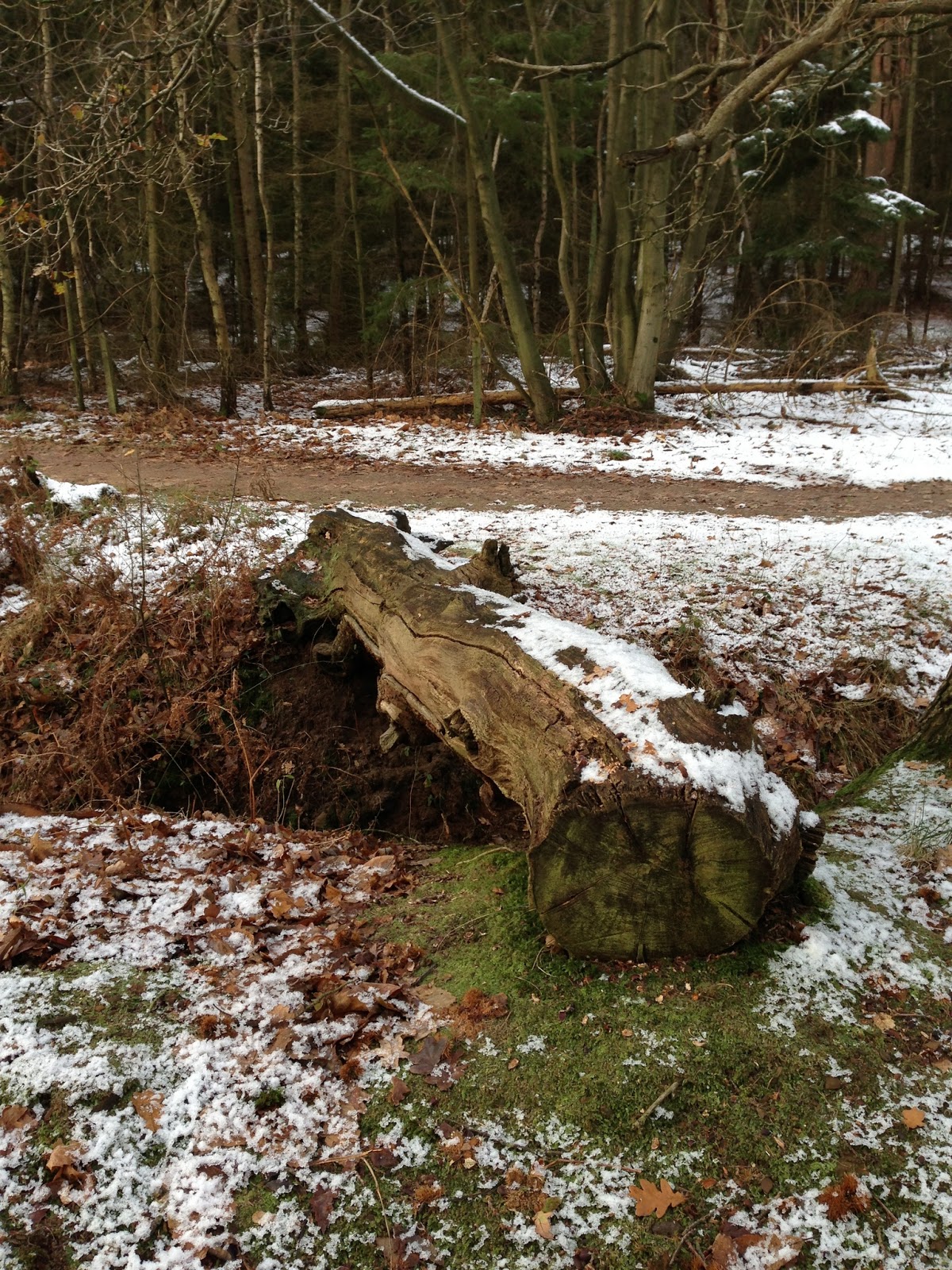 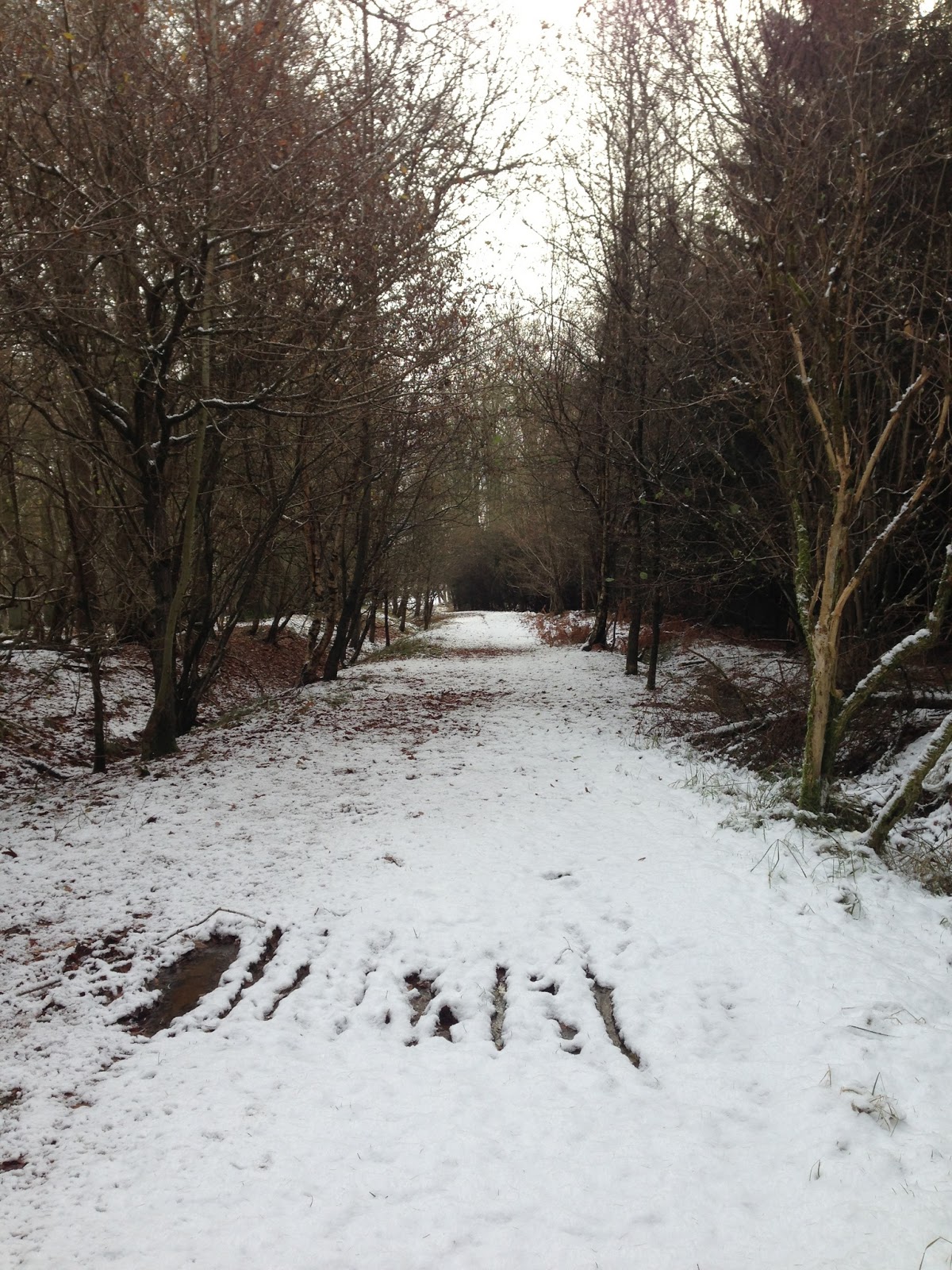 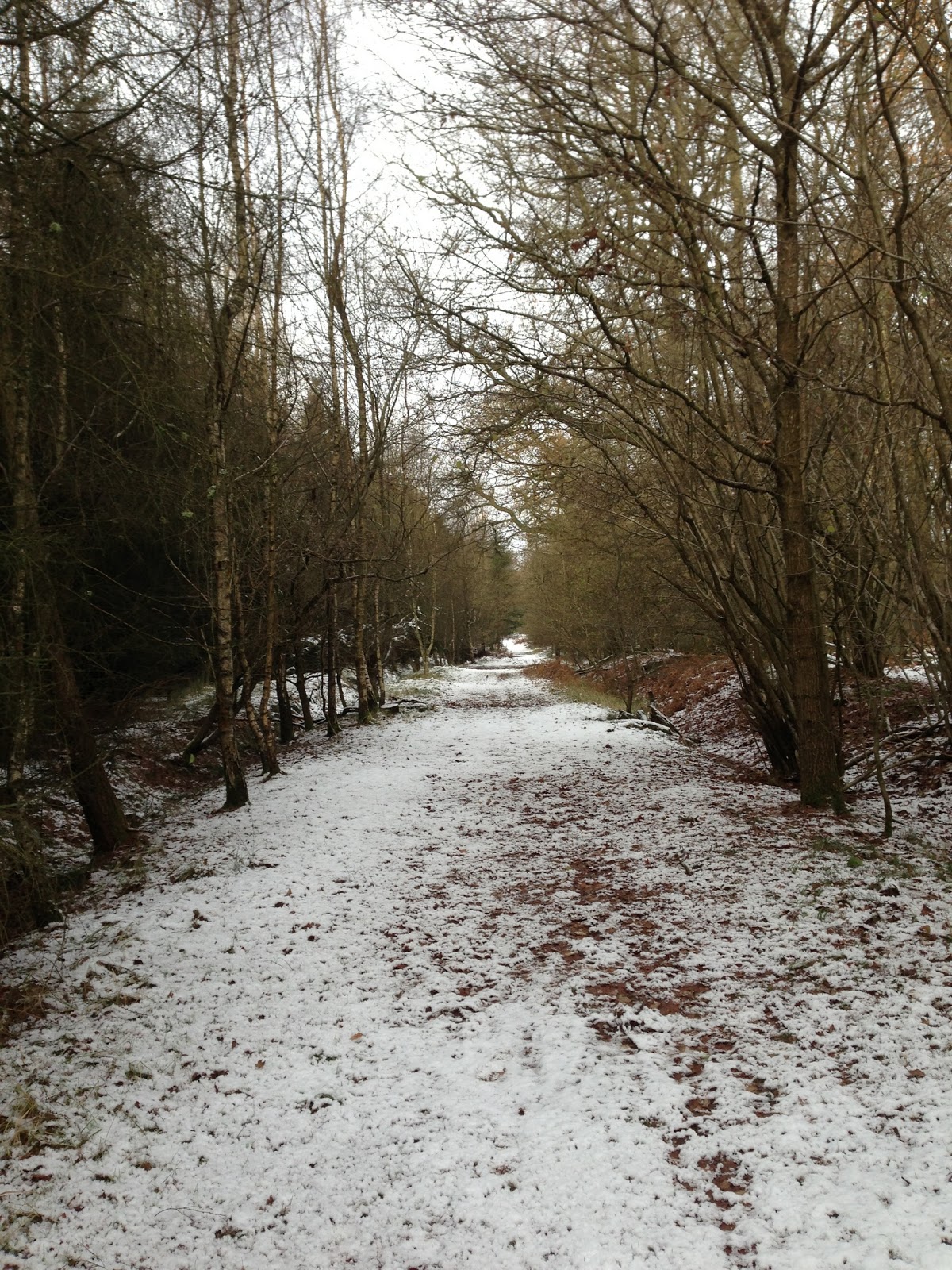 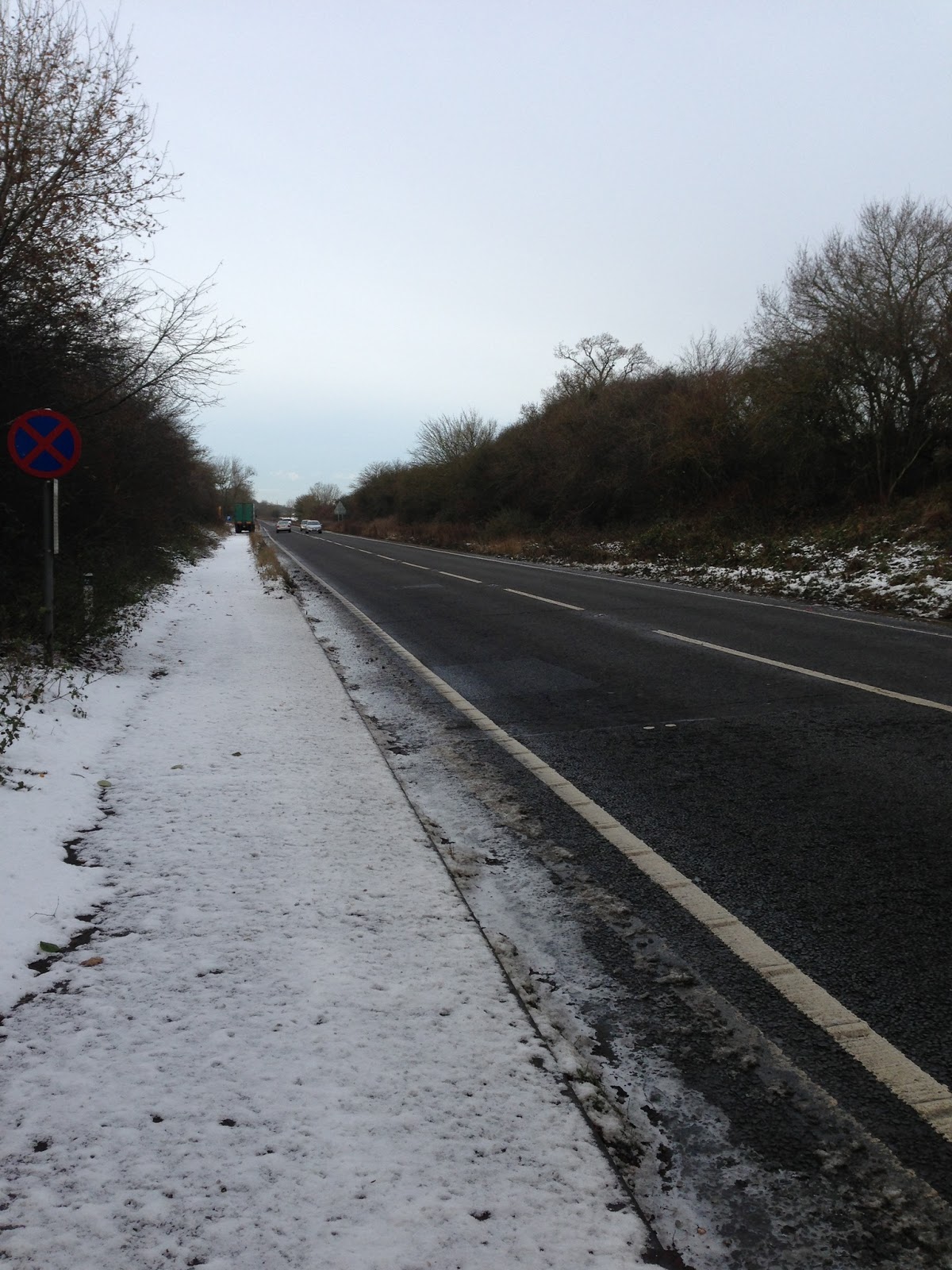 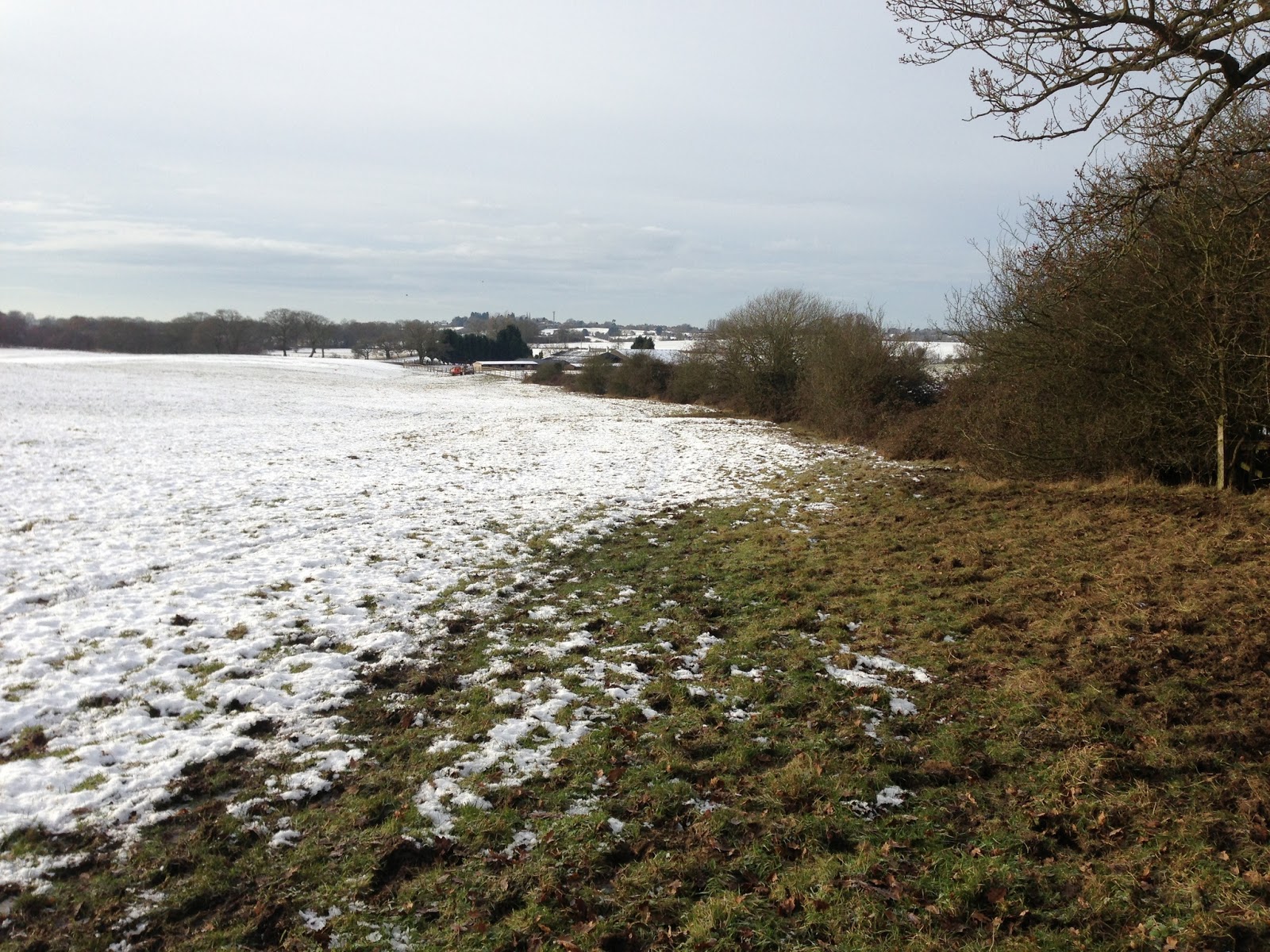 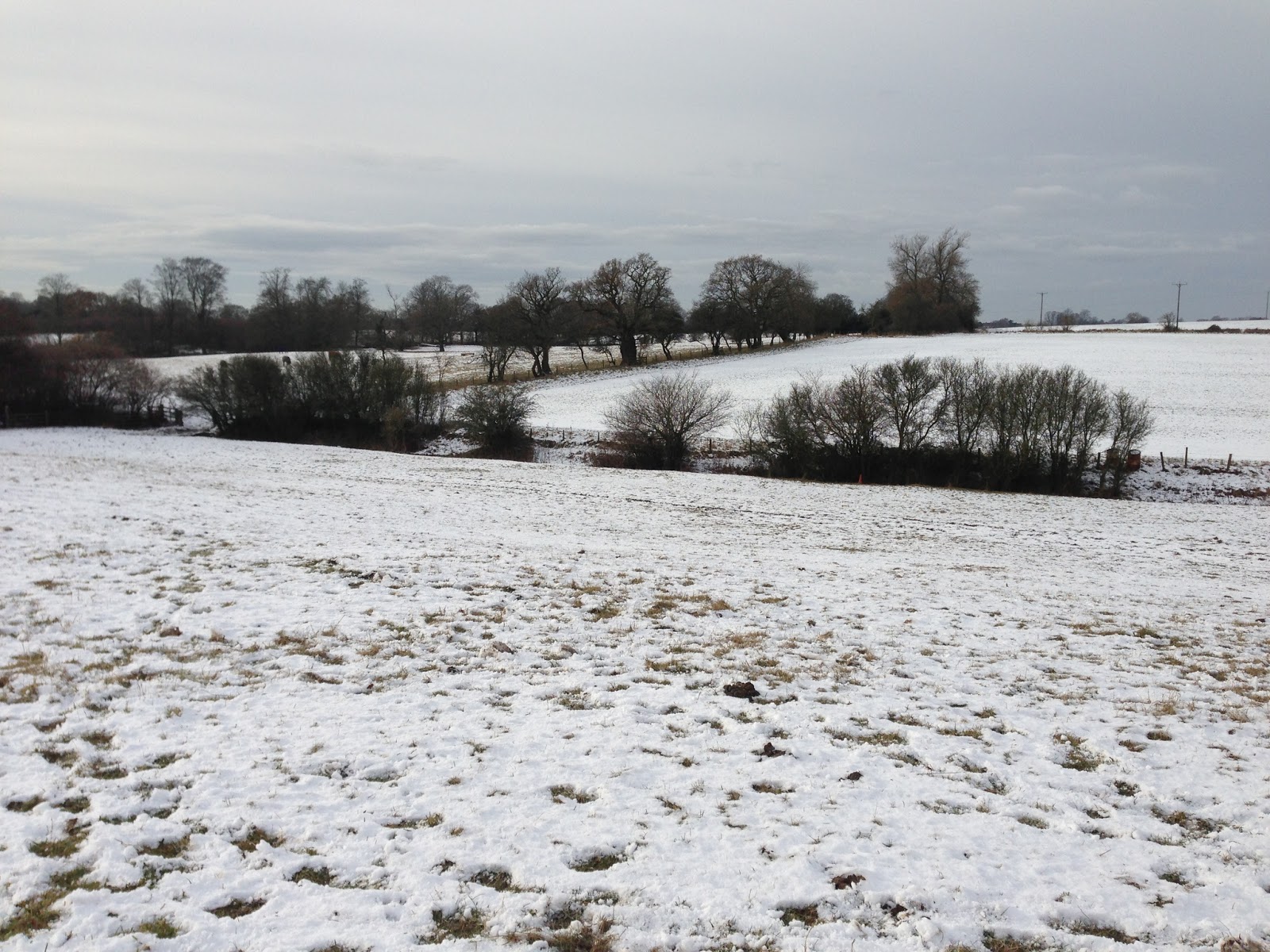 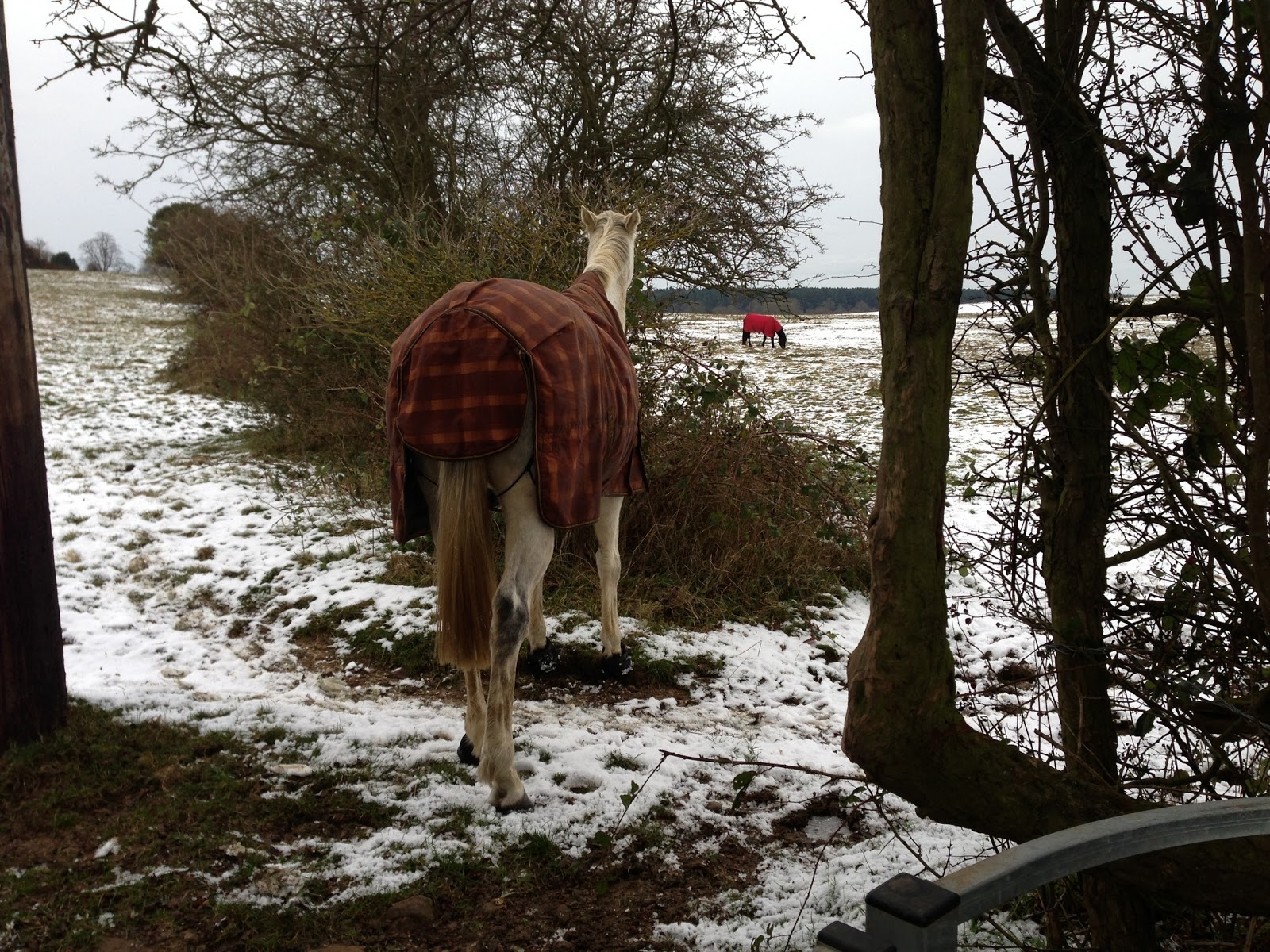 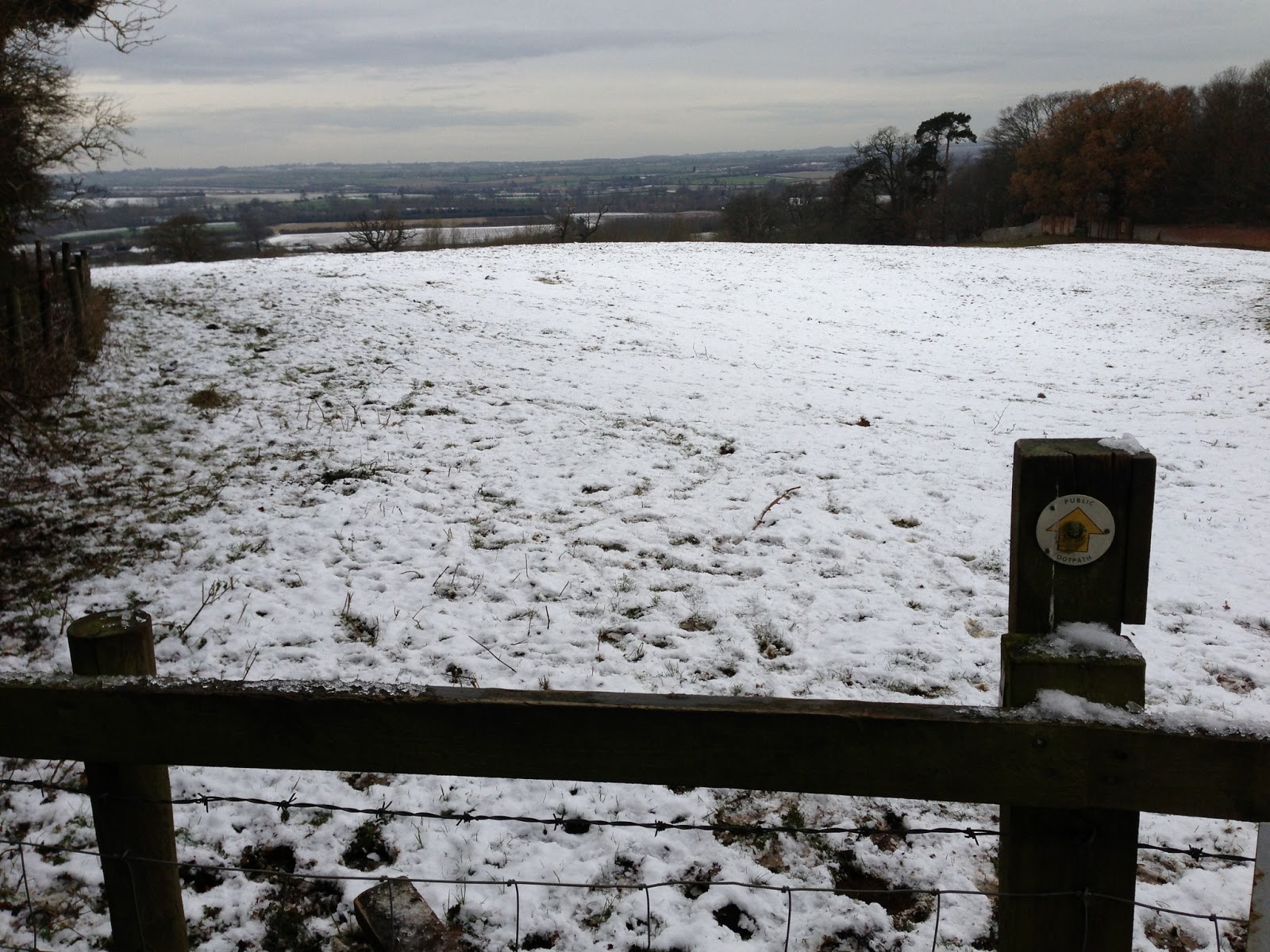 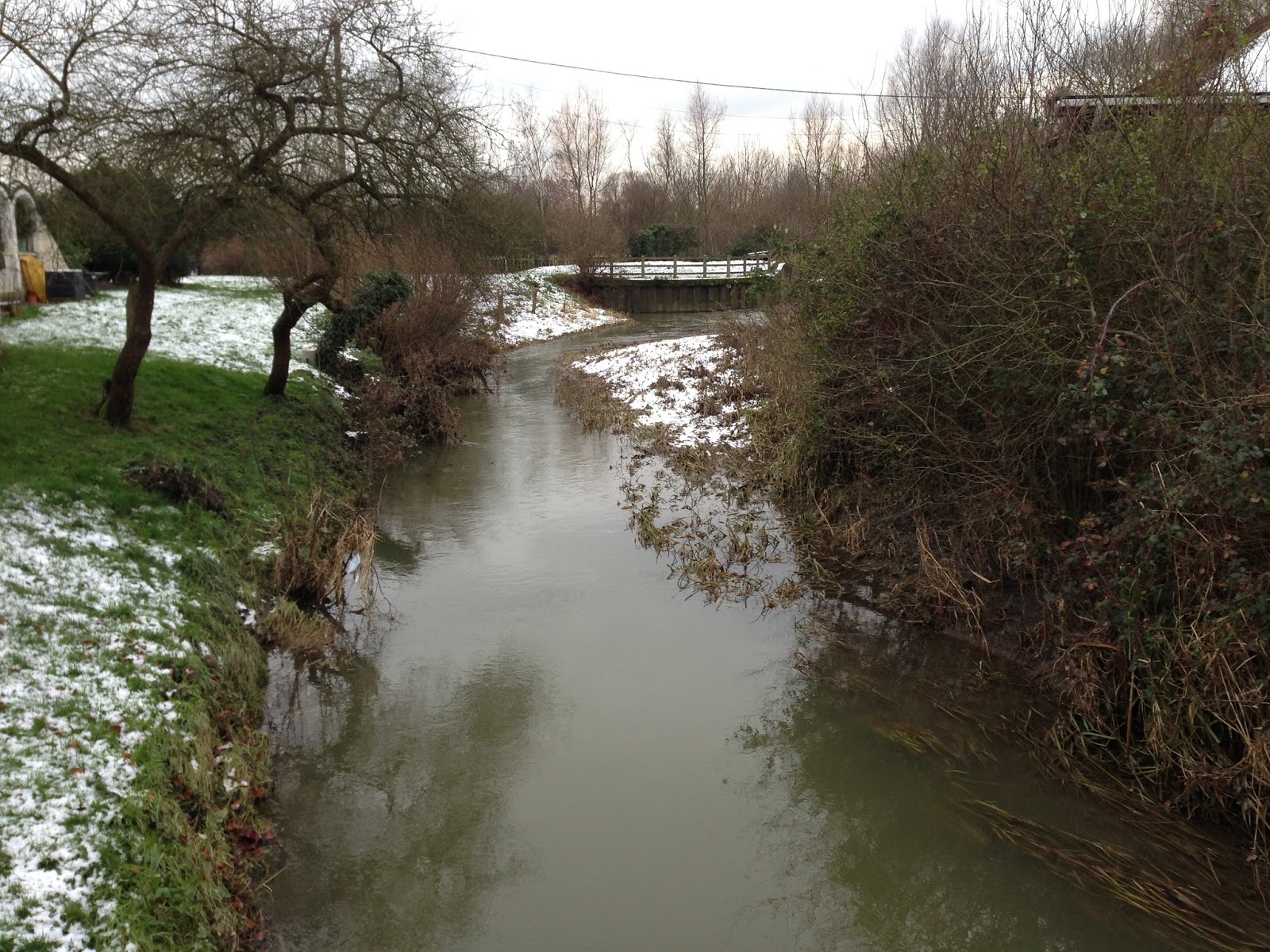 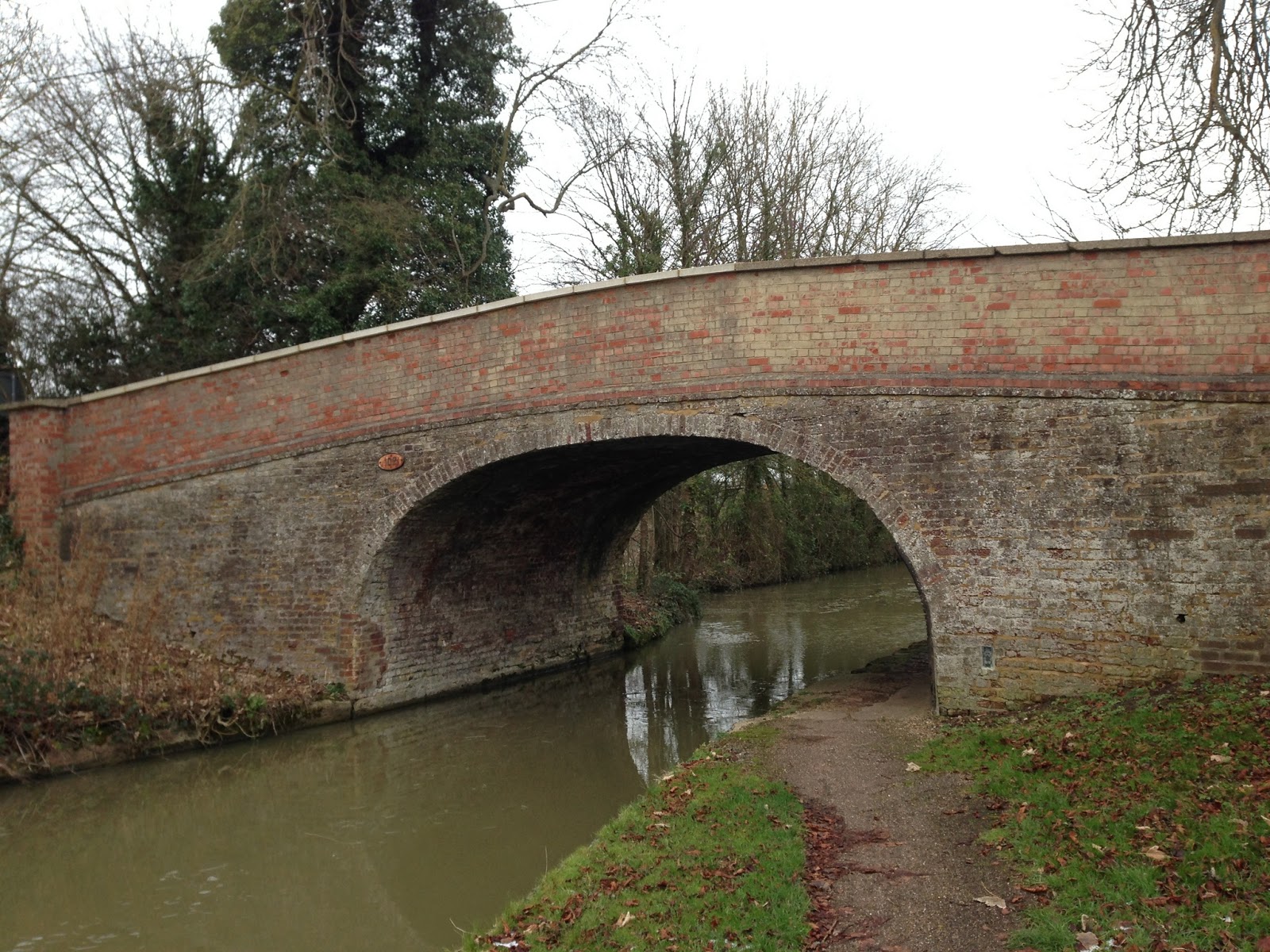 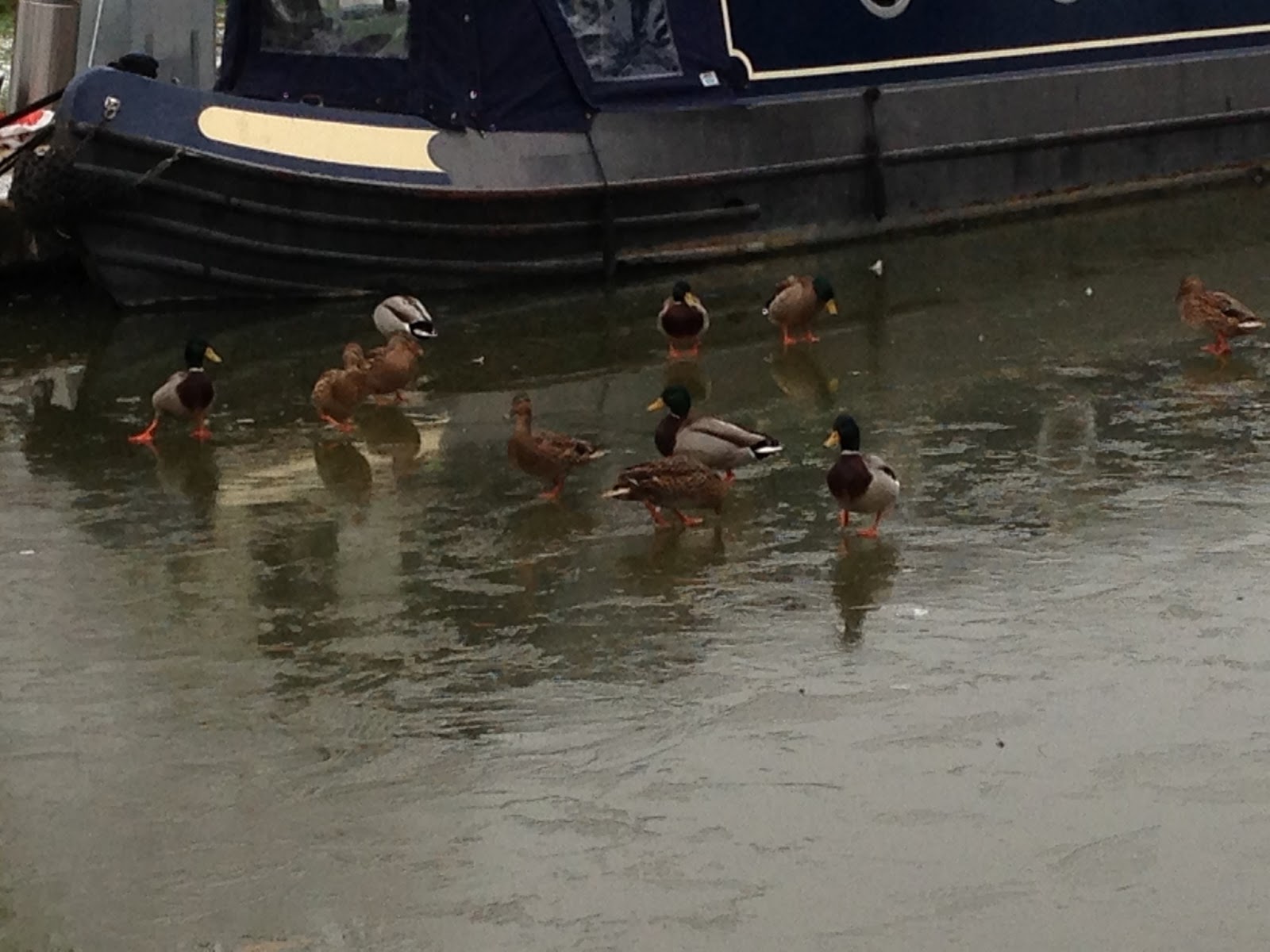 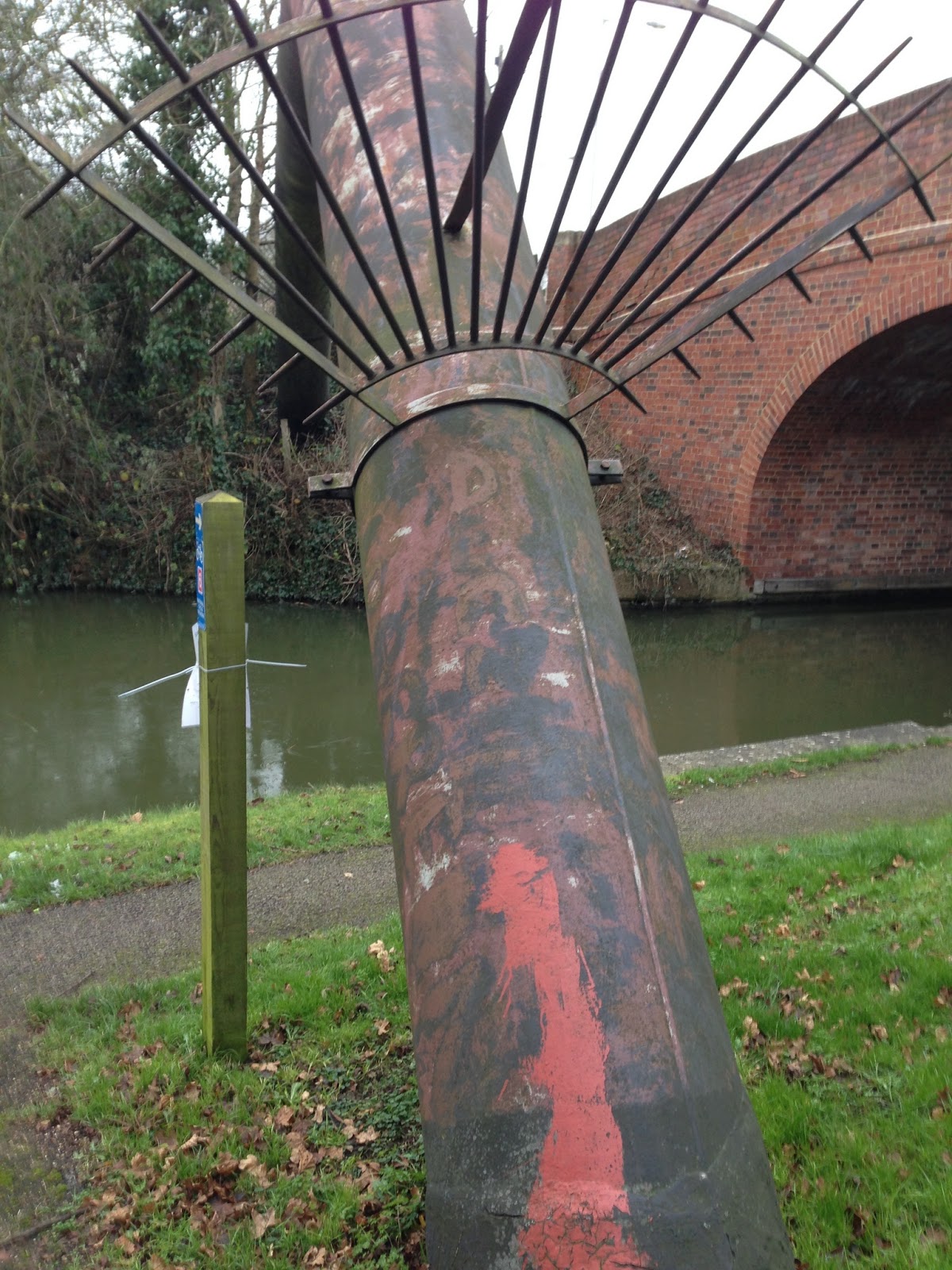 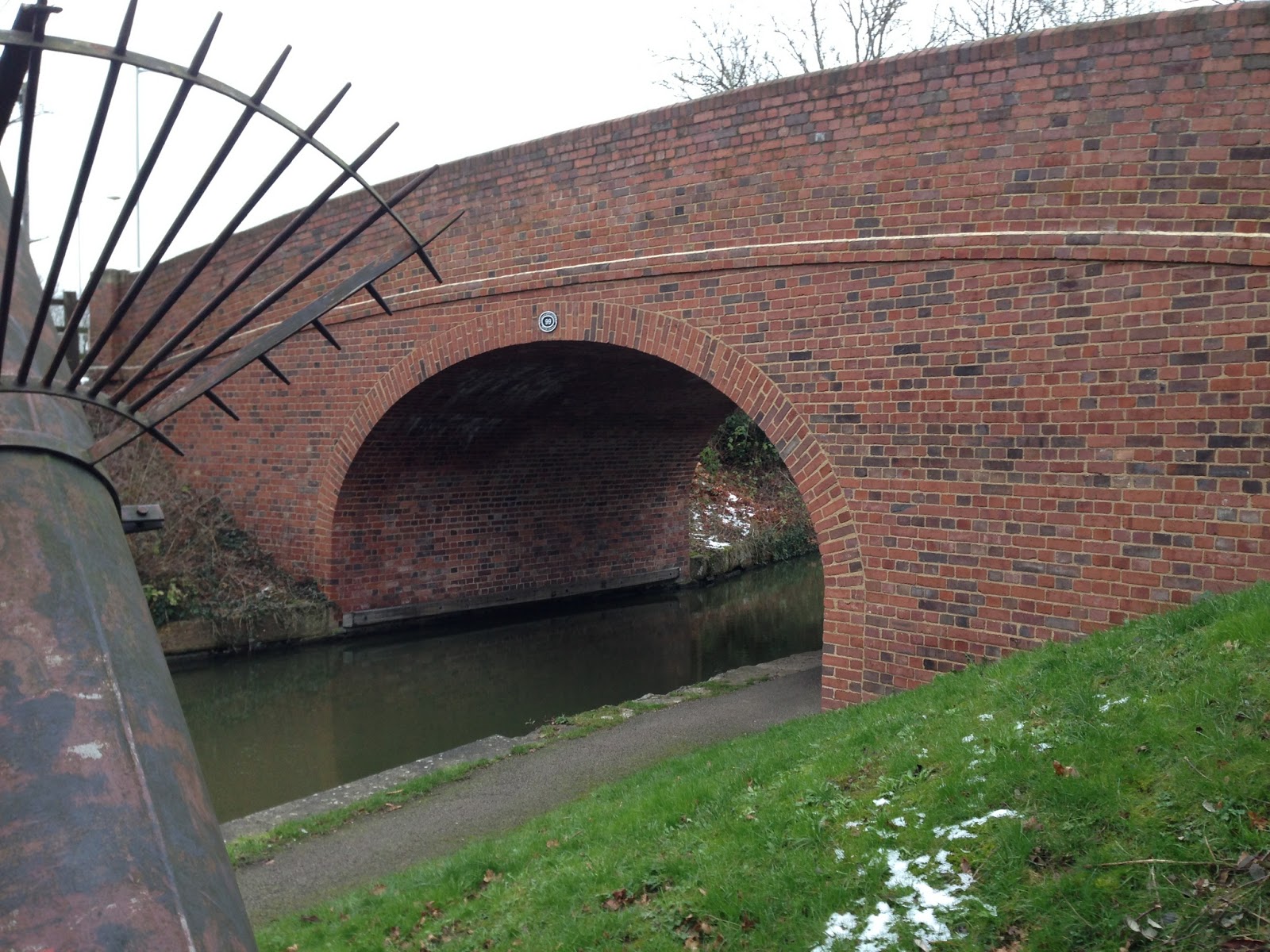 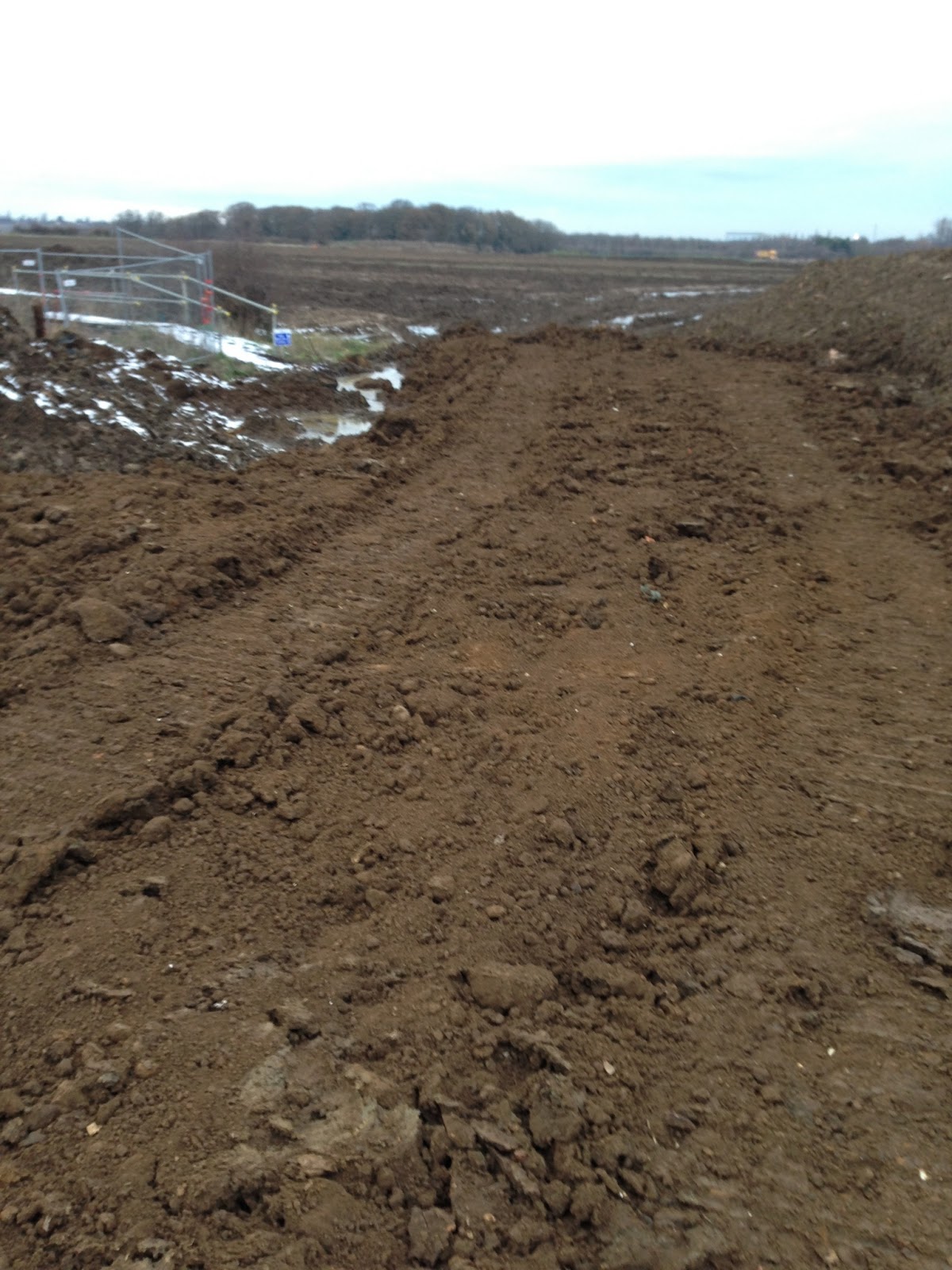 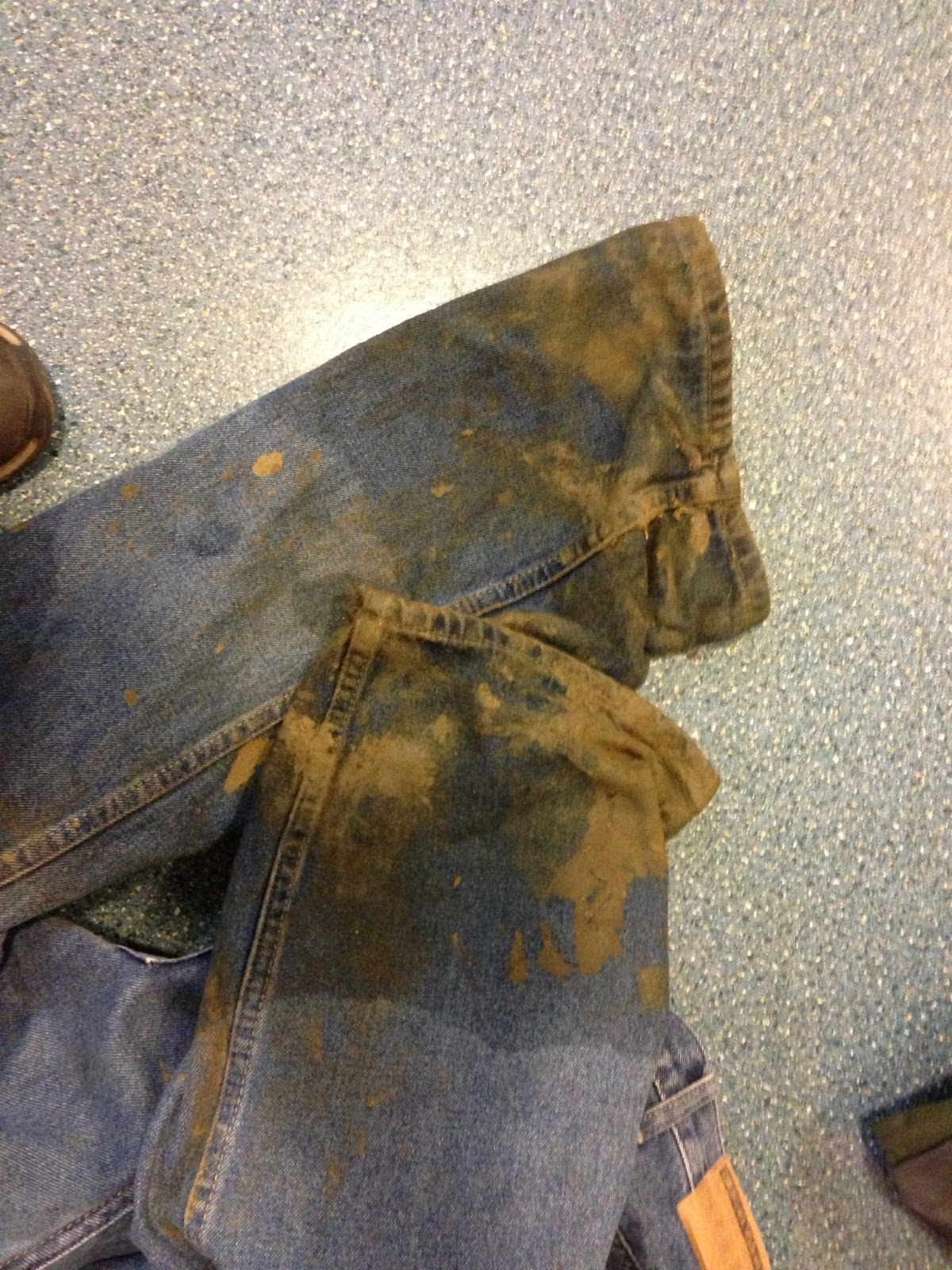 The caches I found were: