Walk on the Wild Side

On Saturday I went for a caching jaunt around

Hatley in Cambridgeshire with Ami and BingBongLong. Ami and me had been to parkrun first so we might have been a bit on the smelly side, except for the fact that it was quite a cold morning, and we weren’t running fast enough to get sweaty. The weather forecast was for showers coming in around tea time (i.e. after darkness) but not especially cold.

It took just under an hour to get there from BingBongLong’s house, including a stop in Potton to get some provisions. We started our walk at about 11:15, and had about 5-6 miles to walk with around 40 caches to collect, which should mean we’d make it around comfortably.

The walking part of the day proved to be very, very easy. We got back to the car after 3.25 hours, having found 43 caches, including a rather good dickie-doubler at a Trig Point that is both a YOSM and a regular traditional cache. Aside from the speed, the walk was quite unremarkable. All the caches were easy finds and the coordinates were pretty much all spot on. The walk was around 10km, as you can see in my Walk on the Wild Side Garmin Track.

About half a mile from the car it started raining a bit, but by this time we’d only got 20 minutes left and we were still moving very quickly.

Once we got back to the car things turned a bit slow. As we’d done 43 finds so far we obviously had to attempt at least 50 in total, and this ought to have been fairly easy given that we had 2 hours of light left nearly, but it proved to be rather a challenge. We started well enough with a couple of nearby Church Micros in Hatley and then another in Gamlingay, but then it went a bit pear-shaped. There was another Church Micro in Gamlingay but logs indicated it was quite time consuming to do. Instead, we attempted to head for Cockayne Hatley, albeit initially heading the wrong way, as I made the mistake of trusting Google Maps. The road I was looking at on the map was an inaccessible dirt track in reality. So we had to drive back into Gamlingay and nearly all the way round to Potton to get there. It was nice when we arrived.

We also skipped a Church Micro in Potton simply because we couldn’t see the point in placing a Church Micro as a multi but then making us gather information from three location-unknown fire hydrants, and then making us do some complex trigonometric calculations to project a final waypoint. The past few logs had been DNFs, but in reality might just have been “can’t-be-bothereds”. There was a chirp unknown cache in Potton too, though, so we thought we’d give it a go. Even that proved hard as BingBongLong walked one way and I walked the other. Neither of us found the chirp, but then BBL walked towards me and picked it up straight away. So we headed off for the cache and as we returned again my GPS then picked up the chirp details.

All of this left us still two short of our 50. We’d targeted a Church Micro in Moggerhanger, if only because it’s such a great name for a place, and we managed to grab a roadside drive-by on the way there. By the time we got into Moggerhanger it was very dark, so we had to do the Church Micro there using our torches, and we managed to make this one tricky as well by failing to fully understand the hint and then failing to search thoroughly in a quite likely location close to the given GZ. Eventually, just as I was waiting for a reply to a phone-a-friend I’d made over Facebook I bent over a fence where I’d been before and lifted some leaf mass to reveal the cache. D’oh !

By now it was well after 5 pm and BBL wanted to be home by 6, so we hot-footed it back to Milton Keynes. While we were driving I phoned Kas to see what she’d planned for the evening and apparently Izzy had decided we were eating out at Nando’s, so after we’d dropped BBL off we drove straight there from his house. Ami fell asleep in the car back from Bedford, as she was likely to, and then had a rude awakening when I parked up outside Nando’s and made her wake up again.

We did make our 50 finds though, and we reckon that’s a good target for a short-ish day in November. 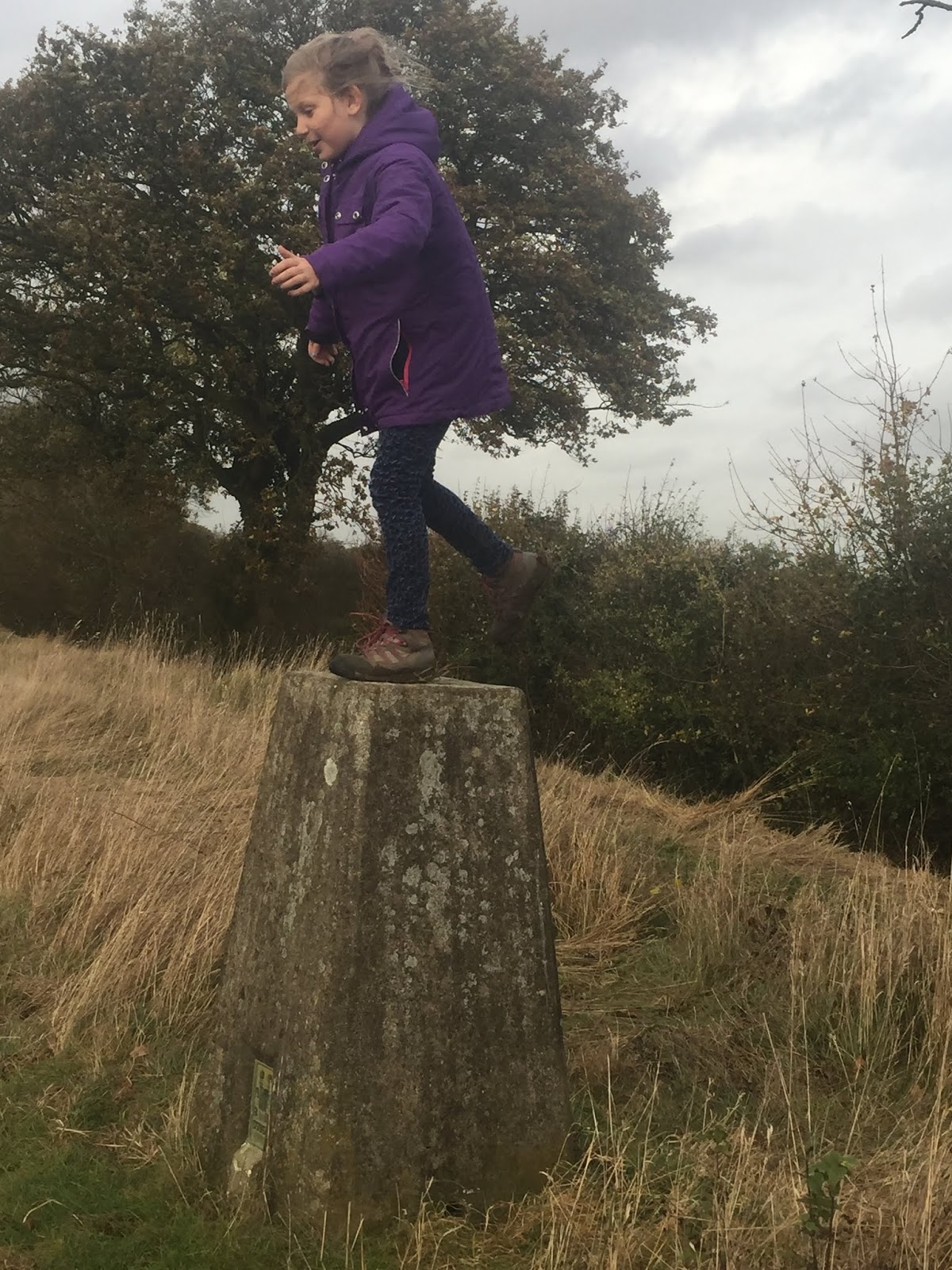 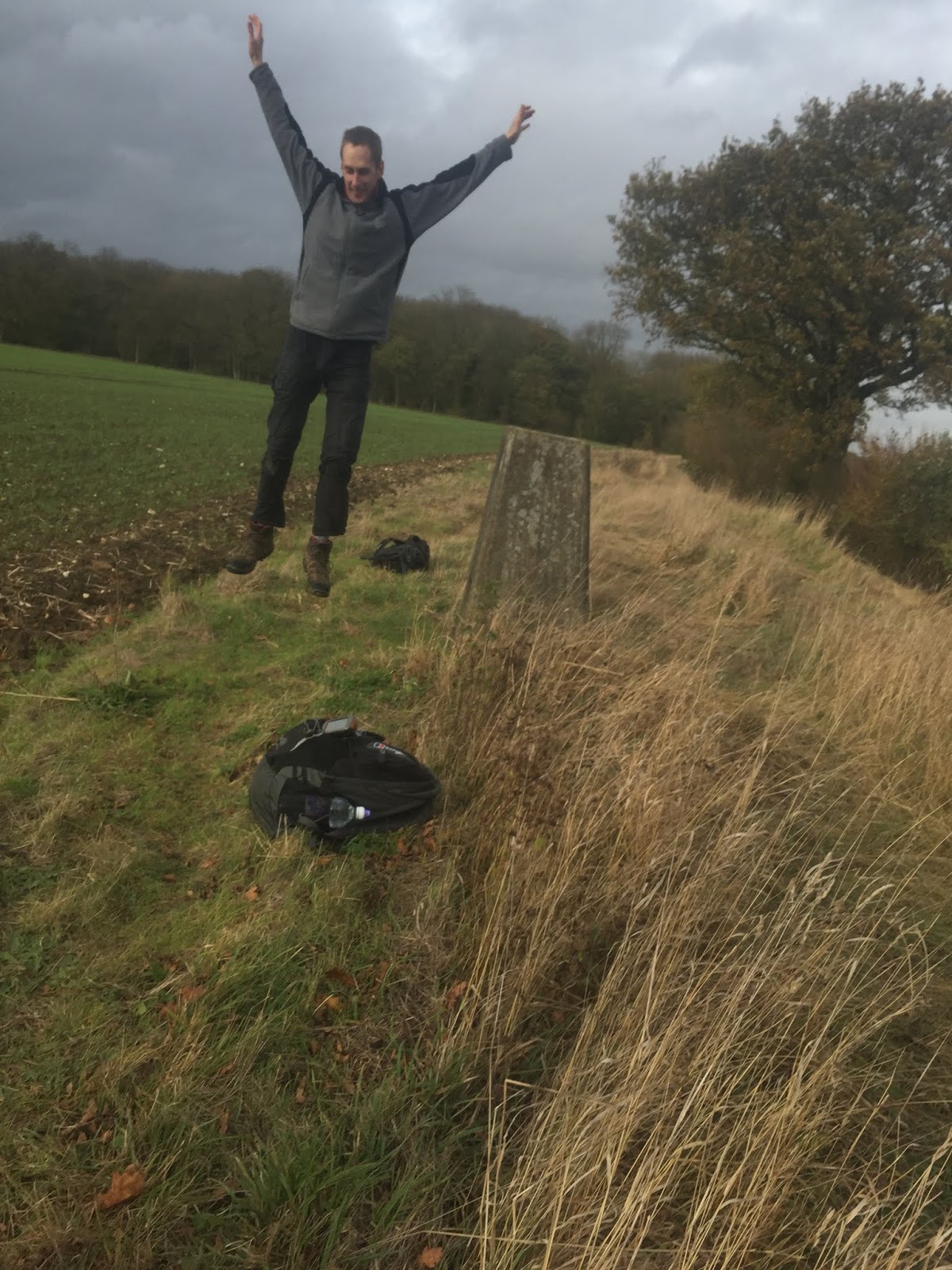 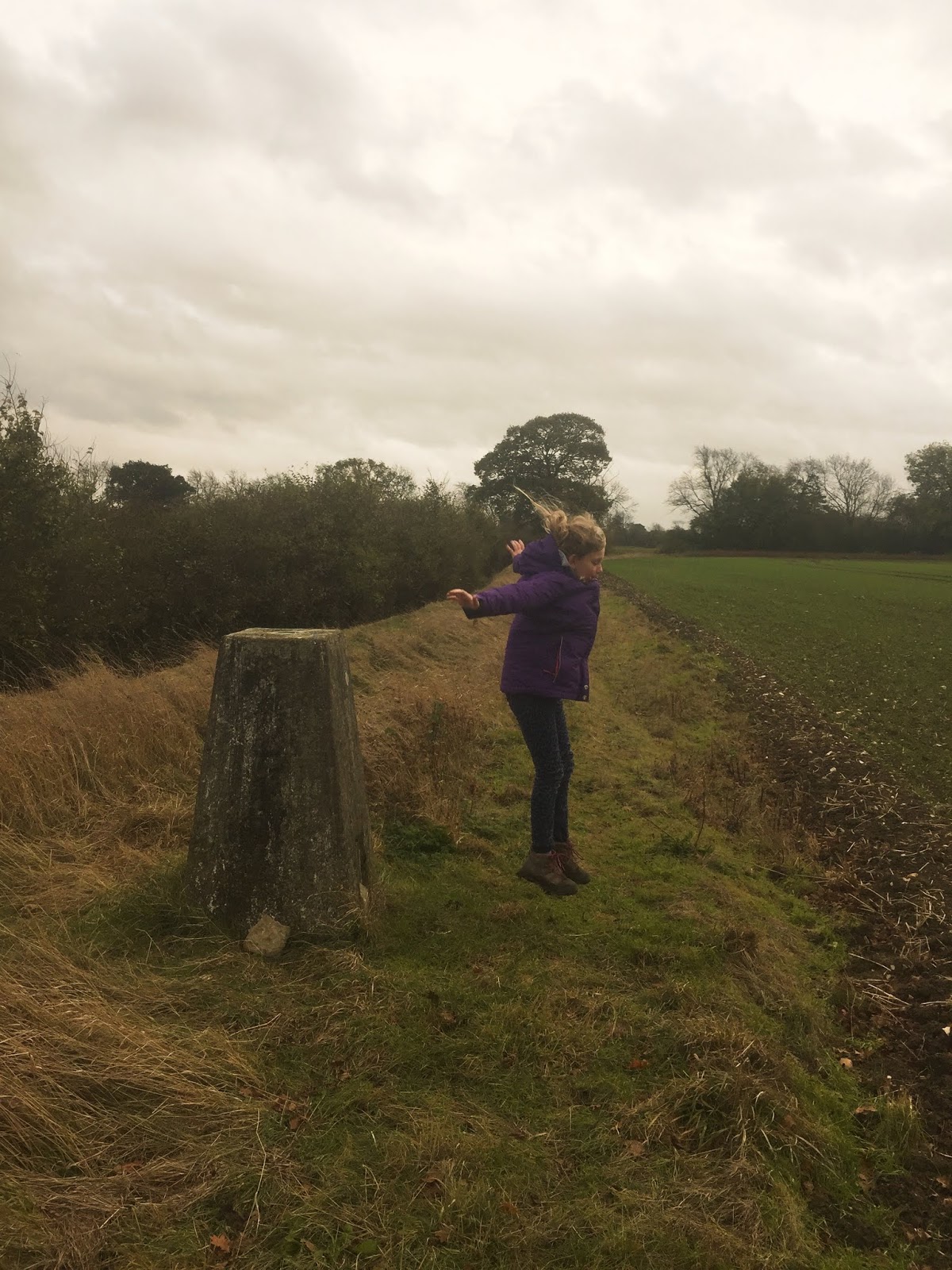 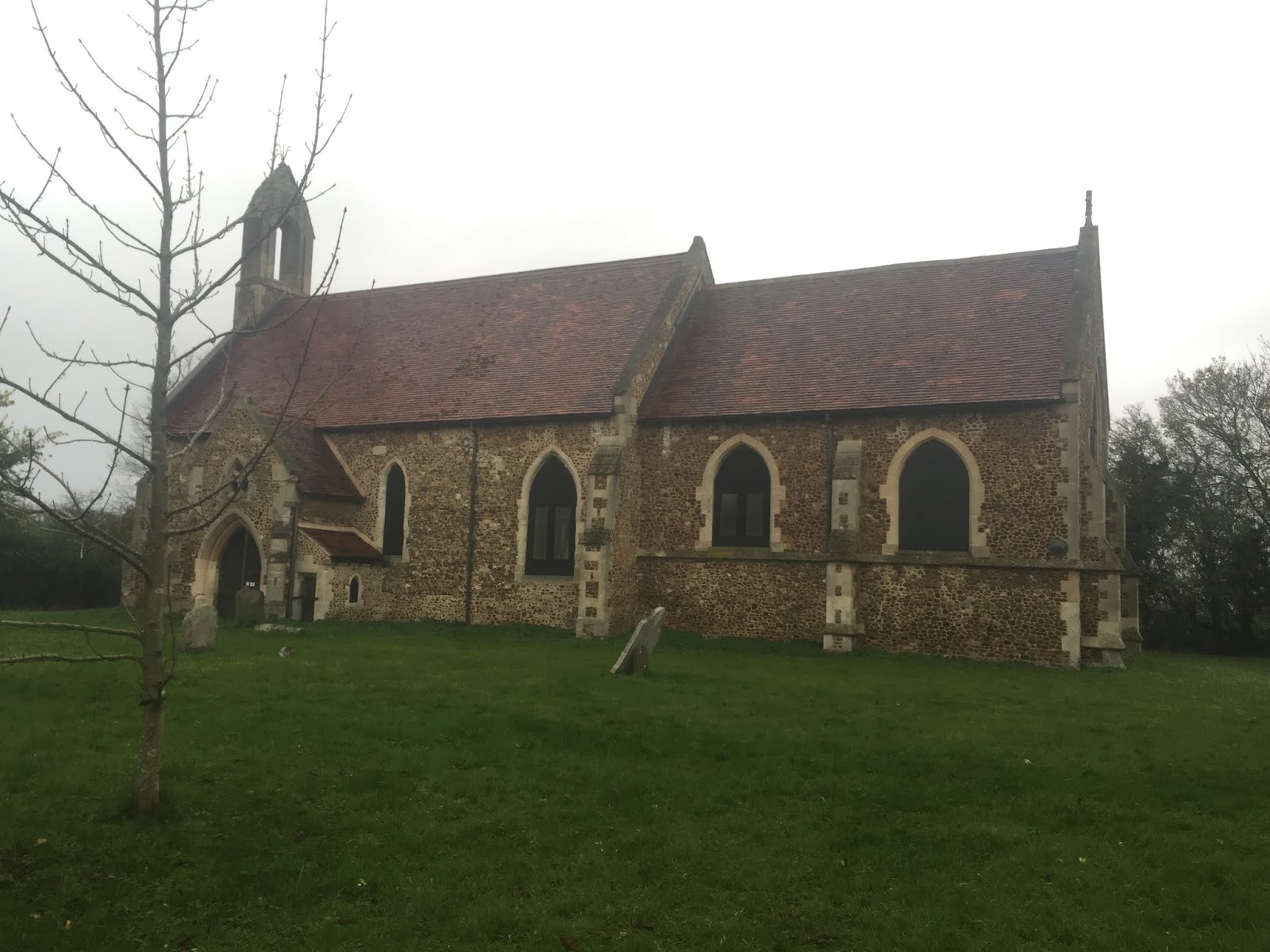 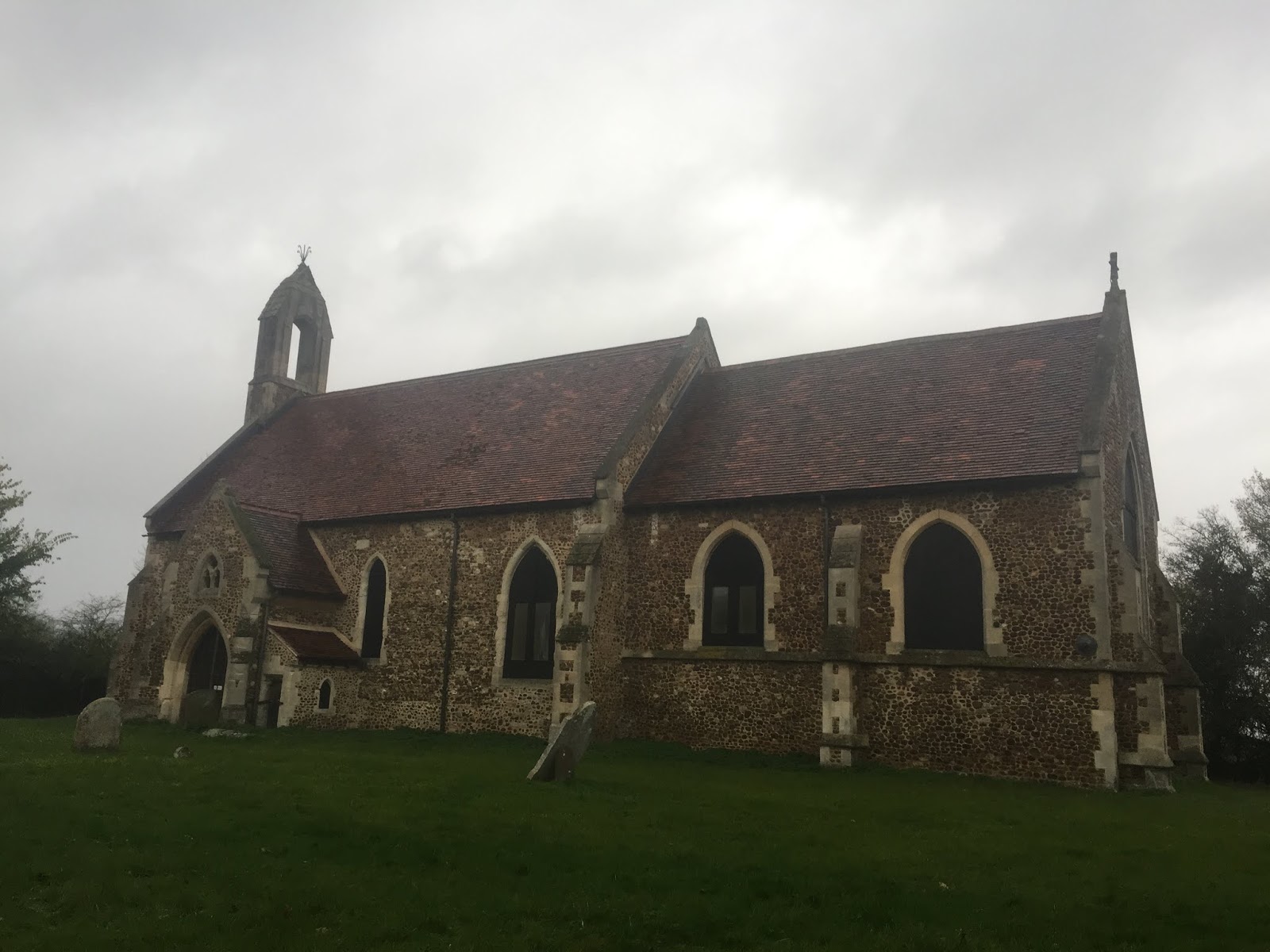 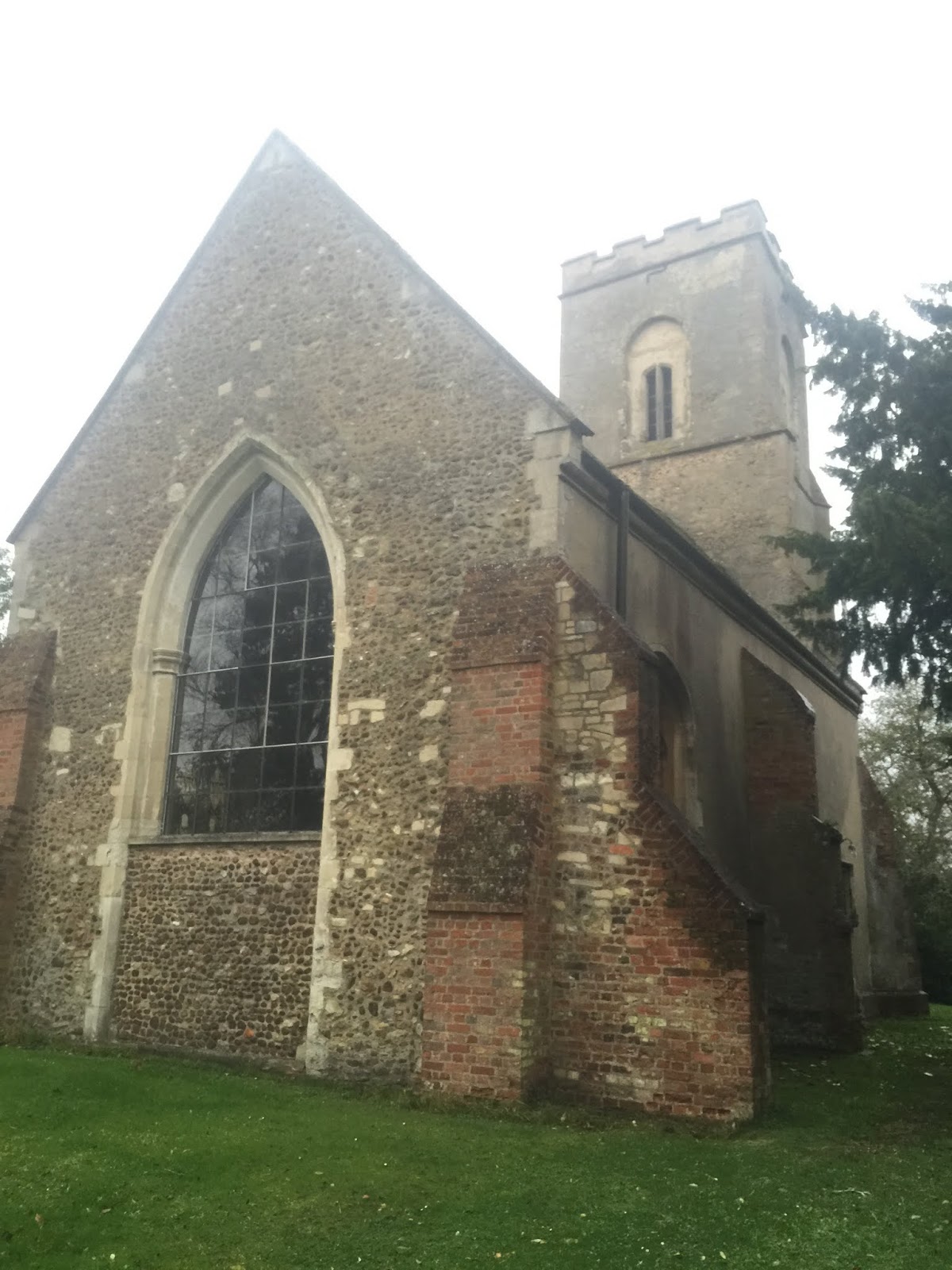 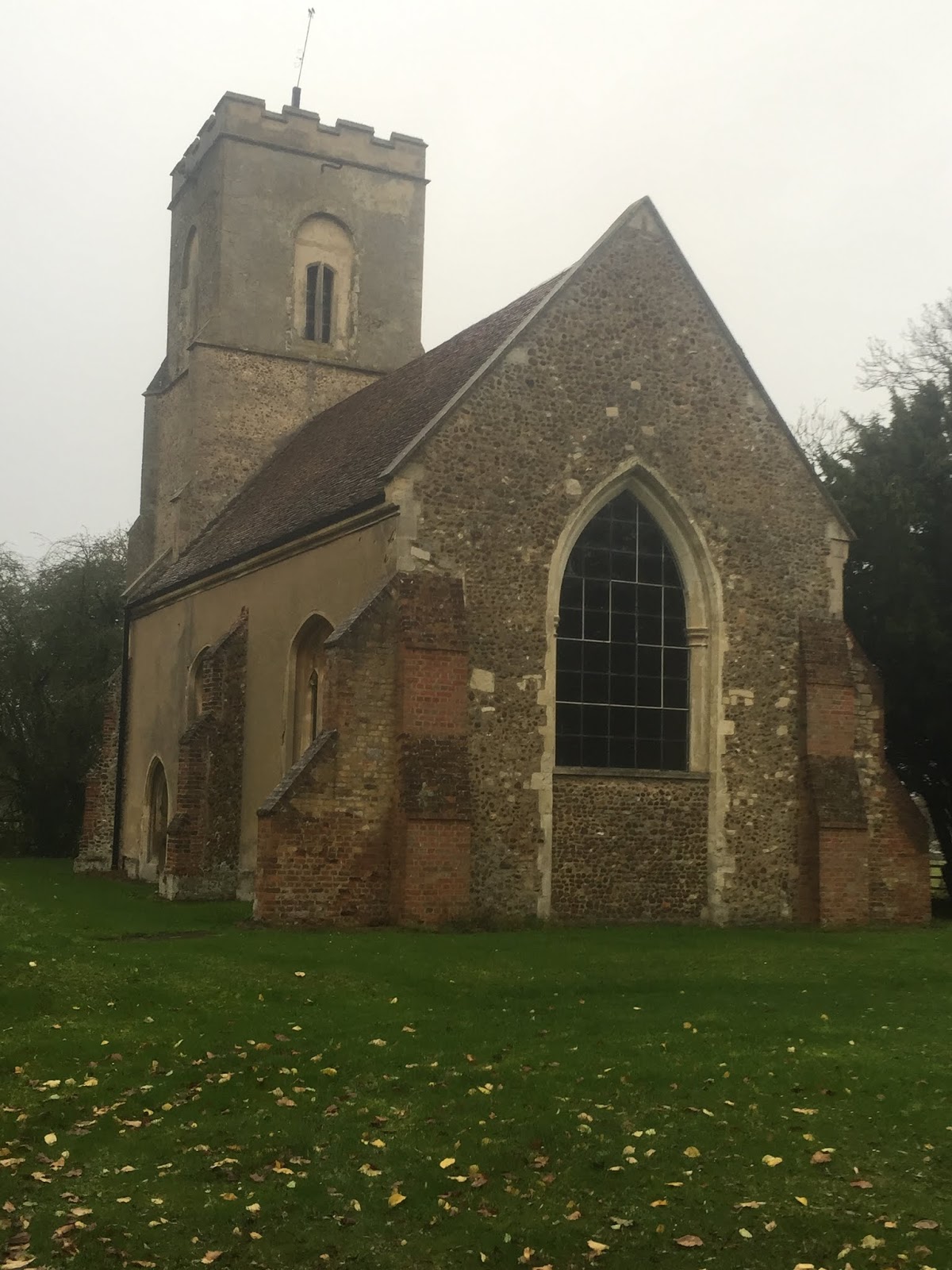 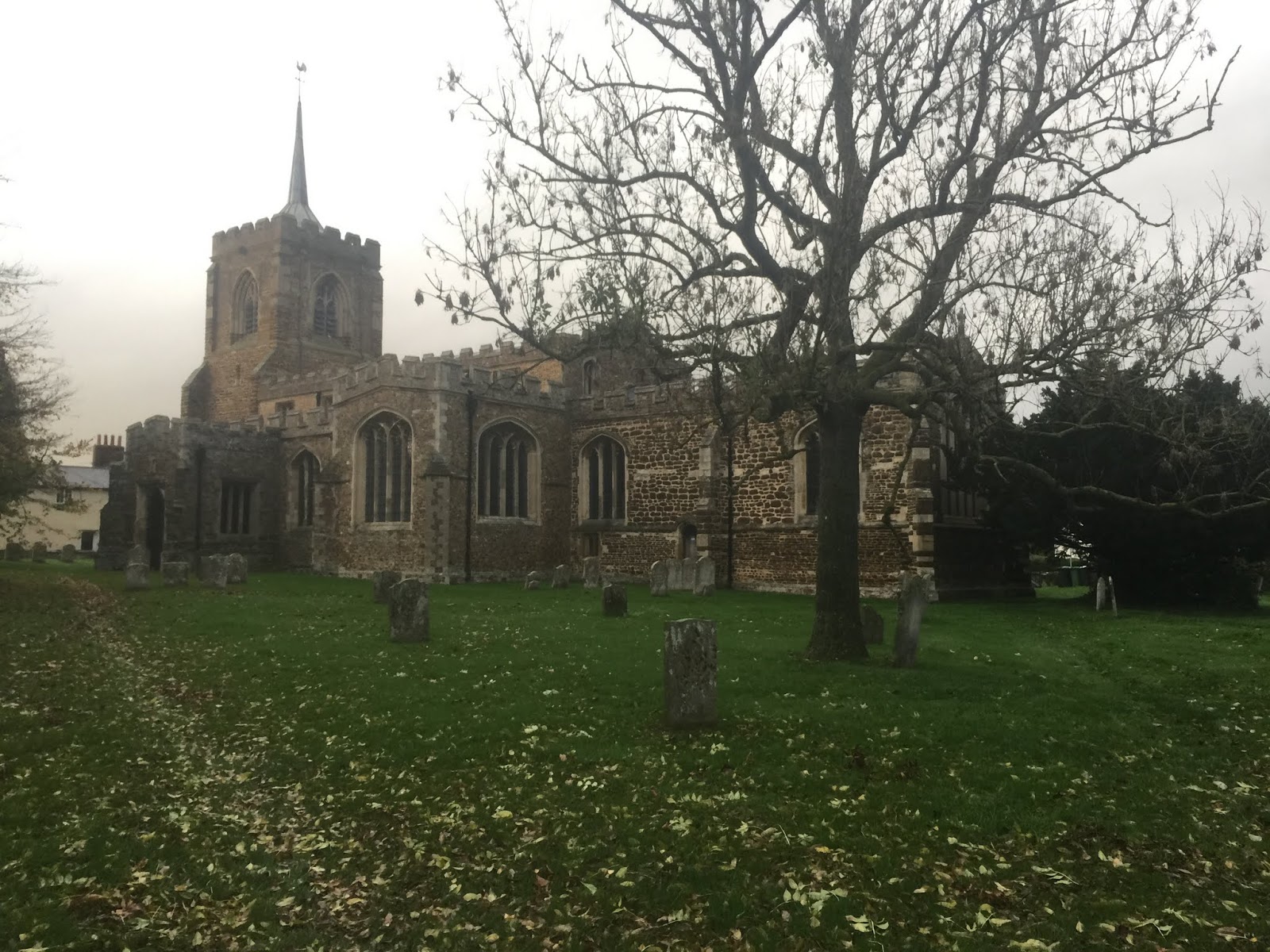 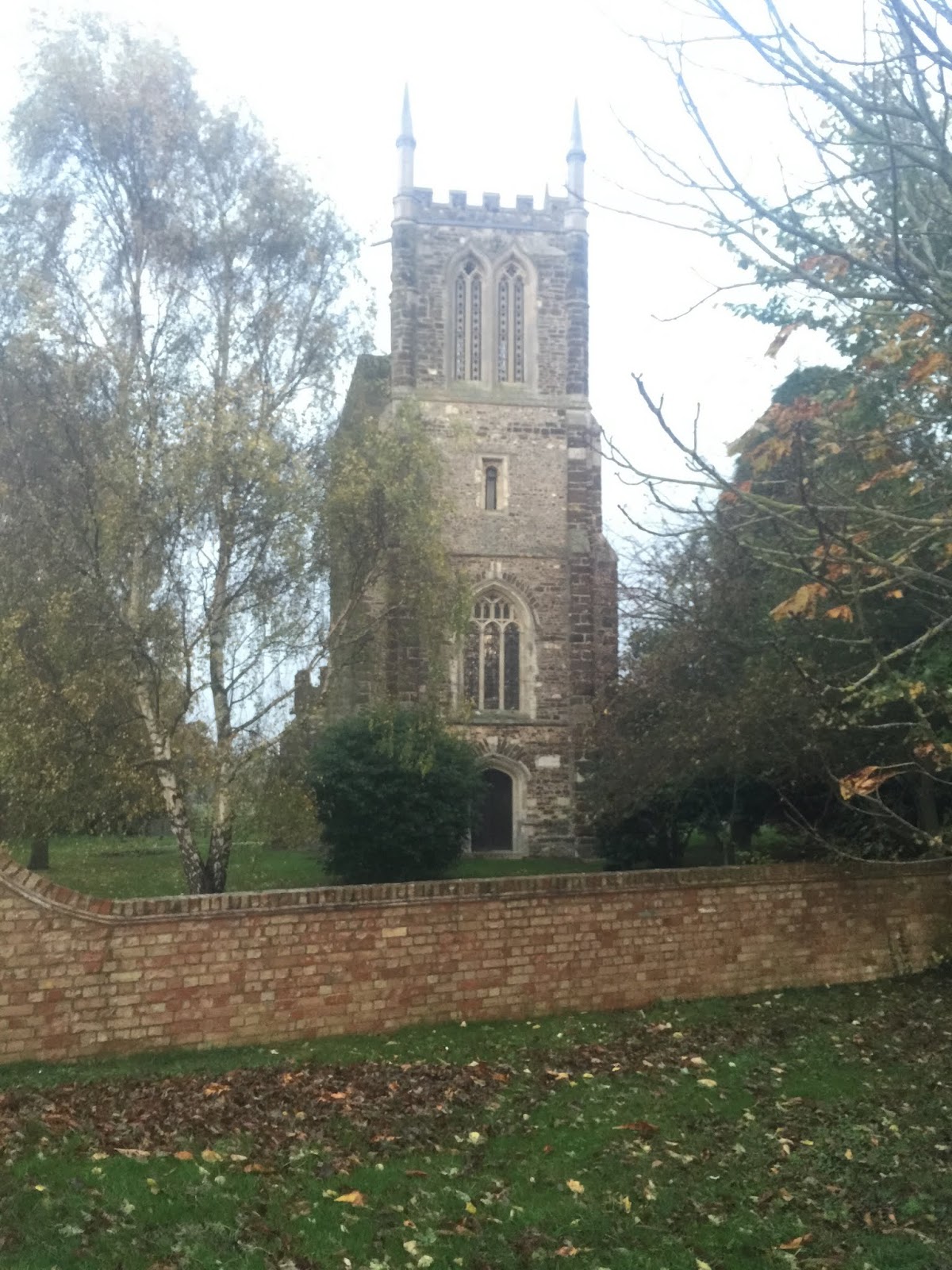