We weren’t really sure what to do today so we decided to go back over to Sagres and The End of the World to get a new gift for Ami (after Izzy had accidentally broken the one she got last time) and to chase down a puzzle cache that I’d been working on but only solved after our first visit.

We set off fairly early and arrived in Sagres just after 11. First stop was to go to Sagres Fort to find this puzzle cache. It was a bit of a hike around the outside of the fort and practically over the cliffs, but it was an easy find once we got there.

After that we went over to the end of the world to get a replacement starfish necklace for Ami. Sadly though, we couldn’t get one because that stall wasn’t there. So Ami grabbed some earrings and a little brooch else instead. She takes a little while to decide, but when she does decide, she has pretty good taste.

After this we went through Vila do Bispo and then took a hair raising road down to the nearby Praia do Castelejo, which was probably the most beautiful stop of the whole holiday, if only because it has a very windswept, remote feel much like the west coast of Cornwall. The scenery was similar too, except hotter and with less greenery. 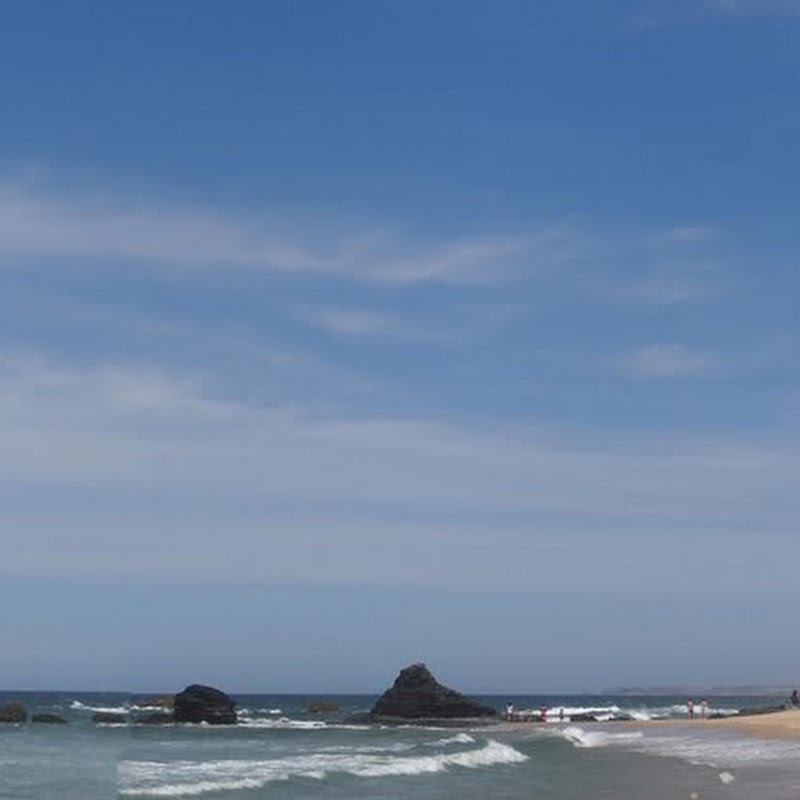 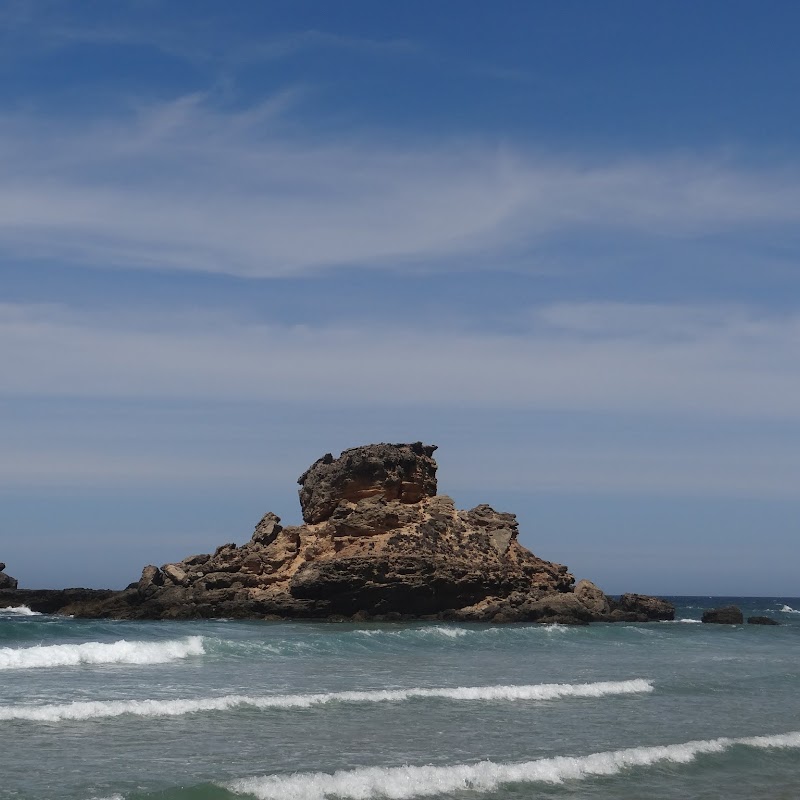 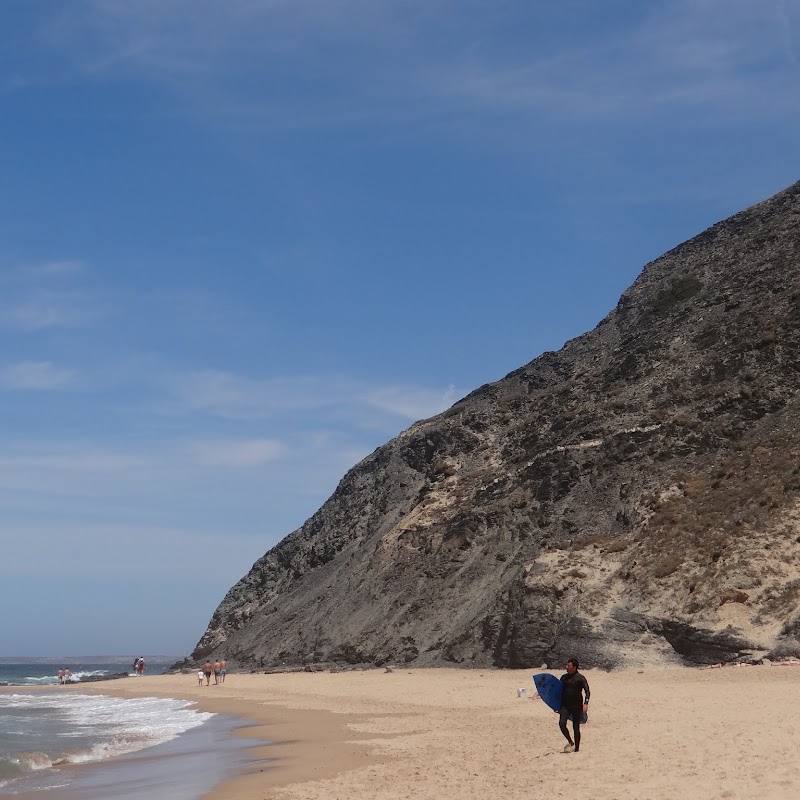 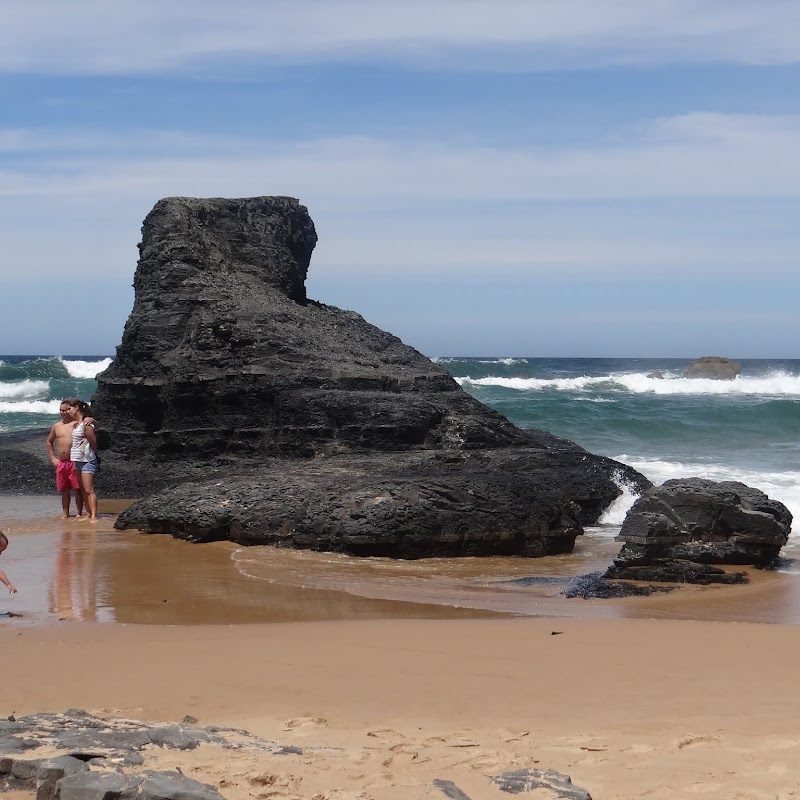 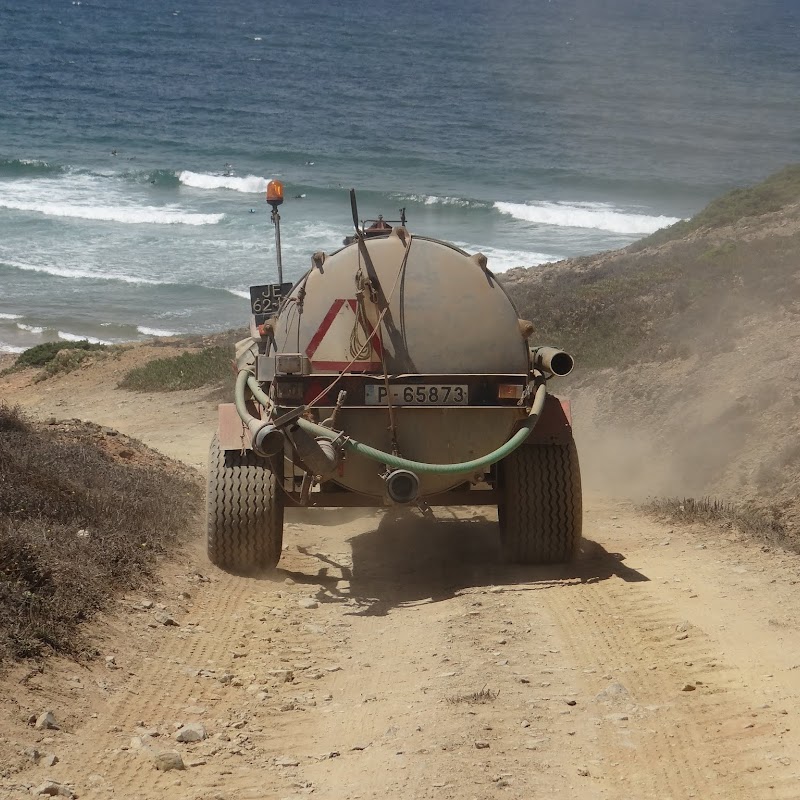 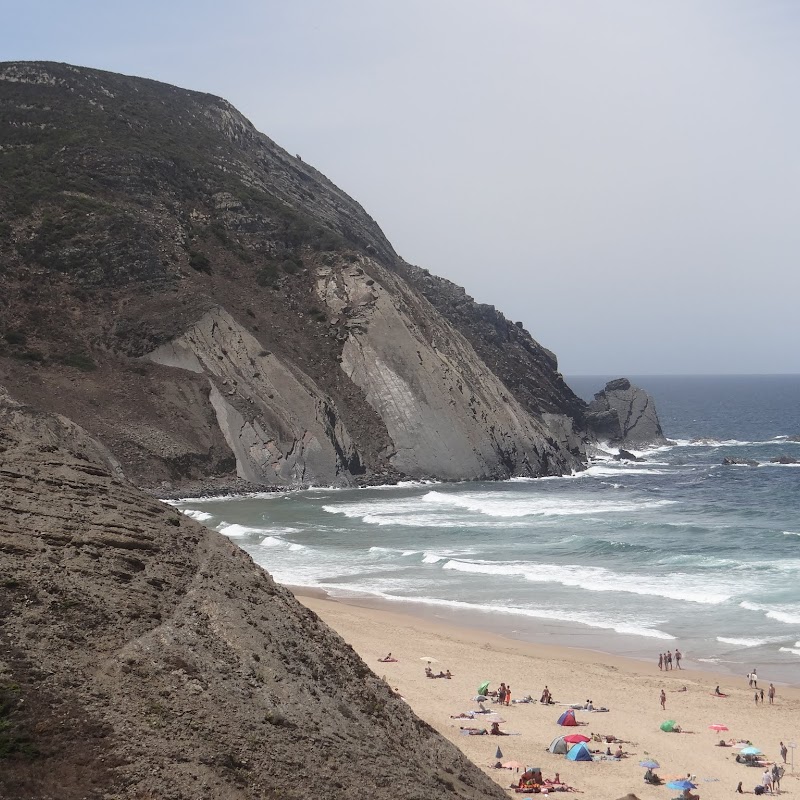 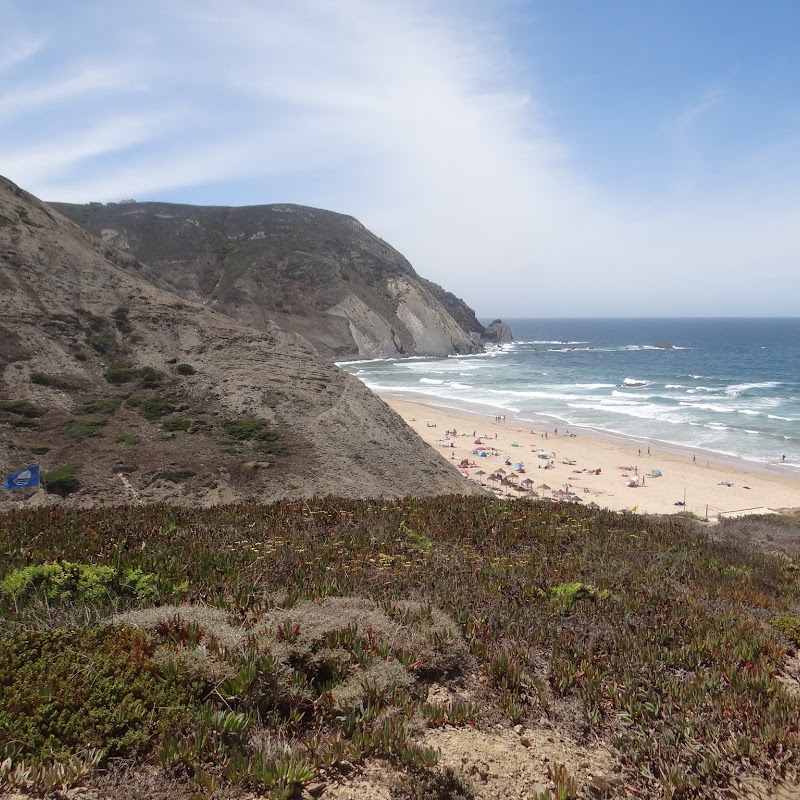 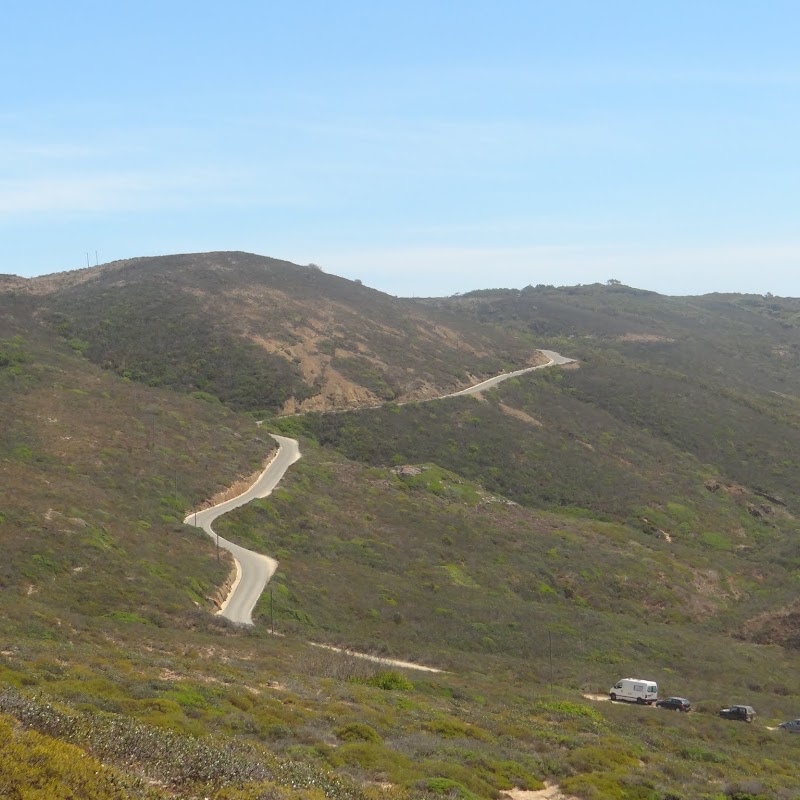 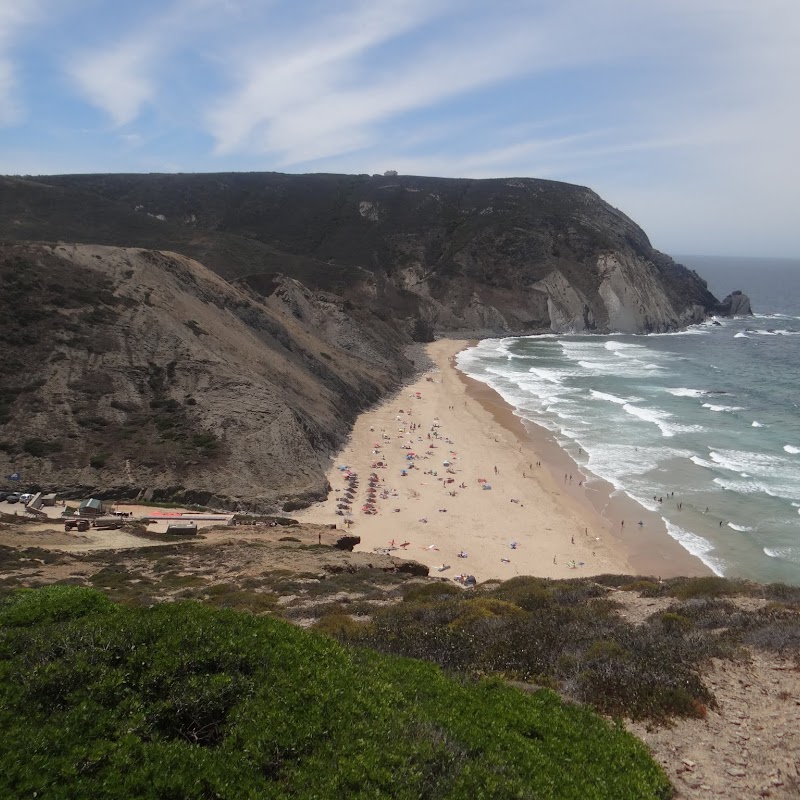 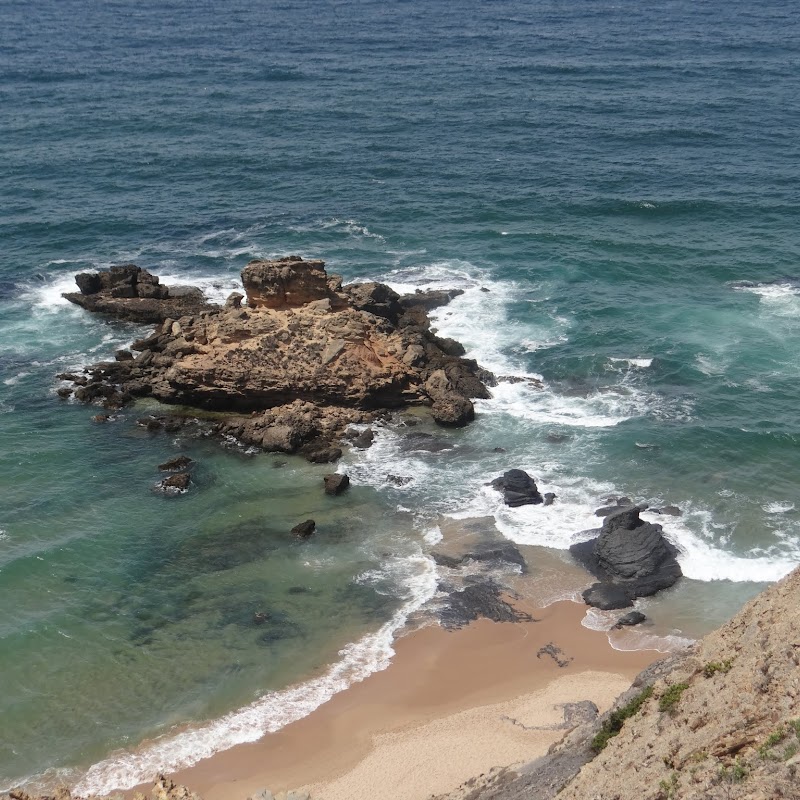 We had some lunch at the only restaurant on the beach, then girls retired to beach while I went caching. I didn’t get to go where I’d planned, mainly because the satellite view and maps don’t give a sense of quite how steep and unpleasant looking the cliffs are. I found an earthcache on beach then two traditionals up the cliffs, but it was dangerously windy on the cliff top so I decided to beat a retreat rather than continue on for another headland. It wasn’t very nice up top.

So we got back in the car and drove down an even worse road to a nearby miradouro/viewpoint above the southern end of the beach we were just on. Whilst the road down to the beach was a bit steep and winding, but covered in tarmac, the one to the viewpoint was dirt track most of the way, and I was very glad that it wasn’t my own car.

The view from the viewpoint was absolutely spectacular. I grabbed a further 2 caches on the cliffs but again the access was a bit dodgy given the state of the wind, so I decided it was better not to risk anything. 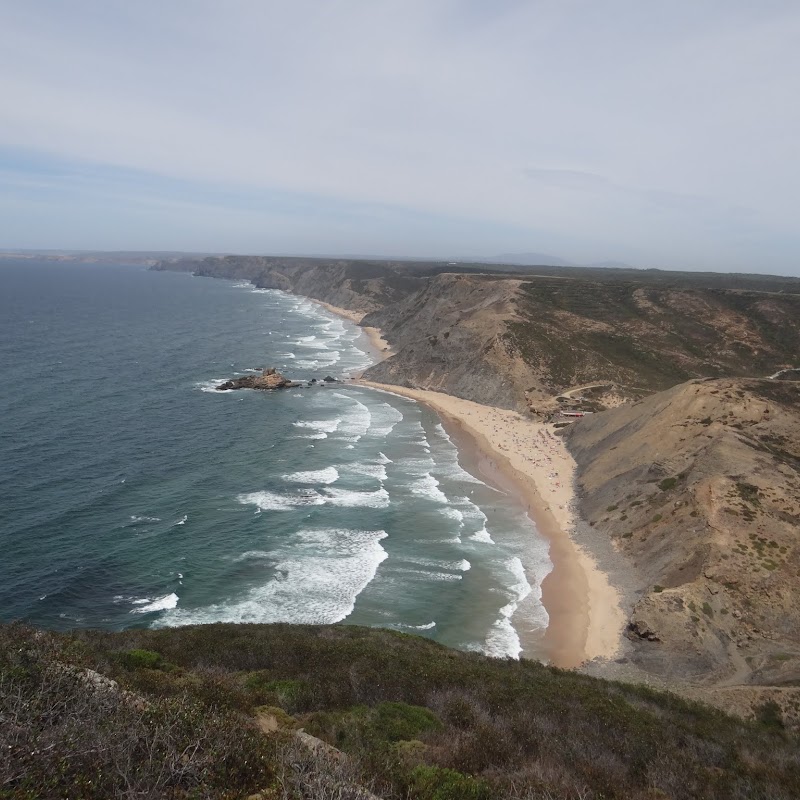 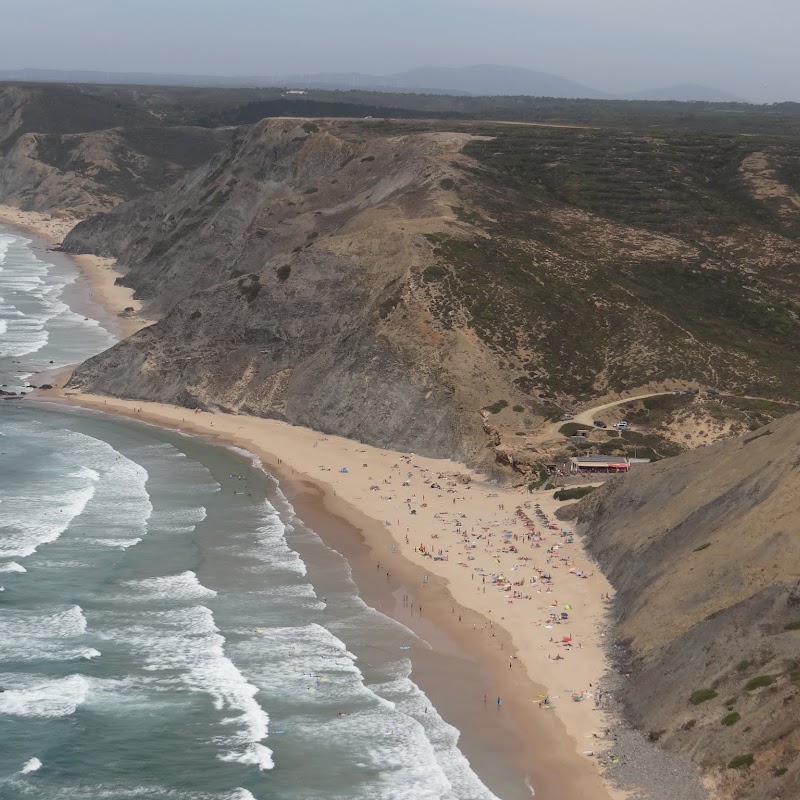 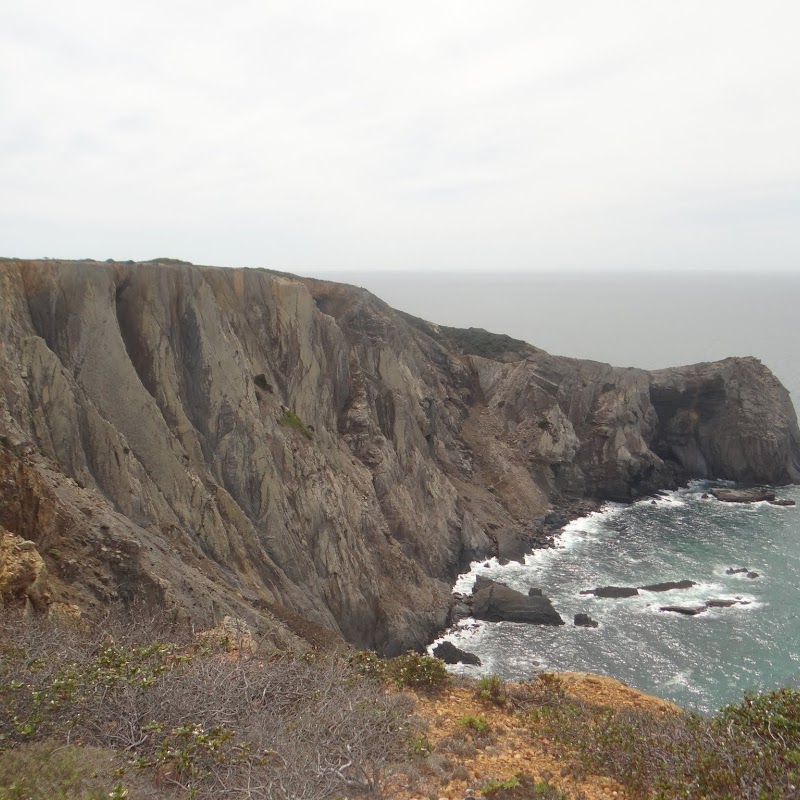 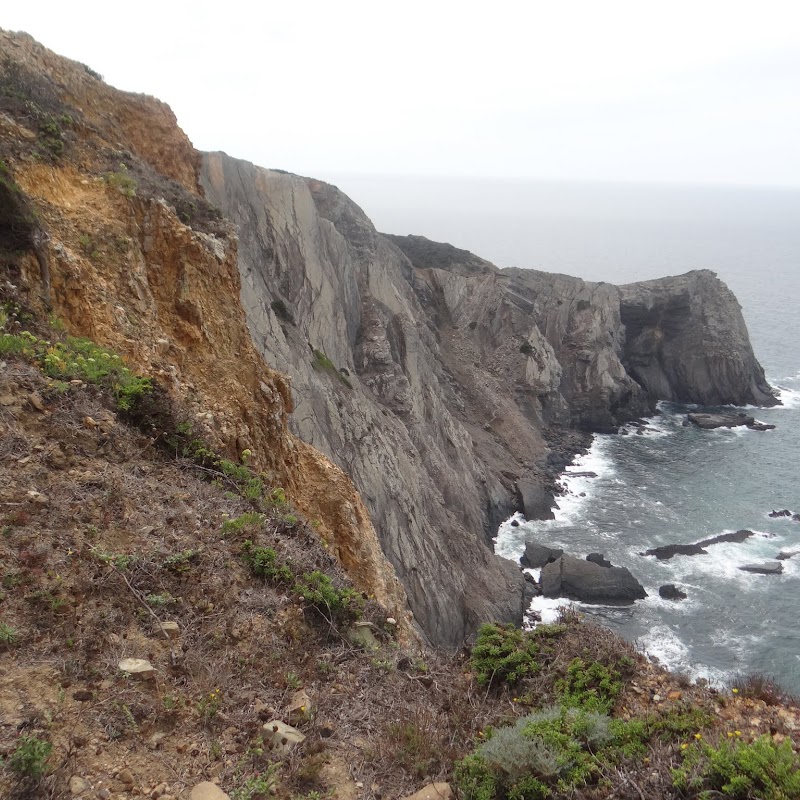 On the way back through Vila do Bispo we grabbed three caches, but the girls were looking a bit drained, so we plumped for finishing the day off on a beach. We drove into central Lagos and parked up, then retired immediately to the nearest cafe for ice cream and coffee. The cafe was on the beach, so the natural next stop was cooling dip. It was late afternoon by this time and it was a bit windy and cloudy, so the temperature was not too bad.

As it was our next to last day we drove home and had a “fridge clearance” for tea, including pizza, nachos, Pringles and various fruits and other stuff.