2013’s project was going to be to try to fill up my “Days I’ve Been Caching” matrix on the stats page. Or maybe the “Finds by Date Placed” or the “Finds by Month Placed”

This may sound relatively easy, and in Milton Keynes it would be ridiculously easy if you were a beginner. We’ve got about 500 just in the town, so you could just do one a day without ever having to travel anywhere.

For me, however, it’s a bit more tricky. As the calendar year of 2013 started I had about 130 days left to fill on my grid and less than 20 caches that I could drive to in under 20 minutes. The “20 minutes” is a practical constraint because of the number of days to do which are (this year) on a weekday, and hence which have to be done whilst also working. It’s not so bad in the summer when it’s possible to go out in daylight quite late after work, but in the winter, when you really want to be going in daylight, you have to go immediately before work, or at lunchtime. Or, as it turned out, you can use remaining holidays to take the morning off.

Sure, a few weekdays could be safely filled with business trips and with evening events, but that would leave about 70 or 80 I might have struggled with. From that perspective, maybe allowing 2 years would have made more sense than trying to finish in a year.

But “Bum to it !” I had a go anyway. And there’s a whole new world of caches in the “Challenge” category that become eligible if you fill these things up.

My intention was to update this post occasionally as the year progressed, and I managed to do that up until the middle of April, but then having failed on one day in March and with life being generally busy, as it tends to be, I lost a bit of enthusiasm. I’ve completed this year’s round up by changing this post to cover what I did, rather than what I was planning to do. And because I’m keen I’ve retro-engineered the stats pages from the start and end of the year, just because……

There’s a load of one-liners at the bottom of this post describing my progress through the year.

And I guess it would be quite nice also to fill up a few more bingo lines for the matrix of caches placed by month since geocaching started, although this is quite hard around here as there aren’t many old ones. I could gradually work my way up the board though. In 2013 I filled only 4 of these, although I didn’t ever specifically go out looking for the older ones. Maybe that can be a target for 2014.

Oh ! Go on then ! While we’re at it I might as well track my Difficulty/Terrain Matrix here too. I filled in 8 new spots, although, again, there was no point where I deliberately tried to do this. Another potential target for 2014. It looks like I need to find myself some easy caches with high terrain rating.

While we’re at it, let’s have a look at my map of the UK and Ireland. On this map I filled up several new counties in 2013 (Wiltshire, Hampshire, Dorset, South Yorkshire,  Gwynedd (which no longer exists) and also Dublin and Co. Meath over the Irish Sea).

And finally, before we get into the gory detail, here’s a bit of Michael Fish, pointing at where I’ve actually been caching during the year.

Judging by this one, you’d be hard pushed to say I’d travelled around a lot during 2013.

So he’s a day-by-day diary of days I went caching, and places I went. 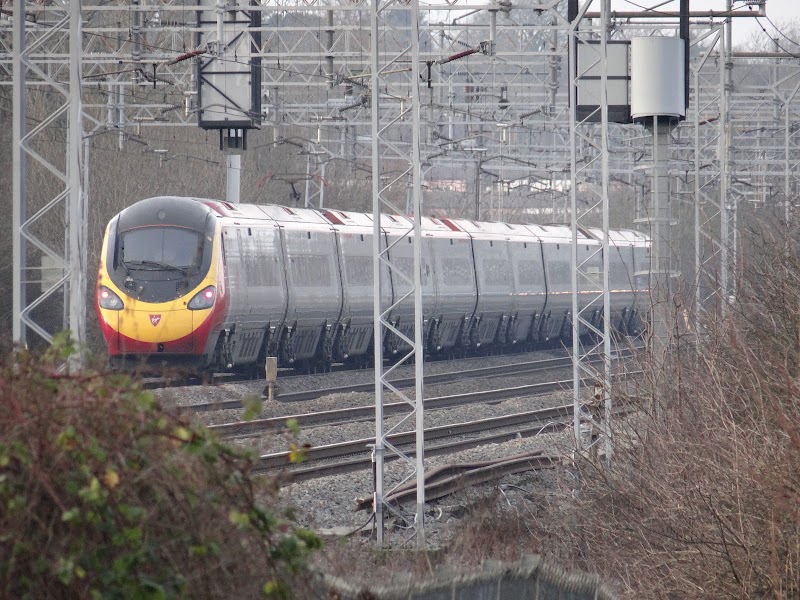 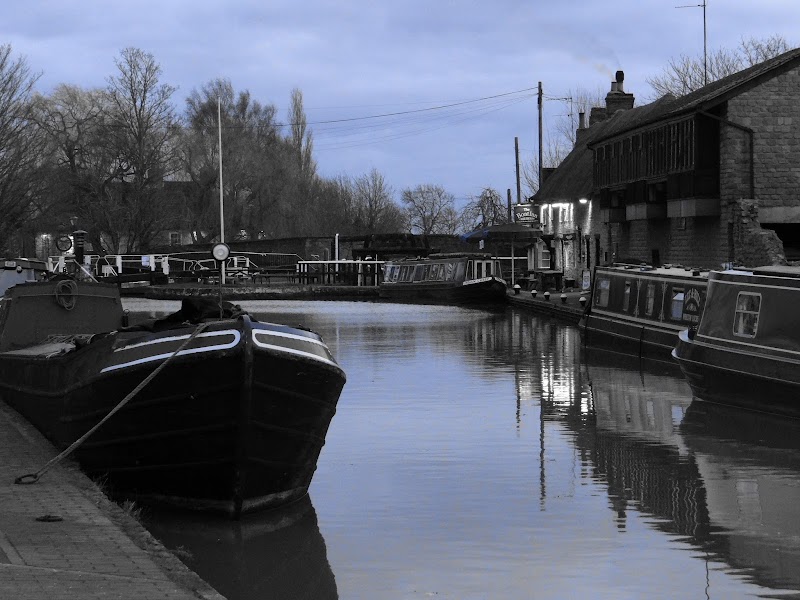 March looked tricky, with a run of 8 days out of 9 to fill between the 19th and 27th – Not many weekend days in there and no business trips planned. It looked difficult, and so it proved to be, with a matrix day failure on the 26th. 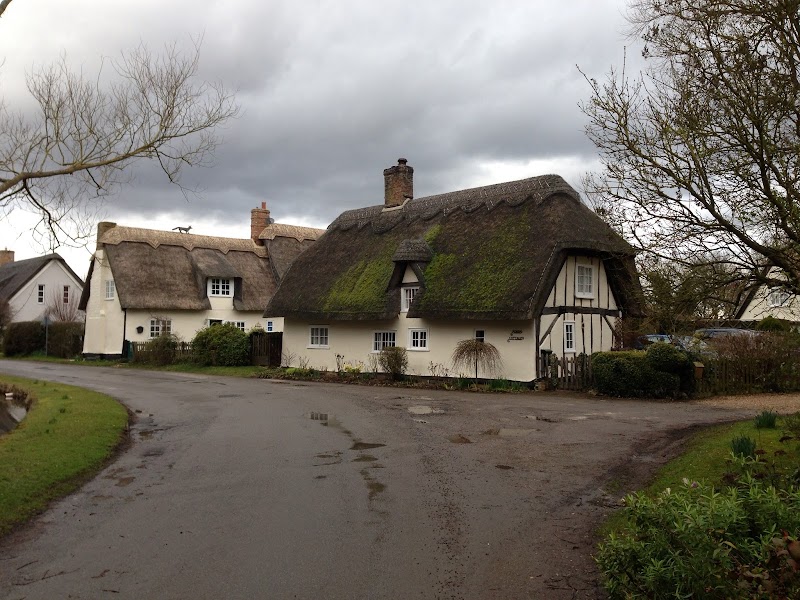 April was relatively lightweight – only 8 days to fill on the grid. I went out caching on 14 of those 8 days. 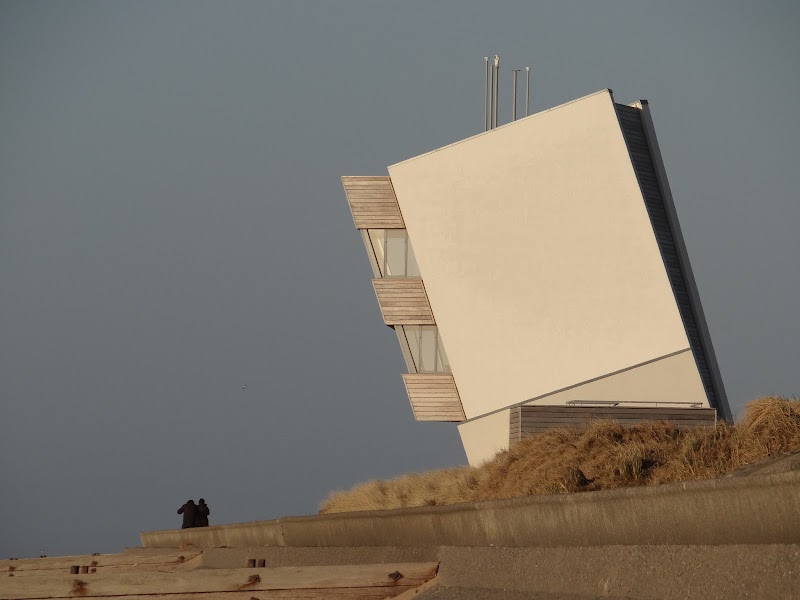 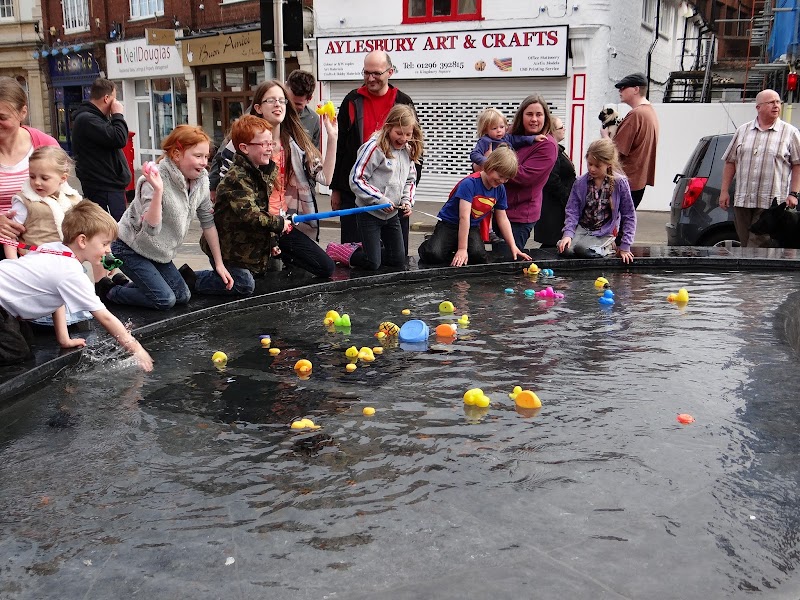 June proved to be a productive month from the numbers perspective but a bit annoying in that I simply forgot about one of the matrix days. I thought I had to do a 3 day run on a Tuesday, Wednesday and Thursday, but on Wednesday morning I realised it was supposed to have been Monday, Tuesday and Wednesday, so I missed the Monday. Bum ! 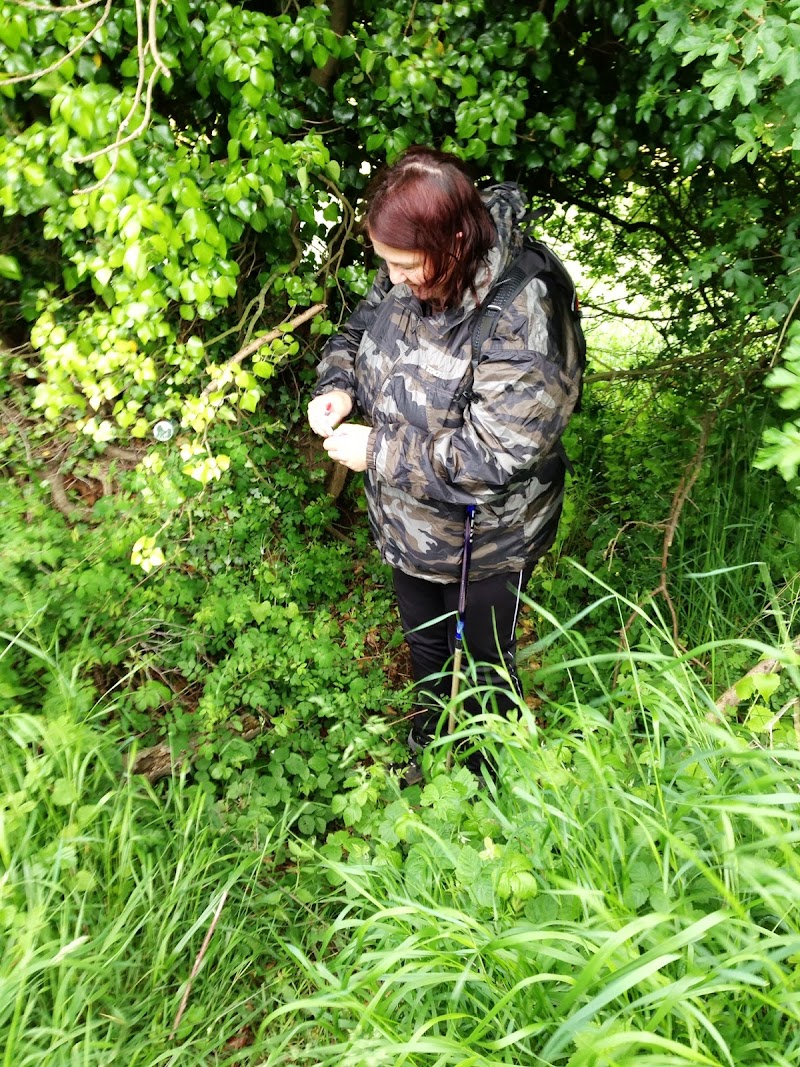 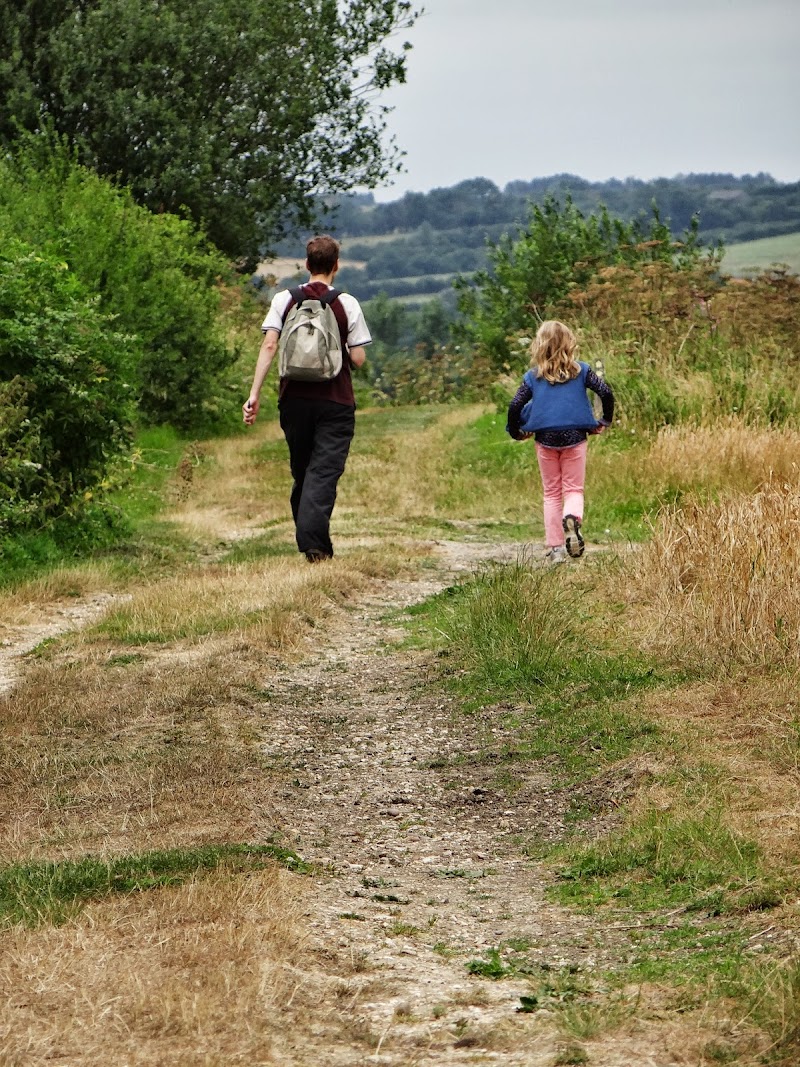 At some point in June/July a new target raised its head when Groundspeak published their intention to give a souvenir image for every day of caching in August – a 31 day streak. For some pros 31 days isn’t a long streak, but for me it is very long. I’ve had neither the time, the inclination nor the available caches to keep going for that long. So how did I think I could possibly achieve this one then ? 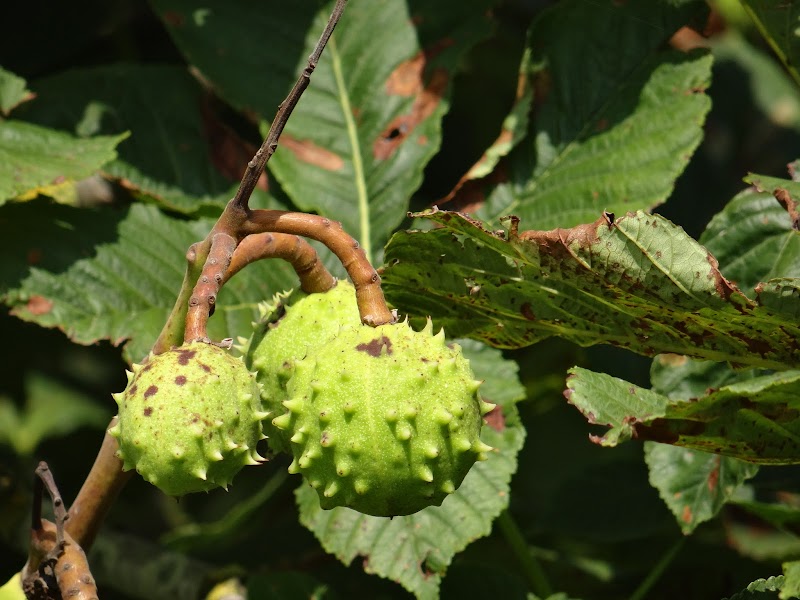 All of which means that I actually did it. It was a bit of a struggle for motivation on some of the days, especially when I was working, but I got there in the end. 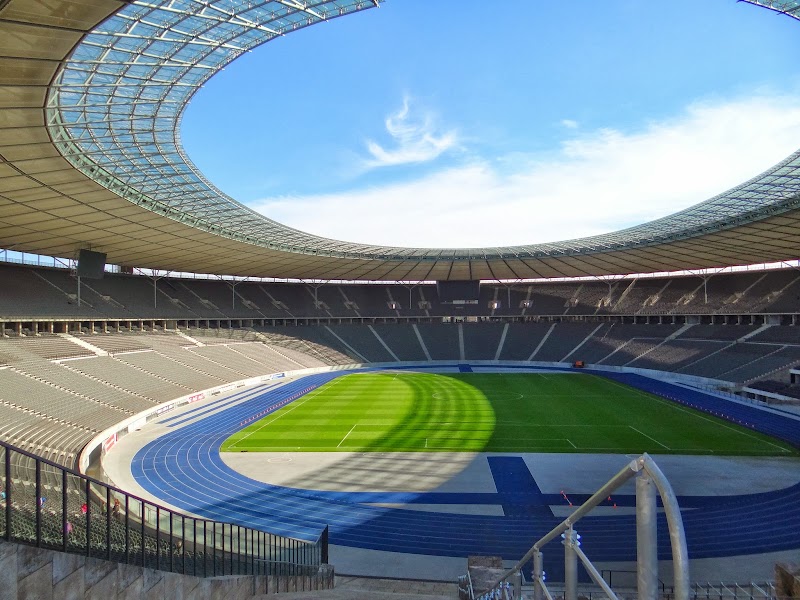 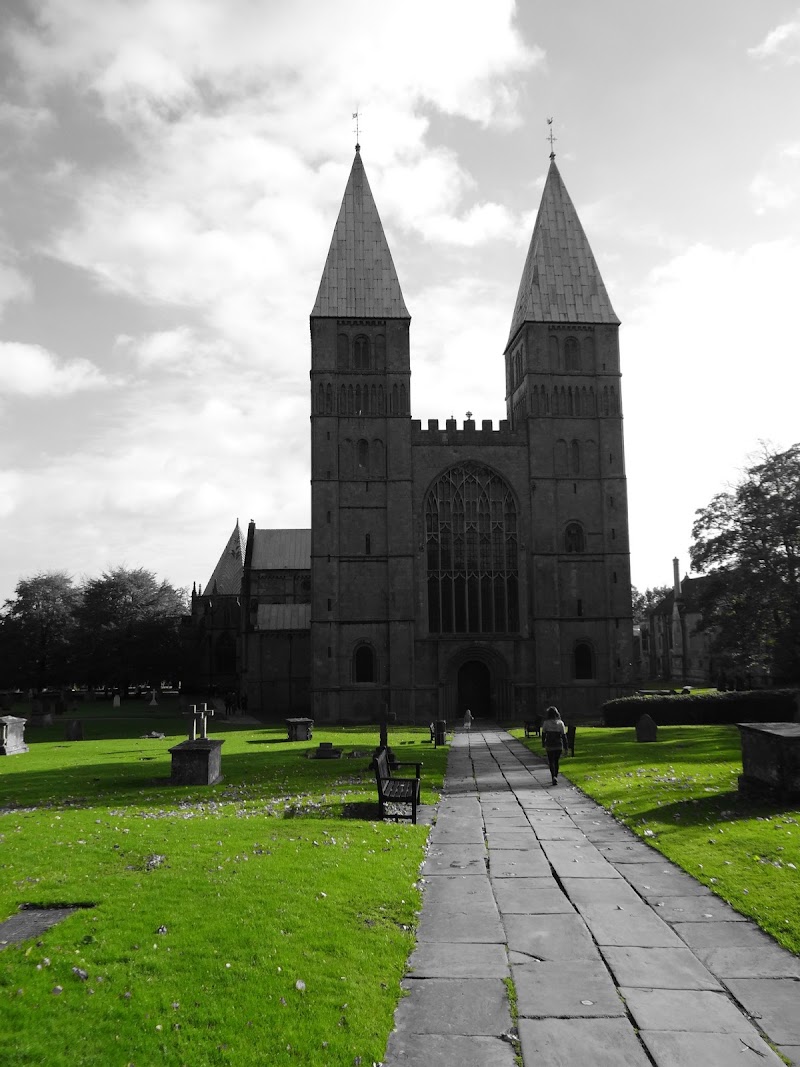 When the kids started back to school after autumn half-term it occured to me that I still had 9 matrix days to fill on weekdays and was rapidly running out of local caches. It also occurred to me that I’d already booked one of them as a day off and had 4 holidays left unbooked – which meant 8 half-day holidays would be enough to see me through, so long as the boss signed them off. 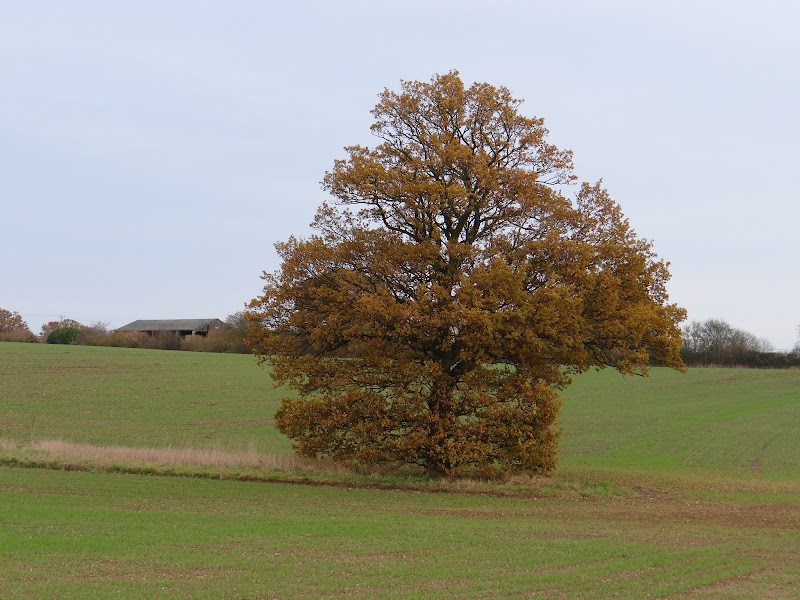 December started off looking like a bit of a challenge – 5 weekdays to do (including three in a row) and 4 weekend days. The holidays meant the numbers wouldn’t be a problem, but it turned out that motivation was, what with Christmas approaching and the need to plan a few things as well as go caching. In the end, the “hard work” resulted in my most prolific month of caching ever – 215 finds

Filling the matrix should be easy in 2014 – I only have two days to get done and I already booked them as holidays.