From Home to Reims

This post isn’t really a single day post. I covers more than one. Why ? Because we’d heard some horror stories about trying to get through the Port of Dover following recent changes to French border controls, involving people having to queue up the A20 for hours on end, weeing by the side of the road, and getting rescued by people handing out free bottles of water. We therefore decided a couple of weeks in advance to drive down to Maidstone the night before, because we wanted to arrive at Dover no later than 9am for our midday ferry crossing. 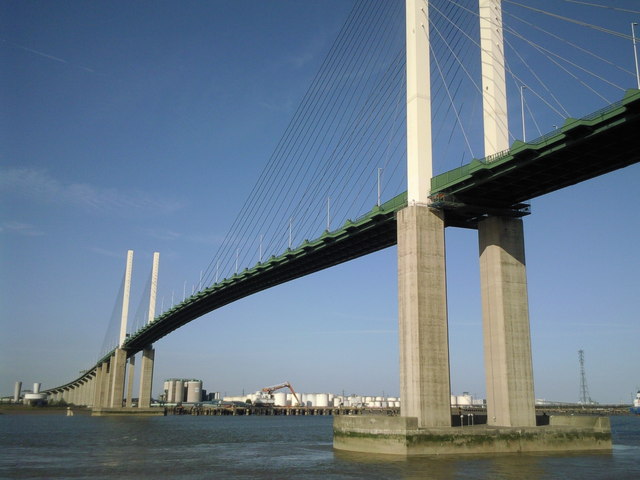 The M25 was fairly quiet, possibly because it was a Thursday night not a Friday, but whatever the reason the drive down was fairly easy. The kids had been in sports club and I’d been enjoying a bit of general idleness involving getting my car cleaned, packing bags, and generally not working. Unusually for us, we managed to get out of the house within a few minutes of us wanting to leave. Things continued to go to plan.

We stayed overnight at a Premier Inn in Maidstone, having booked our usual family room and two breakfasts. We’d planned the following morning to stuff as much breakfast as we could manage and get out of the hotel no later than 8:30 for our 12:15 ferry. We thought either we’d be fine and get the ferry we booked, or there’d be no traffic and they’d let us on an earlier sailing.

We had dinner in the hotel pubstaurant too, partly because we couldn’t be bothered to go anywhere else. It’s a Beefeater, so absolutely none of us had beef.

While we were there, I re-read one of the notes from DFDS and realised that they expected me to be carrying a printed copy of one specific booking confirmation note they’d sent. I was carrying one. You never know in this day and age whether it’s actually needed, given that when I was paying they’d already asked for ( and obtained ) all of our passport details, my car registration and a full breeding history of my granddad’s Jack Russell. But as the email specifically said “you must bring a printed copy of this confirmation” I thought I’d better try to do it. Obviously we weren’t at home, so I couldn’t just print it. Thankfully though, the hotel company’s firewall was prepared to accept an email from me with a PDF file attached, so the receptionist very kindly printed it for me. She didn’t even charge for the paper.

Back at the plot (again), we slept relatively well although the room was warm, and got up for our breakfast remarkably early. Ami was disheartened to discover that our Premier Inn Breakfast didn’t include muffins. She likes the muffins. It did include loads of other stuff though, and she was soon satisfied, as were the rest of us. Excellent !

So off we went down the M20 at 8 in the morning in the general direction of Dover. Technically, it was in the very specific direction of Dover, I suppose. There was very little on the road and we racked up at passport control before 9am, apparently having entered some kind of alternate universe in which we are the only people who own a car.

And so to the DFDS check-in desk. “You-re a bit early” they said. “Sorry, we expected more traffic.”
“Would you like to go on an earlier sailing ? There’s one at 10:40” they said. “Does a one-legged duck swim in circles ?”

Even with the earlier sailing we still had an hour to wait before our ferry started to boarding. So we parked up inside our assigned spot and took a very long walk along a very long line of zebra stripes into a small terminal building. It had a Costa Coffee. It also had some toothbrushes, which was handy because Izzy had somehow lost ( or forgotten ) hers.

Back at the car, we were mooching in the car park when Kas noticed a geocaching trackable sticker in the back window of a car in the next lane to us. This lead to a brief discussion with a couple who don’t now do a lot of geocaching but who promised to do more, and to log the trackable from my car. Fair enough.

Getting onto the boat was easy.

We didn’t have lunch on the boat. We planned instead to drive through France for half an hour and have something there. So we had a good old gander at Dover disappearing behind us and then went to sit at the pointy end, as we nautical types say, and watched France approaching. When you are on a ferry in the middle of the English Channel on a clear day you can see both sides quite easily, and it really doesn’t seem very far.

Getting off in Calais proved to be very easy and we were soon off on our way down the Autoroute des Anglais heading south at a great rate of knots.

We stopped at possibly the only set of motorway services in France that doesn’t have a geocache, however I didn’t need to “colour in” this department anyway because I’d already done both Pas-de-Calais and Nord on previous trips, such as the infamous trip on the Gigabus to Munich, and the more recent Mega in Valenciennes.

We got sandwiches, crisps, drinks and some salads, and as ever, got the kids more food than they would eat and spent more money than we expected.

From here it was very, very simple to get into Reims. The Autoroute des Anglais was quieter than a minute’s silence at a trappist’s funeral.

Where They Make the Champagne

When we arrived in Reims we managed to check in quickly to the fairly smart Novotel Suites, having very cunningly packed just a single suitcase with enough clothes for the four of us on the two nights before we made it to Chamonix.

Kas wanted to go for a run for an hour (after all, it’d been over a day). So I took the kids and did a few caches, having arranged to meet Kas at the Cathedral. While we were sitting waiting by the cathedral I was accosted by a guy doing some market research about tourism in Reims. It was a little difficult to explain we were just passing though, not because he didn’t understand, but just because he was working his way through a massive questionnaire on his iPad and a load of the questions just weren’t relevant, or seemed a bit grandiose for a couple of hours on a single evening.

Anyway, once Kas arrived, we had time for a quick qalk around the catherdral and the palais next door and then tried to find somewhere to get something to eat. We found a cafe on the Place du Forum which was called Le Bistrot du Forum, and had some beer, charcuterie, fromages and chips whilst sitting upstairs and listening to a band playing outside in the forum. It was all quite civilised.

We walked back home, and noticed that the building where we’d done our first cache earlier is the old Allied Supreme HQ and was where the end of WWII in Europe was officially signed. That’s a surprising end to the day.