What can we say about this day.

We thought it might be a good idea to start off by going to the hill fort at Eggardon Hill near Bridport. It was an interesting drive up, and at several points we thought we might be driving through the clouds and surrounded by rain. Once we parked up it became apparent that we actually were in the middle of the clouds. We went for a quick walk around the top of the fort (and a quick dash down the back to grab a cache for me), but we weren’t really enjoying it. All of us were getting cold and wet. Enough of that then.

After which we started a few hours of generally farting about as a result of not having planned anything. We ended up in Abbotsbury and down at the western end of Chesil Beach. We thought we might go for a look at some botanical gardens just out of town, but we ended up just having lunch there after we saw the cost of the tickets for entry. Seemed a bit much for what would undoubtedly be a short walk around. In nice weather it might last us all day, but in bad weather, when we were all already wet and cold, I doubt the kids would last more than an hour.

The weather still wasn’t great so we drove around the village to the other side and walked up a very steep hill to reach St. Catherine’s Chapel, taking in a couple of passing caches on the way. Kas decided to stay in the car, so it was just me and the daughters. It finally stopped raining, so whilst we were still getting wet feet from the grass at least our top halves were drying out.

When we came back down we still needed to complete the daily tasks of doing an Earthcache and feeding some ice cream to the girls. Both were achieved by driving back around to the botanical gardens, abandoning the car in their car park and walking down to Chesil Beach again. There’s an Earthcache that involves a bit of minor chat about pebbles and a load of photos showing the chapel in the background, and the like. This explains why all the photos in this batch have my phone included.

We had an ice cream (or a coffee in mine and Kas’s case) sitting under the porch of a cafe in the car park, whilst watching the renewed rain falling around us. At least it was under cover and the coffee was hot. 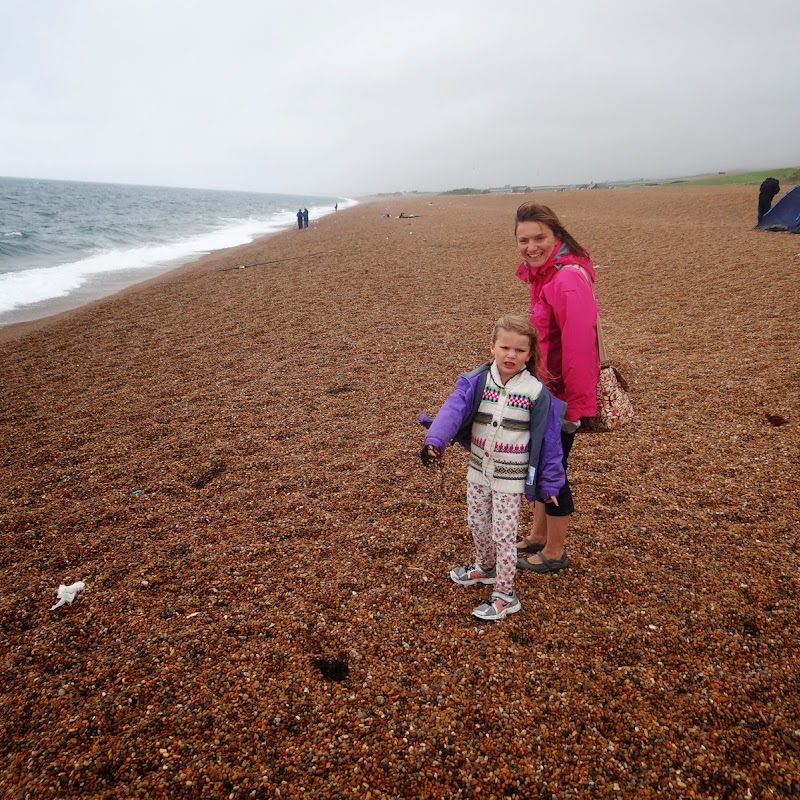 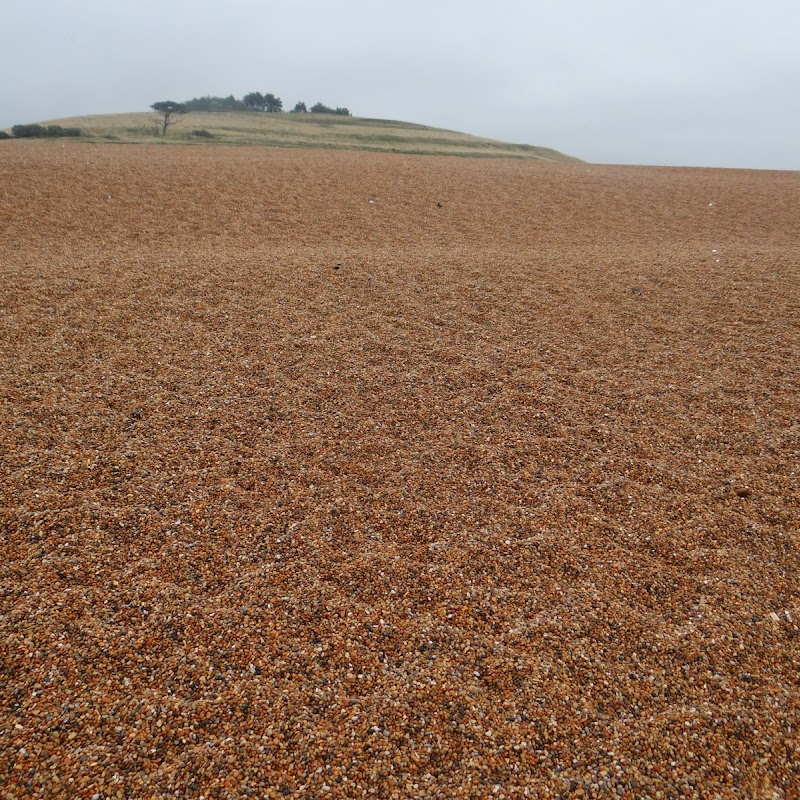 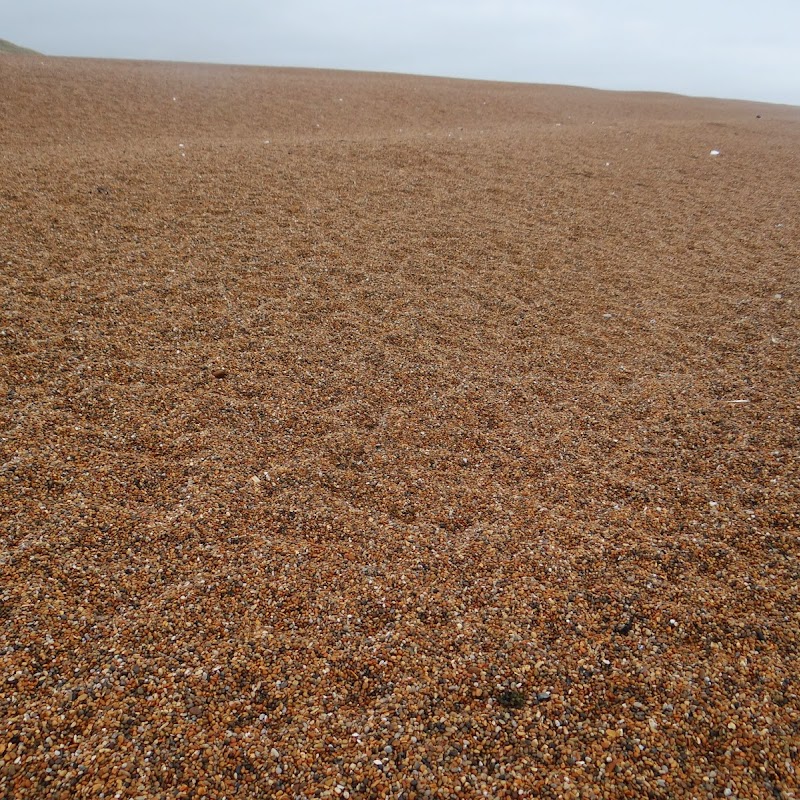 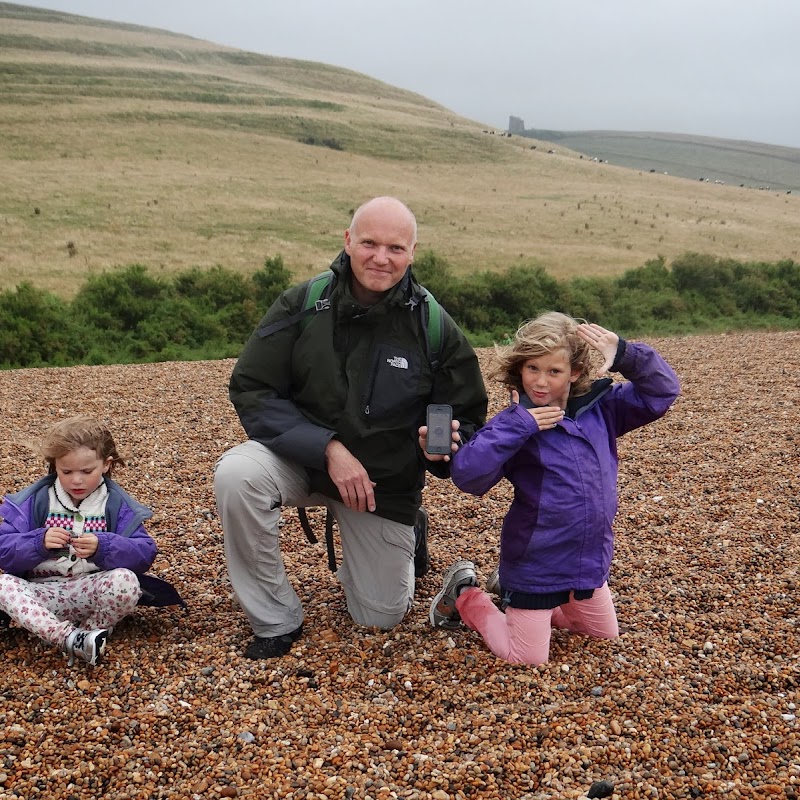 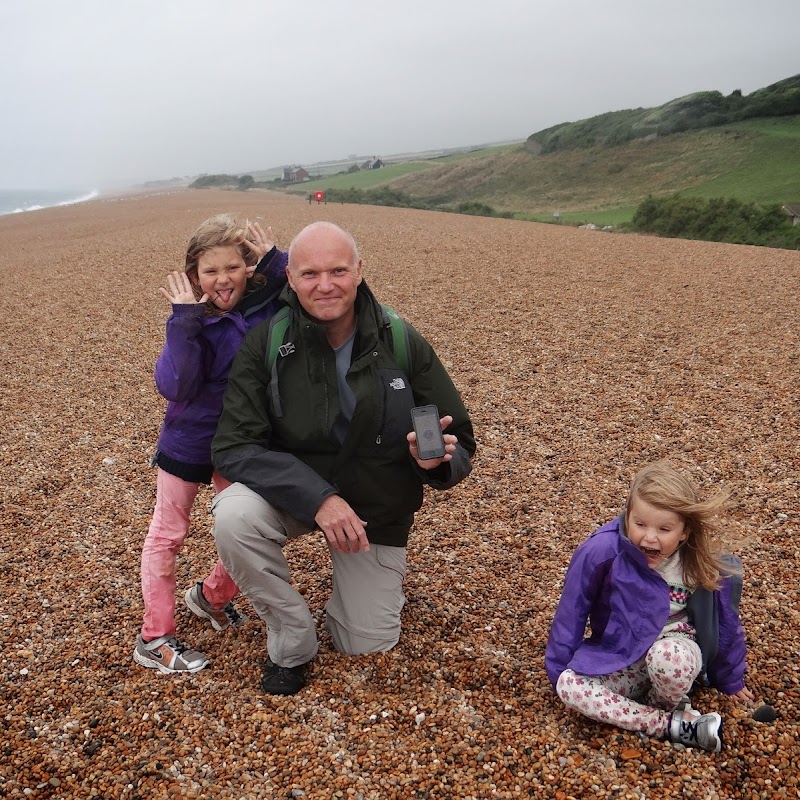 After which we went home, got clean and dry, and went out for pizzas. At least the day ended well.