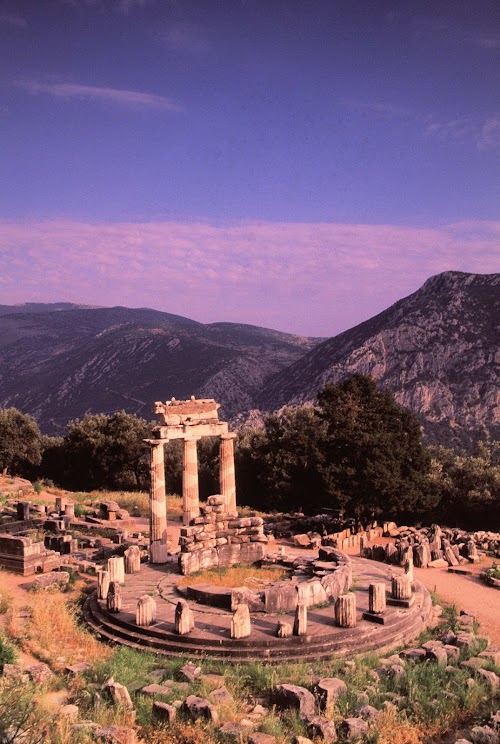 The next stop on our driving tour of Greece was Delphi. As with Meteora, we decided to come here partly because we wanted to recreate a photo from a coffee table book we own. In this case the photo was of the Delphic Tholos at sunset.

In this image, the key was to get the sensation of dusky orange light surrounding the monument.

Back at the plot, the hotel we chose in Delphi was a little boutique job, which proved to be one of the nicest of the lot. It was down a small street that was inaccessible by car, so we had to park in a public park up the road. However it was very well decorated and had nice big rooms. It’s just as well it was nice though, because having three nights there was probably one too many, we thought.

Basically, Delphi is a place you go for history and archaeology.

The main site sits high on a hill overlooking a huge valley which drops all the way down to the Gulf of Corinth and has some spectacular views. The site itself is fairly small and is an easy one day visit even for the most deeply interested.

There’s some inside bits with archaeological displays, and there’s an amphitheatre with brilliant views, and there’s a stadium up the top of the hill.

So that occupied us for one full day. On the second full day there we were were at a loss for something to do.

We went down to the Delphic Tholos for more photos but then decided there wasn’t much to do in Delphi itself, so we elected to drive up to one of a handful of ski resorts in Greece, at Mount Parnassos. It passed the time.

Delphi is a nice small town and the site of the Oracle is genuinely interesting, but unless you are a serious archaeology nut I wouldn’t go for more than two nights – one full day. 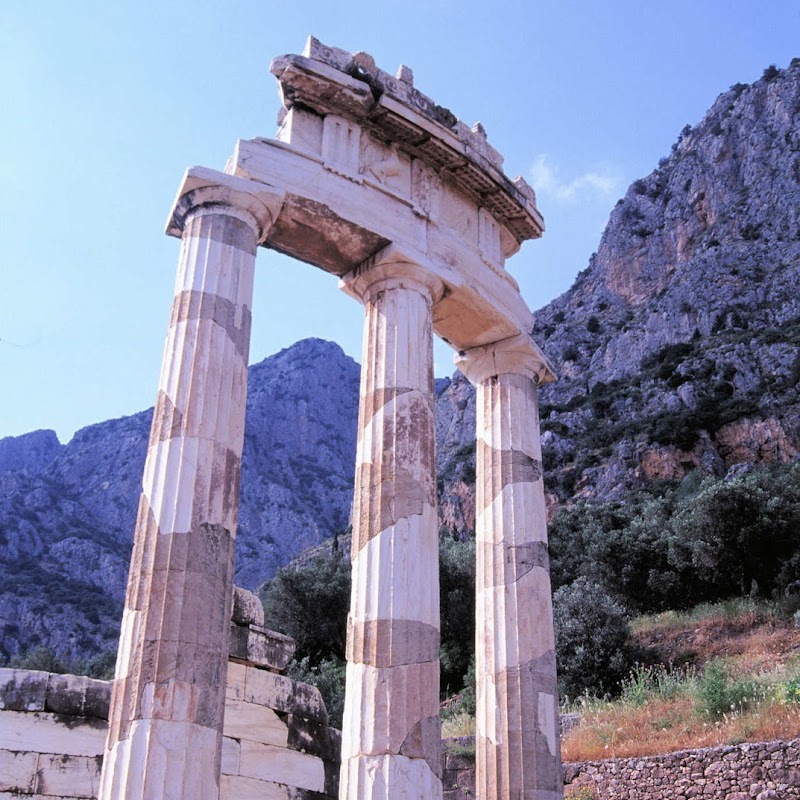 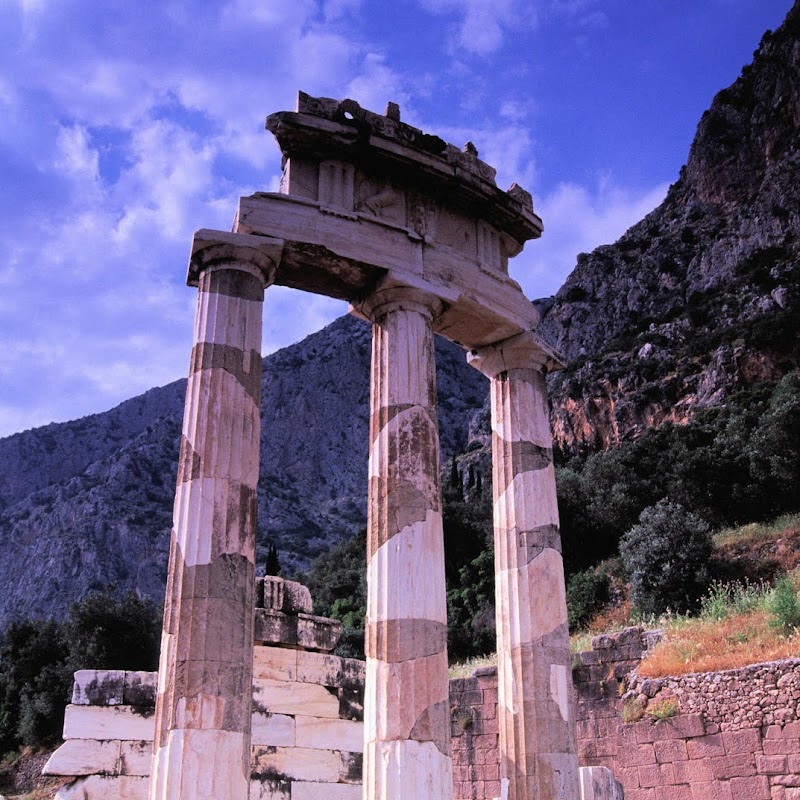 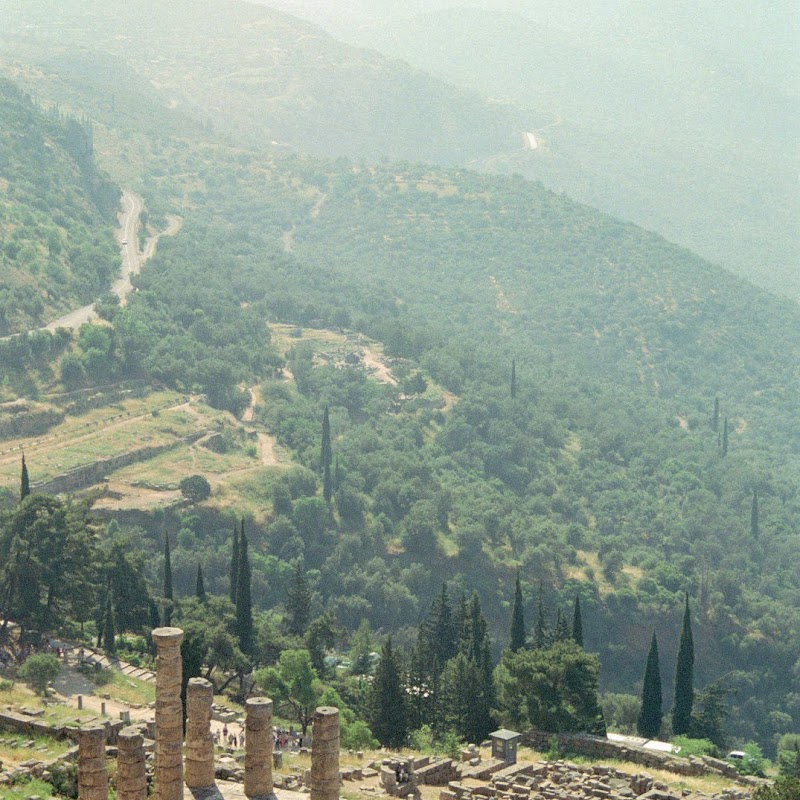 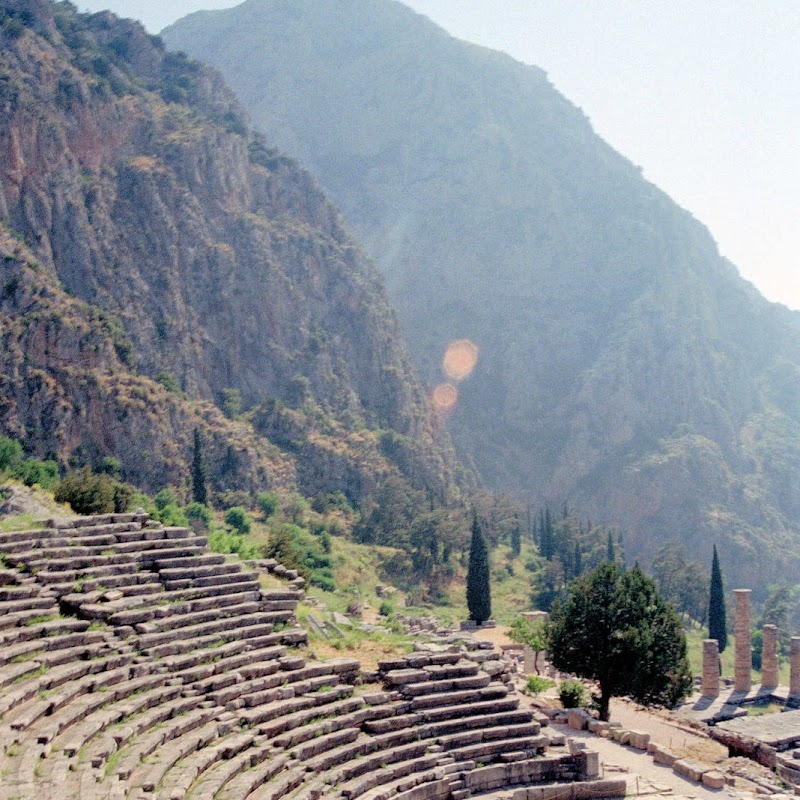 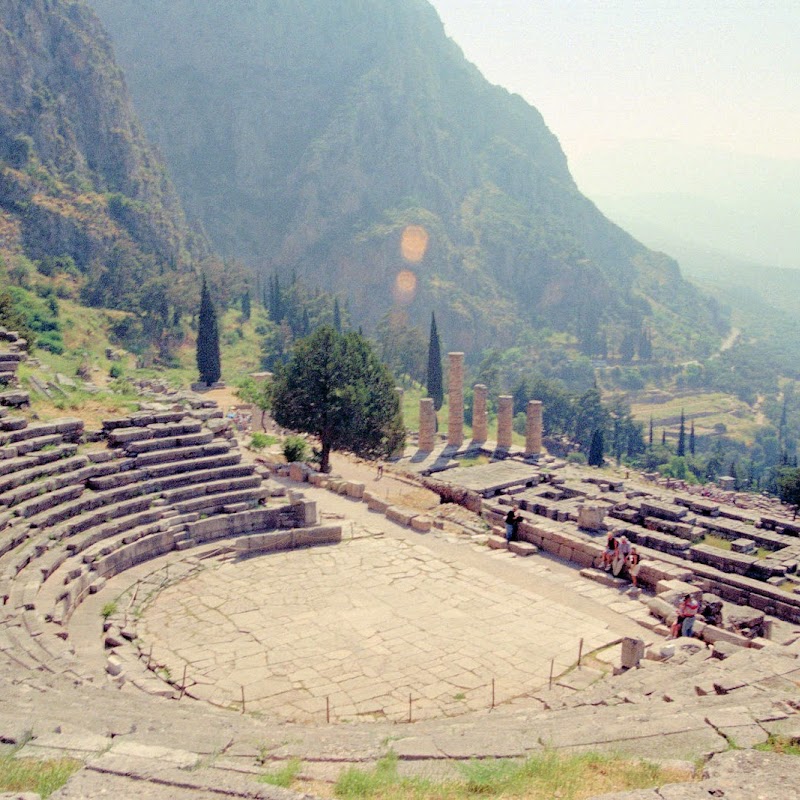 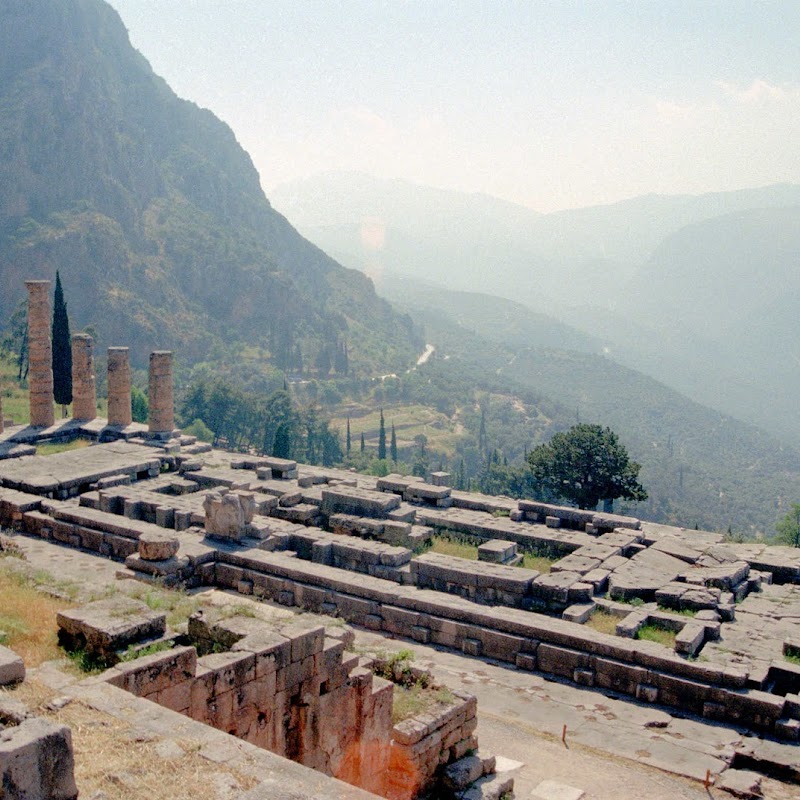 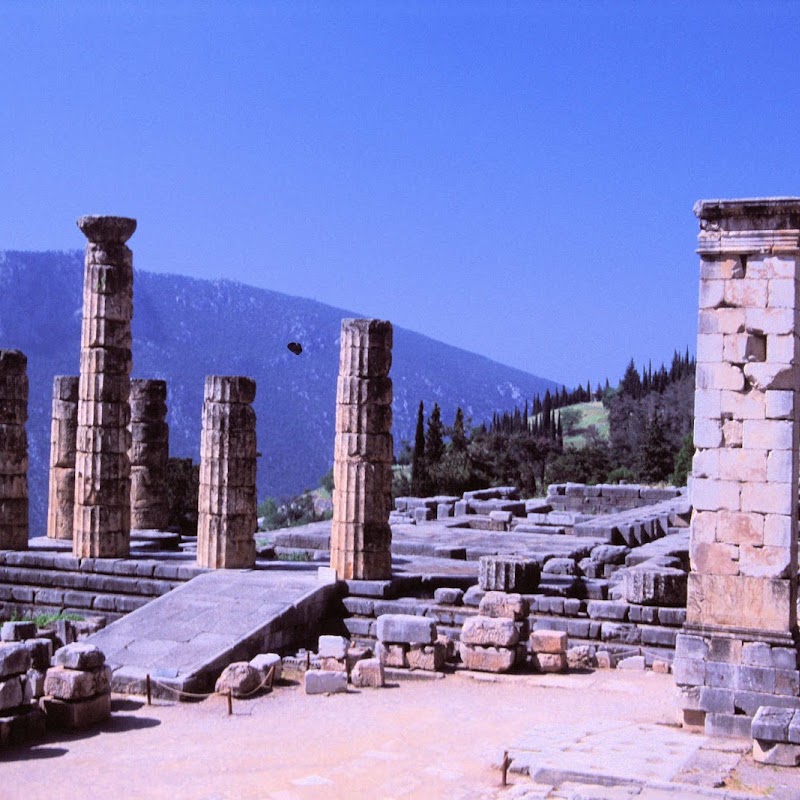 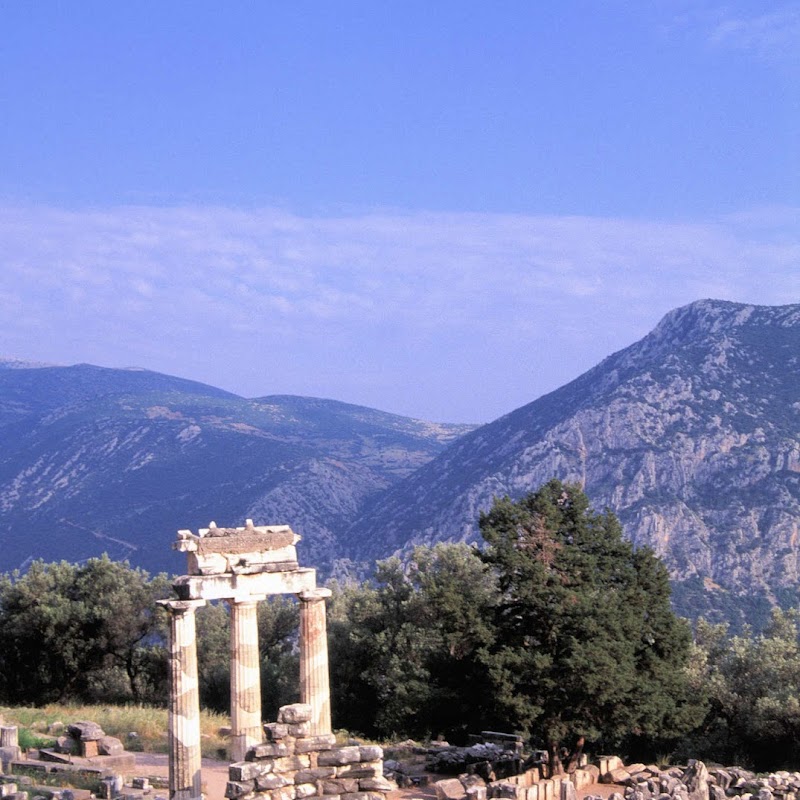 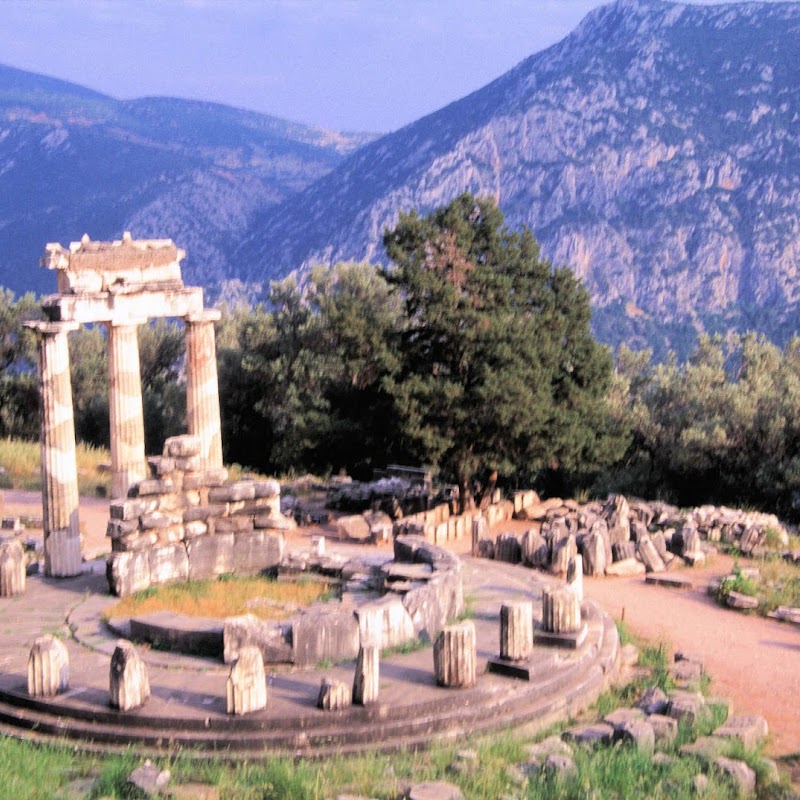 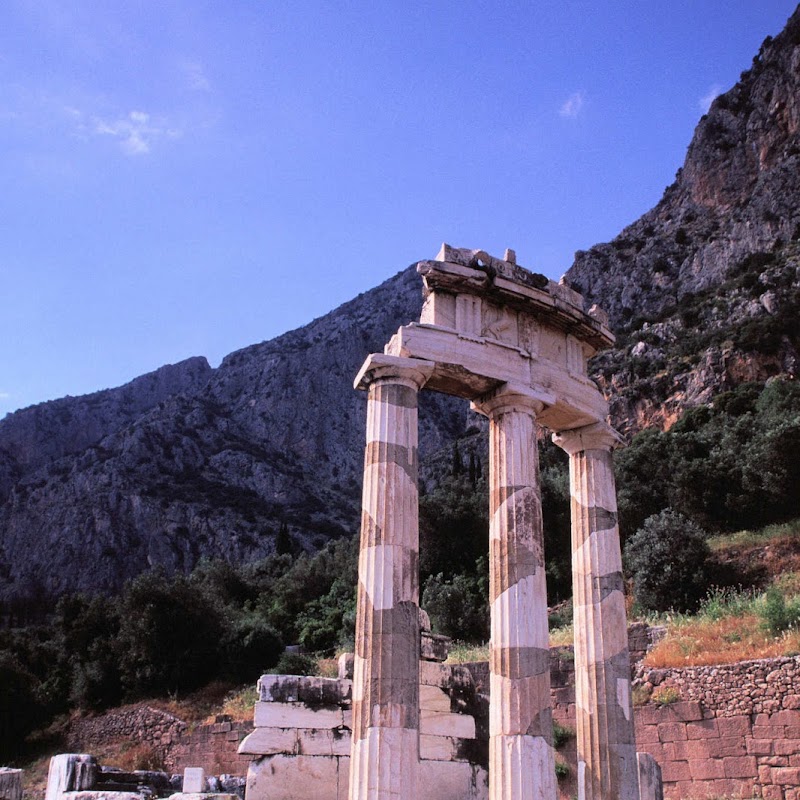 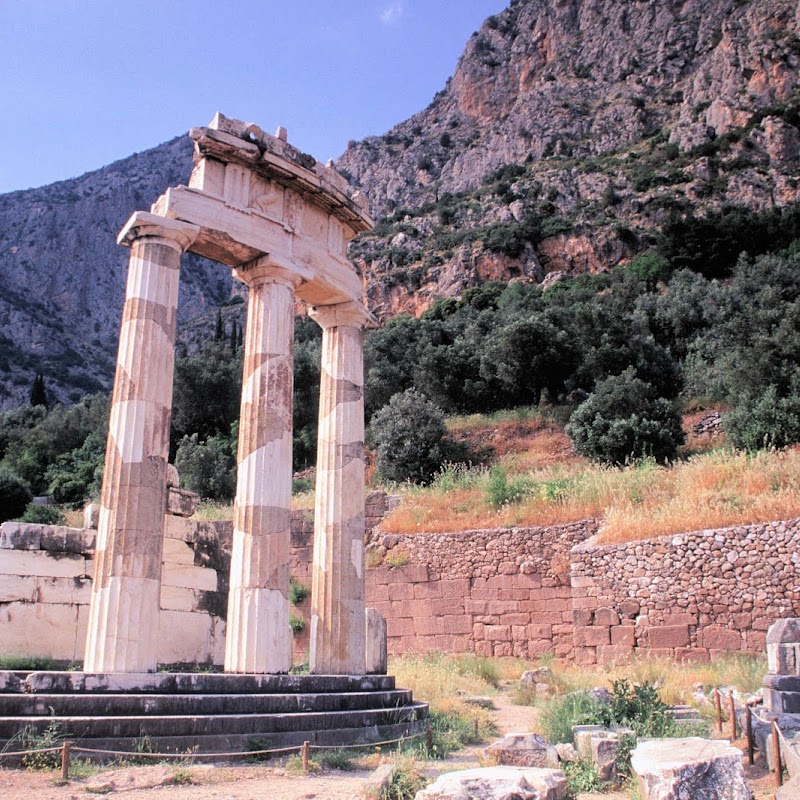 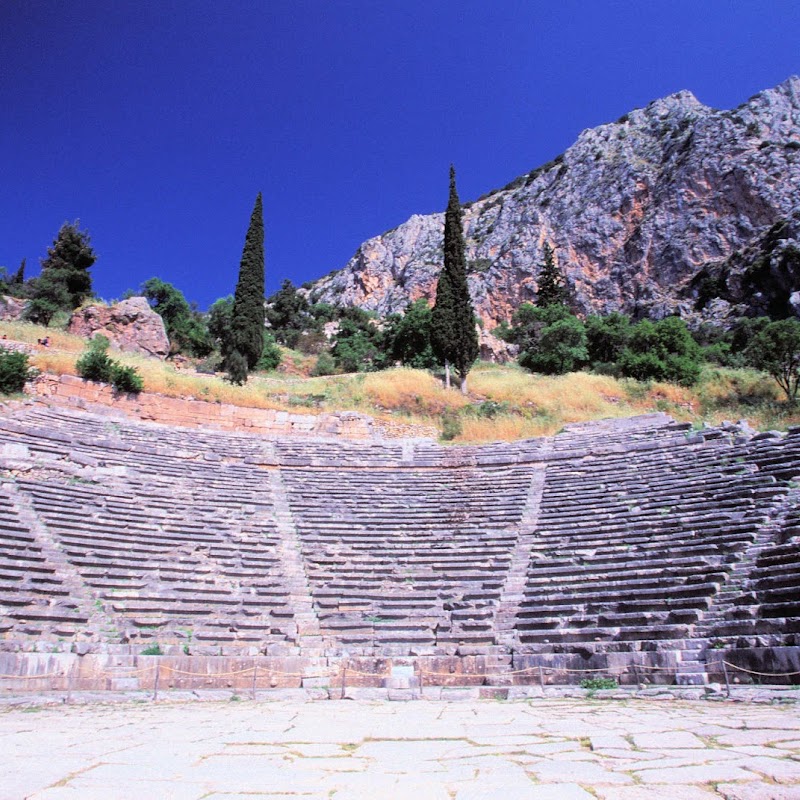 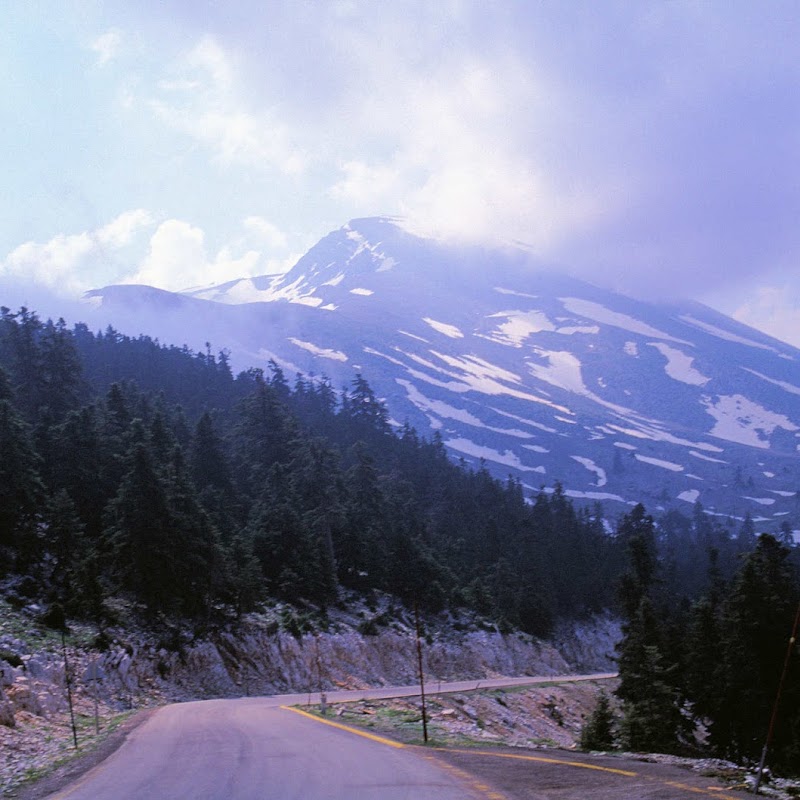