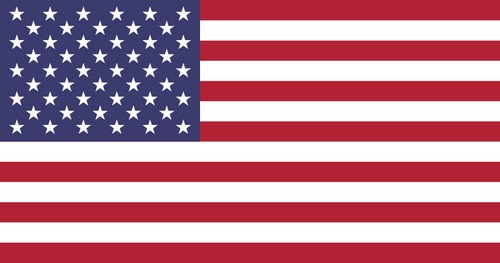 If future generations are to remember us with gratitude rather than contempt, we must leave them something more than the miracles of technology. We must leave them a glimpse of the world as it was in the beginning, not just after we got through with it.

In August and September 2002 Kas and I took our longest ever holiday together, driving a grand tour around the Southwestern United States starting from San Francisco and taking in the Sierra Nevada mountains, the Mojave Desert, Southern Utah, Northern Arizona and the California Coast. Here are our adventures.

The wind whips through the canyons of the American Southwest, and there is no one to hear it but us – a reminder of the 40,000 generations of thinking men and women who preceded us, about whom we know almost nothing, upon whom our civilization is based.

August 17, 2002
Ten hours of flying from Heathrow to San Francisco and it was still only mid afternoon. Oh yes, jet lag !

August 18, 2002
Isn’t the weather in San Francisco bizarre ? It’s 60F and this is a mini heatwave, apparently. We were warmer at home.

August 19, 2002
Alcatraz, one of the most infamous prisons ever built, and the setting for many a good film staring Clint Eastwood and Tyne Daly.

August 20, 2002
Get your motor runnin', head out on the highway. Looking for adventure In whatever comes our way.

August 21, 2002
After a number of days of relative inactivity by our standards, the first excursion of the morning just had to include some walking. Up the side of a mountain.

August 22, 2002
Time to cross the divide and get down onto the other side of the Sierra Nevada, a trip which is very difficult in the winter.

August 23, 2002
Nothing prepares you for the heat of Death Valley National Park in August.  You could use a few old clichés to try to paint the picture, but basically, it’s hot.

August 24, 2002
We had it in our minds that we'd stay in Las Vegas.  We hadn’t booked anywhere to stay, and hadn’t tried to book anywhere, so it was going to be an adventure.

August 25, 2002
Hoover Dam was just a couple of miles away.  The new visitor centre cost more dollars than the original dam, apparently.  That’s inflation for you.

August 26, 2002
A day in Zion National Park looked like it was going to be fairly strenuous and action packed, so what better way to start off than with a substantial breakfast.

August 27, 2002
You can’t really get a feel for Bryce Amphitheatre if you stay on the rim, so we decided that one or two of the loop trails below the rim were necessary.

August 28, 2002
Capitol Reef was about the most lonely place we visited.  It is a very long, thin area of land which follows a geological feature called the Waterpocket Fold.

August 29, 2002
This morning started off as a complete disaster for us.  Overnight, Mexican Hat had been hit by a power cut as a result of the thunderstorm the night before.

August 30, 2002
Over breakfast we were debating most was whether to take some sort of flight over the canyon. We decided to go for it.

August 31, 2002
We wanted a walk along the rim of Grand Canyon, so we parked up in a big lot in what looked like an old railway yard, and found our way to the bus stop going to Hermit’s Rest.

September 1, 2002
It's a long drive east along I-40 to Holbrook to visit the Petrified Forest National Park   There isn’t much to look at in that direction.

September 2, 2002
We set ourselves the target of getting to Joshua Tree National Park from Holbrook in a day, which meant we had to cross all of Arizona and half of California.

September 3, 2002
A Rangers at the Park Headquarters told us that we should leave the park in mid afternoon and return in early evening, because the afternoon temperature would be too hot to bear.

September 4, 2002
A new day dawned, and another whole day in Joshua Tree was in the offing.  We began with the customary free breakfast at the Best Western.

September 5, 2002
This morning we suddenly got very conscious of the fact that we had just three nights left, and that we had to get all the way from the south-east side of Los Angeles to San Francisco.

September 6, 2002
The breakfast at the Bella Maggiore was extremely good, so we left in a good mood and with full stomachs.  We hadn’t really decided where to go or what to do on this day, so the whole thing was a bit hit-and-miss.

September 7, 2002
Our final full day in the USA, and we decided that it would be a good day for doing as little as possible, so we just planned to look around Monterey and do lots of eating, drinking and relaxing.

September 8, 2002
And so came the day that comes at the end of all good holidays – the one where you have most of a day to kill before your flight home, and no particular enthusiasm for doing anything.