The Gardners » Holland 2014 » The Grevelingenmeer

No, it’s not a disease, it’s a place. The Grevelingenmeer is the lake that was created behind the Brouwersdam as part of the Deltaworks project in the 70s and 80s. It is now a fairly substantial lake used mainly as a wildlife habitat and for water sports. It’s one of the estuaries that was closed off from the tides and so now has a constant water level and very little water flow. It also happens to be the lake that Center Parcs Port Zelande is built on, and they have a nice little tourist attraction of a moderately sized boat that does short tours of the lake from the marina. We decided this would be a worthy way of passing a couple of hours so had pre-purchased tickets the day before for a sailing at 10am. 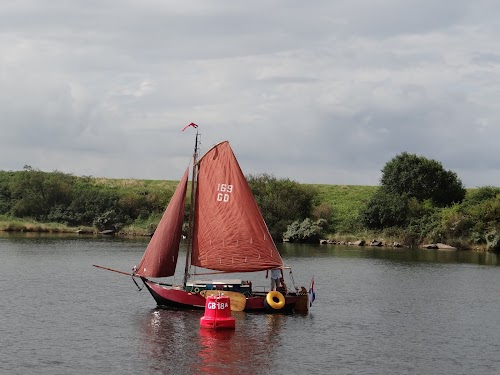 10am at the boat meant we needed a fairly early start on what was a sunny but quite cool morning. We arrived in reasonable time but then had a major scare as I realised I’d left the tickets for the boat trip in the car, away over the far side of the car park somewhere. Thankfully, though, I had my car keys in my bag so at least I didn’t have to run back to the chalet to fetch those. I still had to run out to the car and back to get the tickets though.

As it turned out, as is ever the case, the boat didn’t leave at the advertised time, so I stood around panting and sweating a bit before getting on the boat, wondering why I’d run so quickly. Ho hum ! The other people who were waiting for the boat were giving me a funny look too.

The boat trip lasted around 90 minutes and essentially skirted the south coast of the lake along to Brouwershaven and back. I was somehow expecting it to go a bit further than that, but I guess it was a slowish boat. We were sitting up on the top deck and in comparison to the previous few days it wasn’t very warm. Like numpties we’d all failed to dress ourselves appropriately for a trip on the lake, so I think we were all a bit on the cold side. 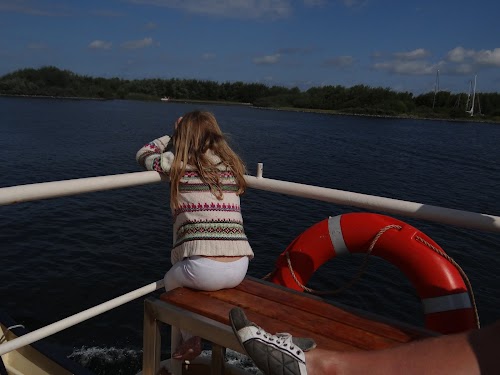 As the boat trip was a whole 90 minutes there was ample time for the kids to demand some form of food and drink (even though we’d not long since had breakfast) so Kas grabbed some drinks, crisps and sweets from the small bar on the boat. This resulted in Kas and the kids missing a fair chunk of the trip out, but at least they were in the warm whilst they were doing it.

The boat trip was, as boat trips tend to be, fairly sedate. I think the kids enjoyed it, but there was a bit of soulful staring out over the water involved so it’s difficult to tell.

Maybe they were just getting a mournful about having to set off for home the following day. I was starting to get that kind of a feeling. It normally starts for me about a week before we go home, so holidays of a week or less are terrible for me because I spend the whole time being sorry about having to leave. 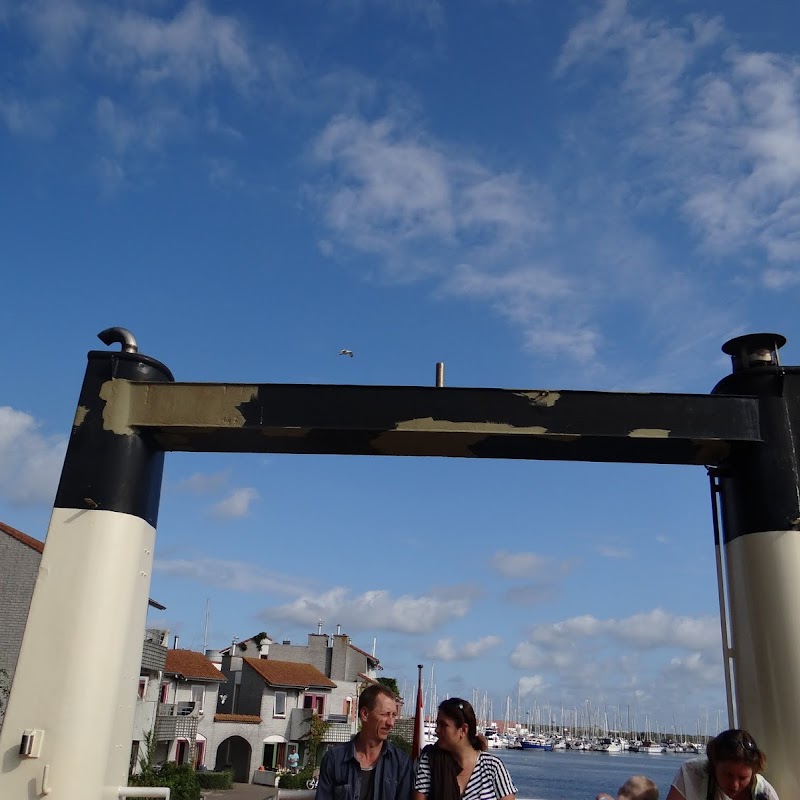 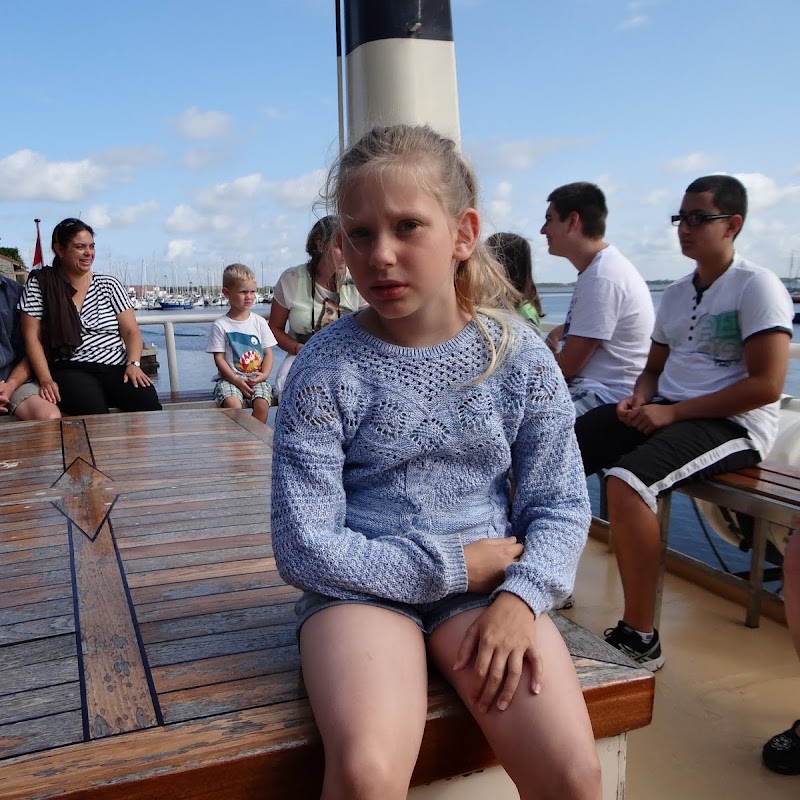 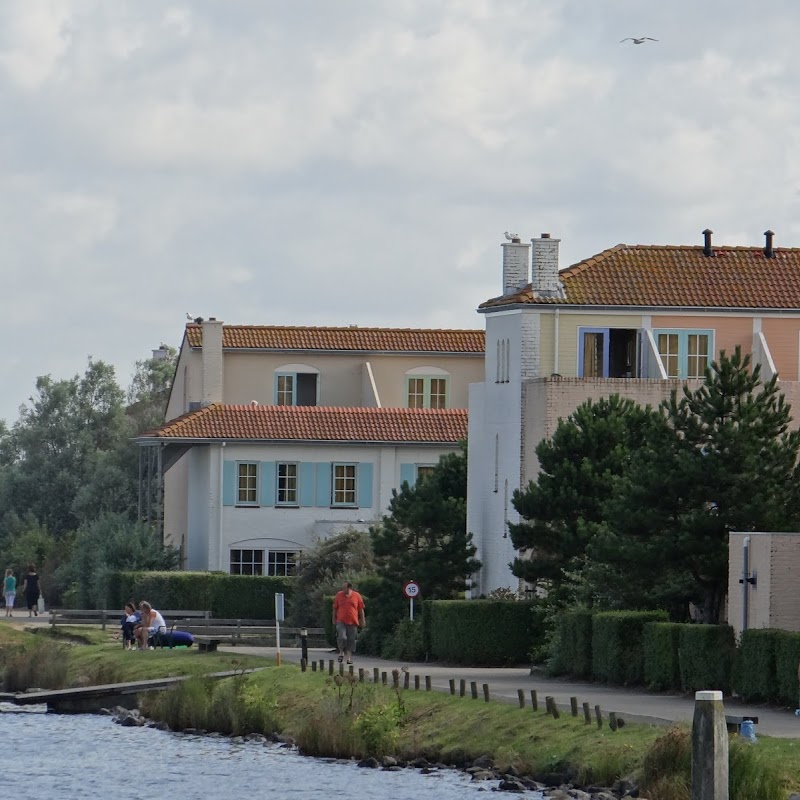 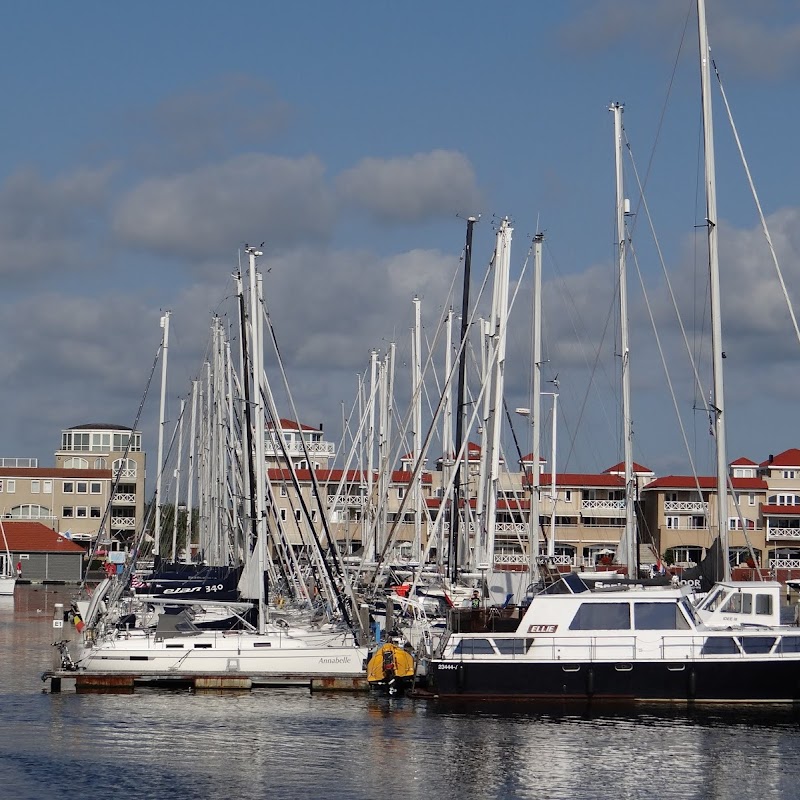 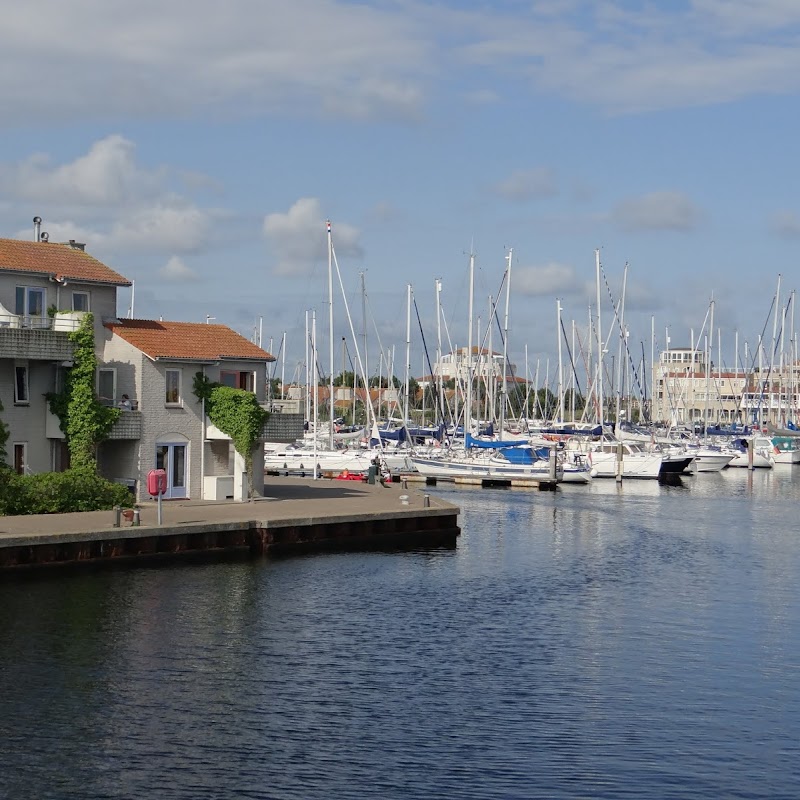 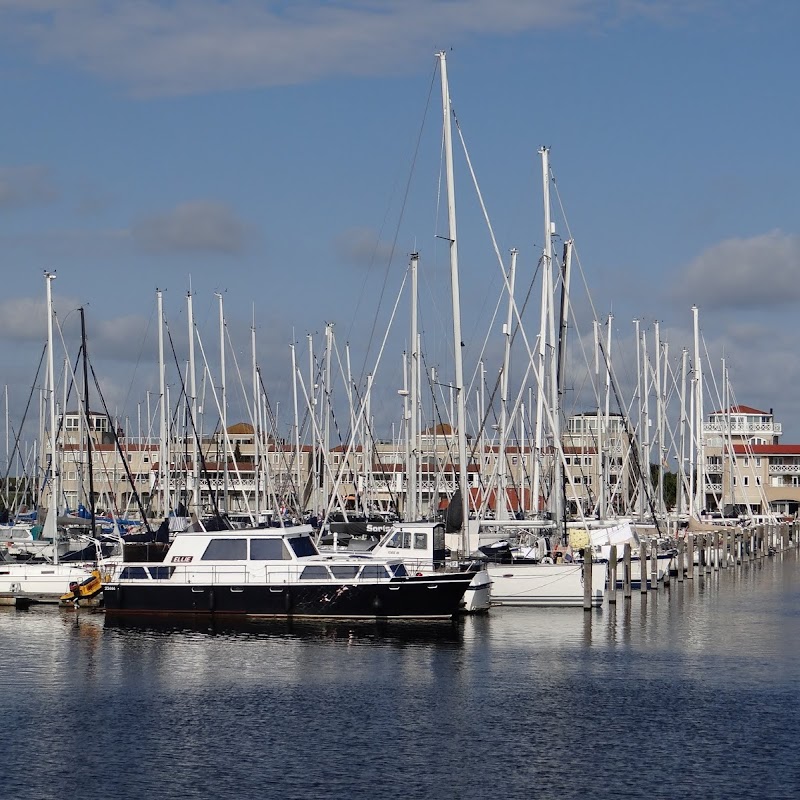 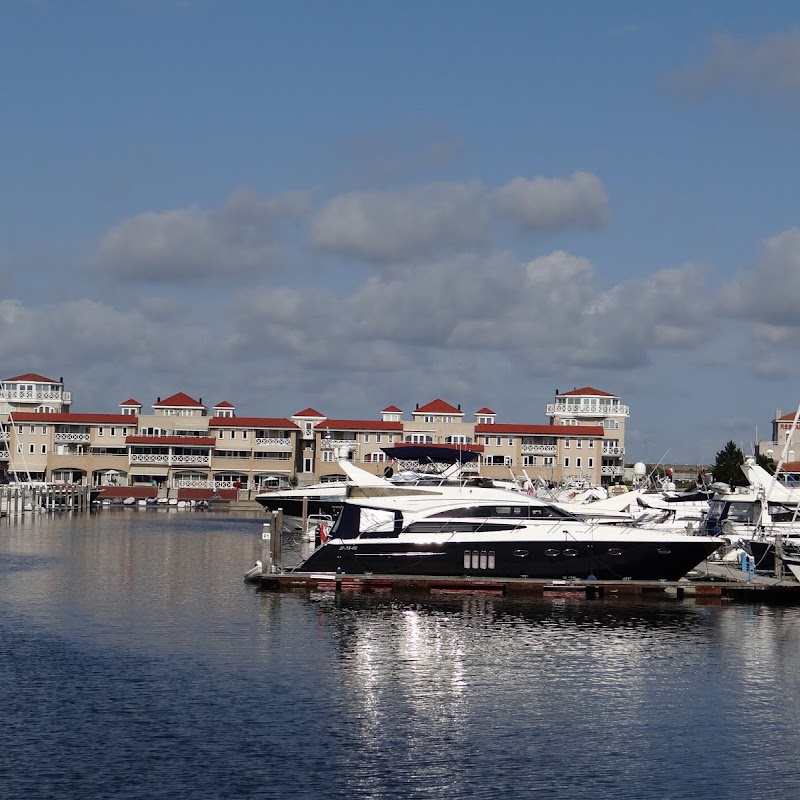 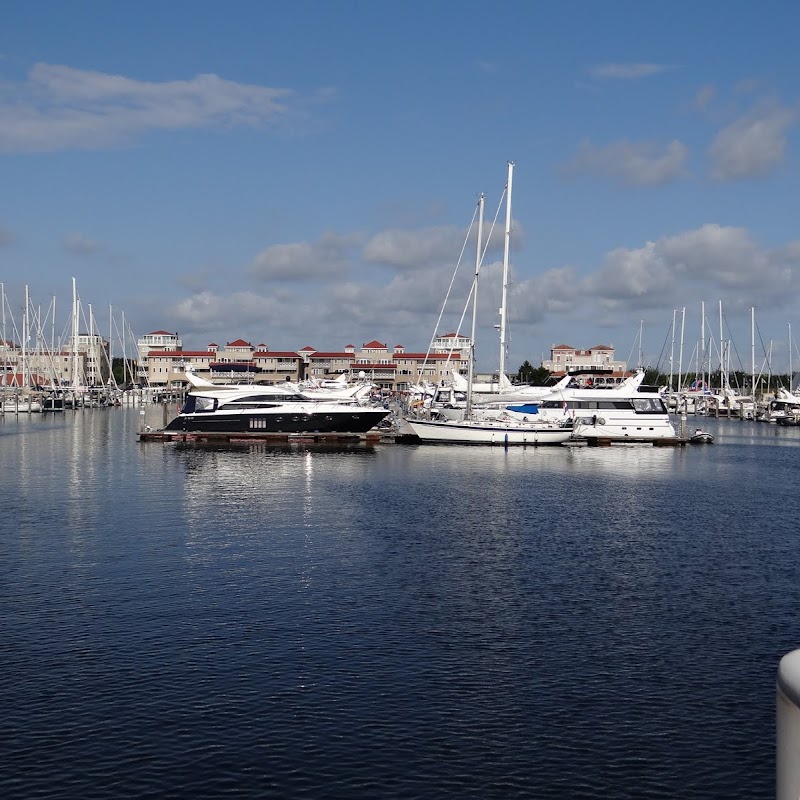 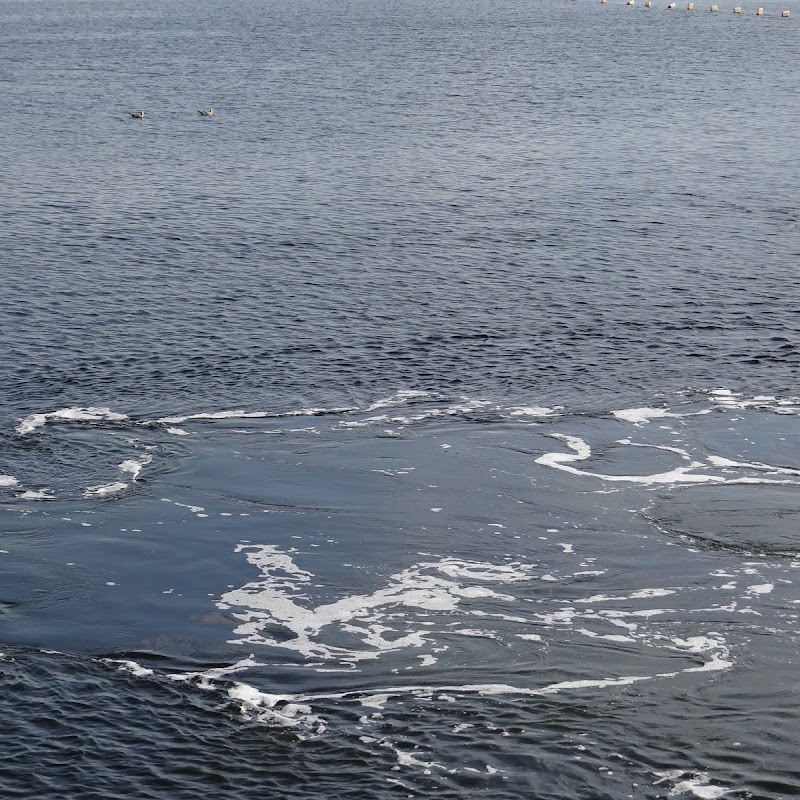 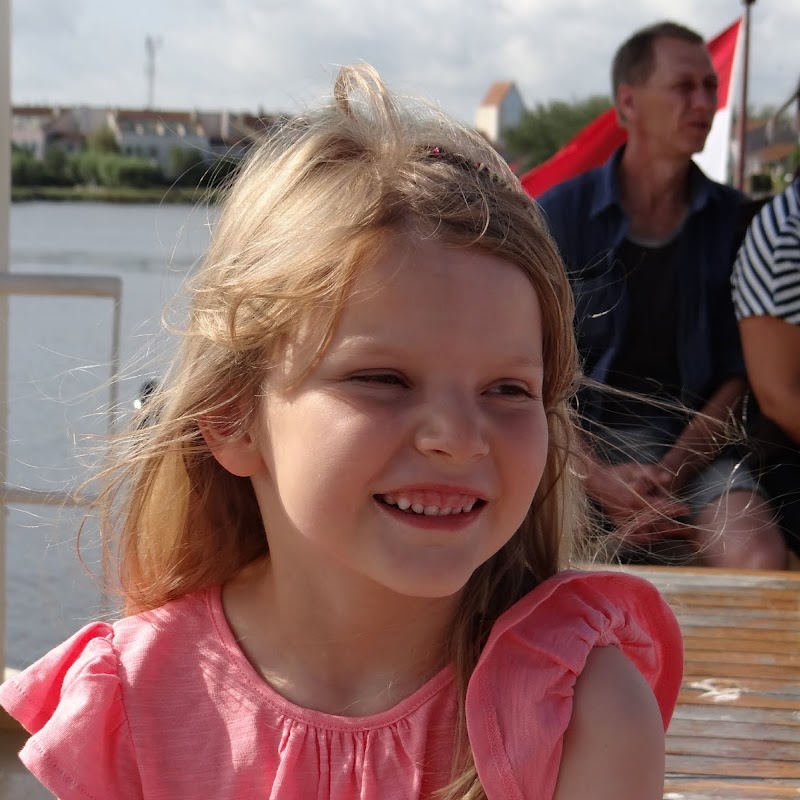 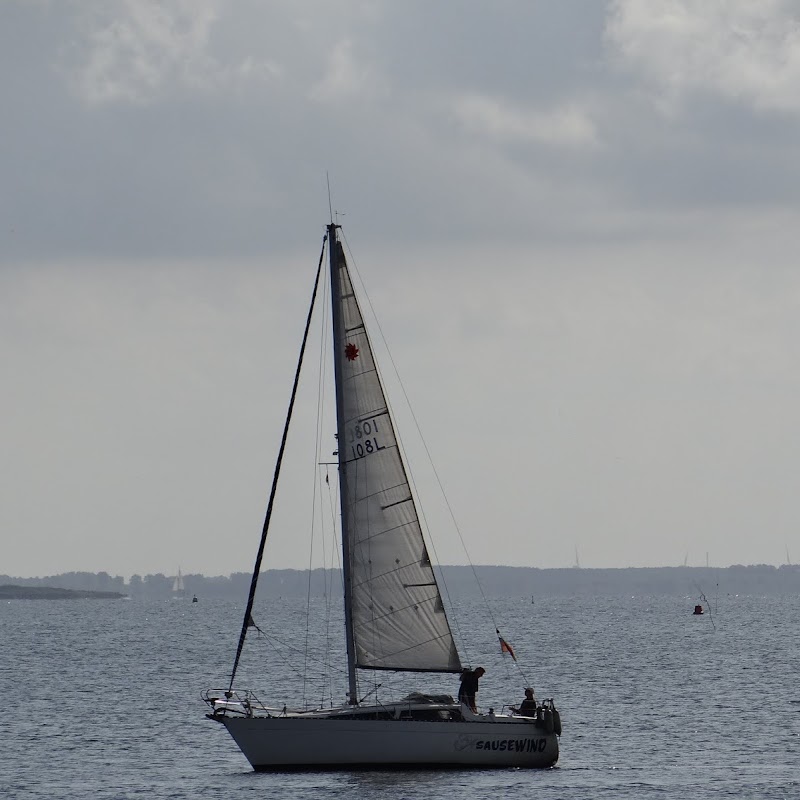 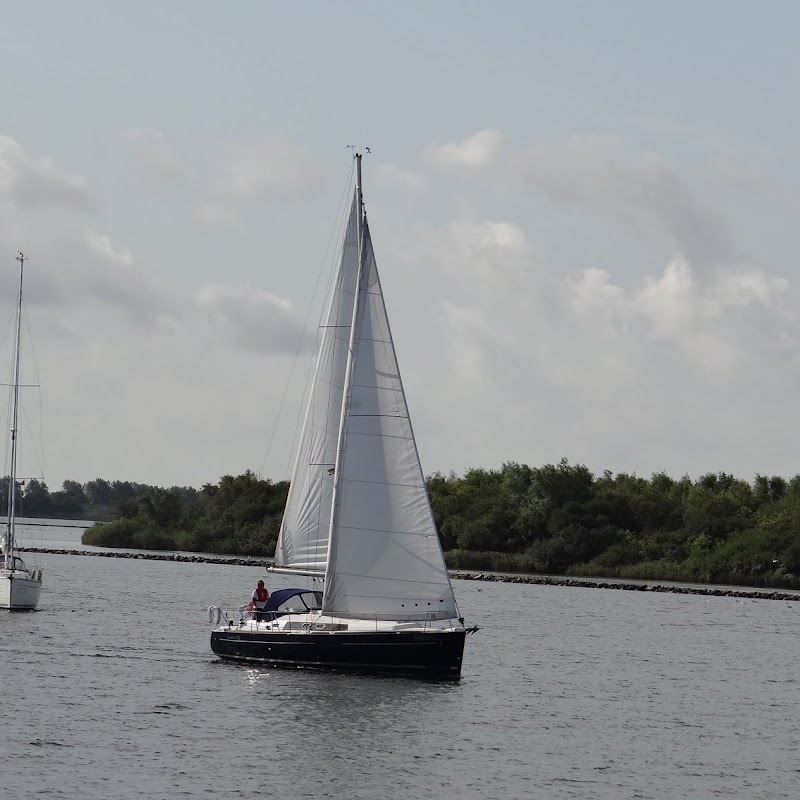 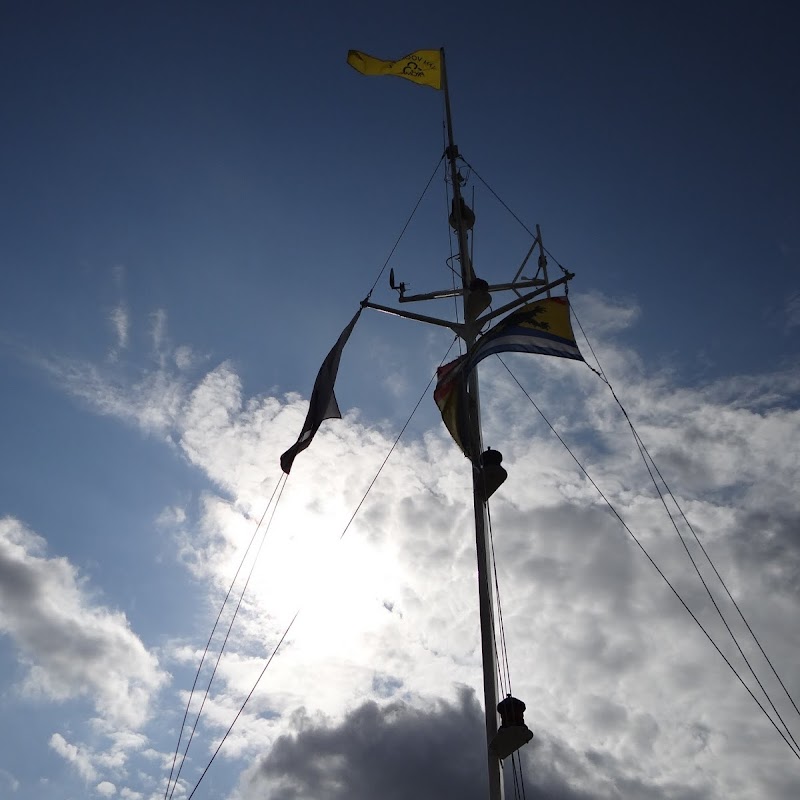 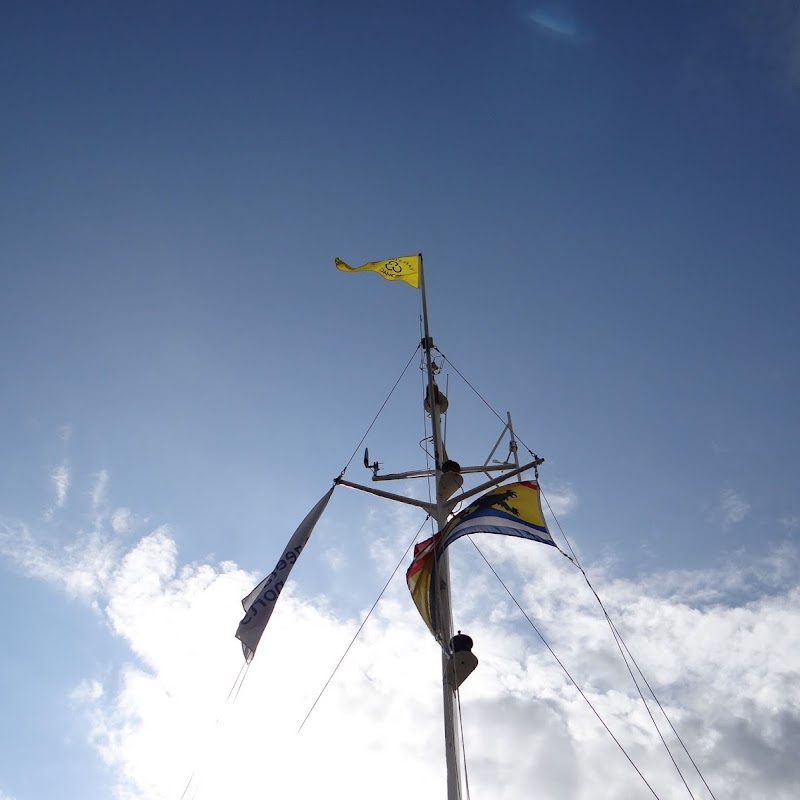 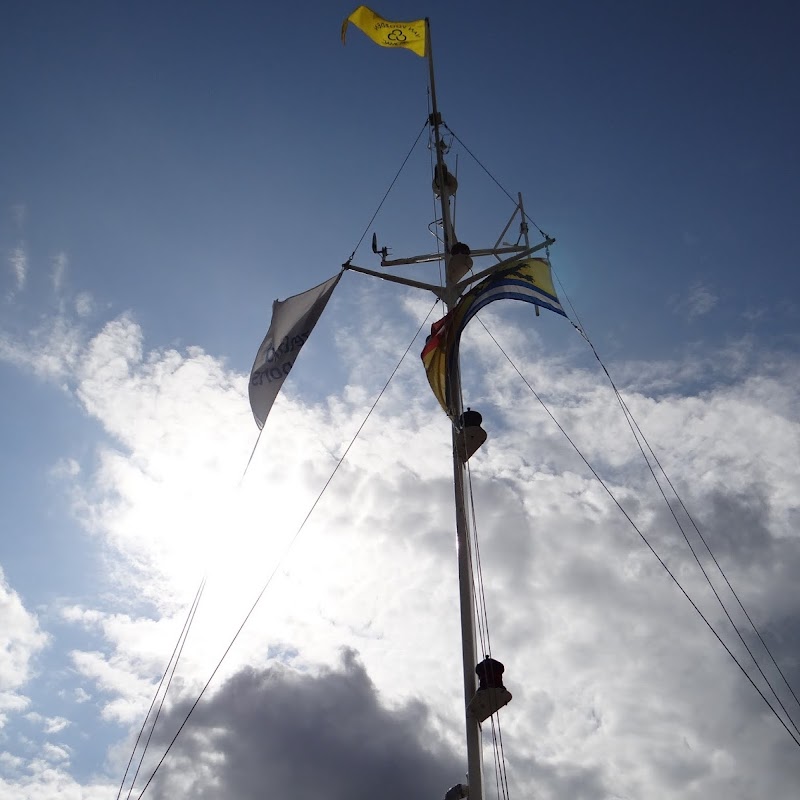 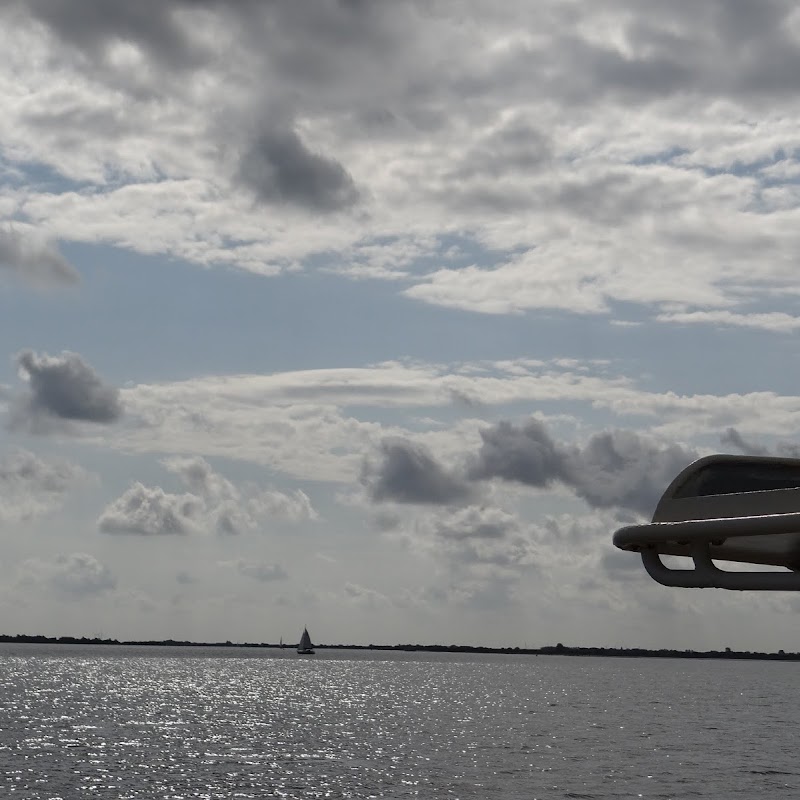 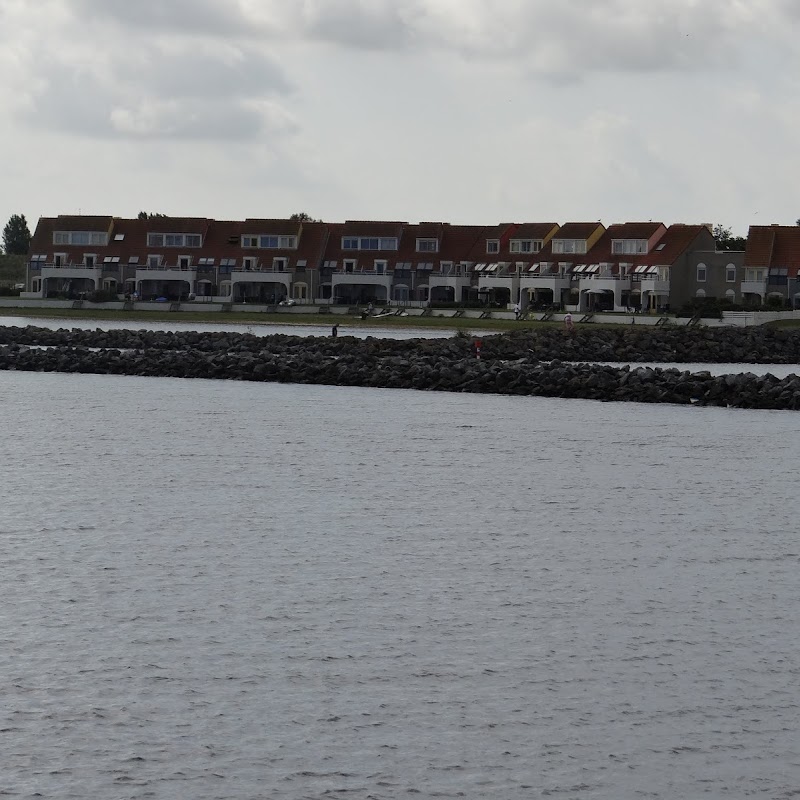 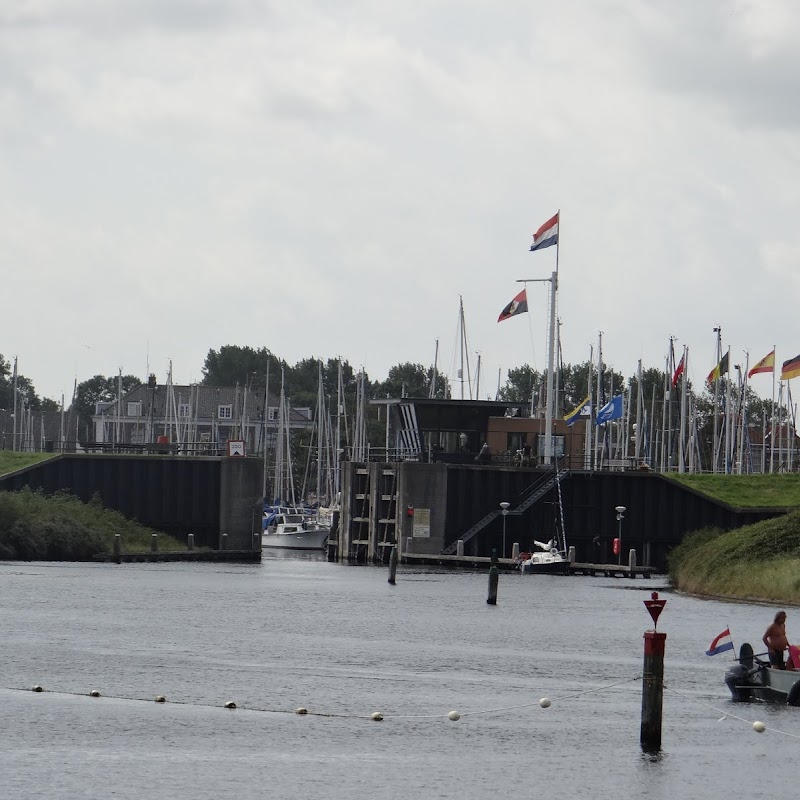 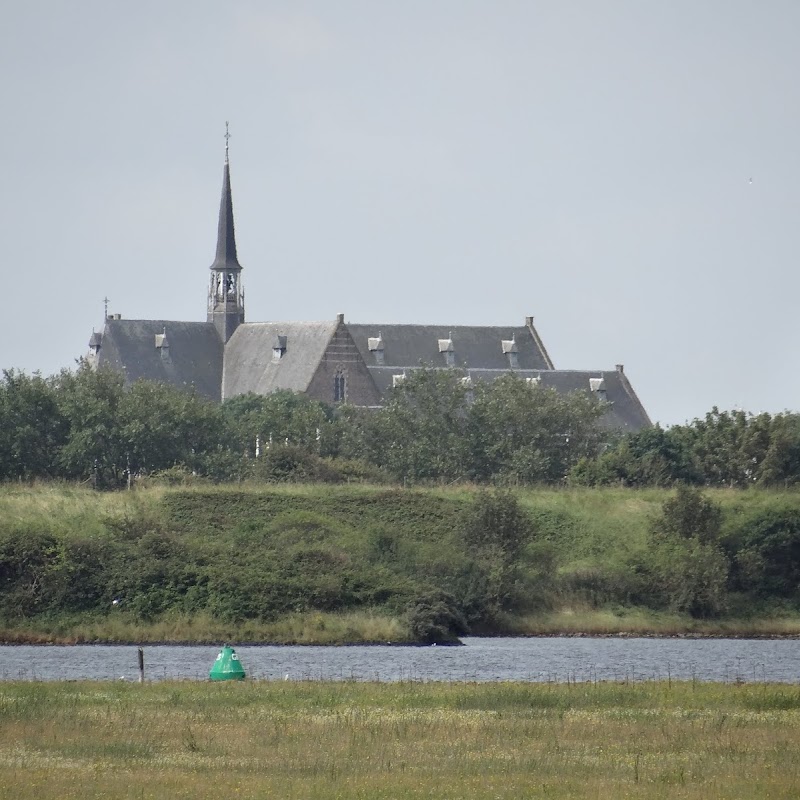 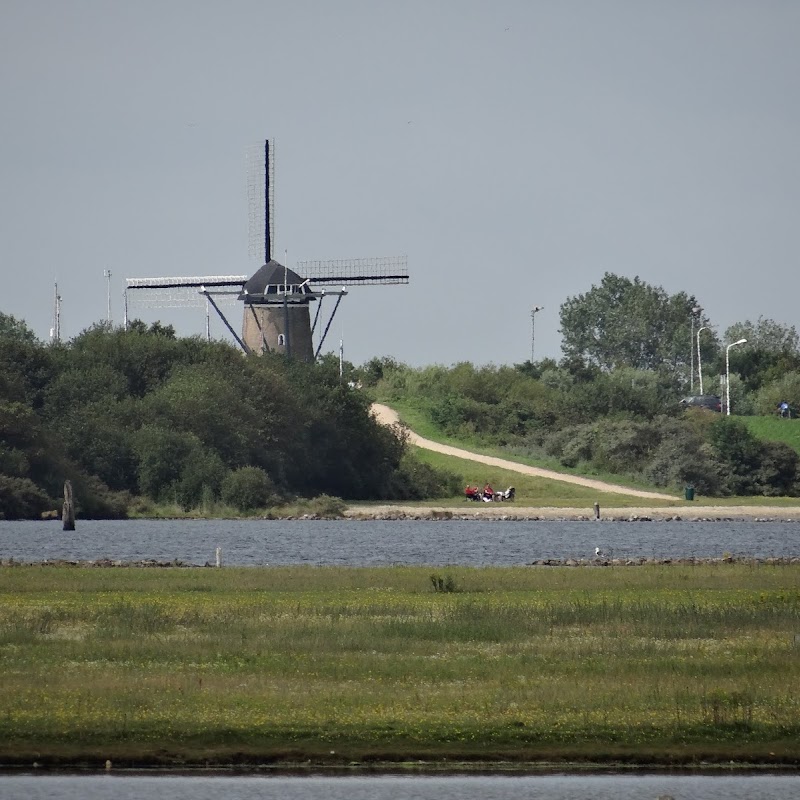 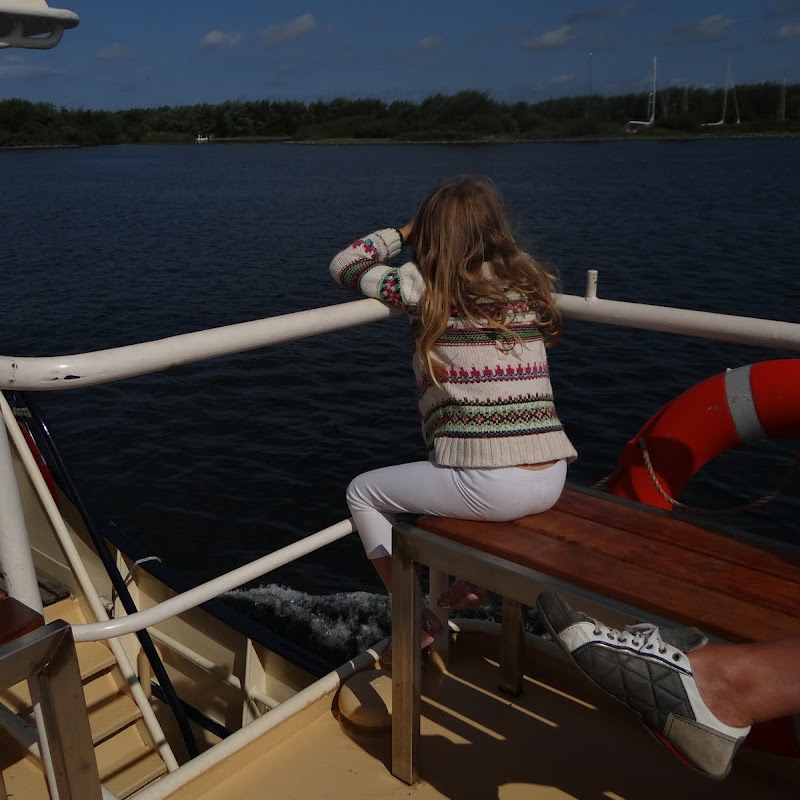 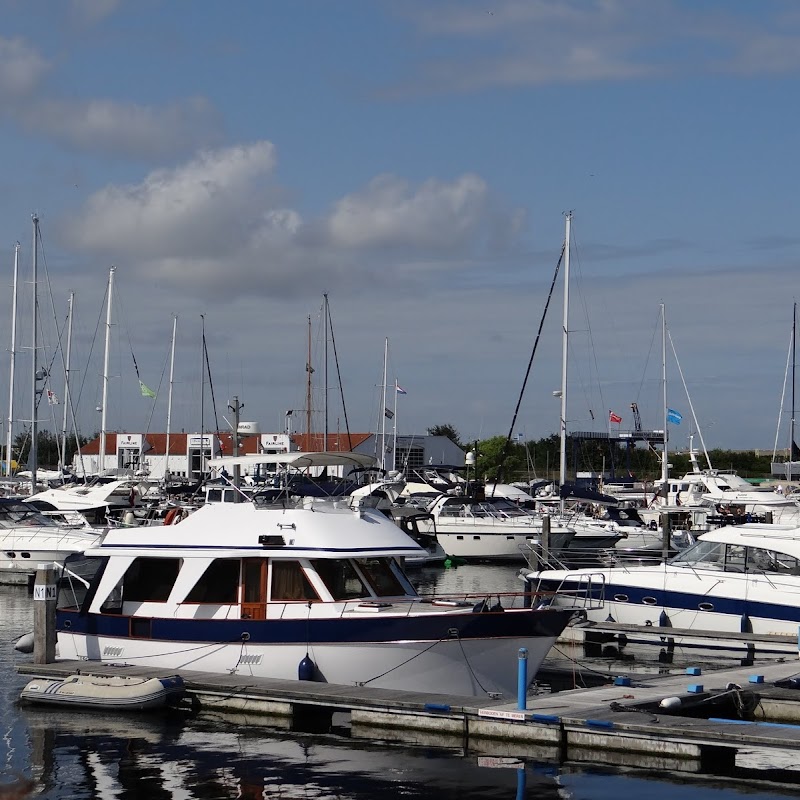 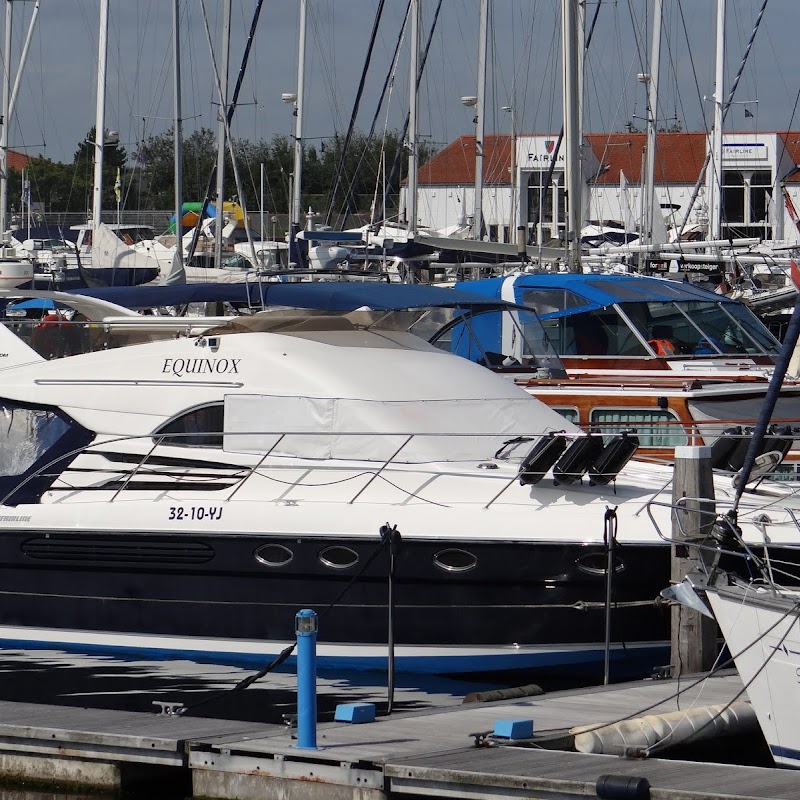 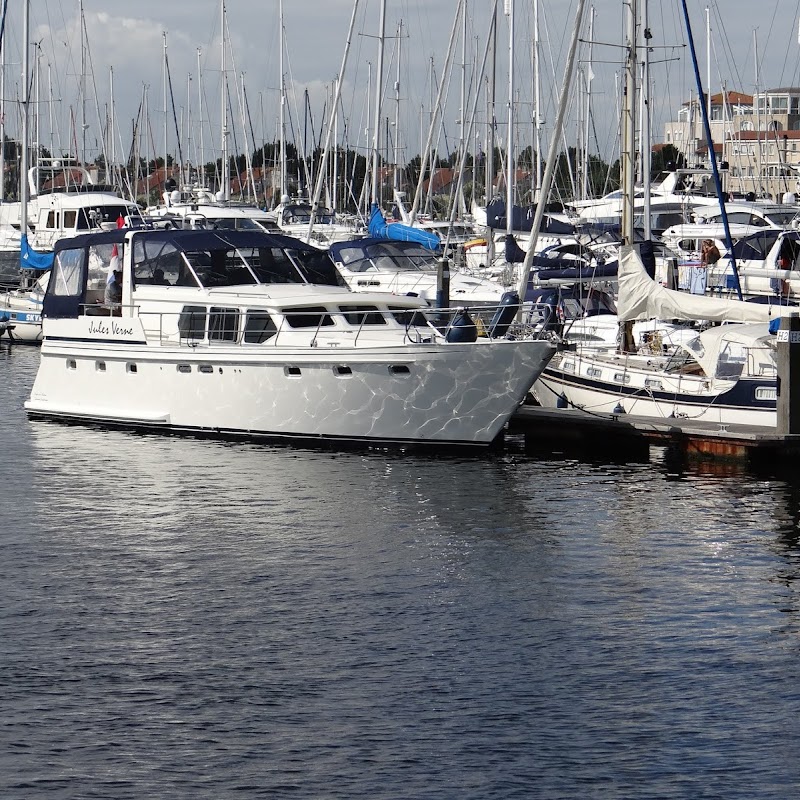 When the boat got home again we decided to scoot off to try to complete a couple of Earthcaches so that we were pushing forwards with our attempt to complete the Groundspeak “7 Souvenirs” challenge. So far we’d acquired 3 different souvenirs for 3 different caches types – a Traditional, a Multi and a Puzzle. An Earthcache would keep that ticking along nicely.

The Earthcaches we chose were over at Ouddorp Harbour. They were : 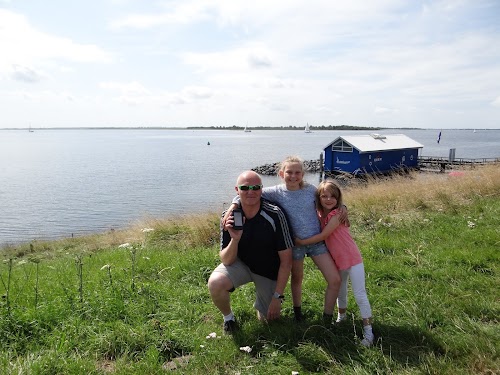 The first one was a bit of a duck-out job, to be honest. The description requires that you visit the island of Hompelvoet out in the lake, however this is a nature reserve and is not accessible during the months when birds are nesting, and as a result you can log the cache by taking a photo of yourself on the main shore with the island in the background. The nesting season runs pretty much all the way through the spring and summer. Hompelvoet is the just discernible line of trees in the middle of the lake behind us in the photo here. The photo is as close as we got. I was slightly disappointed that our boat trip hadn’t circled it, as that would have felt a bit more like “doing” the Earthcache properly, but hey ho !

The second of the two concerns a small sluice which used to be used for letting excess water out of the lake into the sea, and then latterly was considered as a way of allowing some brackish water into the lake, but at some point in the past it was blocked up, being no longer needed for either purpose.

What was quite disappointing was that although Ouddorp Harbour is a fairly substantial marina with many boats moored up there are absolutely no facilities apart from a yachting club that is only open for yachters who’ve bought a mooring licence, so what would have been a beautiful spot to stop for lunch was inaccessible to us. That made it a much shorter trip than it could have been. 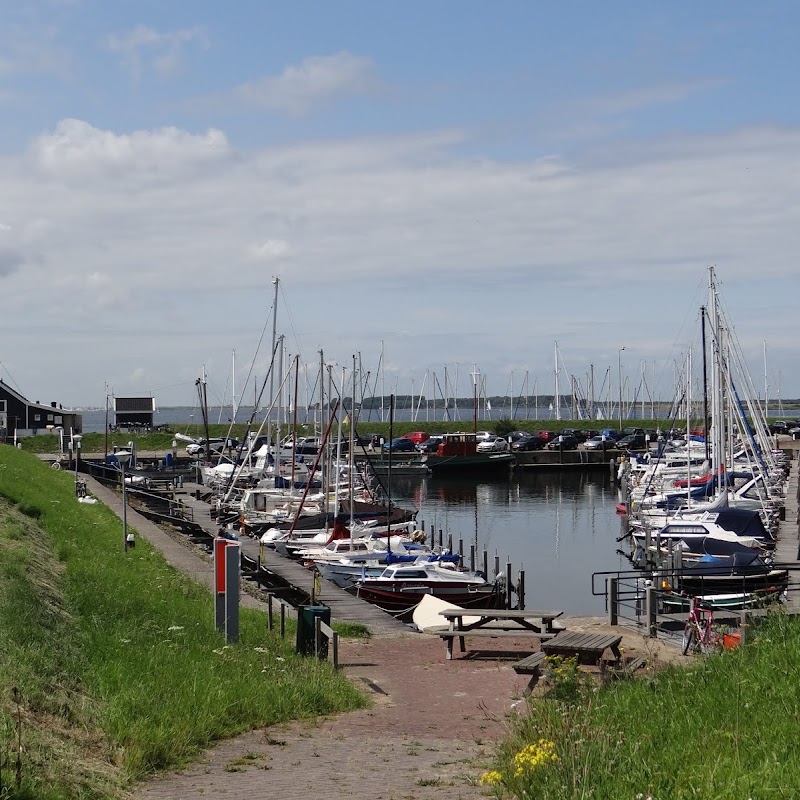 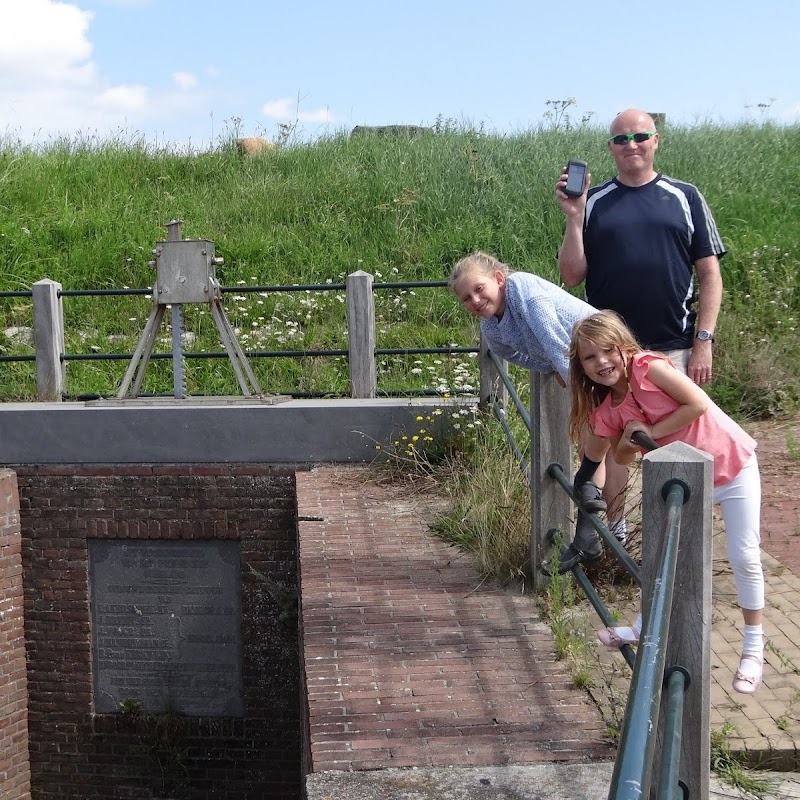 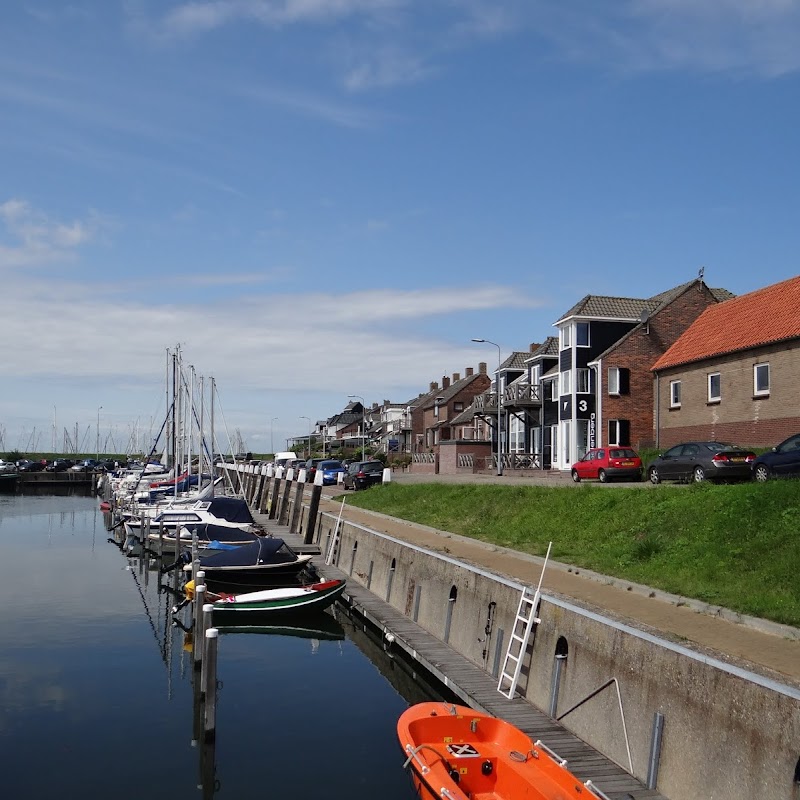 So we returned to Port Zelande and had a bit of lunch, a liquid lunch in my case, with some sandwiches and crisps and the like. After this we went back to the chalet and chilled for a while, contemplating our navels and starting to assemble a few things back into the suitcases. We had the great idea of packing all the clean stuff into the same suitcase so that the following day, when we were stopping over in Ghent, we’d only have to take one suitcase into the hotel rather than all of them.

We then had time for one last trip to the swimming pool. It turned out to be the longest trip of the whole holiday. Izzy suddenly discovered some water wings, so something, and as well as our usual amount of plodging in the shallow pool she also got brave enough to go for several trips around the outdoor water slide. Actually, we all did, and I was quite enjoying it too. Funny thing, that. I normally hate swimming, but somehow on this afternoon it seemed like an excellent way to spend a couple of hours.

They don’t take reservations at the Pizza joint in Port Zelande so we got ourselves cleaned up and wandered off back to there early in the evening. It was fairly busy but not enough to stop us from getting a table straight away.

On the way back to our chalet on our final night at Port Zelande we somehow got into a jokey session of pig latin, the nett result of which is that the kids now refer to me as “Buttus Maximus”

Once we got back the evening sort of died a death. We got the kids to cram a few things into their bags and then Kas and I did a bit more of that so that the cases were ready all bar the stuff we needed overnight, and then we went to bed pretty early. We had a busy day in store for the following day and Port Zelande wanted us totally out of the way by 10am.