The day began with the now traditional act of Kas going for a run, although in this instance she went for 3 runs, once on her own, then once with Ami and then once with Izzy. Far too much running. While they were doing this I mooched over to the ticket office to check out times for the boat on the lake and also made a couple of phone calls to the nearby Tram Museum. The conclusion was that the boat ride was something for the following day, as they only had one available and it was at a time we’d never make, what with all that running going on. See the Grevelingenmeer post to read about it.

On the subject of phoning the Tram Museum, whilst I have to admit I had some difficulty establishing what the opening times were, because the guy on the phone (rarely for a Dutch person) didn’t speak a lot of English and I speak virtually no Dutch, the level of service was very good. Initially he made a mistake on the tram times for the day, but rather than leave it he actually phoned my number back and apologised for having fed me a bum line. It didn’t really matter because we were going anyway, but it was a nice touch.

The Tram Museum itself was one of those very rare things these days, a haven for dedicated enthusiasts rather than a big commercial operation. The giveaway signs were little things like the fact that the cafe consisted of an urn and some sachets of coffee, and there was a fairly oily looking bloke wandering around the main room playing with the world’s largest train set (or tram set in this case). But it was all the better for this because it was friendly and very personable. You could engage the people in discussion on a subject that they were obviously totally obsessed with and you could see the effort that they’d put into restoring and maintaining the various vehicles they’d managed to acquire. If you were a train or tram freak you could spend every waking hour there.

As it happens though, I found it interesting but not obsession-forming, and nor did the girls, so we had a bit of a wander around for 90 minutes or so before our scheduled tram ride, during which we learned some history behind the Rotterdam Tram Company and the “island lines” and during which the kids had much fun exploring some of the restored carriages, especially the travelling bedroom one. 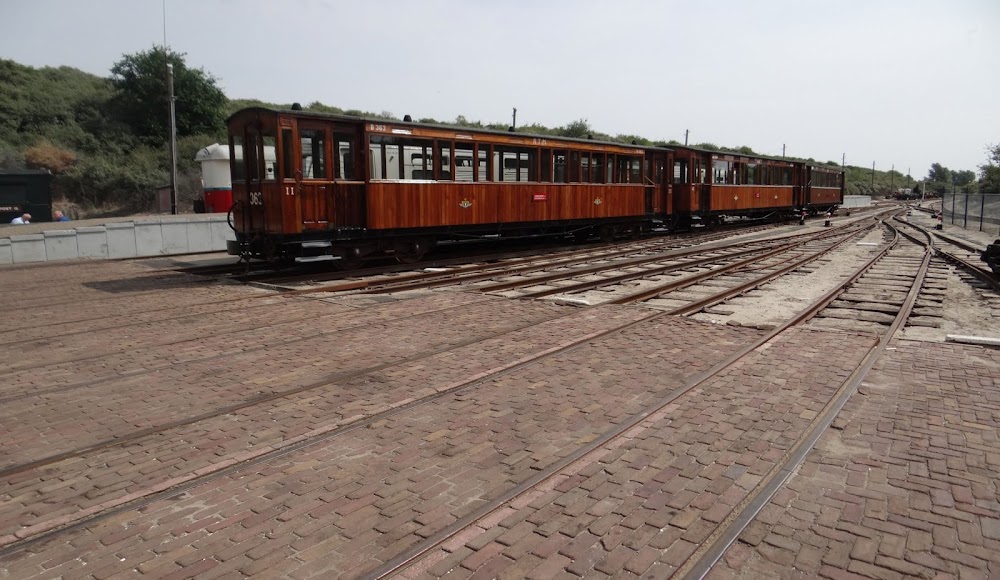 Our scheduled ride was on a fairly modern (say 1950s/1960s) tram that was all sleek stream lining. The streamlining wasn’t strictly necessary as it was pretty slow, but it was a pleasant ride all the way along the Brouwersdam past Port Zelande and up to the southern end. The map here shows that the tram goes onto the island, does a loop, and comes back again. In reality it makes an abrupt stop at a dead end station, whereupon we all had to get off for 5 minutes while some shuffling around of locomotive devices took place, and then we all got back on again in a slightly different formation.

I had a bit of caching planned for the afternoon so I suggested that we gain a half hour by the girls getting off the tram at the Port Zelande stop rather than riding over to the museum and me driving them back again. So they left me in mid-tram and I continued on my own back to the car park. So far so good, quite a pleasant morning. 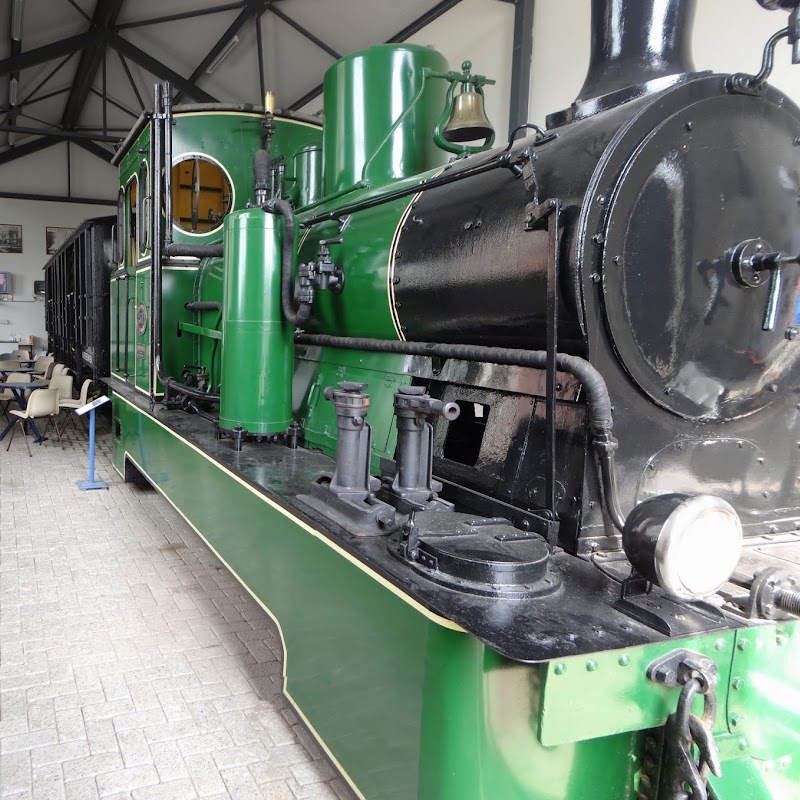 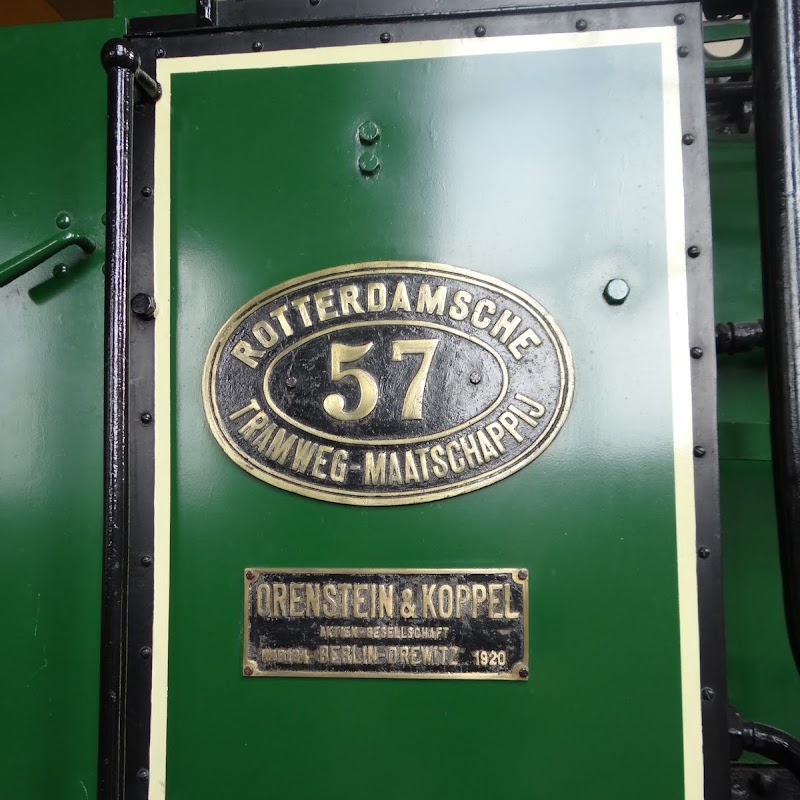 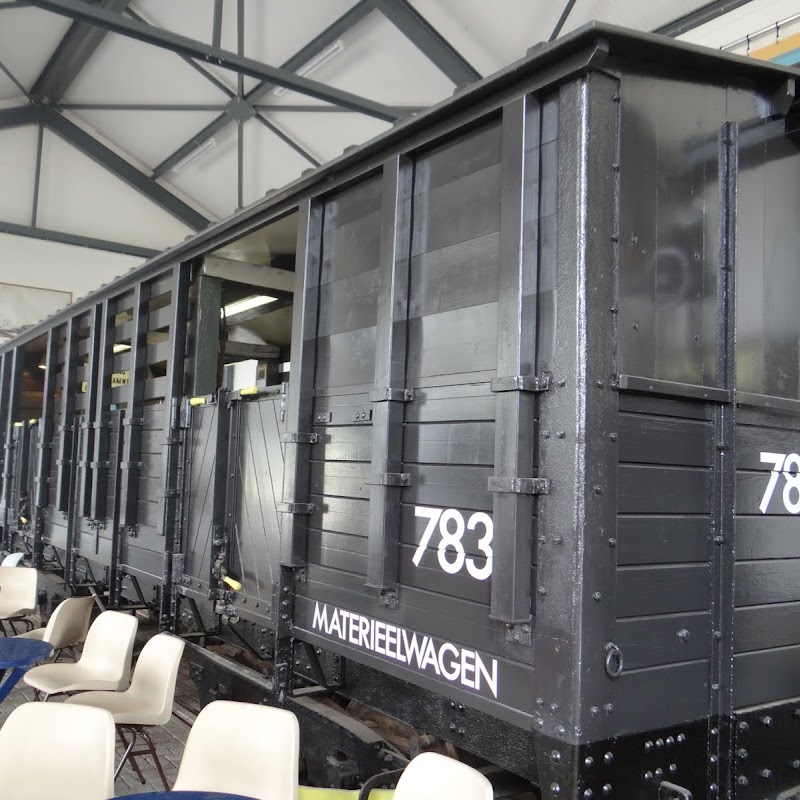 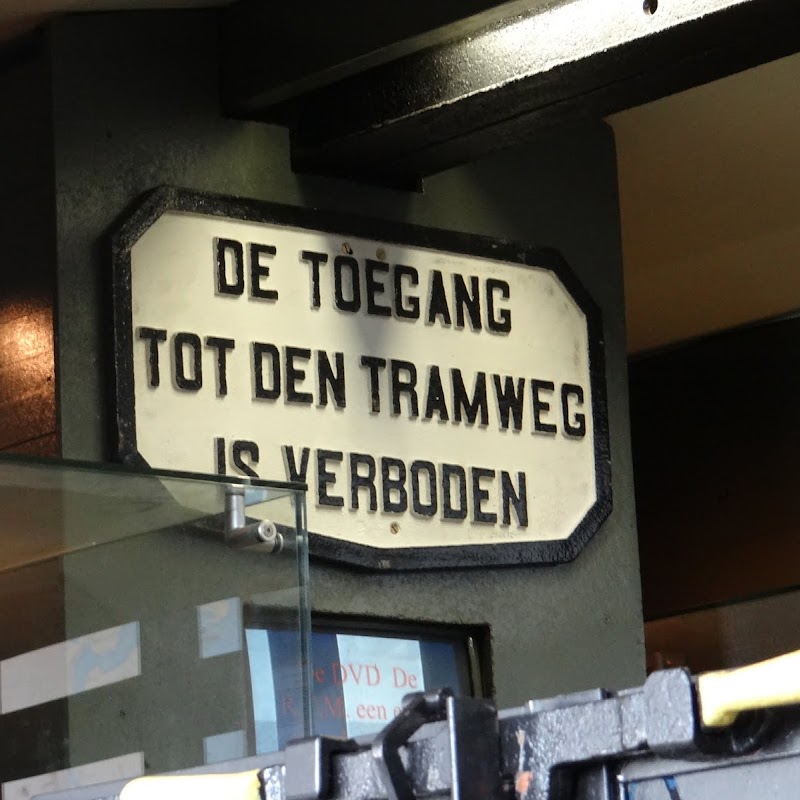 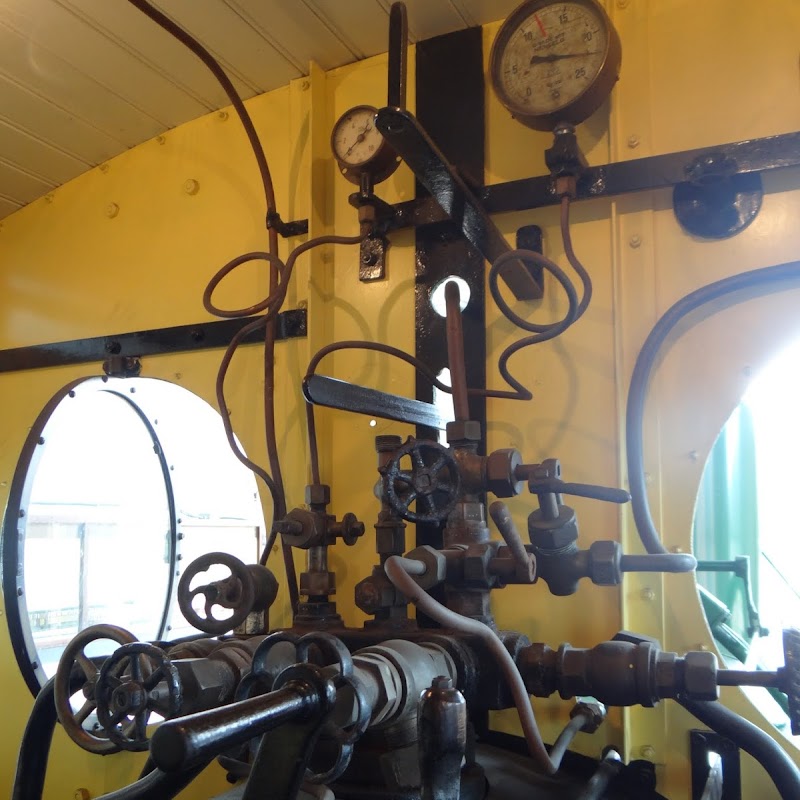 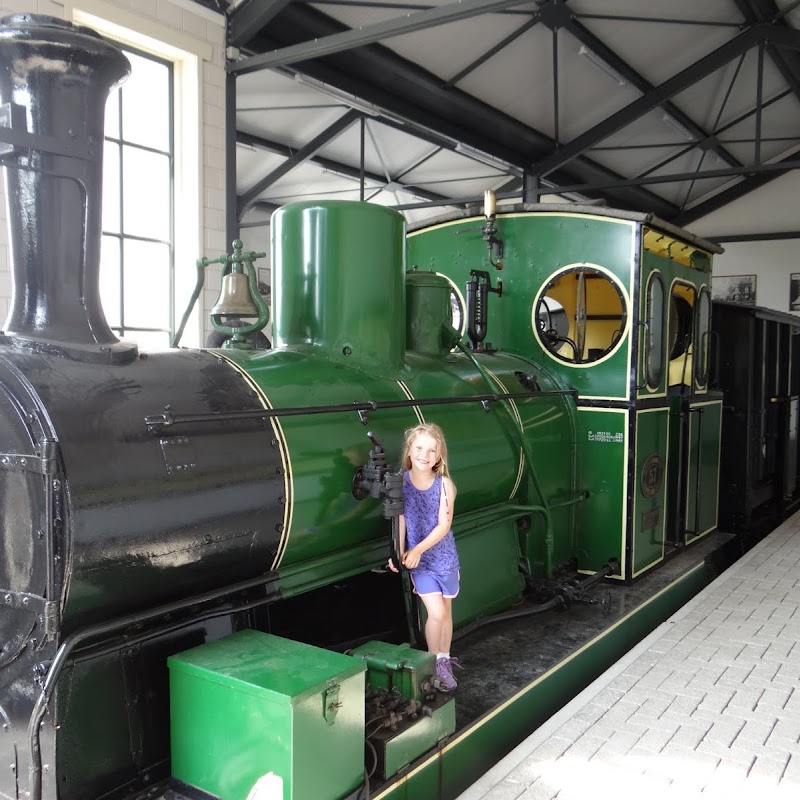 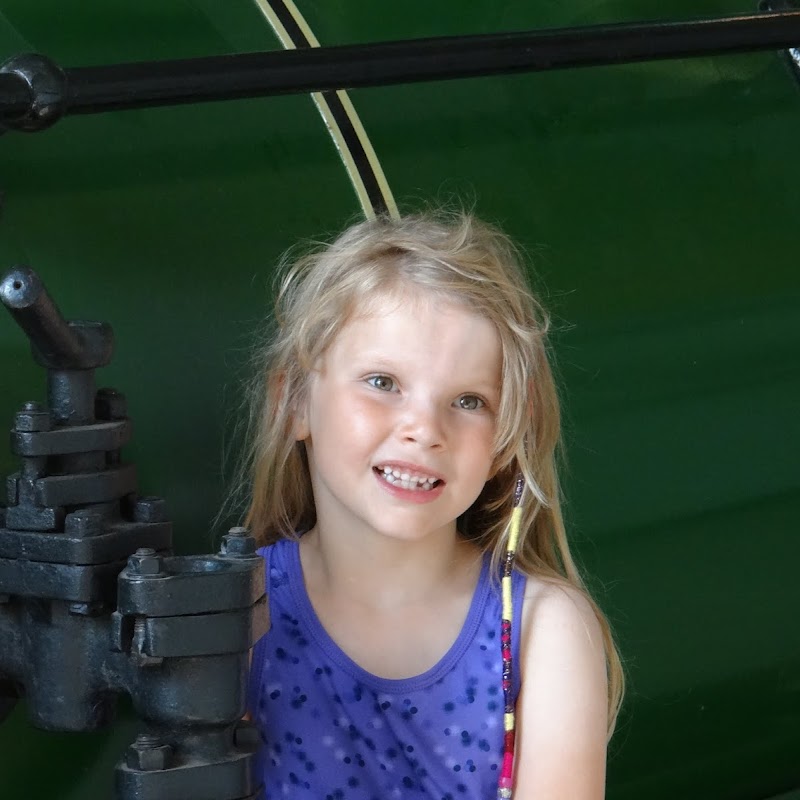 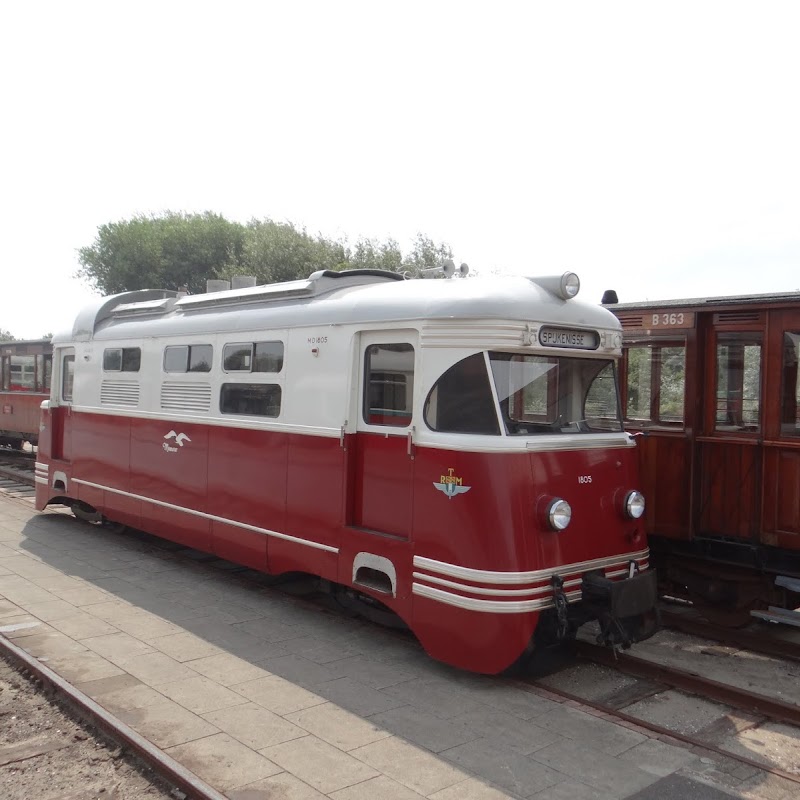 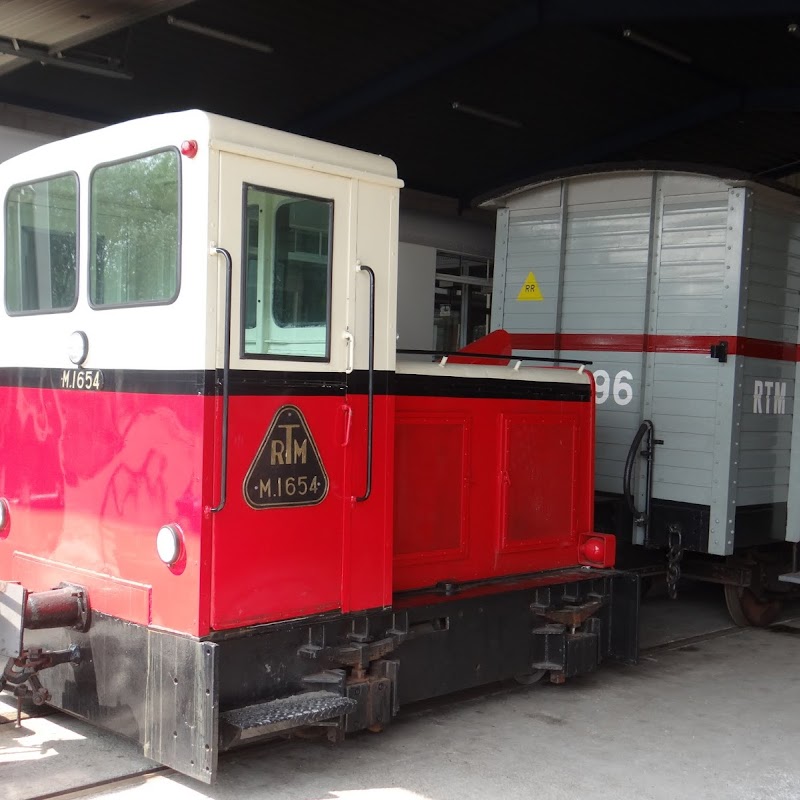 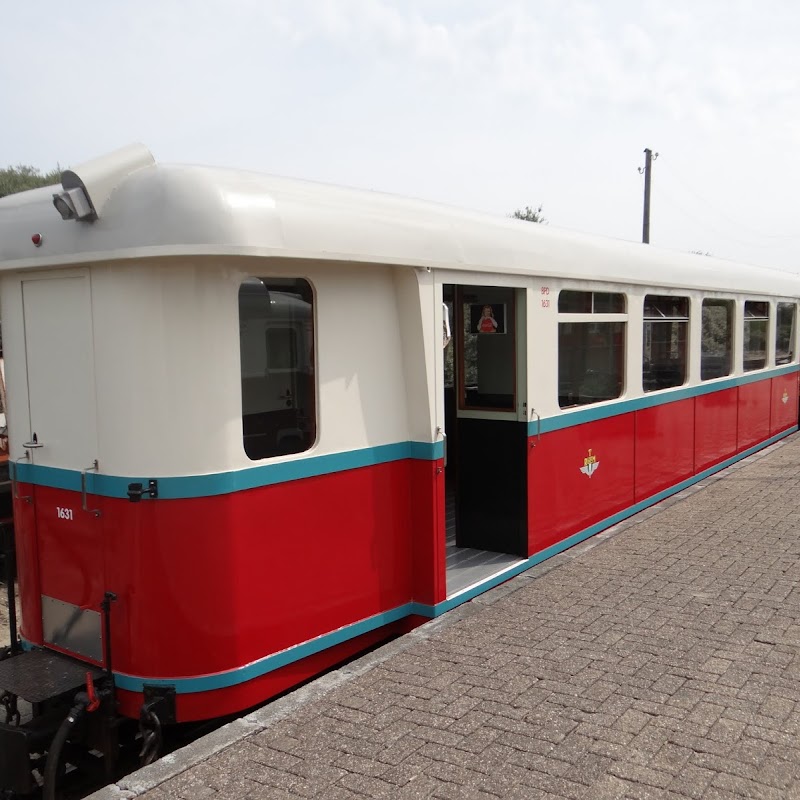 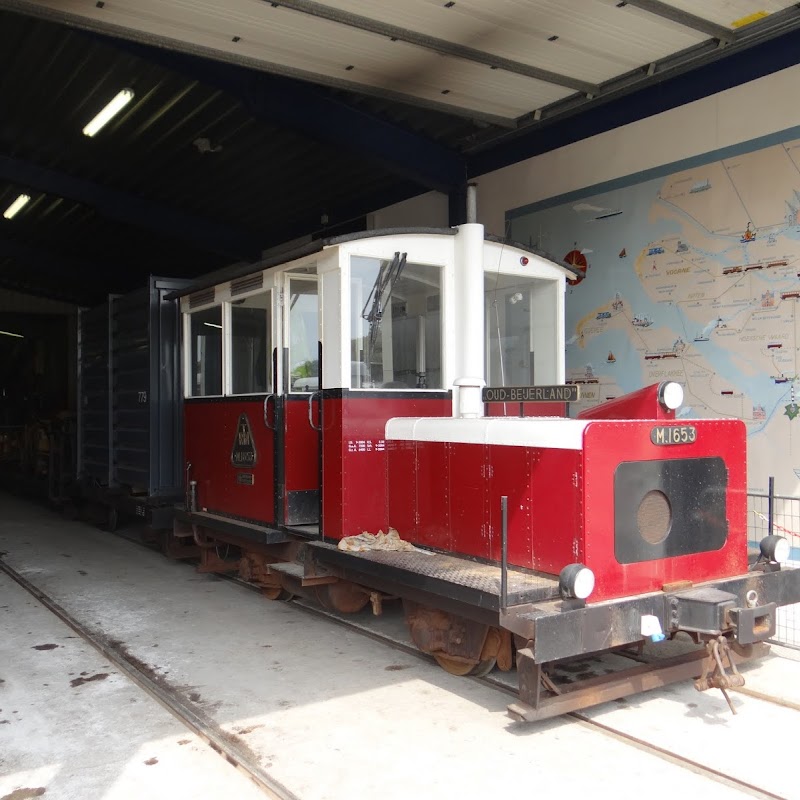 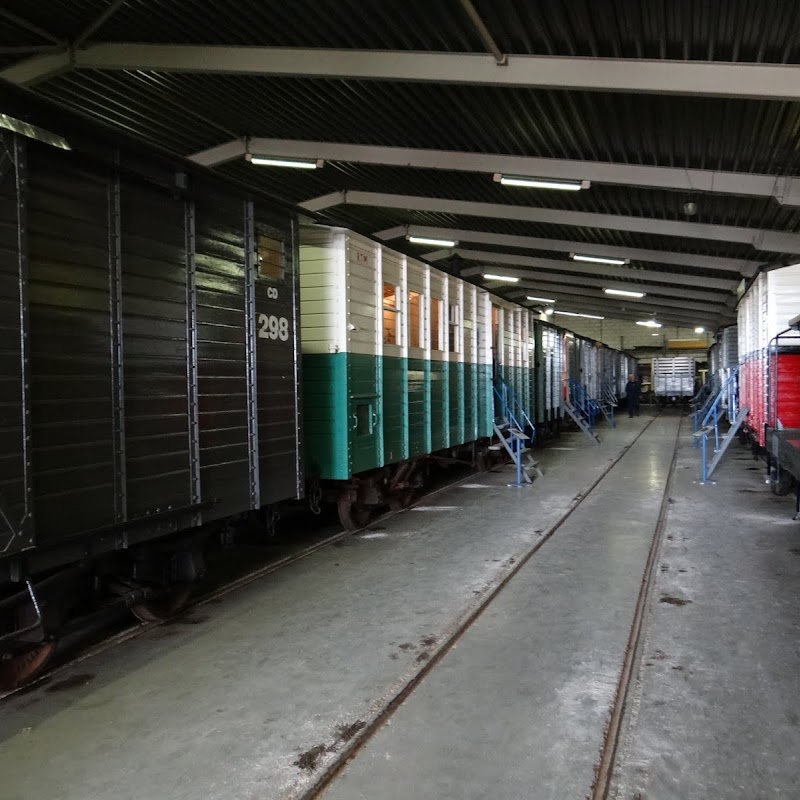 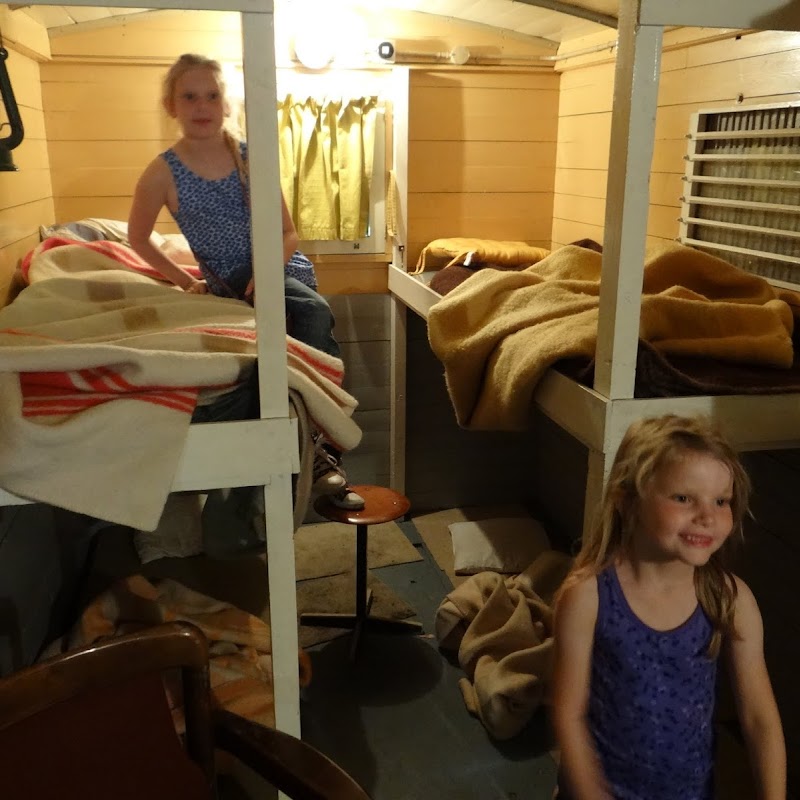 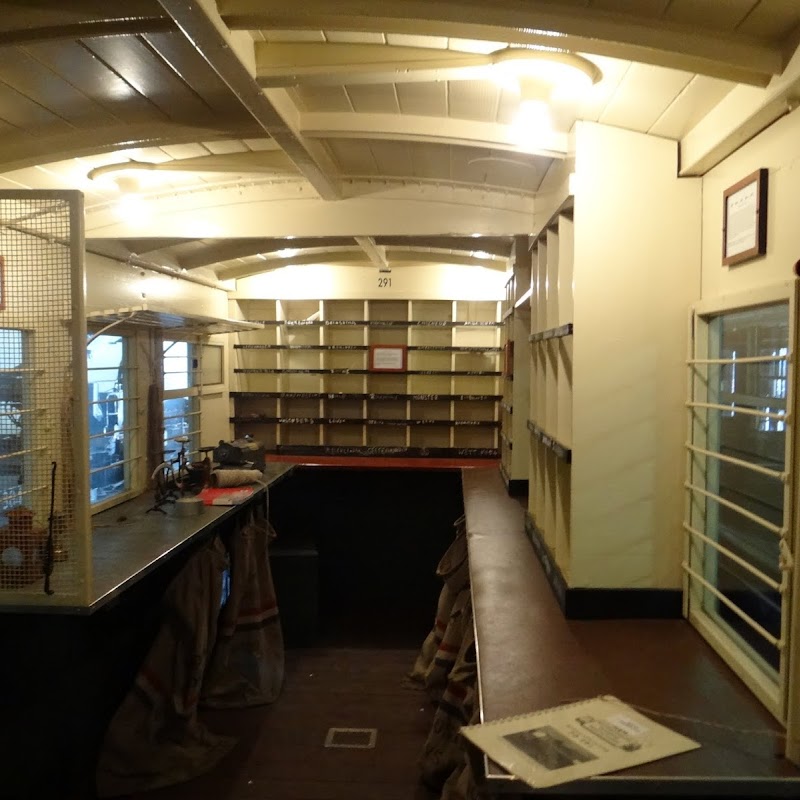 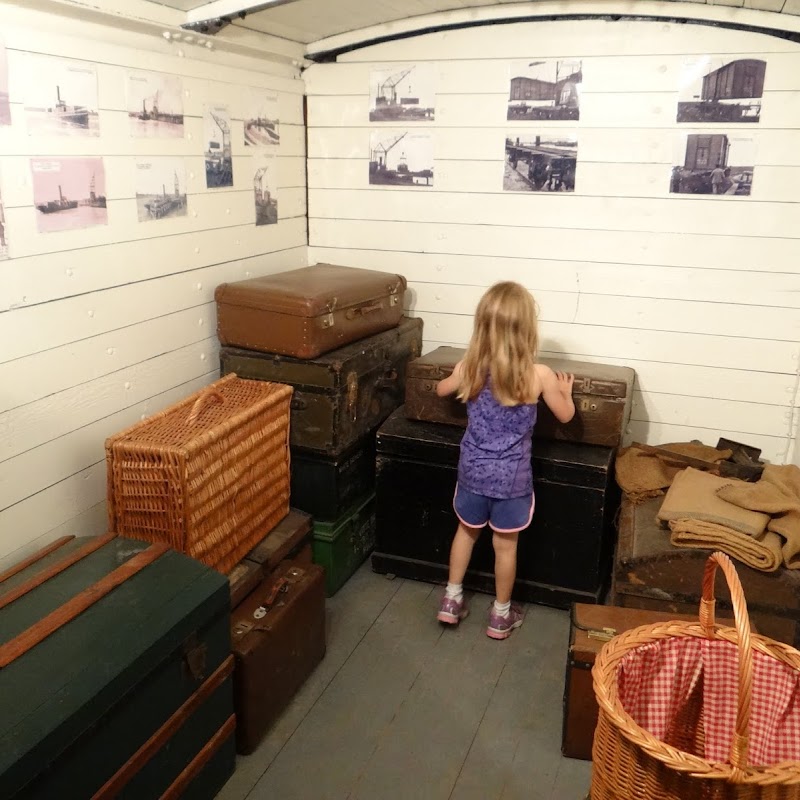 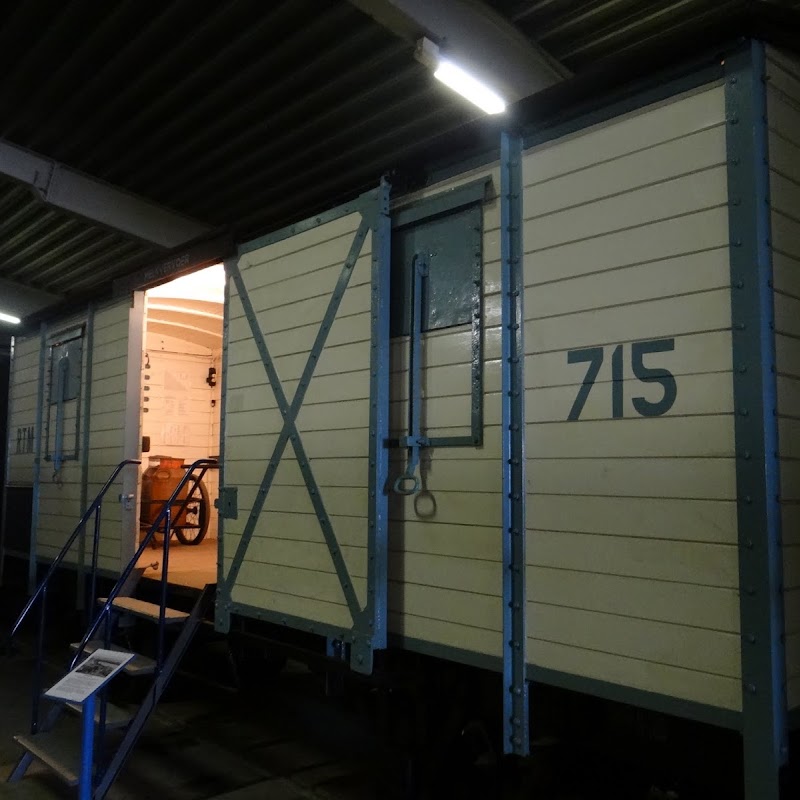 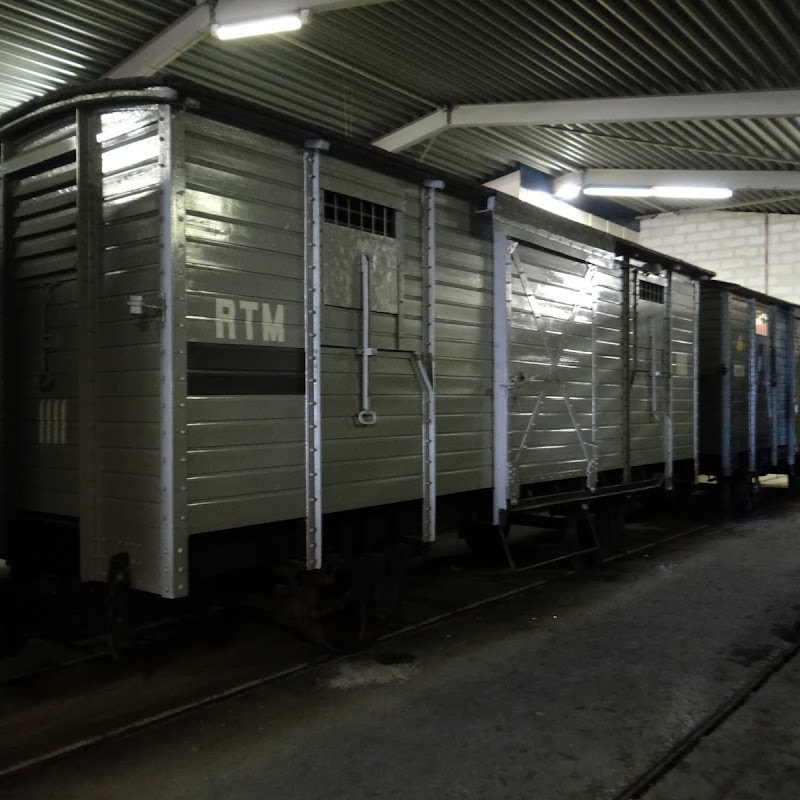 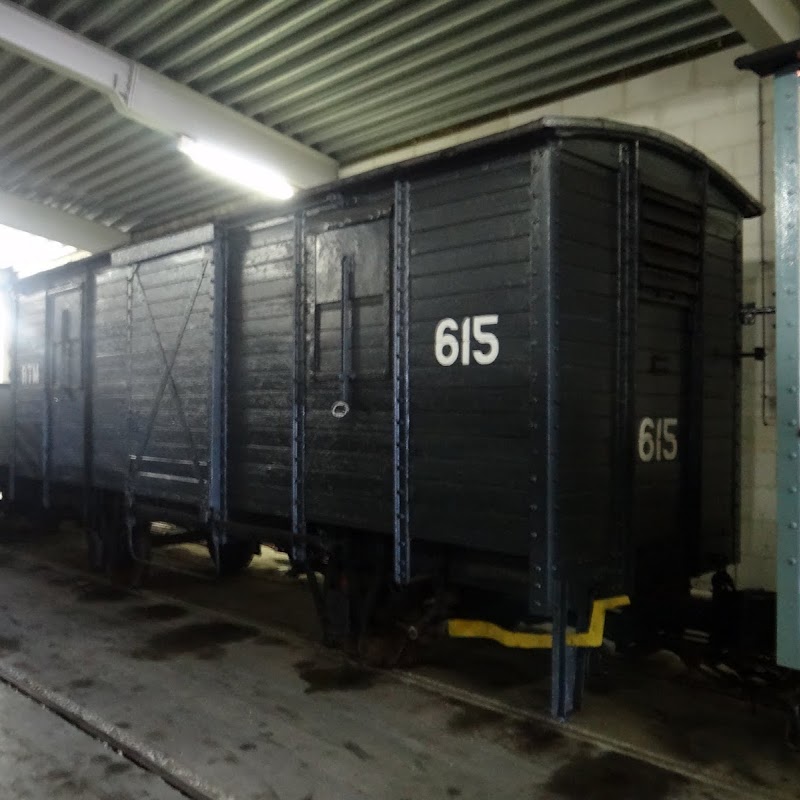 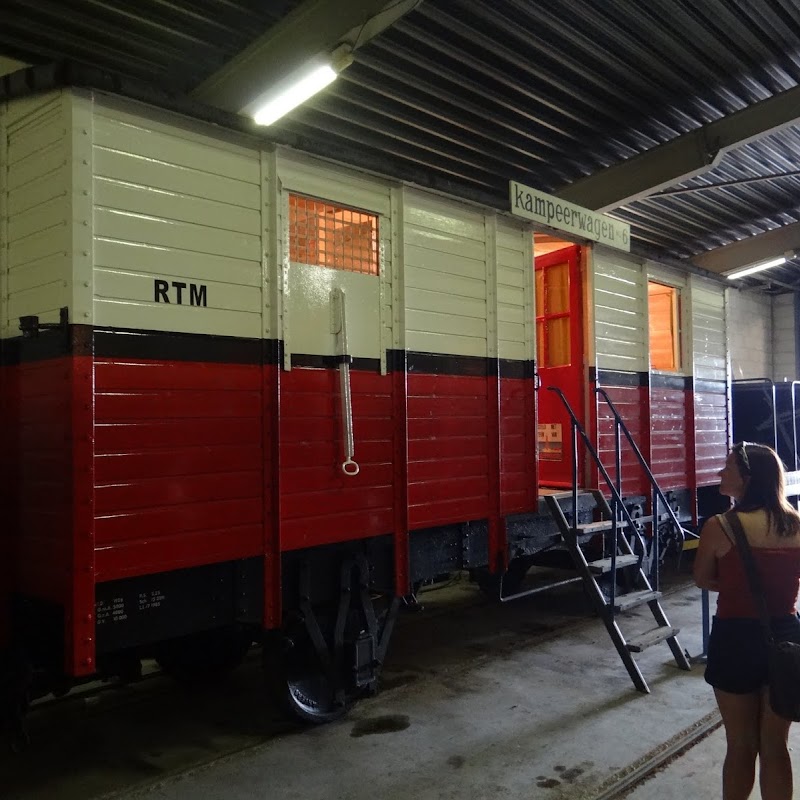 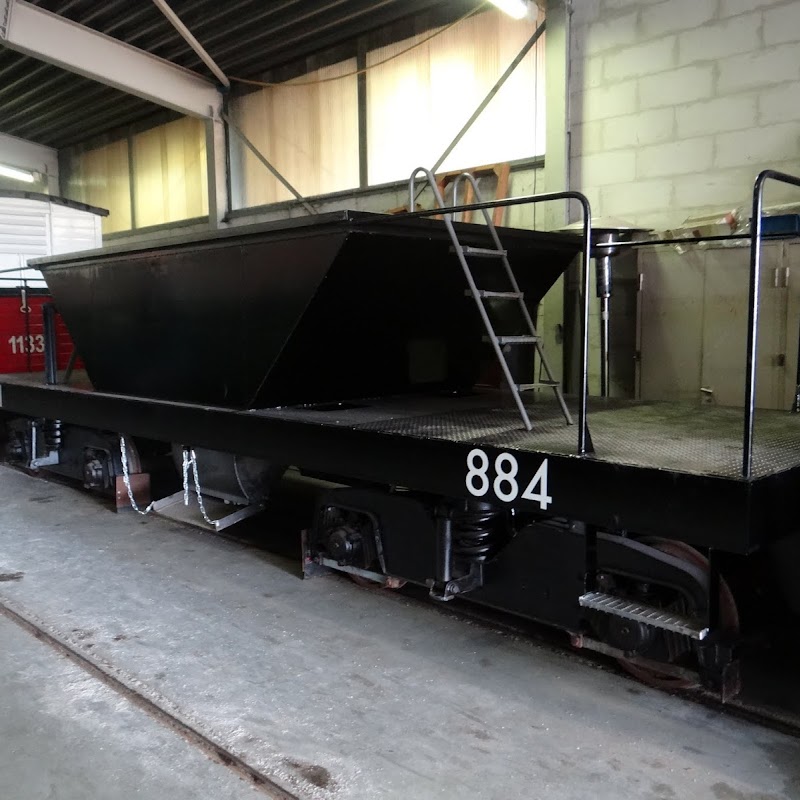 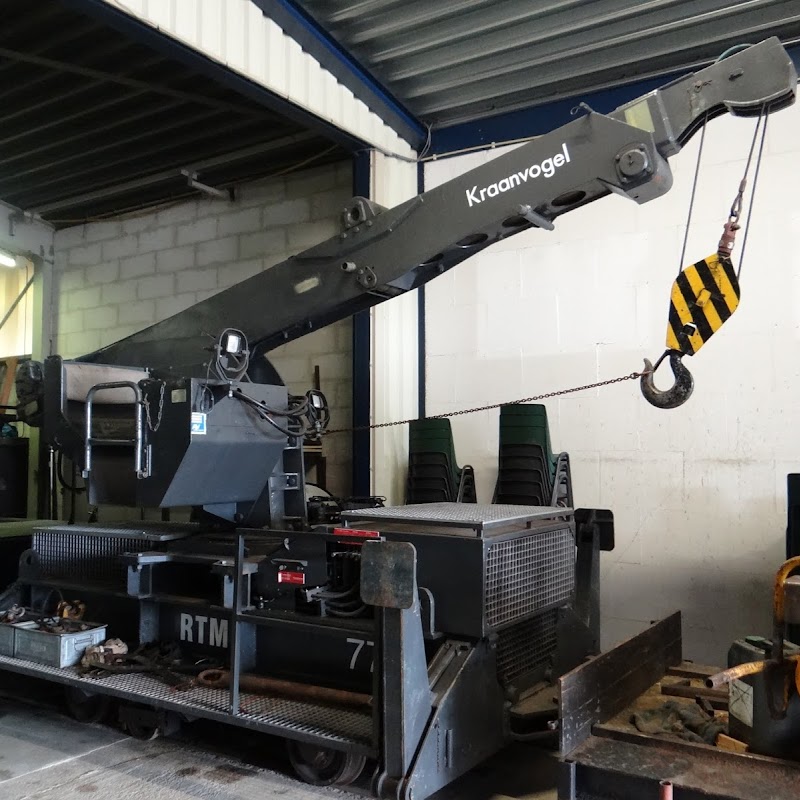 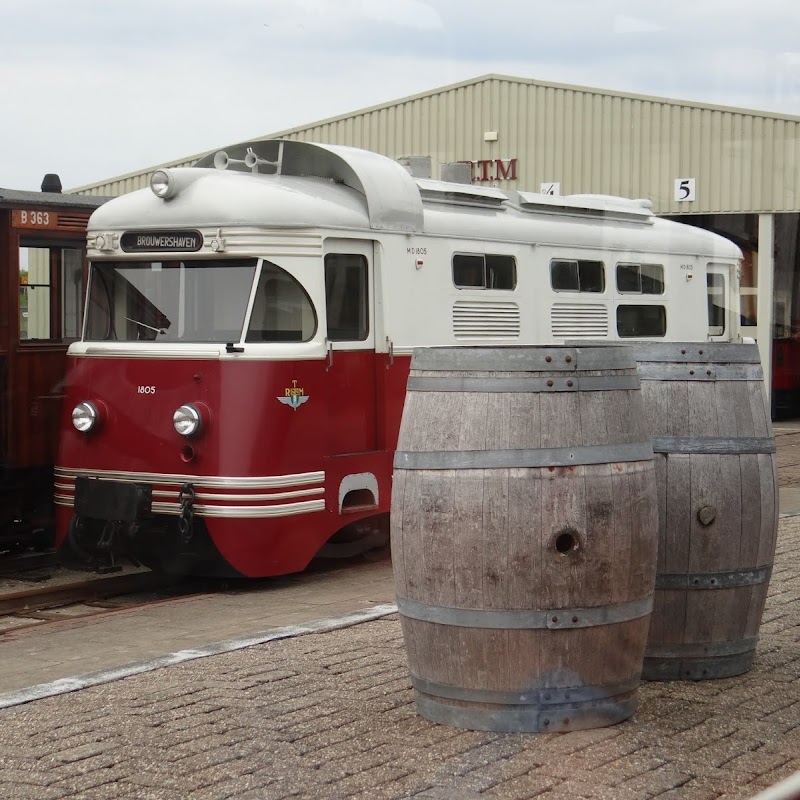 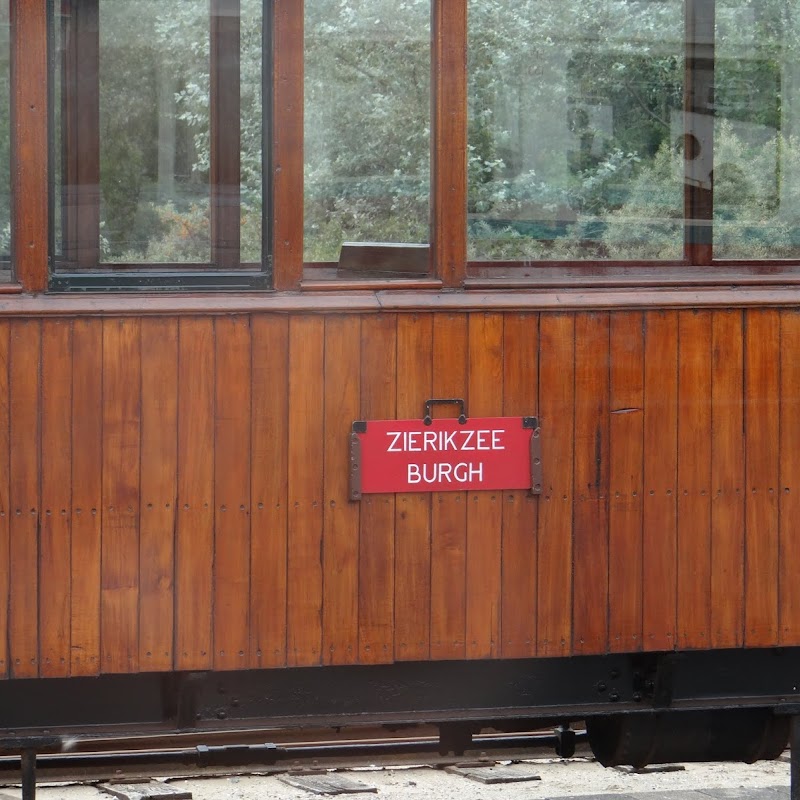 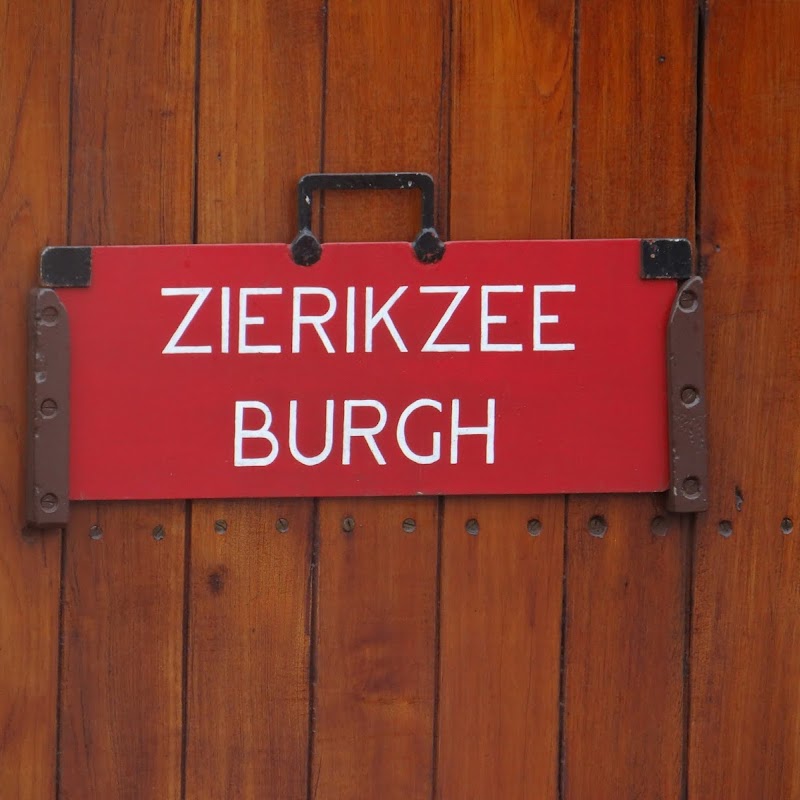 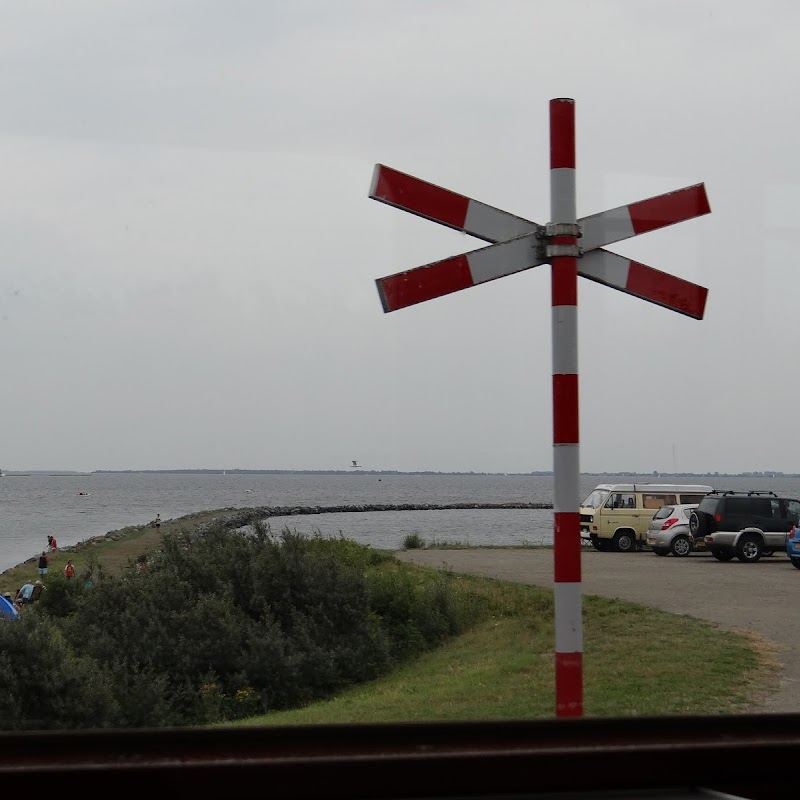 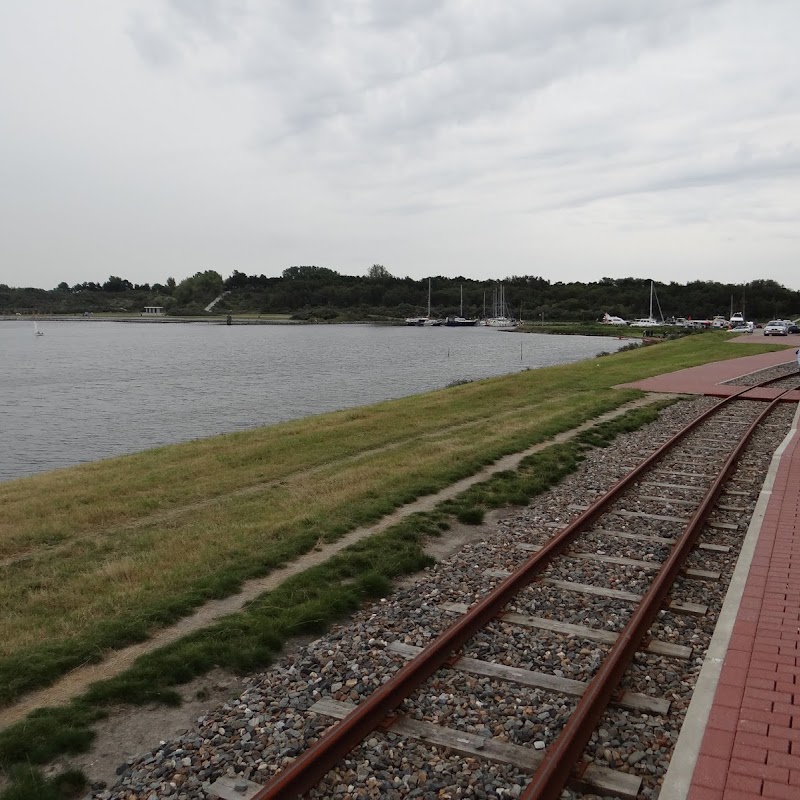 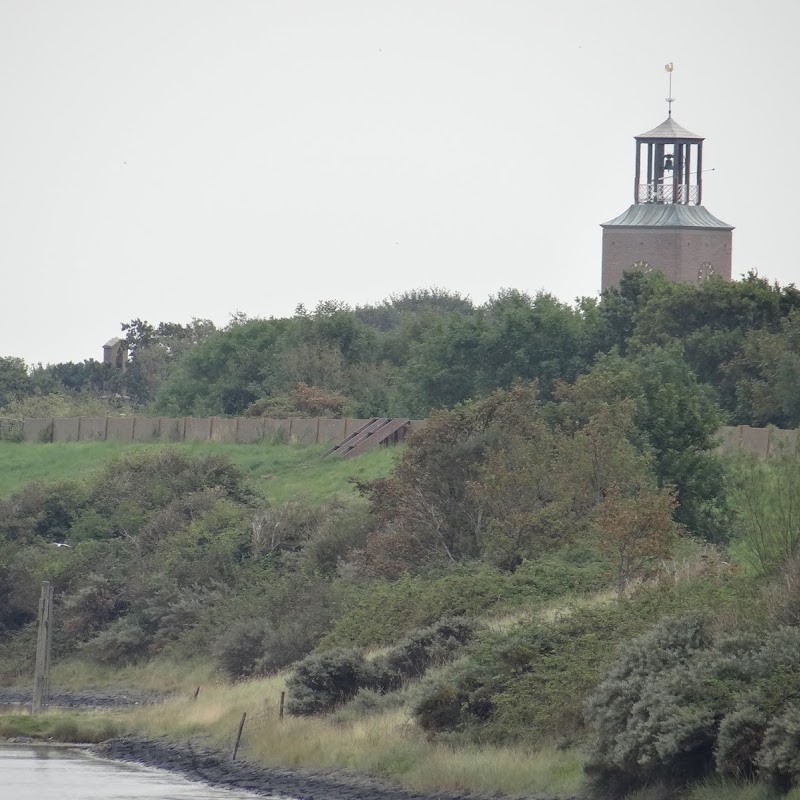 My target caches for the afternoon were the remaining ones from the “Ouddorp en omgeving series” – a set of 13 puzzles (12 for months and a bonus) which all involved finding out a few things about the relevant month. The bonus was of the traditional grab-a-code-from-each variety. When we started I’d already got five of these on previous days. One during Not a Lot Happened and four during On Yer Bike. This left me with 7 plus the bonus to get. However, they were spread far and wide. The idea behind the series was that they are spread all over the Ouddorp end of Goeree-Overflakkee. There was going to be some driving involved.

The first one was cunningly in the woods not far from the RTM Tram Museum, so that was the obvious first stop. On the way there I found a simple multi. While I was at the puzzle (on a bird watchers’ hut, a bloke and his dog came up for a chat. He was apparently the owner of the hut, but it seemed ambiguous as to whether he was aware of the cache or not. I wasn’t the first person he’d noticed there but he didn’t seem completely sure of what it was about. On the way back to the car there was another one, at which I mooched around the bottom of a tree for a while before looking up to see a cache hanging from the tree several feet out of reach. I had to climb it. Thankfully it wasn’t too bad a climb. I reckon I got about 10 feet off the ground all in, but the tree was very secure and once I’d got my leg over the first branch it was very easy to climb. Not sure I’d better say too much to Kas about it though.

Back at the car I realised I wasn’t going to have time to do all the other caches on the way, and I was just going to have to do the puzzles caches and see what time it was. Turned out to be a good move, despite getting regular pangs whenever I knew I was driving past an easy roadside one. The trip was made extra exciting by me using the Freizeitkarte maps on the GPS for routing, so I had directions whilst in the car. I would never have made all of these caches in the afternoon without the routing, despite the occasional mishap (see later).

The second of the puzzles was just to the west of Ouddorp and the third was in a field between Ouddorp and Goedereede. The fourth was, to coin a phrase, many a mile distant. It was all the way over the other side of Stellendam, and was definitely the hardest to navigate to.

From here the next three were sort of homeward bound. One was down a road that took a while to find the entrance to, but the cache was an easy one underneath a picnic table stuck in a place where a picnic table served no purpose. The next two took me down a couple of roads that looked OK on the map but which turned out to very narrow single lanes with big drops down both sides, few passing places and (annoyingly) a couple of cyclists going my way who were not prepared to let me past. Just as I did pass them I had to stop for a cache. It was quick, and I got back into the car and got stuck behind them again.

This gave me all seven of the necessary caches, so I sat in the car with my pen and notebook and worked out the coordinates for the bonus. It looked wrong. It looked much too far away from the icon and sort of in the middle of nowhere. So I checked it all over and got the same answer. I eventually trusted myself and set the GPS into take-me-there mode. This was the point at which the routing failed though. It took me along a perfectly reasonable looking road which ended at a crossraods, but one where all three of the other roads seemed to be cycle tracks. Hmmm ! 20 yards from the main road, but couldn’t get to it. I wasn’t really sure, so I waited a couple of minutes until a bloke with a dog that I’d passed caught up, and I asked him to confirm my interpretation of the signs. He agreed. Can’t go that way. Gotta go back. How did I miss that then ? He told me that I could most likely get along one of the cycle paths to a nearby road, but if the police spotted me doing it there’d be trouble. I decided not to risk it. I turned round on the junction and went back the way I’d come, and took a different route at the next junction. This proved to be an acceptable route out.

The calculated location of the bonus looked like just an area of scrubland in the middle of nowhere. Nowhere because the nearest parking was some way away, and nowhere because there was nothing there. Just dunes, grass and sand. But as I approached the calculated GZ I noticed also a bridge over a ditch and some bushes. “A-ha!” I thought. “Likely cache hiding territory” And so it proved to be. After a couple of minutes making sure I was at the right spot I stuck my hand under the bridge and was greeted by a large, heavy, metallic object suspiciously like an ammo can. That would indeed be the one then.

All in all that was quite a good series. The caches I found in the afternoon were :

By this time my day was over. It was getting late and there was some “stuff” to do in the evening. So I drove off home.

The “stuff” involved washing some running kit, munching on some sausages, mash and salad, drinking beer and logging geocaches while Kas was working on her new business website.

Tomorrow would be our last full day at Port Zelande. That came around quickly.