Day 3, and after 2 days of mainly travelling it was time for a bit of relaxation.

Kas was up relatively early to engage in her usual form of relaxation, running. And when she’d finished I went and did the same, only not for so long, and with more wrong turns. I suppose they weren’t really wrong turns as I hadn’t really planned a route – I just set off thinking I wanted to run about 5 miles and I managed a nice outbound route for 2.5 of those but then took a different (note, not wrong, just different) turn on the way home and added an extra half mile or so by the time I’d realised and turned back. 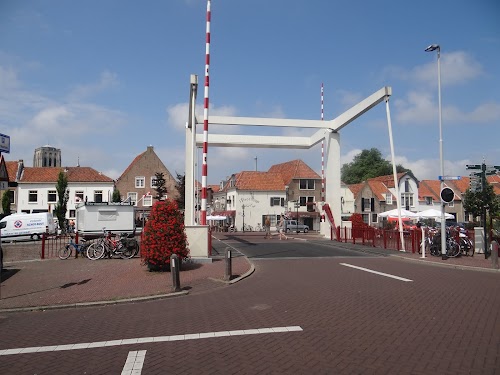 While we were doing this the girls were enjoying some of the delights of having a chalet right on the beach. We measured it as a whole 20 of Kas’s steps from chalet door to sand underfoot. The beach in question faced out onto the lake (Grevelingenmeer) and hence had an absence of currents and tides. It did have some rocky jetties to cordon off various bits from the passing boat traffic, and “our” beach was suitably located behind one of these. For this reason we were perfectly happy telling the girls they could wander anywhere along the beach or into the water so long as they were inside those rocky jetties. We were content with this because Izzy could walk out nearly all the way and the water only came up to her bum, so it seemed pretty safe out there.

After our two runs we were feeling a bit hot and sweaty so we all got changed and decided to go and try the Aqua Mundo indoor tropical swimming paradise. I’m basically a non-swimmer because I don’t really like the sensation of the water, so swimming is something I rarely do. In here, though, swimming wasn’t really necessary for me anyway. The deepest part was only 1.4 metres so I could comfortably walk all the way. It was a nice pleasant temperature and there were a couple of features that made me feel it wasn’t so bad after all, namely, the two water slides – one involving big rubber rings and a dark tube, the other involving a big slide down on your bum. I have to say that once I tried these I was hooked. It was a strain getting any of us to leave, but we couldn’t really stay in there all day. 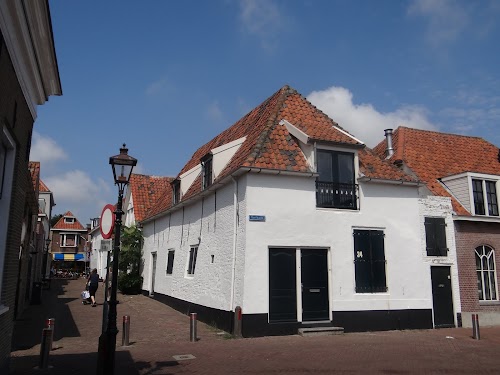 So we retired to our chalet for some lunch and then headed off to my former stomping ground of Brielle, where I lived for about 18 months between the end of 1988 and the start of 1990. Well, I remember it being a nice little town, worthy of a visit, and it’s always nice to show the family bits of my life from before I knew them. In fact, when I was working there Kas was still in secondary school.

Brielle is famous in Holland for its liberation from the Spanish on April 1st 1572 by the Watergeuzen (“Water Beggars” in English). The liberation is still celebrated in Brielle every April 1st, when the town is closed off to traffic, and everyone dresses up in sixteenth century clothes, ties goats and sheep up to metal rings in the middle of the road, and generally engages in drunken debauchery whilst watching a bunch of blokes fire bags of flour out of the guns on a fake sixteenth century warship, which coincidentally spent the rest of the year tied up on the canal outside where I used to live. I experienced this twice, in 1989 and 1990, and have to say that on both occasions the proverbial “beer scooter” was my chosen means of transport when going home.

One thing new since I lived there was a great big car park on the eastern edge, outside the town walls. I think that might have been the only new thing there though. The rest seemed much the same.

First up I walked the girls along to where I used to live, at Turfkade 34. It took me a little while to recognise it, as it was a bit further along the canal than I remembered, but as soon as I saw the building I recognised it immediately. Next up we walked into the small market square, where the girls grabbed an ice cream and Kas and I grabbed a coffee. It was a sunny day and we could feel the sun starting to burn a bit, so we didn’t stay too long. 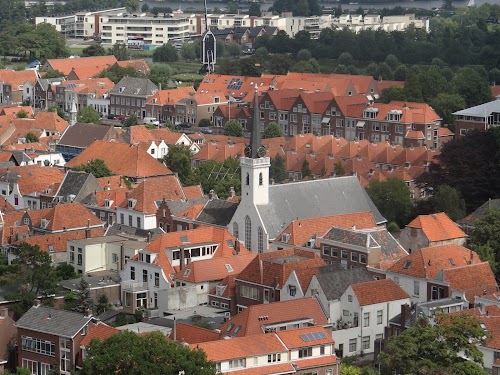 Next, we decided to have a look at the very impressive Church, the Sint Catharijnekerk. This is a very, very large church given the size of the town, and I have to admit that in 18 months of living there before I never once went inside. When I lived here before there was quite a lot of beer involved, and relatively little time spent locally on tourist activities. Isn’t that always the way though ? As soon as you live somewhere it ceases to be of interest.

This time though, spurred on by lots of renovations and the fact that there’s a geocache at the very top, we went in for a look. The church is very impressive from the inside. It’s a bit brighter than English churches tend to be because the interior walls are all rendered and painted white. We also all decided to go for a climb up to the top. Above the first 40 or so steps it’s a single stone spiral all the way up to the top, passing 3 or 4 doors on the way up that contain various bits of the carillon. This would traditionally be a bit of a flappy, panic moment for Izzy, but she did extremely well with a bit of encouragement and she made it all the way up to the top. I counted 333 steps. From the top there’s a seriously good view of the town and (on a clear day like this) all the way over the Europoort area into central Rotterdam, where the tall buildings were just about visible through the heat haze. There was also a geocache, which was duly located and signed.

After all that climbing, and struggling a bit in the heat, we decided that we were allowed more than one ice cream today, so we retired to a nearby (and much nicer than the first) ice cream parlour. It was on the junction of the road that lead down to the place in Brielle where I spent the second most time while I lived there (after my own flat) – the pub called “‘t Kont van Het Paard”, which translates roughly as “The Horse’s Arse” – I do remember having a number of discussions on the subject with Dirk the Barman while I was there and the best we could come up with was that the Dutch word used in the name (“Kont”) is a bit stronger than “bum” or “butt” but not quite as strong as “arse”. So “The Horse’s Arse” it was ! This is the kind of discussion that it’s very easy to fall into in a speciality beer bar in Holland with a barman who liked to serve, drink, and talk about all things beer related. For our part, we introduced him to the English word “tab” – I lose count of the number of times we got up at the end of a drunken evening and asked him for “het tab”. We also had a convenient arrangement whereby if we went in on a busy night (usually Friday and Saturdays) we could go help ourselves from the fridges if he was busy and he’d mark it down on “het tab” when he had a spare moment. I’m sure there was also a rule that if it was a weekday and you were the only people in there (which was very common) then “het tab” was never allowed to come to more than 4 beers each, regardless of how many you actually drank. Nice that, if rather bad for the waistline and the brain cells. But all that is, as they say, water under the bridge, or beer down the khazi. 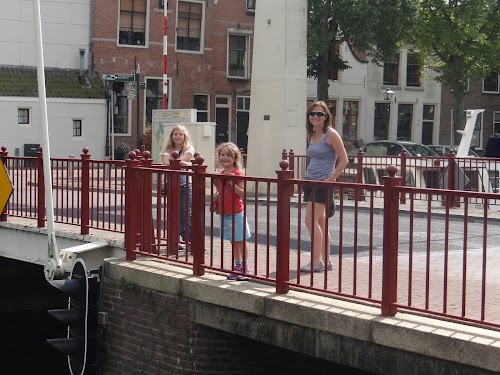 After all that it was time for a bit of a walk. We seemed to have a bit of indecision on which way and who was up for how long, but we ended up on the west side of the town walls and slowly made our way round to the east side (where we’d parked). Both the girls and I seemed to be magnets for doo poo though, so it wasn’t as nice a walk as it could have been. I scooted off into the bushes looking for a couple more geocaches but ended up failing to find as many as I actually did find. Eventually I’d had enough and stopped trying – it obviously wasn’t going to be my day and the girls weren’t interested that day.

We passed into the town on the north corner, as you must, and crossed the nice lifting bridge, before walking out along Molenstraat to the windmill. I guess the name of the street is a give away. Notice in the photo that Izzy took of us with my camera that she managed to perfectly capture the girl in the background jumping off the bridge into the canal.

At the windmill we had a short break for the kids to play in a little play park before we continued our walk around, becoming ever more conscious of the time and the fact that we needed to buy some food to make it through the evening. We saw a very conveniently located outlet of Albert Heijn and popped in for a look. It turned out to be a good sized supermarket and had more than enough to keep us happy for a few days, so we stocked up (and paid for a few more plastic bags in the process) before walking bag to the car with ever lengthening arms and driving back home.

We then got even longer arms after having to park a long way from the entrance and hence having to walk miles over to our chalet. “Boooooo!” And “Hiss!”

All of this had put Ami in the mood for another trip to the swimming pool, so I obliged her while Kas and Izzy mooched about at the chalet. We did a bit less swimming than planned, mainly because I forgot the tickets and Euro coin and so had to run all the way back to fetch them. It was at this point that I also banged my forearm on the handle of the patio door and generated a painful bruise that was to stay with me for the rest of the holiday.

When we returned Kas and Izzy started making some tea while Ami and me got showered and dressed again. We had a selection of sausages, mash and some salad. Plus beer. And it all went down very well.

By this time it was getting quite late, so we allowed the kids to play outside for a bit and then got them into bed before retiring for a bit of reading and some more beer.

Blimey, that was a day of being on holiday. No particular agenda, not a lot of rushing around, and several ice creams and beers. 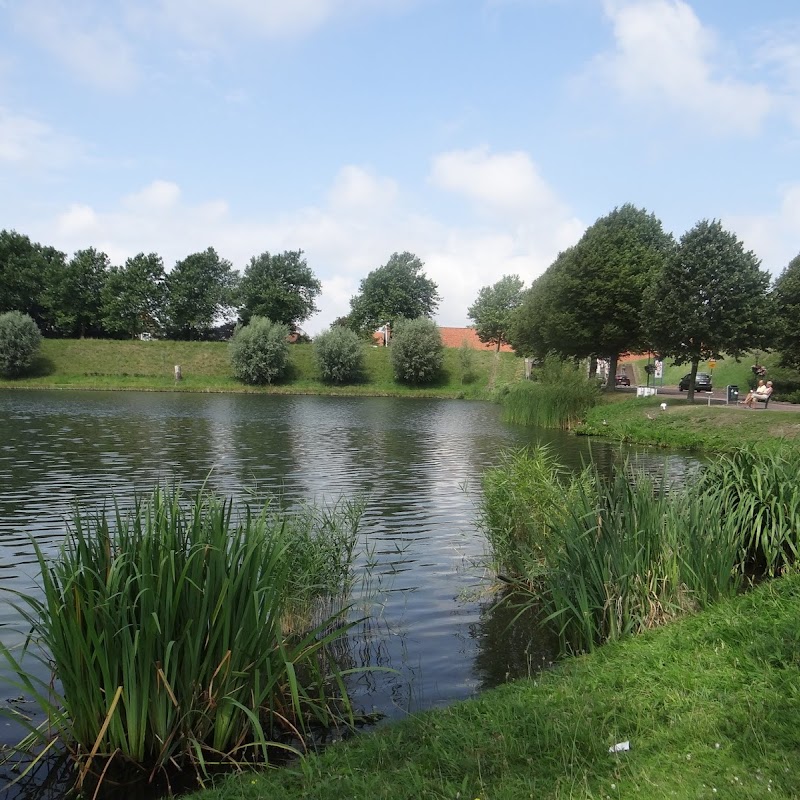 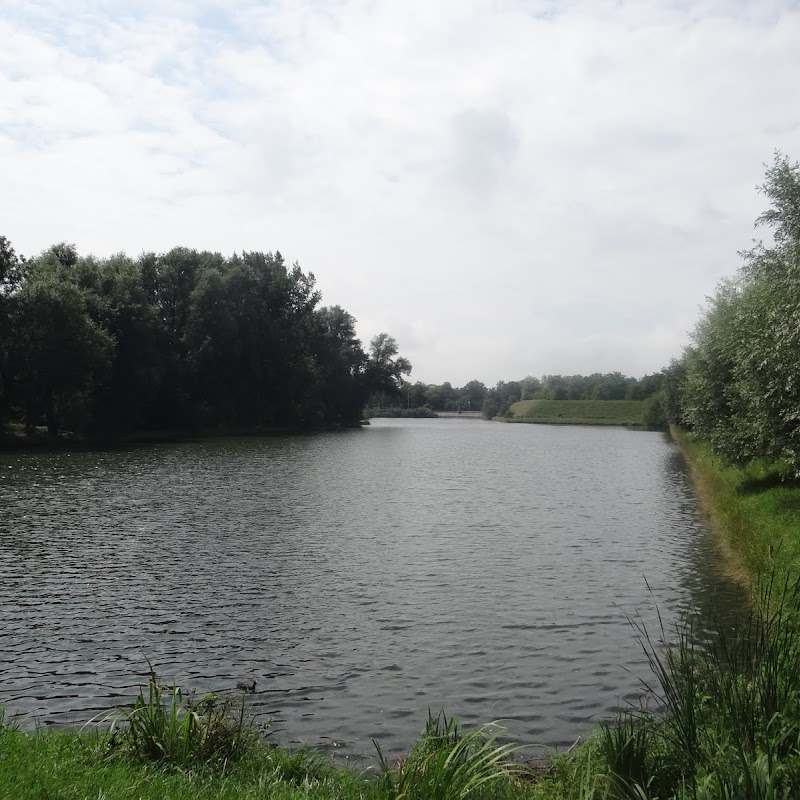 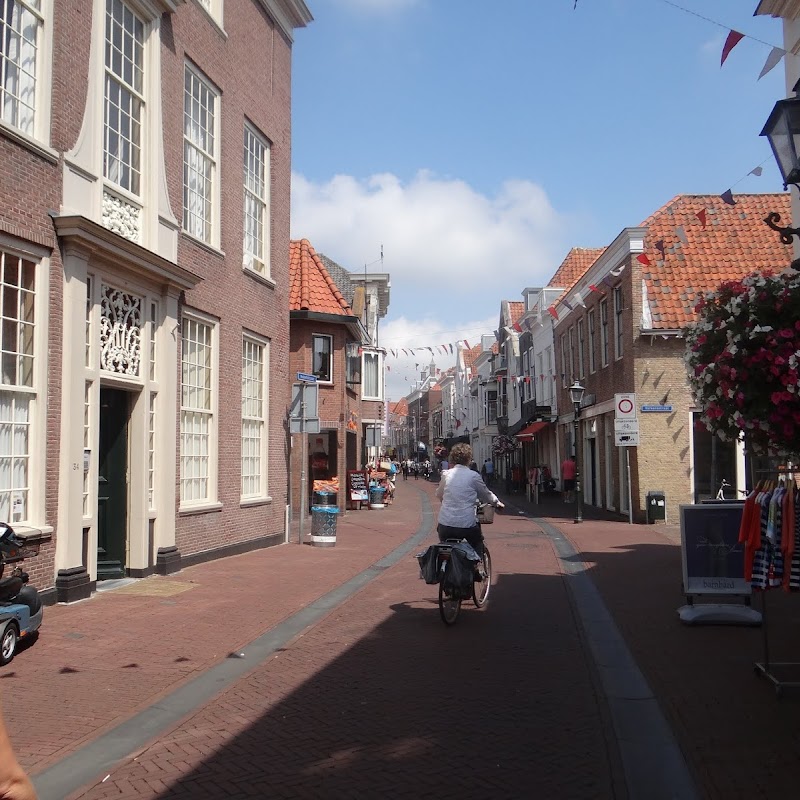 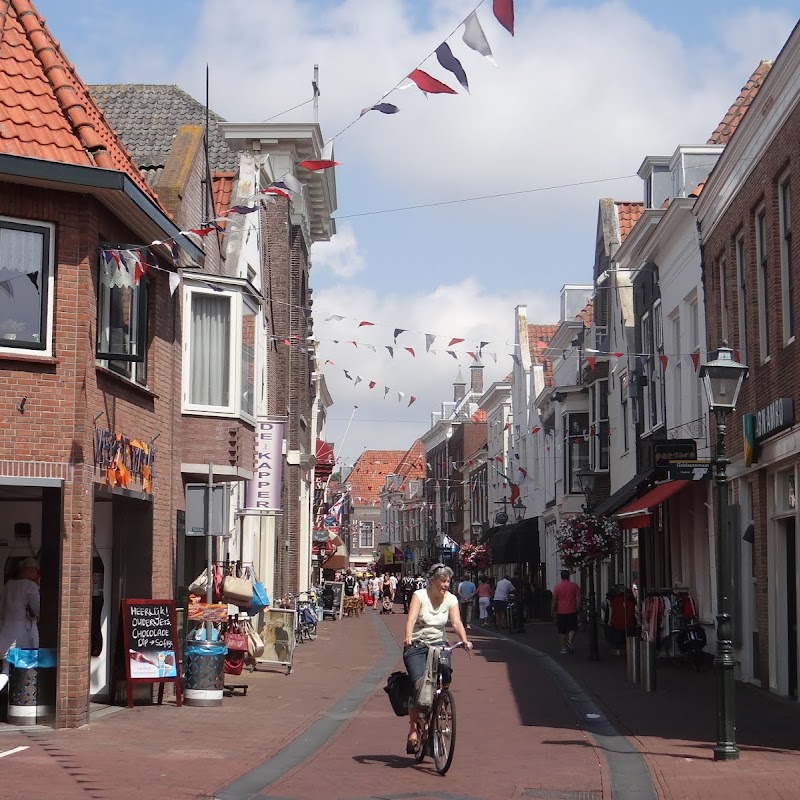 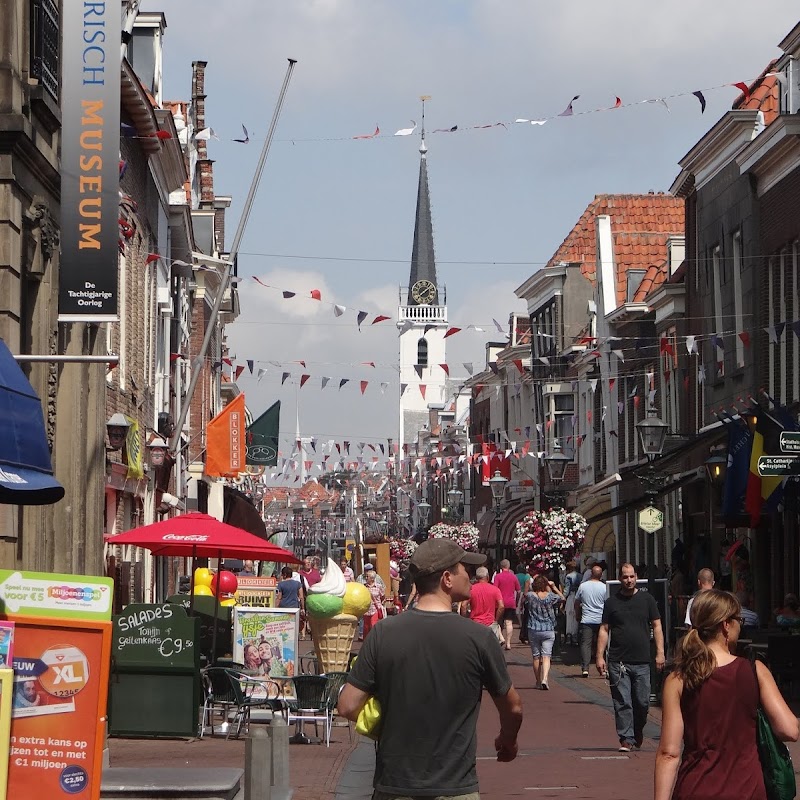 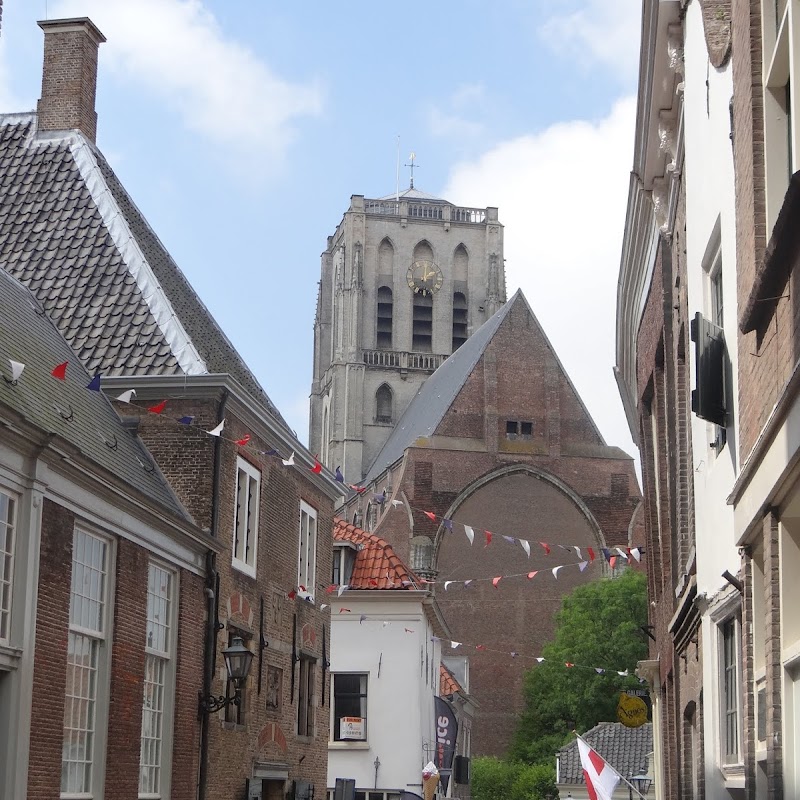 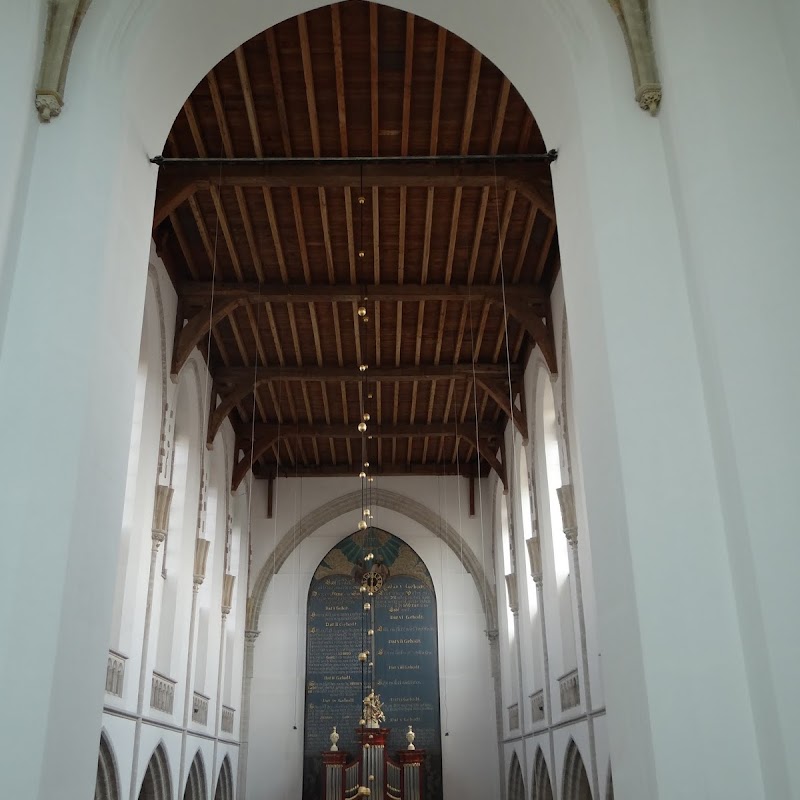 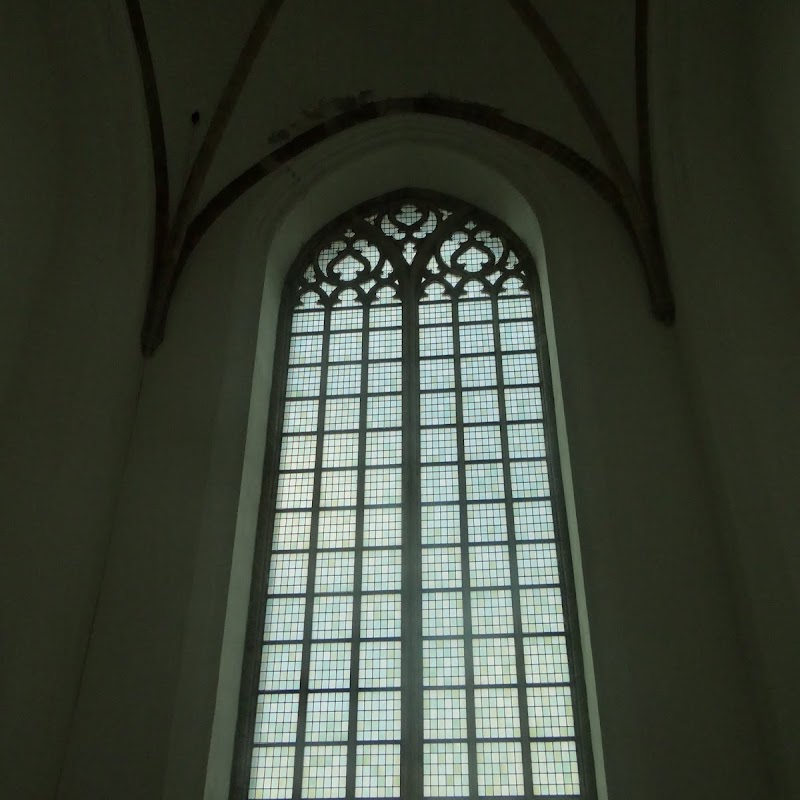 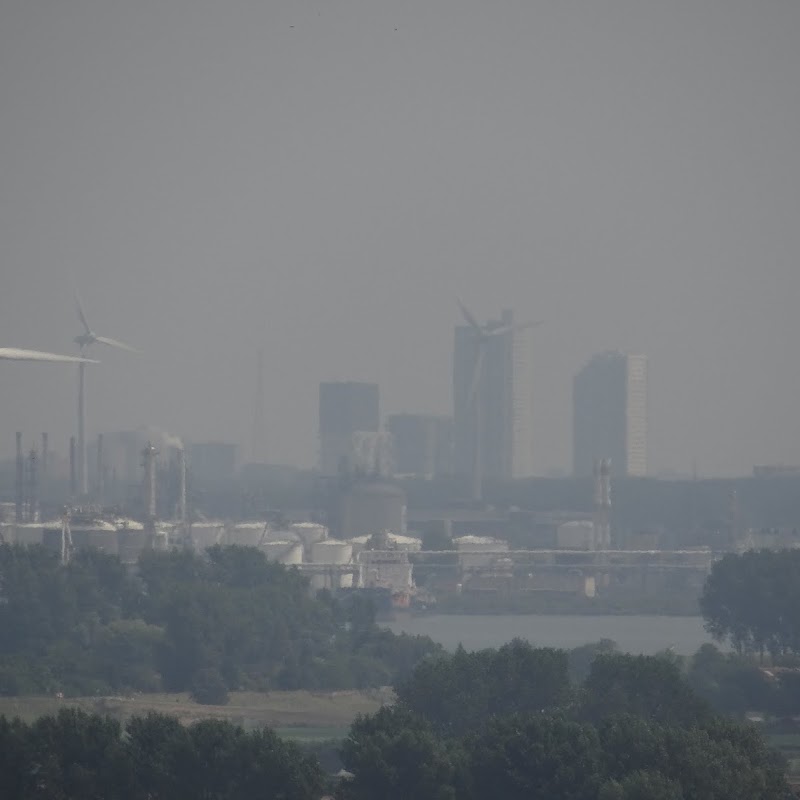 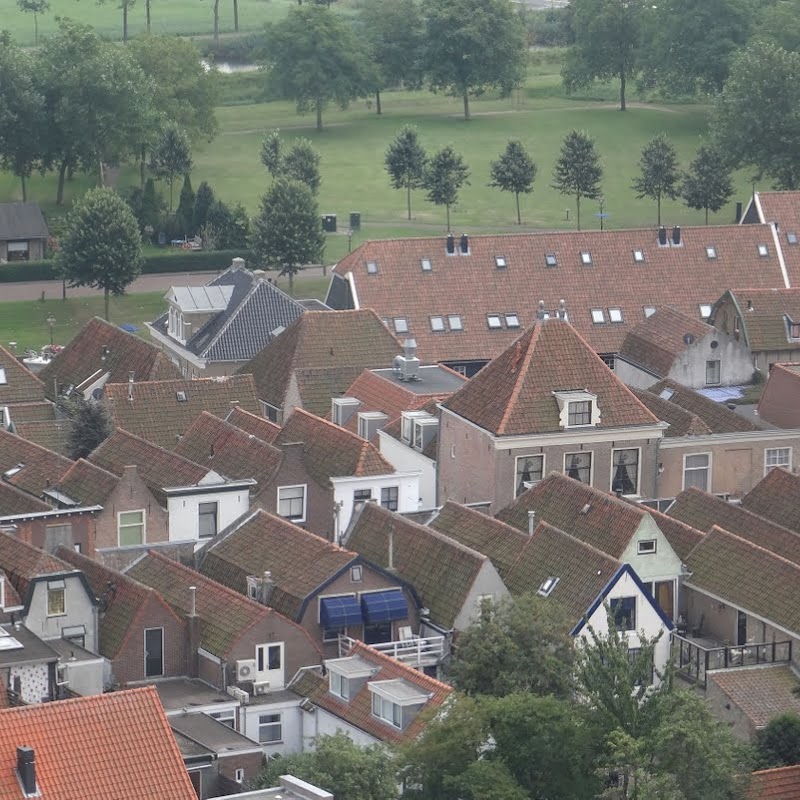 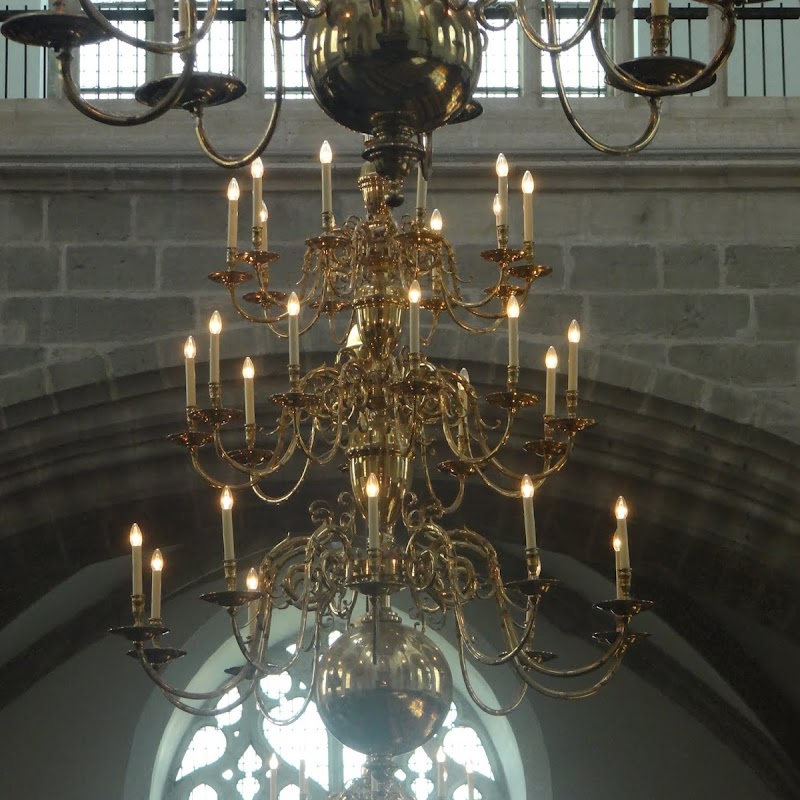 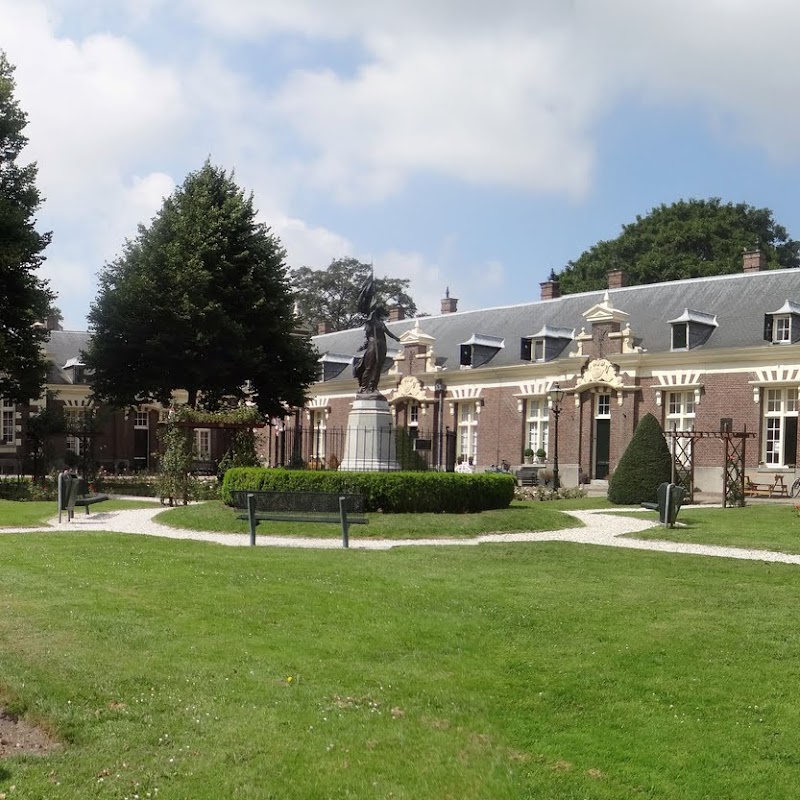 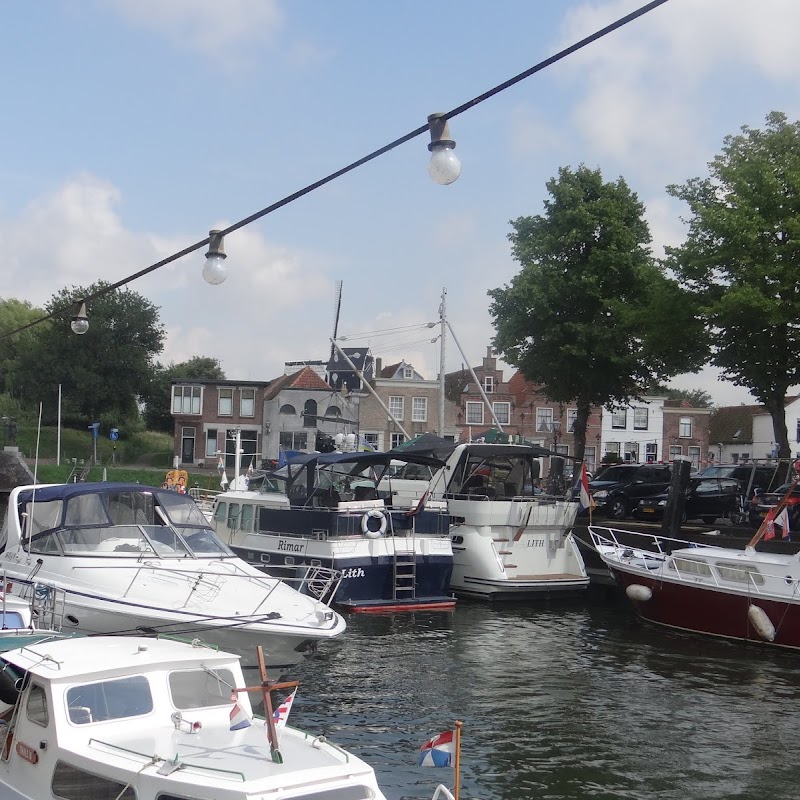 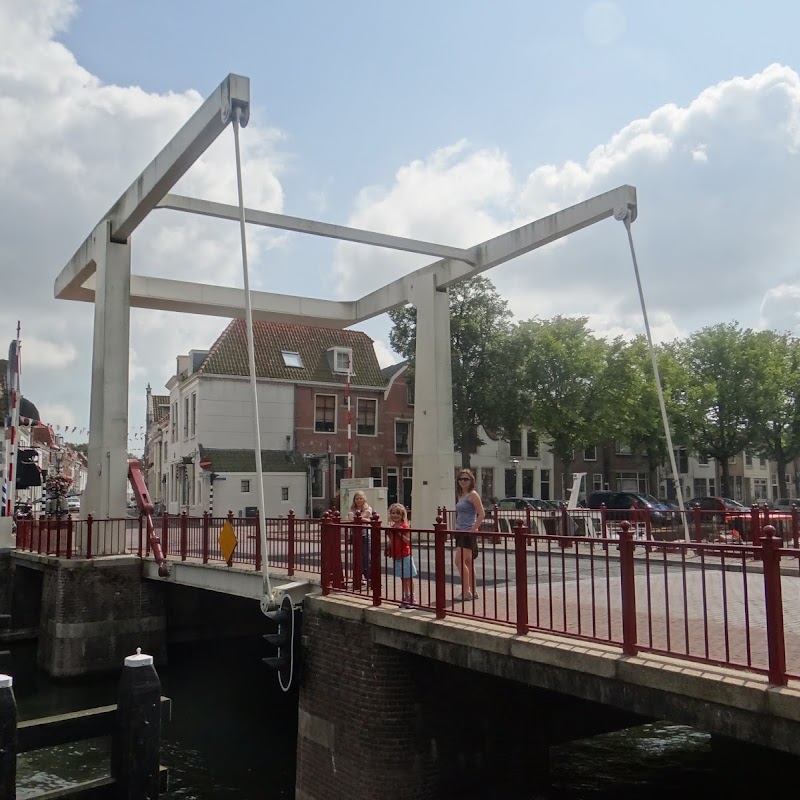 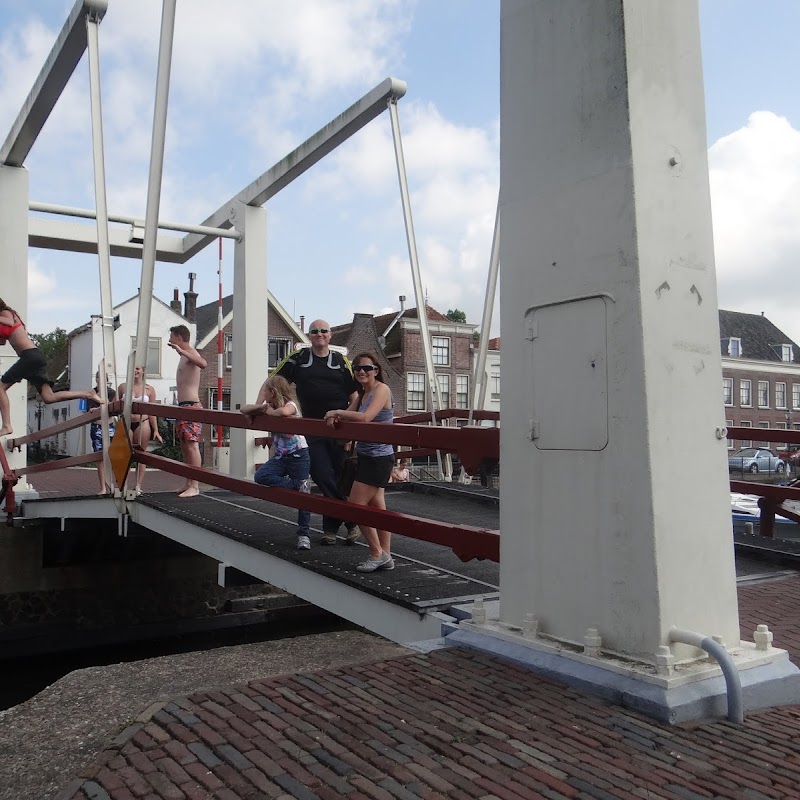 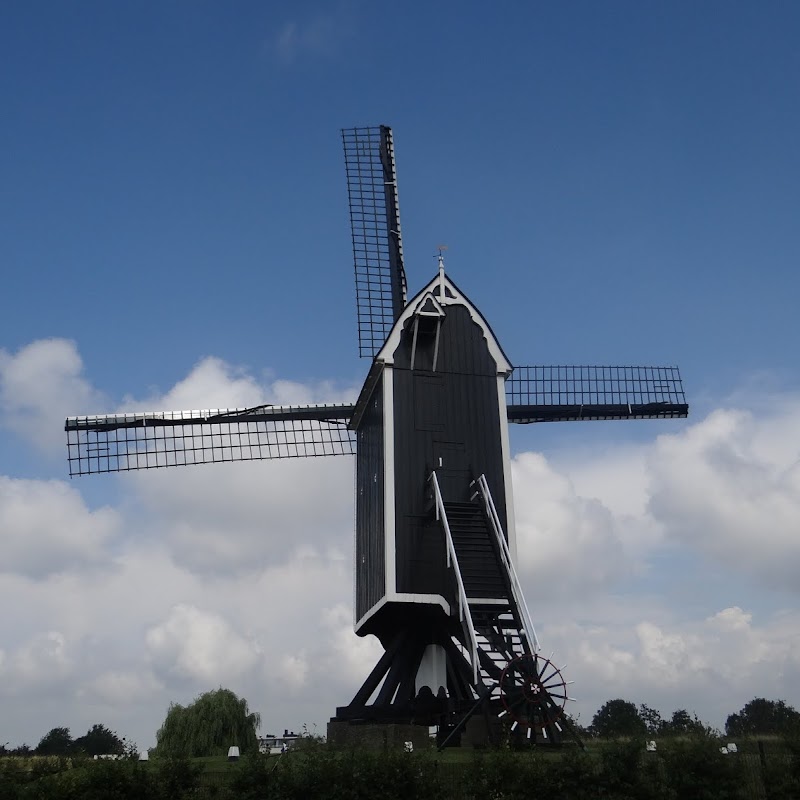 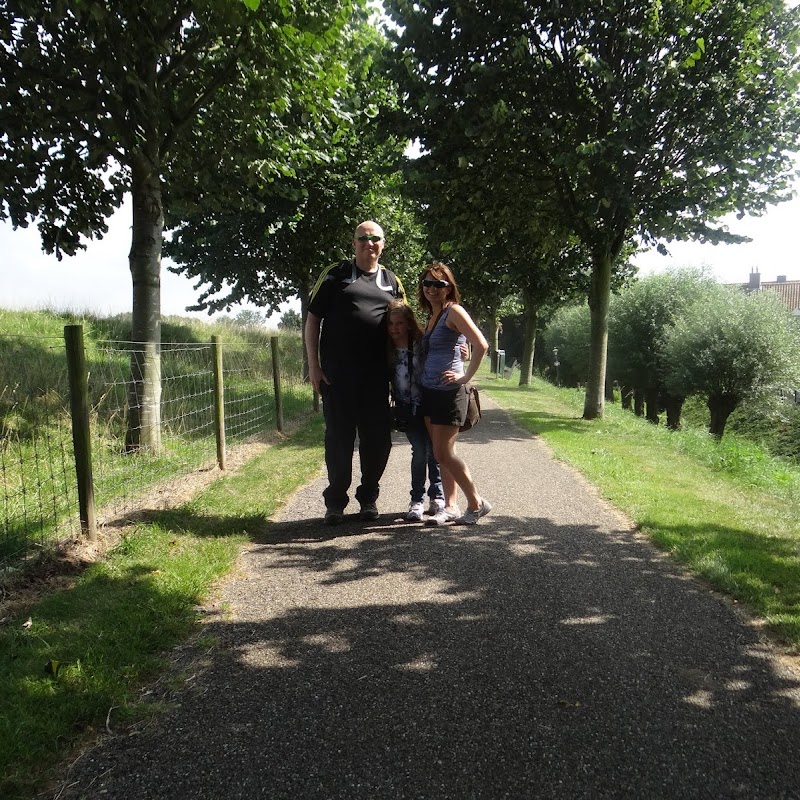 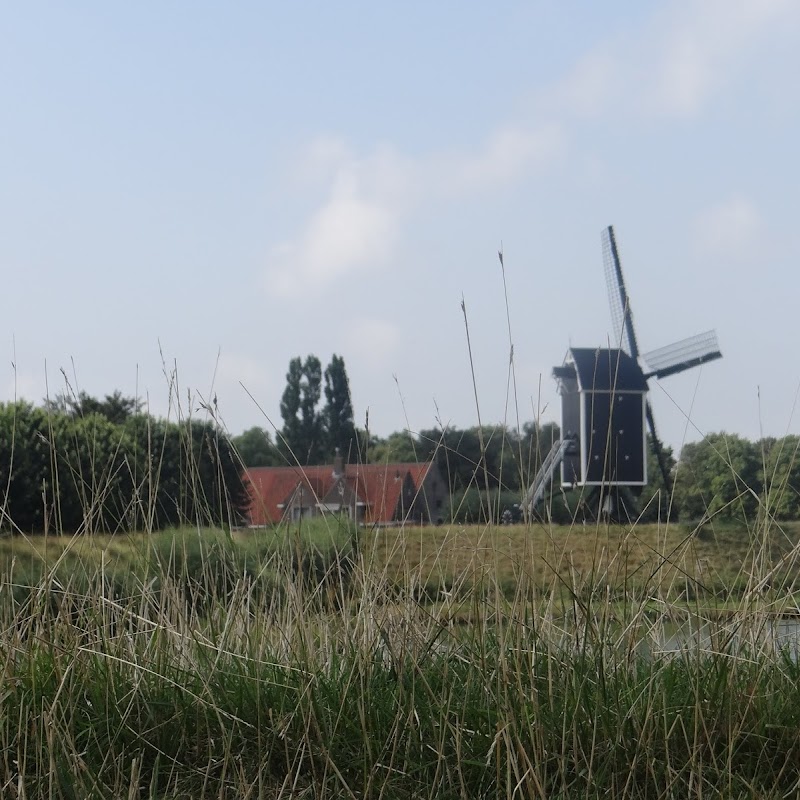 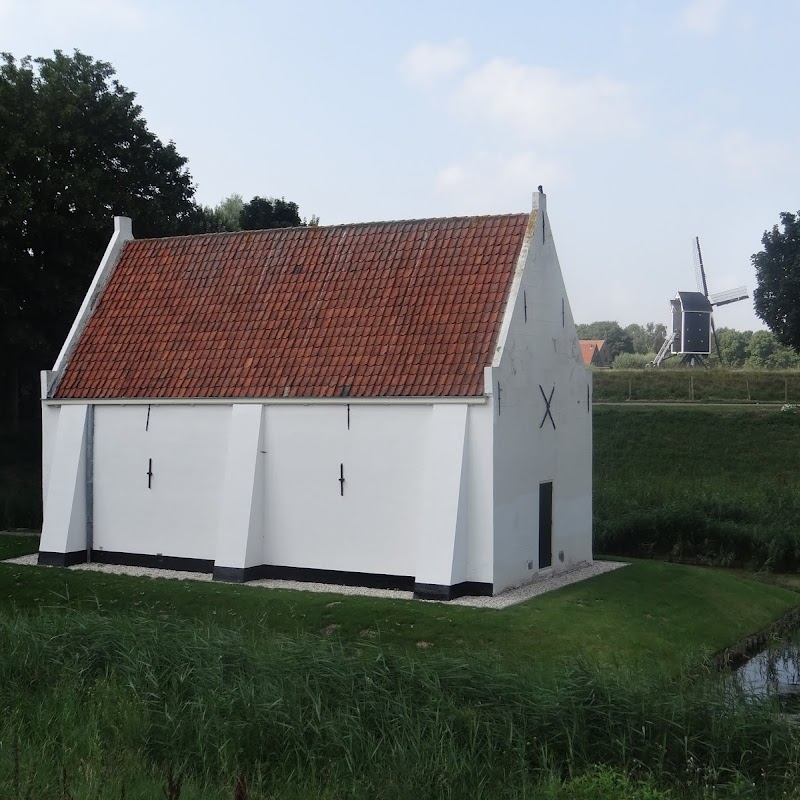