Today promised to be a bit sad, because today Granny and Grandad were going home. They were both out of bed fairly early then, to ensure they managed to get properly packed up and sorted before their trip home. Getting up fairly early is a rare thing for Granny. 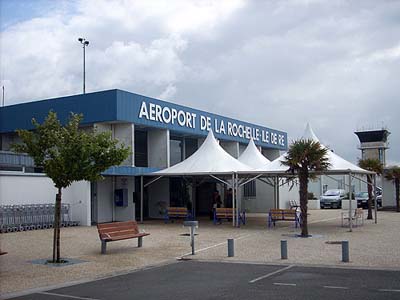 The girls got up fairly early too, and so required their parents to be awake too so that they could be kept occupied and kept from being under Granny’s feet. Ami, as usual, was easy to keep occupied. It just required the slightest mention of the swimming pool, with the vaguest hint that some of the other kids would be there too. So Kev dived round there. And whadda ‘ya know, Kas found Kev’s swimming goggles in the beige nappy-change bag. Been wondering where they got to ever since we arrived. There’s my answer. The swimming was also made more fun by the presence of a big yellow hot and shiny thing in the sky, which promised to turn the day very rapidly into another scorcher.

The fun was cut short at 11am by Grandad telling us it was time to get out and get dressed to go to the airport. A couple quick showers and some more sun cream later and we were off to the lovely little La Rochelle – Île de Ré Airport ( www.larochelle.aeroport.fr/EN ) again. It really doesn’t seem like 10 days since we fetched Granny and Grandad, but 10 days it is, and therefore it’s time for them to go home. We’ll miss having them around for the last couple of days.

The airport is, as we may have mentioned before, very small. Departures has all of five check-in desks and one bar. Granny and Grandad got in a queue behind one other couple and got their bags checked in before you could say “Bob est ton oncle” We havered around the bar for a bit and then retired outside for one final meal together – a hearty affair involving two jambon-fromage sandwiches, some chips, some crisps, and a pile of cold drinks. It really was quite warm outside. We clustered around half a bench in the only shaded area. 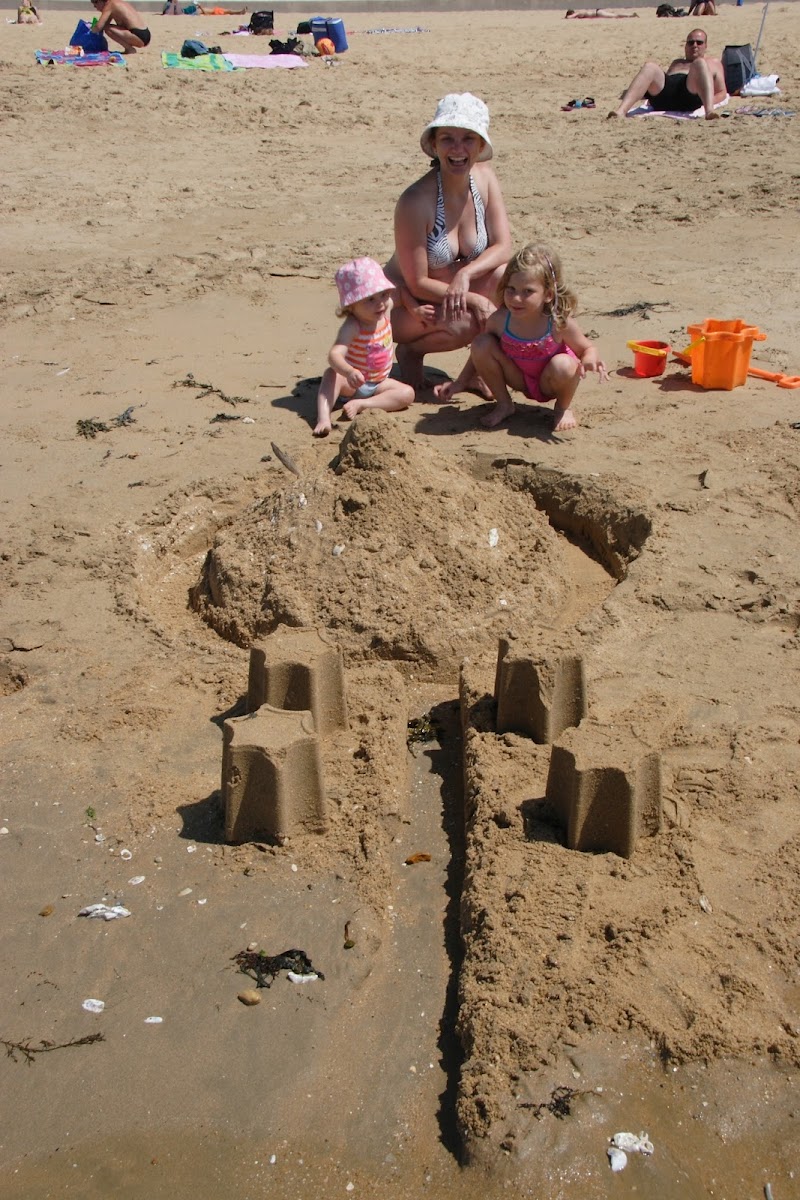 When we were halfway through our food there was an announcement about their flight. Apparently, despite the tiny airside departure lounge and despite the fact that their plane was still 30 minutes from landing, Granny and Grandad were required to walk though to their gate. Seems a bit bizarre, but in a way no bad thing because it made the decision for us over whether to wait and see them leave or whether to leave as soon as. There was no way the girls were going to survive outside in that heat for another hour so we all said our goodbyes and Granny and Grandad wandered through. It’s sad to see them leave, but then not too bad, especially for Ami, because she know’s she’s got another week’s holiday at their house before going back to school.

We had packed a shed load of swimming gear again and so we headed off down to Châtelaillon-Plage ( www.chatelaillon-plage-tourisme.fr ) again for a couple of hours. It took only 15 minutes to drive down there, so we were actually in plenty of time to park and walk on to the beach in time to see what was probably Granny and Grandad’s flight leaving over the Pont de Ré away to the north off us. Nothing but a tiny speck, but it was at the right time, and therefore probably the right one. On later discussion with Grandad, we found out that they actually took of thirty minutes late, so it wasn’t them in the plane we saw, and it further justifies our decision not to wait at the airport.

We spent a happy couple of hours on the beach building two fantastic sandcastles and watching them get trashed by the incoming tide. The first one was a very hurried job which got washed away before it really even got started. The second was an altogether grander affair, including a well engineered moat and four jolly impressive bucket turrets on the seaward side for added defence. This one probably took half an hour to build, but of course took no longer to destroy than the first effort. It did, however, draw a couple of compliments from the locals. 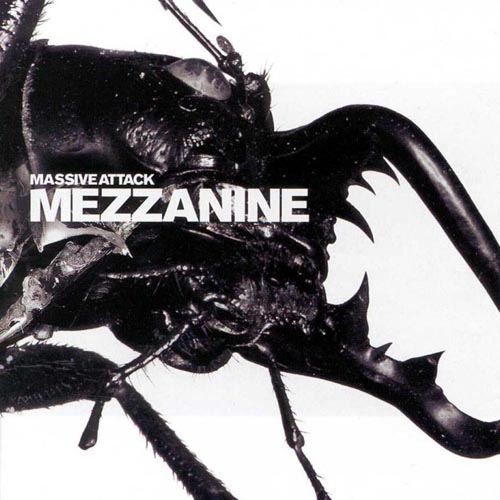 By this time everyone was looking and feeling a bit the worse for wear with the heat, so we jacked it in and went for an ice cream. It proved to be a long journey. We parked a bit further down the beach than the last trip, so the walk to the yellow and white hut was out of the question. So we drove out along the main street and were disappointed to discover no ice cream parlours. Is this a seaside resort or not ? So we progressed on our merry way and decided to follow the scenic route home by driving through the little villages instead of trolling round the motorway. This proved fun. We had promised Ami an ice cream and vowed to stop at the first place we saw. We also needed more bread and milk for the following day, so a supermarket of some variety was needed. Intermarche in La Jarrie satisfied the supermarket requirements but didn’t have the right kinds of ice cream. The village of Sainte-Soulle was very nice but didn’t seem to have a single shop that sold ice cream. The Coop didn’t have them, the tabac was just a tabac and the bar was just a bar (connected to the tabac). No inviting ice cream based signage at any point along the route. Bottom, bum, and other mild expletives. Just as well we’d got a little bit left in the freezer at home.

A bit of swimming with Edward and Lucy and family and then back indoors for cleaning up, team snooze and getting ready for the barbeque. Kas got all clean first with Izzy and then Kev discovered the soporific qualities of Massive Attack’s Mezzanine album. Neither girls really wanted a sleep, but the music was enough to do the trick, despite various “getting ready” noises from Kas in the bathroom. It worked so well that Kas had to wake Kev up at 6:40 with now only 20 minutes before the barbeque. Ami stayed on the bed fast asleep until 6:55 but somehow still managed to shower and get out just after 7. The get up and go soundtrack was provided once again by Abba. Seems to be good at getting Ami up and about. She got showered and dressed before the end of the “Take a Chance on Me”. Not bad at all.

The barbeque was one of our normal “bring your own drinks and dead animals” affair with everyone having an invite. Everyone attended. 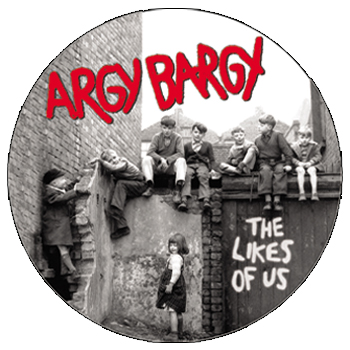 Paul and Edwige, our hosts, supplied us with a bucket load of sangria and a pile of nuts, crisps, chorizo, tomatoes, corn on the cob (home grown), and other bits. The kids did a fine job of raiding the nearby field for some unripe cobs of corn. They were duly chucked on the barby, but I’m not sure anyone ate any of them. So we all spent a fairly pleasant evening of getting quietly drunk whilst allowing the kids to do whatever they felt like. Most of this was good stuff. Most visited each other’s apartments. Ami decided she wants loads of dolls like Lucy’s. Edward seemed to adopt Izzy like a big brother. All the adults learned a bit more about each other and pretty much anything having an alcohol content was dispatched with enthusiasm and speed, mainly by Kev, it has to be said.

There was some argy bargy towards the end. No, not the leading lights of the UK Oi! / Street Punk movement, fronted by the legendary Watford Jon and with Cock Sparrer’s Daryl Smith on guitar. Not that kind of argy bargy. The kind of argy bargy involving one of the kids breaking into the service area in the barn, which resulted in Paul having an unpleaseant kind of conversation with the relevant parents. And then there was a bit of back-chat around the subject between various parties, but it’s probably not fair to mention who was the guilty party, so I won’t. I didn’t really see the incident or understand what had happened, I just overheard a few snippets of less than friendly discussion.

So a bit of a sad end to an otherwise excellent night, in which most of the children surprised their parents by staying up late without any major tantrums (or should that be tantra).