Blimey, it’s the middle Saturday. A week tonight we’ll be back in Blighty. So we’d better make the most of the remaining week.

Saturday started fairly quietly with nobody but Grandad out of bed before 8am. By the time most of us surfaced all of our neighbours of the last week had pretty much gone, so Luke, Ros & Maeve, big family in the big house and family from up North who lived round the corner, we hope you had a good holiday and a safe trip home.

Ami will miss many of you, although probably only until tonight when some new people arrive.

Meanwhile, back at the plot, we’ve got another week of fun packed adventure in prospect. 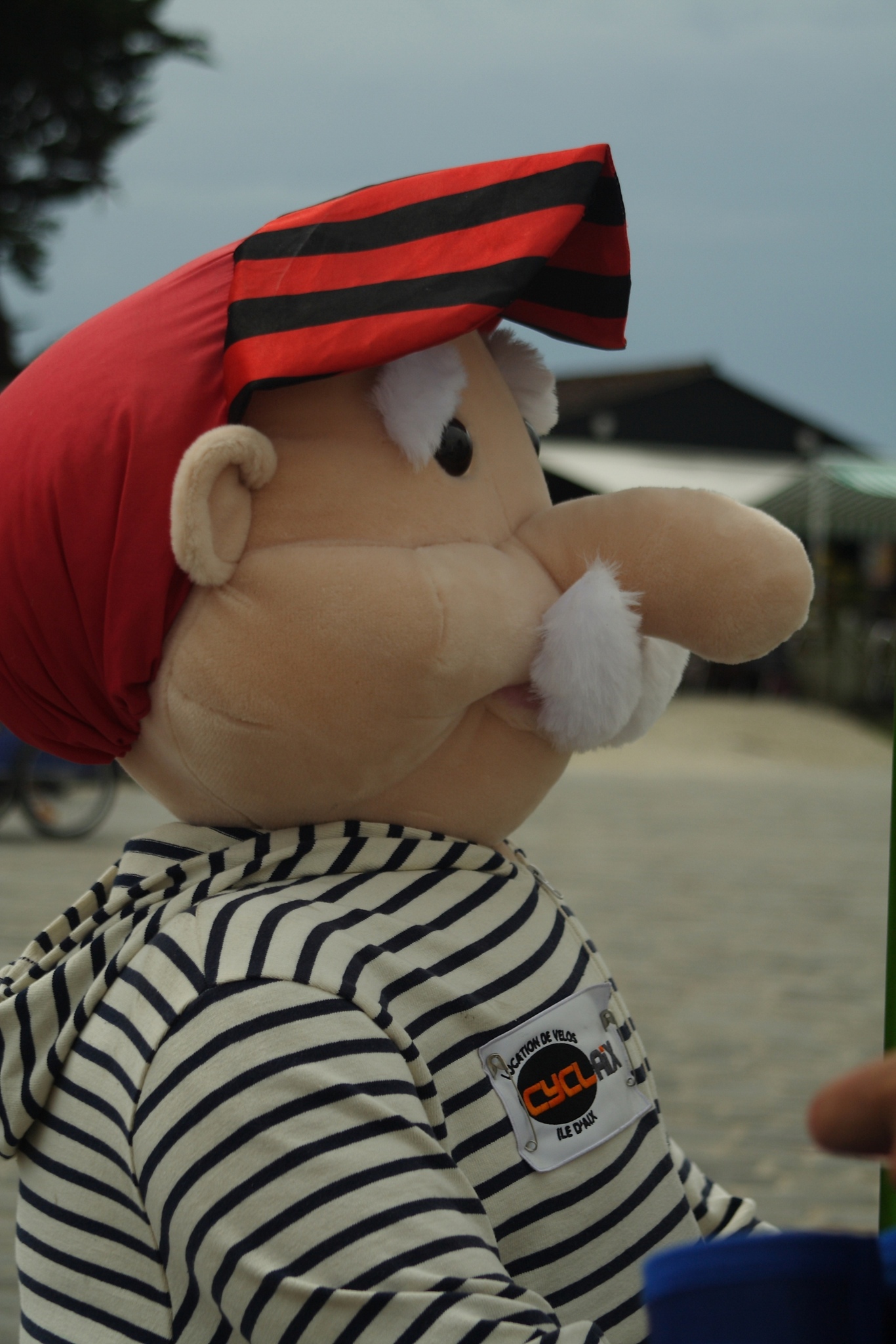 We spent ages last night trying to decide what to do and eventually decided to try the Île d’Aix ( www.iledaix.fr ). It looks interesting enough for a day’s entertainment, so that seemed good enough. So we followed the N11 and then down the road towards Rochefort ( www.ville-rochefort.fr ) as per yesterday. On the way we took the opportunity to refuel the thirsty old bus at the Carrefour at Angoulins. We spyed on the way past yesterday that they seemed to have very cheap diesel, 5 cents cheaper even that the other Carrefour in La Rochelle, only 10 miles away. As with hypermarkets in the UK in the middle of Saturday morning, the forecourt was heaving. Possibly this was because it’s an unattended pay at pump station. We had to queue behind four other cars to get to the front. The guy in front pulled off with his fuel flap still open. Eventually though, the pump delivered the goods, and it accepted an English credit card too.

So onwards to Fouras ( www.atoutfouras.com ) and the Point de la Fumée. There’s a big car park at Point de la Fumée which is part full of day trippers and part full of people going to Île d’Aix ( www.iledaix.fr ) for the week and leaving their cars there. At midday on a Saturday it’s mainly the latter. The ferry over costs a fairly steep €13.20 for adults and €9.10 for kids. Quite a lot for a twenty minute ride, but I guess you’re paying to support the locals as well as run the ferry.

When you arrive at Île d’Aix ( www.iledaix.fr ) you get trampled by weekly tourists lugging their luggage around in two wheeled hand carts and by multitudes of people throwing flyers at you for various services on the island. It’s not like there’s many places to go, so it seems a bit unnecessary to have to advertise.

We elected to go for a horse drawn carriage ride around the island because it looked to big to walk and rather unlikely we could get Granny and Grandad on bikes. This also seemed a bit steep at €7.50 a pop, but it’s a captive market, I guess. The next ride was in 90 minutes, so we had plenty of time to walk up and down a bit and buy lunch, big sandwiches and a big bag of chips for the kids. Nice, actually.

There was some argy-bargy at the carriage stop when Grandad moved a bench for us to sit on so as to avoid the smell of horse wee, and was then promptly told we couldn’t possibly do that. It had to be moved back. So we stayed put, except now we were on the floor instead of on a bench. The toilets proved to be fun as well. Squatties, with a nice line in “all over” cleaning instead of conventional flush. You walk out and press the red button, at which point the whole cubicle gets sprayed with water and disinfectant. Nice. It means that the floor is constantly wet. Kas has trained Ami that wet toilet floors are generally a bad thing, so Ami wouldn’t go anywhere near the place. 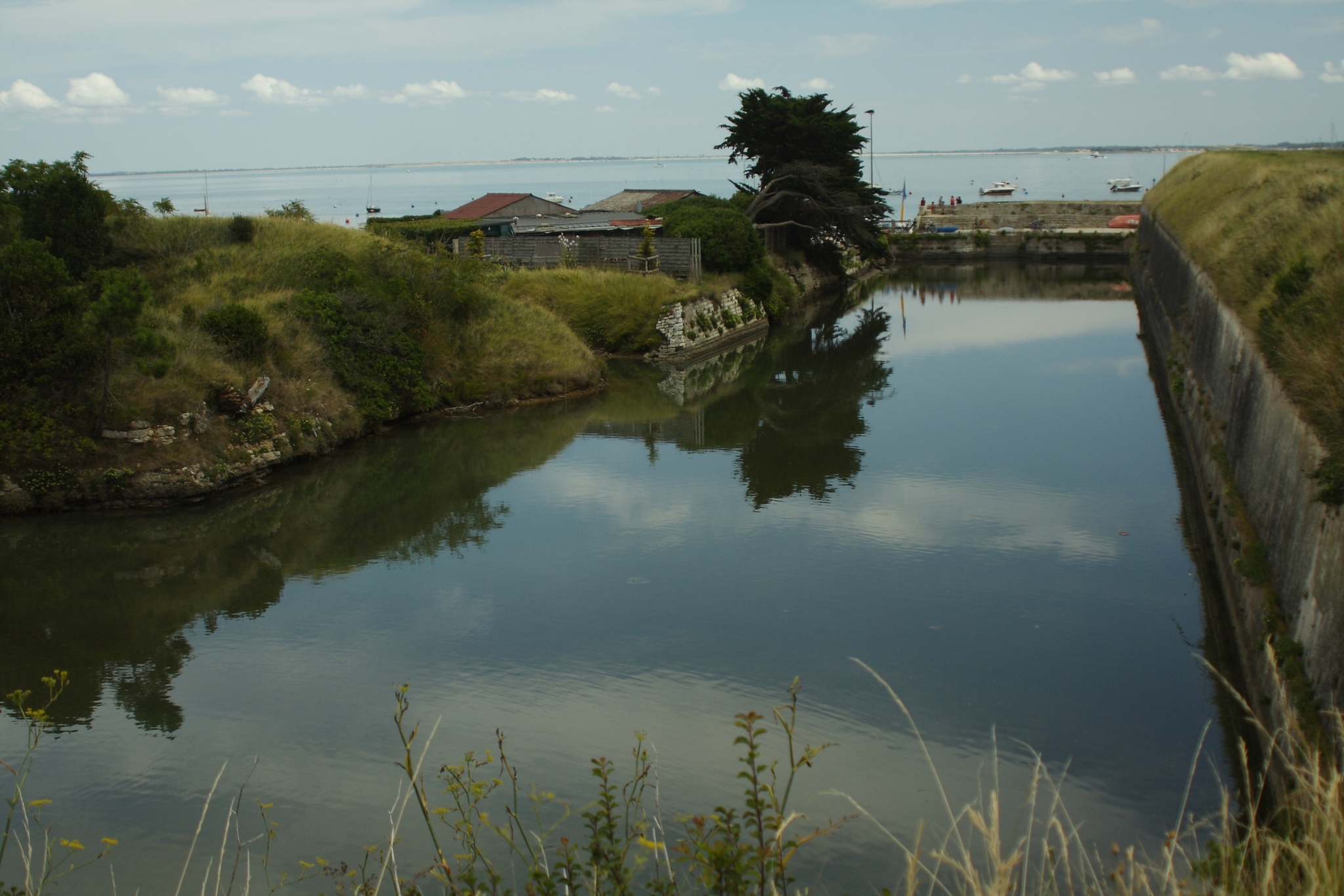 We wandered over to the nearest set of old fortifications (there are plenty on Île d’Aix ), which gave us a great view over towards the Île d’Oléron ( www.ile-oleron-marennes.com ) and Fort Boyard, as well as one of Aix’s beaches.

The horse carriage was slower than Slow Jack McSlow on a slow day in Slowville, to put it mildly. It would have been faster to walk, but I guess that’s not the point. There were some bursts of moderate speed down the gentle downslopes (it would be exaggeration to call them hills), but otherwise it was deathly slow. Ami was a bit bored, and Izzy decided it was just too dull for words, and promptly fell asleep. She woke up about 2 minutes from the end. A bit like the Walls sausages advert, she only saw the best two bits – the start and the end. The tour itself was not really interesting for us because the commentary was entirely in French, so we had absolutely no idea what the guide was trying to tell us. We picked up occasional words but nothing enough to follow the story. So really it was a plod around a flat island whilst being overtaken by pedestrians. I’m sure we got burned off by a sloth at one point. It wasn’t that bad really, and I guess there’s only a certain speed you can get out of a big carriage drawn by two horses. The horses themselves were no strangers to a bit of nosebag, if you know what I mean. And the corners were a bit tight in many places.

On return to the main square, Place d’Austerlitz, we dismounted and decided a quick walk round the nearby fort would be good. It provided some interesting outlooks towards Île d’Oléron ( www.ile-oleron-marennes.com ) and Fort Boyard again but is actually now reserved mainly for campers and some French chain holiday resort thing. All a bit funny, and whilst there aren’t many signs telling you not to enter, you feel a bit weird walking through someone else’s tent flaps, as it were.

At which point we noticed there was 25 minutes to go before the 3:30 ferry. Just enough time for ice creams at the cafe by the ferry station. Magnums, one coffee, and a Rocket lolly for Izzy. The Rocket lolly was later to provide the necessary materials for a wet t-shirt competition for anyone who went within two yards of Izzy.

The drive home was quick and quiet. We made the usual stop at Marche U to get yet more bread, and then back home.

The weather had been a bit muggy all day and by the time we got home it was turning. As of around 6:30 pm it started raining. It rained a lot. It was coming down like stair rods. As I write this at 11pm the rain has stopped, and we’re looking forward to another fine day tomorrow.

The girls went to bed early again because this plan of getting them into a routine seems to work. We’ve had another strop-free day.

We had a brief visit from our new neighbours in the big house, who were searching for a means of lighting the gas hob. Ours had an “ignite” button, so we can’t exactly lend it to them. However, we found matches in the draw in the “spare” kitchen which Kev duly took around. On arrival, we discovered that the new neighbours also found matches in their kitchen draw, so it wasn’t needed, but hello anyway and more of that on the next day’s diary….. 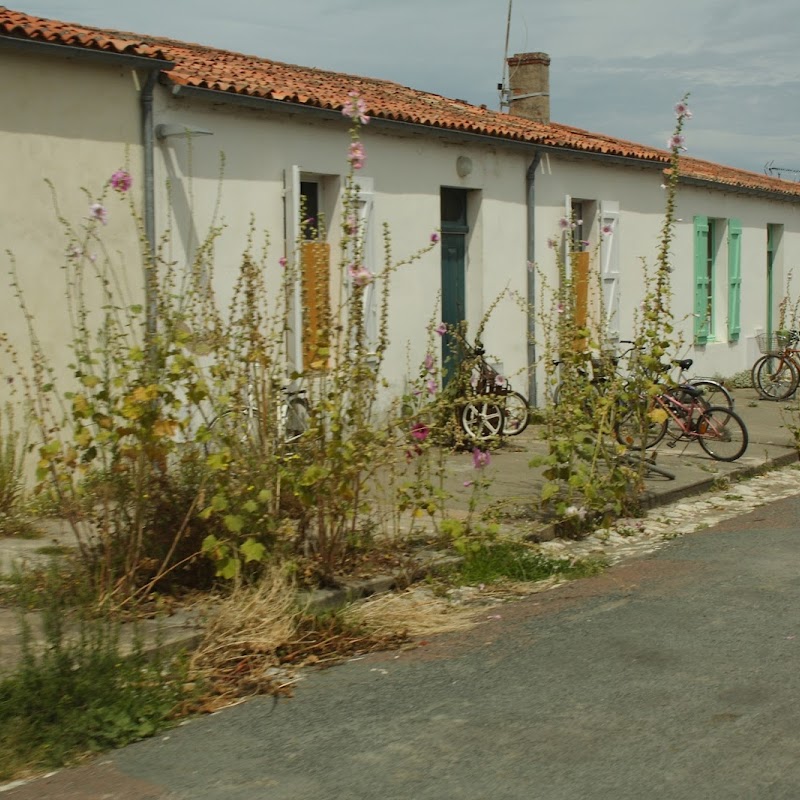 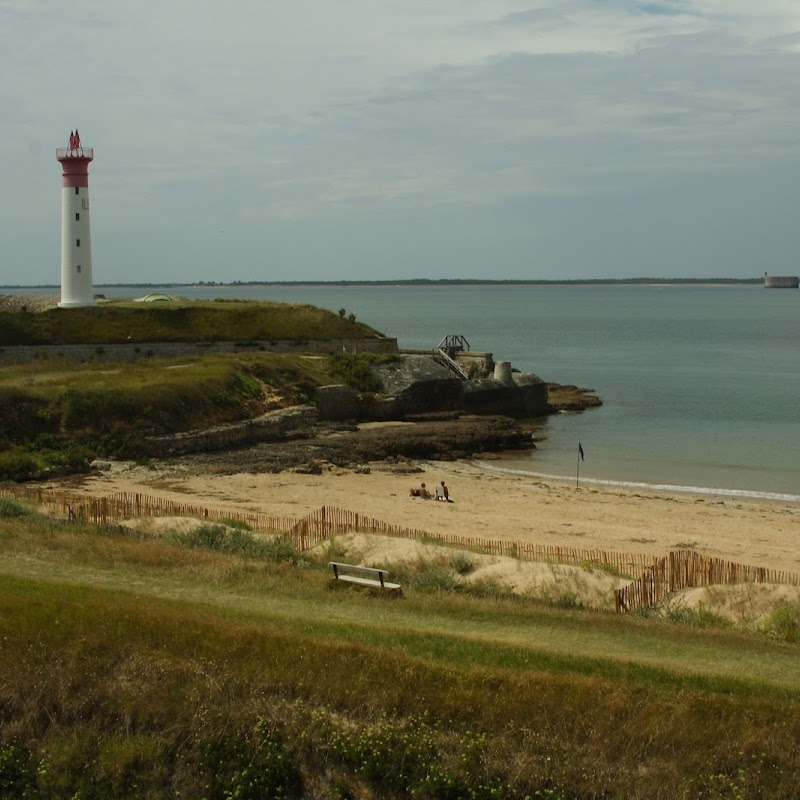 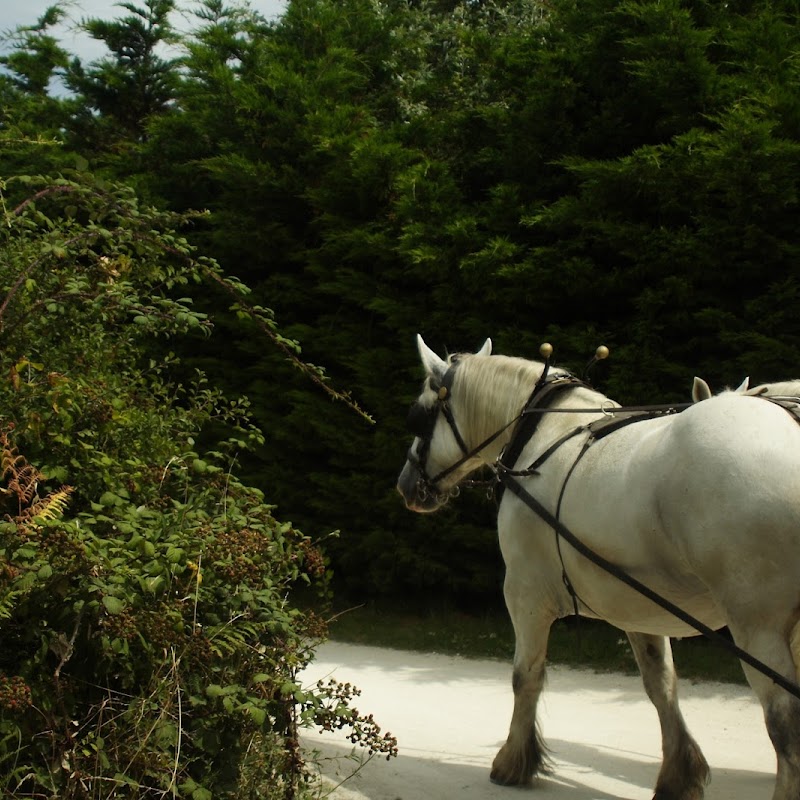 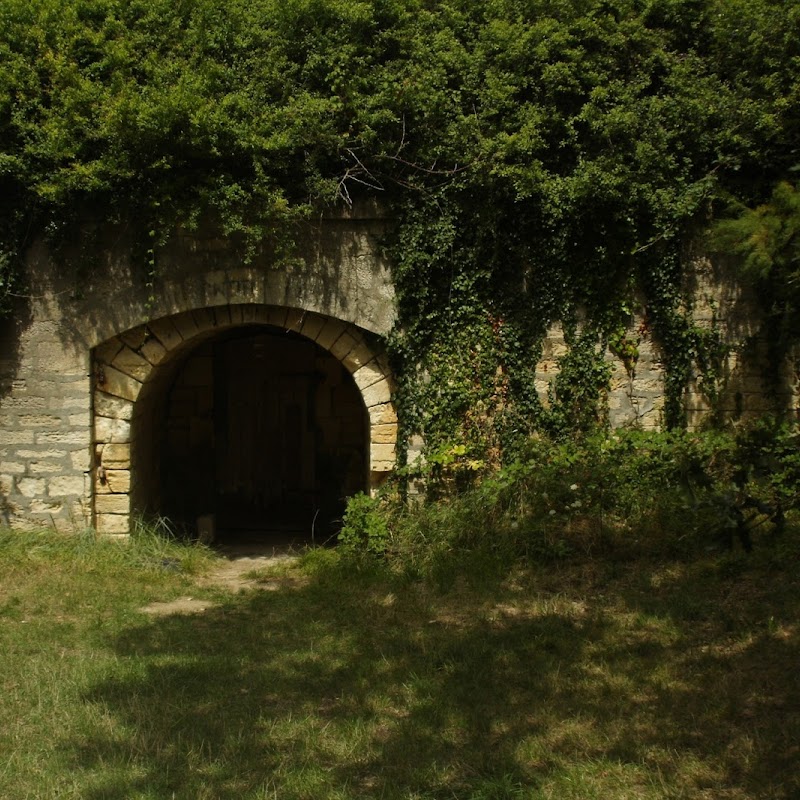 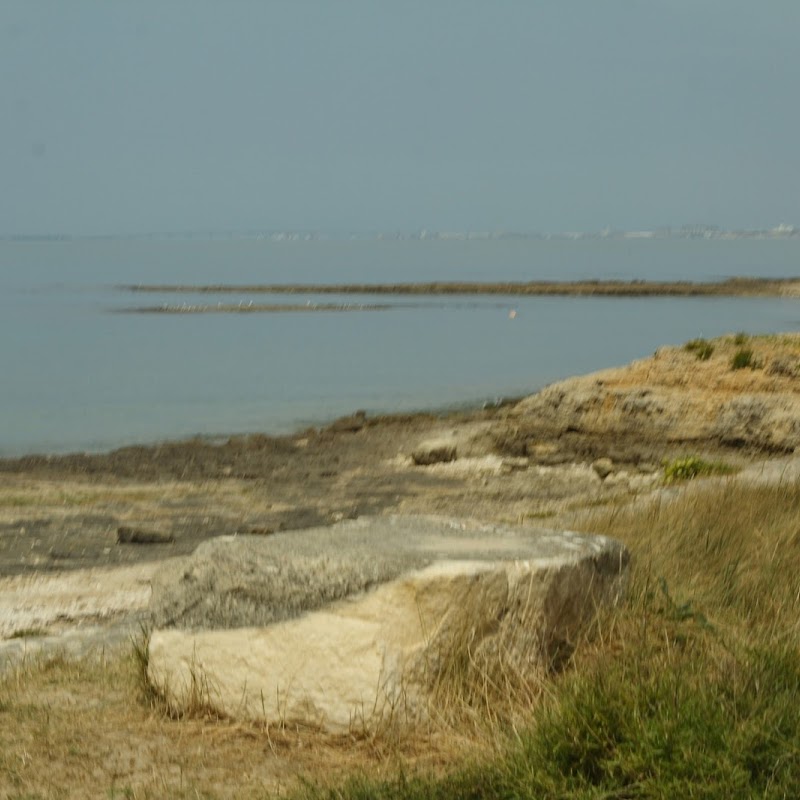 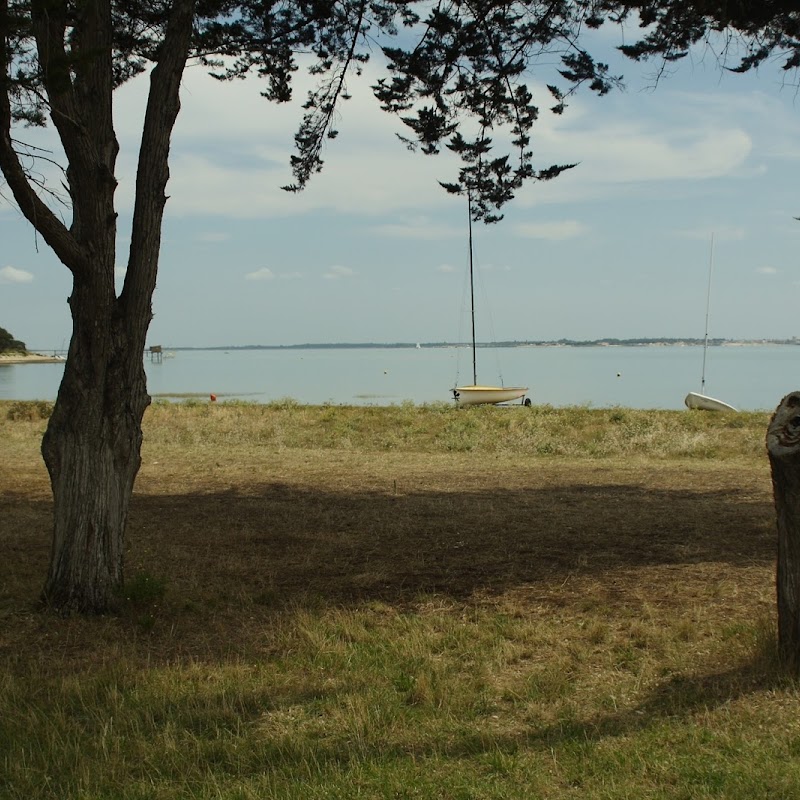 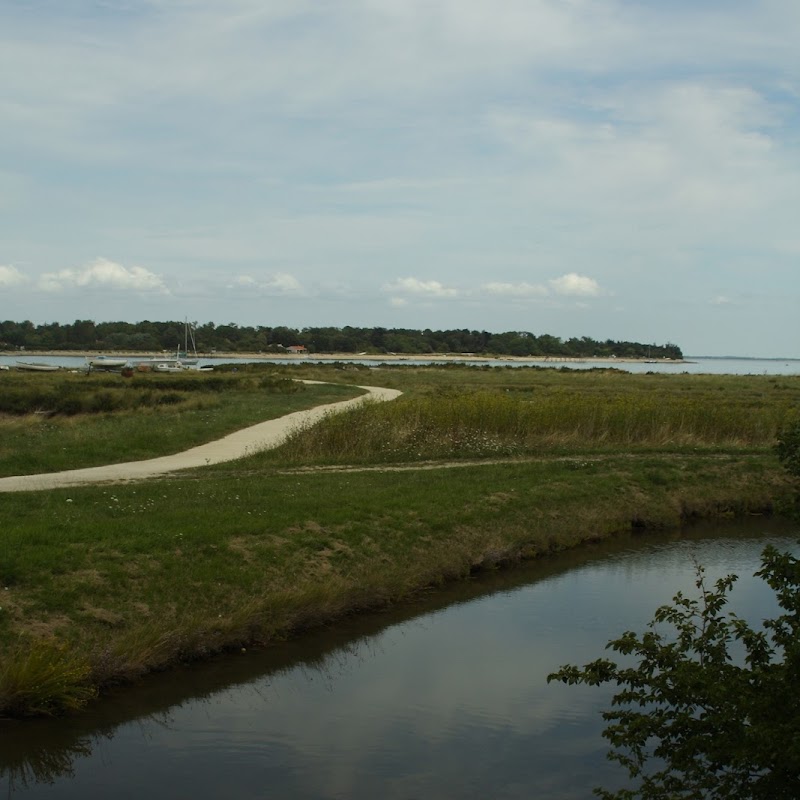 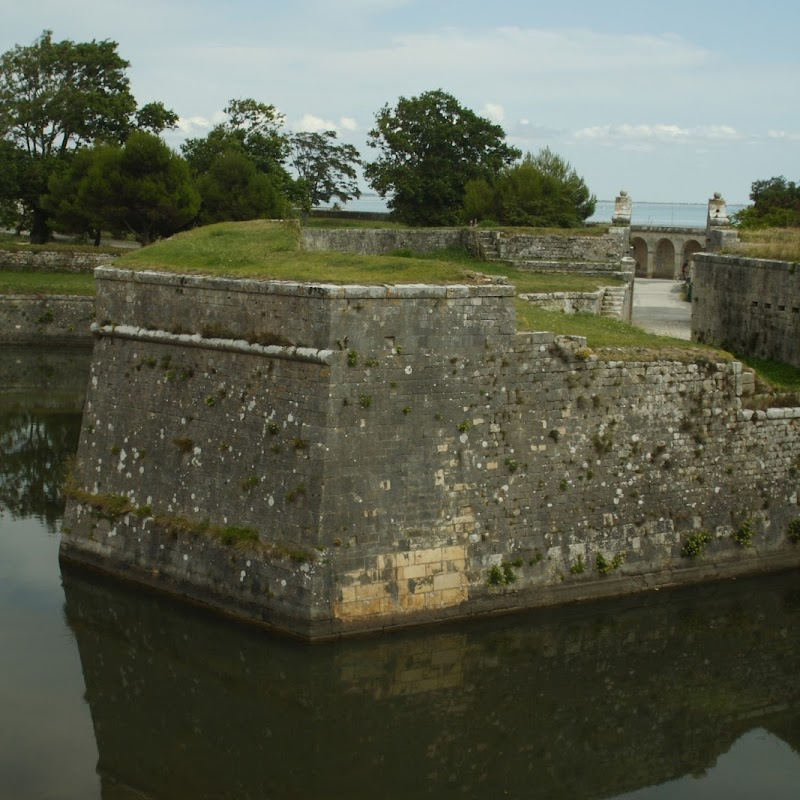 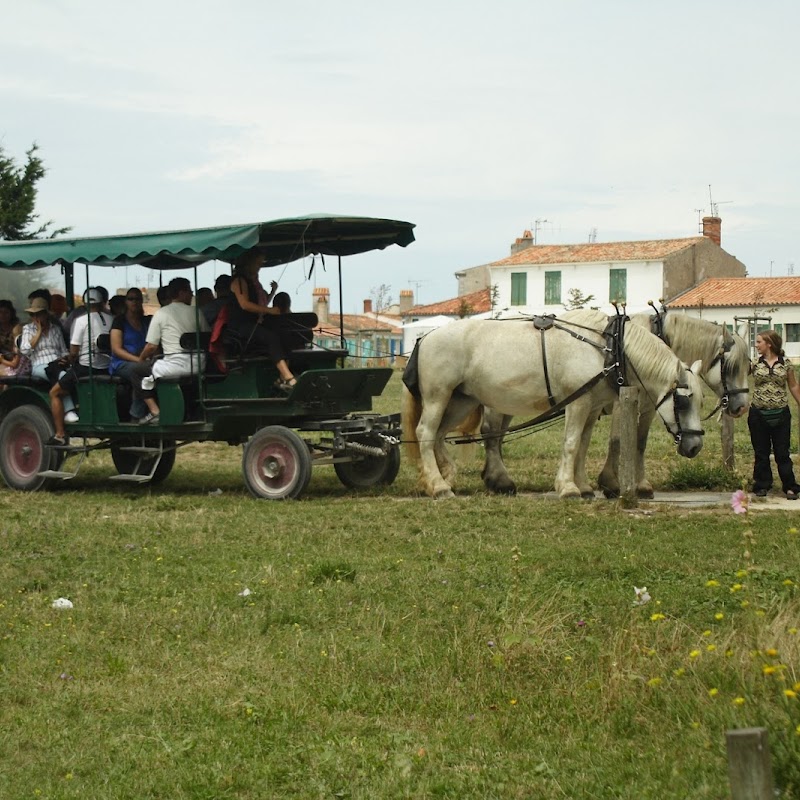 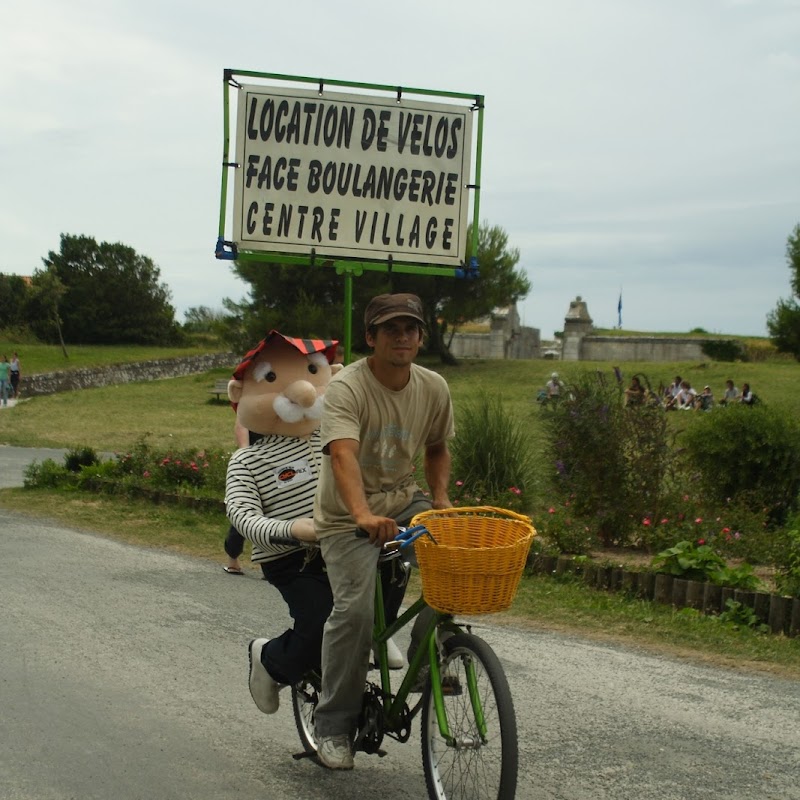 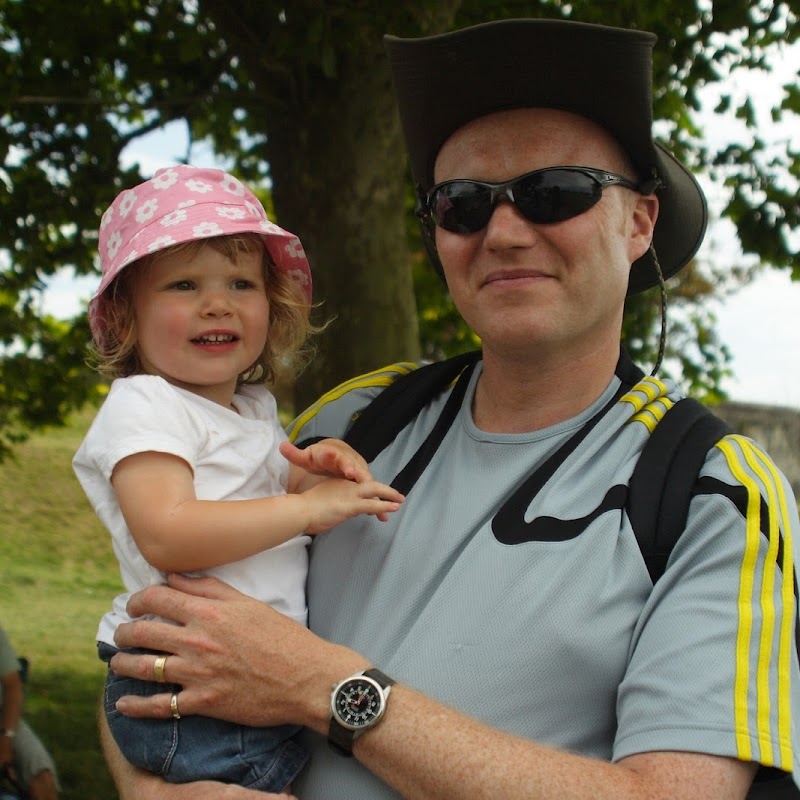 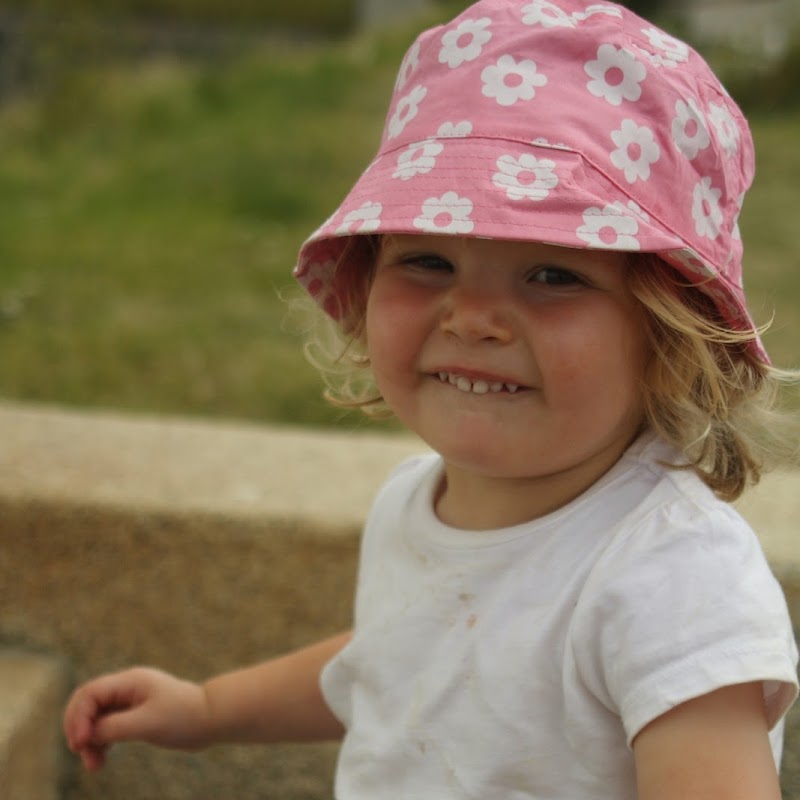 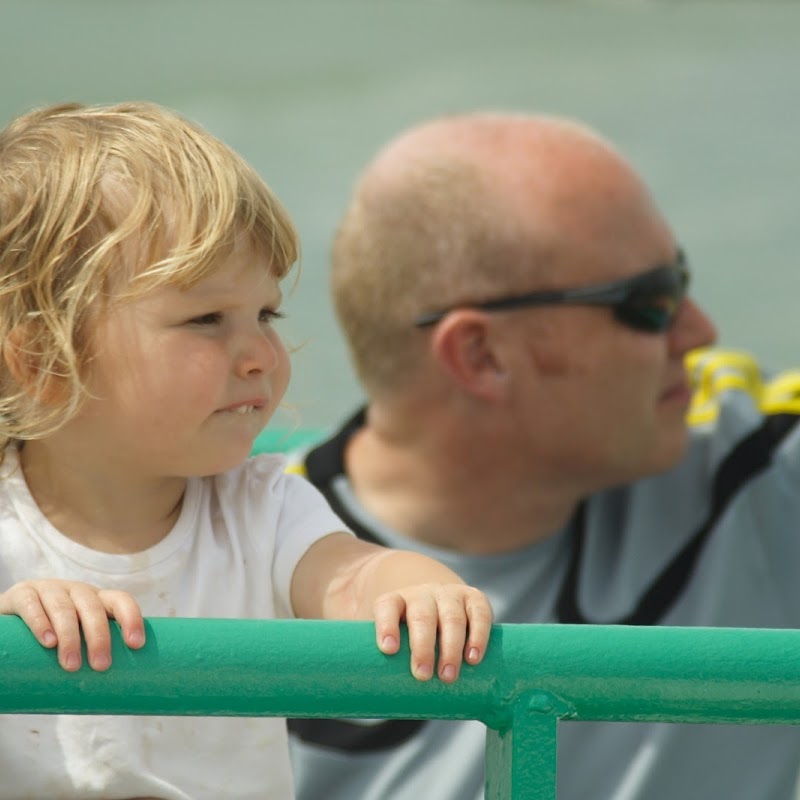 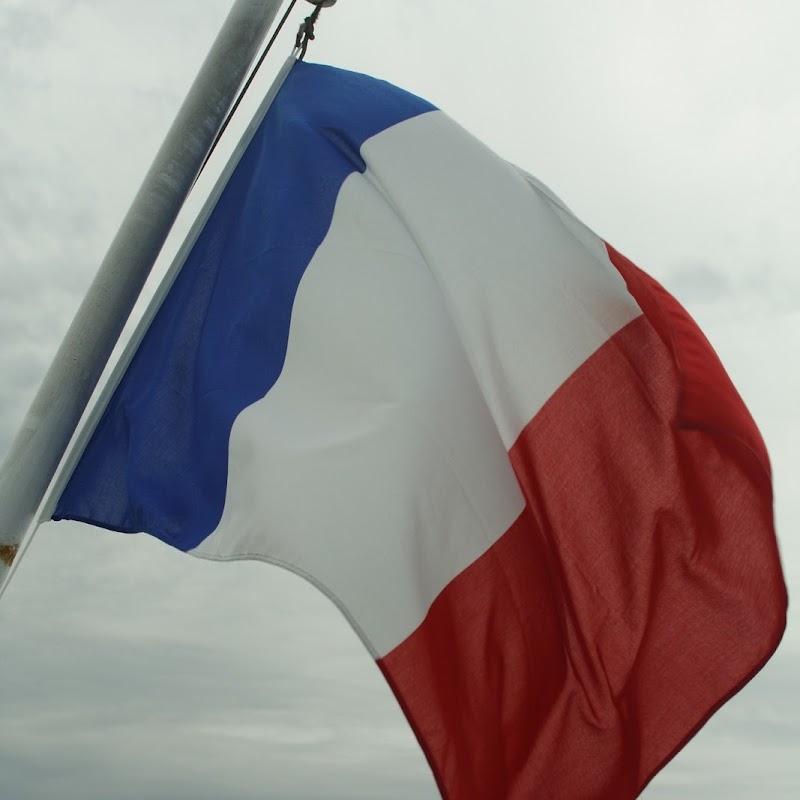 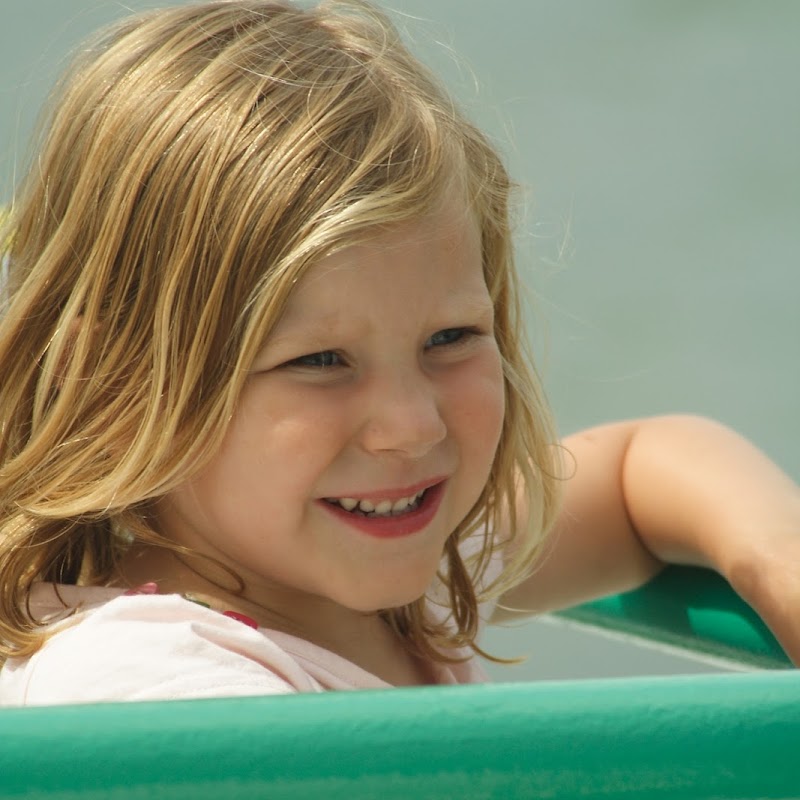 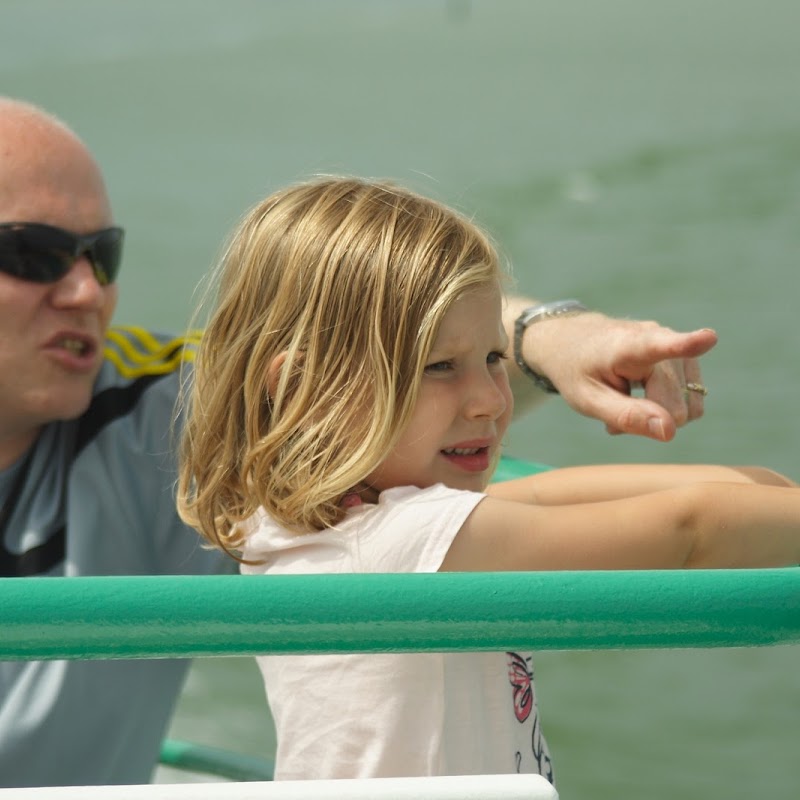