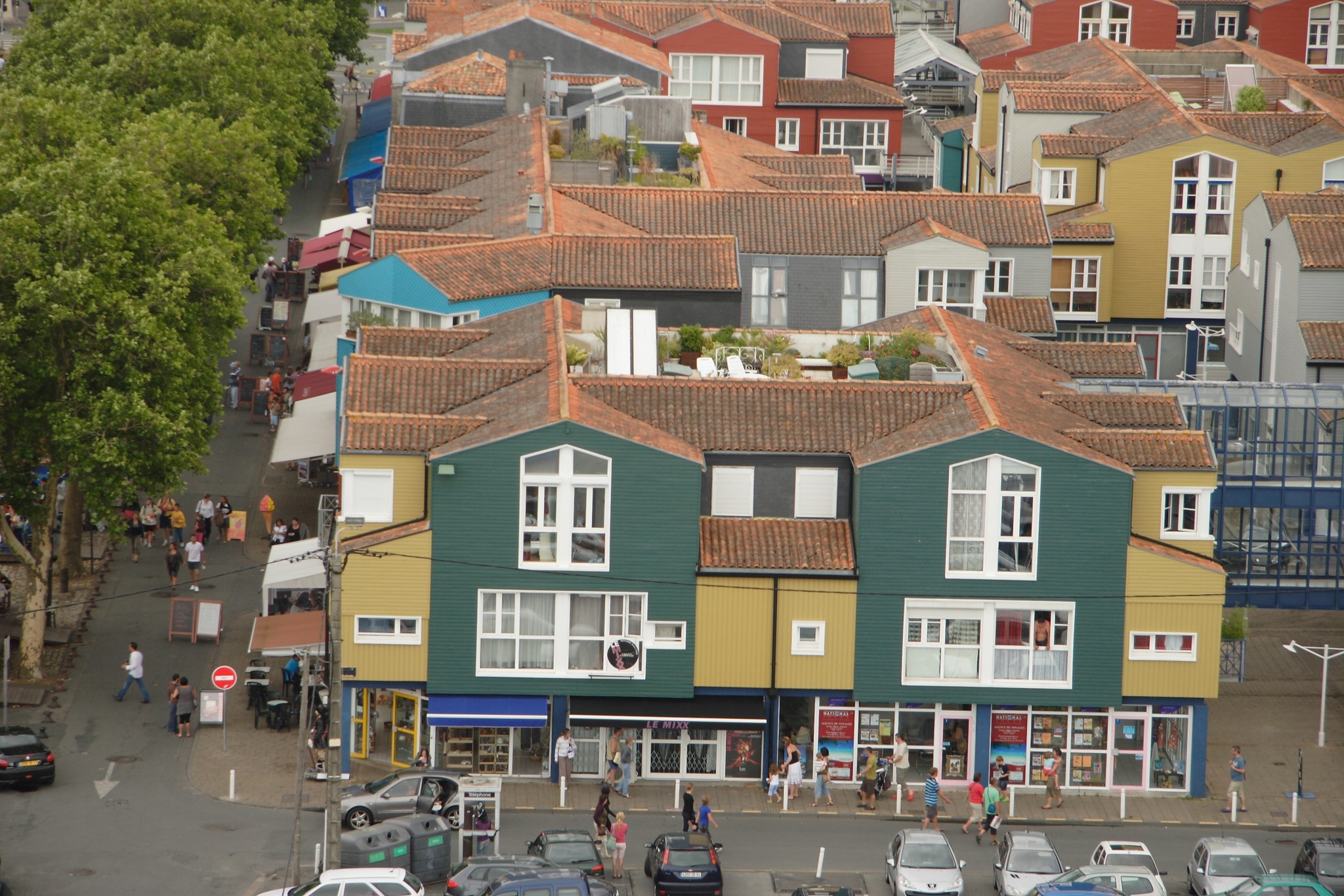 Now, the last time we came here it was hot. Not just “a bit warm” or “nice”, but downright hot, all week. So it was a bit of a surprise to wake up to a cloudy sky. Where did that come from ? And more to the point, when’s it going to go away ?

Granddad woke up first, as usual, and did a fine job of keeping both girls entertained until a sensible time. Izzy had breakfast but Ami decided on a bit of a grump, again. It didn’t last too long though – one jam covered face later and we were back to relative normality. We spent much of the morning mooching about whilst deciding what to do. We eventually plumped for making a picnic out of all the food we had left, and going back to La Rochelle ( www.ville-larochelle.fr ) to visit the towers in the harbour.

We chose to try to park at the Aquarium, but also vowed to try to find some better street maps so that we avoided any repetition of last night’s parking shenanigans.

Overnight we had discovered a useful little map of the town centre, which got us close enough to follow an fairly circuitous route round the southern side of town to the Aquarium. There’s a handy car park beside it which is convenient for the Vieux Port.

Today it proved to be so handy that there weren’t actually any spaces left. We had to wait until someone else left before we could get in, but at least we were fast enough off the line to beat the French bloke at the barrier next to us. In ‘yer face, French bloke….. This allowed the Gardners world famous good parking karma to kick back in as we managed to stalk a punter who was parked only yards from the entrance, and we nicked his now vacant space.

The daughters were, of course, magnetically drawn towards the dancing fountains, but we escaped with relatively little soaking. So we progressed on through the Aquarium entrance hall and over to the Gabut area. We made a brief stop at the Tourist Information Office, where Kev picked up a summer magazine containing some slightly more detailed maps of the town centre and an English translation of one of the general Poitou-Charentes tourist brochures we found in the gîte. We then found a corner shop selling essential lunch items like coke, fruit and crisps. It was midday by then, so we plumped for a proper British picnic, involving all of us clustering round a bench seat that wasn’t quite big enough whilst trying to get the kids to eat something other than crisps and sweets. Failed. The weather was also a bit dodgy. It was windy and quite cold. Not at all what we wanted, so lunch was hasty affair. Time to warm up by climbing a tower. 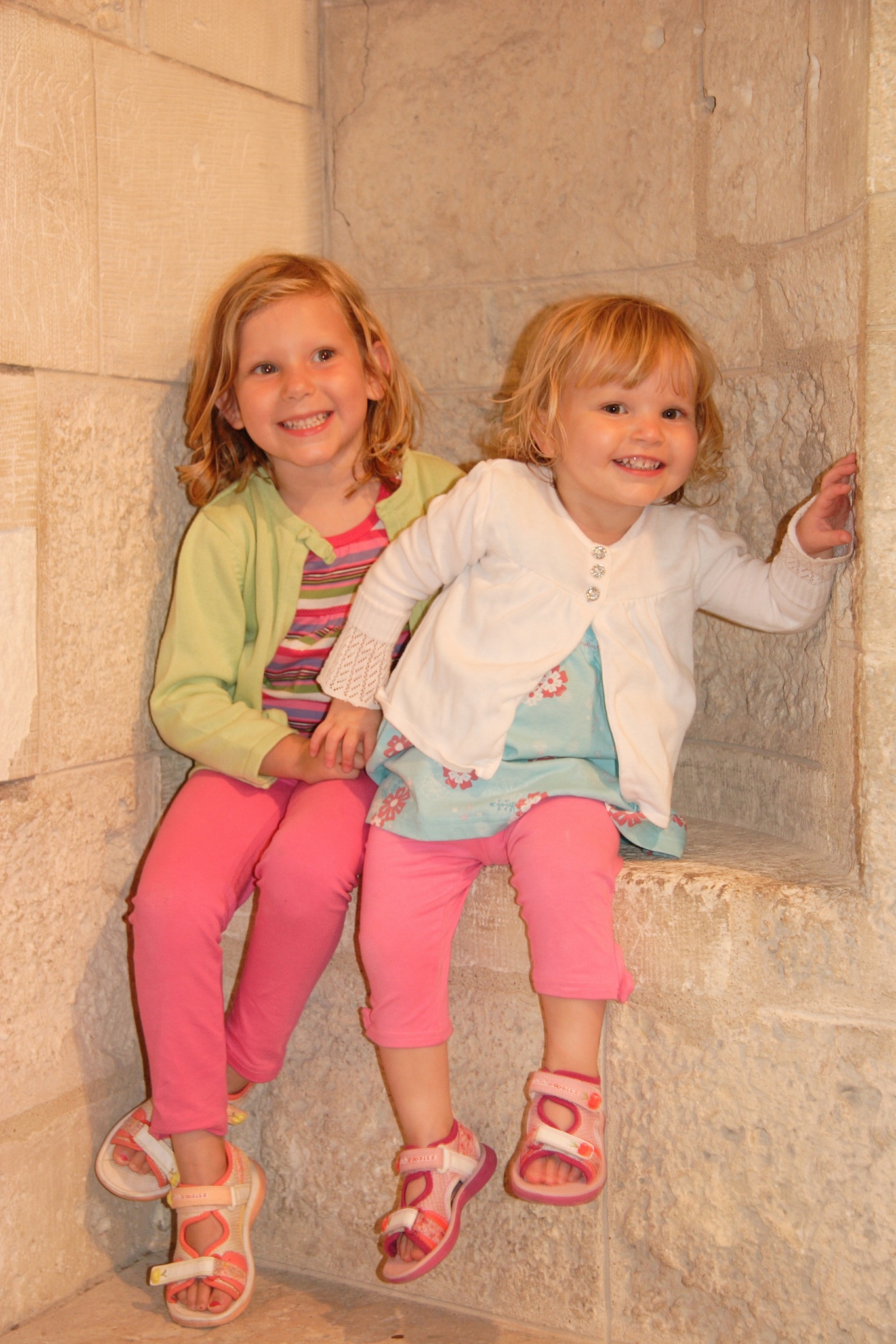 The Tour St Nicholas is the bigger one of the two right by the mouth of the old harbour. It is also the best to walk up and around. There is more to see. It has some pretty dodgy blockwork on it. Halfway up the masons noticed that the courses of stone weren’t running horizontally, so they quickly straightened it up and added a castle-sized dado rail in the vain hope that no one would notice. In a certain light you don’t, but in others, it is pretty obvious. Anyway, you can climb this tower all the way to the top, and when you get there, you discover there’s a second roof higher up than the first. Izzy walked all the way up with some help from Granddad, which is no mean feat for her, given that some of the steps were up to her chest. Bendy little blighters, these kids.

At the top we had a flurry of rain, which dampened the girls’ enthusiasm a bit. However, if you’re going to go there, go all the way. The views in all directions are great and the holes in the ramparts allow you to barf straight down the side without getting your shoes wet. How do you manage to get lumps of rock to do overhangs like that ? I thought rocks had no tensile strength at all…..

Suitably castled-out for the day, we plodded round the Vieux Port and found ourselves on the Cours des Dames again, where we had dinner last night. We stuck just to ice creams this time. Kev didn’t get one, knowing full well that there was a 90% chance Izzy wouldn’t want hers. Her initial enthusiasm at the sight of it turned into total rejection by the time it was within eating range. Never mind, Izzy went off for a grump with Granddad while the rest of us finished up the ice creams.

The little solar powered boat chugging across the inner harbour has now been renamed “Izzy’s Boat”, by Izzy herself. Amazing powers of recognition, but I’m not sure the “baggsy” method would stand up in a court of law. Never mind, we don’t have a big enough body of water at home to need a boat. As mentioned before, it isn’t quite as solar powered as it looks. The Cours des Dames end is where they have to charge it up for 10 minutes. They should have put duracell in it.

I’ve decided that having two children is about five times the work of one. It’s like herding cats. Just when you think one is going where you want, you discover the other one isn’t. And they alternate between shooting off in random directions and walking very slowly right in front of you. It’s a wonder any of them ever make it to adulthood, and it’s a good job there’s four adults. This is the minimum number required to successfully marshal two children through busy streets. 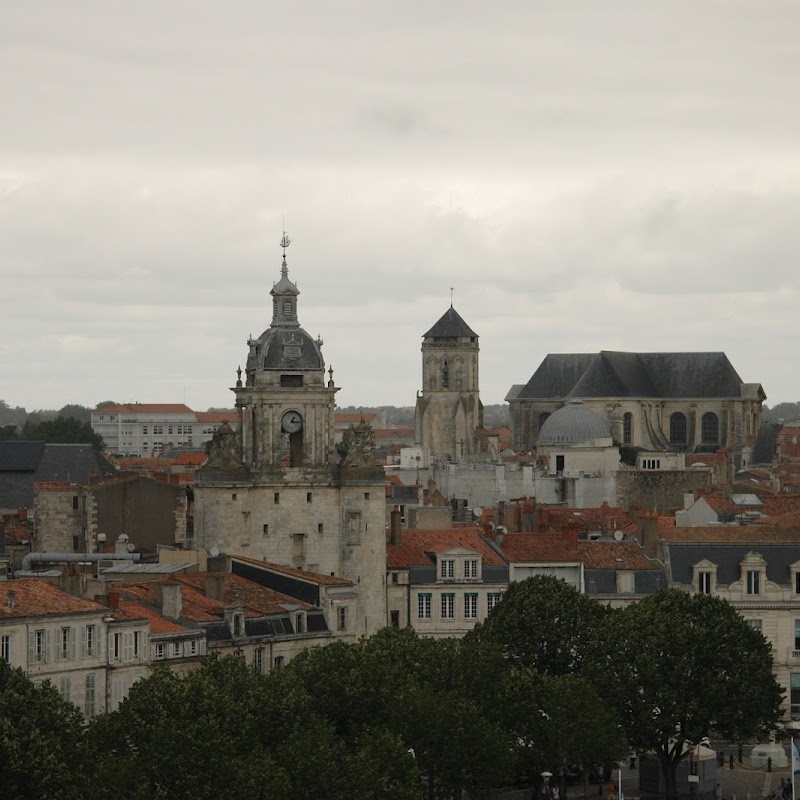 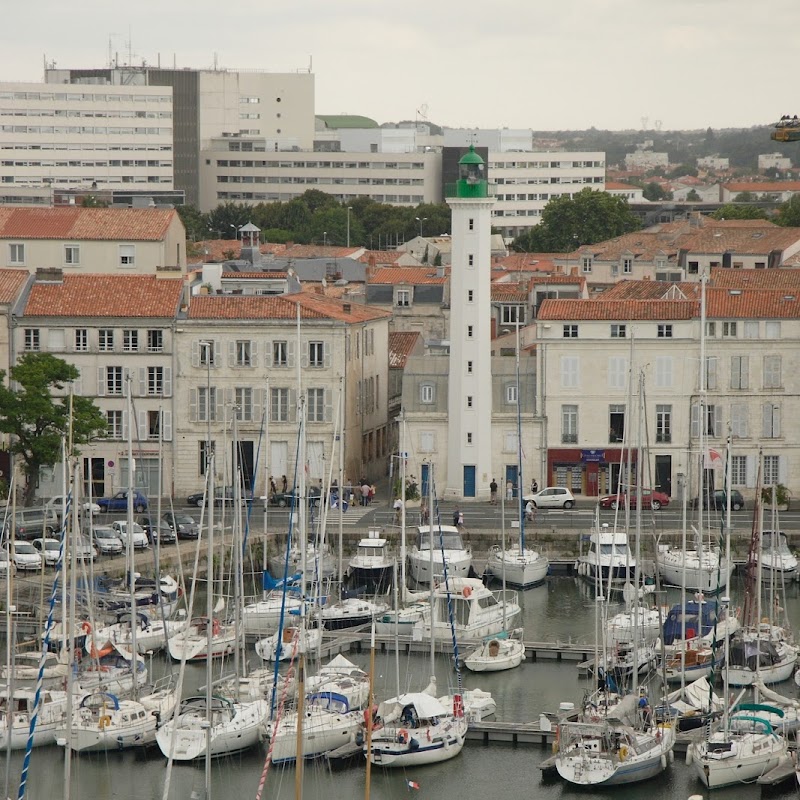 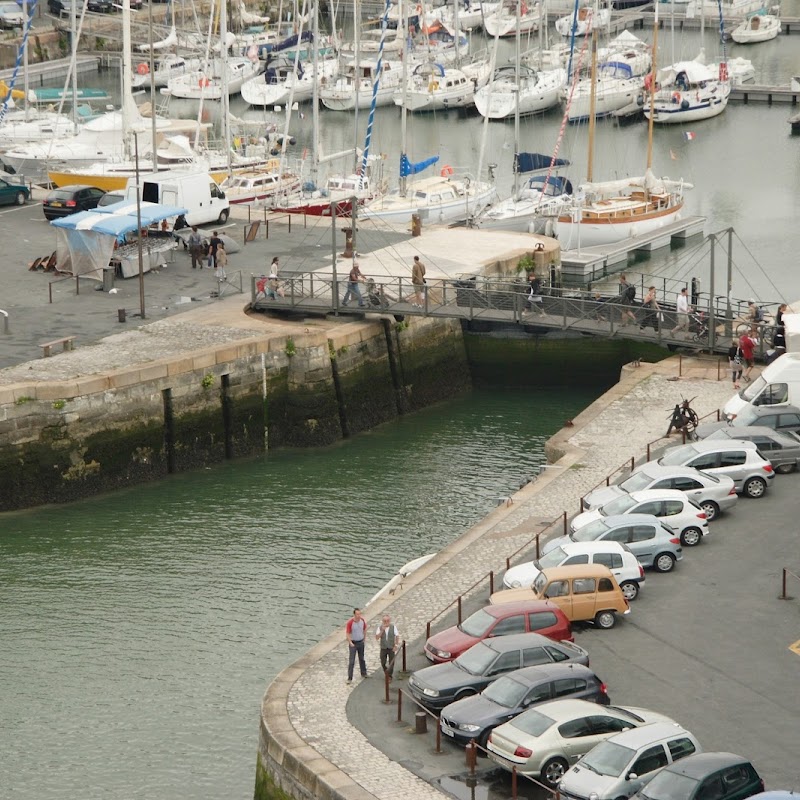 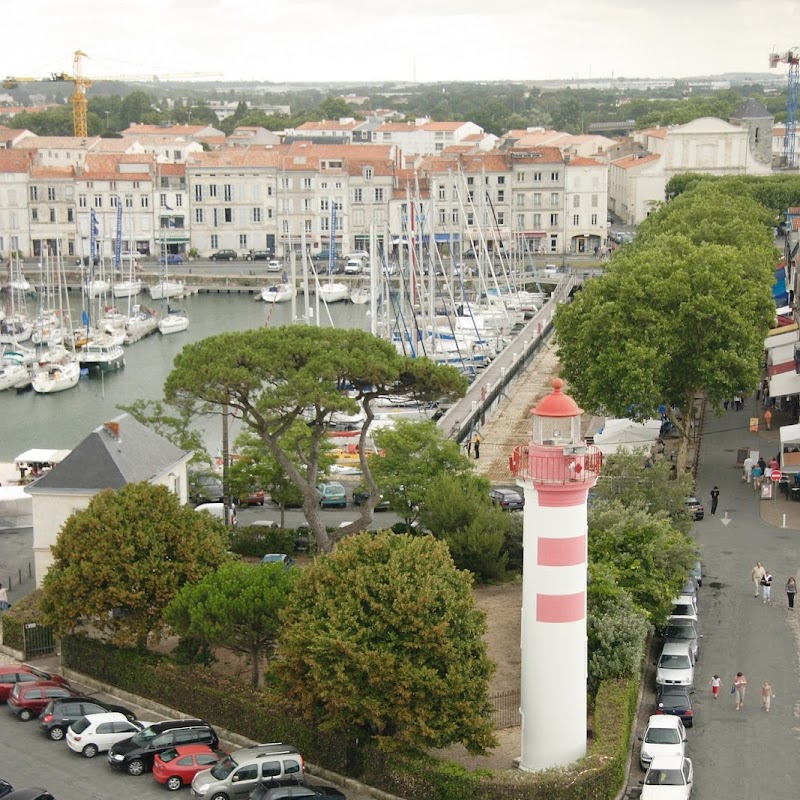 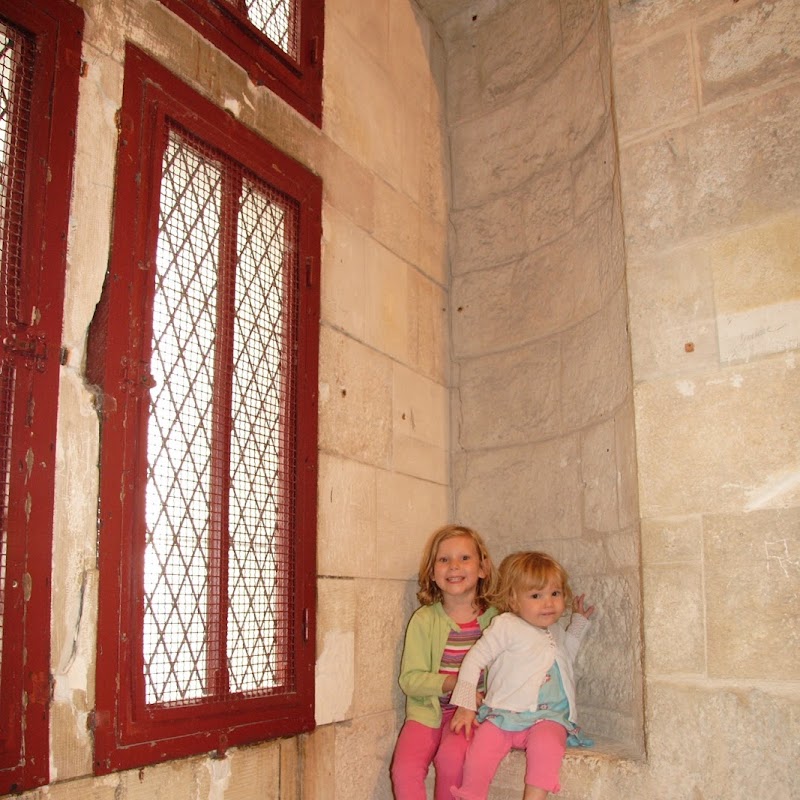 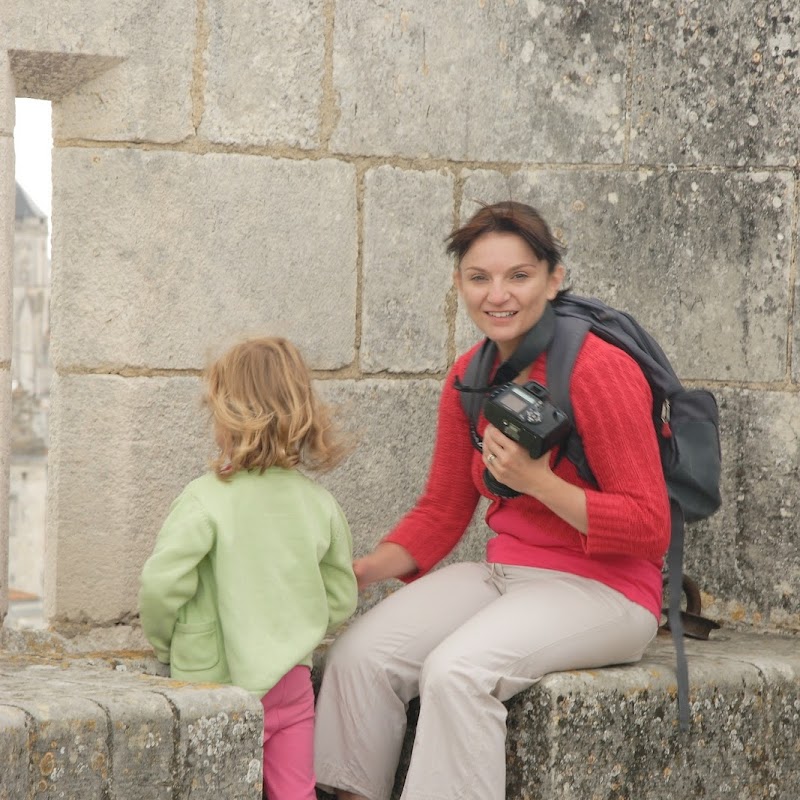 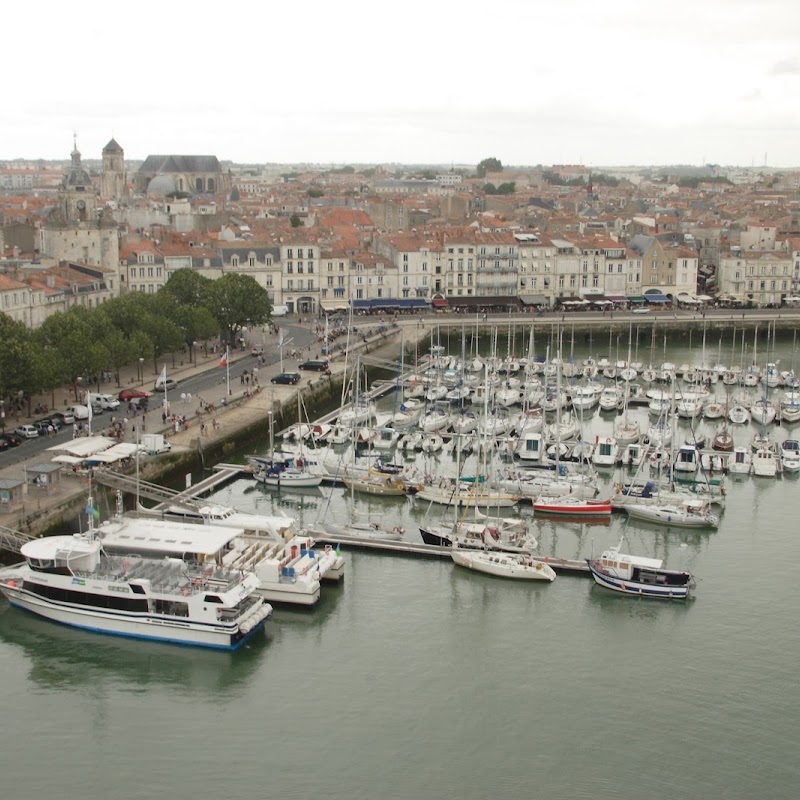 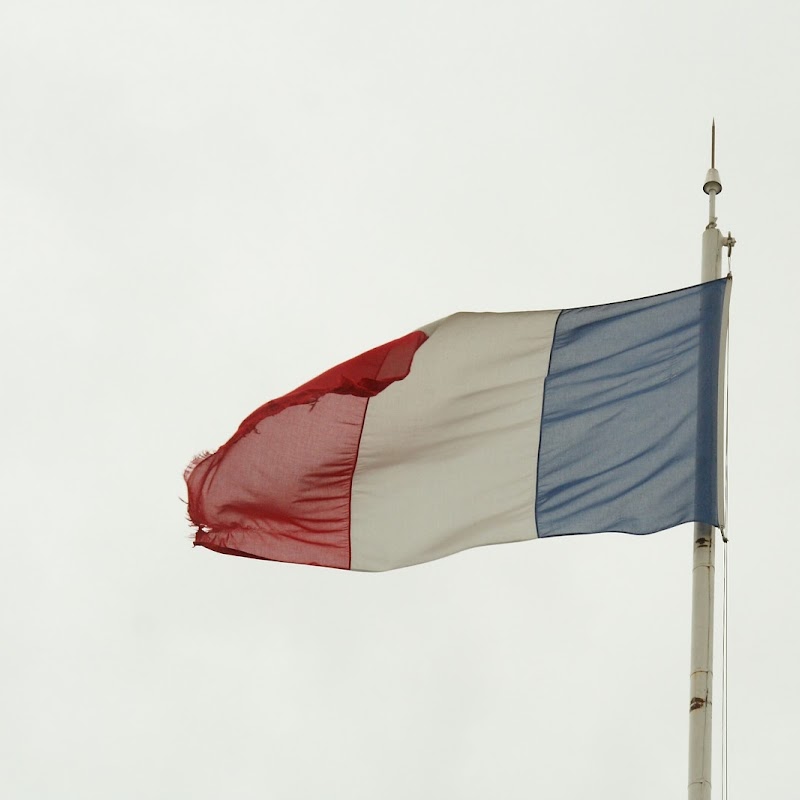 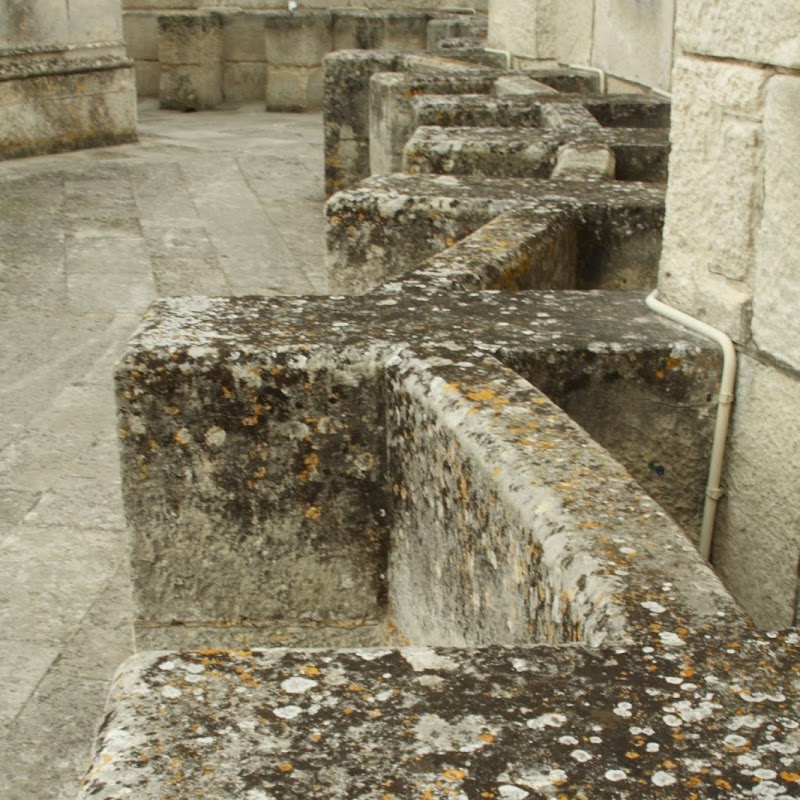 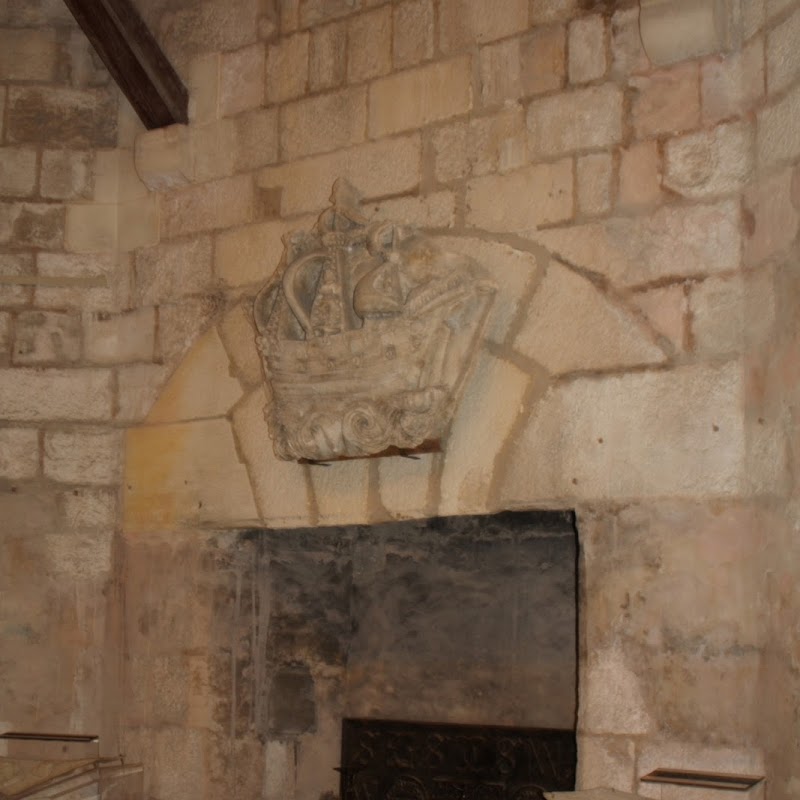 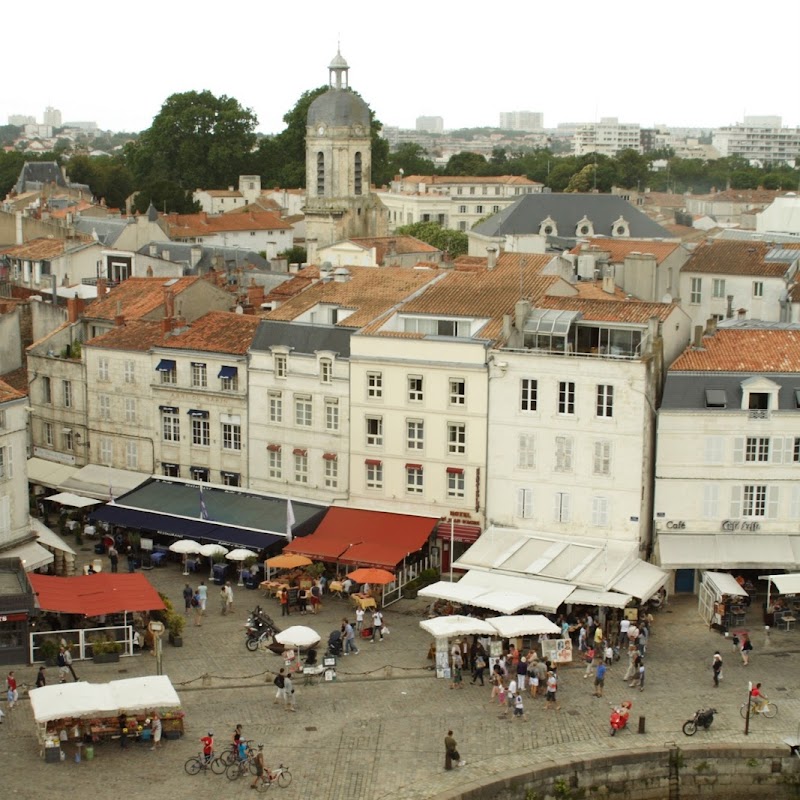 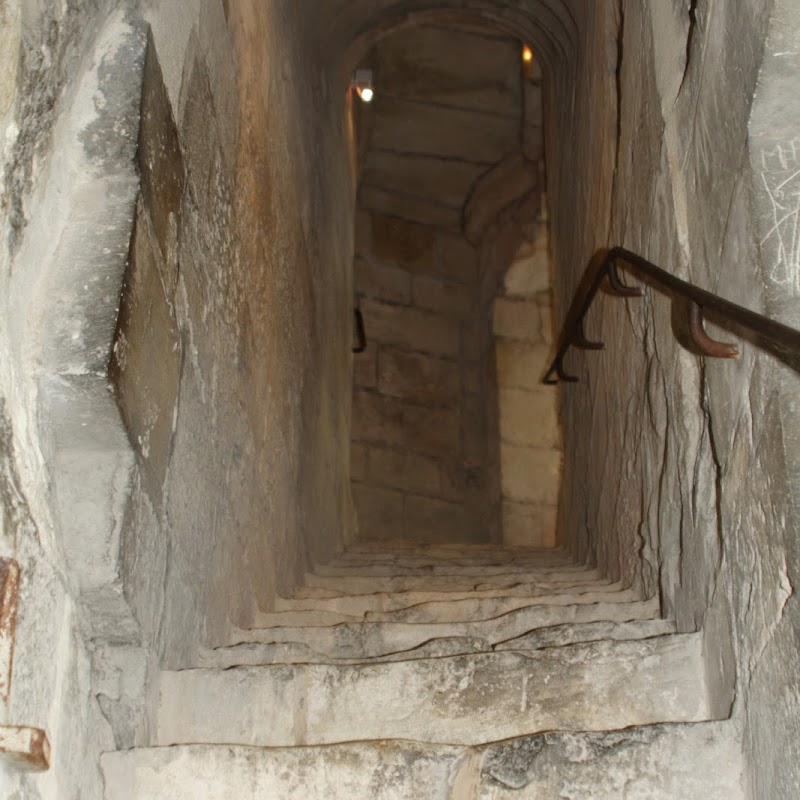 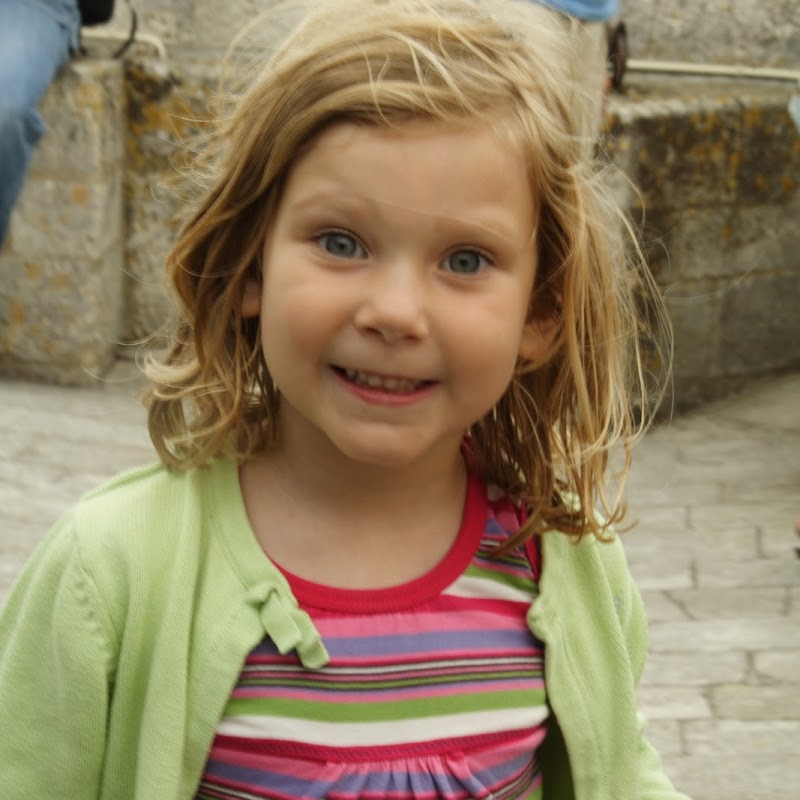 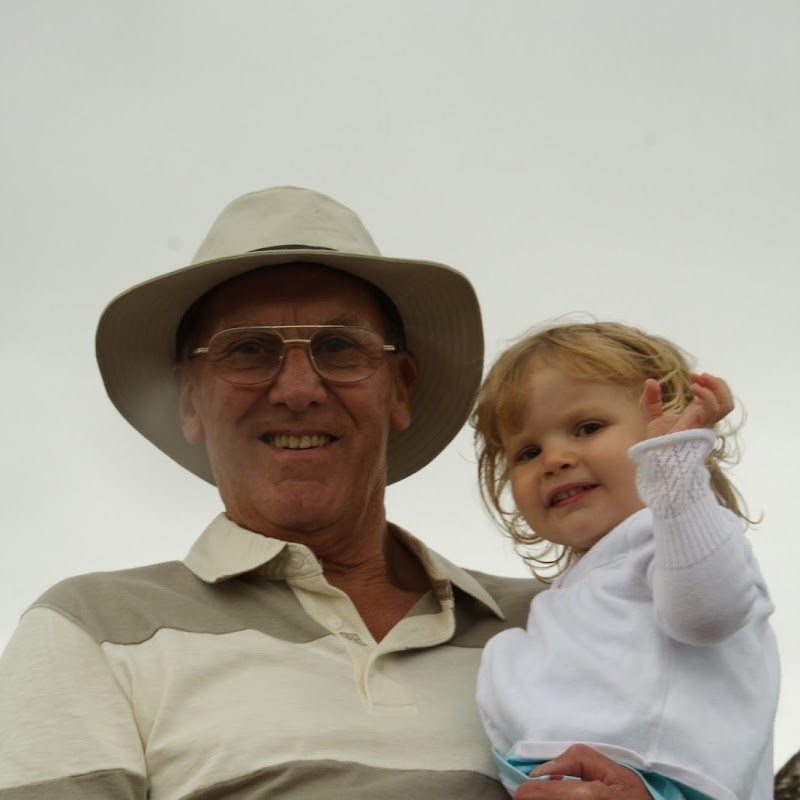 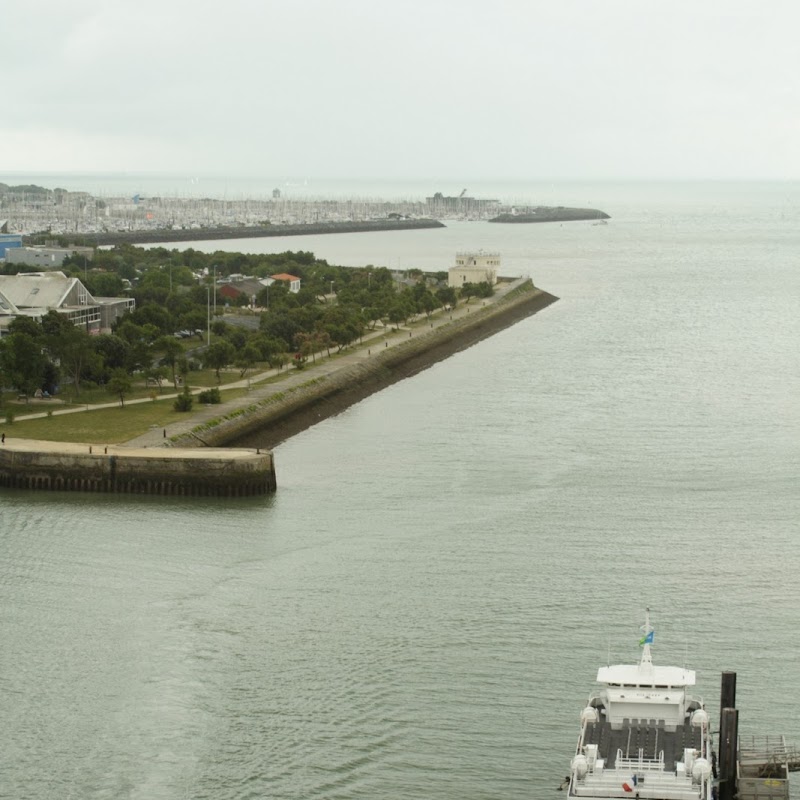 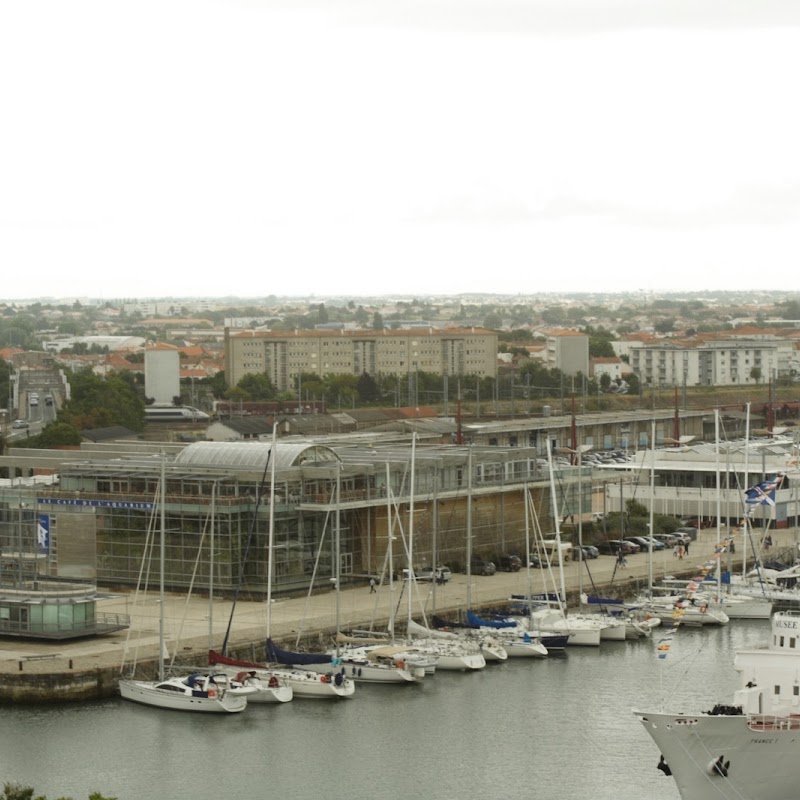 This led us to a slight disappointment, which was that the squirty fountains outside the Aquarium had been switched off, probably to avoid soaking the queue of people trying to get in, which was by now resembling an attempt on the world conga record. If you’re going there folks, go early.

Kas drove us quickly and without incident over to Carrefour for time to stock up on comestibles. When we arrived both kids were having a well earned nap, so Kas stayed in the car while Kev tried to marshal Granny and Grandad round Carrefour. It is quite a big one, and everything is in French. Granddad isn’t the most patient of shoppers at the best of times, so it was a bit painful because it was busy.

Then back to the car to find the girls on the way to the toilets, and having slept for only a short time, apparently. Can’t trust ’em to do anything. At least while we were inside the sun decided to make an appearance.

Then home and time for the highlight of the day – playing chicken with the swimming pool. Howcome it’s possible that the water feels absolutely freezing at first, but then you get used to it and you realise that actually, it’s the windy air that’s cold, and the water is quite nice and cosy, so long as you don’t break the surface with your shoulders. Izzy bloused first, closely followed by Kas. She claims to have gone simply to look after Izzy, but I’m not so sure. Granddad went next, which just left Ami and Kev as the hardcore swimmers. To be fair, Ami puts in more effort than Kev. Eventually Ami bloused as well, and Kev obviously had to give up to make sure Ami got home OK. We had a couple of minutes basking on the steamer chairs first though – just long enough to realise the wind didn’t get warmer just because you were dry. Ouchy ! Come on Ami, let’s go and get clean, warm, dry and fed (in that order).

All of which leads us to the end of another day, except to say that the nice chap reset the wi-fi and so now these diaries can be typed live into the website.

The daughters seemed to have recovered from the tiring journey, so we were hoping for a bit less grumping from now onwards. Dream on !