Our now annual trip (apparently) to Liverpool for the Rock ‘n’ Roll Half started, as such things often do, with a frantic Friday afternoon and then a busy drive up a motorway. Aside from the fact that it was a fairly typical Friday night on the M6 and we had tea at Norton Canes there’s not a lot to say about the journey.

It was getting a bit late when we arrived at our hotel, the Premier Inn on Albert Dock, and we were ready for getting ourselves sorted. As we checked in we had a bit of a scare as the receptionist commented we’d booked for 4 nights. “No we didn’t. We booked for 3” we said. Then we thought about it for a bit and looked at our confirmation. When we’d booked it, about 9 months previously, it was a speculative booking made with the intention of finding somewhere cheaper at a later date, and we sort of assumed we’d stay until Tuesday rather than rush home, so that we cold spend a bit of time in Liverpool. Subsequently we’d obviously booked our holiday in the Lake District (see Up the Lakes) and had evidently forgotten about the Liverpool booking. Not to worry though. We’d booked it on the flexible rate, so we were allowed to just cancel the one night.

I had to drive miles and then walk all the way back to park the car, because the hotels on Albert Dock don’t have their own car parks, and by the time I got back we were ready for a drink, and then bed. Alcohol seemed in order. The bar was open.

The Rock ‘n’ Roll series this year decided to add a 5k event into their weekend, and put it on Saturday morning. We would all have run it was it not for the fact that they put an age limit which Izzy was sadly below. We thought that’d be fine, no bother, I can understand, and all that, until we got into running the race itself, and we saw the considerable number of runners who were shorter than Ami. Now I know that’s not always a good marker, but Ami is quite small for a 12 year old, and the race’s age limit for the race was 11. Some of the runners were a full head shorter in height than Ami. It’s unlikely they were 11.

On the way to the start line we met a bunch of ladies dressed as Minions, with a token Gru thrown in for good measure.

Still, what do we care, huh ? Except that Izzy being unable to race meant that someone had to stay with her. Ami and me both did quite well though. Ami shot round in about 28 minutes, which is the fastest she’d run a 5km distance in ages. She obviously enjoyed the sea air and the flat course. And the smell of a medal at the end. It was quite impressive finishing inside the Arena, with the lights down and loud music playing, but I’m not sure it made us run faster, as we’d finished by then, as it were.

The rest of the day disappeared in a fit of not really being bothered. I think we had lunch in Costa right next to the hotel, and then we mooched about a bit whilst being generally not bothered. I had sort of planned to do a bit of caching, but was unable to persuade either child to come with me, so I left all three girls in the hotel room on the strict instruction that mummy was to be left alone for a snooze. Yeah, like that’ll happen.

From the hotel I walked along the side of the Mersey in the upstream direction until I reached the Chung Ku restaurant. I was finding most of the caches I tried on this stretch, albeit there were many anyway. At the restaurant I had my first failure, and also noticed the time. As it happens, I was getting rather hot and thirsty too. So I turned and started walking back towards the docks along Sefton Road. This isn’t the most inspiring of walks, but I did find a couple more caches on the way, and it is a proverbially straight route into the heart of town.

In the evening Kas had arranged for us to meet up with a largish group from the various running clubs we’re in at a Pizza Express in Liverpool One. It was a pizza. As we had the kids with us, they were kind enough to serve us in advance of everyone else and bill us separately, which was good, because the rest of the party was still just finishing their starters by the time we left, and as it was well gone nine o’clock, we really needed to get off and get the kids to bed.

A Swift Half, with a Chaser

Sunday morning started warmer than Saturday, and it stayed that way. Not ideal conditions for running, but ho hum, we’re here now. 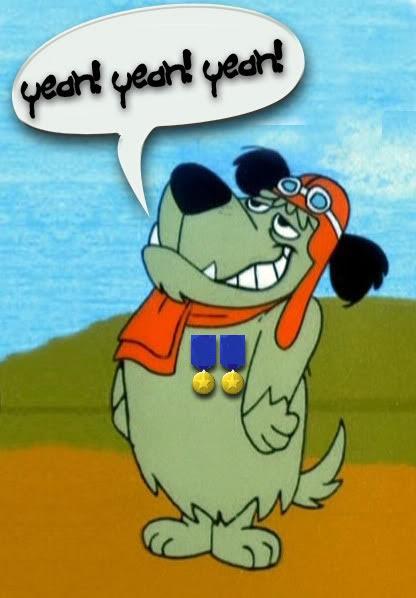 We had a swift Premier Inn breakfast again and then got ourselves prepped up and out of the door ready to find the McGreal’s, who had kindly volunteered to look after the girls for us while we were running. By the time we’d all met up and handed over control of the daughters it was pretty much time to get into the starting pens.

And then we had to run a half marathon. Kas did well. I didn’t. I got round, but it wasn’t pleasant, and it did some damage to my already heavily battered running mojo. I hadn’t really been training and I didn’t really enjoy the MK Half I’d done at the start of May. So whilst I enjoyed the experience of visiting the city, and I love the event, this particular race has to get filed under “experiences to be forgotten” – Move along now, nothing to talk about here.

By the time I got back, Kas had managed to find time to put the kids through a couple of years of schooling. I felt like death warmed up, so I’m afraid I excused myself for a while and went for a lie down on the bed in our hotel while the girls enjoyed some sunshine. I couldn’t manage, and anyway I’d still got to get myself up and about to run a further mile in the afternoon. Why oh why oh why ?

When I got to the start of the extra mile, having met up with the girls again, I have to say that I wasn’t looking forward to it at all. When I started the race it would be generous to describe me as “running” – everything hurt and I was right stiff after the race in the morning. I thought I’d end up walking, and I told the girls to just get a move on and leave me behind. They did. Ami shot off like a greyhound and Kas and Izzy got well in front of me quite quickly too. As we were running along the main road though, I started to loosen up a bit and ended up running a decent speed, despite having finished the half marathon at walking pace and with frequent cramps (yes, I’m that unfit). In the end I finished the extra mile in less than 10 minutes, which is faster than all but 2 of the 13 I’d done in the morning, and I felt quite pleased with myself. I also got another medal to add to the collection.

The end of the extra mile signalled the end of the running for the weekend, and therefore officially the start of “holiday rules” – as a family we have a set of ethical and behavioural guidelines (1) that apply on any day that is arbitrarily nominated as a holiday. We’d nominated the rest of the week, what with us going up to the Lake District and everything, so the start of holiday rules for a whole six days was most welcome.

(1) OK, so there’s only one mandatory rule (about having ice cream every day), and the others get made up as we go along. I think there’s one about adults having beer or wine, and another about the kids staying up late.

It was getting late enough for us to go partake of the things that the Rock ‘n’ Roll events are most famous for – live music and free beer, and in the case of every trip we’ve made to Liverpool, sunshine. We walked (hobbled/shuffled – take your pick) over to the Arena, where they set up a big stage and get various live bands to play over the course of the afternoon.

We were around at the stage through most of The Velveteins and all of Cast, and I made my way through more than one of the beers. Izzy seemed to enjoy it too. Ami got a bit bored, tired and sun-stroked though, so she wandered back to the hotel on her own and had a lie down in the bed. Wimp ! I would never do that. Oh, wait….

There was a point where all three of us sort of fizzled a bit and decided to give up, especially as we’d got an evening meal date somewhere and we all needed to get cleaned up. So we jacked it in and went to reunite with Ami. She was there, in the room, where she’d promised. Good.

For dinner we met up with a substantial group of others from Redway Runners at a small Italian restaurant in a the centre of town. It was basic but pleasant and the food was good. I was rather tired though. Ami was still suffering and kept going outside for fresh air.

We didn’t stay too long into the evening, because to be honest, more than one of us had had enough by about 9pm, and just wanted to be asleep.

It had been a busy old weekend, and we’d got some driving to do the following day to get ourselves up north.

Caches found over the weekend were :