As part of her entry into the Virgin London Marathon that Kas won with Lucozade Sport they gave her entry into a couple of other half marathons (as training runs, I suppose). One was in Brighton. The second was going to be at Silverstone, but that was already full and they got her a place at Reading instead. As it happens, I think Reading was the better deal.

Reading isn’t exactly close to our house, though, and Kas needed to be there at some uncomfortably early time of the morning, so we decided we’d try to grab a Premier Inn nearby. The closest sensible one was in Bracknell, which was only a few miles away from the race. We rolled up there on the Saturday night and discovered that (this time) we’d have plenty of time to get breakfast in the hotel before leaving. There was also the small matter of finding a Zizzi’s for dinner. The closest was a few miles away in Wokingham, but it was close enough. This is becoming a bit of a habit.

Back at the plot, we parked in our designated parking location, which was some distance away on the office site of a large commercial organisation. So we had a 10 minute bus ride back again before then having to mooch about through lots of traffic to find where Kas was supposed to be checking in. The race centre was up at the Madejski Stadium. One of the attractions of this particular race is the big stadium finish. They have several thousand entrants, and I guess the stadium is the best place to host all the friends and families that want to come and support the runners.

The start of the race seemed an unreasonably large distance away from the stadium, so the girls and I left Kas to it and went off to grab a few nearby geocaches, like you do. We found three in total.

We also spent ages waiting by the side of a road that I thought was the outbound route for the runners. Some time later when I saw thousands of people streaming across a roundabout 500 yards away I realised that we were standing at the inbound route, so no-one was coming here for ages. D’oh ! Must read the map next time. At least where we were standing there was a steel band playing away to keep us entertained through the relative cold.

So from there we plodged back towards the stadium, having suitably missed Kas’s start. We made a dodgy dash between the waves of runners and proceeded to the car park of a nearby DIY store (who’s name rhymes with Wee and Poo) for another cache before retiring to the stadium for mid-morning snacks and to wait for Kas.

In the event, waiting in the stadium was OK and the kids seemed quite happy. And Kas finished in a new PB of around 1.48, despite the course being “somewhat more hilly” than advertised.

Grabbing the bags was easy, getting the bus back to the car was easy, and getting out of Reading was also easy.

From there we drove up to Henley round to see Kas’s old work friend Sarah, who lives there now with her husband and two boys. She’d done us some very nice lunch, which hit the spot nicely. 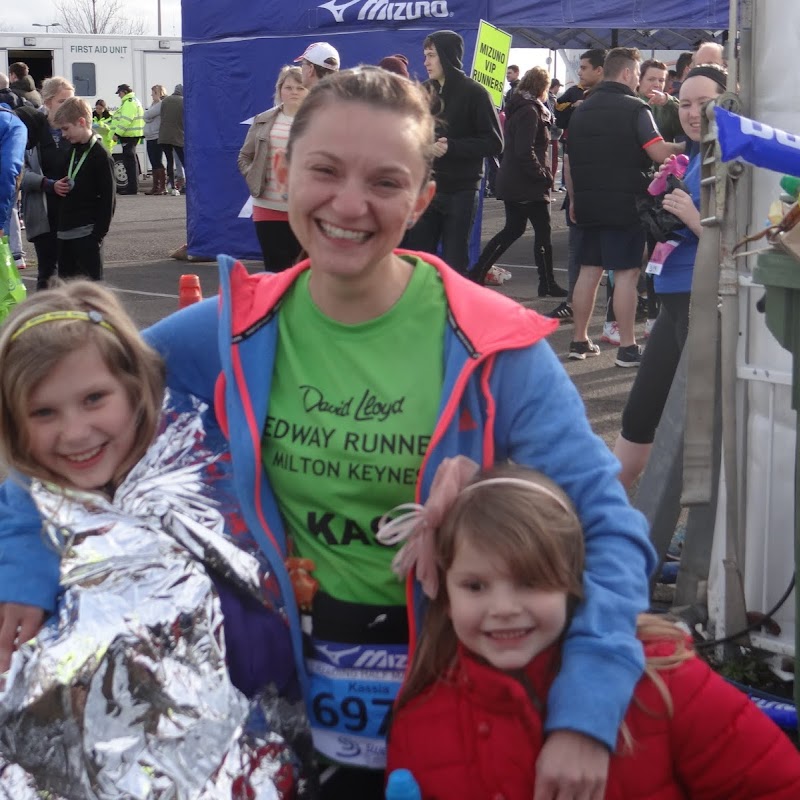 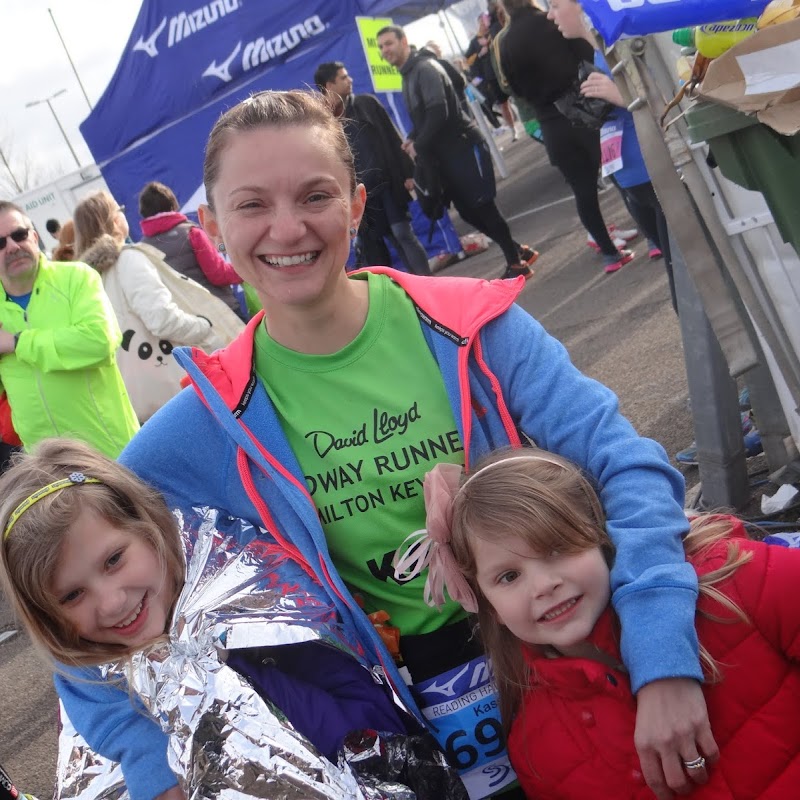 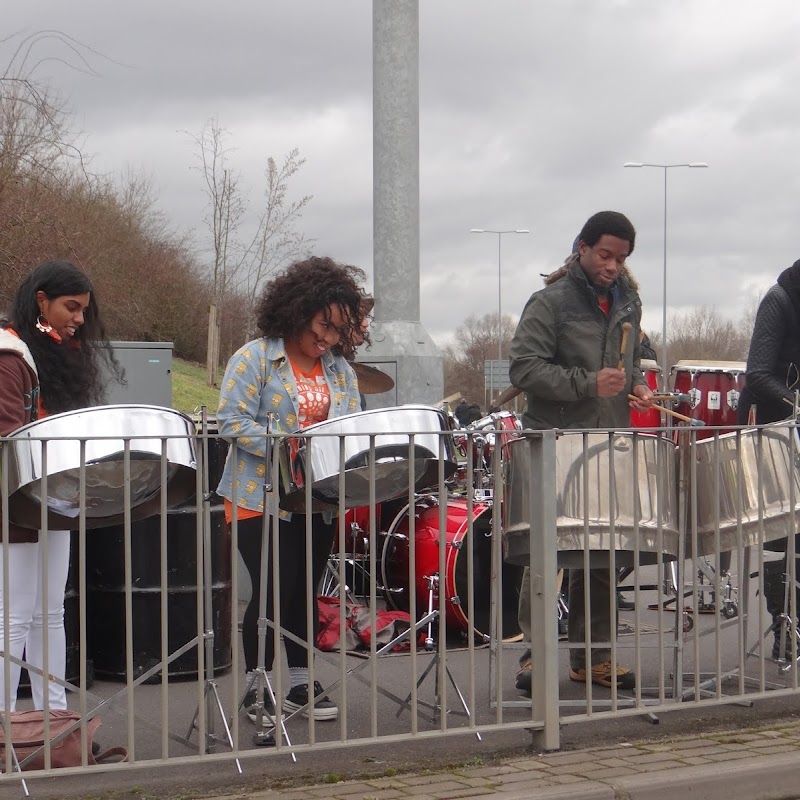 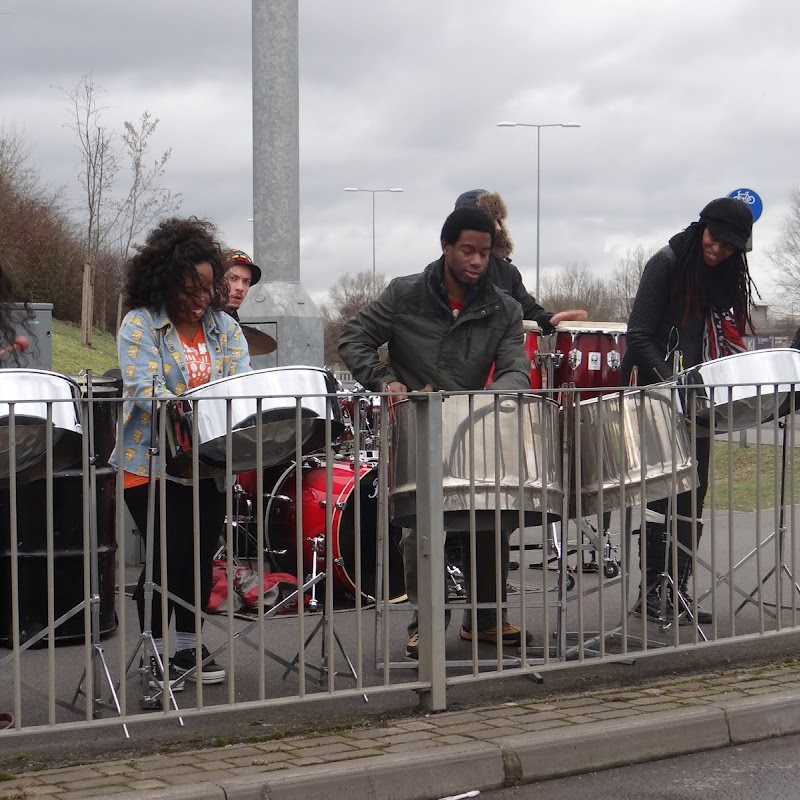 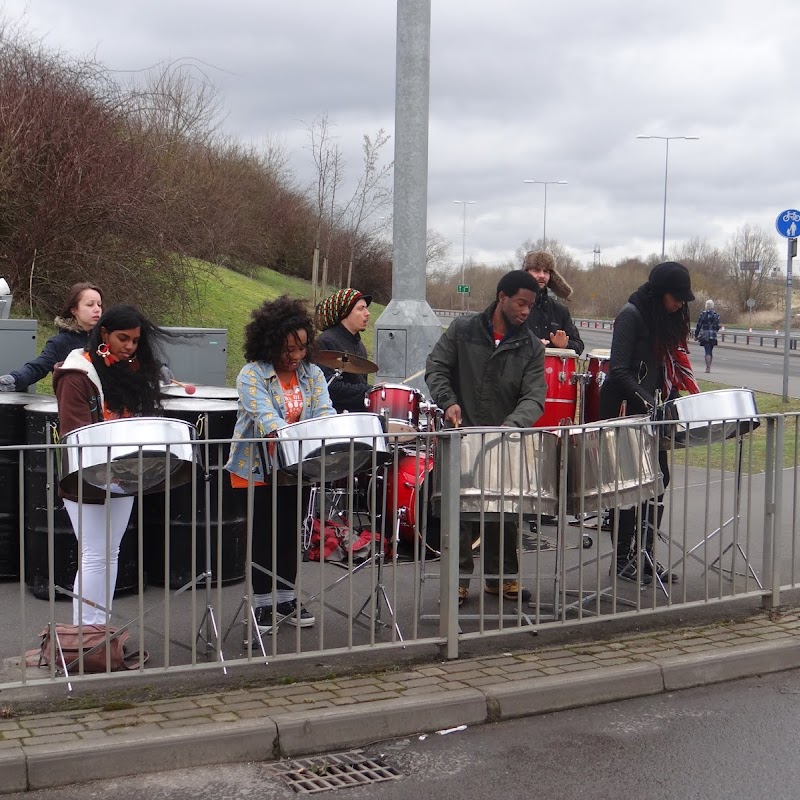 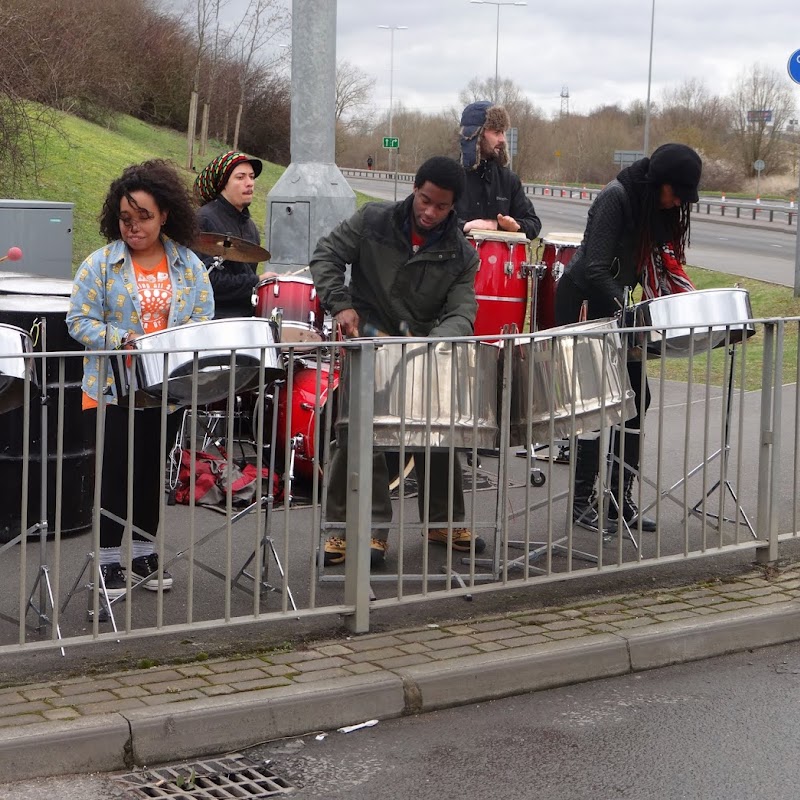 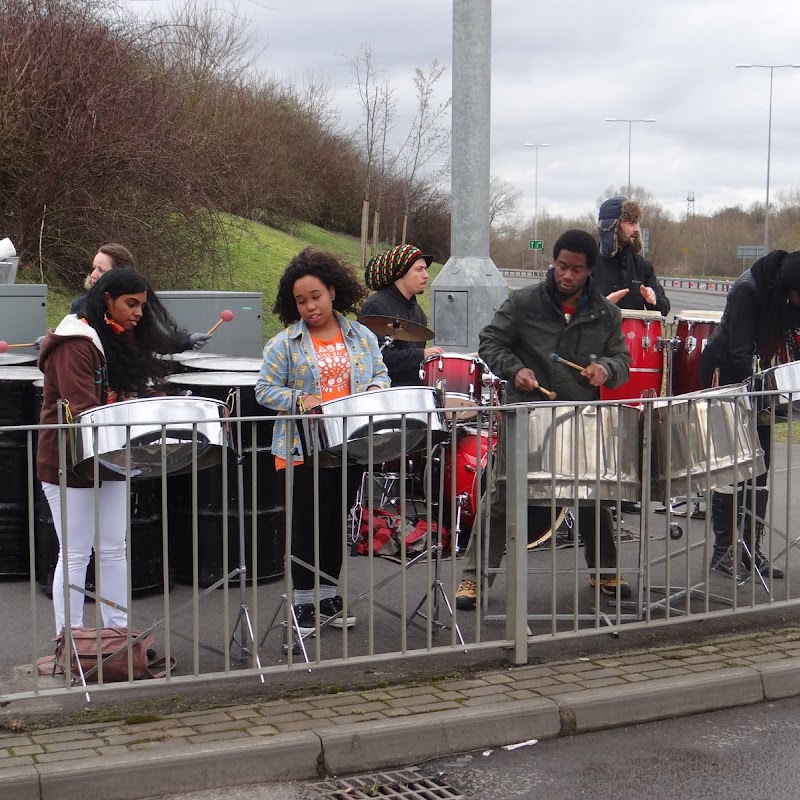 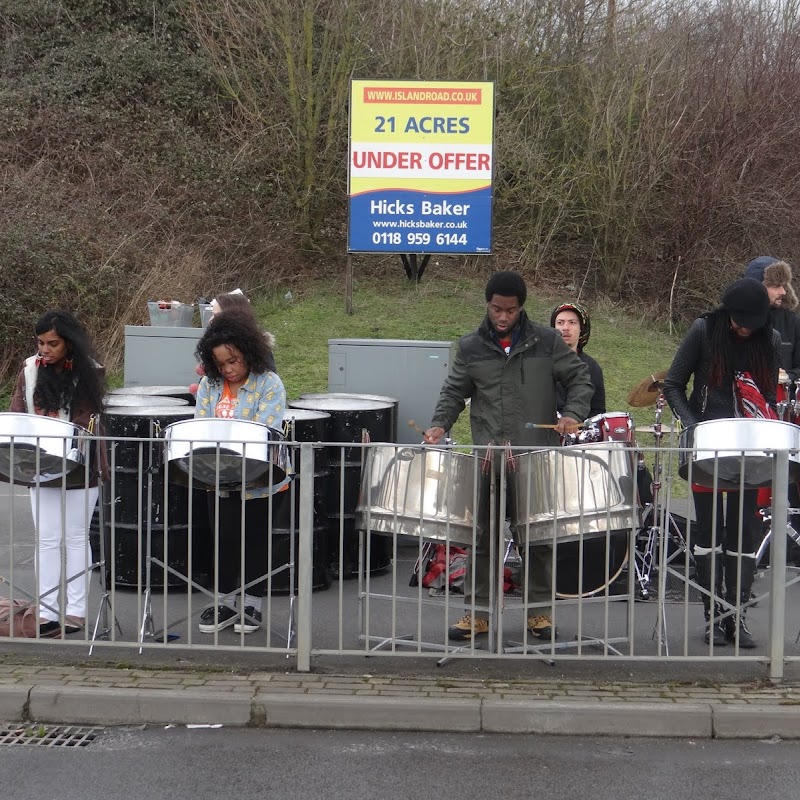 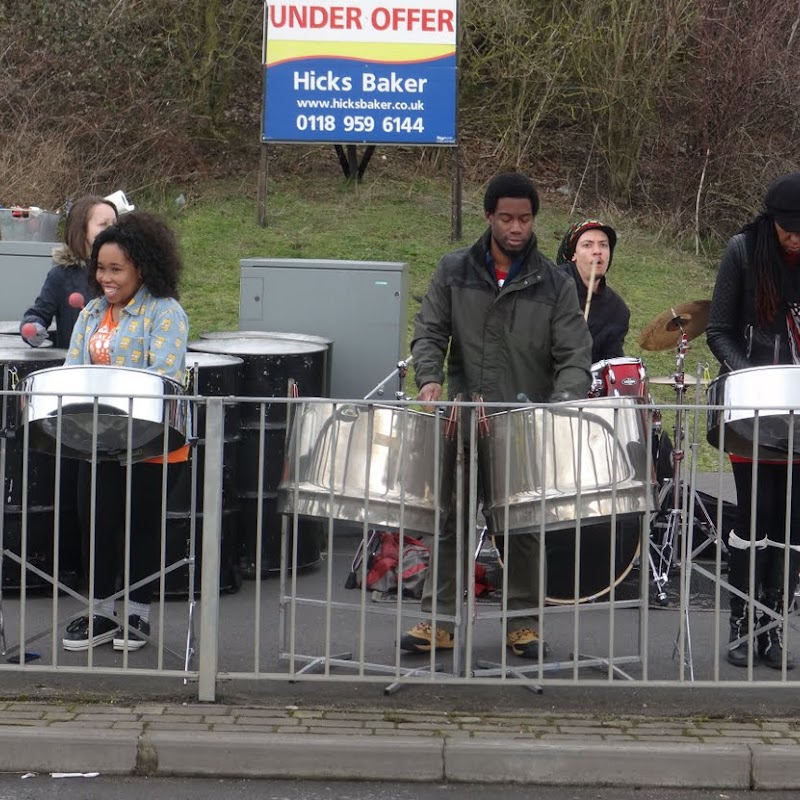 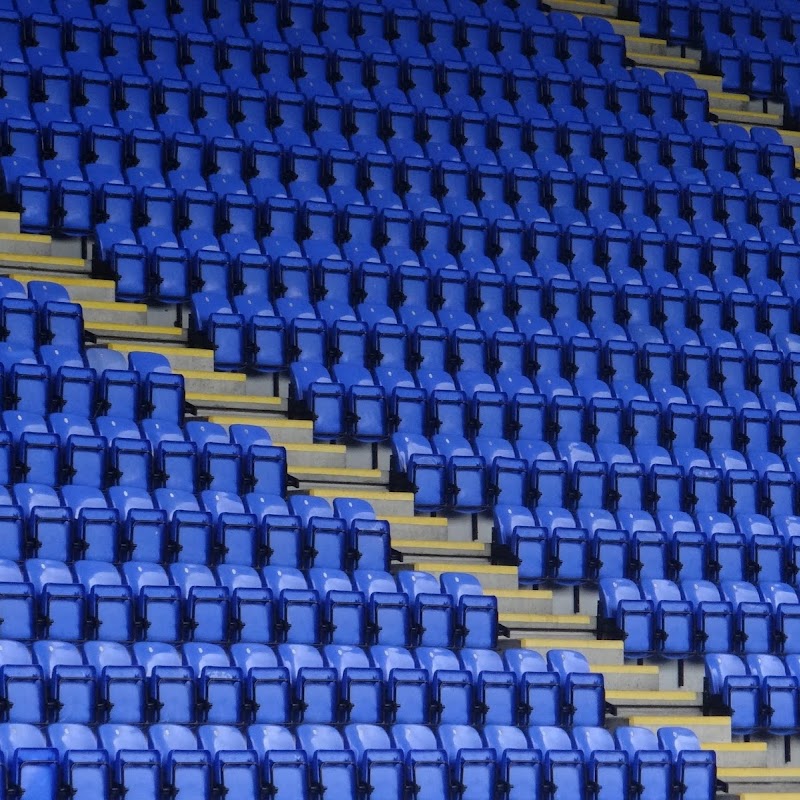 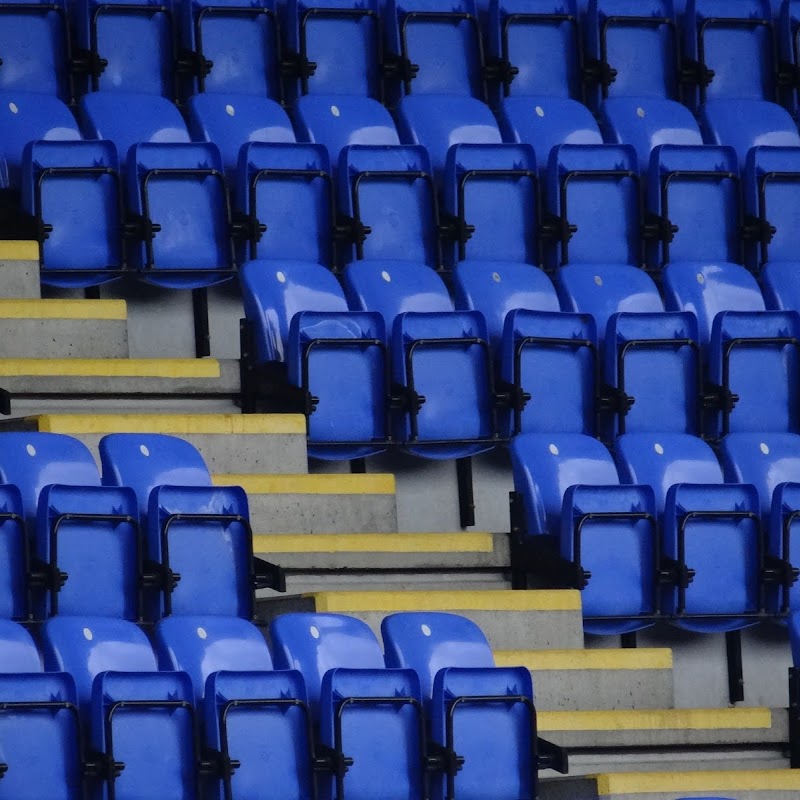 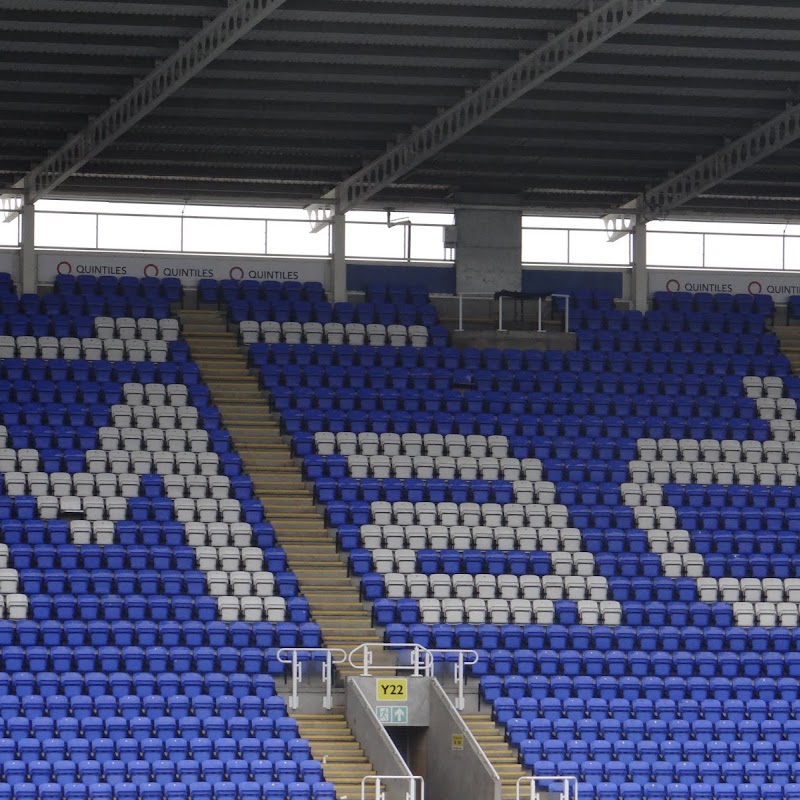 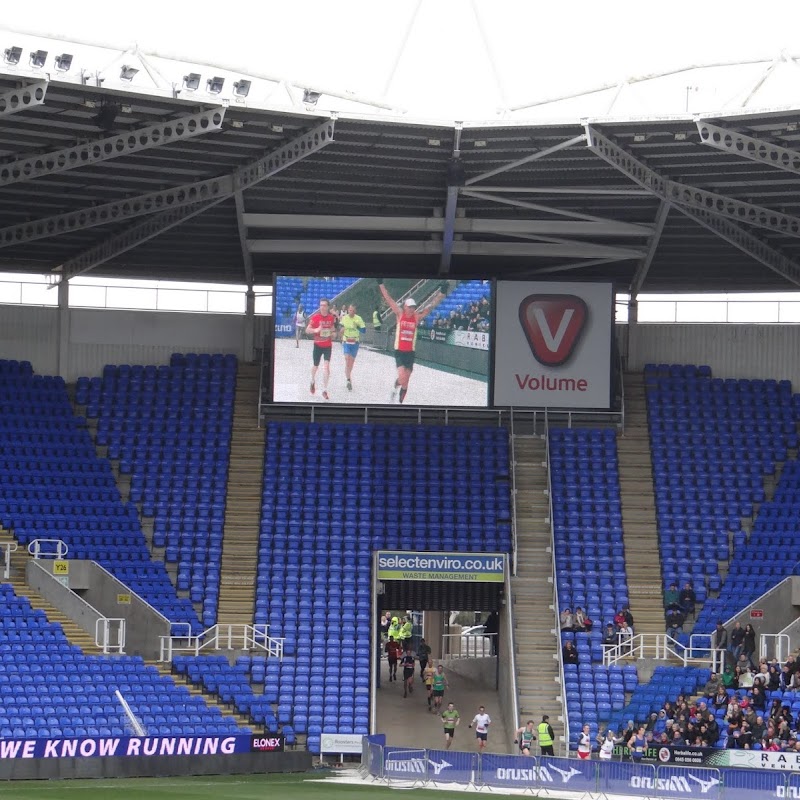 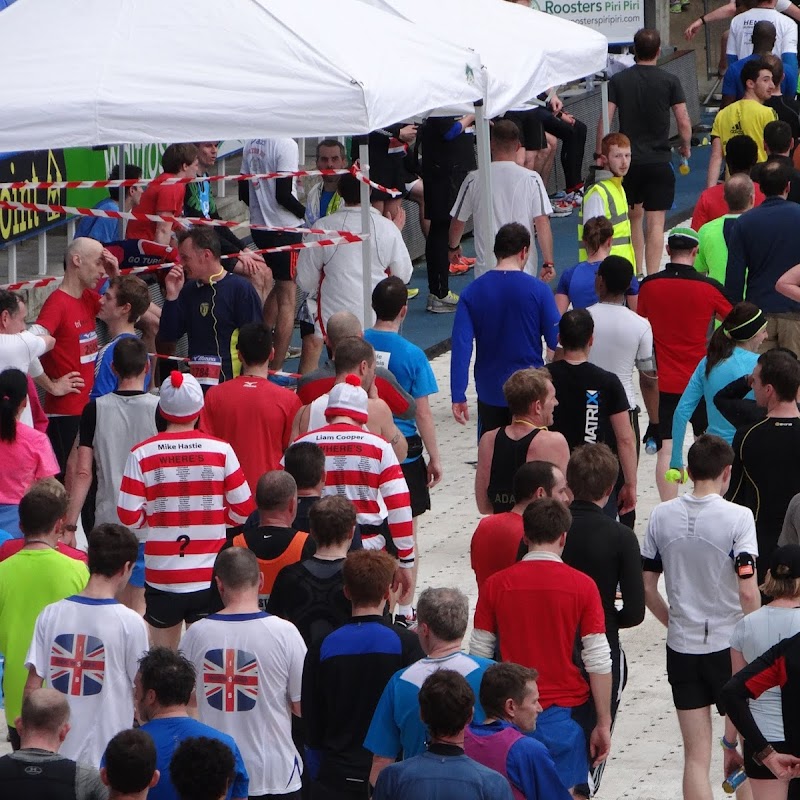 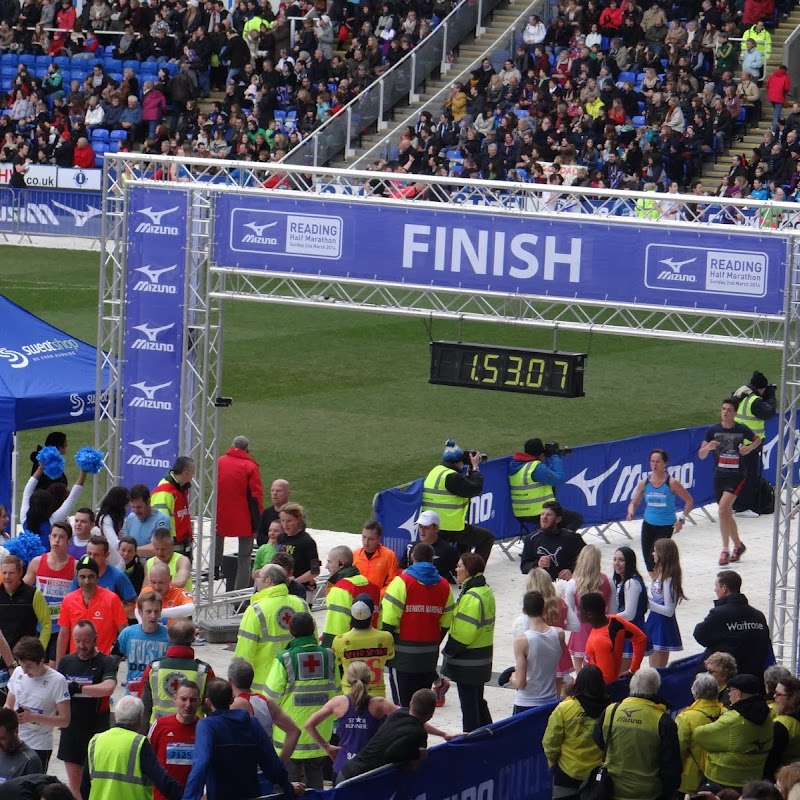 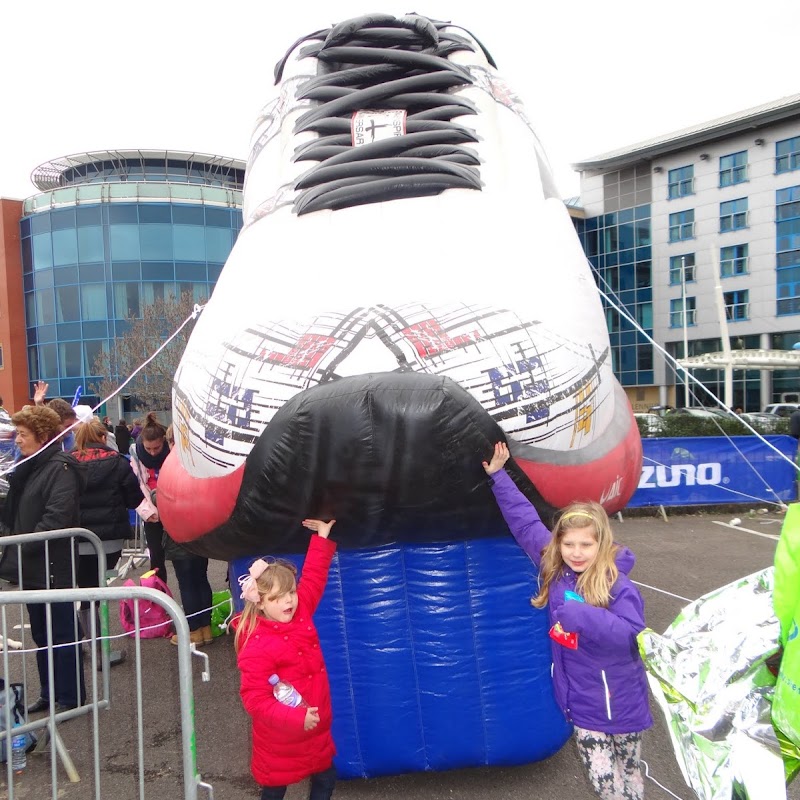 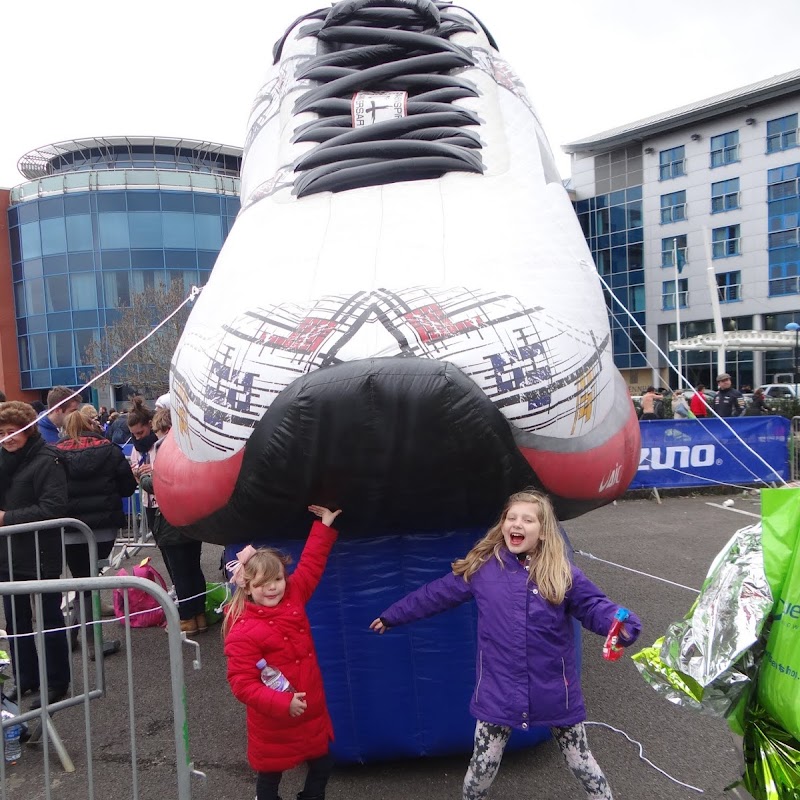 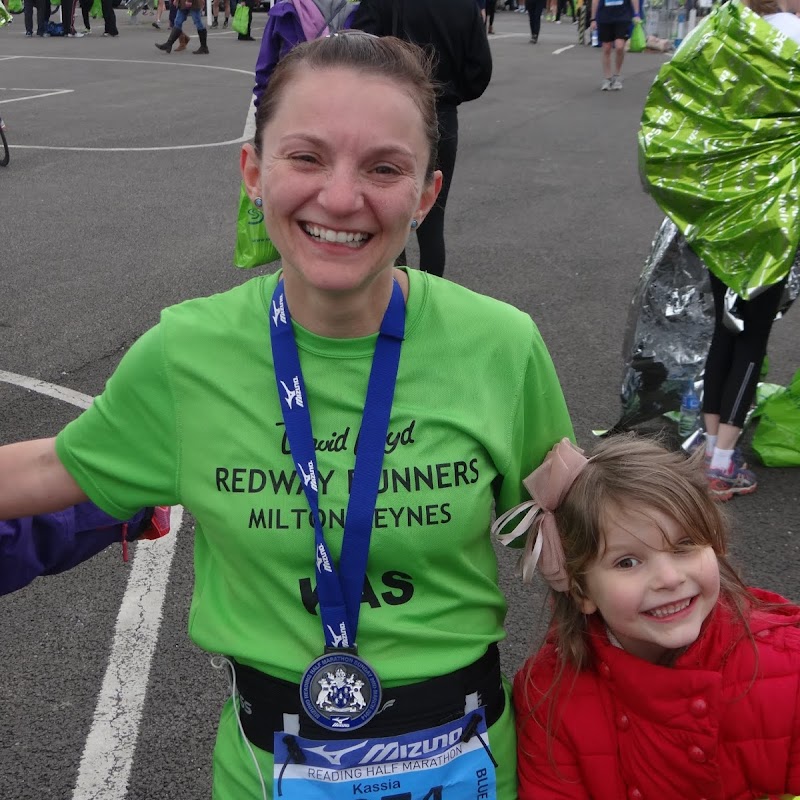 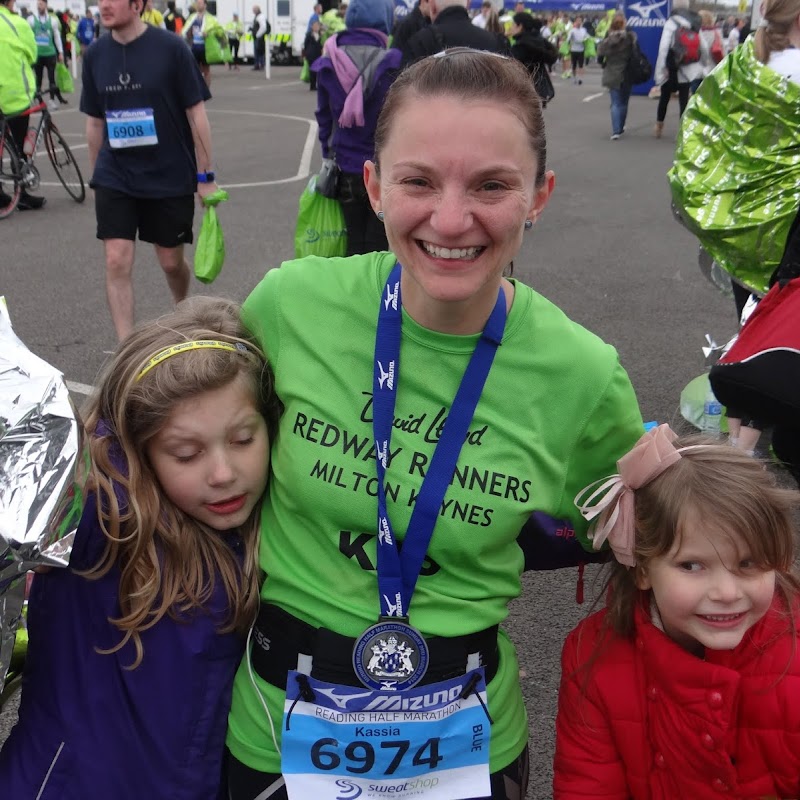 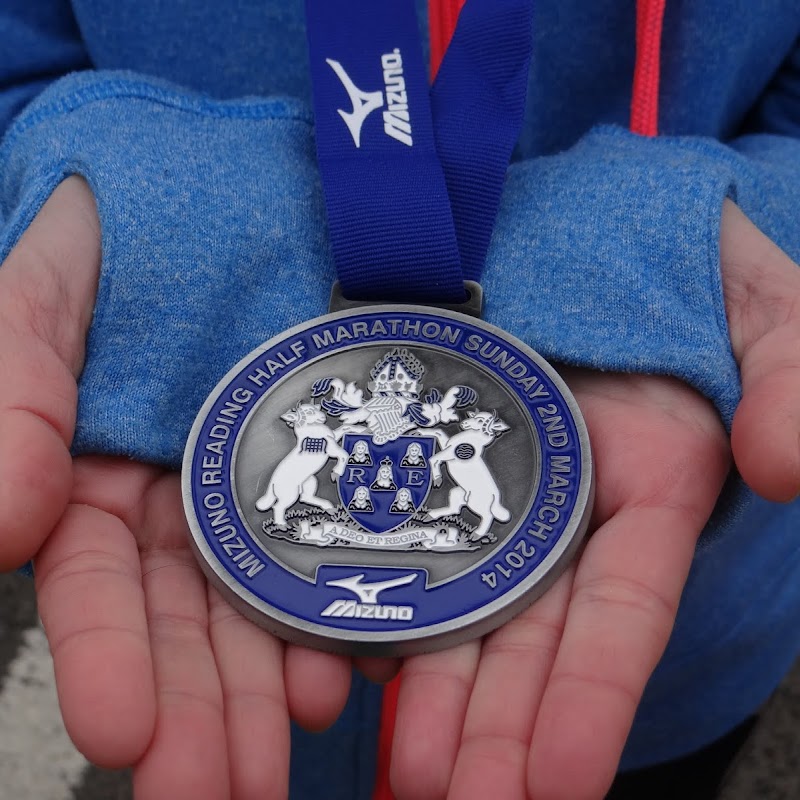