We had a bit if a slow morning, involving swimming with Ami, a bit of shopping and lunch at the house.

In the afternoon, we decided to drive up to Cancale for a bit of beach-based action at the Port Mer beach.

Granny and Granddad went for a walk while we built some (big) sandcastles and then walked several miles out (seemingly) to the sea and got mud/silt between our toes.

Then we had an ice cream and went home to have pizzas for tea. 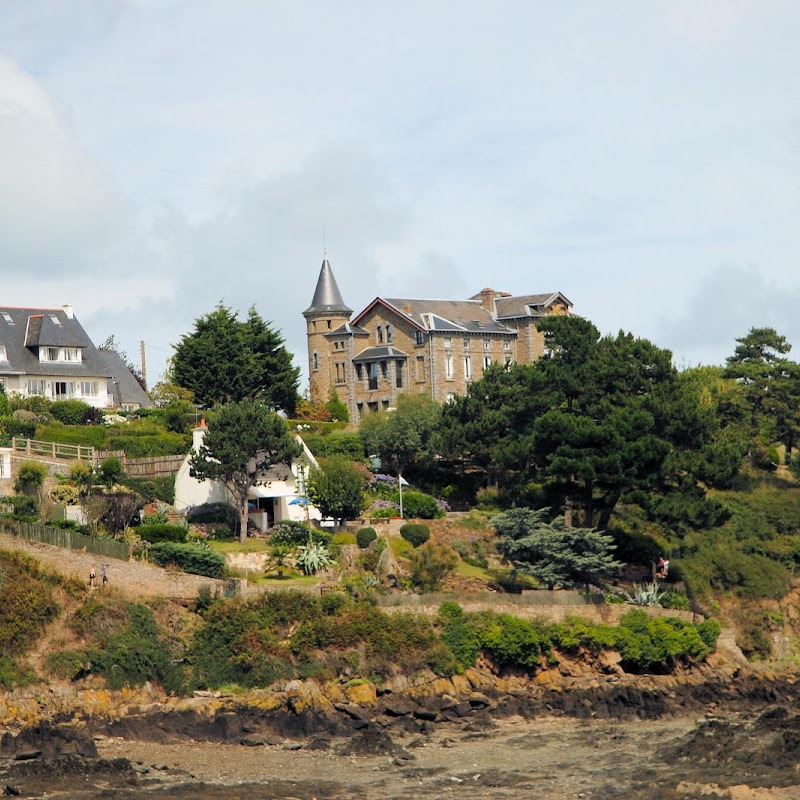 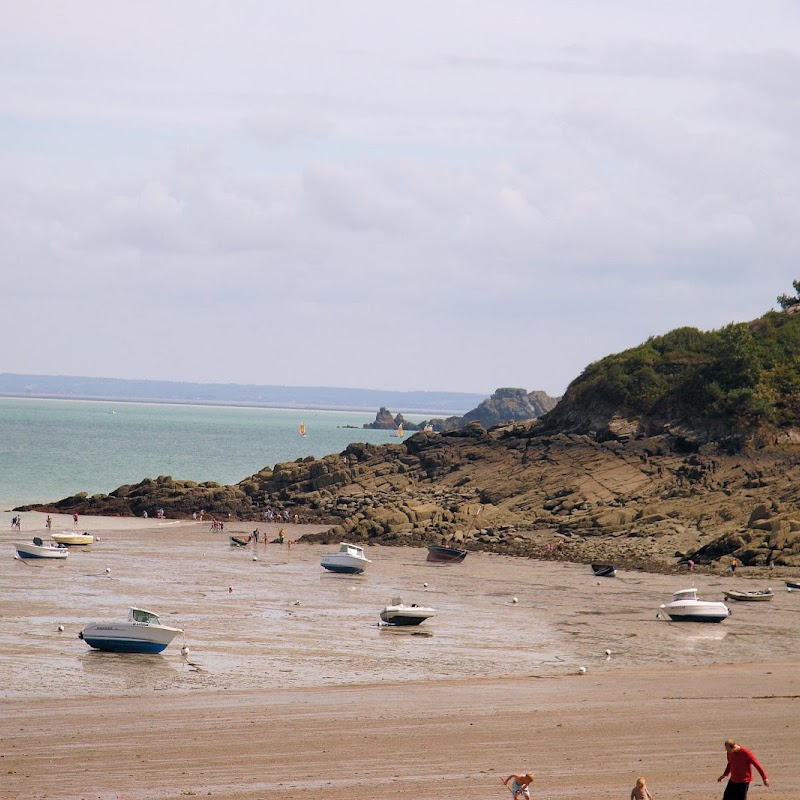 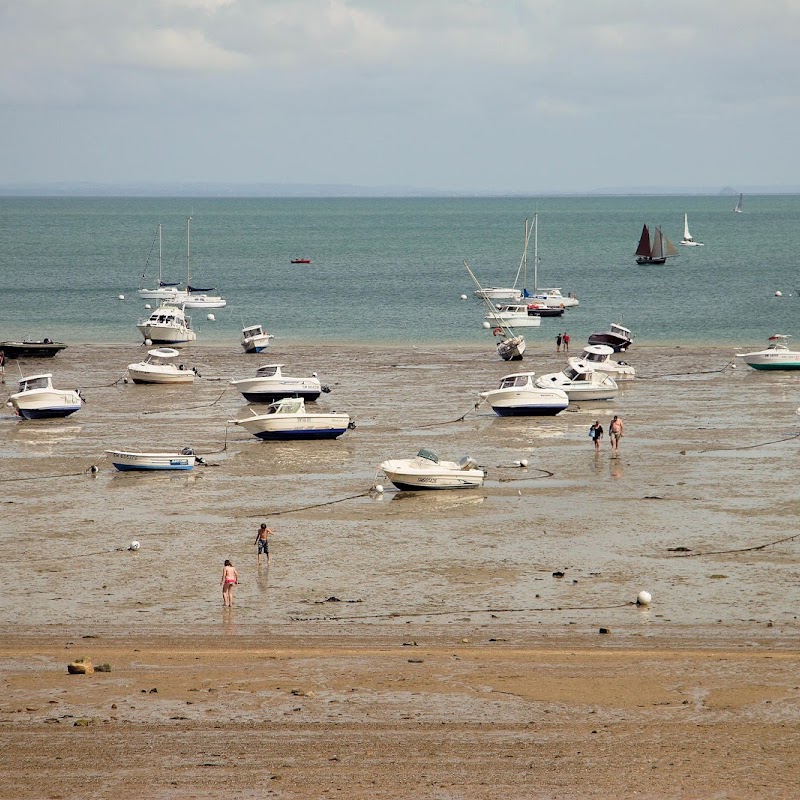 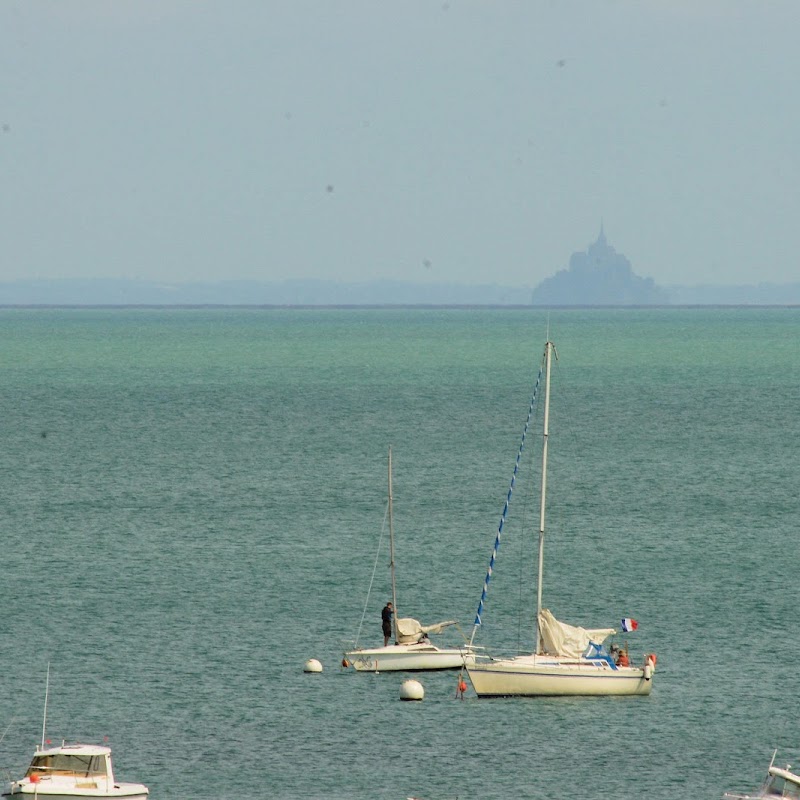 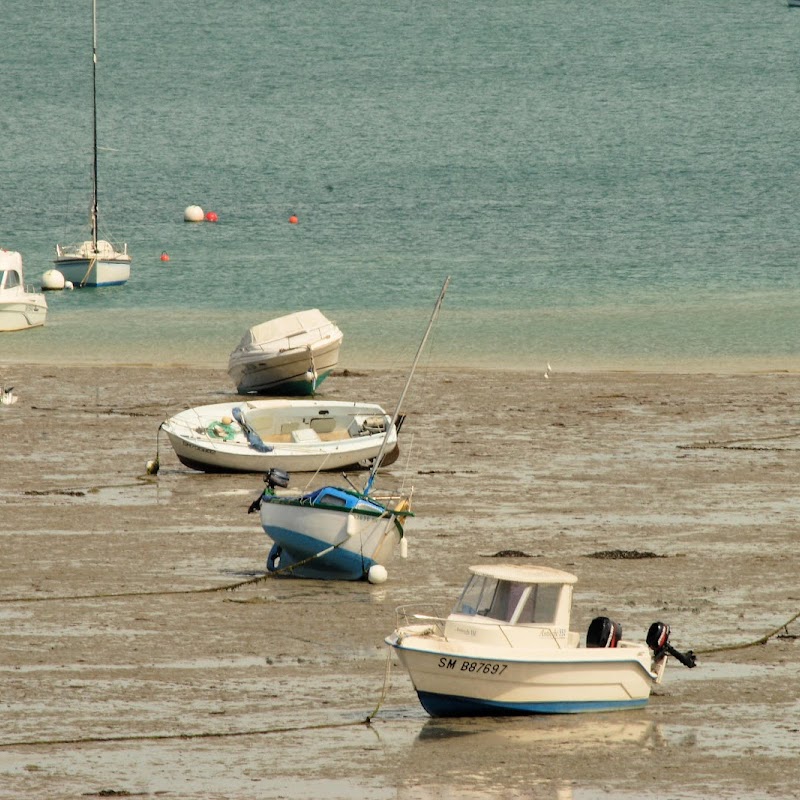 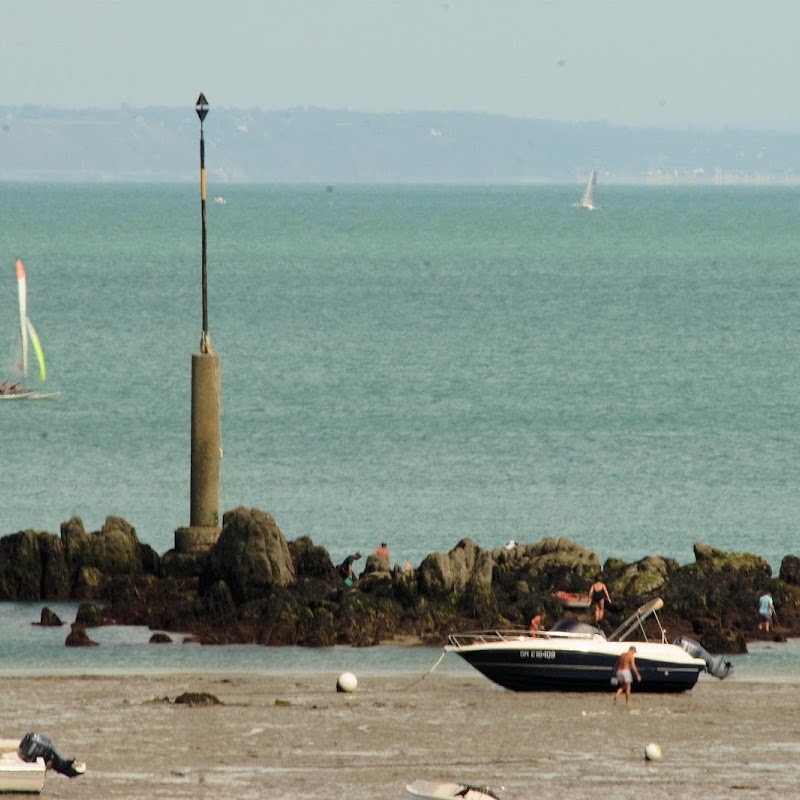 In the evening Kas and Kev went caching in St Malo and Dinard. Another evening of convincing the parents to look after the kids so we could go out, and so a good opportunity to chase a few more caches as a couple. This is becoming quite a habit ! Just as well it involves walking and fresh air, otherwise it would just be another bad habit.

First up we decided to have a go at Saint Servan – Parc de Bel Air , which is one of the caches planted by gdugardon in what seemed to be a blatant attempt to stop us from “clearing” St Malo before going home. This proved to be a well hidden little dibbler stuck into a hole in a wall in a pleasant park in the Saint Servan district. It was on top of a little hill and there was a nice little castle/keep/tower jobby on the top, dodgy though that sounds. The only downer was that it was quite a busy little park, even in the evening, and there were a couple of distinctly dodgy looking characters around. The other downside, obviously, was that there was nowhere to park anywhere nearby. It is in St Malo, after all.

After which we drove round to the Barrage de la Rance again to seek Ça s’en va et ça revient – Cache BONUS, having already mailed gdugardon a couple of times to confirm what we were looking for. There was some doubt over the calculated coordinates somehow based on misreading a value from a previously soaked log elsewhere and ending up with a diagonal line about 500 metres long with several likely spots along it. We had to confirm what the coords meant and the clue – Bear in mind also we were trying to use Google to translate some French into English too. Having done all that it was a simple matter to park at one end of the barrage and then walk most of 1.5 km to the other end to bag the cache. The power station was running again and as a result there were some pretty impressive whirlpools on the seaward side (where the higher water lay) again. You seriously have to go look at them to believe it.

Having found this one fairly easily the light was still good so we decided to continue round into Dinard to pick up a couple more that we didn’t have time to do last time around. Both were in the Port Breton park. First up was Port Breton by blenormand, which we had previously missed as a result of walking miles up a road only to discover that the cache was the other side of a six foot high fence and not at all accessible. Serves us right for not reading the description properly before. When we did manage to get the right side of the fence it was still a bit tricky because the coordinates were a bit off. Obviously the owner had problems in the trees. It was about 20 feet away from where our GPS said. It was made all the more interesting by Kas having chosen to dress in “girlie” style rather than functional, which obviously involved shoes that were totally impractical for walking up steep sided, woody slopes. Going up was OK, coming down was tricky.

Final search for then evening was Cache canadienne #1 by blenormand, which is over the other side of Port Breton from the previous one. Terrain was somewhat easier (except for Kas) and the cache was quite an easy find.

And then we had another go at trying to find somewhere to park in Dinard in the evening so we could go for a coffee. We failed. Again.

We tried to drive around through a few little villages up the Rance Estuary on the way home searching for a small riverside retreat with a cafe. No luck whatsoever. I am now thoroughly convinced that outside the major towns France actually doesn’t have cafes or bars, it just has houses. We passed several places which must surely have a cafe somewhere, but no, we found nothing, saw nothing, drove past nothing and eventually got lost temporarily before struggling our way through the darkness until we eventually got back onto a main road and drove home.

As always seems to be the case around here, the caching is fine, the apres-cache is rubbish due to no parking near any bars and no bars near any parking. Silly France…..