We had another fairly slow morning before deciding to scoot over to Rothéneuf to look at the famous rock sculptures. These rather weird items were carved into the rocks above the sea by a poor guy who suffered a stroke at the age of 30 which left him paralysed. He retreated to these cliffs to spend most of the rest of his life carving out sculptures.
Some of them were a little strange, to say the least.

The sculptures are a little way out of the town, so we drove back there for lunch, which consisted of a small cafe serving crepes. These turned out to be pretty good. 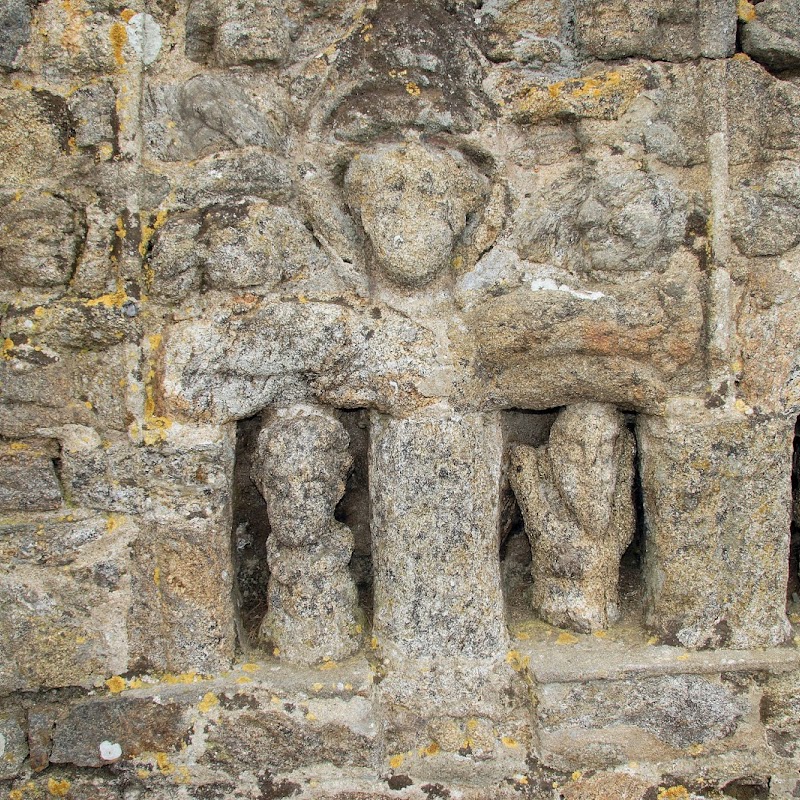 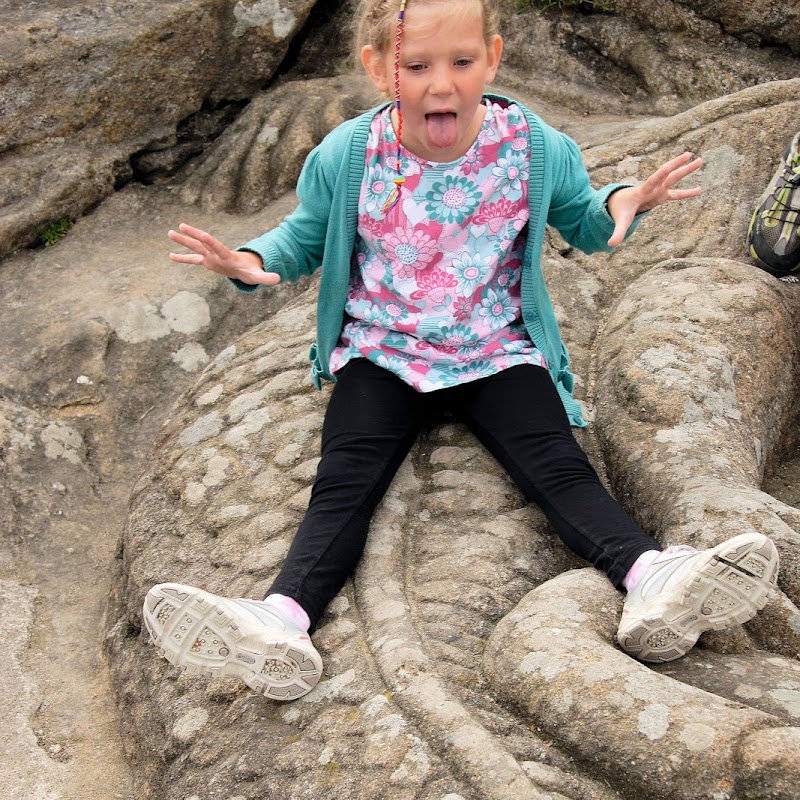 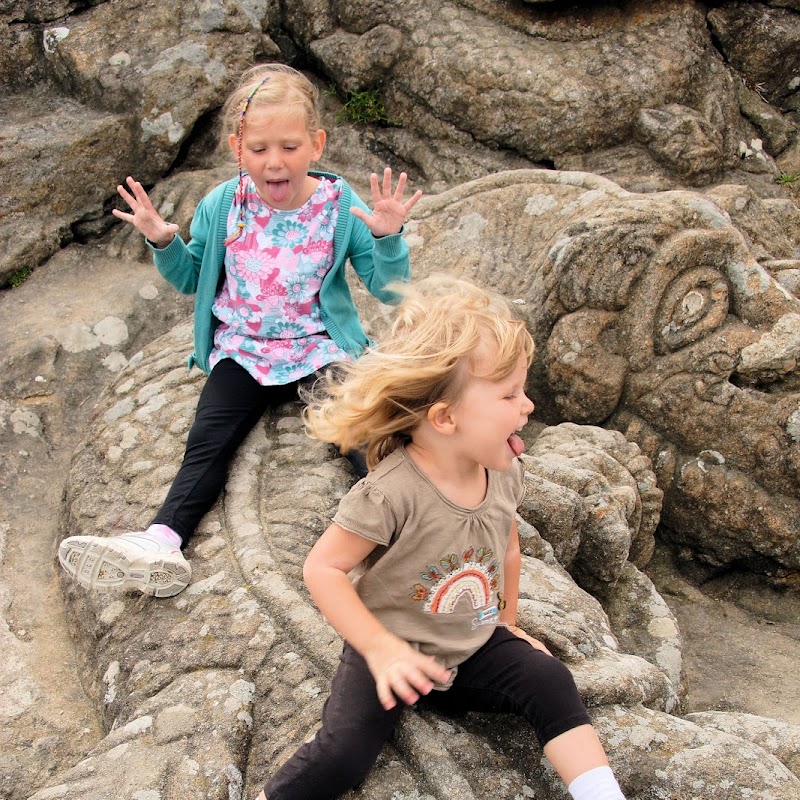 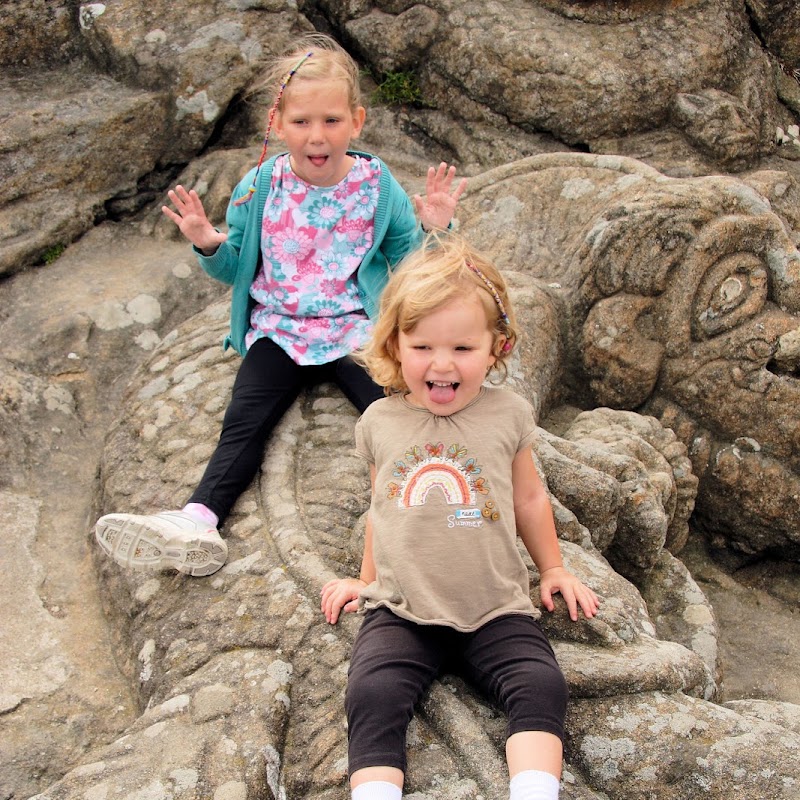 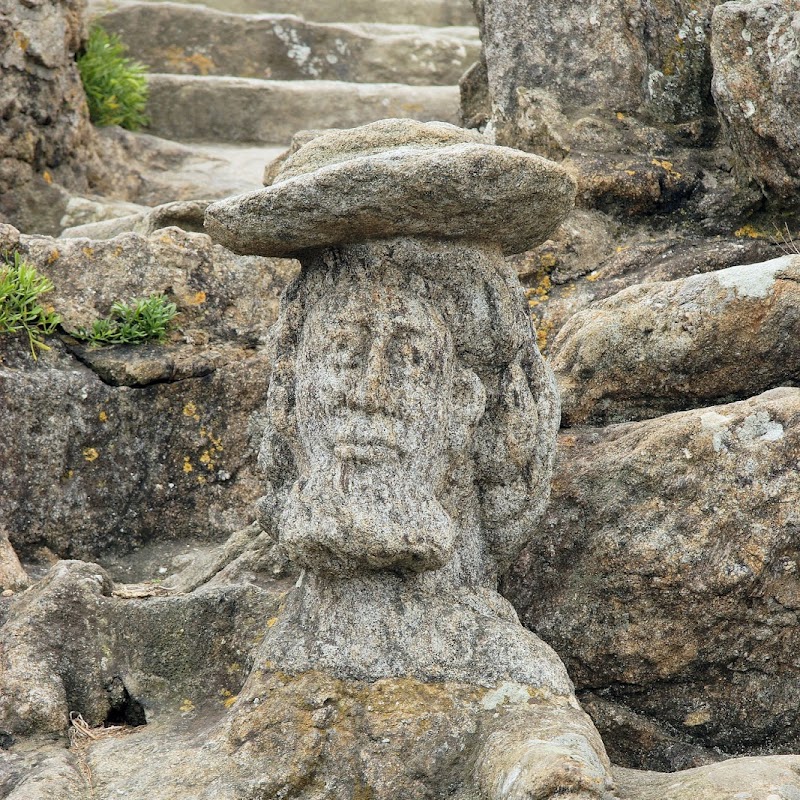 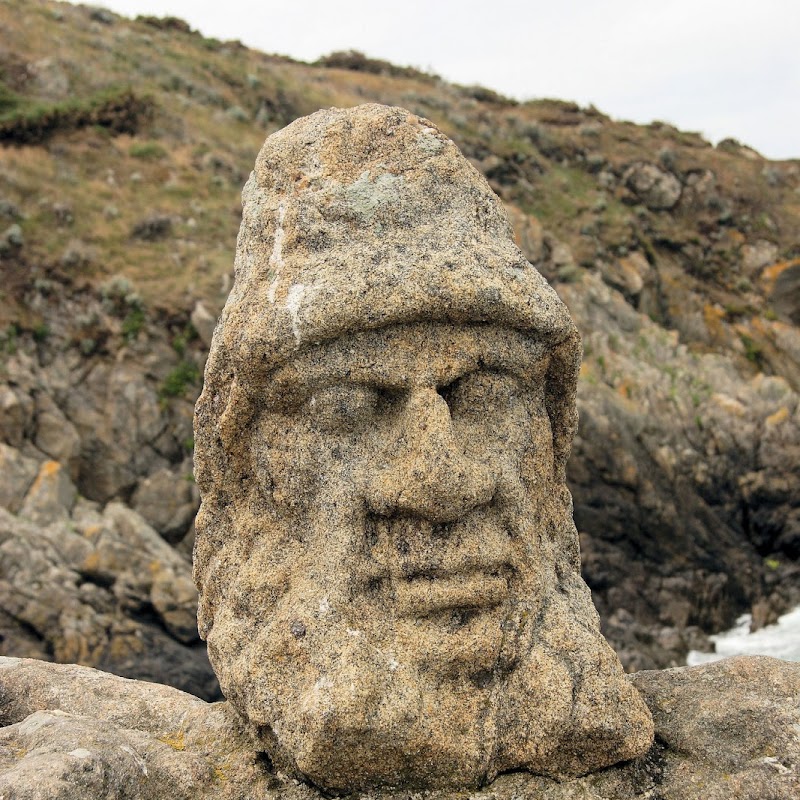 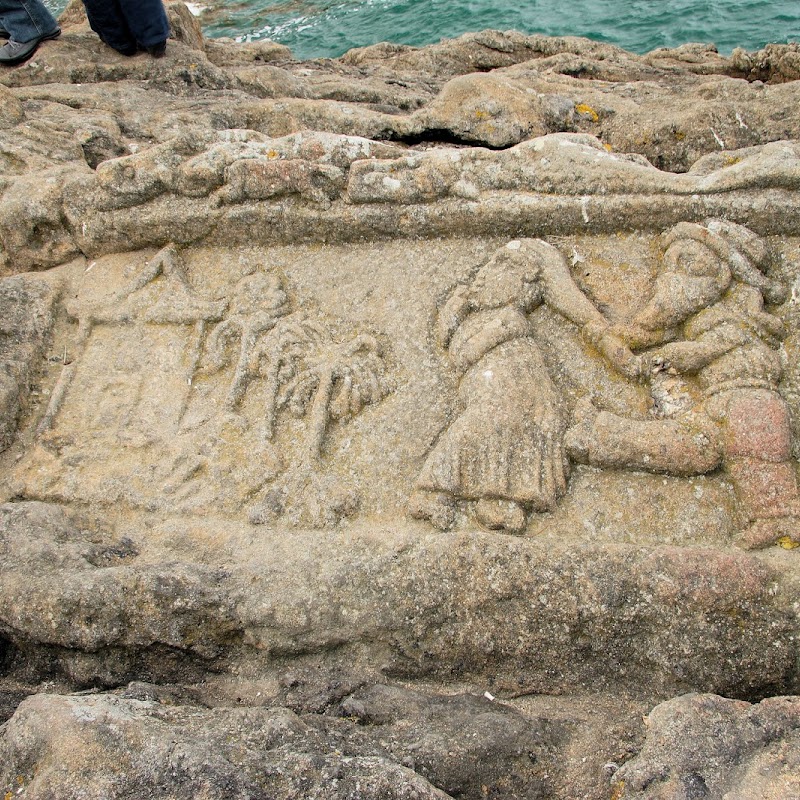 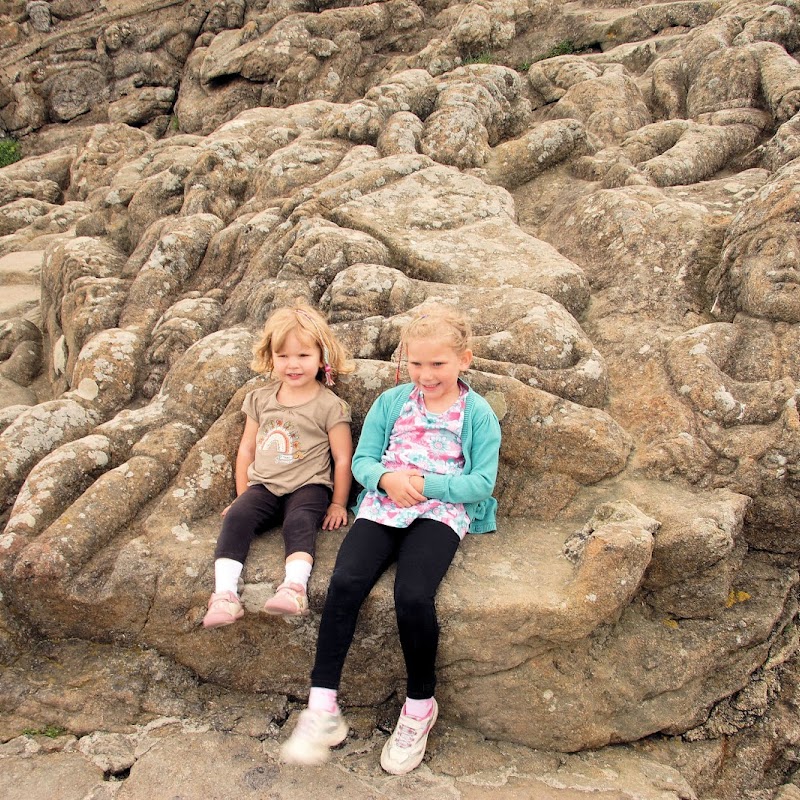 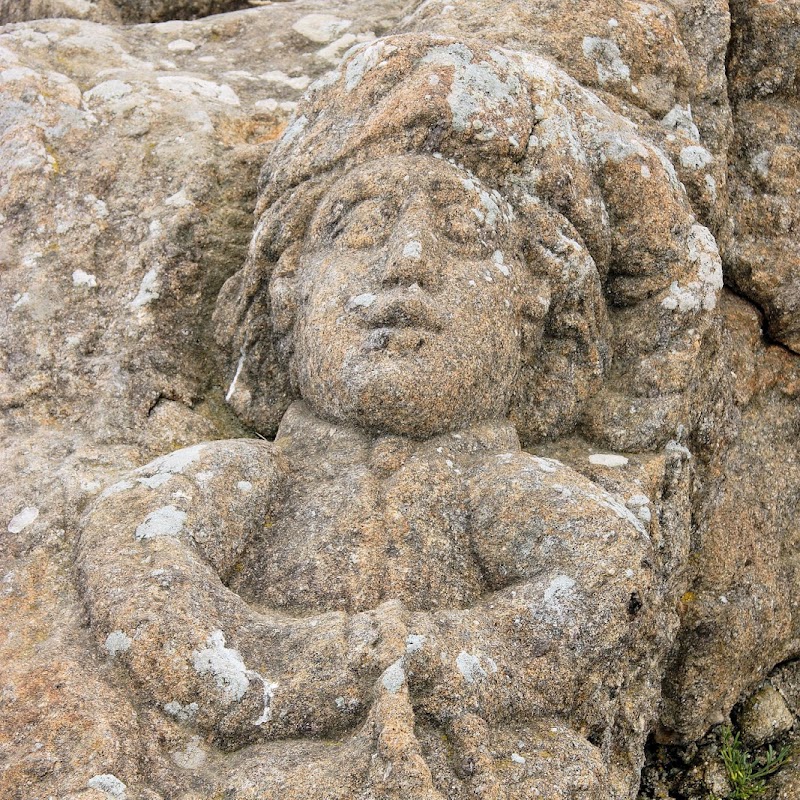 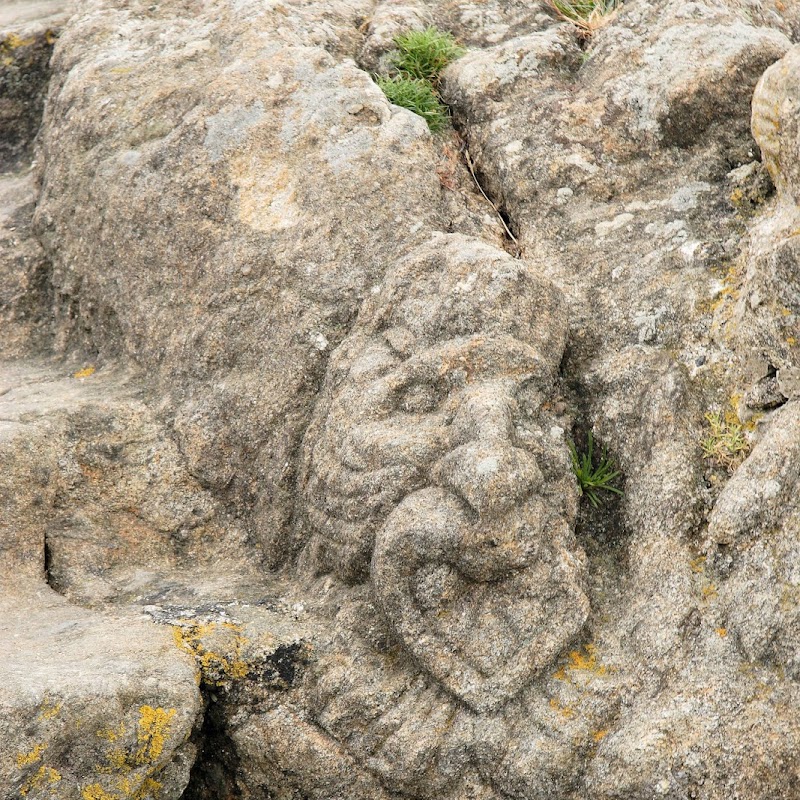 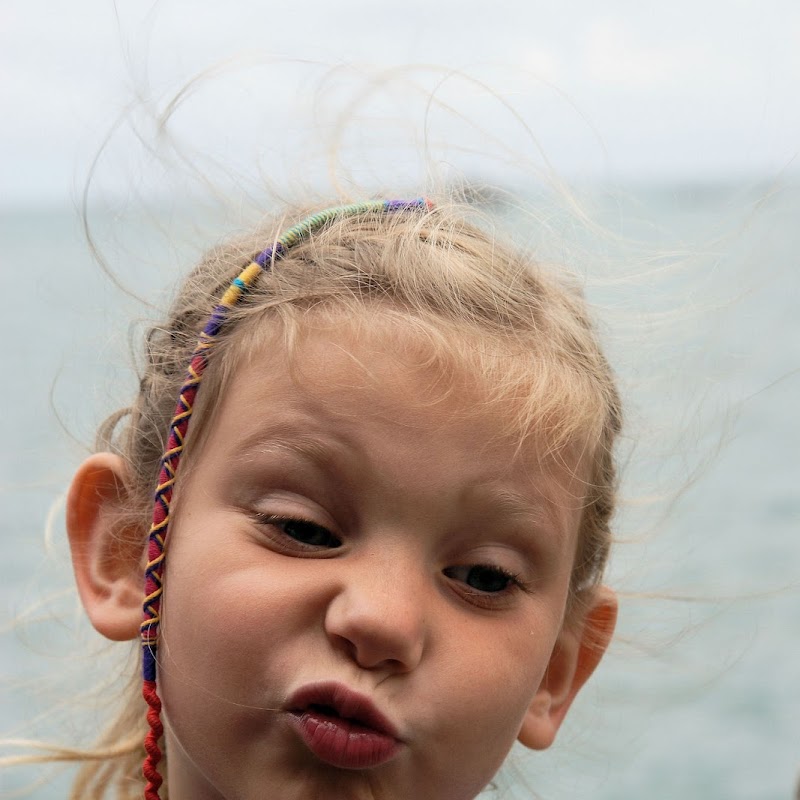 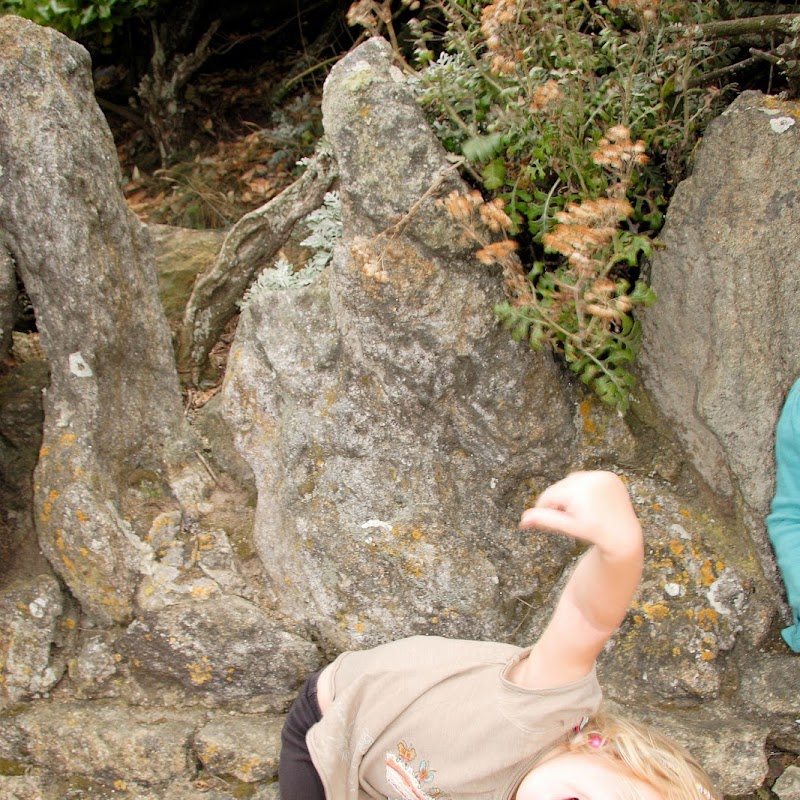 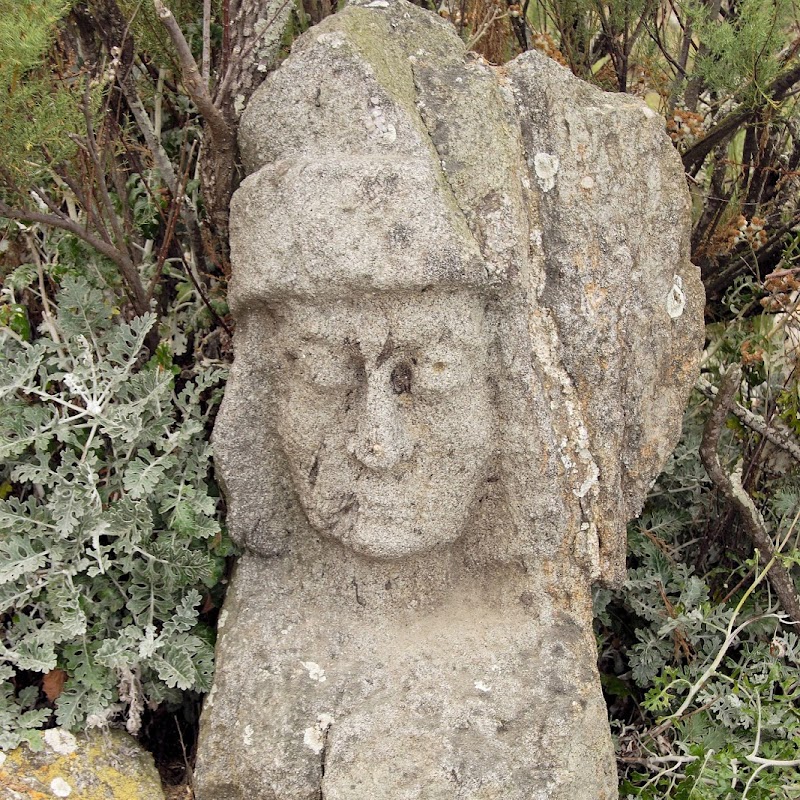 While we were there we had to find somewhere to buy stamps so that Ami could post her postcard back to school.

And that was more or less it for the “being out” – we drove back to the house and began the long, painful process of trying to get everything packed whilst keeping the kids occupied.

They were occupied for some portion of the time by going into the swimming pool again.

Kev was occupied for some time by trying to wrestle the roofbox down the tight staircase and onto the top of the car again.

When all this was finished we had the traditional last day “fridge clearance” for tea, finished off whatever alcohol was left, and headed for an early night.

The following day was going to involve a lot of driving.