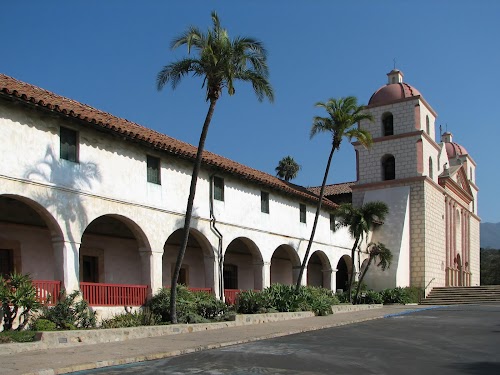 The breakfast at the Bella Maggiore was extremely good, so we left in a good mood and with full stomachs.  We hadn’t really decided where to go or what to do on this day, so the whole thing was a bit hit-and-miss.  We started by driving into Santa Barbara.  After some time of getting lost on one-way streets we eventually arrived at a big open plaza which is alongside the old mission from which the town gets its name.  We didn’t have any loose change to pay for parking so we didn’t stop.  Instead, we drove up a hill behind the mission and visited some botanical gardens instead.  This had a fairly interesting selection of native and non-native plants, and the walk round kept us occupied for a couple of hours.  However, our hearts weren’t really with it, so we had a quick lunch and headed further north, to see how far we could get towards Monterrey.

The drive north of Santa Barbara was a bit dull.  You leave the coast and pass by a number of unremarkable towns, each of which seemingly has its own bizarre claim to fame.  San Luis Obispo was home to the first ever motel.  Gilroy is the world’s garlic capital ( and you can smell it as you drive past ).  San Simeon is home to the Hearst Castle ( www.hearstcastle.com ), which is apparently California’s second busiest tourist attraction. 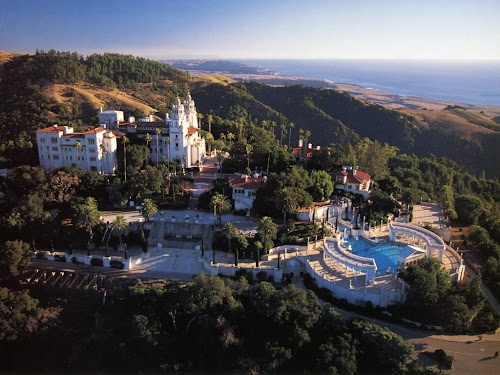 We stopped at Hearst Castle for a little look around, but once we saw the entry prices we decided not to bother.  It’s quite expensive to get into, and I don’t think either of us was that interested anyway.  So we just had a very expensive cup of bad coffee in the main visitor centre, and then returned to the car.

From San Simeon, the road north towards Monterey is the famous part of California State Route 1.  This is famed for being the most beautiful piece of coastline in the world.  I’m not sure about that, but it is pretty dramatic.  The road really does stick to the coastline pretty much all the way for the 80-100 mile journey, apart from a brief trip inland to go through Big Sur.  As the coastline is an alternating series of headlands and valleys, and is quite steep sided, you are constantly turning and going up or down.  This was the only part of the holiday where I decided I didn’t like the RAV4.  The suspension just seemed a bit dodgy and after an hour or so I was starting to get distinctly sick. We made a couple stops at likely looking pull offs and took a few photos.  The road was quiet and the weather was very good, so we weren’t in any particular hurry to finish the drive. 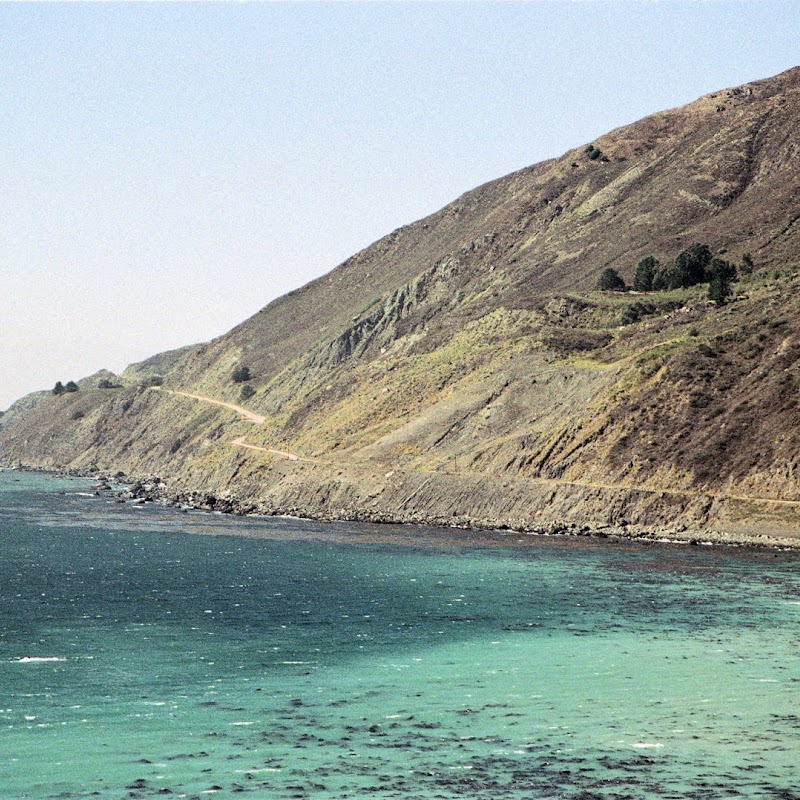 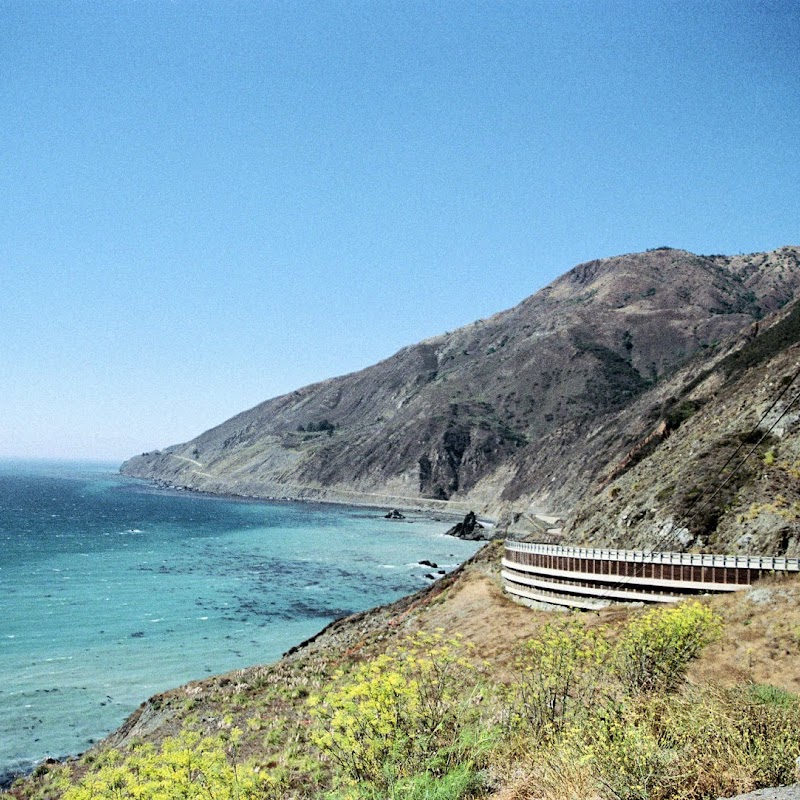 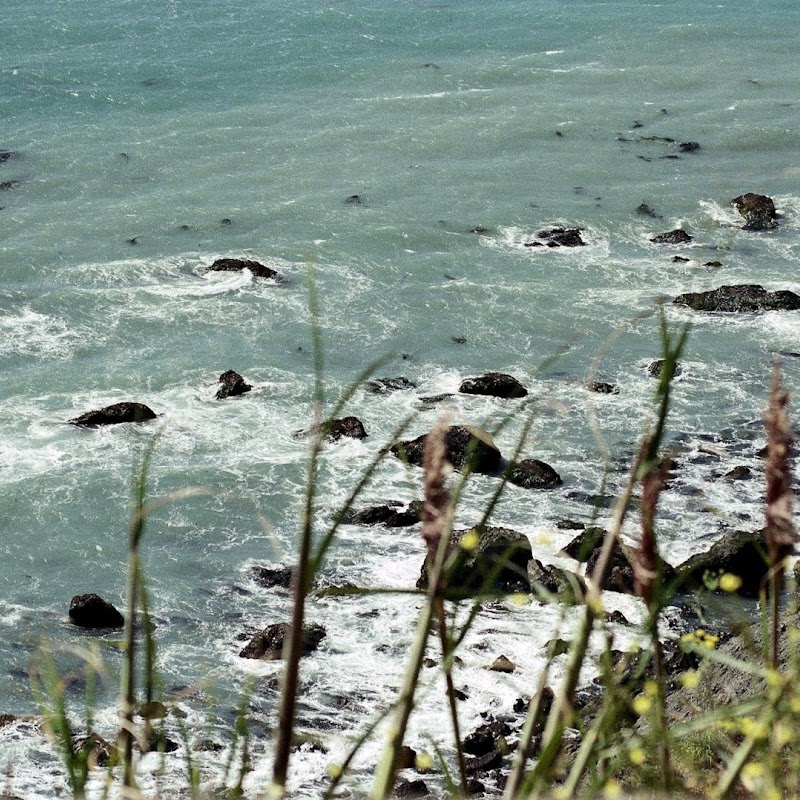 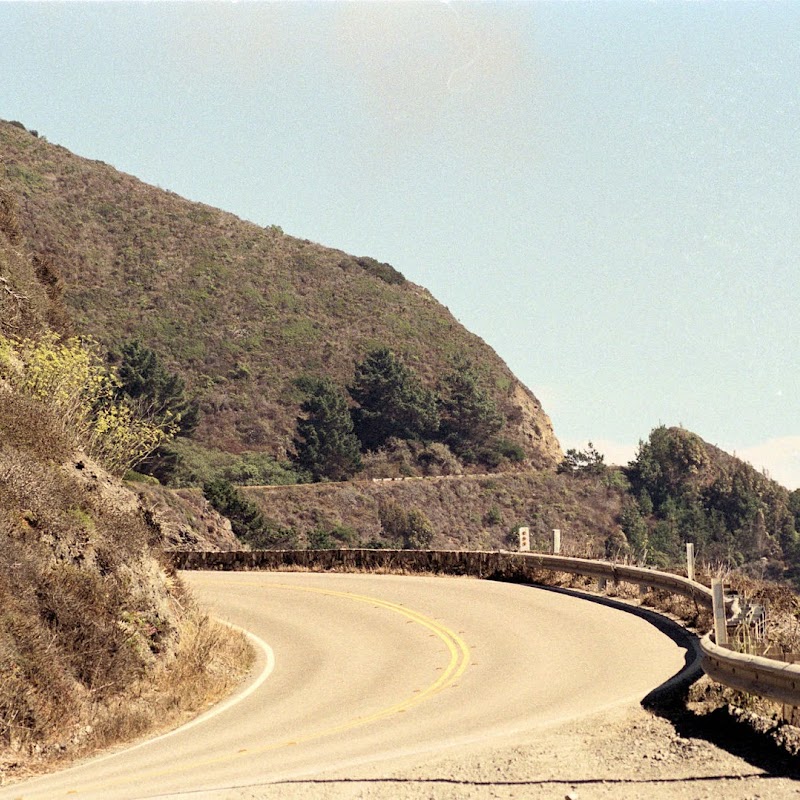 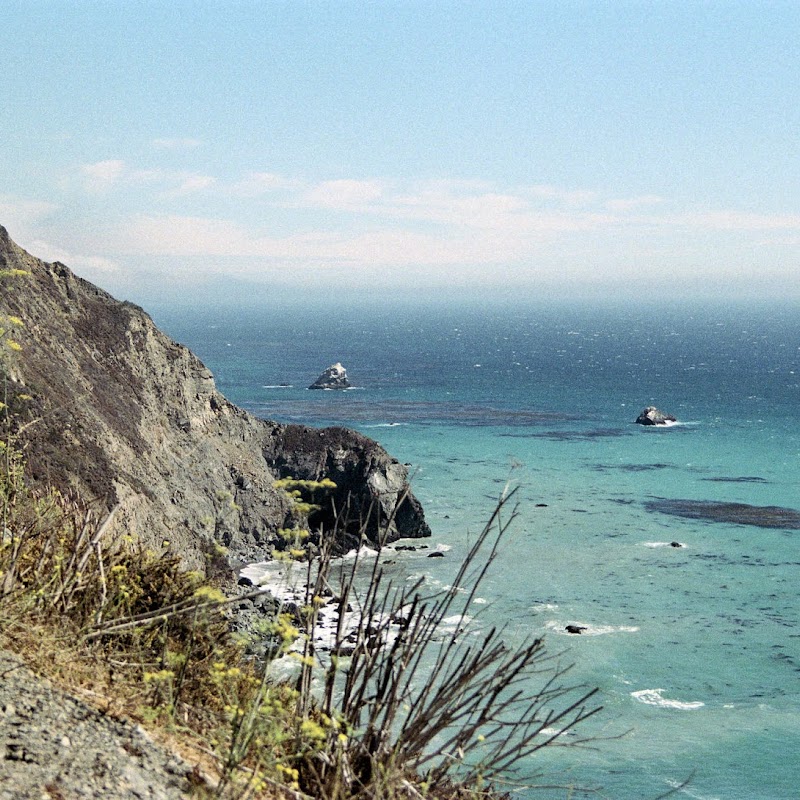 By the time we arrived in Carmel, the afternoon was starting to look very much like evening.  We liked the sound of a couple of the motels in Pacific Grove, so we picked our way through the various little towns of Carmel and Monterey until we got onto another traditional American main street in Pacific Grove.  At the end of this were the motels we were interested in.  The first place we tried was the Butterfly Grove Inn.  This looked best from the Moon Guide.  The rooms they had available were very good, but were also much more expensive than the book hinted.  The cheapest they had free was around $150 a night, which seemed a bit lavish. So we went straight over the road to another motel.  We can’t remember the name, but it may well have been the Seabreeze Inn.  Anyway, the rooms looked OK and we were getting too tired to argue, so we checked in for our last two night in the US.  We were both getting a bit hungry as well, so we had a quick shower and got ready to go out for the evening.  The one quirk of the motel room was that we couldn’t get the shower to switch off.  The tap was very stiff, and despite our best efforts we just couldn’t get the flow to stop completely.  So it’s just as well that the noise of running water couldn’t be heard from inside the room because of the air conditioning.  We did report this to the reception desk, but they never did fix it while we were there.We decided to walk down into Pacific Grove rather than take the car.  This was partly because we had been in the car for most of the day, so we wanted to stretch our legs, and partly because it was only a mile or so, so we decided we could safely both have a couple of drinks and walk home rather than risking a drive whilst under the influence. 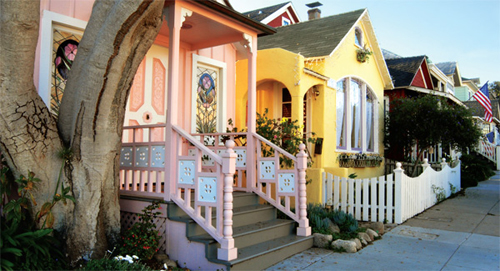 We got down into Pacific Grove to discover there was some sort of convention of 1950’s/60’s cars.  There were loads of very well turned out examples belonging to a wide variety of people.  I won’t try to list the various models because I don’t know my American cars at all, but most were very much from the days when cars were big and showy, with massive engines and various sticky-out fins and other bits.

We ended up eating in an Italian restaurant on the main street.  The food was good and the restaurant was very civilised but we got ripped off over the house wine, which was considerably more expensive than many of the bottles on the menu. In Europe, house wine is normally a euphemism for the stuff you put in your car engine to stop it freezing up in winter, so you expect it to be considerably cheaper than anything which arrives in a proper bottle.

Never mind, you live and learn.