We had once again failed to plan much of the route for this day, except that we had it in our minds that we’d stay in Vegas.  We hadn’t booked anywhere to stay, and hadn’t tried to book anywhere, so it was going to be an adventure.

The books all said the most visited part of Death Valley NP is Scotty’s Castle, up on the north end, so we decided this would be our first stopping off point.  We had pretty much the same breakfast as they previous day, and bought pretty much the same lunch to take with us. We checked out of the motel and gave our home address to the receptionist because the maid had taken one of our towels and added it into the laundry.  Note to oneself – if you take your own towels on holiday, take brightly coloured ones, rather than off-white.  Off-white ones look like hotel towels, so if you leave them lying around, they disappear.  Probably a hotel industry business conspiracy to claw back their losses from all the British people who steal towels as a memento of their fortnight holiday in Benidorm.  Enough said – one towel down and back on the road.

Scotty’s Castle wasn’t quite open when we arrived.  At least, the gas station wasn’t, and this was the part we needed first.  So we bought the tickets for the next available tour, and then wasted the intervening 50 minutes or so by walking round with our cameras, and visiting the little museum attached to the ticket office.  Quite interesting stuff, difficult to get decent looking photos because of all the unfinished bits.  OK, I know they are original features, but there is something about exposed reinforced concrete that doesn’t look good on a photo.  It spoils the intended effect of the main building.  Just time to fill up with gas from the now open station as well before the main event. 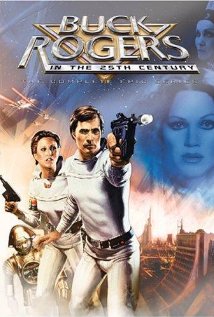 The tour of the building was quite exceptional, not because of the grandeur of the building, but because of the way it was done.  There would be a temptation on such a thing to be entirely factual or historical in outlook, and to treat it with a kind of hushed reverence like you were on hallowed ground.  Instead, the guide dropped into character as soon as we passed through the gate.  The character he dropped into was that of a house worker, odd-job man come butler who worked at the house at the time it was originally built.  He painted a picture at a human level, passing on stories about the inhabitants, their habits, snippets of conversation he’d overheard and so on, and it was all done in the present tense.  He was very good also at ignoring the modern world outside, so when he talked about the wonderful new appliances the Johnsons had put in the place, he managed to sound genuinely impressed.  Obviously it was just a guy painting a picture, and much of the story is probably extrapolated from what’s known about the Johnsons and Death Valley Scotty, but it was well done, and it made an interesting trip round what was actually just a moderately sized and unfinished house in the desert.

After Scotty’s Castle we headed back into the valley floor to visit Ubehebe Crater.  I don’t know how you’re supposed to pronounce this, but we plumped for making funny noises like the robot on Buck Rogers.  Ooh-bee-hee-bee, ooh-bee-hee-bee, OK Buck !  Ubehebe is a volcanic explosion crater, caused by molten lava rising up to the surface and hitting some pockets of water.  Lots of heat when applied to water embedded in rock makes for a big bomb.  The result was several big holes.  We parked up in a stop at the foot of the trail walk around Ubehebe, and walked up a steep cinder path to the lip of Ubehebe.  It was very windy, and the overall effect was like trying to run up a massive sand dune to switch off the massive hairdryer at the top.  By the time we got to the top, we were a bit drained, and the single litre of water we had taken with us was running out fast.  We took a few photos of the holes and scurried down the cinders back to the car for more water and air conditioning.

Lunch was about due, so as Ubehebe was a bit of a moonscape we decided instead to go and sit under the shade of the trees back at Scotty’s Castle.  Very pleasant indeed. 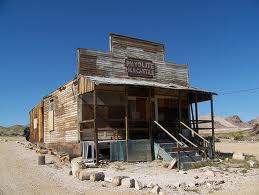 Someone, somewhere ( at the Ranger Station, I think ) said we should maybe try the ghost town of Rhyolite, just off Route 95 over the Nevada border.  We decided the way to get there was to drive out of Death Valley on the road at Scotty’s Castle, and then make our way south.  As with all things in this part of the US, it was further than it looked on the map, but we eventually got there, only to be rather disappointed.  I’m not sure what we were expecting from a ghost town, but there was very little there.  There were a few signs stating what the buildings were, but there were no facilities or services at all.  I think our problem was that we were feeling a bit drained by the heat, so we just couldn’t be bothered with walking round a ghost town in the middle of a scorching afternoon.

The better option seemed to be a burn down highway 95 to Las Vegas, and try to find somewhere to spend the night.  This took a little while and we arrived in the middle to late afternoon in need of a drink and rest.  We went downtown, intending to find a reasonably priced hotel, and just spend the one evening in Vegas wandering up the strip and just spending a night in a city rather than the country.  The reality proved a bit different.  We parked up in a big lot behind one of the bigger hotels downtown and then walked around for ages through a number of slot machine arcades trying to find the bit where they allowed you to check into hotel rooms.  We found several that had rooms, but none for less than about $150 a night.  Serves us right for just turning up on a Saturday afternoon without reservations. 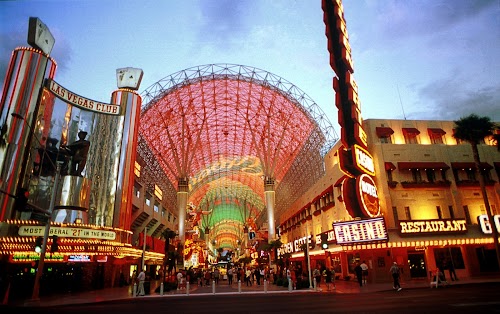 What was remarkable, as a none gambler, was the sheer number of people who are prepared to buy a large popcorn bucket full of quarters and feed them into slot machines for hour on end, and the ultra convenience of the casinos with their food malls, bars, and upholstered stools with integral flush mechanism so that you never have to stray away from the real business of emptying those popcorn buckets.  The real big rollers who play other games that cost more than 25 cents a go can get cheap rooms at 5pm on a Saturday afternoon, but not us.  We didn’t want to gamble, we just wanted to spend a night of relative civilization sniggering at other people gambling.

So our experience of Las Vegas came to an end much sooner than we planned, and certainly much sooner than most other people’s experience.  We went to a Starbucks in the arcade shown here to read a couple of books, and sort ourselves out. We settled on a drive down to Boulder City, and a very cool sounding hotel.

Boulder City is a few miles to the south-east of Las Vegas, on the road to Hoover Dam.  The Boulder Dam Hotel was originally built as part of the dam project so that various visitors of high status had a reasonable place to stay.  The building is wonderful.  To me, it seemed as if someone had stolen an old colonial mansion from somewhere in The Carolinas or Georgia.  This was then just dropped into the desert, with an appropriate strip of bright green grass round the outside, and off you go.  This was a bit of a gamble in itself, because the Moon Guide was written when the refurbishment was halfway through, so there was the possibility of being able to have dinner there but then go somewhere else for sleep.  Not a problem in the USA, but we were lucky that the renovation had finished and the rooms were open for business. 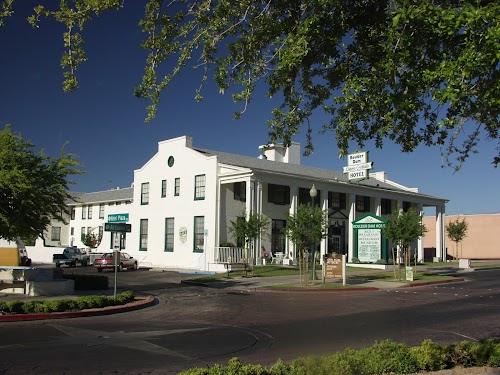 We went through an interesting discussion with the receptionist in which she eventually persuaded us that we’d get a better deal on the room if we claimed fraudulently to be members of Triple A.  For our money we got a big double room and a warning about the wedding party in the hotel that night.

The restaurant proved excellent.  We went al fresco and sat at a little table out on the patio in front of the lawn, and at one point we got wet ankles when the sprinklers in the flower bed against the wall came on for a while. It was pleasantly cooling.

I remember being slightly disappointed over Las Vegas, but we hadn’t really decided on the rest of the trip, so I think we resolved that once we’d done our planned loop round the Grand Canyon we’d maybe come back to Vegas on the way home. We didn’t think twice about it really, and we never did get round to going back, as we got sidetracked by driving into Southern California instead !