The sun was shining and the morning was fresh and new.  We had begun the habit of getting up pretty early, and thus enjoying some of the best weather, and most peaceful times and giving us the scope for some long, action-packed days.  Breakfast was adequate and substantial.  Next stop was the general store at the hotel for restocking the water supply and acquiring the raw material for a packed lunch.  How very English – sandwiches, Pringles and soft drinks.  And the gas station in El Portal was open, so now we’ve enough juice to venture to most parts of the park.

After a number of days of relative inactivity by our standards, the first excursion of the morning just had to include some walking.  So after parking up in Yosemite Village we took the shuttle bus up to the top end of the valley and began the moderately strenuous hike up to Vernal Fall.  This one still had some water coming over it, unlike Yosemite and Bridalveil.  August is a little late in the season for big waterfalls in Yosemite, but Vernal Fall was nevertheless impressive, as the water flow was sufficient to cause a full double rainbow at the foot.  The granite plateau above had a fairly small looking stream at the top ( presumably there’s more water in the spring ) which just sort of falls over the edge.  Further up the same trail you can continue on to Nevada Fall, and also the hike up the back of Half Dome. However, if you want to get up there and back in one day you need to set off seriously early, and when I said we got up early, it wasn’t THAT early. 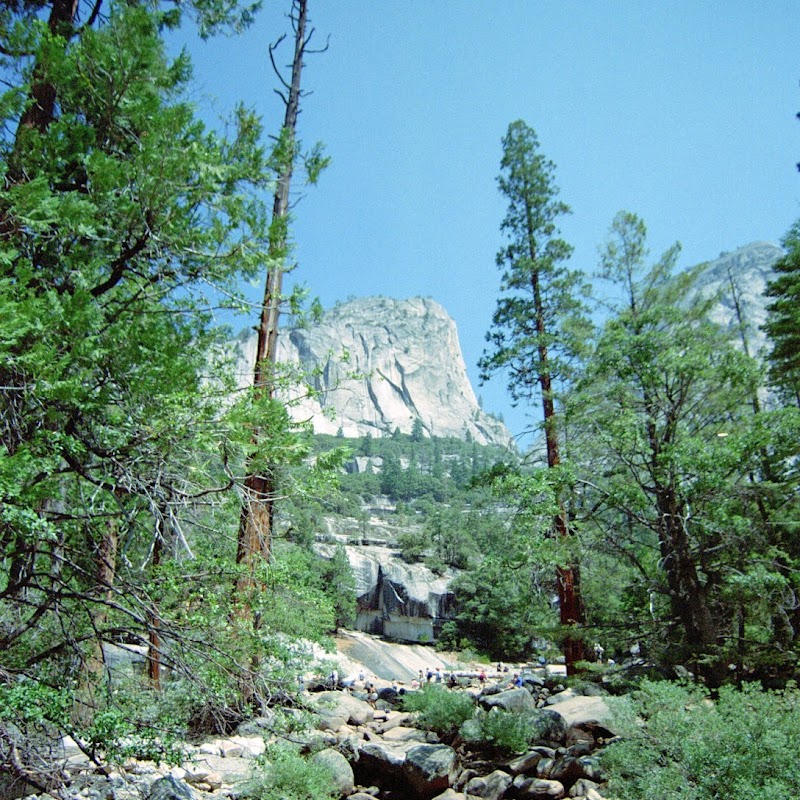 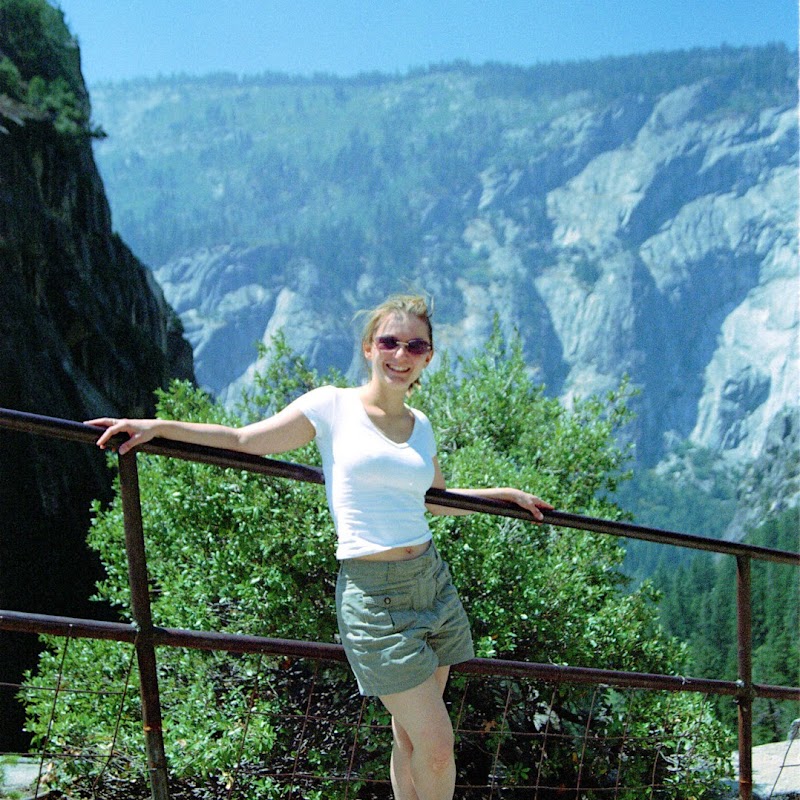 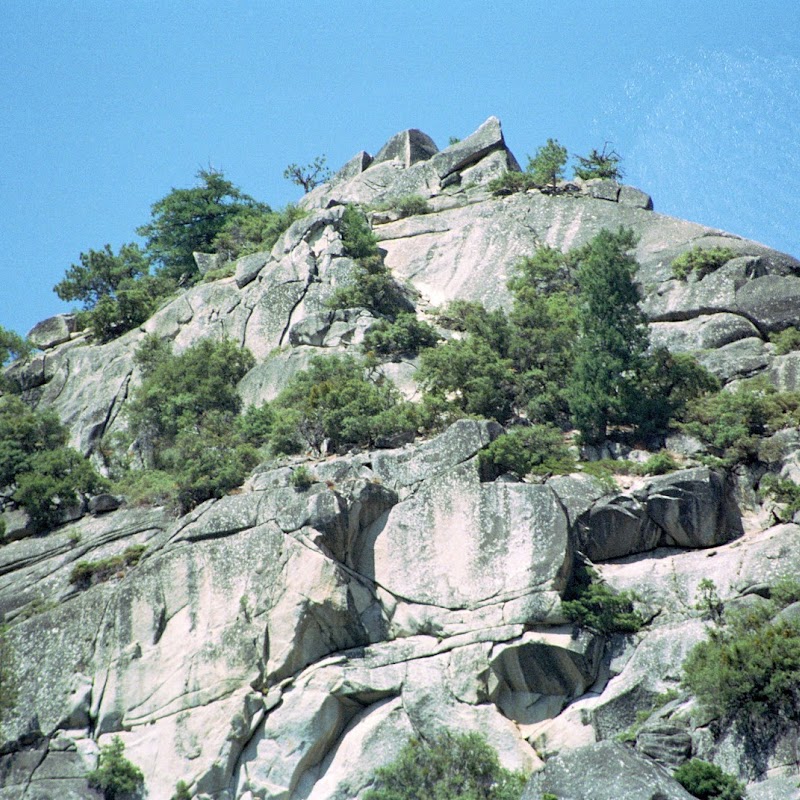 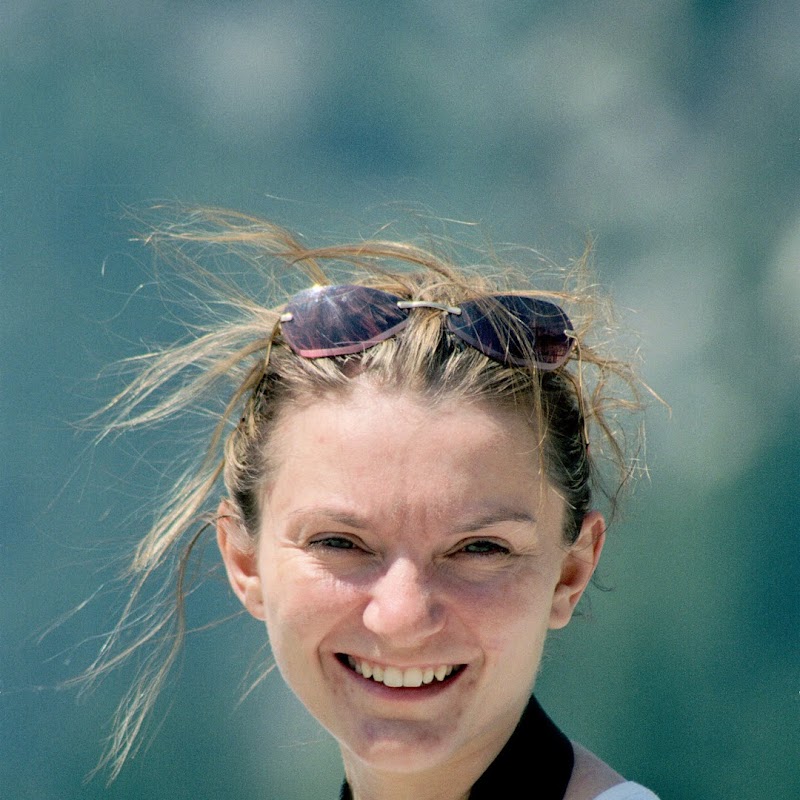 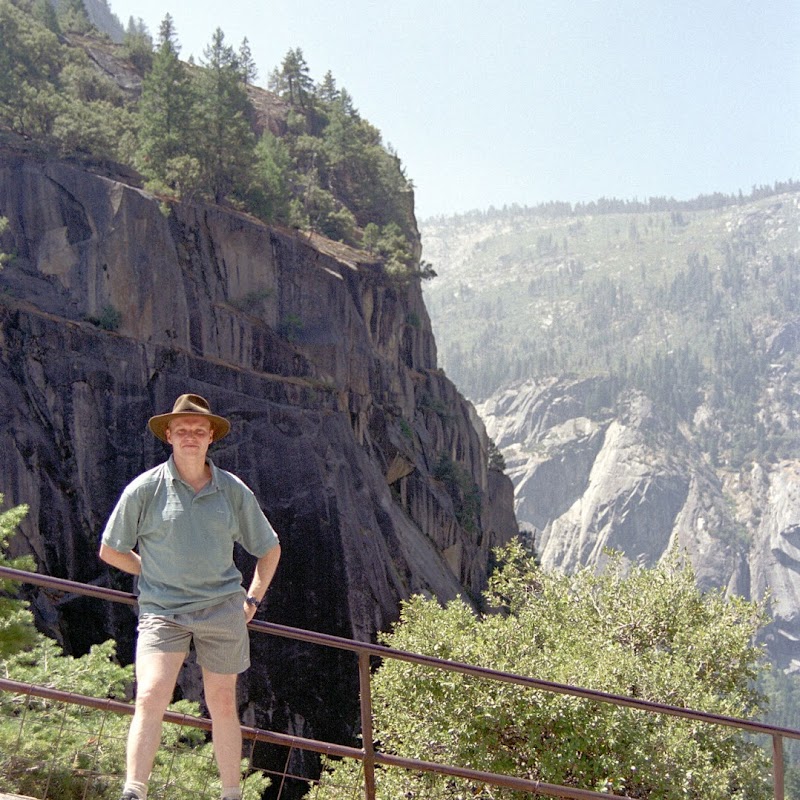 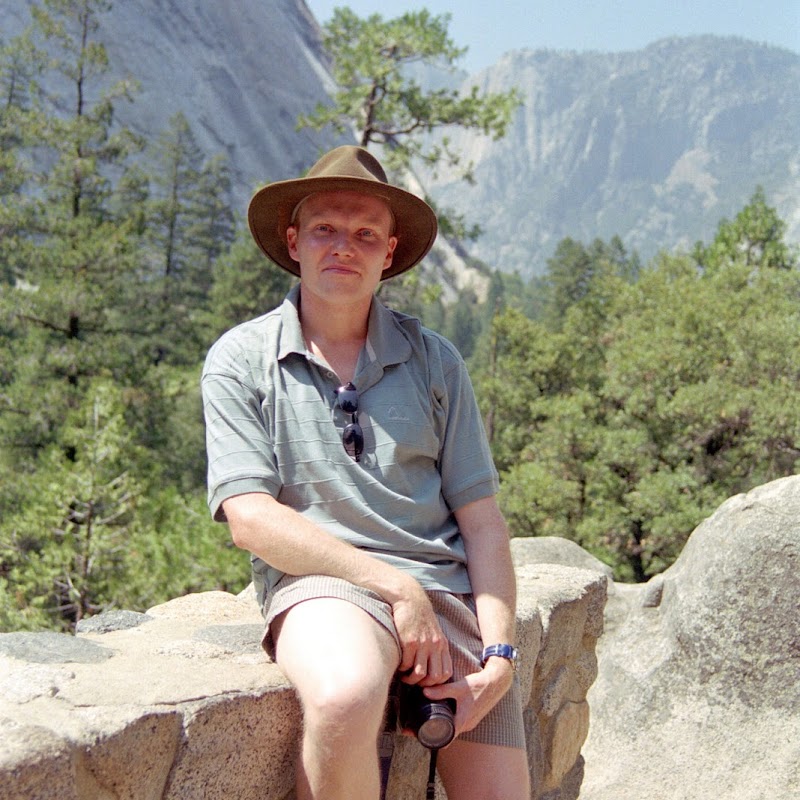 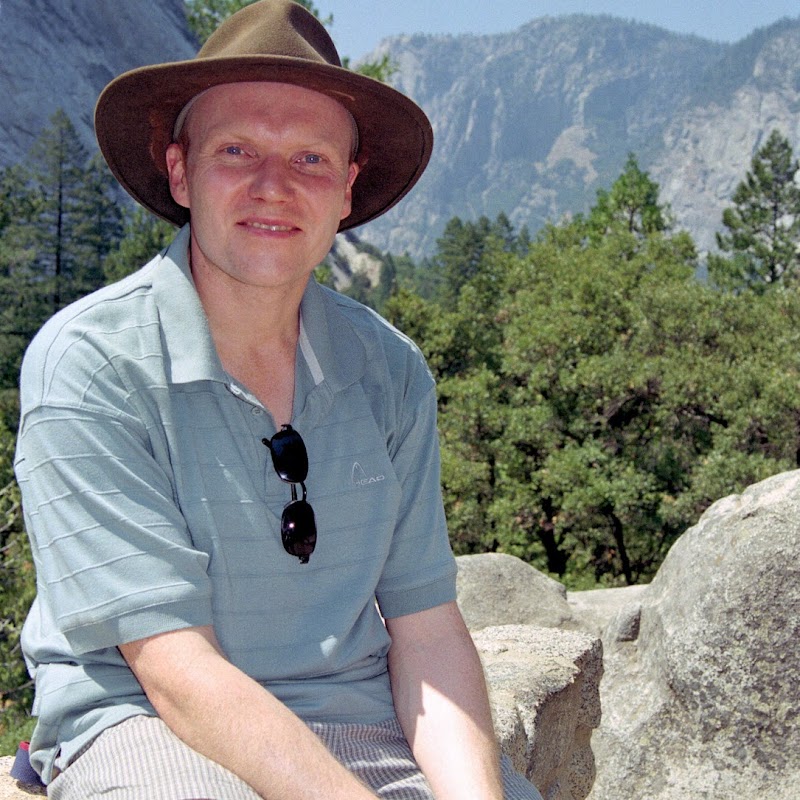 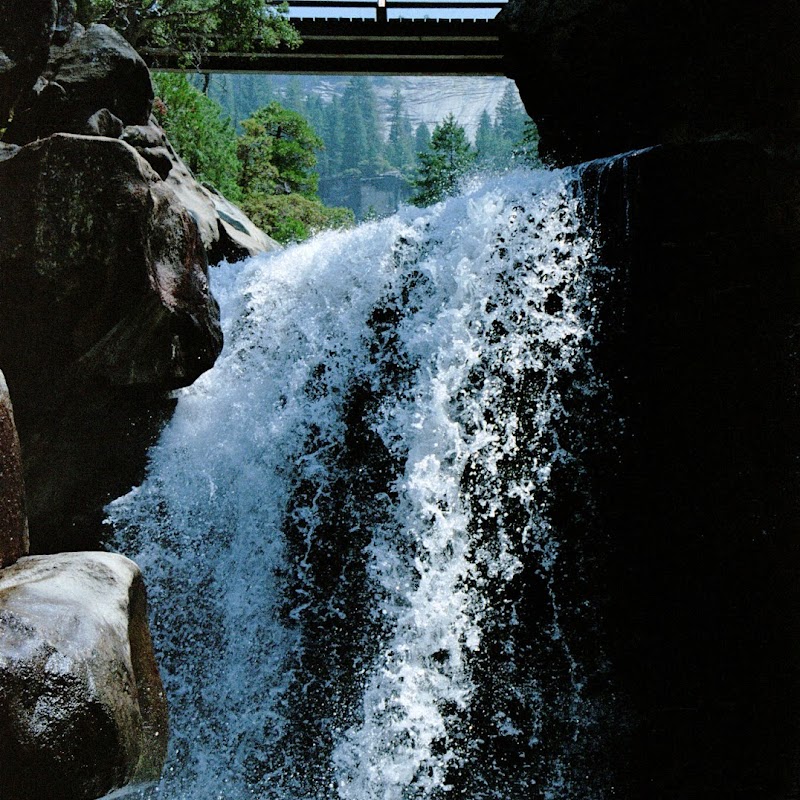 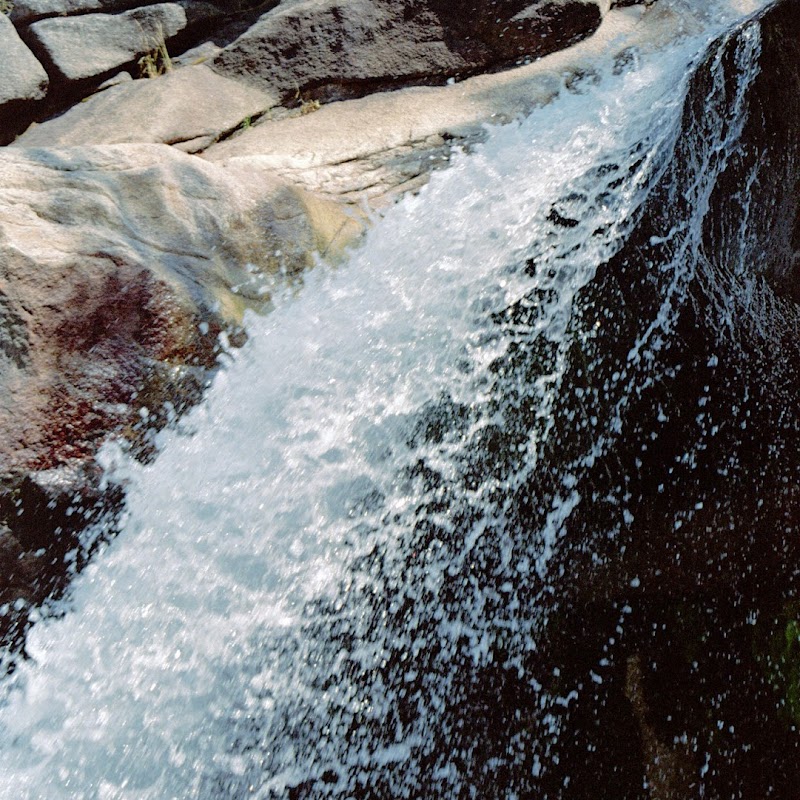 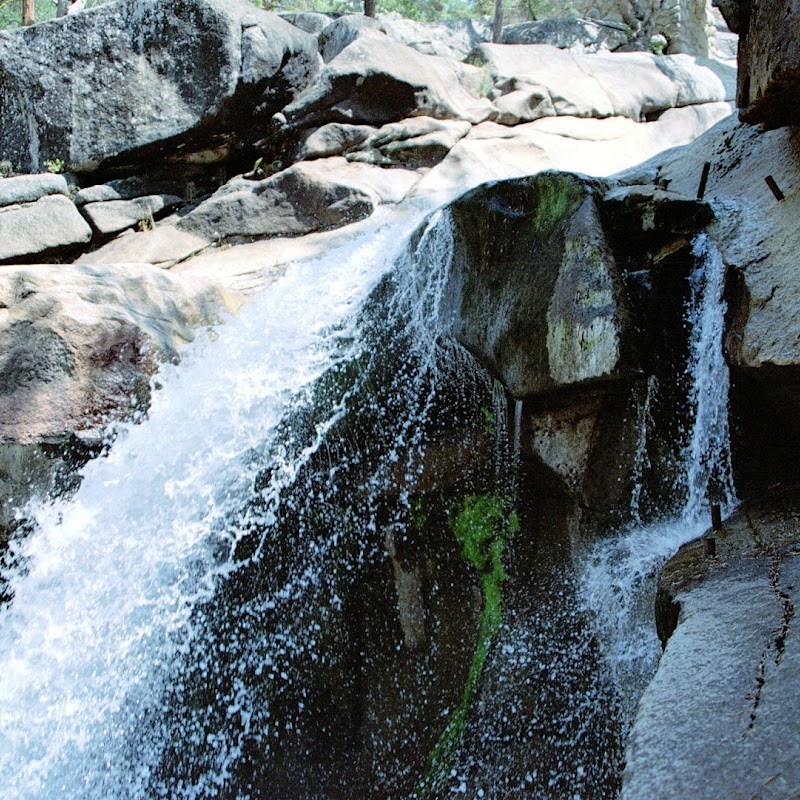 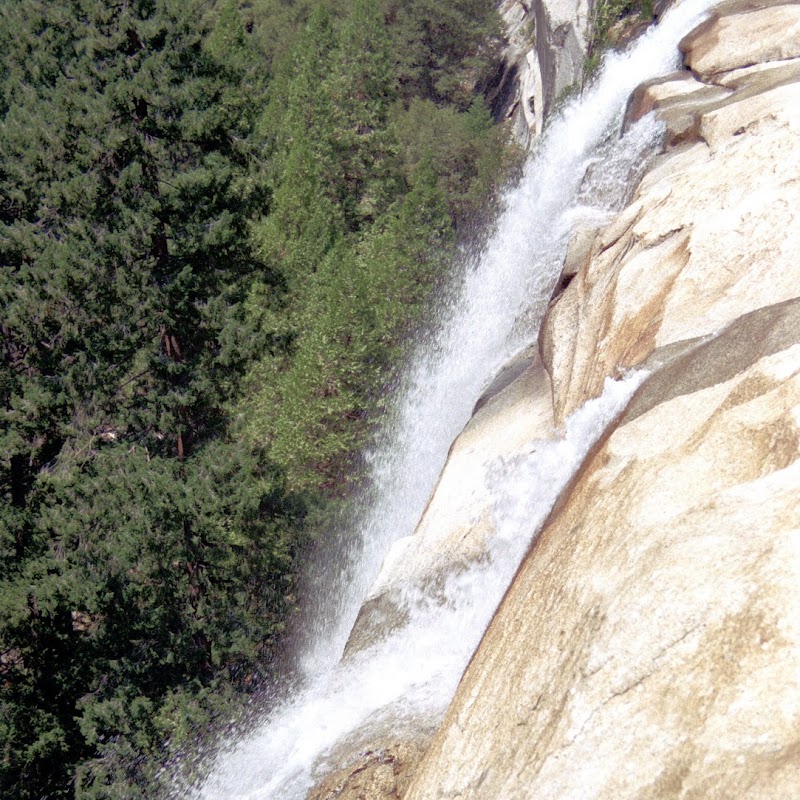 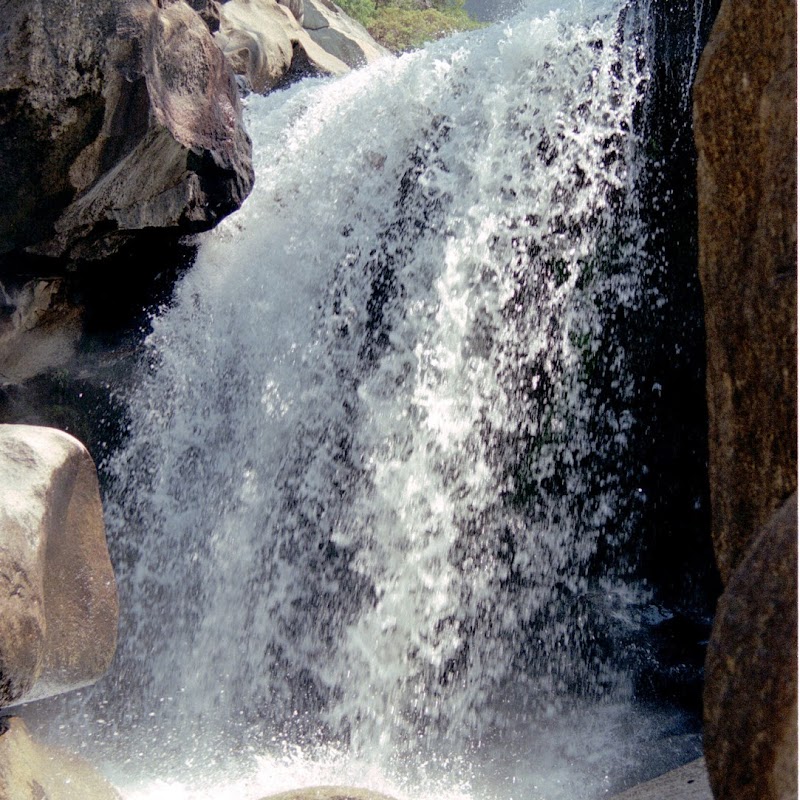 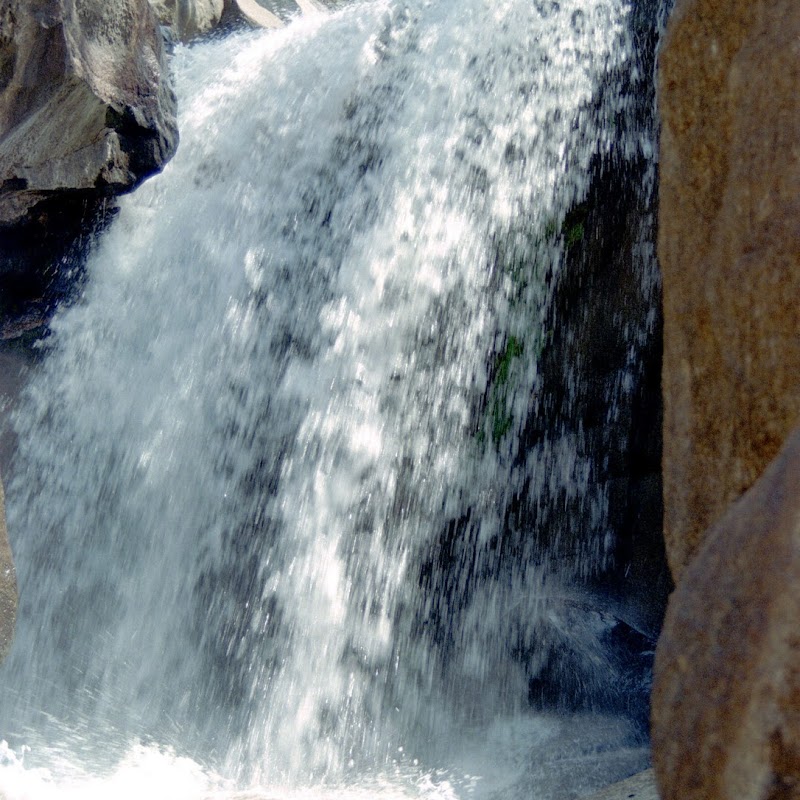 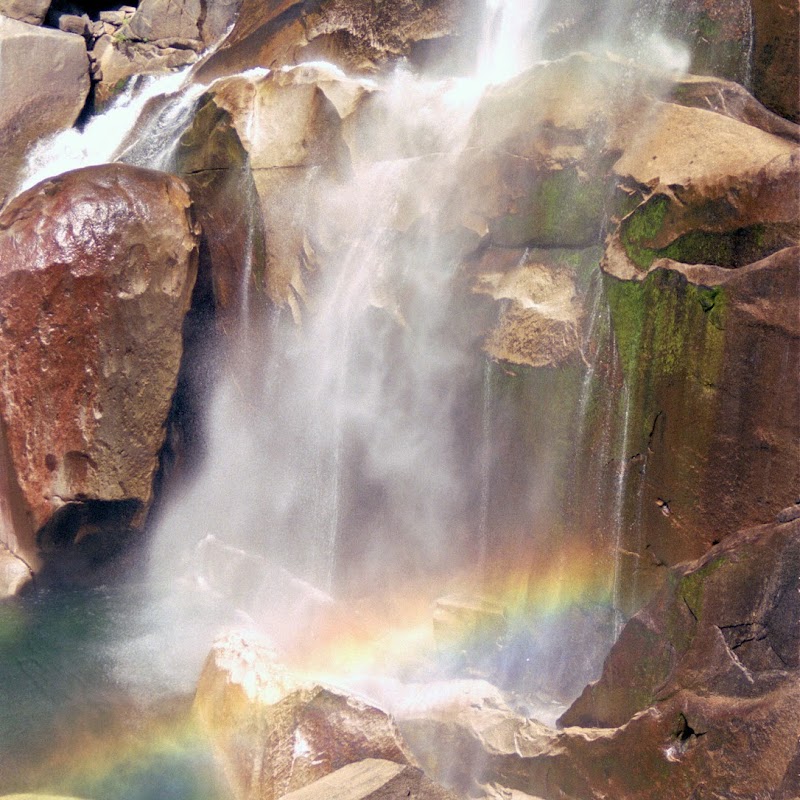 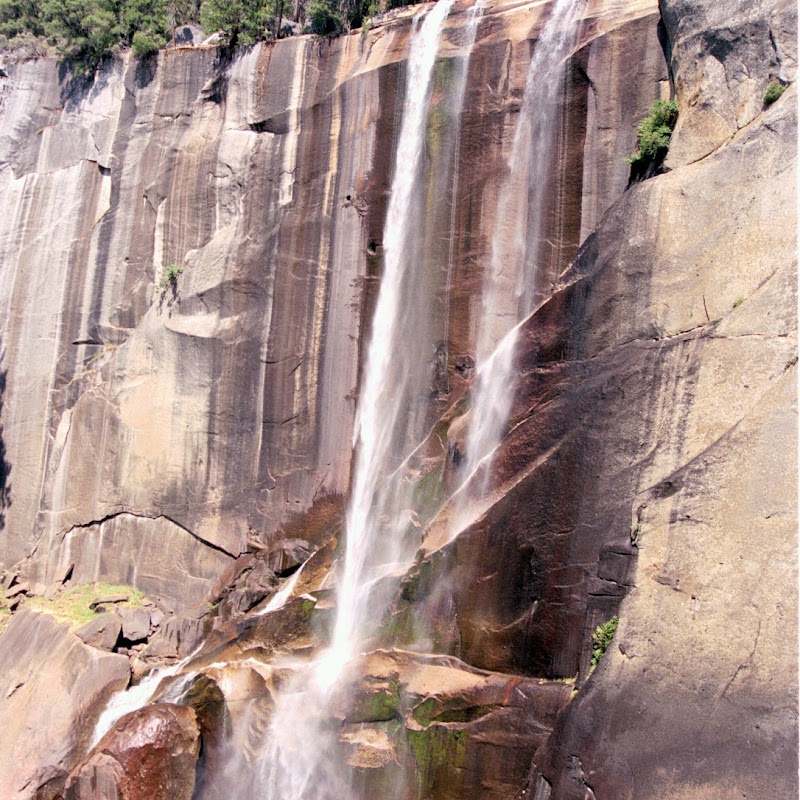 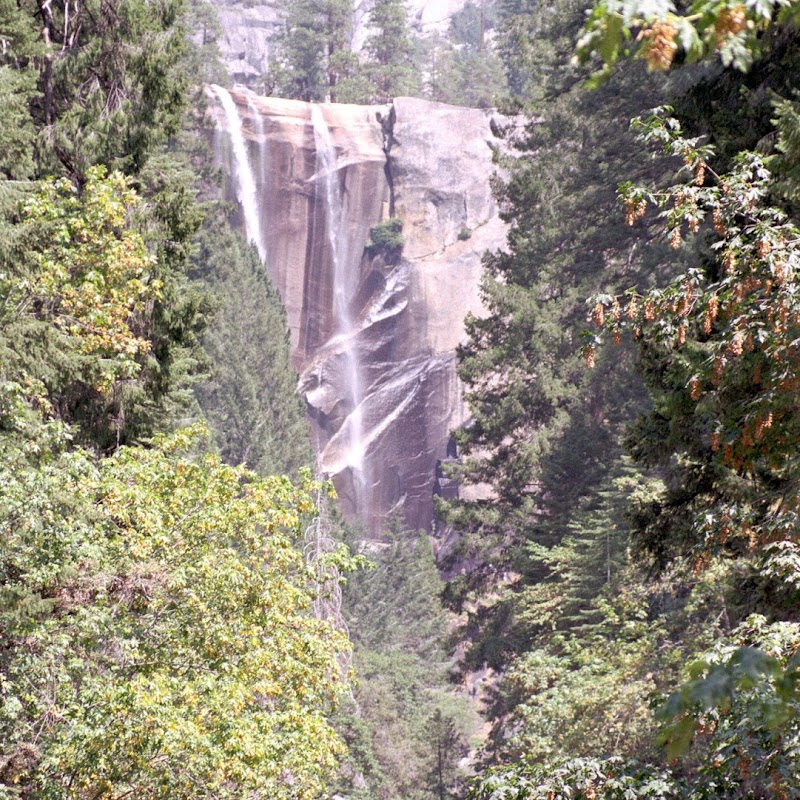 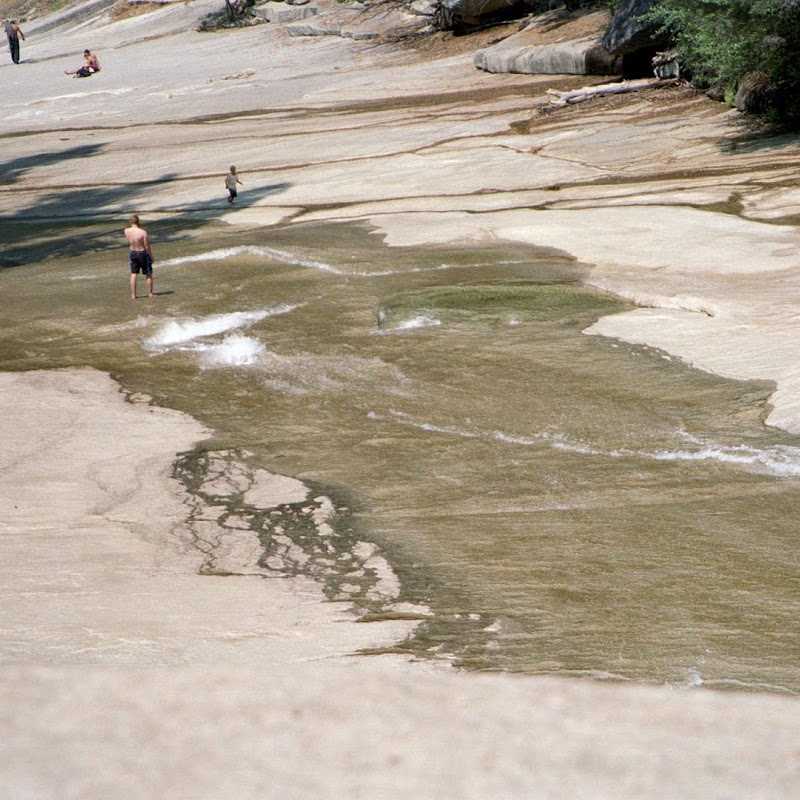 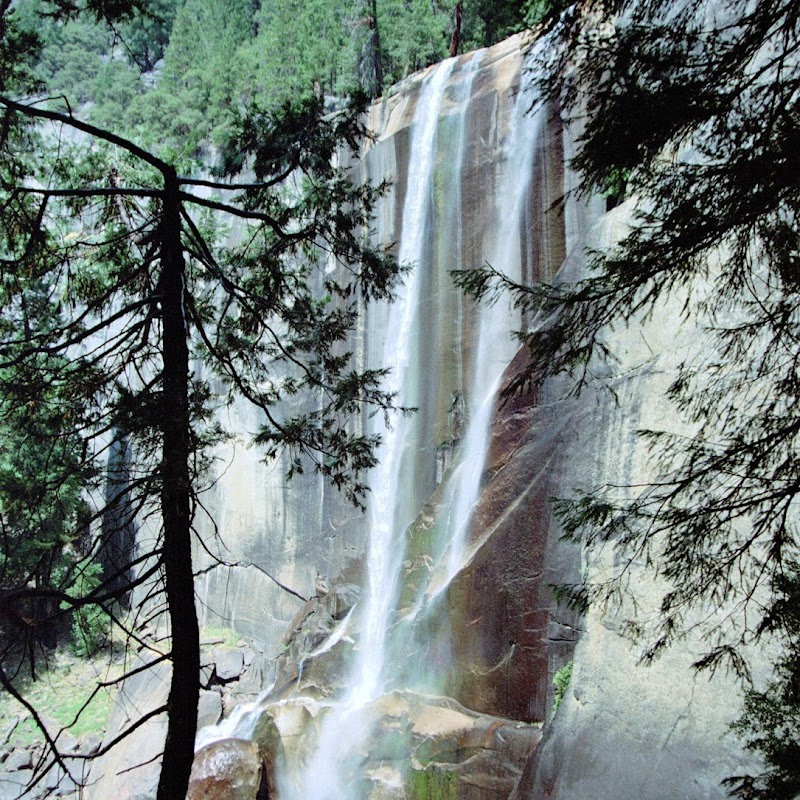 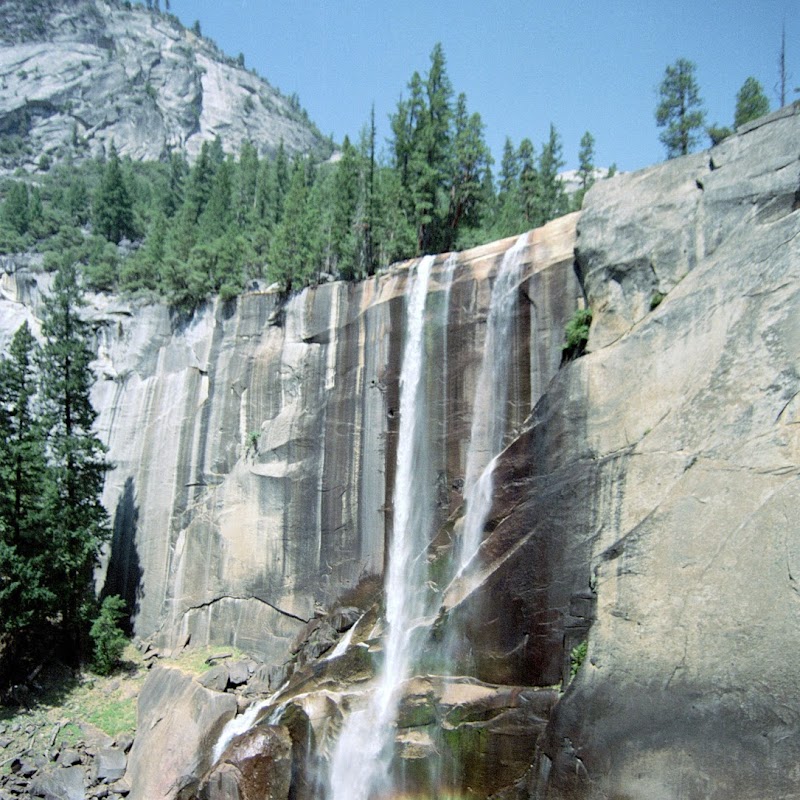 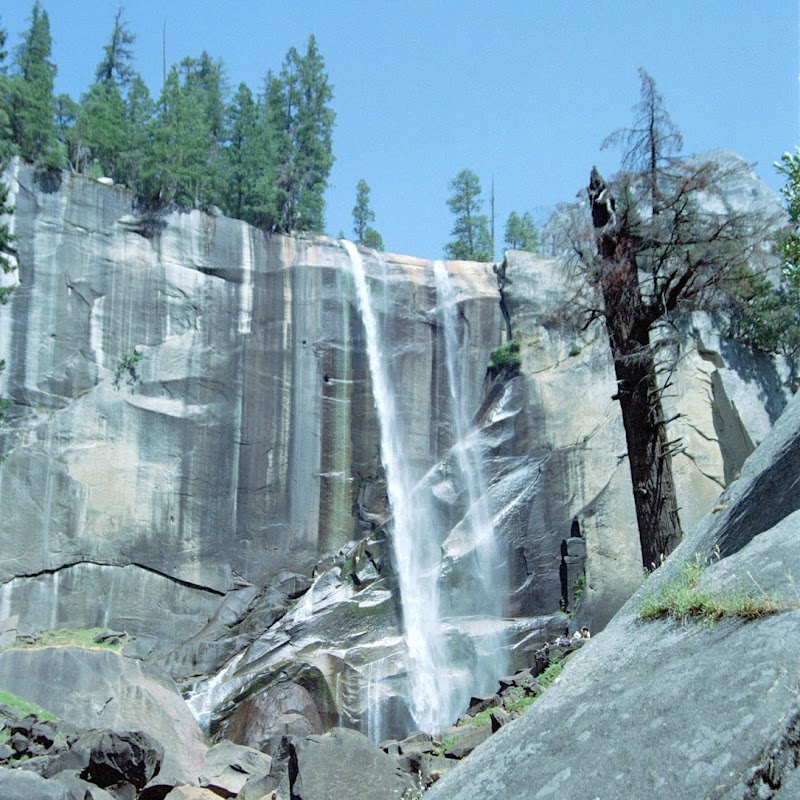 By the time we got back and did some planning over our lunch and decided that today would be the best day for going to see some big trees.  We hadn’t really decided where we were headed the following day except that we wanted to exit the park over the Tioga Road.  We decided this was a long day if combined with going to Mariposa Grove, so off we went.

We decided on the tram tour rather than walking around Mariposa, and managed to just about arrive in time for the last trip of the day.  The tour guide sounded like he had spent a lifetime chewing razor blades and drinking sulphuric acid.  Gruff would be an understatement.  Rougher than a roofer’s glove is closer to the mark.  He also had a bizarre turn of phrase and outlook on life which seemed to indicate a man who was entirely comfortable with his place on the planet, whichever planet that was.  Meanwhile, back at the tram tour, we saw some big trees, and some more big trees.  A couple of times we stopped to look at some very big trees.

Some of the specimens in this grove are staggering in size.  There is the famous one that once appeared in the Guinness Book of Records because someone put a road through the middle just so he could get a photo, completely neglecting the fact that this would kill the tree.  What was it the guy said about sequoias ?  They have very few natural causes of death.  Fire just scorches the lower parts and opens up the cones so that new ones start growing.  Snow doesn’t hurt, because lets face it, big ones have their very own snow line at the top for most of the year.  Small animals live in or around the things and large animals give up and decide that they’re just too big.  And they grow from seeds which are smaller than a gnat’s nadgers.

Their only real natural cause of death is boredom. Trees have a high boredom threshold so a good one will last a few millennia, but eventually they kind of just drop off to sleep and fall over. After this their roots can no longer get up and go to the shops to buy food, so they starve.  But you wouldn’t want to try to dig a grave for one, so they just lie on the ground for another few millennia while a whole forest ecosystem flourishes around the abandoned trunk.

If only had humans found it more difficult to get rid of them, then there might be a few more close to the Yosemite Valley.  Sadly, however, humans have wiped out most of them in ultimately fruitless attempts to find a commercial use, before finally realizing that their greatest use is actually to make us feel inadequate. Mariposa Grove is a fairly long trip out from Yosemite Valley, but the trip is well worth it just for the views from the Wawona Road looking down to the western slopes of the sierra, and the size of the trees in the grove once you get there. 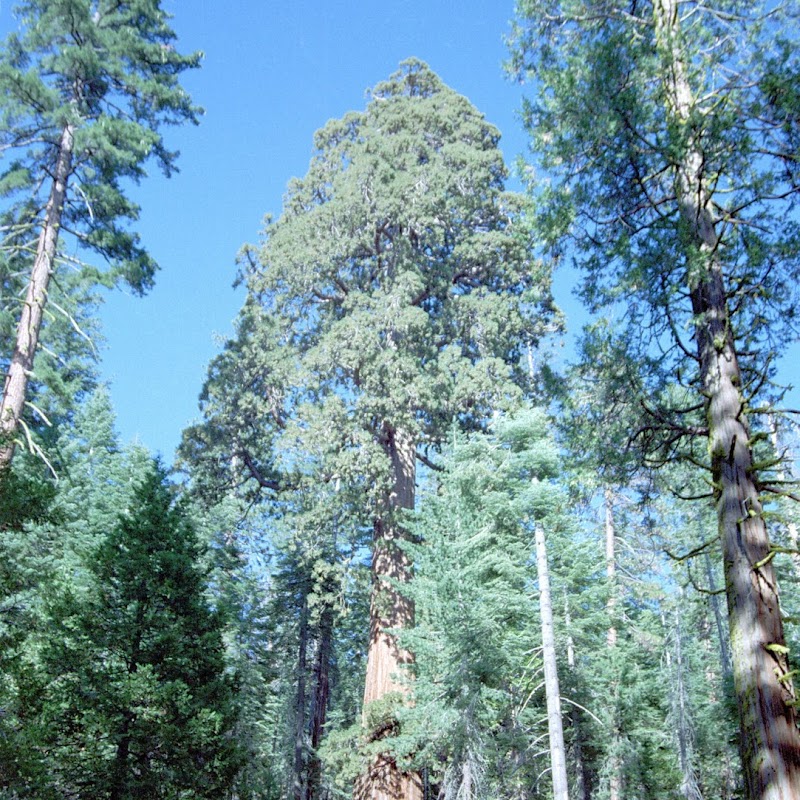 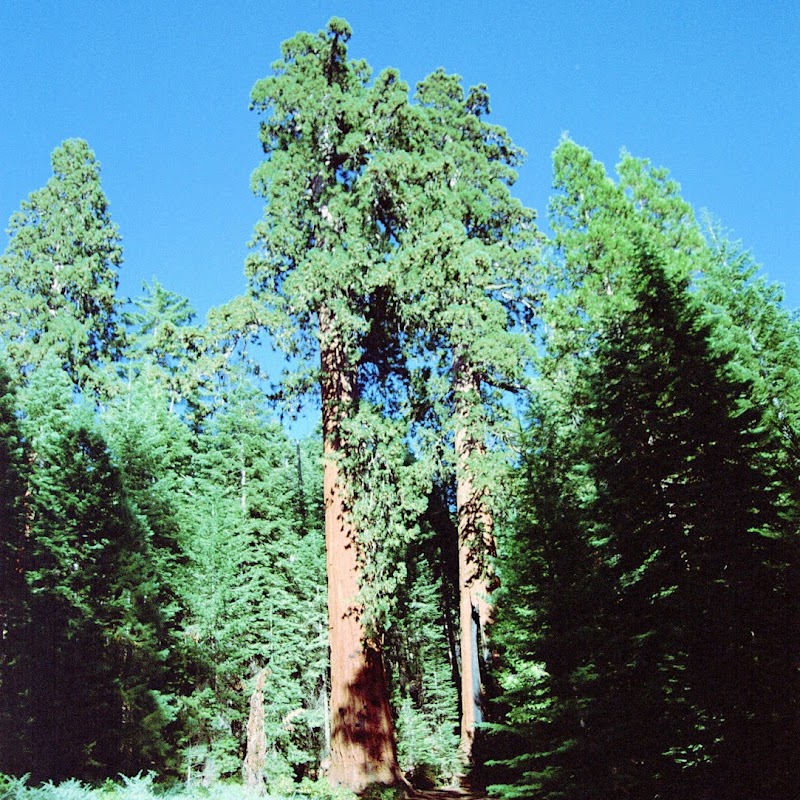 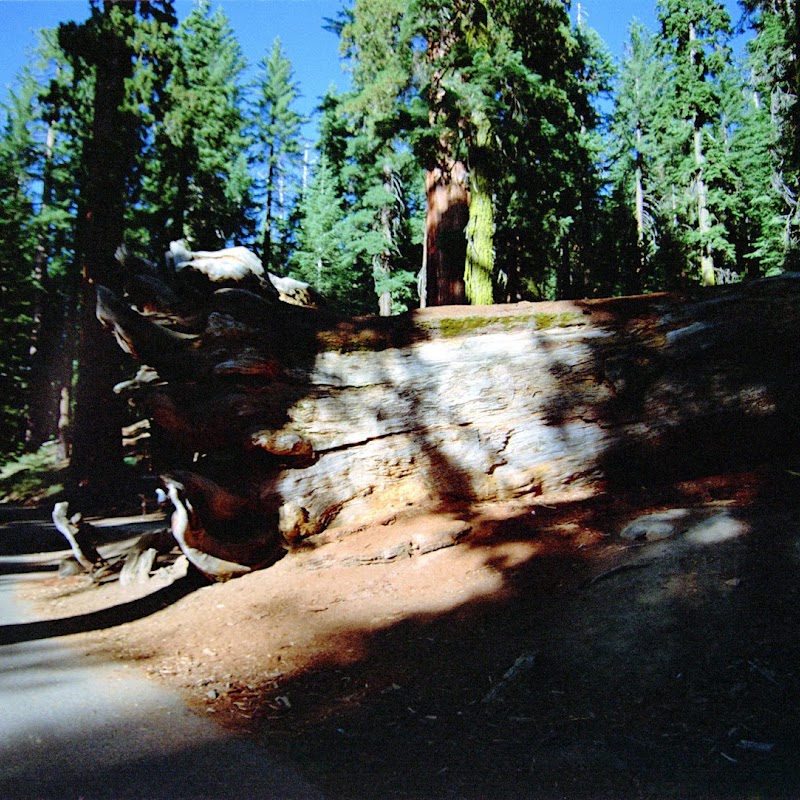 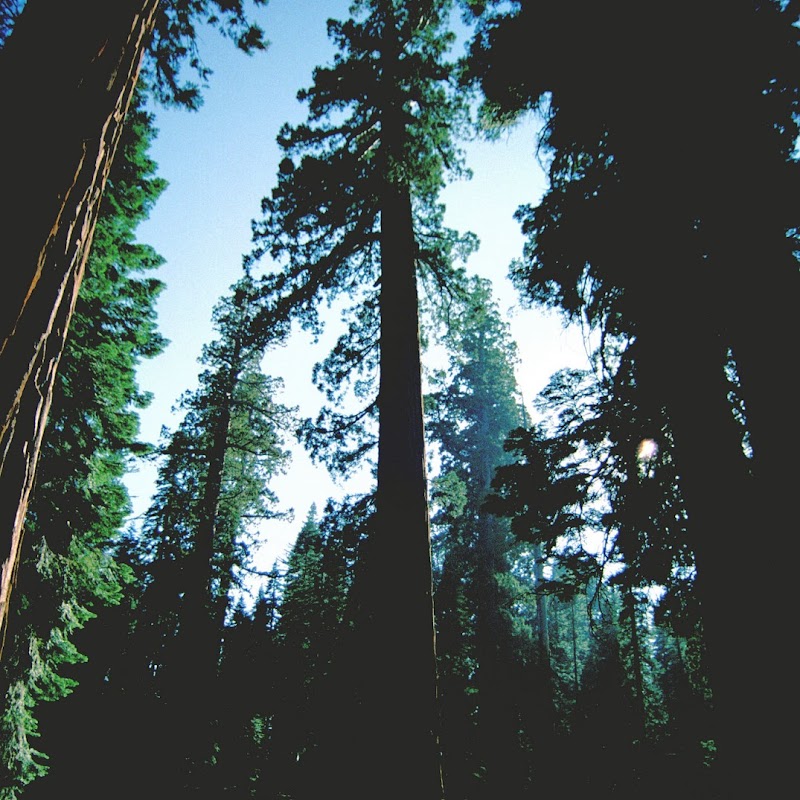 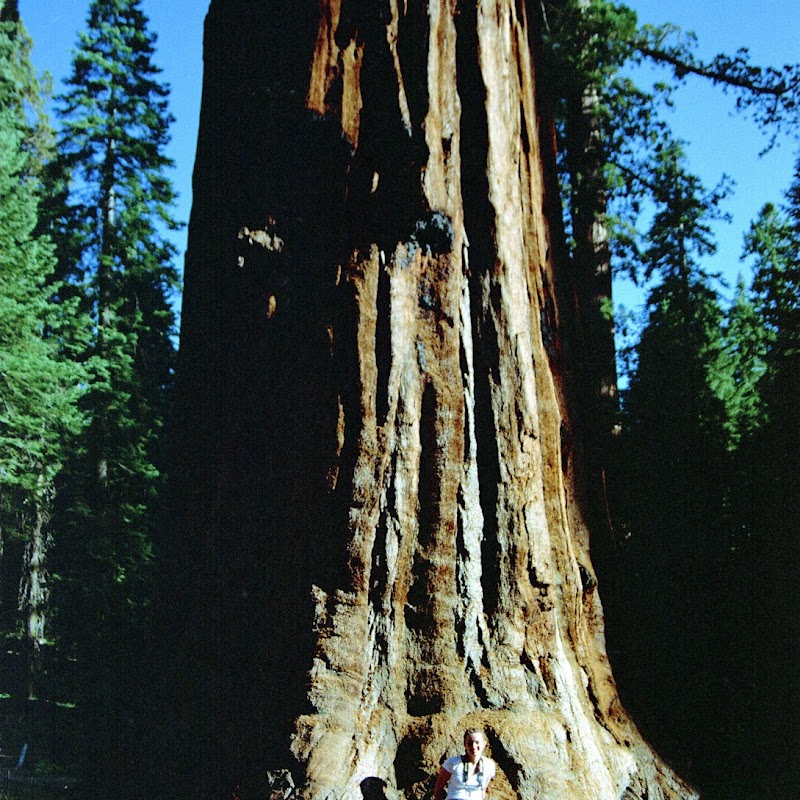 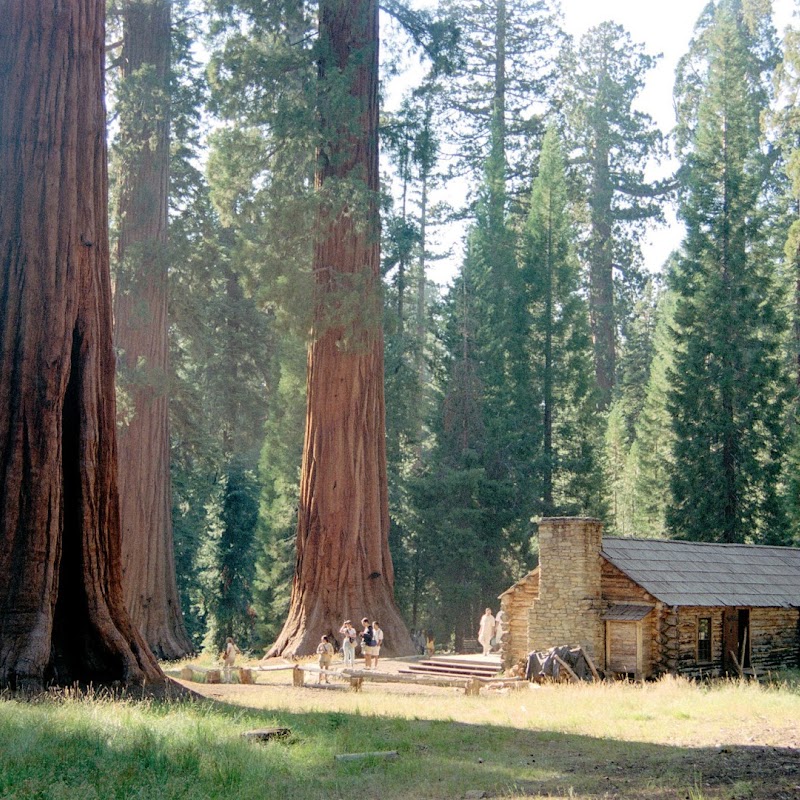 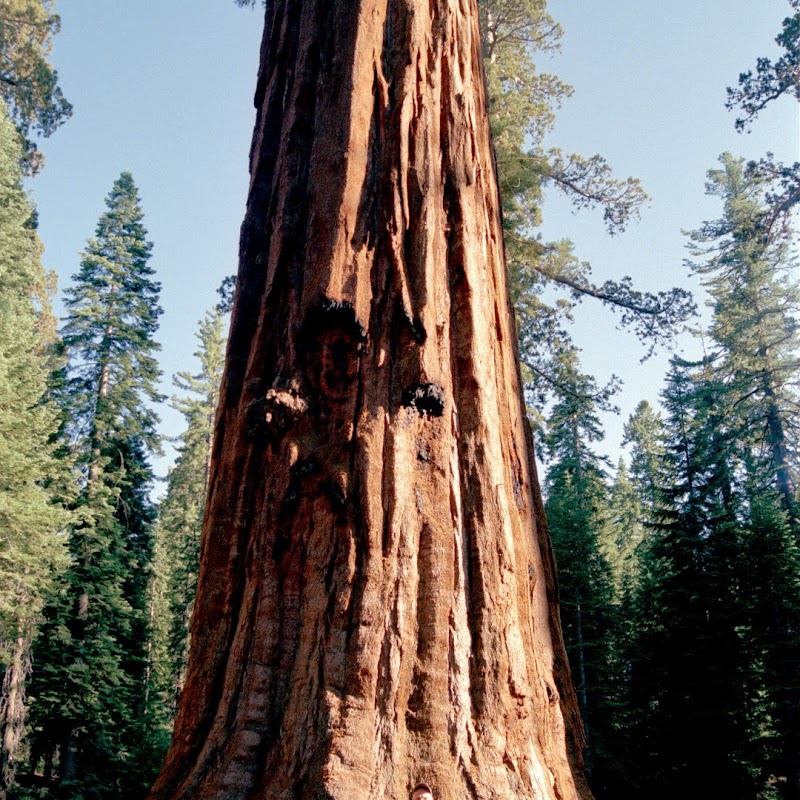 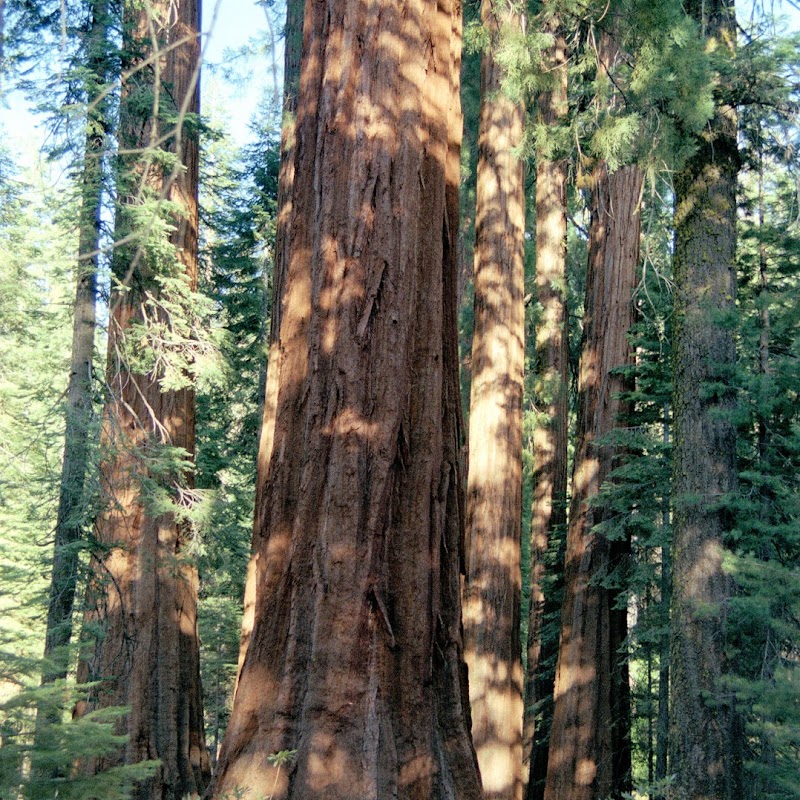 Back home at the hotel saw us munching away in the bar and sampling what to us was a bit of a novelty beer – Newcastle Brown Ale out of a barrel.  This is only the second time I’ve seen it drawn from a barrel, and the other time was 8 years earlier in Flagstaff, Arizona.  In England, even in Newcastle, it normally comes in a pint sized bottle with a half pint sized glass.  The brewery produces special double sized beer mats so you can keep your glass and bottle close together.

I seem to remember a fairly long discussion with the barmaid about nothing in particular, and then retiring to bed with the happy glow of people who drank more beer than was strictly necessary. Let’s get some sleep, tomorrow we’re off exploring again.